Ben Hunter is pleased to present Fortress, a solo exhibition of work by London-based, Filipino artist Nicole Coson. Exploring the liminal space between presence and absence, the authority of the singular object and the possibility of ‘the multiple image’, Coson’s work oscillates between conflating and conflicting realms as well as the economies of visibility and disappearance.

Employing the monotype printing process, this series of unique, monochromatic paintings chronicle the gradual breakdown of a single Venetian blind. Each slat is individually painted and then rolled under the press until the blind’s form is imprinted onto the surface of the linen. Through repeated pressing, the metal blades eventually weaken and begin to deteriorate; the rhythmically meditative horizontal bands of the slats unravel from their tightly rigorous pattern, buckling, and overlapping until voids and cracks appear in their once impenetrable armour, revealing the intrinsic tension between machine and medium. The result is the impression of a presence that is at once there, yet also ultimately inaccessible.

The objects, once defined by their relationship to the everyday ritual of opening and closing, obscuring light or view, are captured and suspended in time, irreversibly caught in a tangle of their own fragility. The strings that race along the vertebrae of the blinds serve as a glimpse into the object’s previous life and function. Transferring these razor-sharp edges onto soft linen grounds them in a renewed materiality. Once hung, the works form a place of meditation and quiet, which captures both the escapist and entrapping aspects of solitude.

Nicole Coson was born in Manila, Philippines in 1992. She completed a BA in Fine Art in Central Saint Martins in 2014 prior to attending the Royal College of Art to pursue a MA in Painting in 2018. In 2020, Coson was selected for Bloomberg New Contemporaries and will be exhibiting in South London Gallery this May 2021. She lives and works in East London. 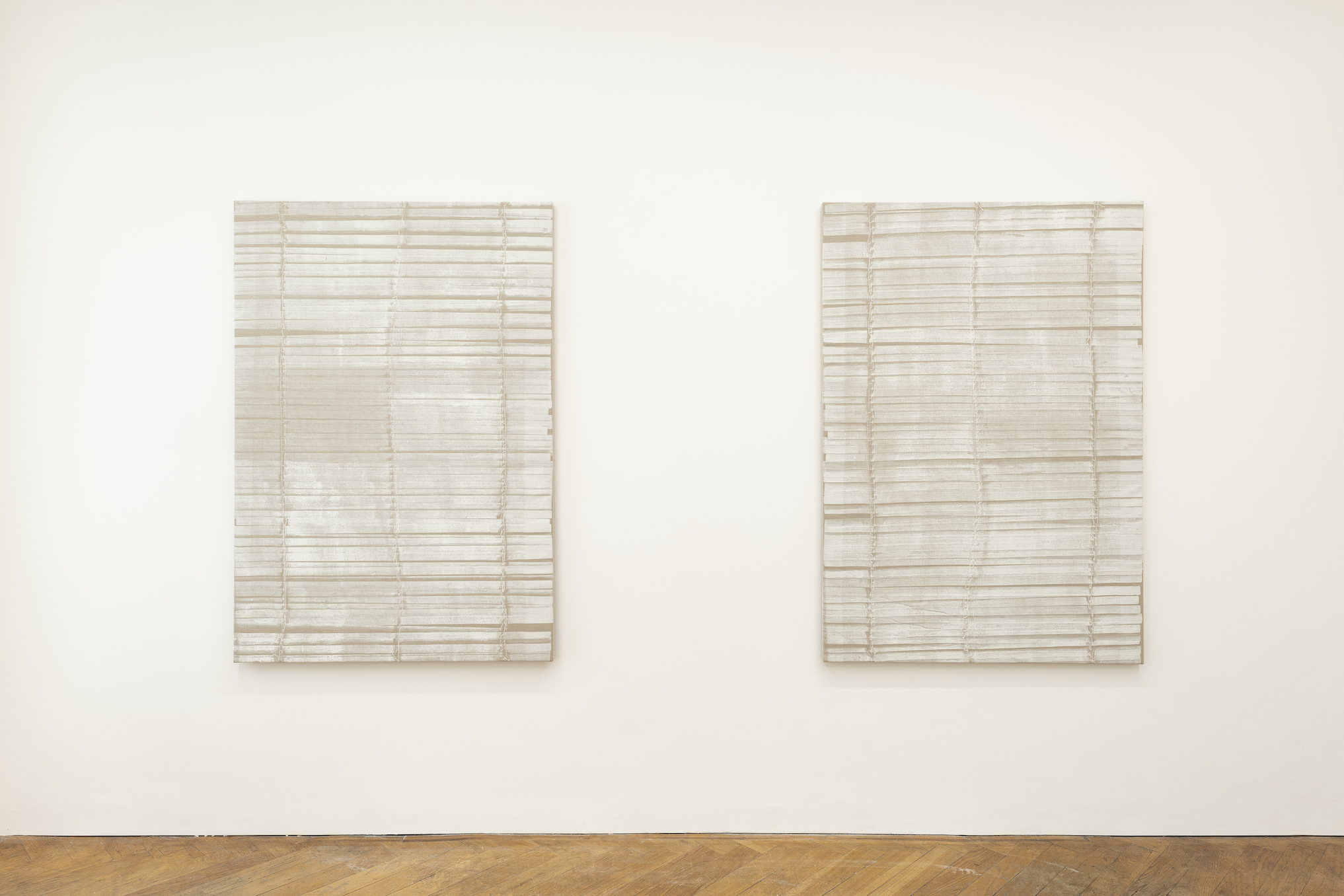 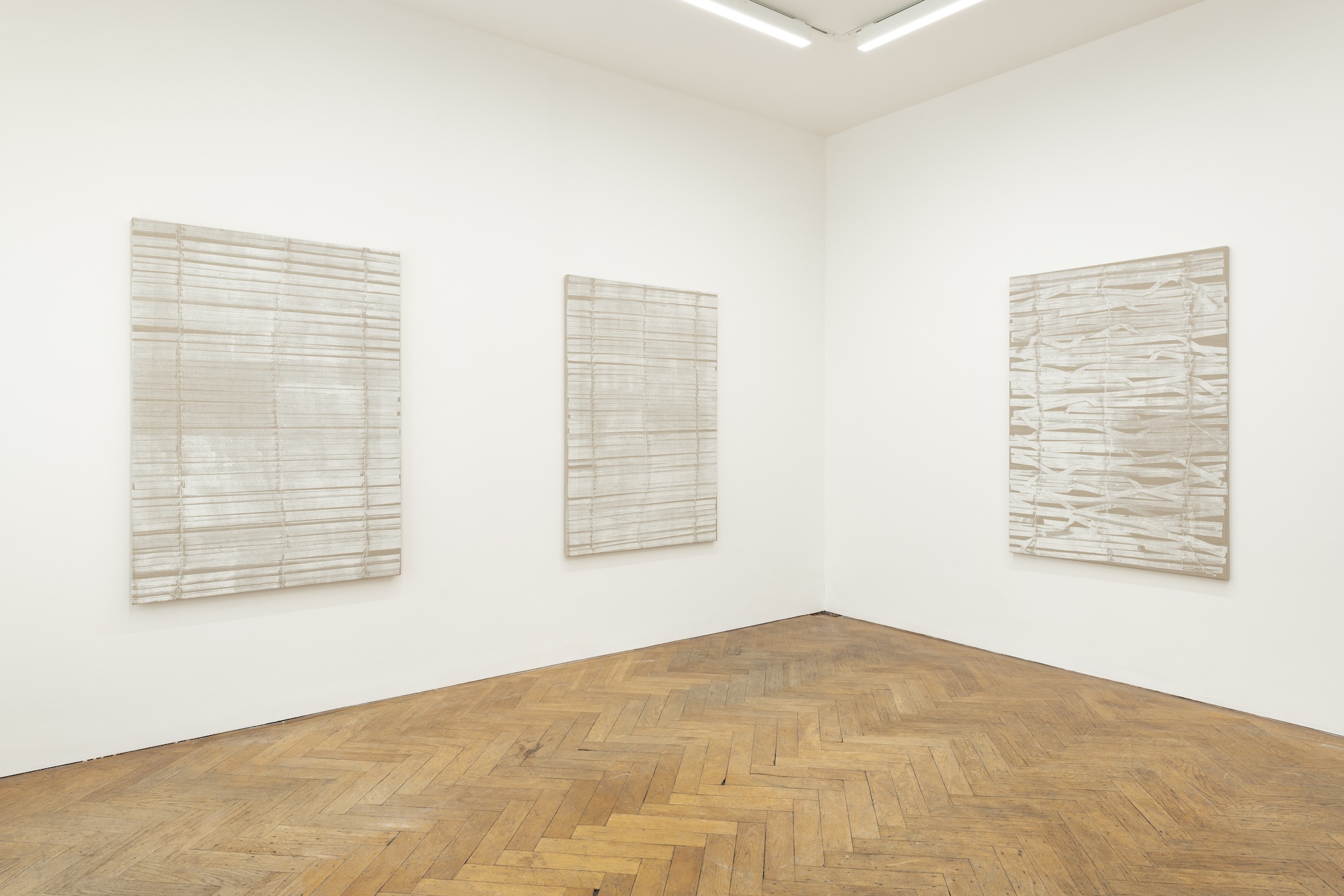 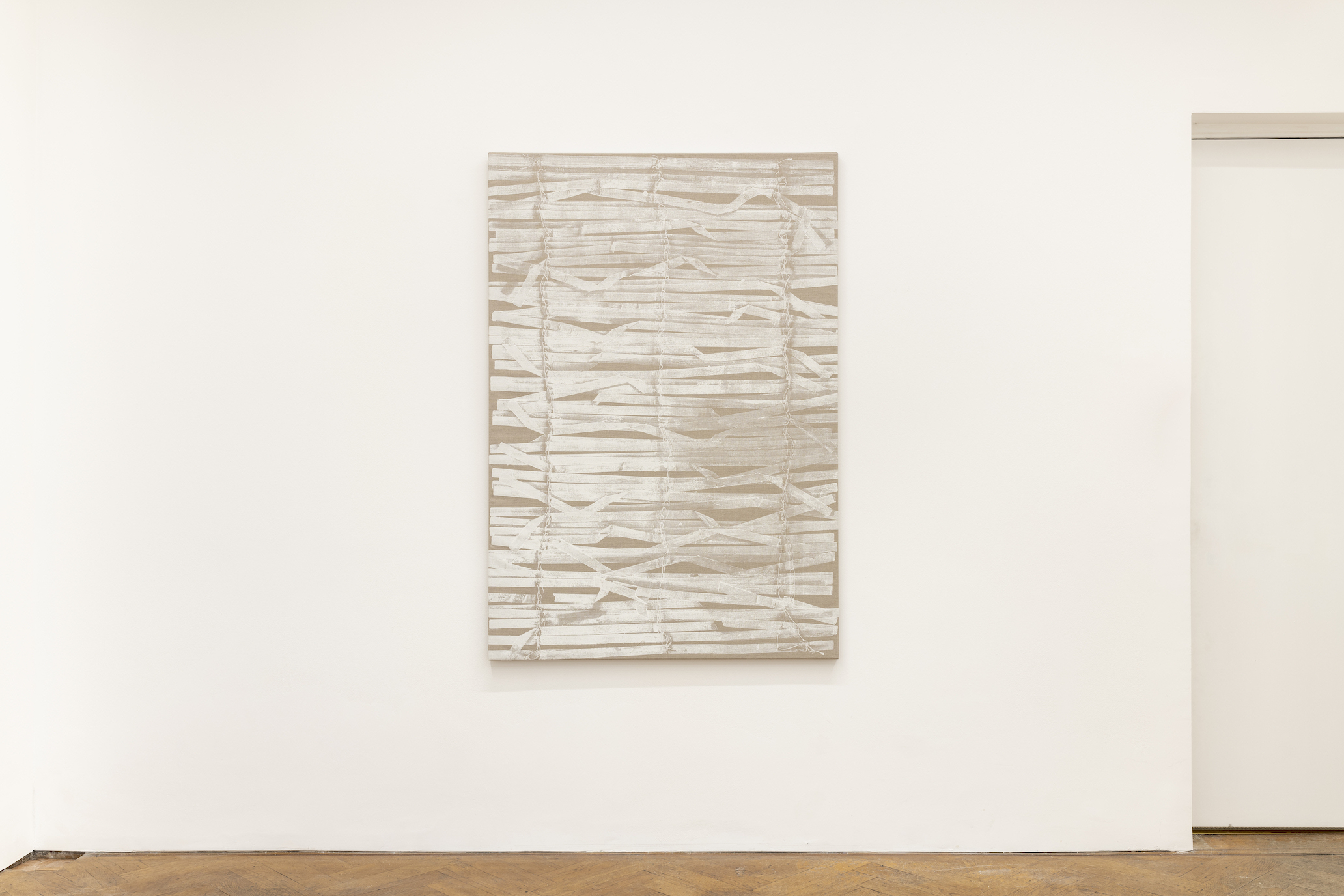 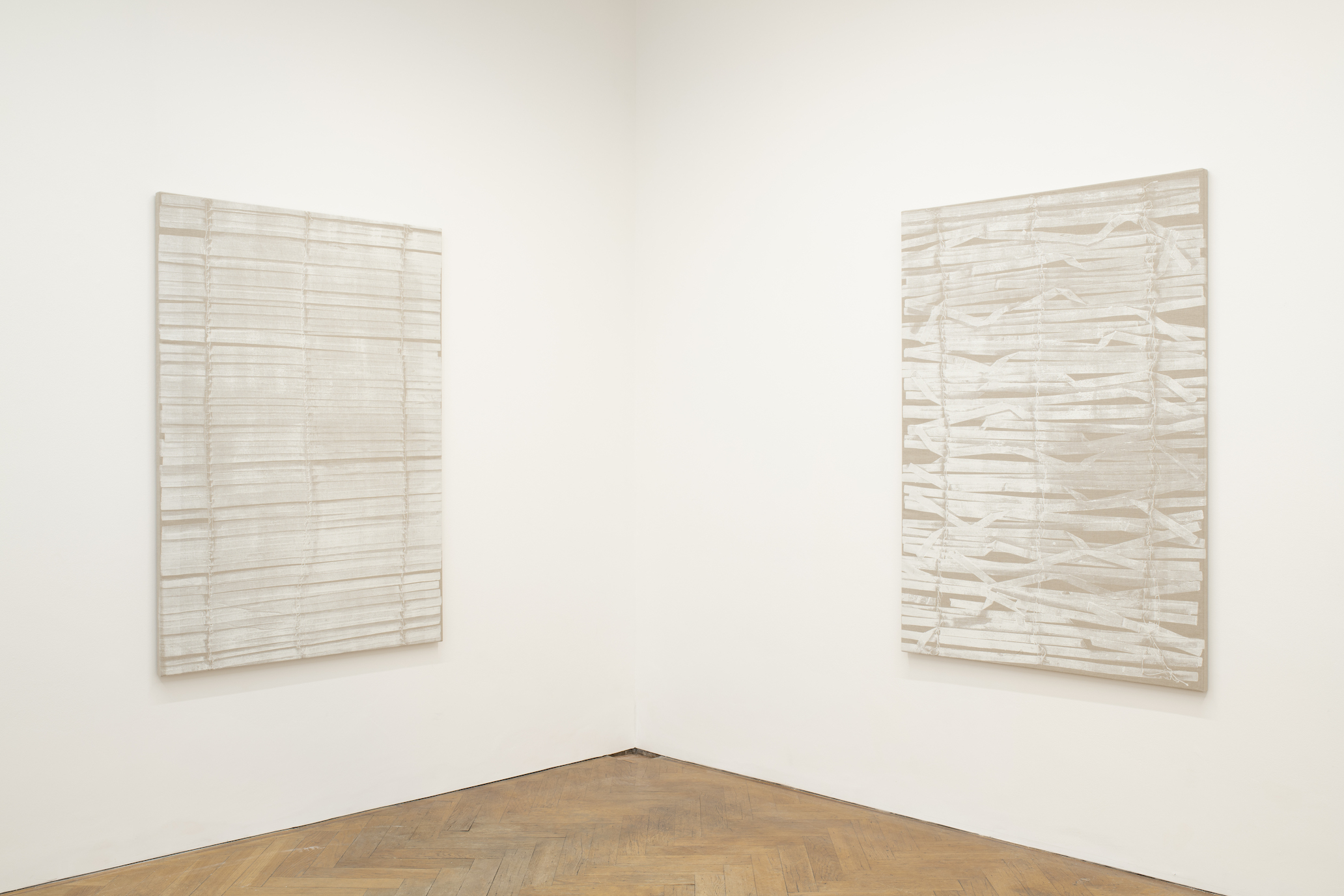 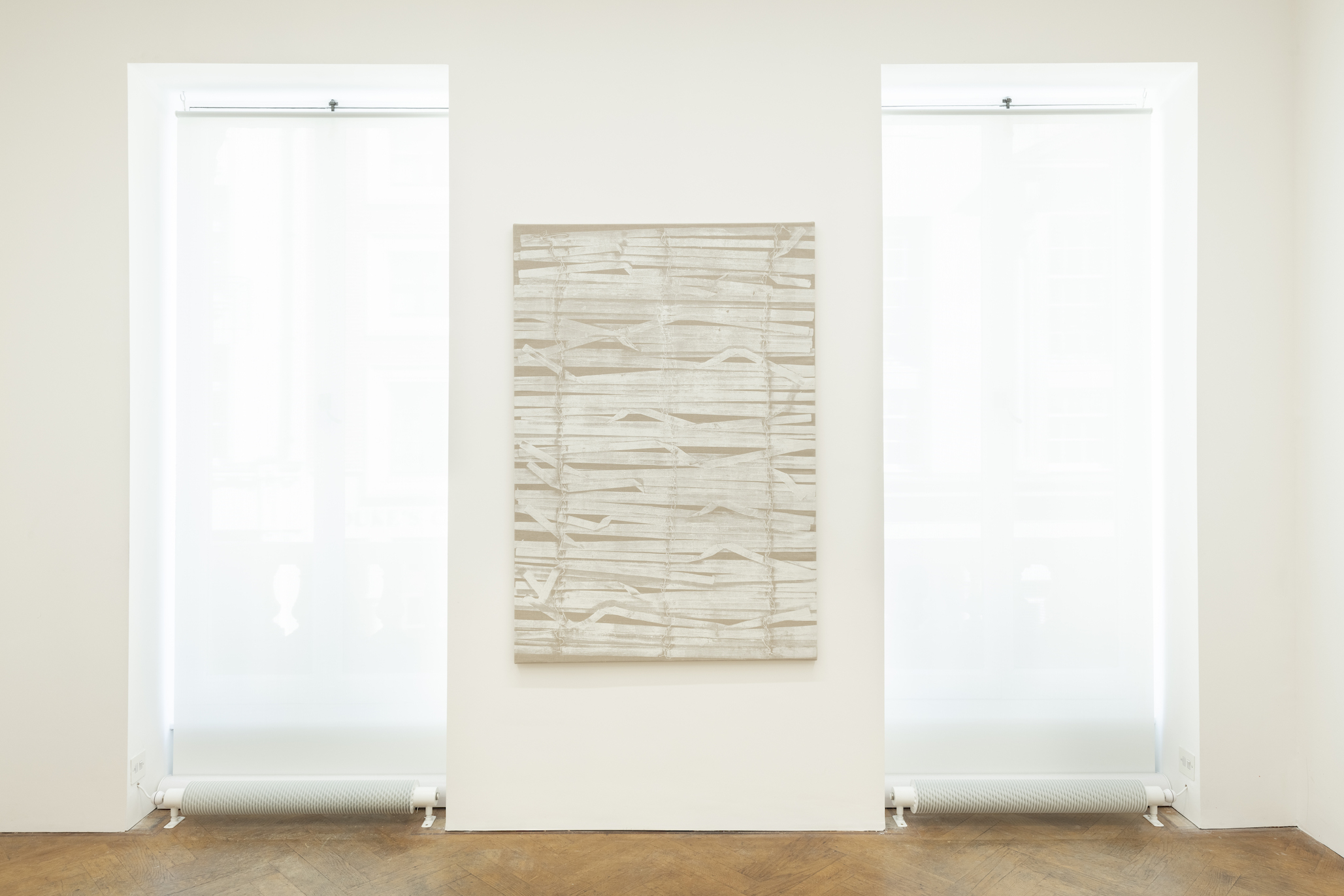 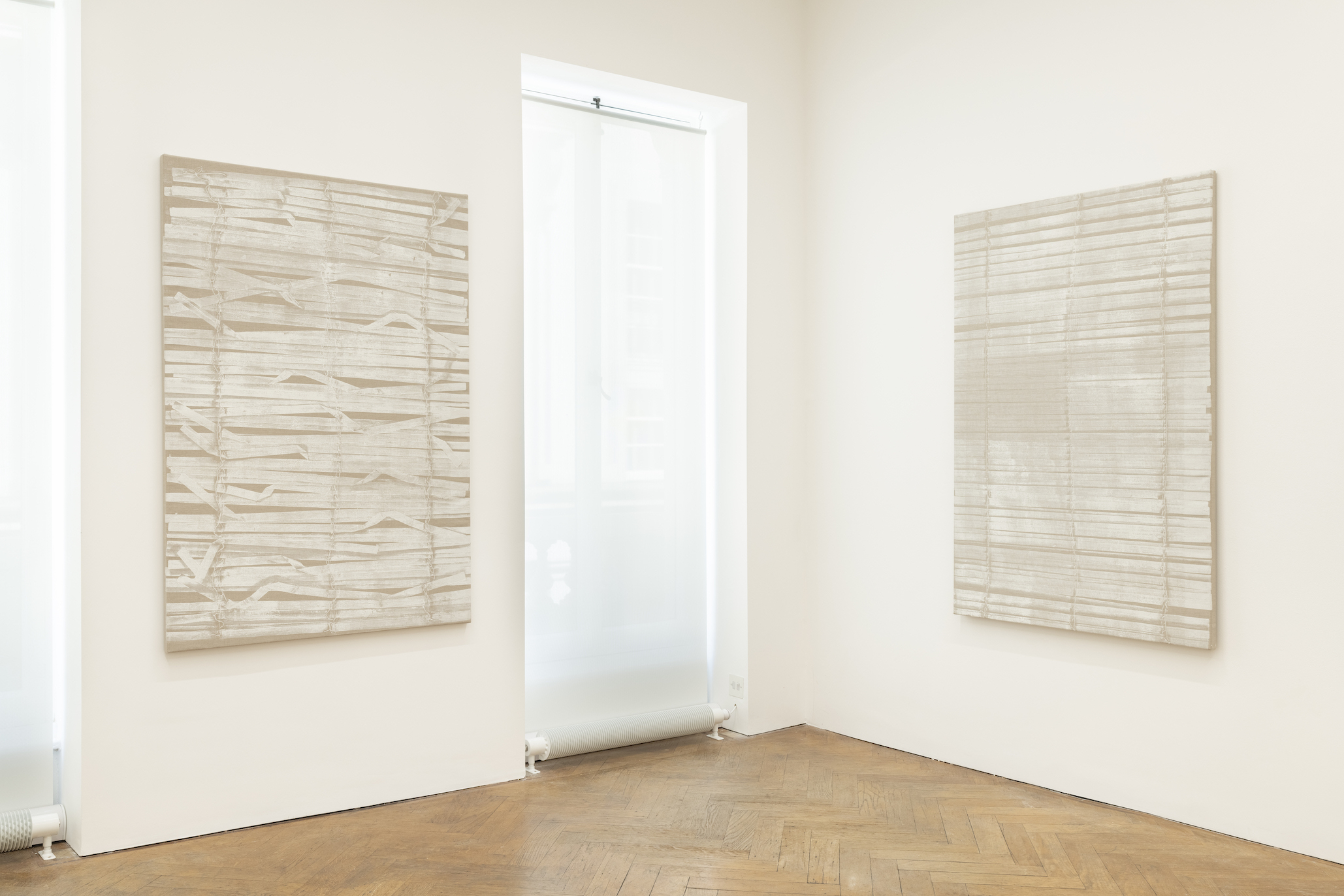 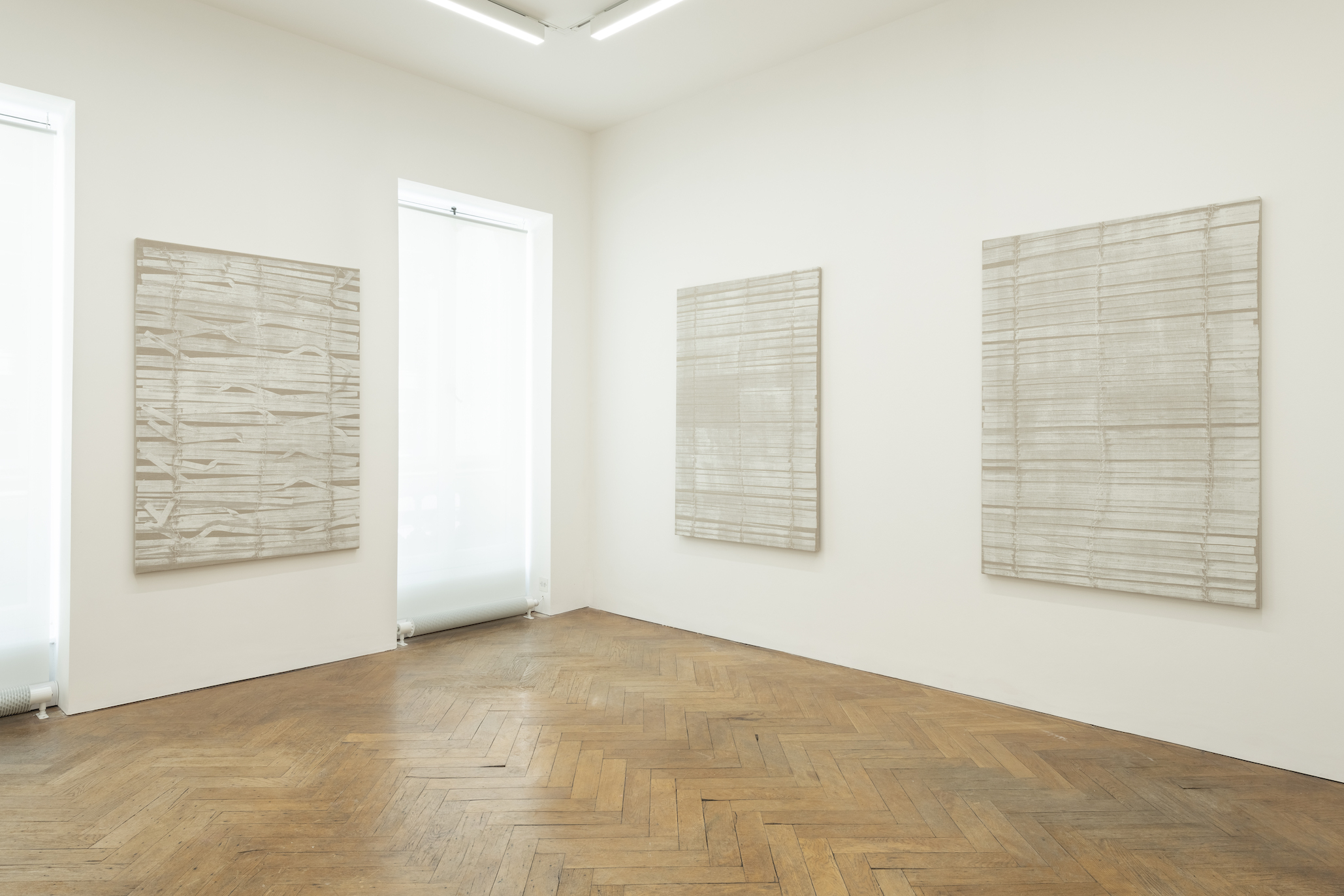 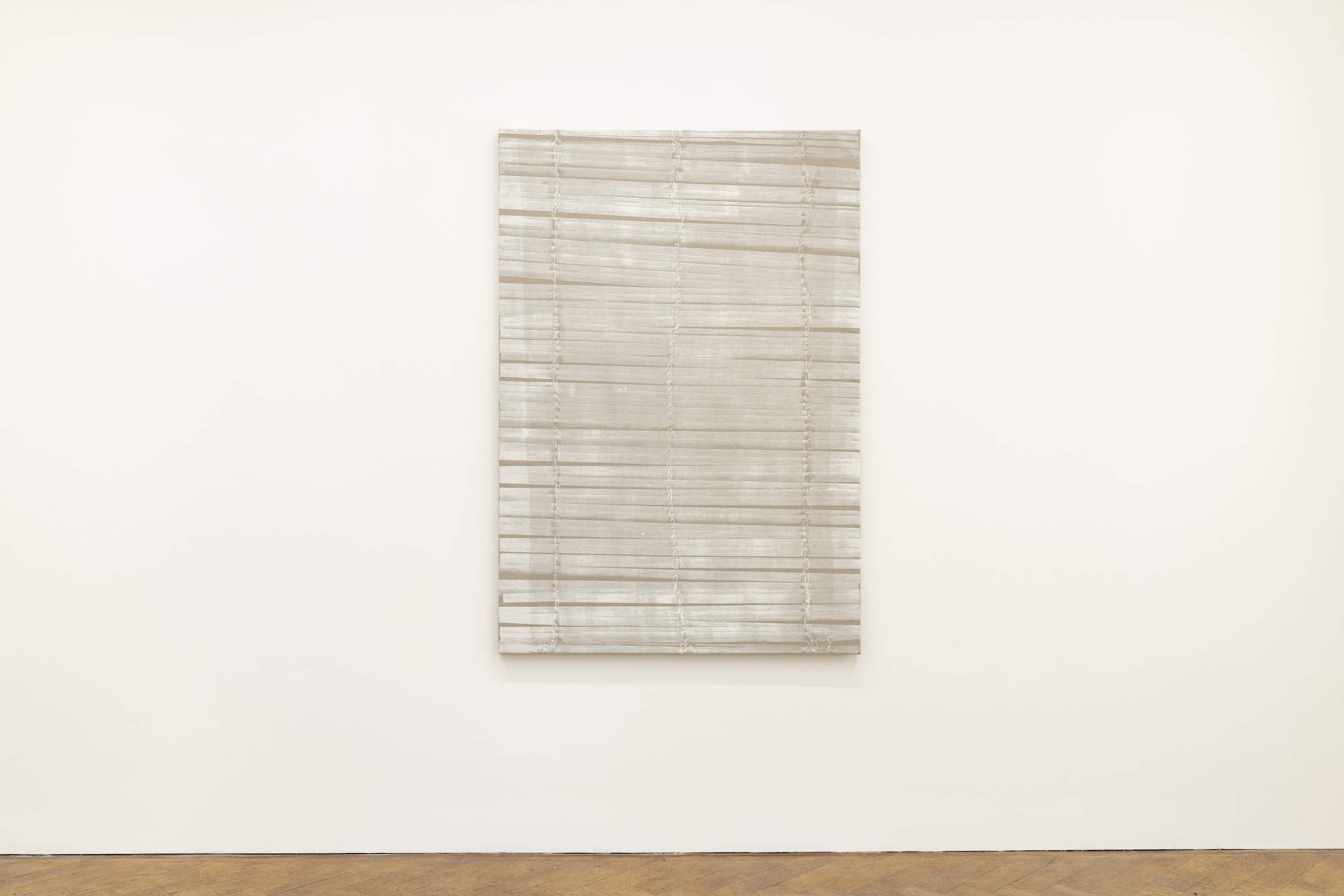