I thought about imagining music as a painting and the show follows through with that.

Alvaro Barrington’s most recent series explores the centrality of music as a constant source of inspiration in his practice, describing these works as the result of his ongoing pursuit to ‘turn physical the music that I love’. Growing up during the 1990s in Brooklyn, New York, Barrington was heavily influenced by the late American rapper Tupac Shakur (1971–1996), whose often autobiographical lyrics describe a world marked by hardship, but also perseverance and celebration. These ideas resonated with Barrington’s own environment and are reflected in his works, which he infuses with references to his personal and cultural history. ‘When you look at my paintings, you’re encountering parts of my identity,’ he explains. ‘I grew up in a culture where it was really about erasing hierarchies, where we’re all participating in cultural production.’

The exhibition’s title La Vie en Rose references Tupac Shakur’s autobiographical poem ‘The Rose That Grew From Concrete’, which explores the potential for beauty and fragility to arise from harsh surroundings. The artist explains that he pursued ‘this idea that even in the toughest conditions there are people that are beautiful and fragile and tough – all the kind of qualities that you see in a rose.’

The poem encapsulates the division between nature and city, while offering up the tenacity of the urban rose as a symbol of hope:

Did you hear about the rose that grew from a crack

Funny it seems, but by keeping its dreams,

Long live the rose that grew from concrete

when no one else ever cared!

In the past, Barrington has made the rose a central motif, most recently in the work A Rose for a Rose (2021) that he dedicated to the artist Rose Wylie and which was shown at the Hayward Gallery, London in Mixing It Up: Painting Today (2021). For this new series, he developed this thread, spinning it into a multilayered reconfiguration of the subject. Internalising the metaphor of the urban rose, he transformed the idea into drawings and paintings. The works were not only based on fragile, real roses but also sculptural representations of the flower in materials such as marble or metal.

His sculptural references include Isa Genzken’s towering roses, which are installed in public spaces in New York City and Hong Kong as a celebration of beauty and fragility in the heart of the concrete jungle. Drawing upon his love of art history, in these new paintings Barrington also reflects on the work of Pablo Picasso, whom he greatly admires and whose painted figures from the early 1920s encapsulate sculptural qualities. Created in the aftermath of the Great Influenza pandemic of 1918, they convey a sense of gravity that Barrington seeks to mirror in his depictions of the rose and the differences in its materiality.

Barrington is known for the variety of non-traditional materials and techniques he uses – including wood, charcoal, burlap, cardboard, found objects and yarn – often with links to his own past. ‘I feel every material. I try to be very careful with the choices. It‘s not just randomly on the canvas.’ A recent development in Barrington’s practice is the use of concrete – referenced in Tupac’s poem – like paint on the cardboard surface. It was prompted by a desire to convey a sense of the cityscape and urban surroundings that were part of his upbringing in New York City. ‘Cement holds this memory of being a kid and when they would put a pavement on the street, as kids we would put our feet in there or draw all over it. And that was one of our first real sites of drawing and painting. Cement has this history of drawing that I needed to pull apart.’

Born in Caracas, Venezuela in 1983, Alvaro Barrington was raised between the Caribbean and Brooklyn, New York by a network of relatives. He studied at Hunter College, New York, and The Slade School of Fine Art in London, where he started lecturing in 2019. His first solo exhibition, which opened the same year he graduated, was curated by Klaus Biesenbach at MoMA PS1, Queens, in 2017. His work has since been shown in numerous solo and group shows, including SPIDER THE PIG, PIG THE SPIDER at the South London Gallery, London (2021), Mixing It Up: Painting Today at the Hayward Gallery, London (2021), A Taste of Chocolate at Thaddaeus Ropac, London (2018) and his ongoing Tt x AB collaboration with the painter Teresa Farrell. Barrington co-curated the exhibition Artists I Steal From with Julia Peyton- Jones at Thaddaeus Ropac, London in 2019, followed by his solo exhibition You don’t do it for the man, men never notice. You just do it for yourself, you‘re the fucking coldest at our Paris Marais gallery in 2021. Barrington lives and works in London. 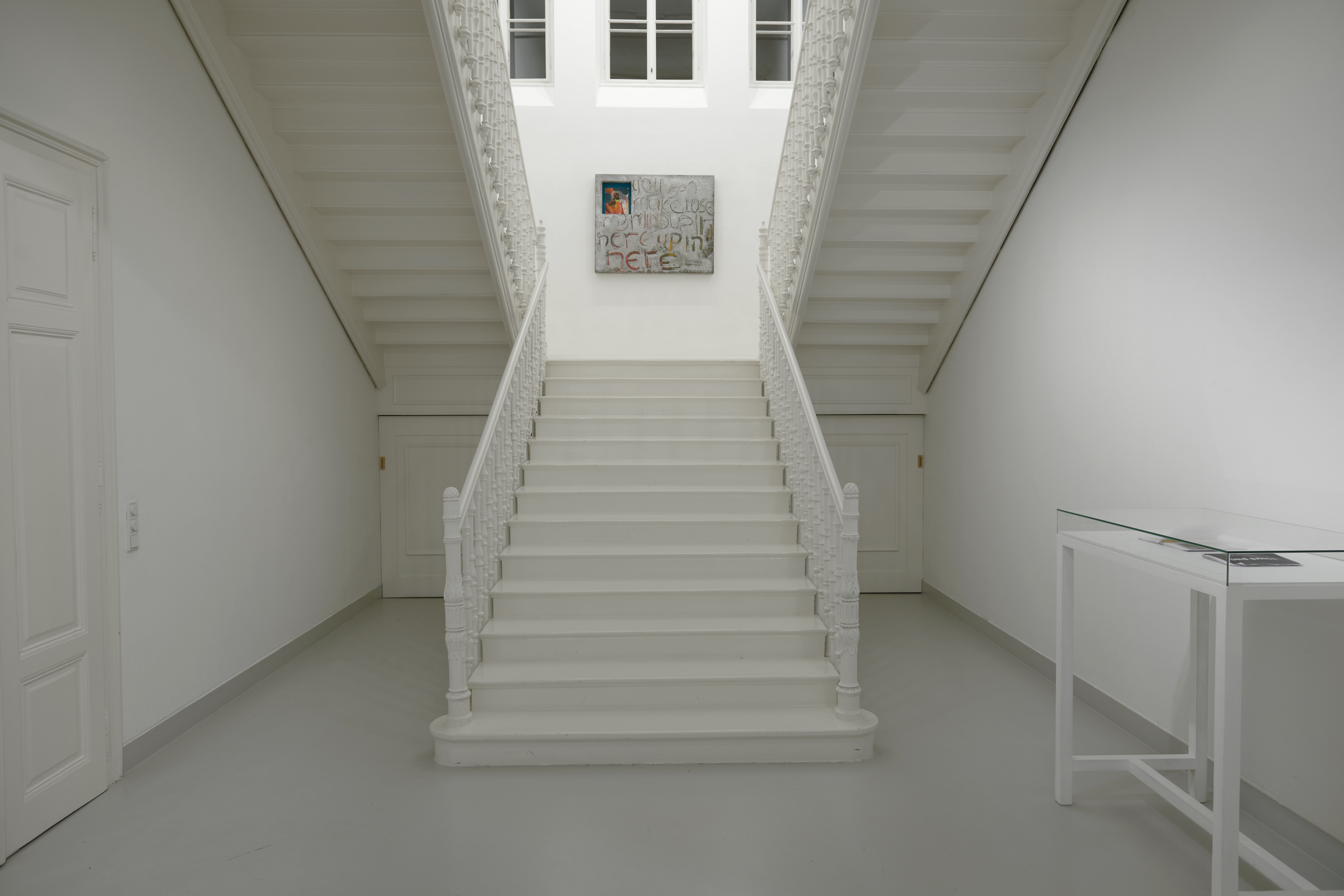 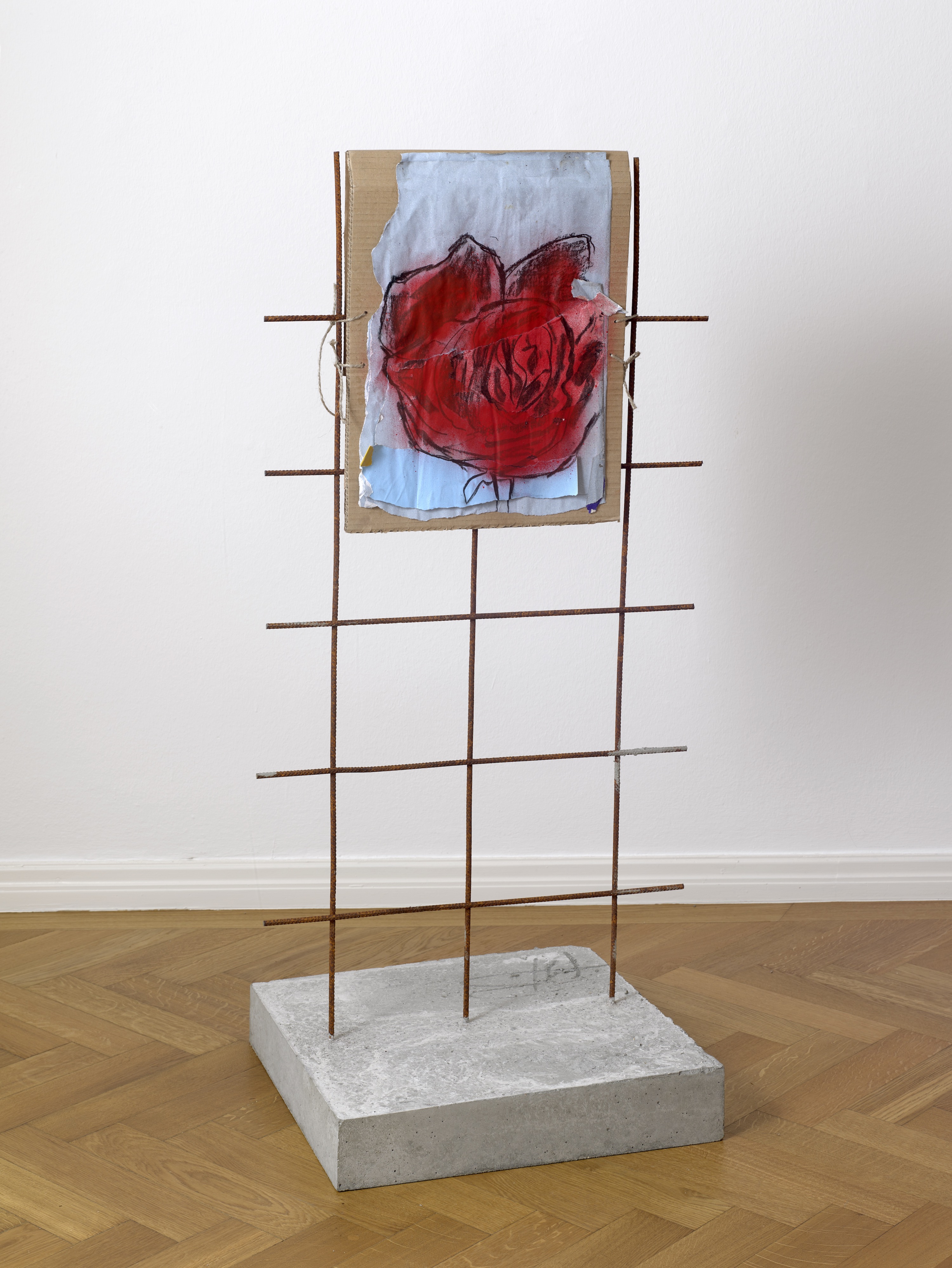 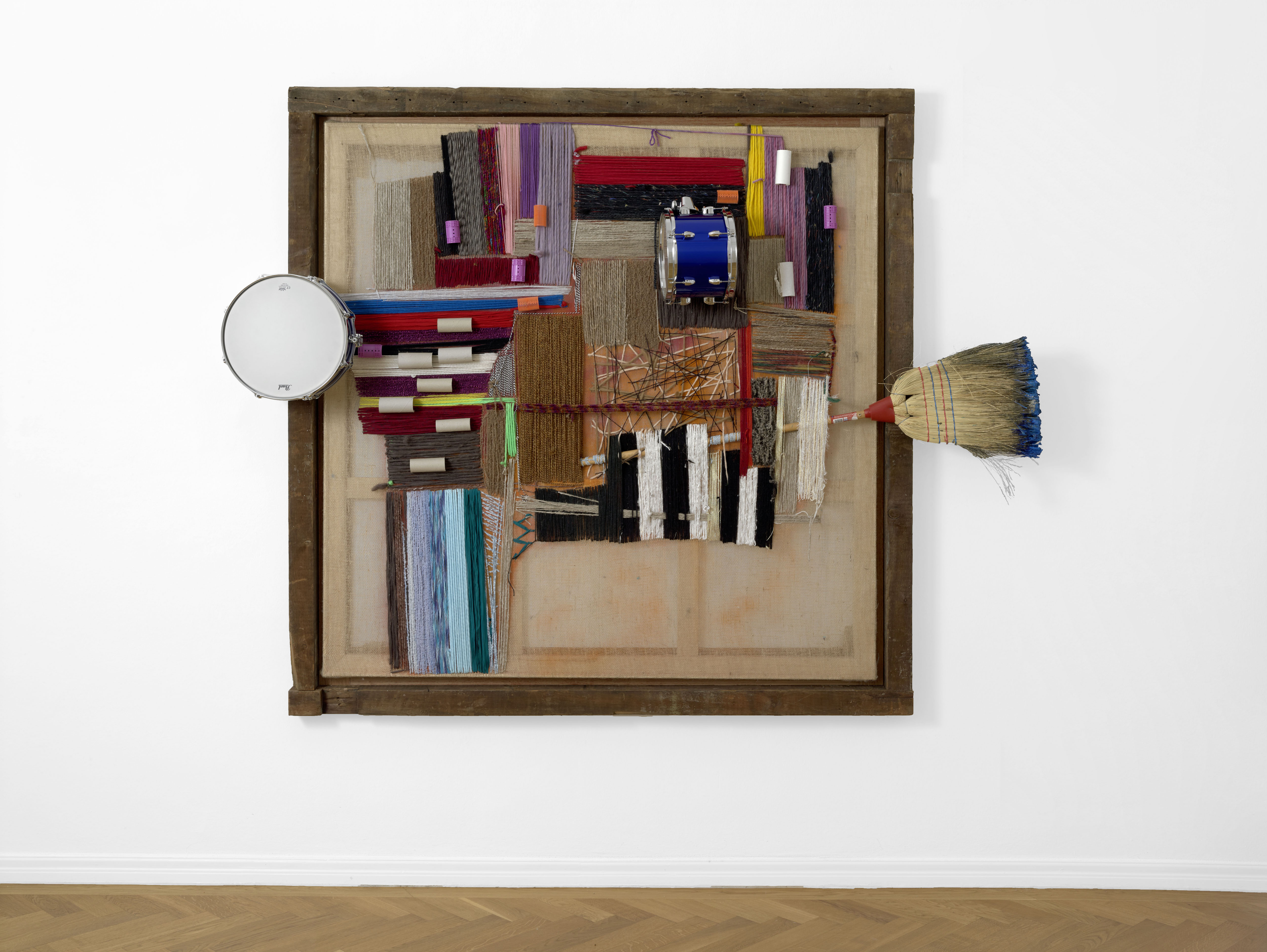 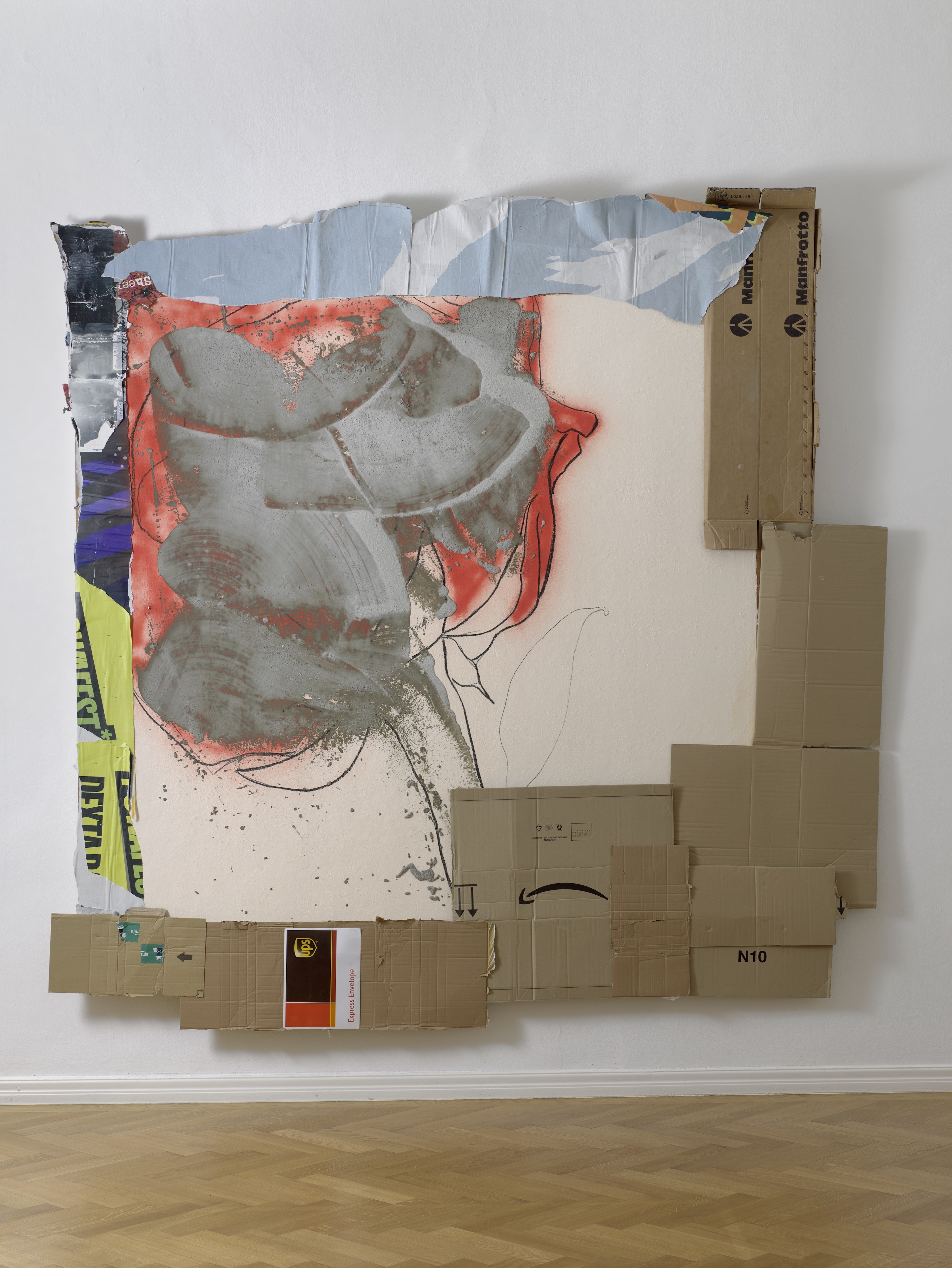 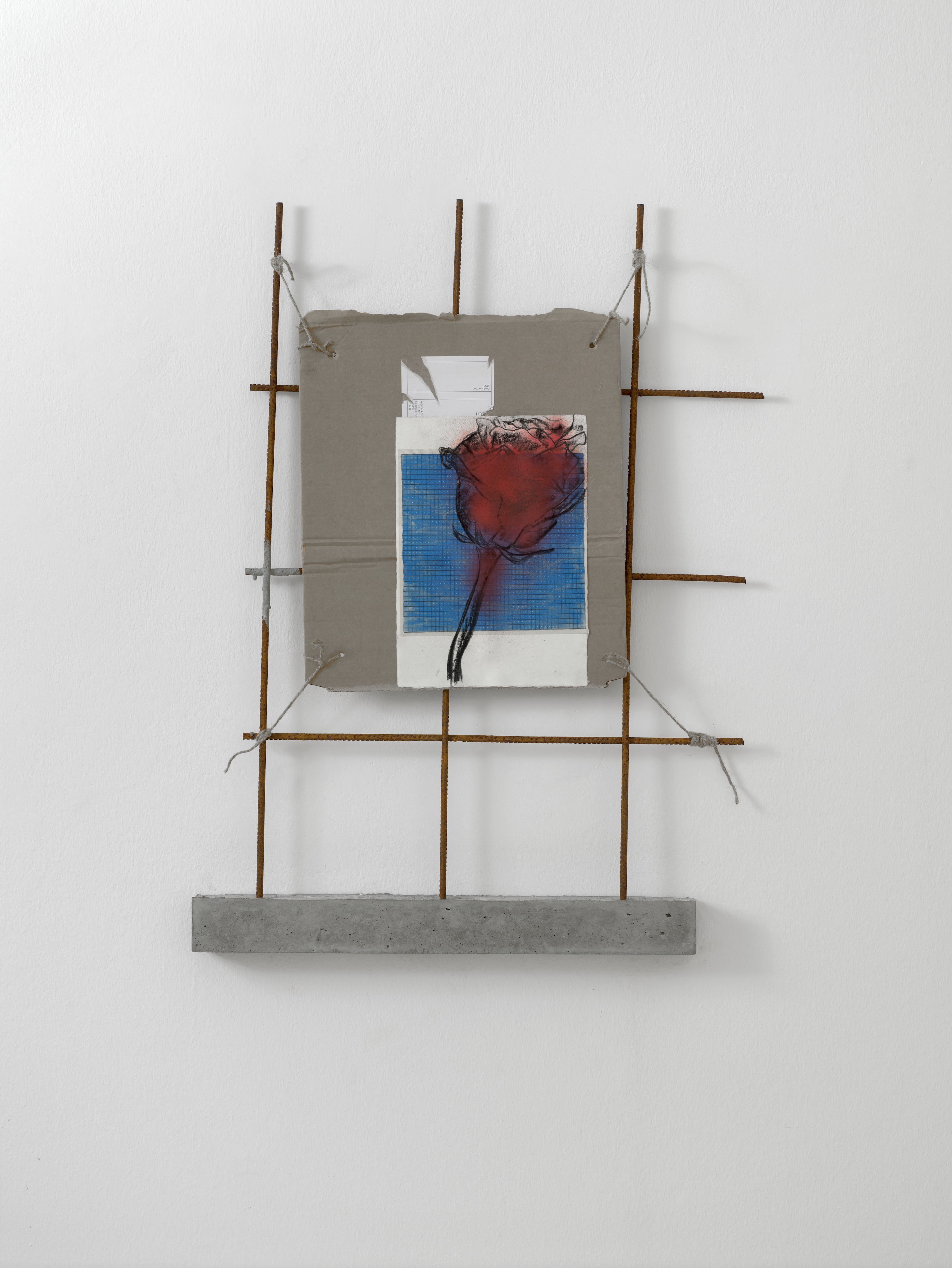 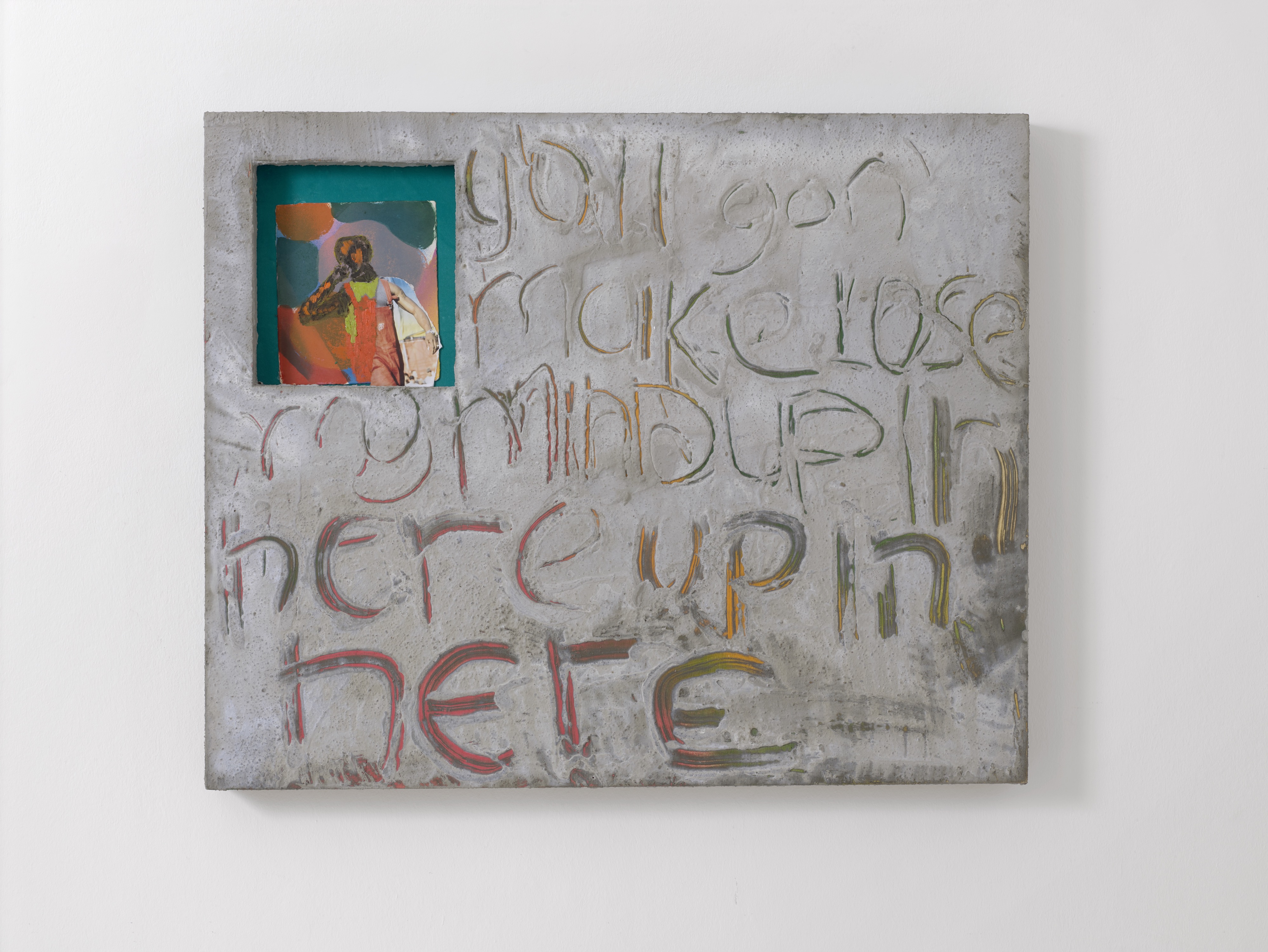 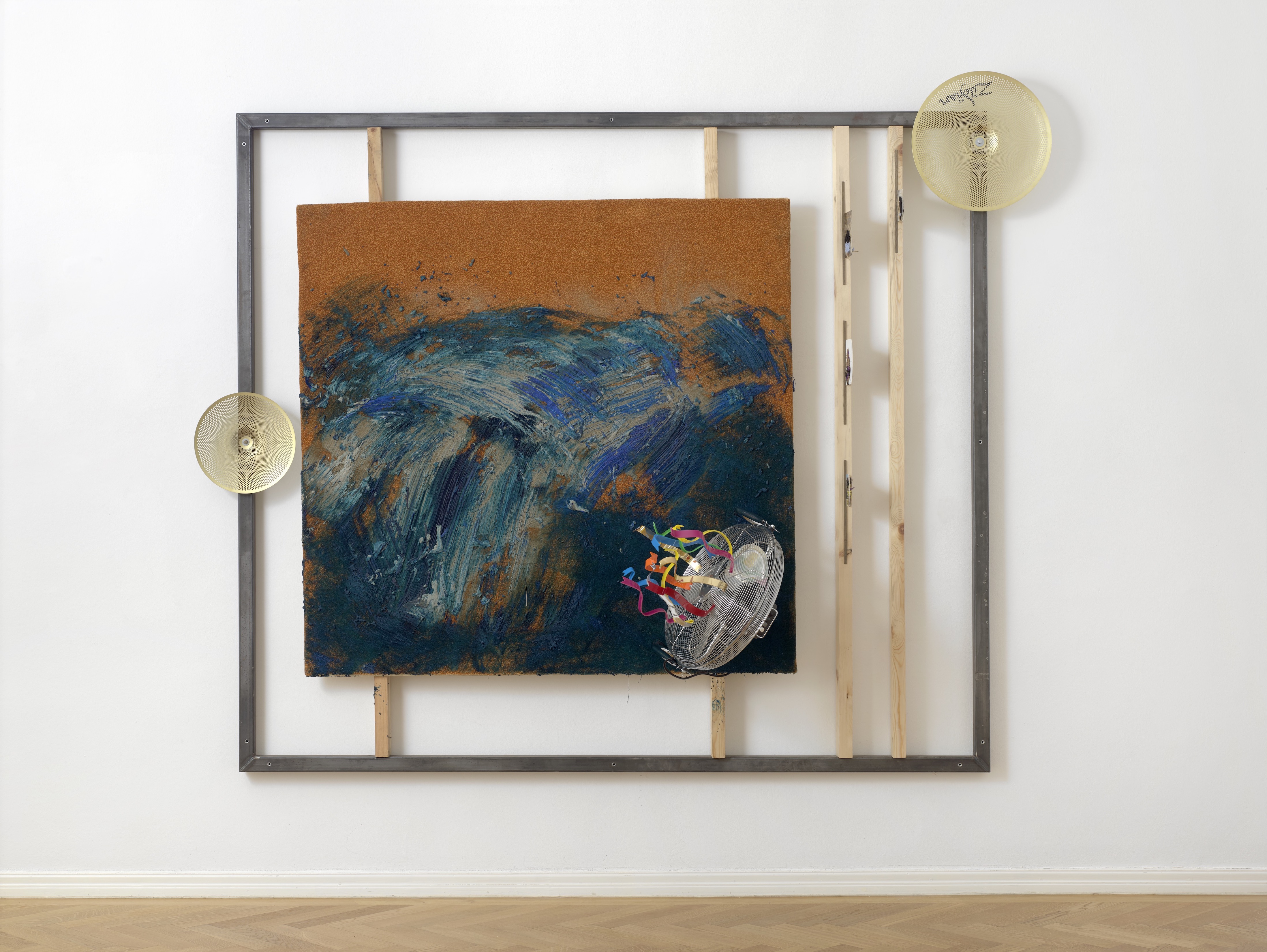 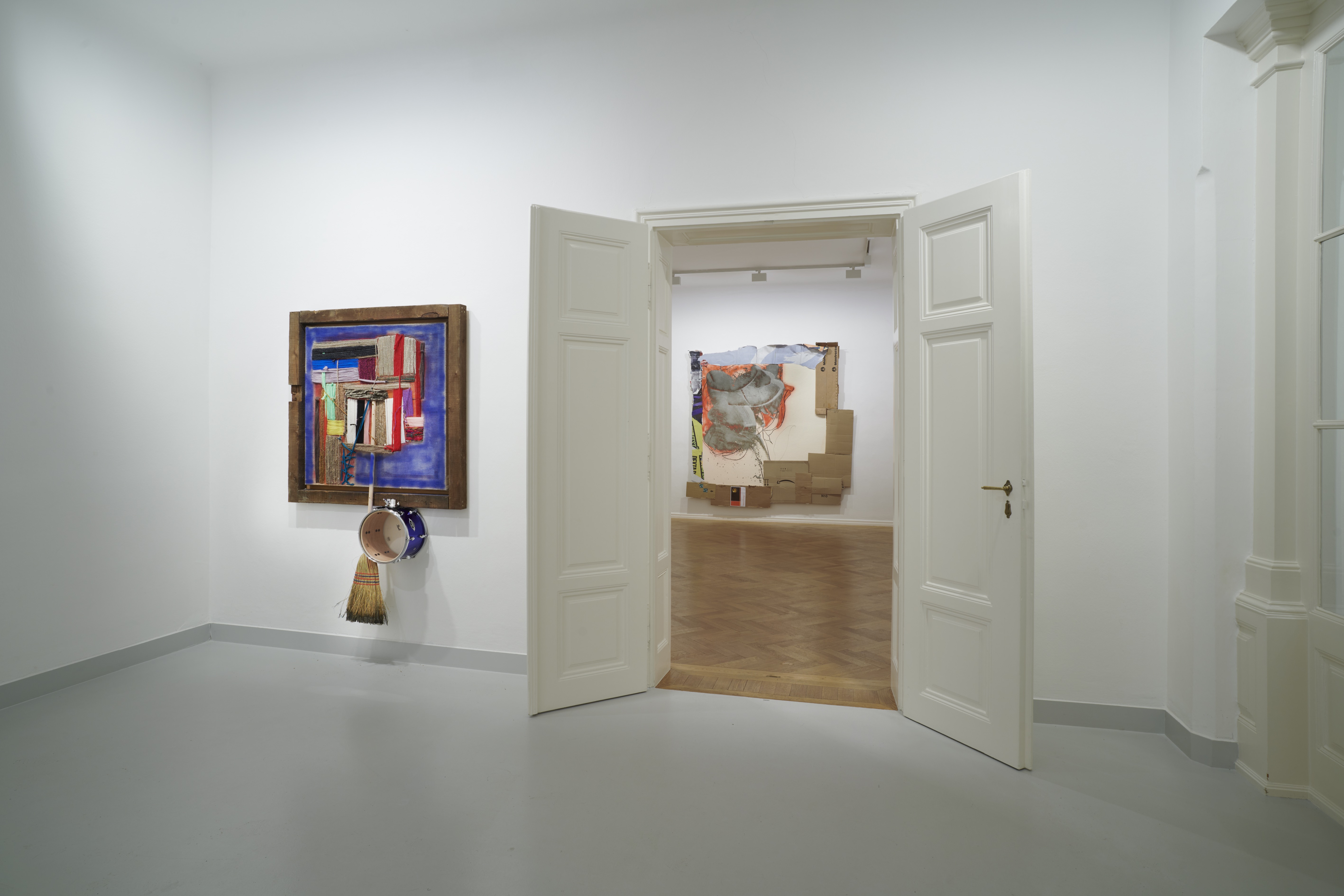