Bortolami is pleased to announce Rebecca Morris’ first exhibition with the gallery, a diverse group of newpaintings made within the past year. Based in Los Angeles, Morris has spent the past two decades of herdistinguished career expanding her own personal and idiosyncratic vernacular of abstraction.

Morris' paintings often include organic shapes separated by jagged borders, a constellation of pigmentswhich recall maps or aerial landscapes. Oils are thinned to the point of watercolor and judiciously appliedfrom above. Morris positions her large canvases face up on the floor so that the thin paints do not drip rightoff the surface. As most paintings are significantly larger than her own body, she glides just above them oncustom-built scaffolding, a literal bridge on wheels which allows her a greater opportunity to direct theunruly, fluid color.

For other paintings, Morris takes canvas floor tarps which had been laid on her floor, accumulating errant paint drips and shoe prints, and stretches them into wholly new compositions. These matte grounds are often contrasted with thin lines or wide swaths of thick oils which are masked off and spray-painted silver or gold. The outcome looks like soldered metal, a feature that Morris likens to tig welding or, in an art context, the signature on an Alexander Calder mobile.

The artist's distinct and constantly evolving motifs include step patterns, checkerboards, stylized grids and overlapping hook shapes the artist refers to as “lobster claws,” a nod to her upbringing in Connecticut and appreciation for maritime iconography. These different typologies of paintings are sometimes combined to make hybrid works. These are not "sister paintings" so much as cousins in a long lineage of studio experimentation which yield dynamic, surprising results. Morris works similarly with color, sometimes attempting the "ultimate" painting in an unexpected palette of red, mauve or charcoal, disguising various other pigments in plain sight to better punctuate her opulent, power clashing patterns. 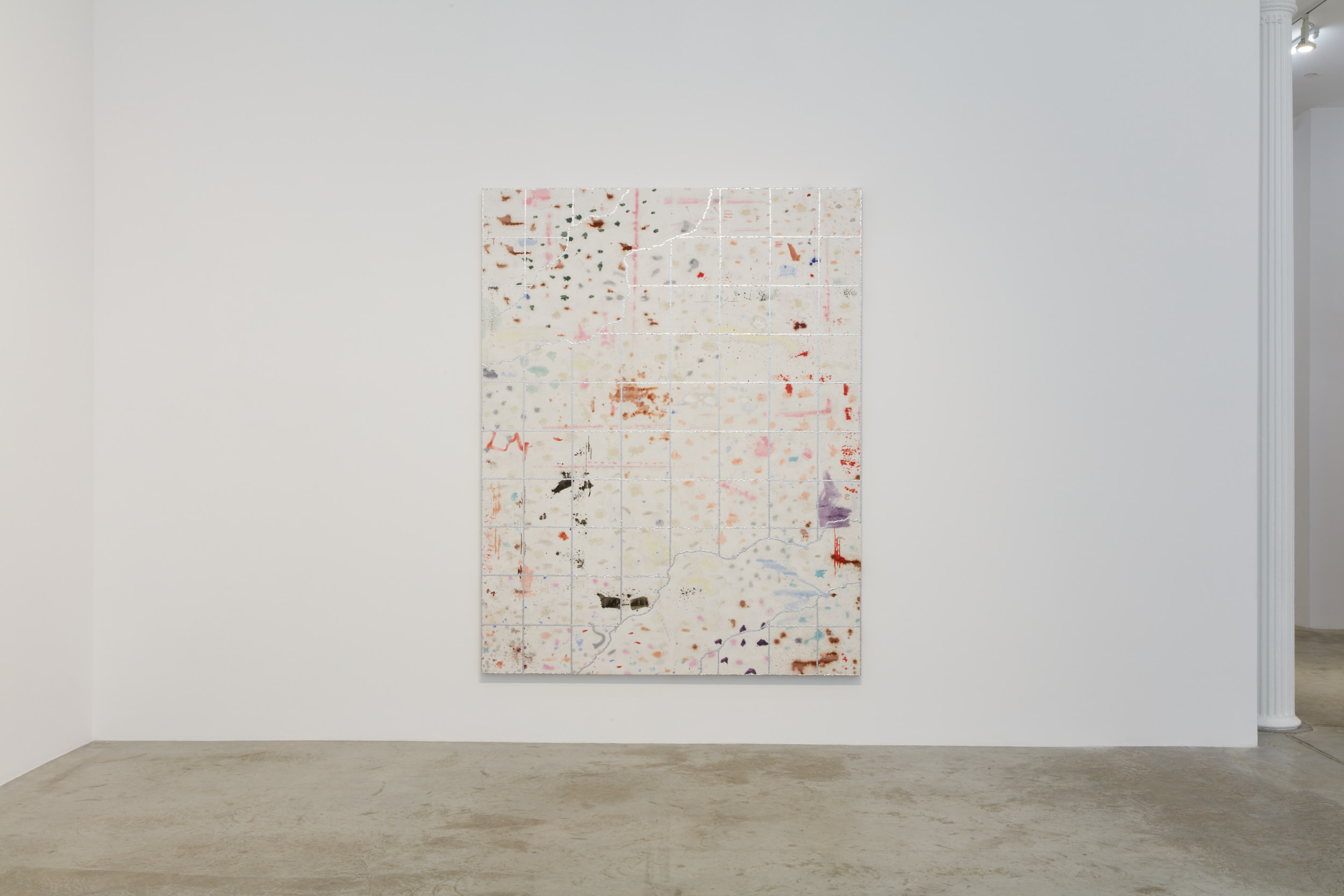 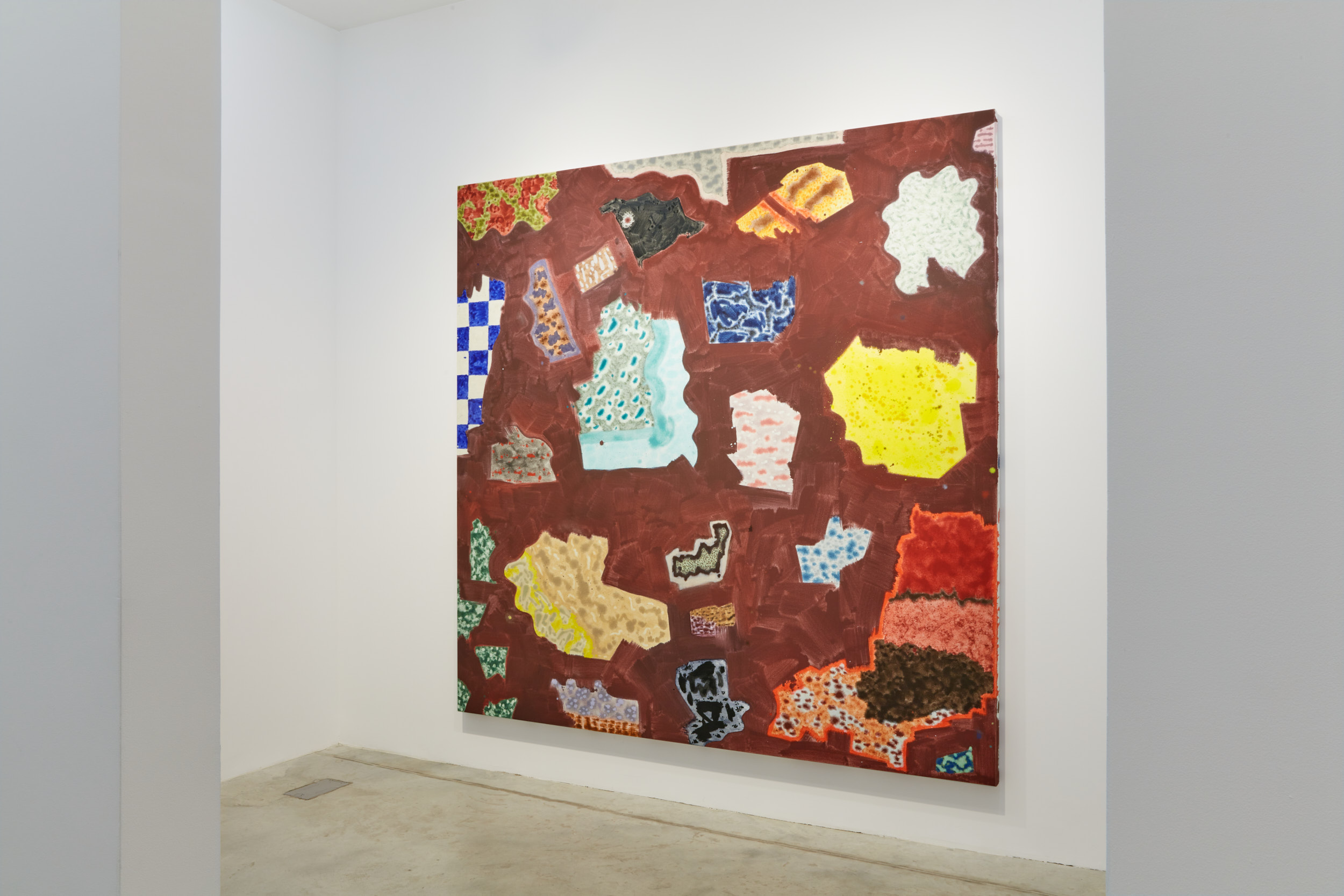 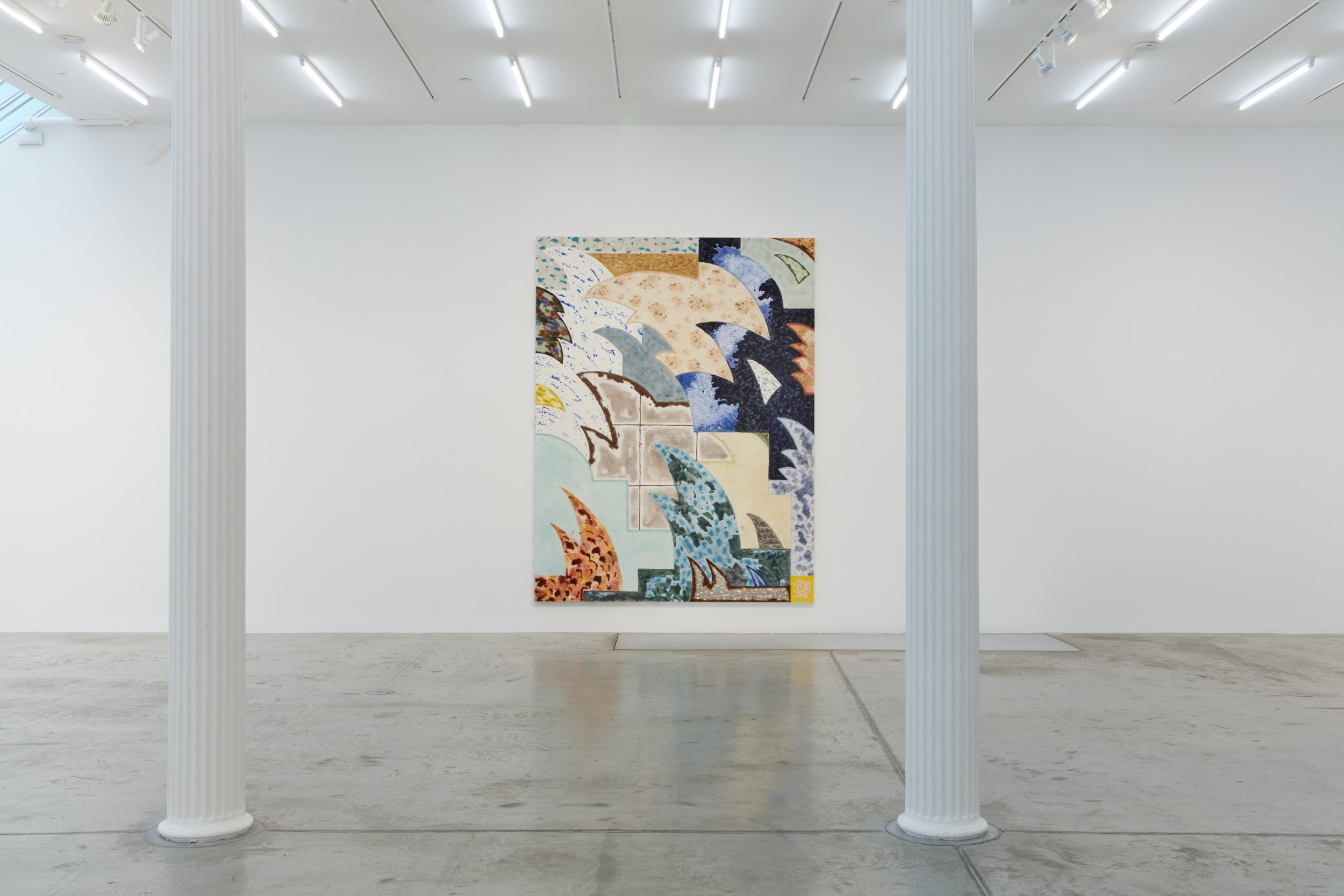 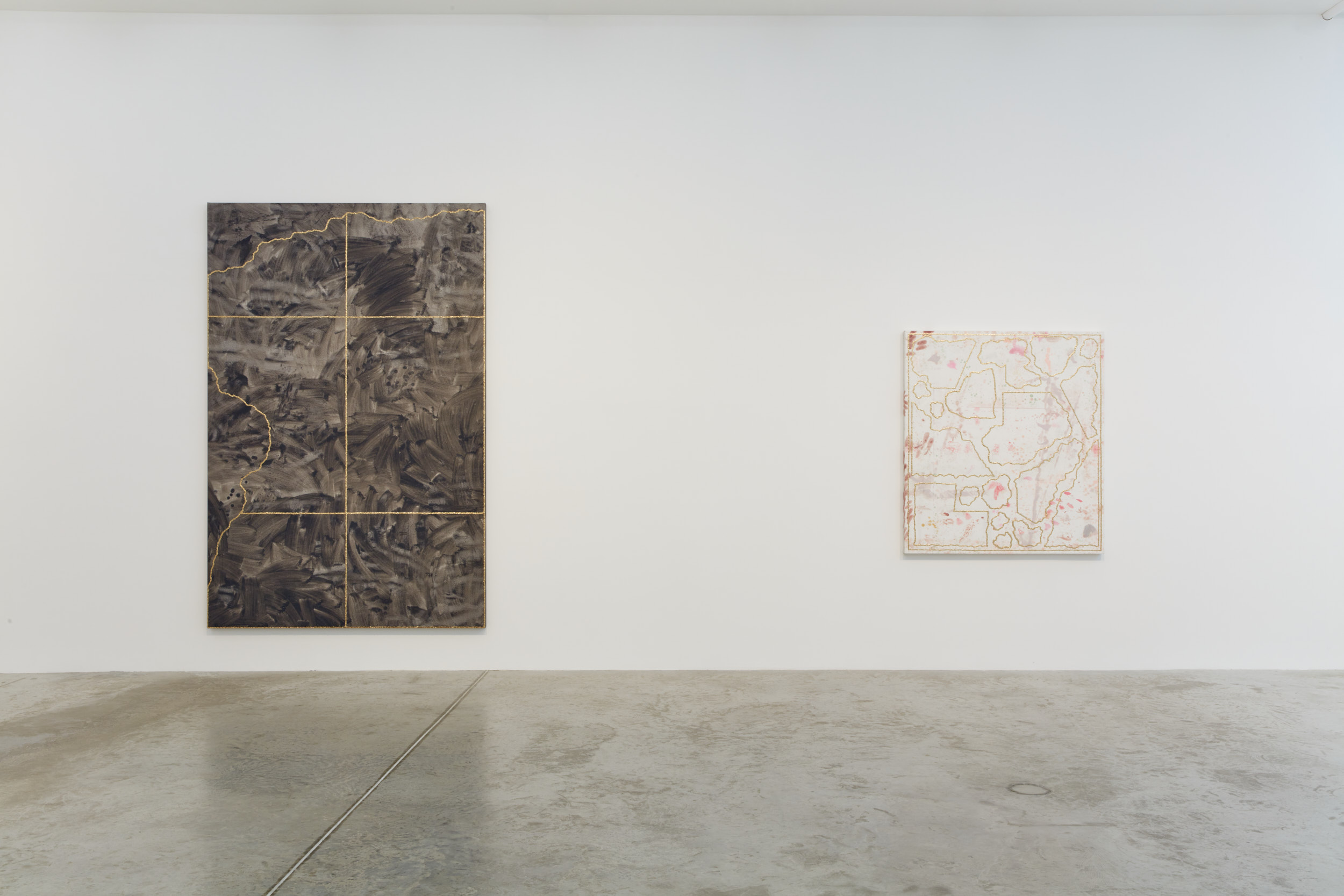