It can't be that cold

Monika Sprüth and Philomene Magers are pleased to announce David Ostrowski’s first solo exhibition at the Berlin gallery. The artist’s most recent works show a further mining of painterly codes and non-motif, though they also mark Ostrowski’s first systematic approach to the color gray.

In an echo of his earlier white as well as black works, Ostrowski pursues the idea of total reduction and a deliberate break with painterly traditions and precepts. Once again he strives for the "zero point" of painting, fully cognizant of the fact that any attempt is bound to fail as every artwork is entrenched in the culture in which it emerges, and the visual vocabulary from which it draws. The seeming emptiness of the canvas becomes an expression of this artistic self-emptying. Moreover, the artist’s engagement with emptiness can also be understood as a grappling with the history of painting itself: What constitutes painting?

The materials and palette of the new works reflect the deliberate, radical reduction in Ostrowski’s art: Even the color is a conventional, "neutral" gray that can be purchased in any number of hardware stores, not a hue that Ostrowski mixed himself. Still, what might at first glance appear to be a monochrome surface is, upon closer inspection, multi-layered and complex. Copious layers of paint are applied to differently-sized canvases (some new, some reused); the artist often paints over his own work while leaving isolated shapes exposed and highlighting or adding to them. It is a process that is also reflected in the dating of his paintings, some of which indicate two different years of creation (e.g. 2008/2020 or 2005/2021). The revealed underpainting becomes something of a window that both enables a peek behind the gray façade and underscores a sense of depth. It lends the work a certain three-dimensionality, and also creates moments in which the surrounding space come to bear in the composition. Certain works find Ostrowski extending the overpainting all the way to the frame, so that it also becomes part of the painting’s overall surface. A closer look often reveals traces of dirt, bits of paper, and leftover tape residue. Ostrowski’s painting process is deliberately laid bare, giving his works a collage-like quality.

The three-dimensionality of the painted surface is translated into space via the specific, focused installation of the works in the room. Five works are suspended from the ceiling in a centrally arranged row. Dividing the (pictorial) space, they function as aline that lends both the works and their presentation a drawing-like quality. This line is taken up and continued in the arrangement of other works: across a corner, on the walls, in and outside of the gallery space. The hanging supports the space-creating element inherent to Ostrowski’s works and ascribes to them an architectural dimension.

The titles of these new works combine Ostrowski’s typical F with the name of a well- known musician, i.e. F (Chris Isaak), F (Faith Hill), and F (Adriano Celentano). These titles, like the artist’s chosen materials and technique, work with what is already existing and available. They reference familiar, "mainstream" singers, the creators of the eminently accessible music that surrounds us in everyday life (and also surrounds the artist, who listens to it on CD).

Created in 2020/21 in the context of the global pandemic, these new works conjure even more interpretations of a zero point: As a time in which everything goes back to the beginning, back to zero, in a return to life’s essentials. In the latter reading, the neutral color gray picks up on the prevailing monotonous, drab mood while also providing a neutral ground for whatever the future may yet hold. "It can’t be that cold", the ironic title of the exhibition, also evokes a light at the end of the tunnel. Like the exposed shapes in the paintings it functions as a kind of window, opening the mind and spirit to the possibility of better days ahead. 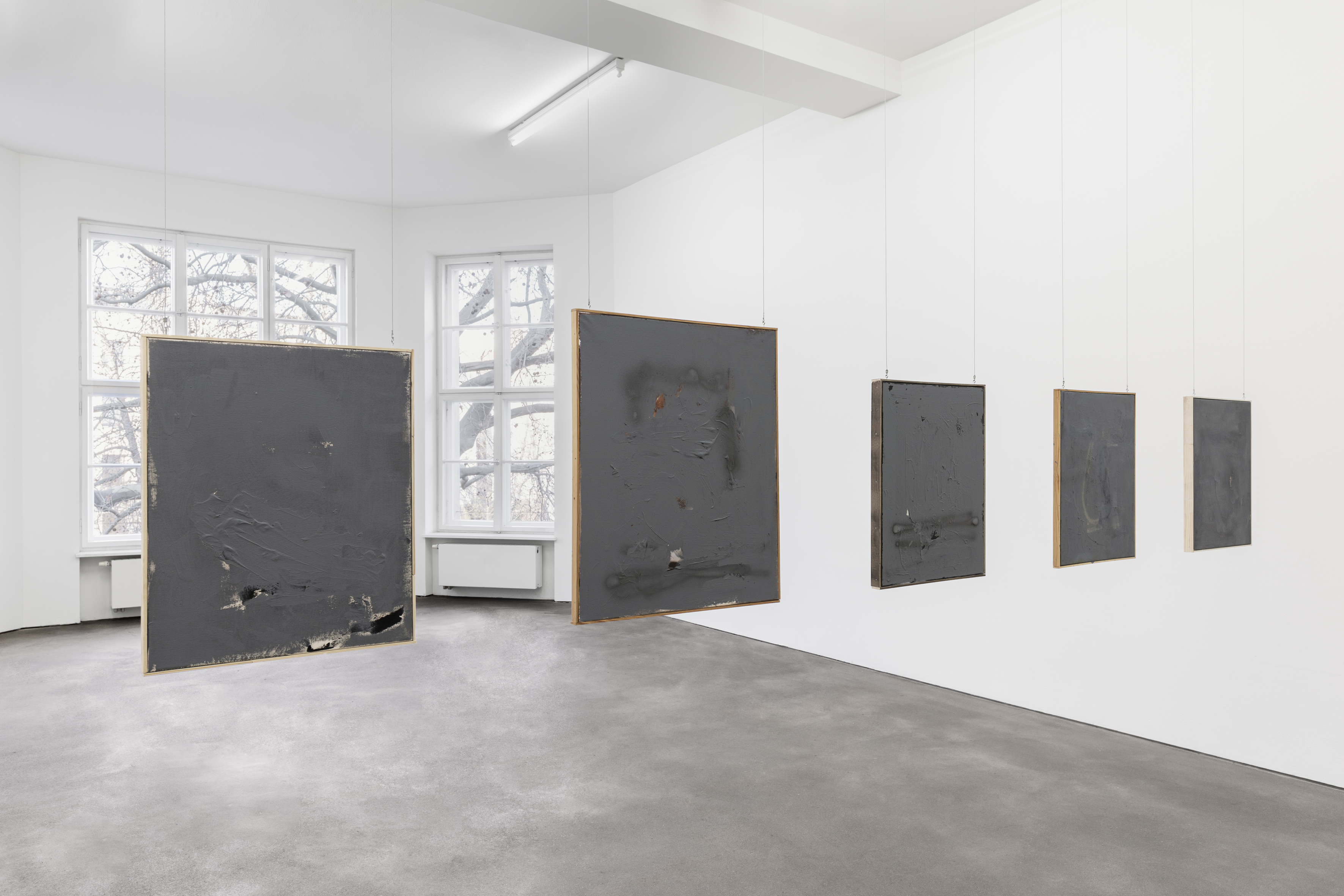 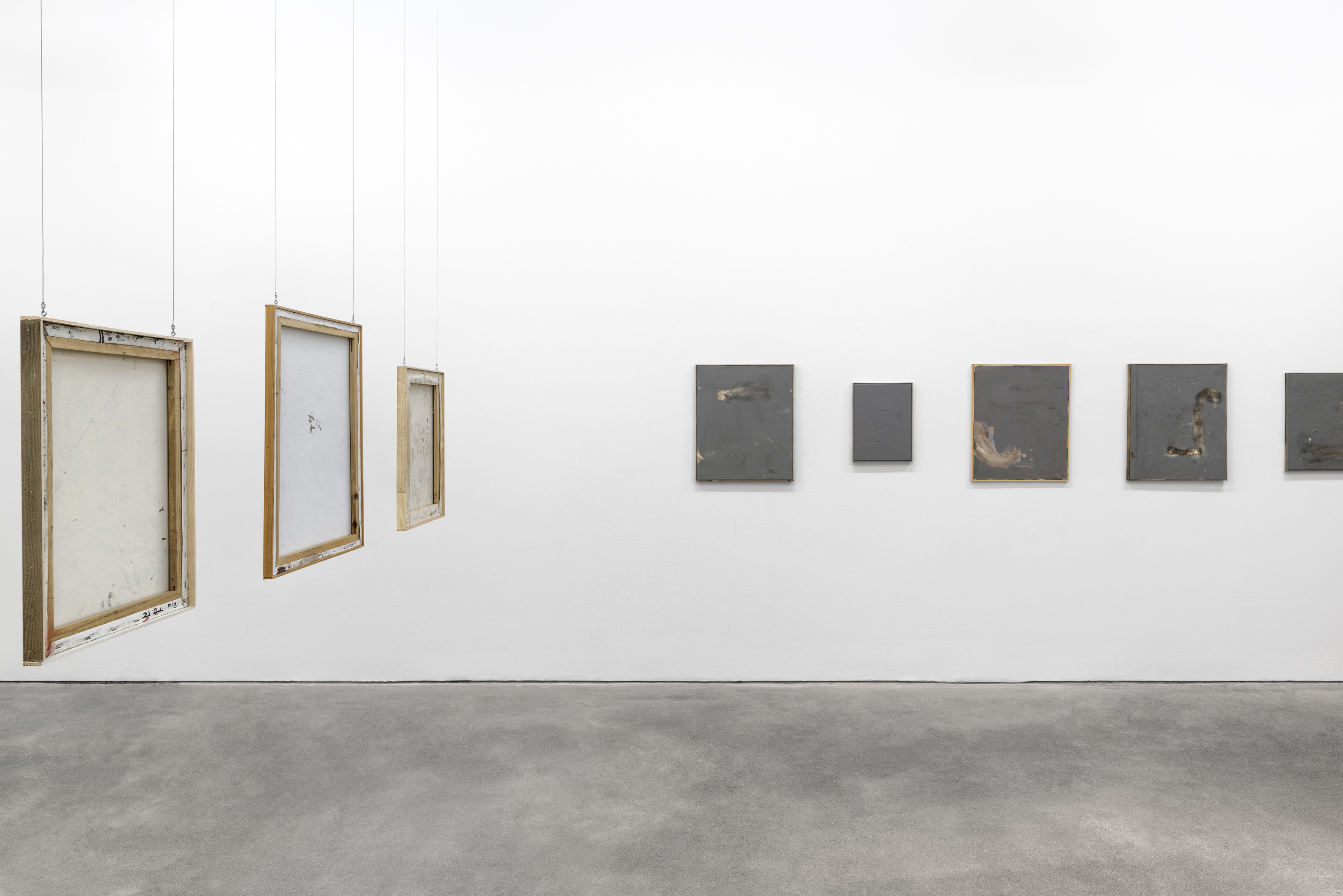 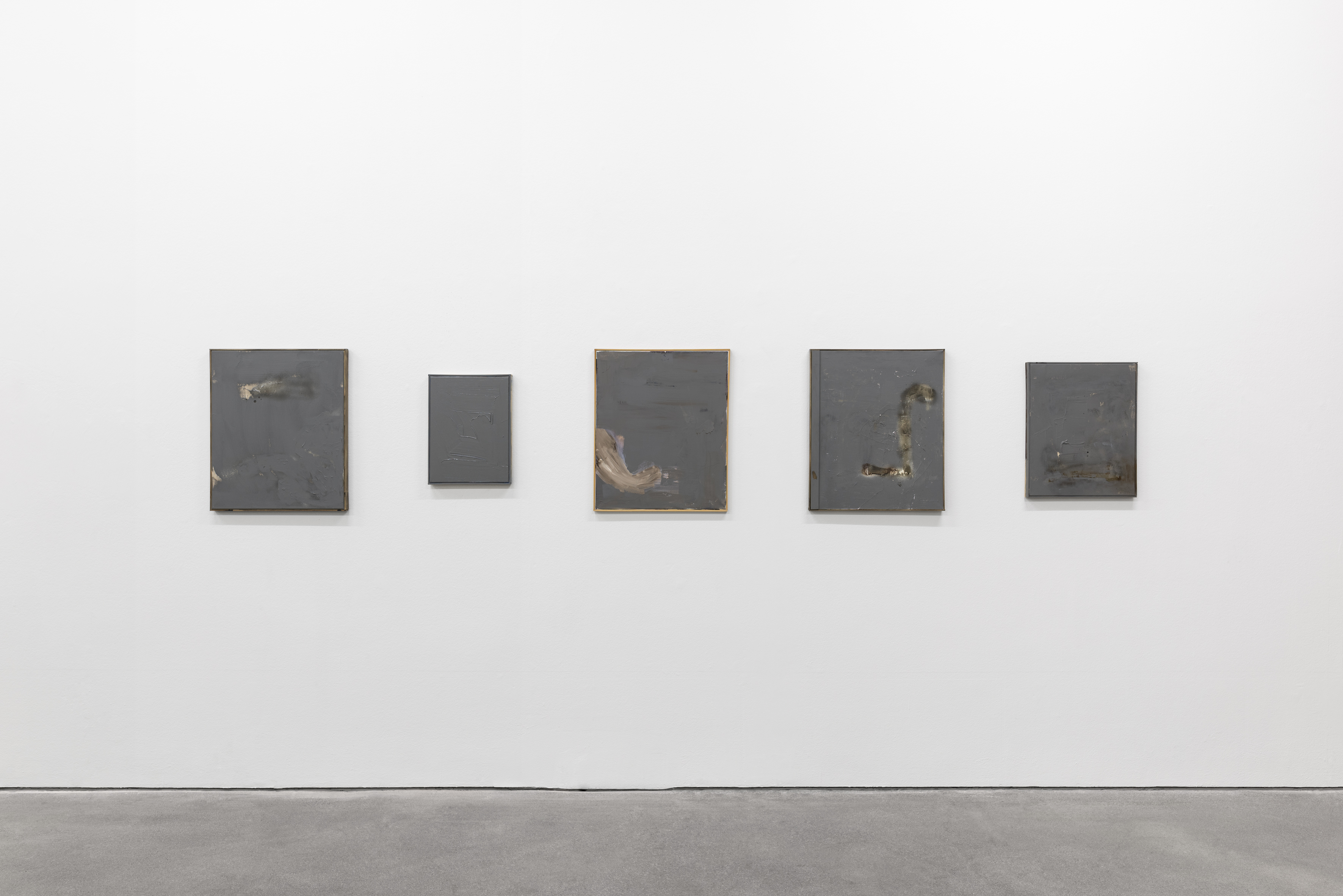 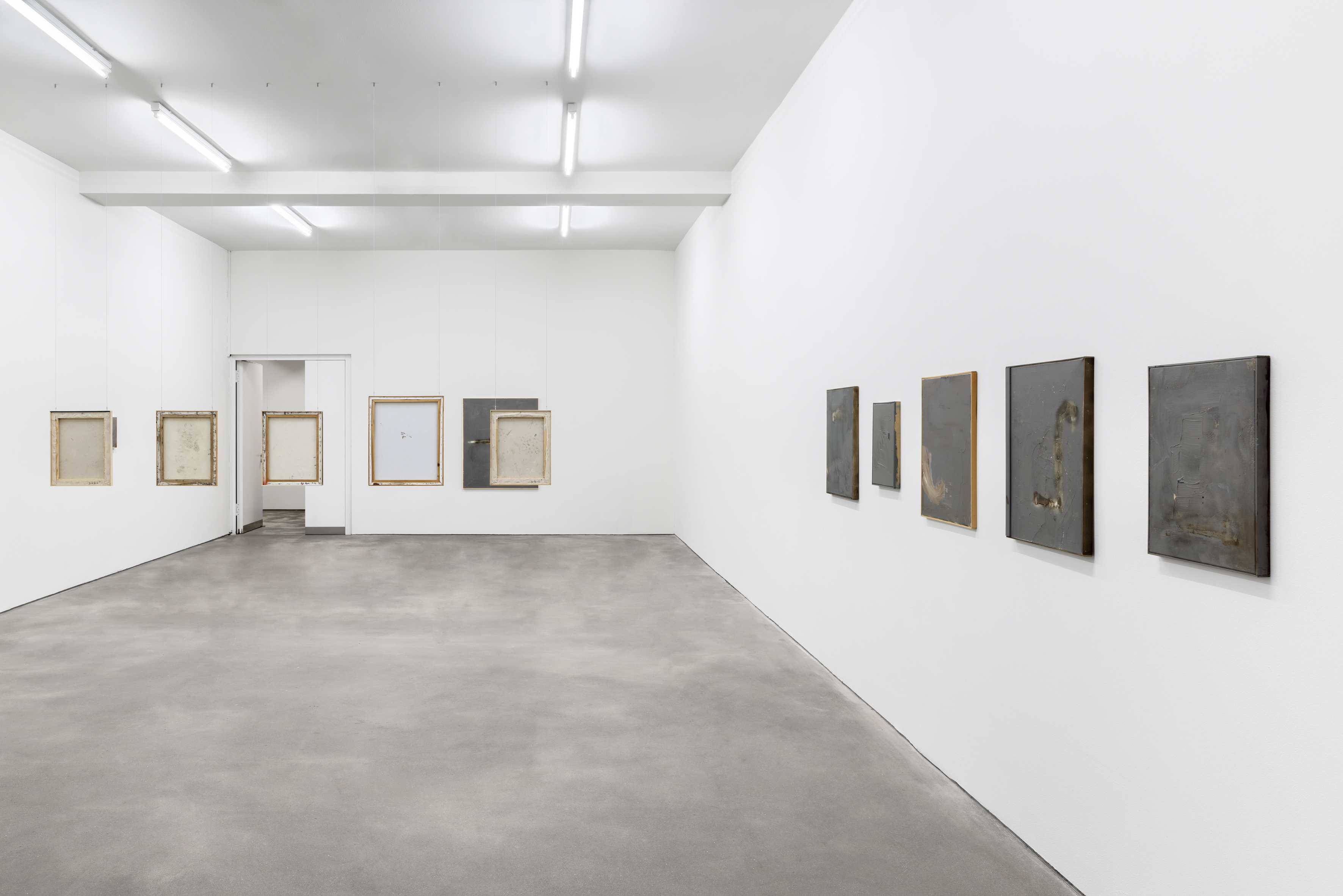 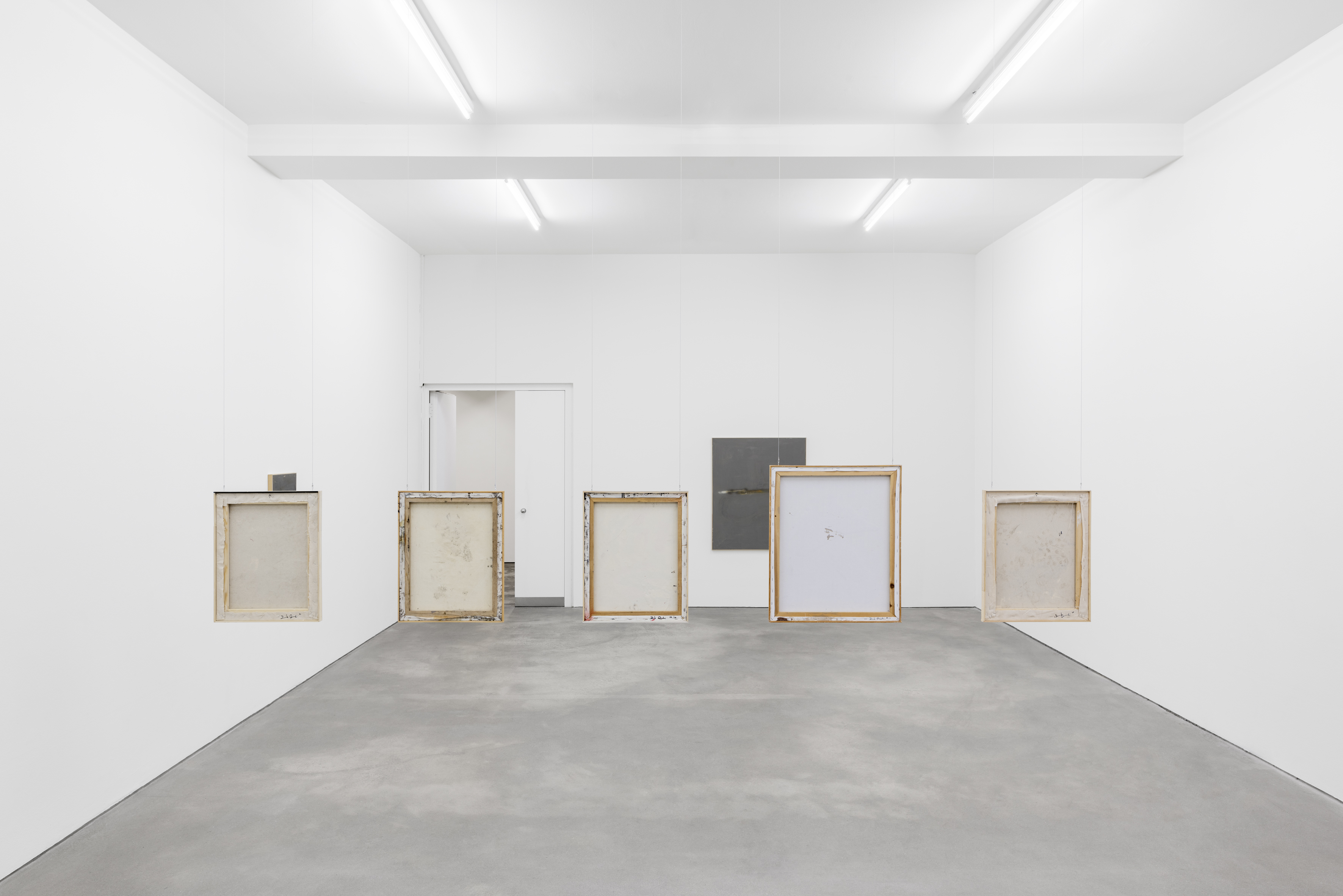 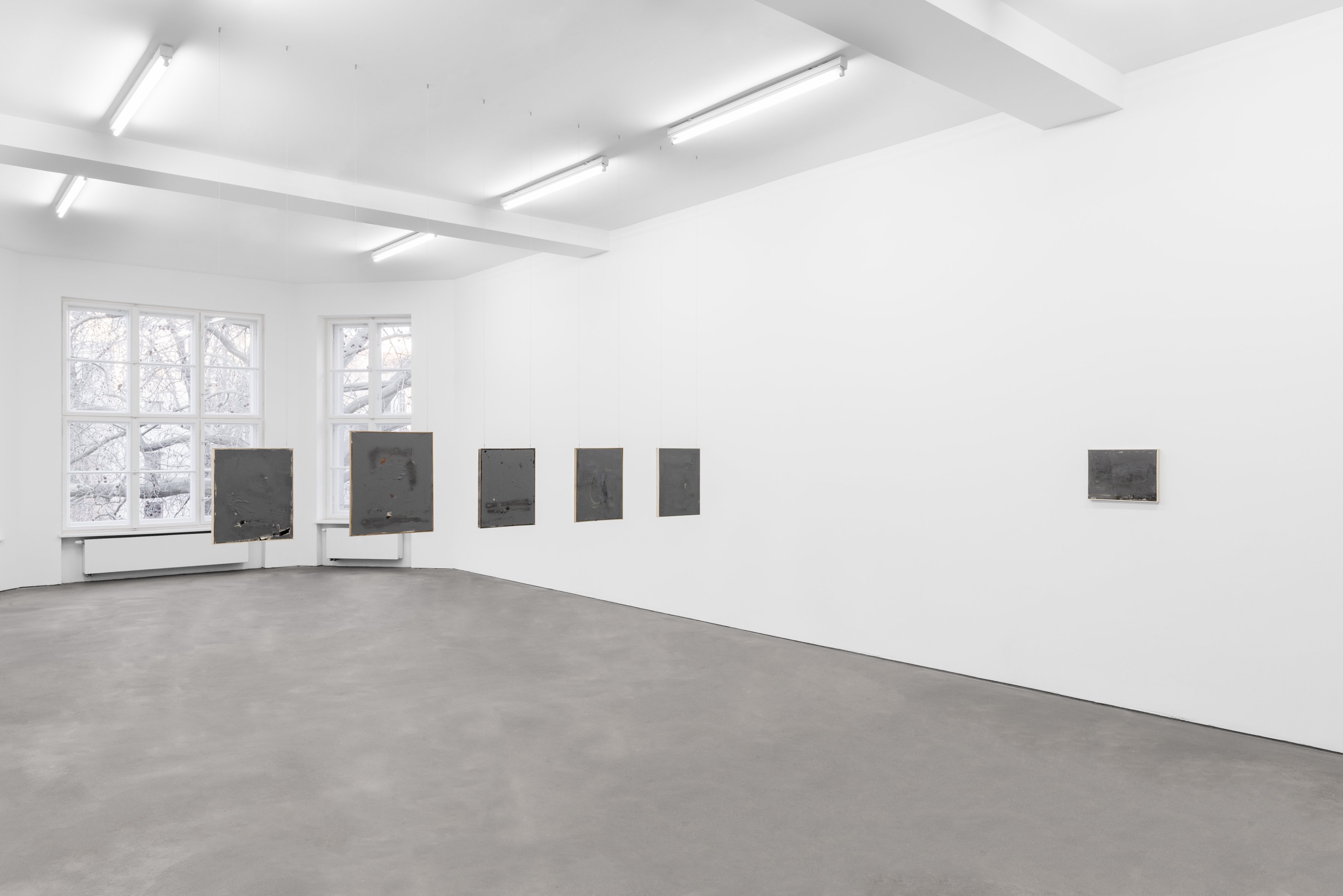 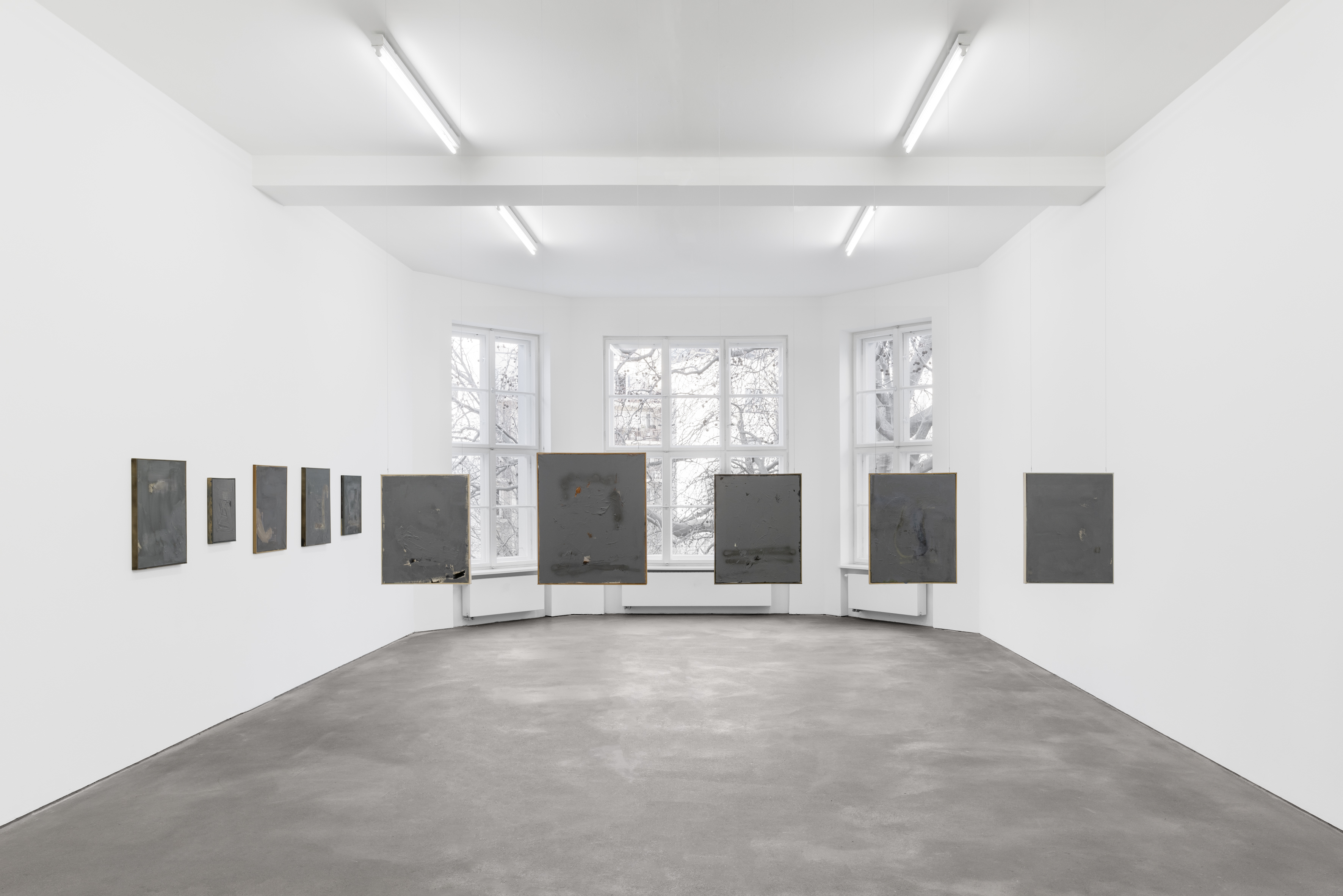 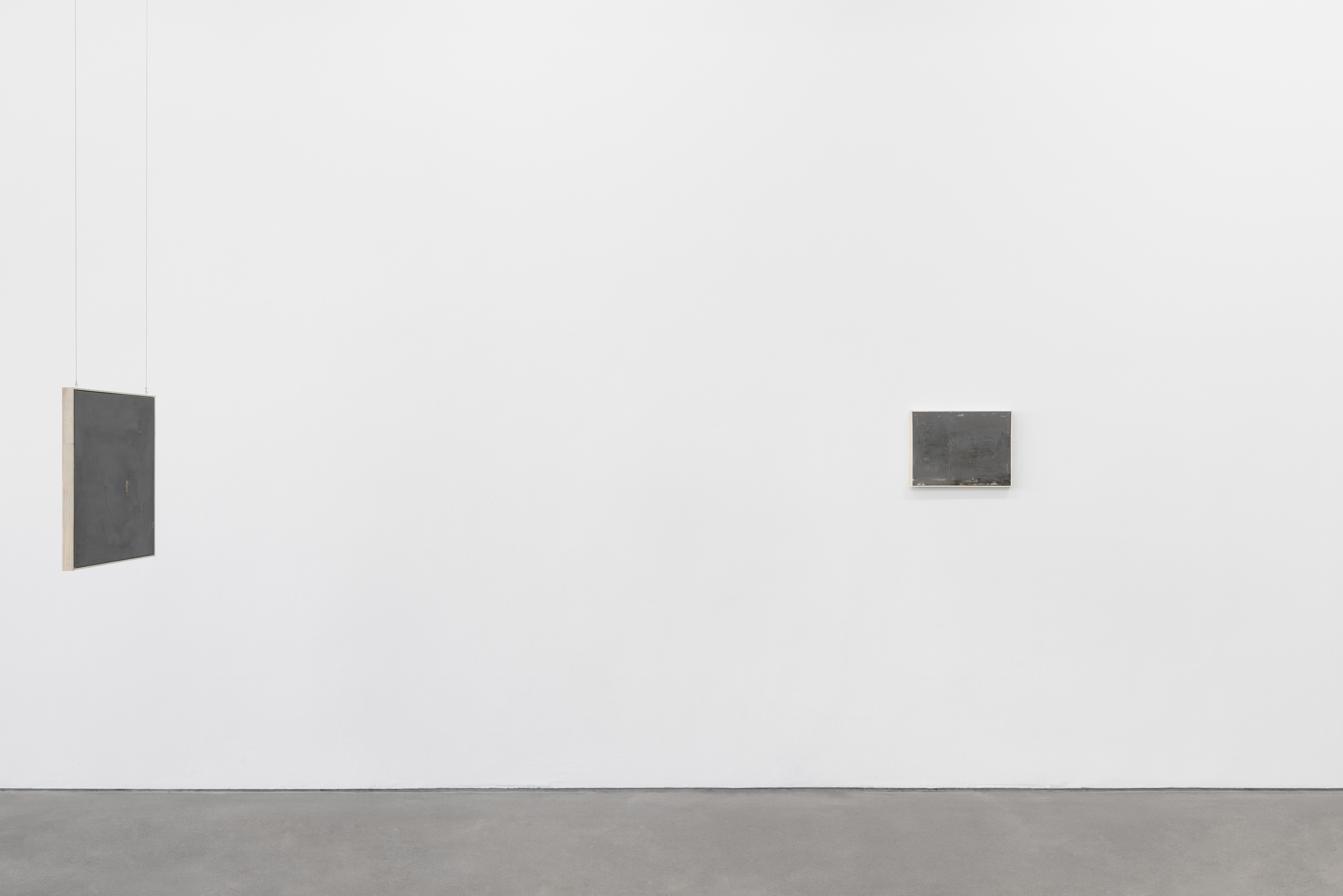