The Intelligence of Nature

‍Impromptu music, from the 19th and early 20th century, free-form music prompted by the spirit of the occasion, is a description of nature, one that is free from the complicated structure of an operaticor or orchestral score. In some ways this is how I understand these paintings. As a simple, emotional, gestural interaction. A natural reaction.”

Opening in June, Urs Fischer will exhibit a group of new paintings made during a year that many of us experienced in a sequestered environment. The solitude of Fischer’s home and garden ignited an observation of the flows and patterns of nature and reflect increased time spent outside, in which the resilience, ingenuity, detail and brilliance of nature recalibrated a connection to place.

Set in three distinct phases, the photographic backgrounds of these new works come from three different sources: the exterior of the artist’s Los Angeles home and garden; the interior spaces of home and studio; and snapshots from a recently discovered roll of film found at the artist’s childhood home. These last images, with their distinct Kodacolor palette, likewise capture the mundane intimacy of personal spaces (the house of Fischer’s parents, the view from his bedroom, a painting made as a teenager) and the memories they hold.

In each picture, paint appears streaked or stippled across the surface of an image, and yet the paint is itself a ‘mirage’ –magnified and transposed so as to hover at an indeterminate remove from the photographic ‘ground’. Fischer sees these new works as a form of amplified improvisation: small moments that have become a big. Gestures in paint that started as quiet interactions with the photographic background and were made with ease and speed are magnified into grander motions. Some of the actions on the surface highlight elements from the background and some ignore it altogether but the ‘collision’ of the two is a reciprocal dynamic.

“In the first room the paint takes on a more figurative aspect; in the second room it leaves the figure and becomes more of a pattern; and in the third room, with the monotone suggesting petrification, it is almost like a memory.”

Throughout Fischer’s new series, the shifting dynamic between image and paint point to concepts that have underpinned his work – effacement, fragmentation, motion, and the hidden formalist allure (or covert oddness) of an apparently mundane sight. 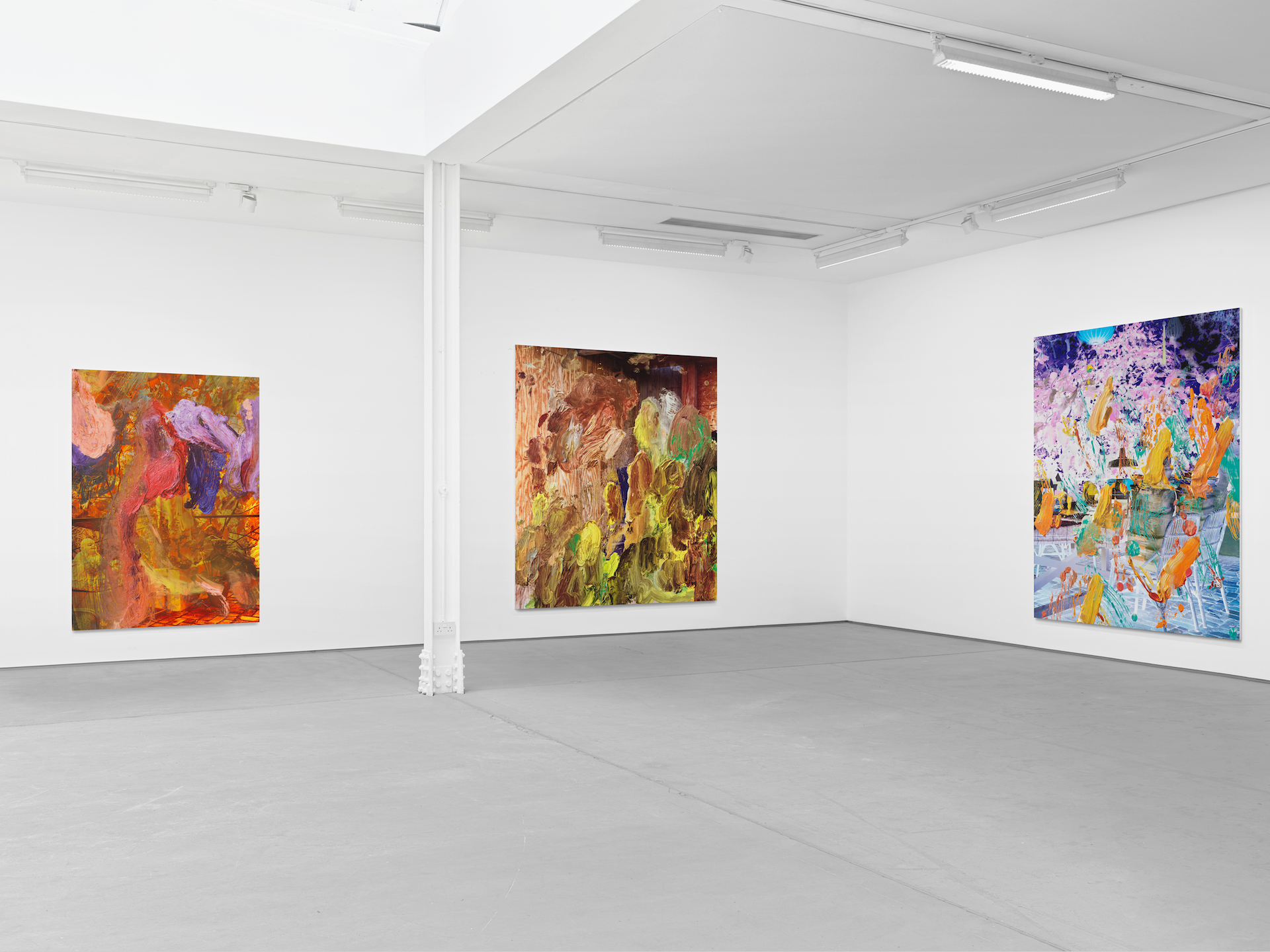 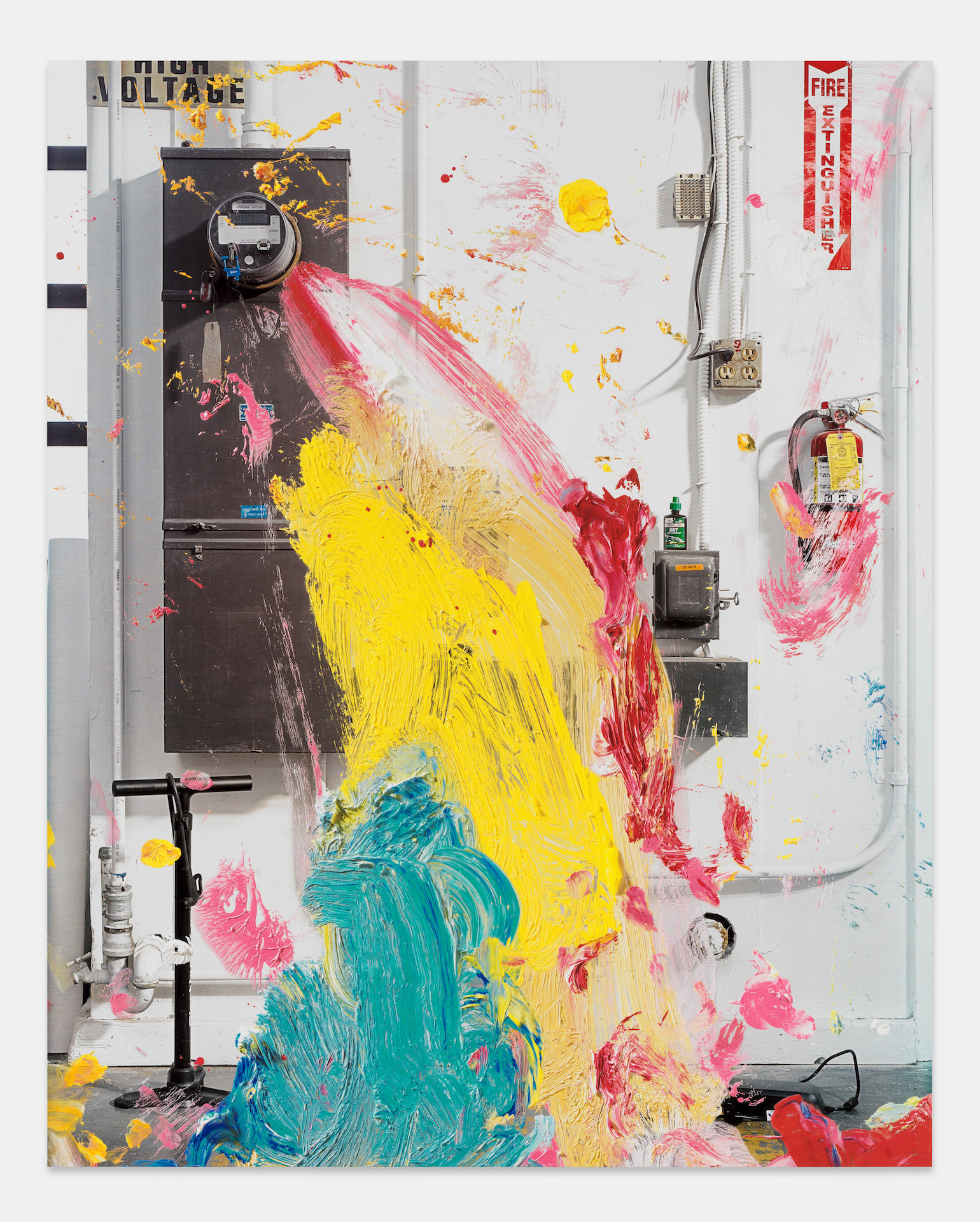 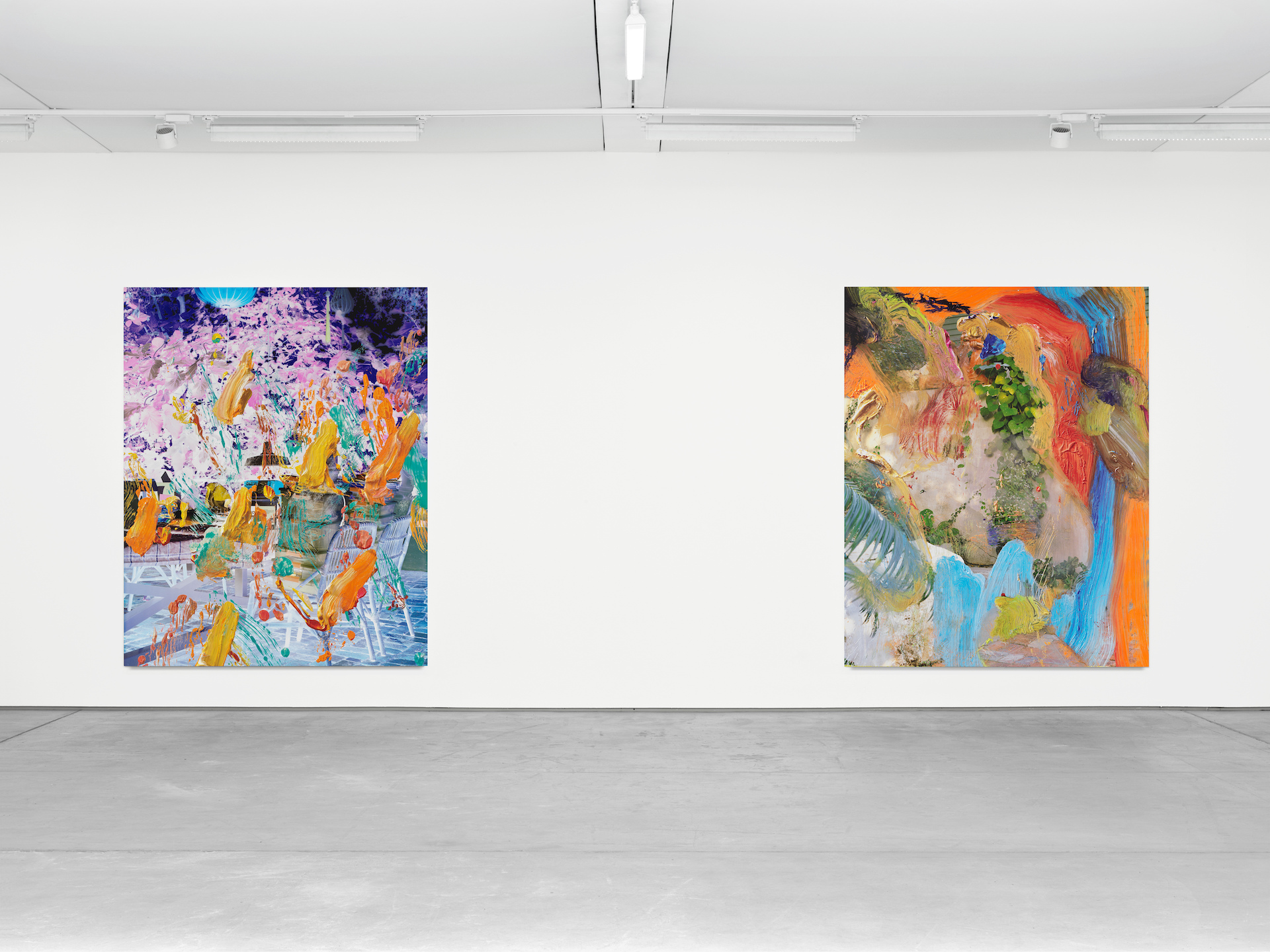 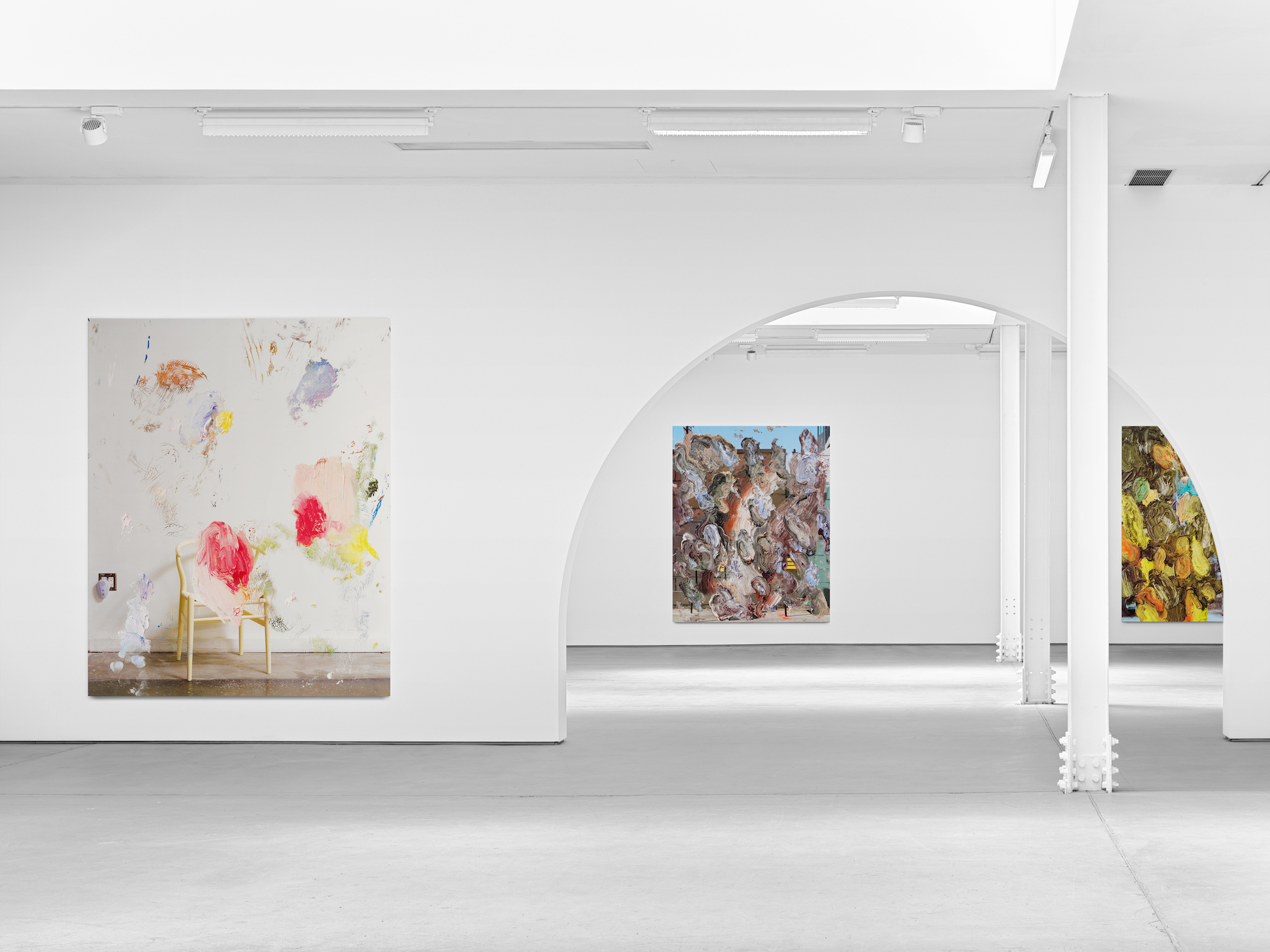 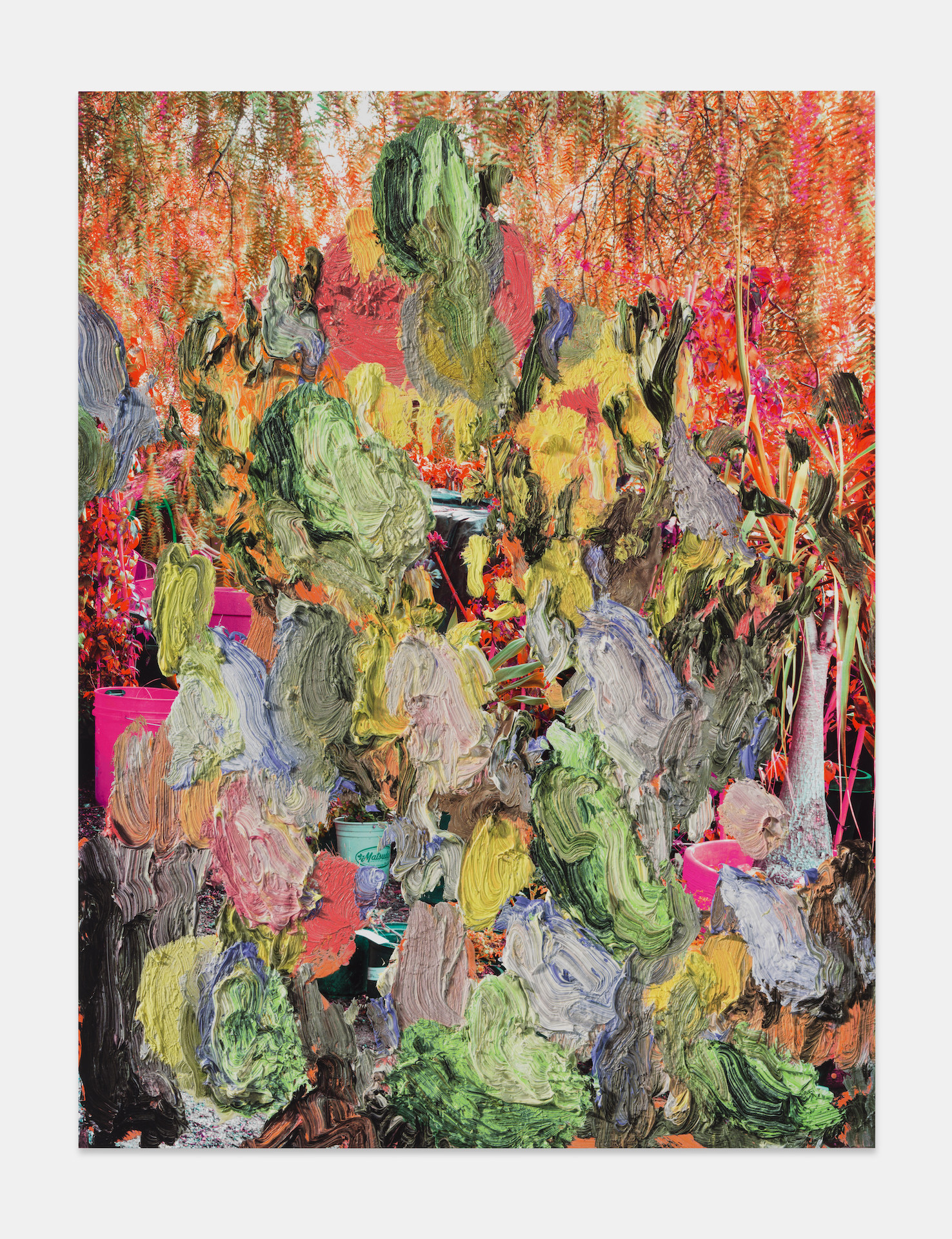 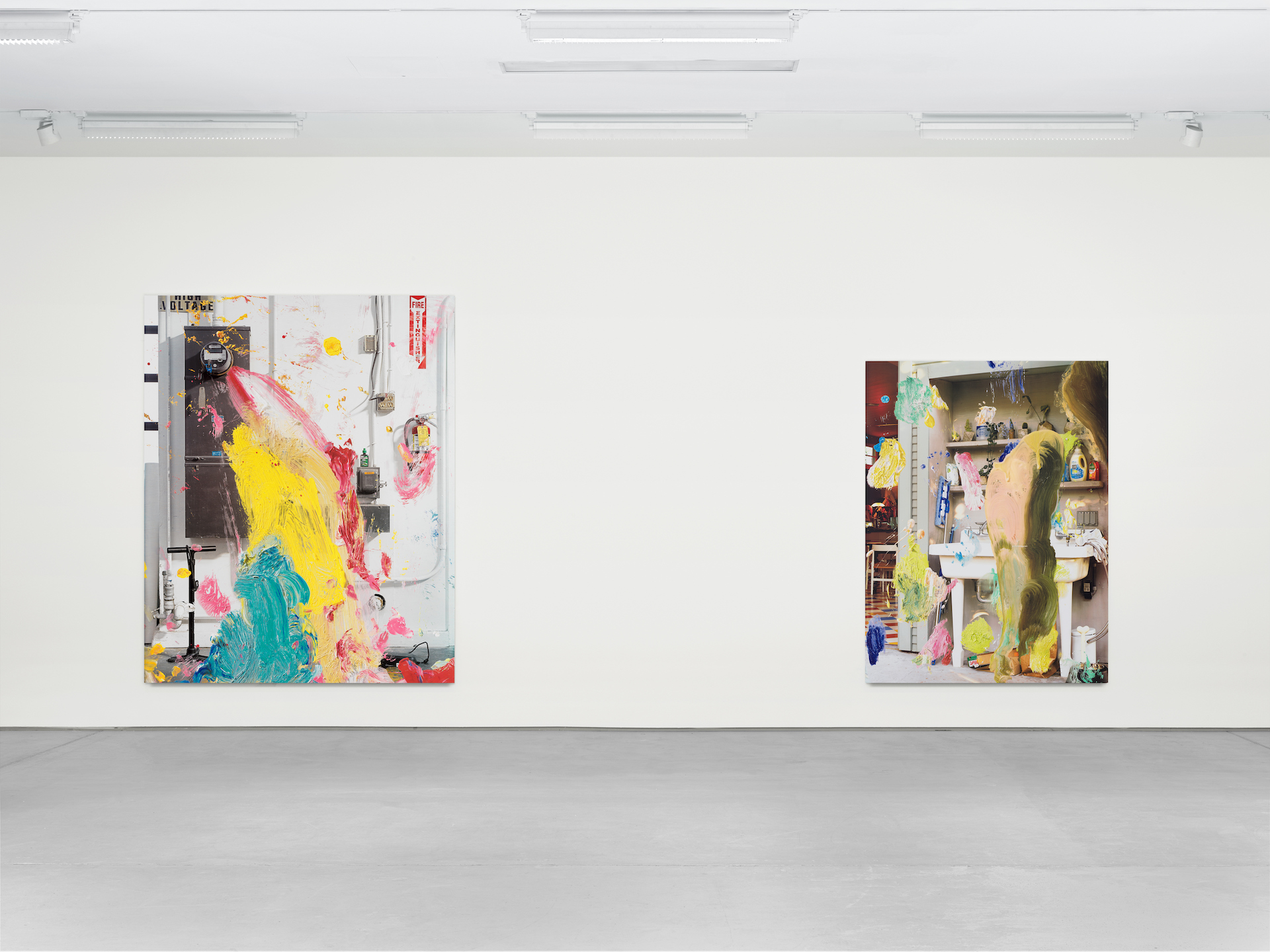 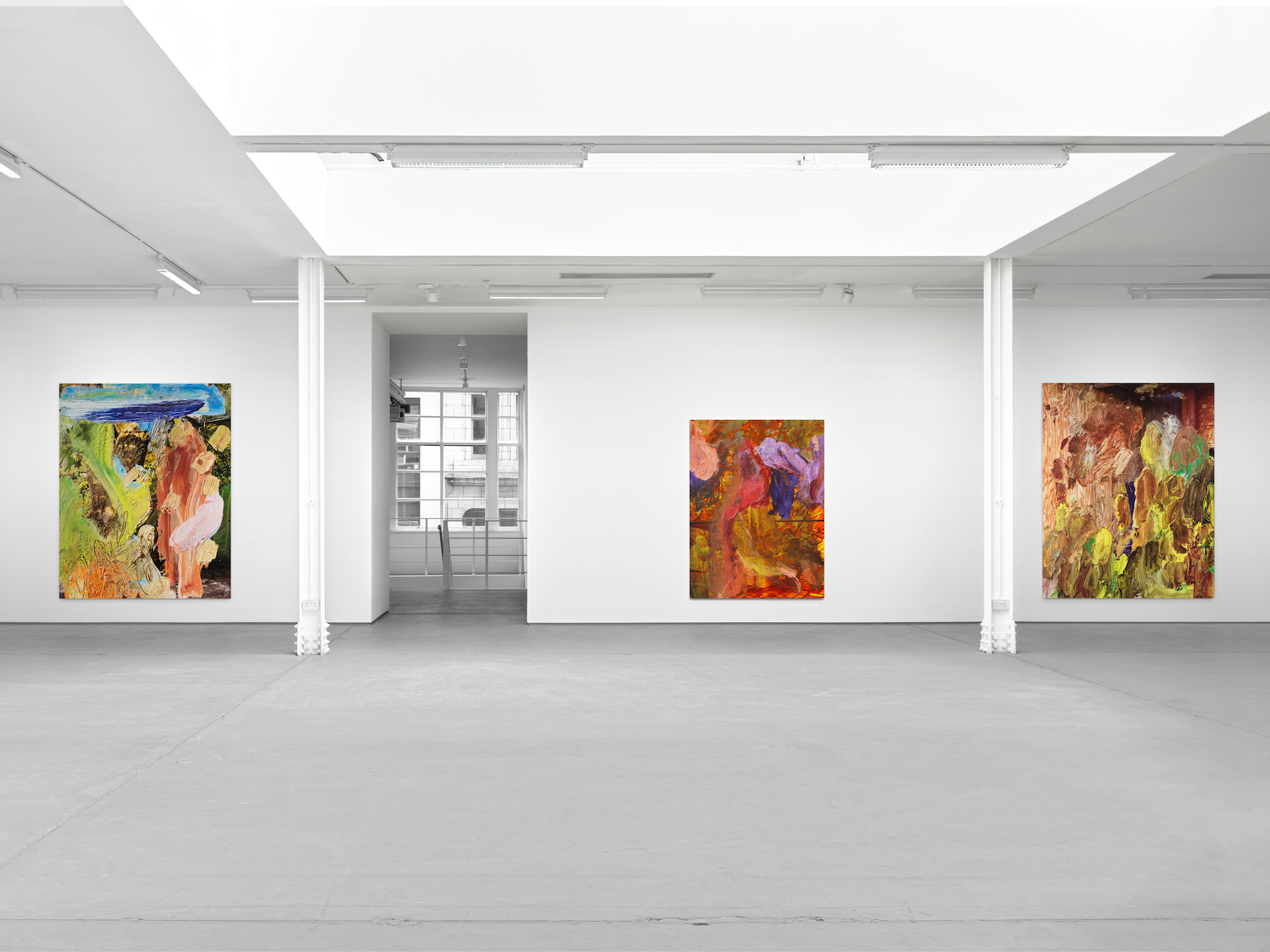 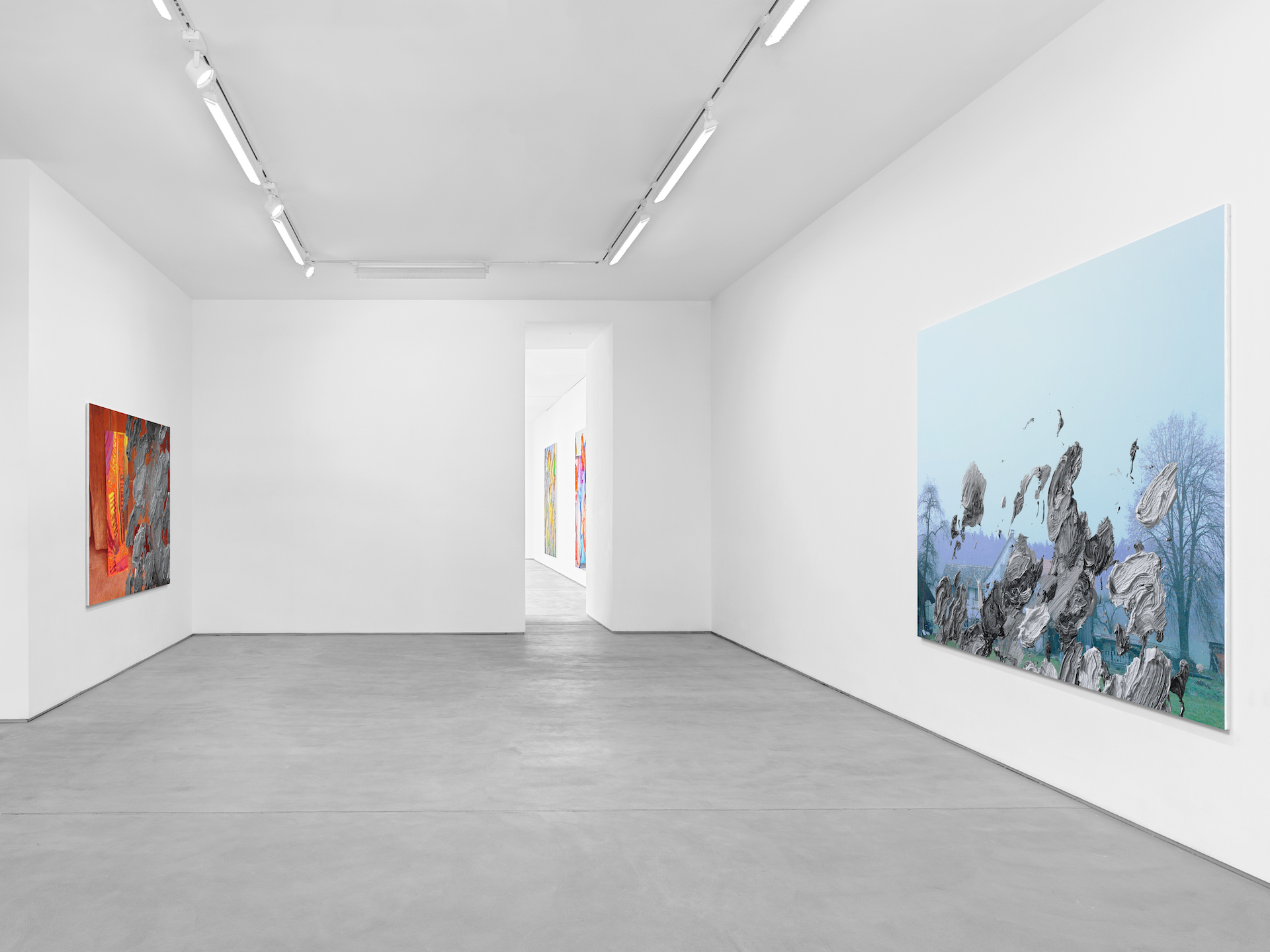