The practice of Stevie Dix begins with an articulation of her subjective and intimate relation with a given situation, transformed into images that resonate with the viewer’s own narrative. “Sad Girl Surrealism” is composed of a series of canvases made within the past year, during a time in which the artist relocated to her native place to take care of family affairs in the midst of pandemic times.

The title of the exhibition is a nod towards Surrealism, an artistic movement born in the aftermath of the First World War and of which Belgium, Dix’s country of origin, is a major representative. Together with the infamous Rene Magritt, there are some lesser known Belgian Surrealists such as Rachel Baes or Jane Graverol who share the quest to depict scenes in which everyday reality is transmuted into something marvelous or uncanny. Artistic influences that have informed the thick and heavy brushstrokes of the works in the exhibition.

“Number 43”, “The door to Oostlaan Number 58” or “Number 118” compose an expressive catalogue of glazed ceramic door handles that belong to Modernist houses built in the 50-60s. They are a symbol of aesthetical allure, since they were made in the workshops of artist-families with funding provided by the Government in post- war Belgium to support initiatives that would embellish the city. Having organic shapes and very bright colours, they act as mechanisms that enable to open physical doors,as well as gateways to introspective states.

Like shadows, the handles of doors are also elements that construct cultural identities, material fluids which inhabit the body and surround it, like the folds of a coat. The density of the somatic body is enormous and can in no way be reduced to what we traditionally call the body, as Paul B. Preciado rightly points out. Who, instead of speaking of flesh, speaks of the somatic apparatus as a living political archive that is made up of a multitude of images, languages, representations, and objects. Reality and unconscious encounter within this somatic archive which materialise in layers of oil paint. - Cristina Ramos 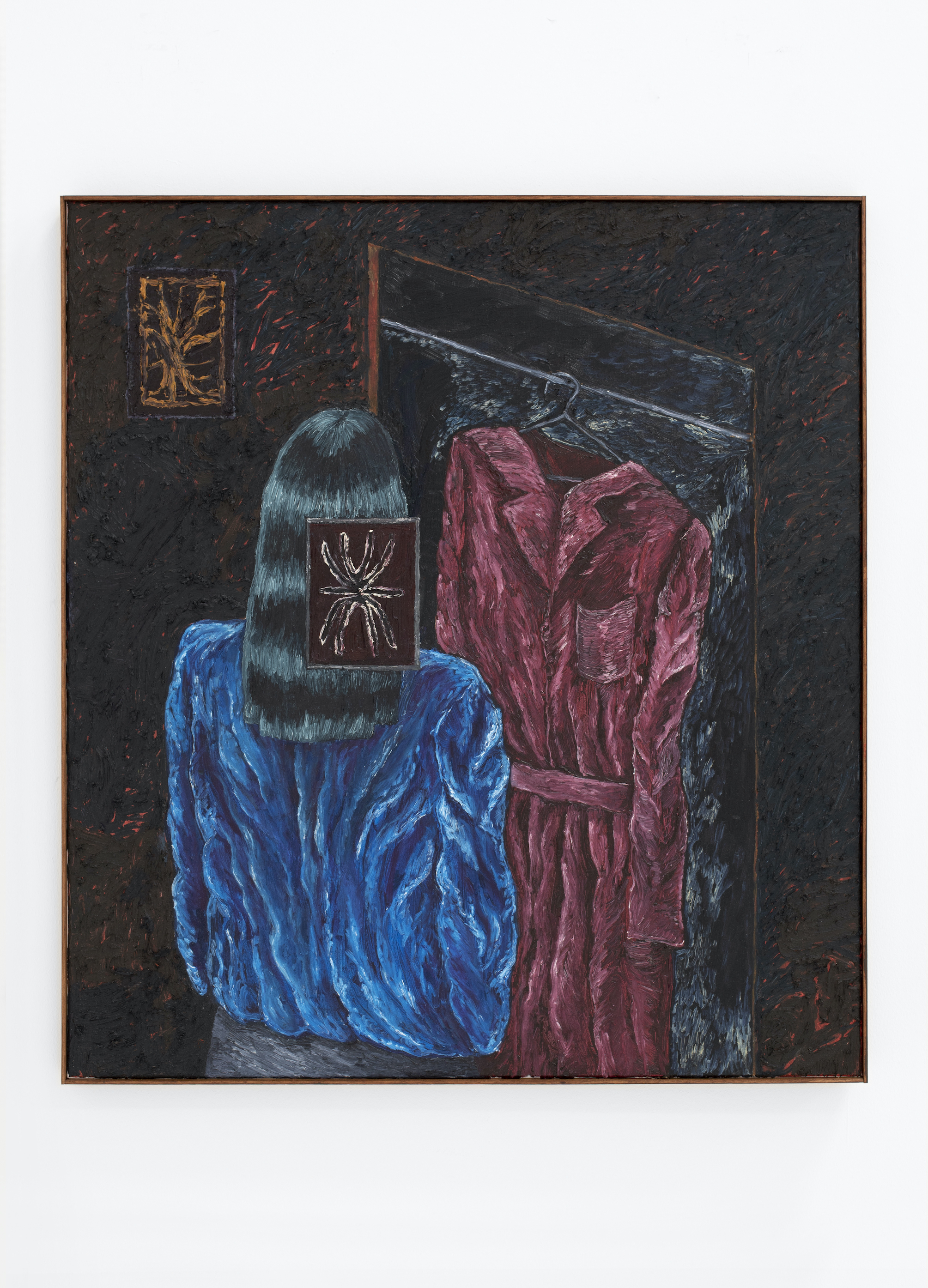 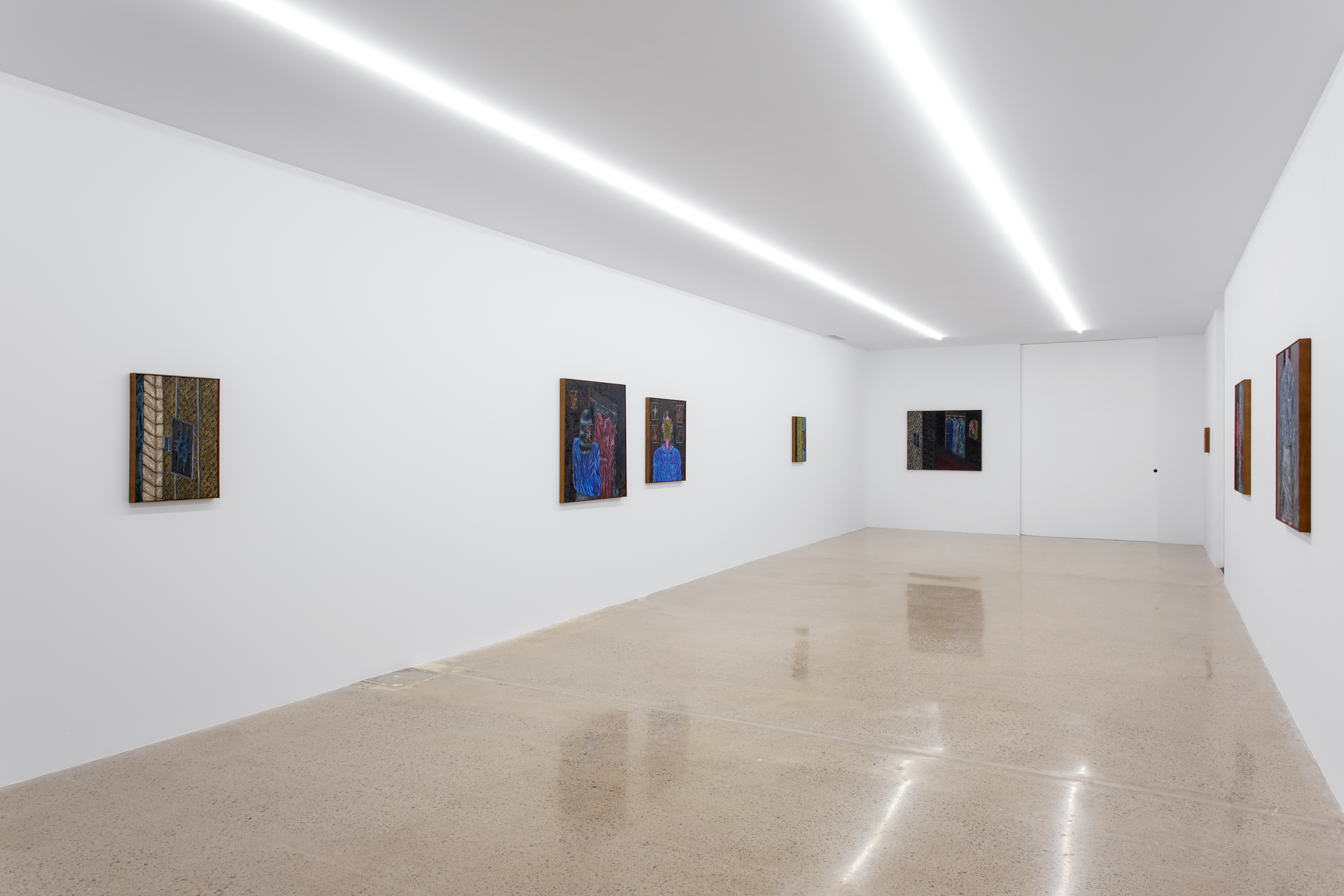 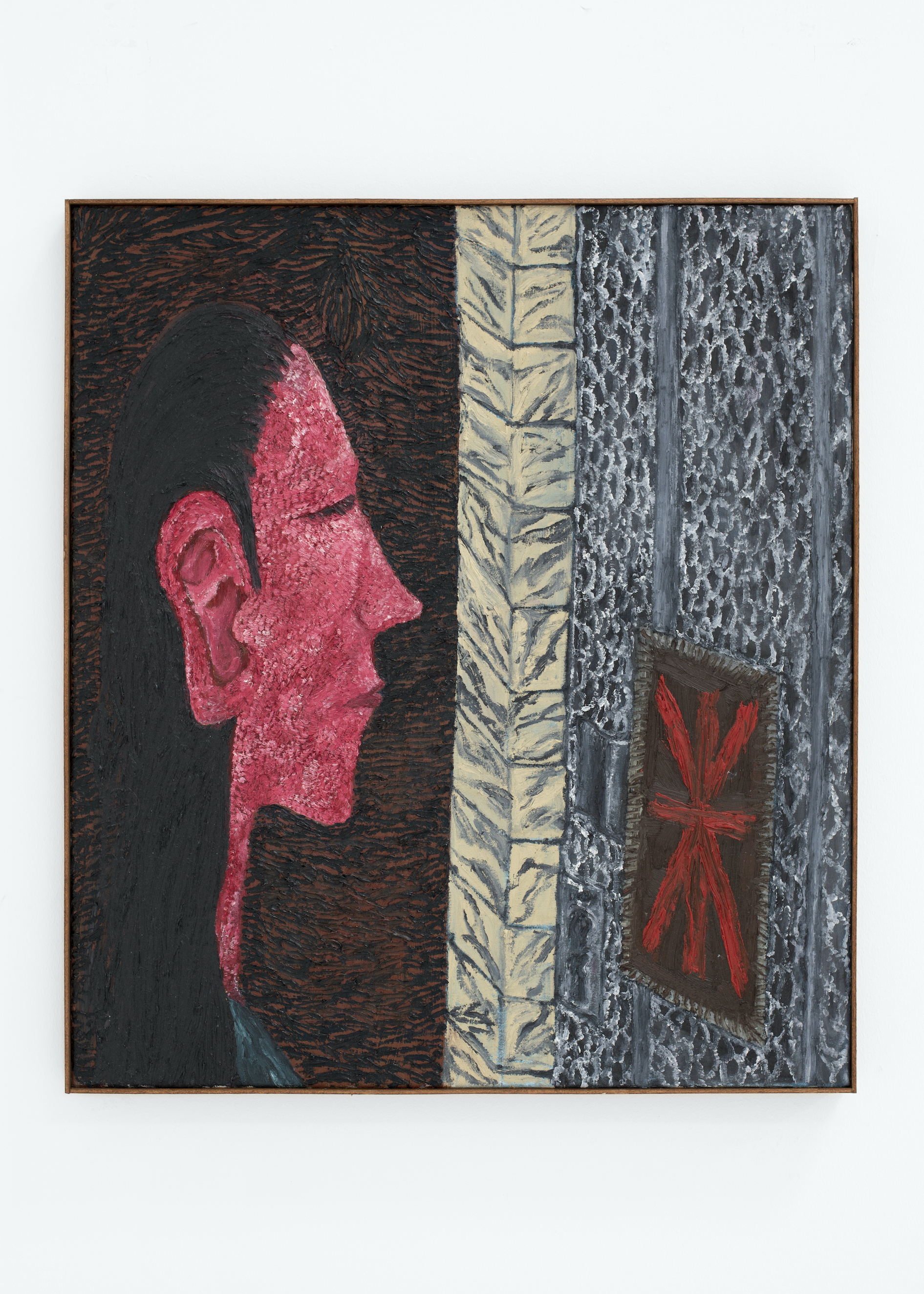 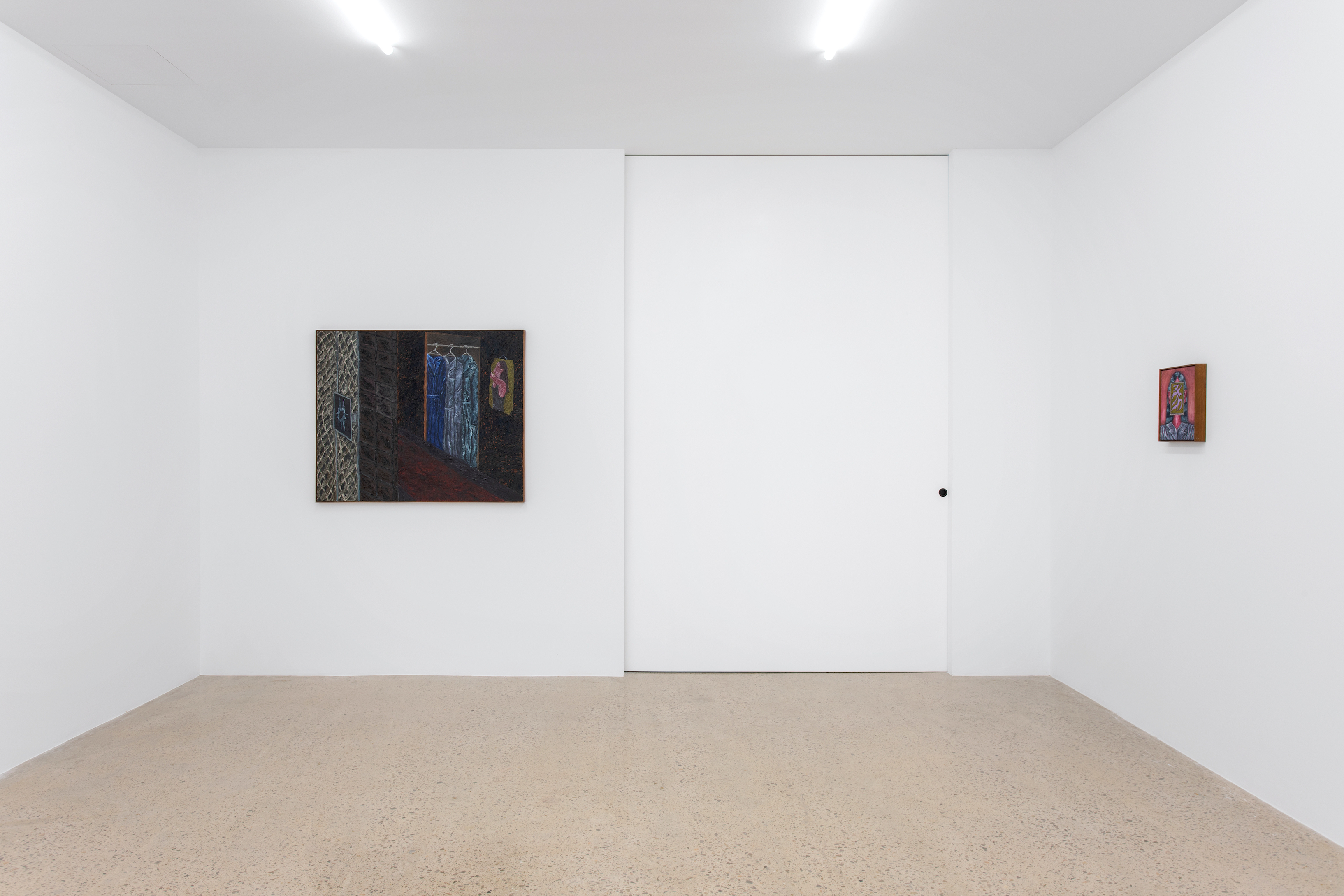 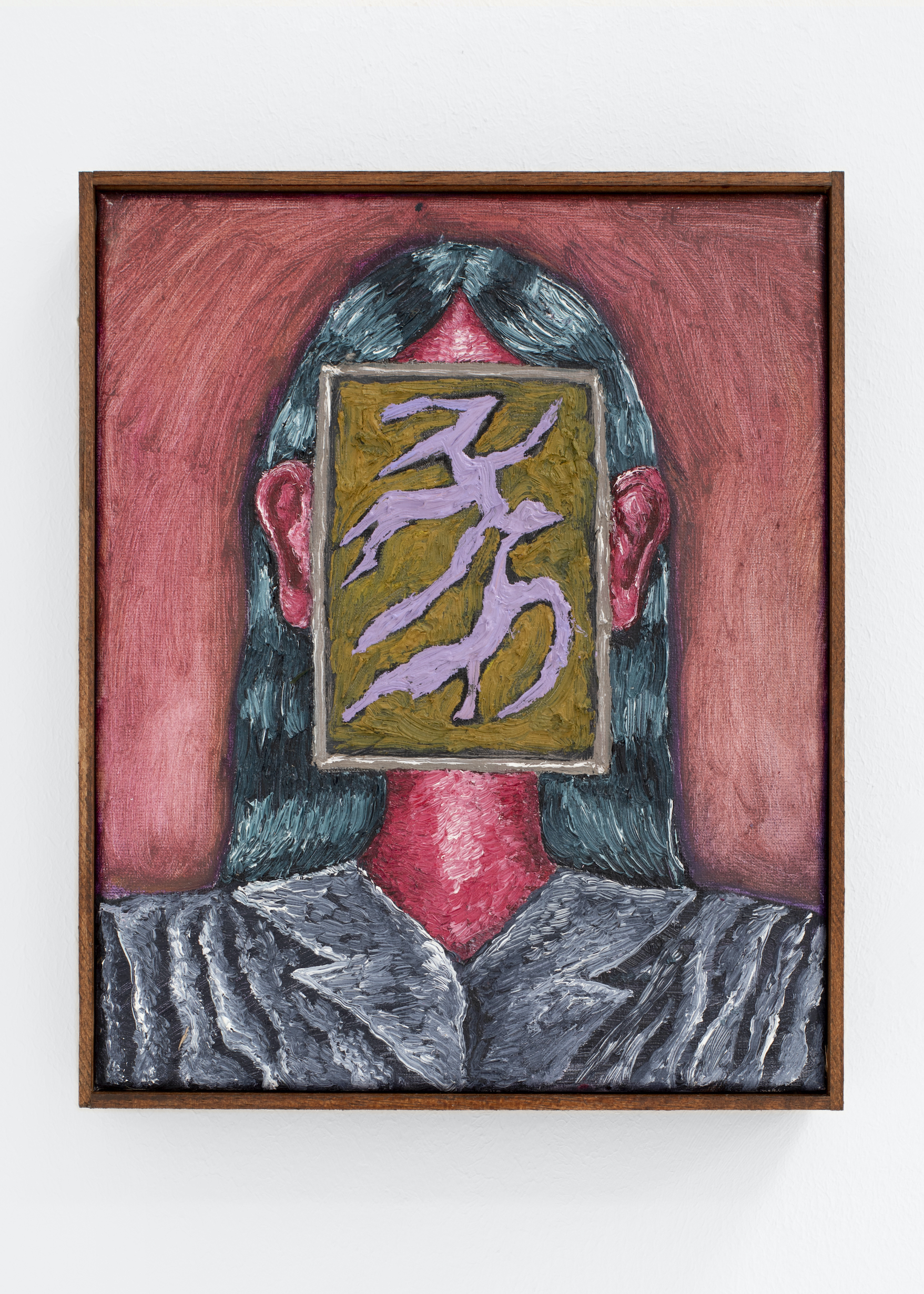 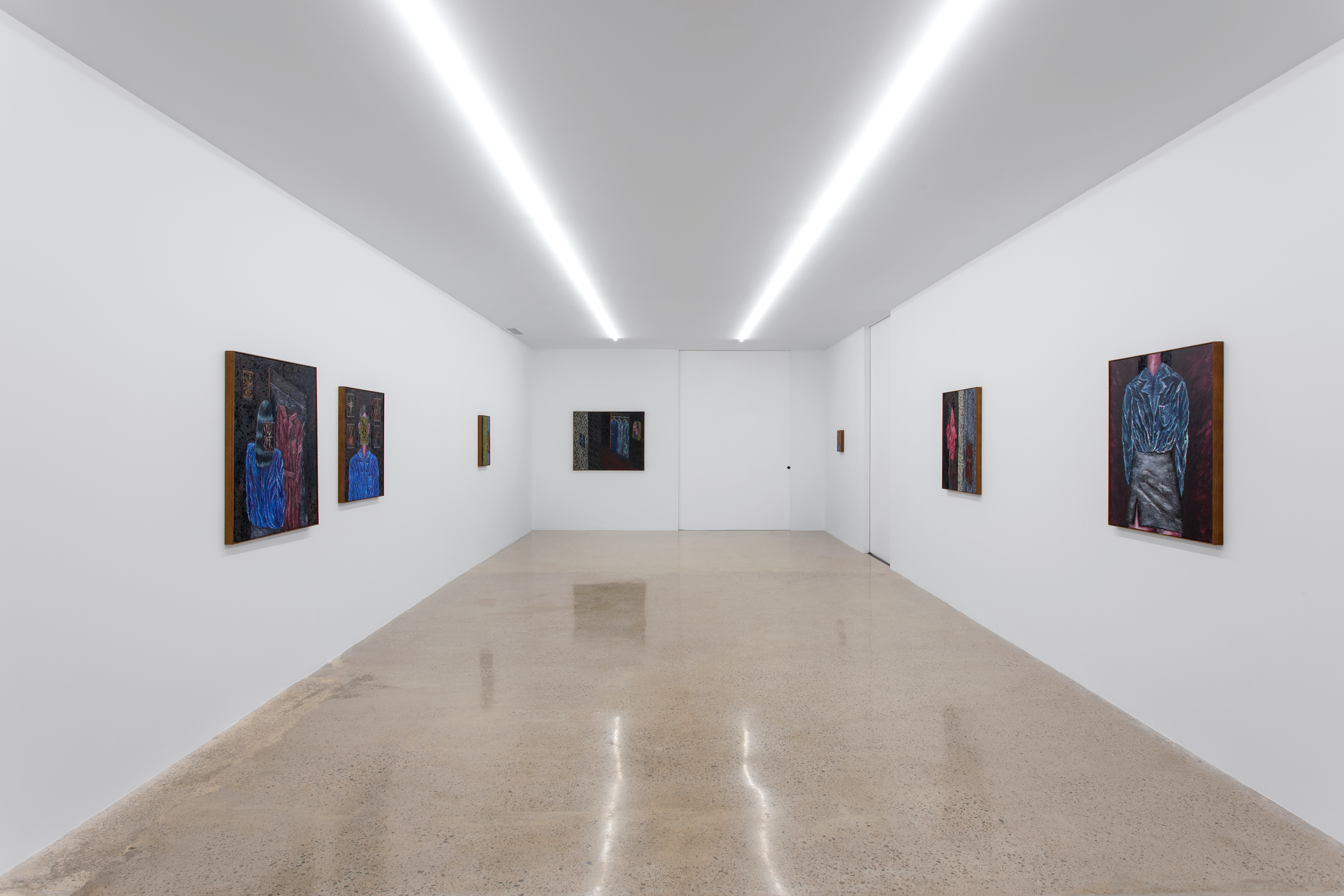 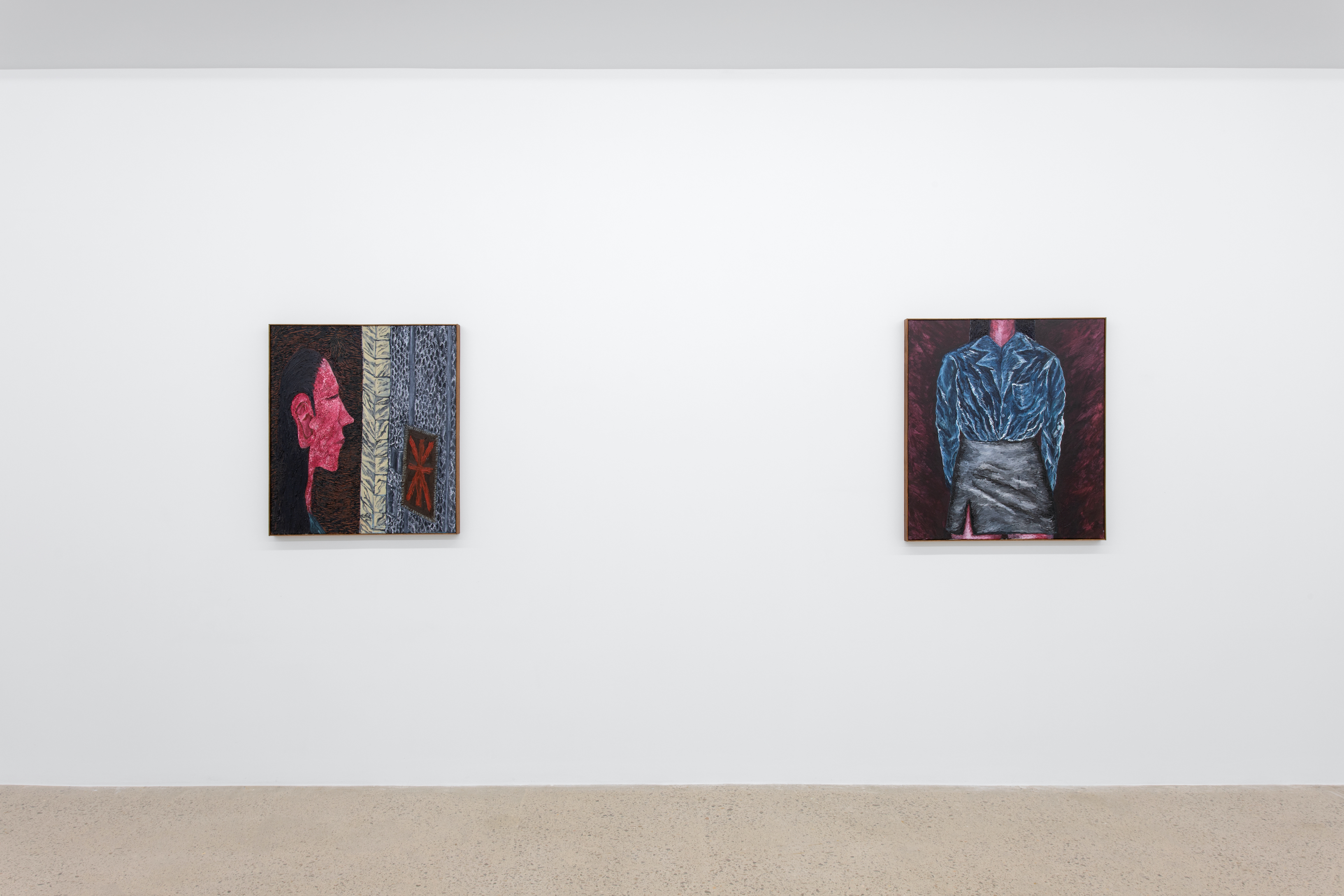 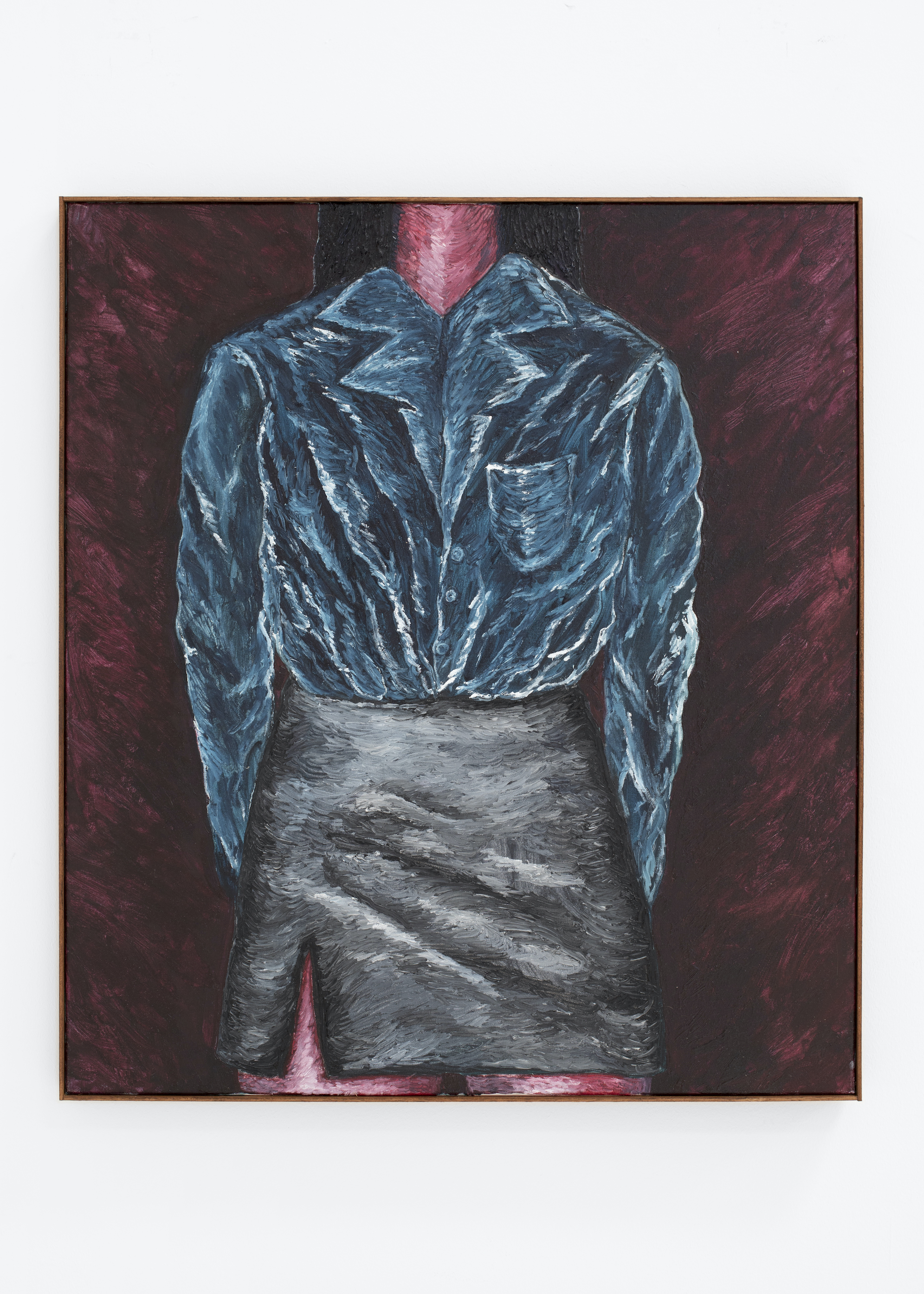