Welcome to my show

P420 is pleased to announce the opening of P4202, a new projectspace devoted to a great extent to the discovery of young and emerging artists, thanks to a program running parallel to the main activities of the gallery. The carefully selected artists, some of whom are very young, will have the possibility to make a debut on a hybrid exhibition platform, simultaneously live and online, which we might call “onlife,” to borrow an apt definition from the philosopher Luciano Floridi. P4202 intends to break down the barriers between virtual and real, in a period in which the enjoyment of art can be said to be intermodal and fluid, alternating gallery visits and social networks, exhibitions and websites, art fairs and newsletters. A democratic space, open to everyone fromany location; a space that is the outcome of technique, but with low technological content, because the focus is on the artists and the works, which in any case can also be seen at any time, physically, inside the gallery.

On Wednesday 1December, P4202 presents a solo exhibition by Shafei Xia (ShaoXing, China, 1989) titled Welcome to my show, which contains a new cycle of works – eight in all – specifically made for the occasion, painted on sandalwood paper with canvas backing.

Just two months ago, Shafei completed her studies at the Academy of Fine Arts in Bologna, with a thesis titled The World is the Circus, paraphrasing a well-known remark of Federico Fellini. The cradle of all forms of entertainment, capable of eliciting peals of laughter and deep emotional engagement, of flooding huge tents with light or plunging them into pitch darkness, the circus is the metaphor of life, “perhaps simply its abbreviation,”the artist writes, adding that it “is a marvelous memory of childhood, and a marvelous fantasy of adulthood.”

“The main theme of her works is love,” Maura Pozzati indicates in an essay written as an introduction to the artist,“experienced as desire, jealousy and violence, represented explicitly or symbolically, depending on the case, but nevertheless omnipresent.” Hence Shafei’s circus is inhabited by a myriad of figures, undressed acrobats, lovers making love, tigers, cheetahs and animals of all kinds. All this is narrated without every losing the delicate treatment of the faces, of the depiction of settings, the description of nude bodies, movements and poses.

Shafei Xia was born in ShaoXing, China, in 1989. After graduating in set design from ChongQing University, in 2013 she turned down a steady job in her native city to move to Shanghai, where after various experiences her first sale of a work enabled her to “catch the scent of freedom in the air,” as she writes. She moved to Bologna and earned a degree at the Fine Arts Academy in 2020. In 2019 she won the Talent Prize of Fondazione Zucchelli per l’Arte. 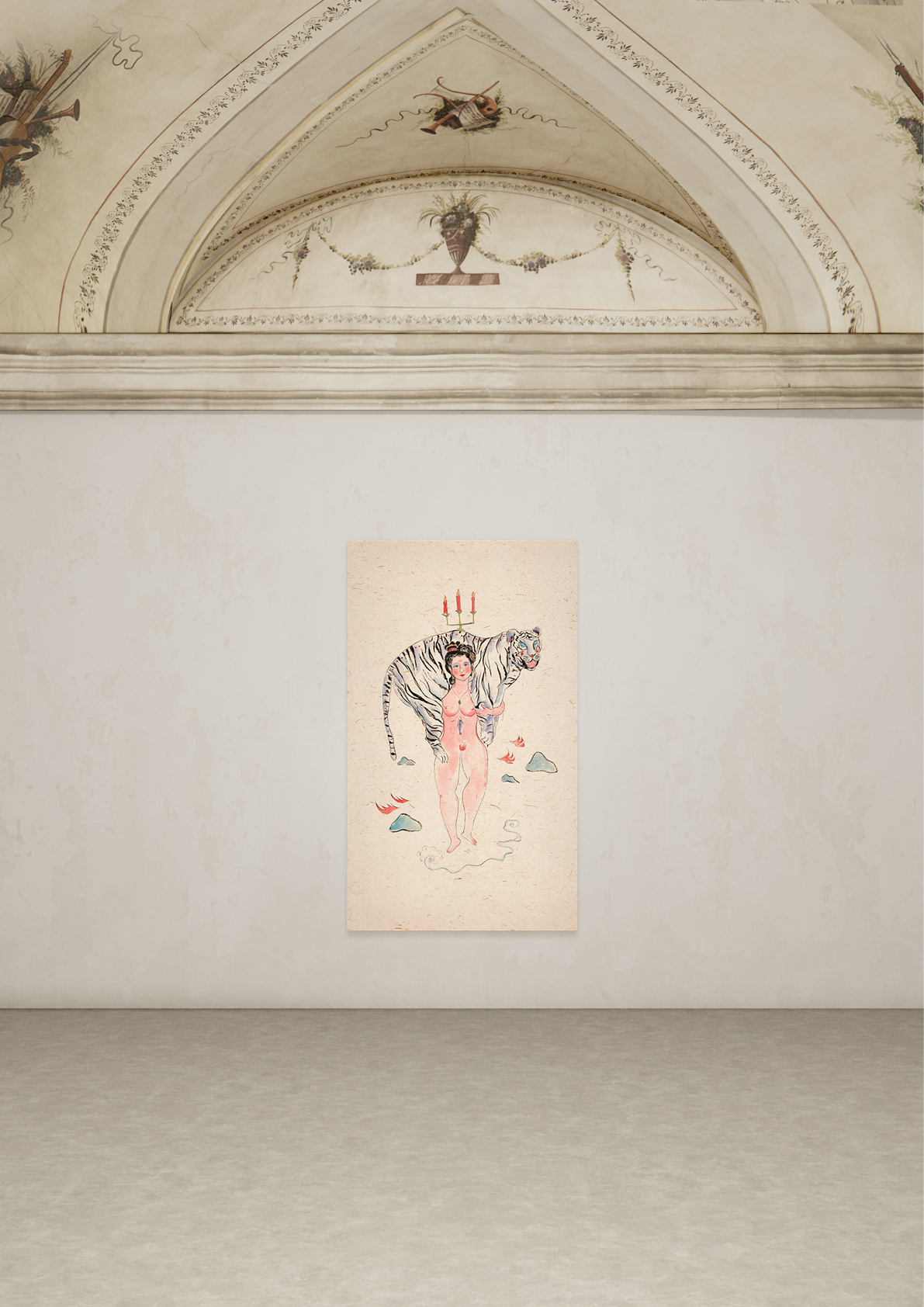 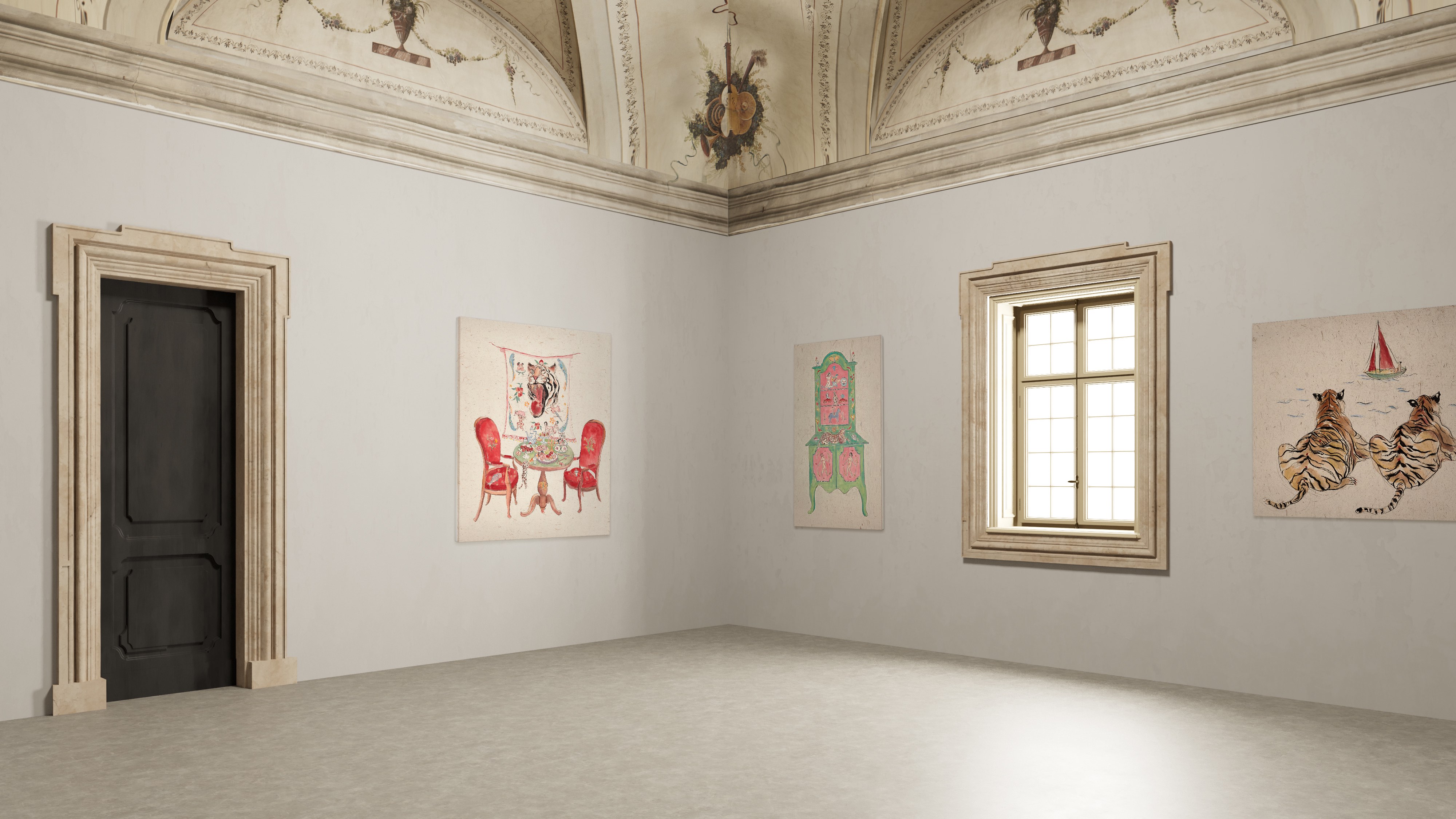 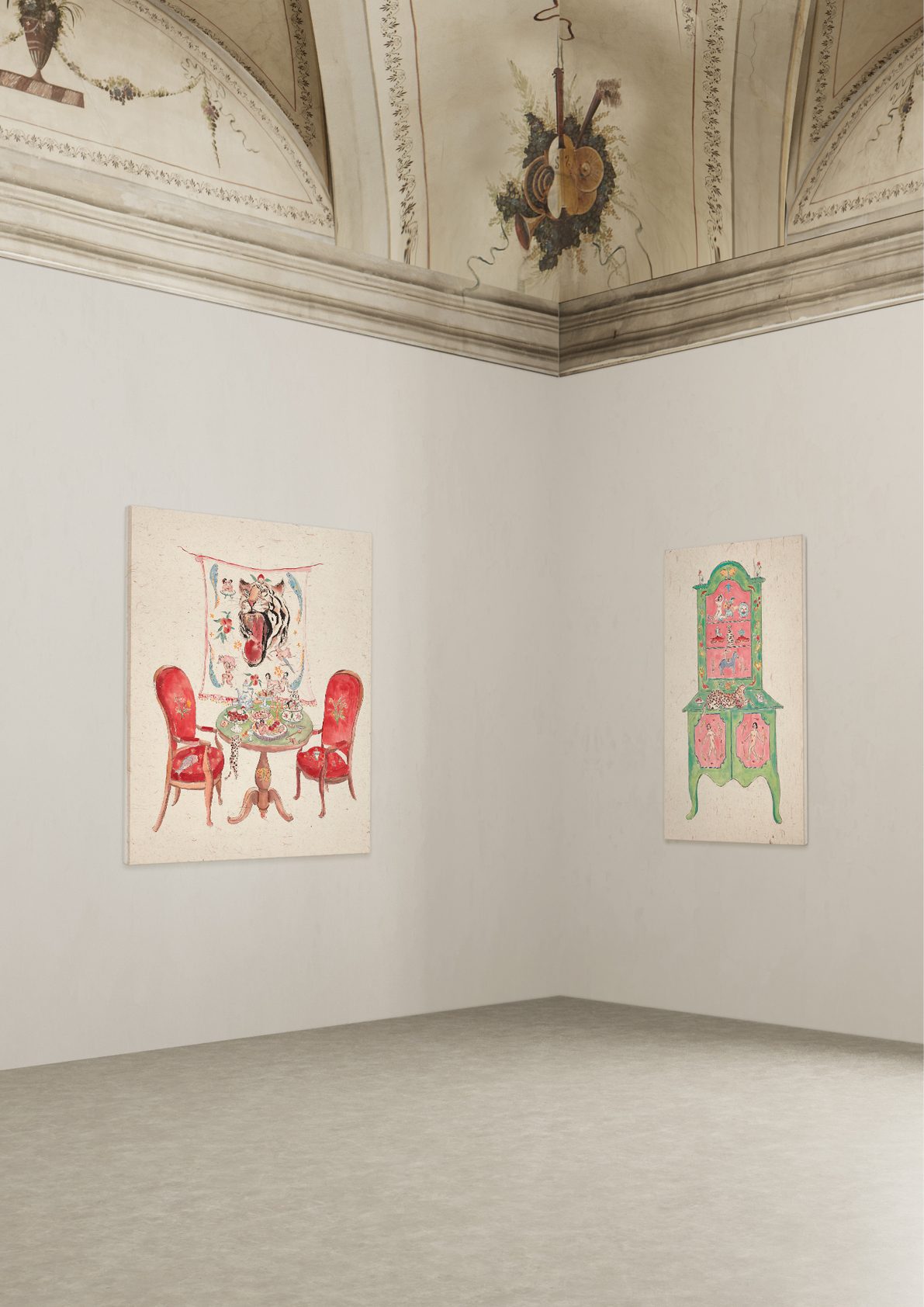 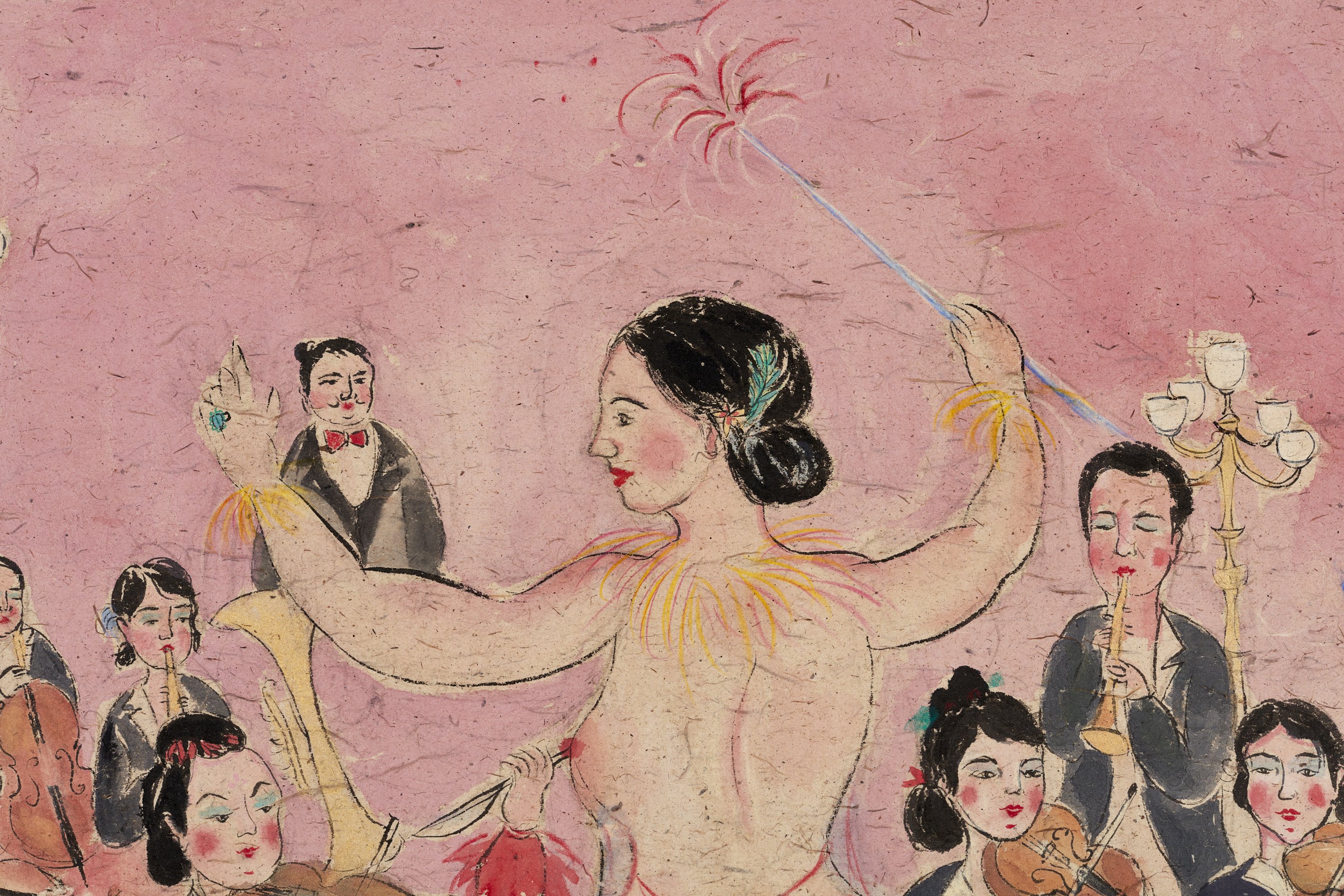 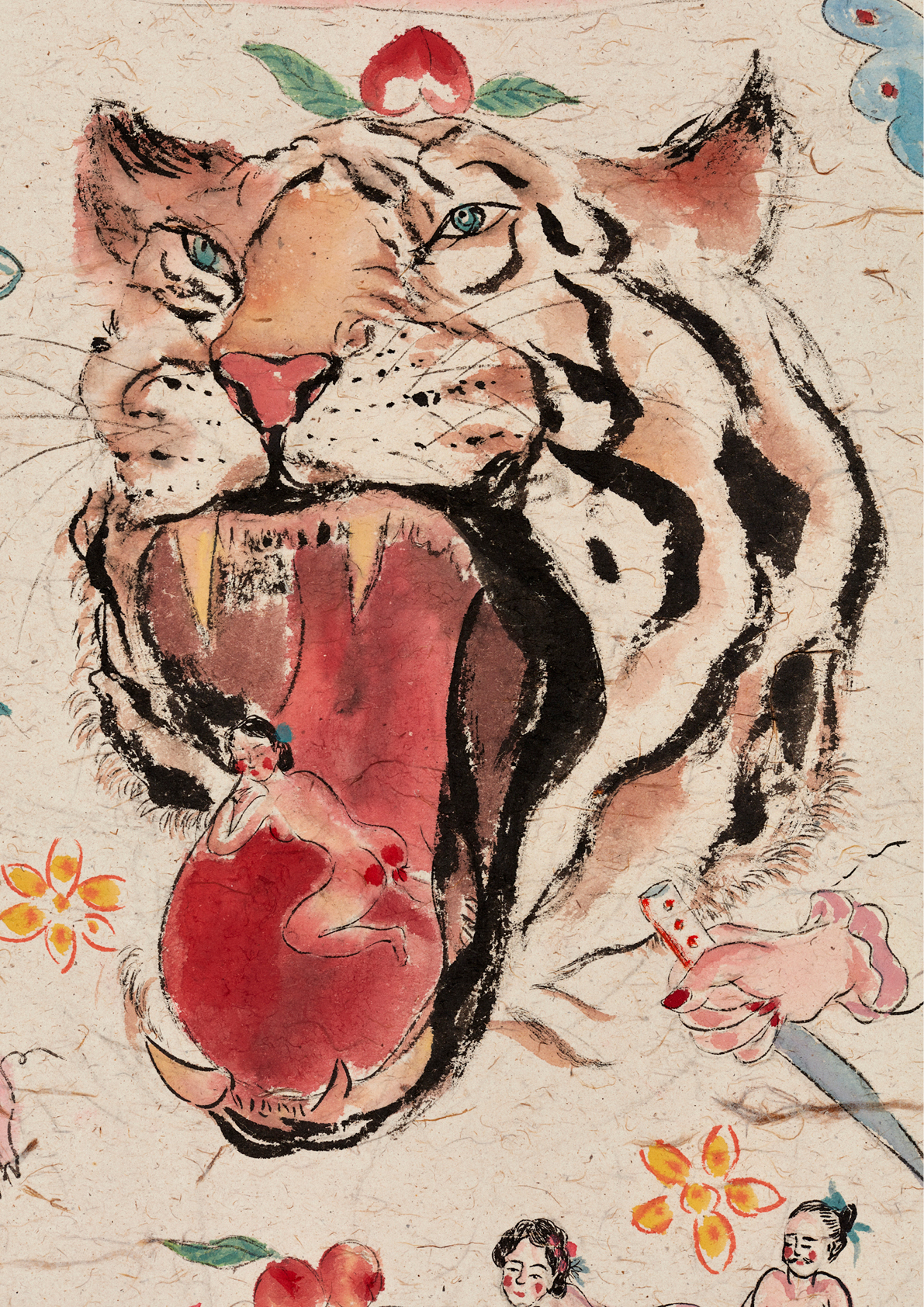 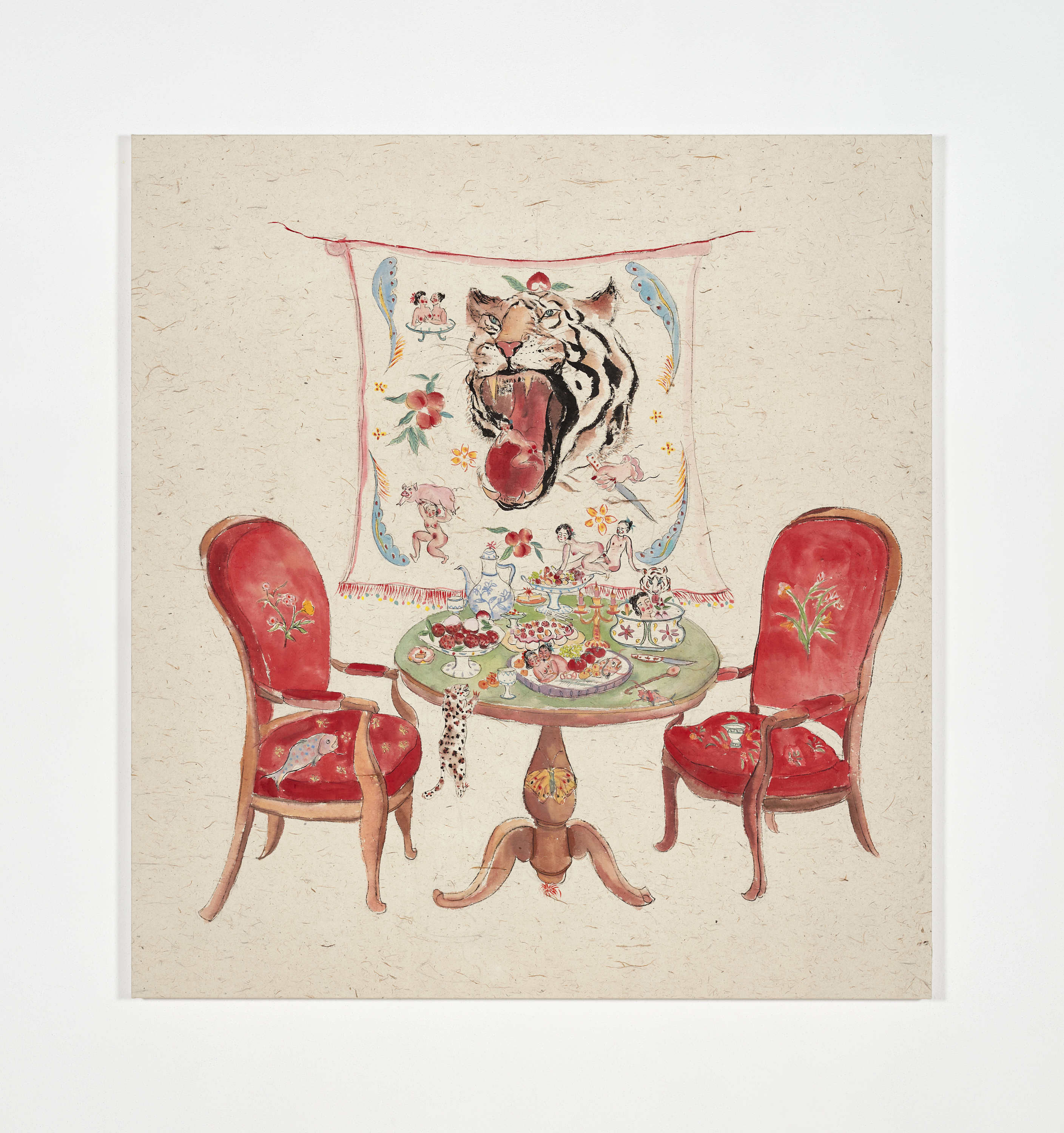 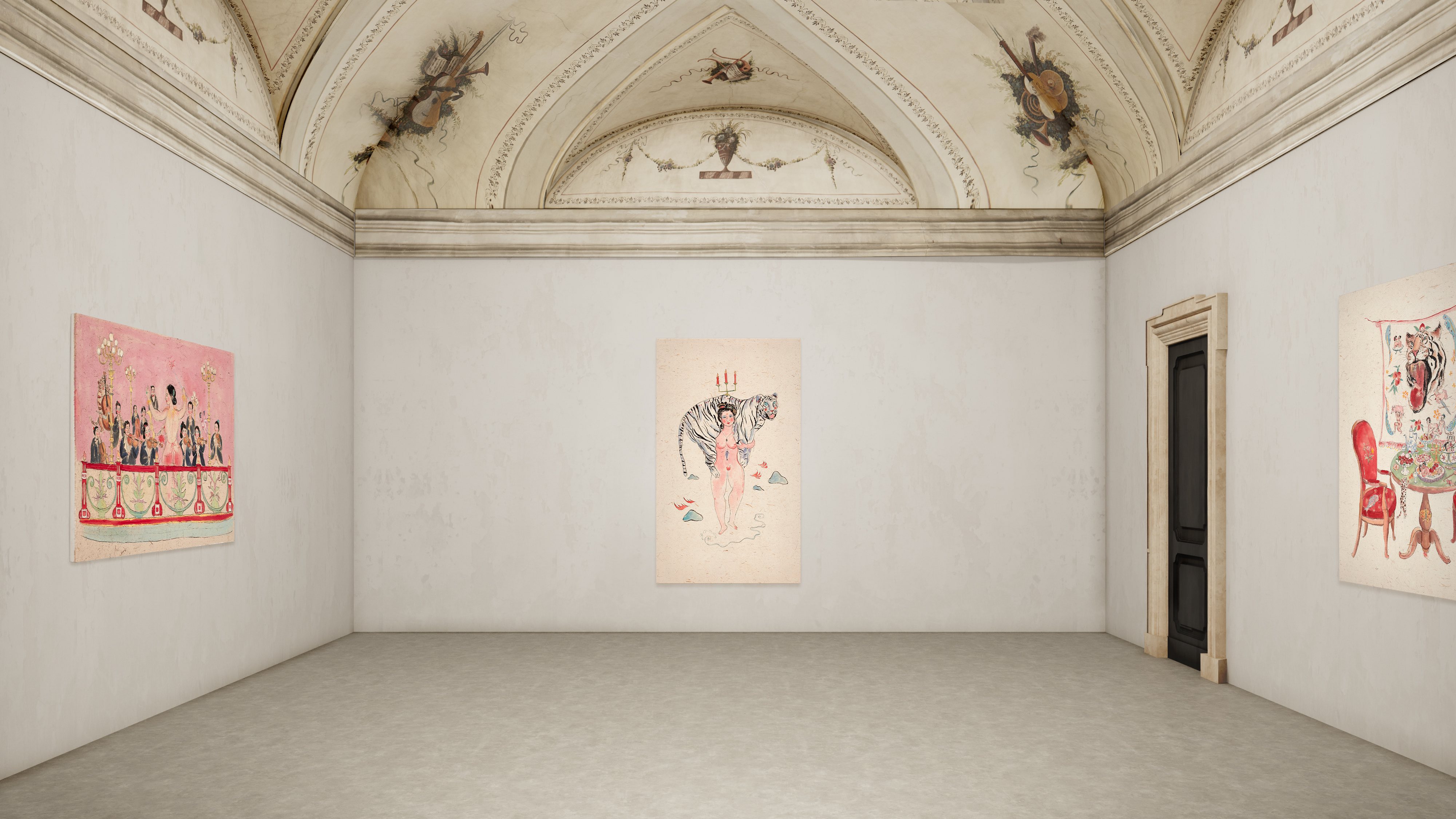 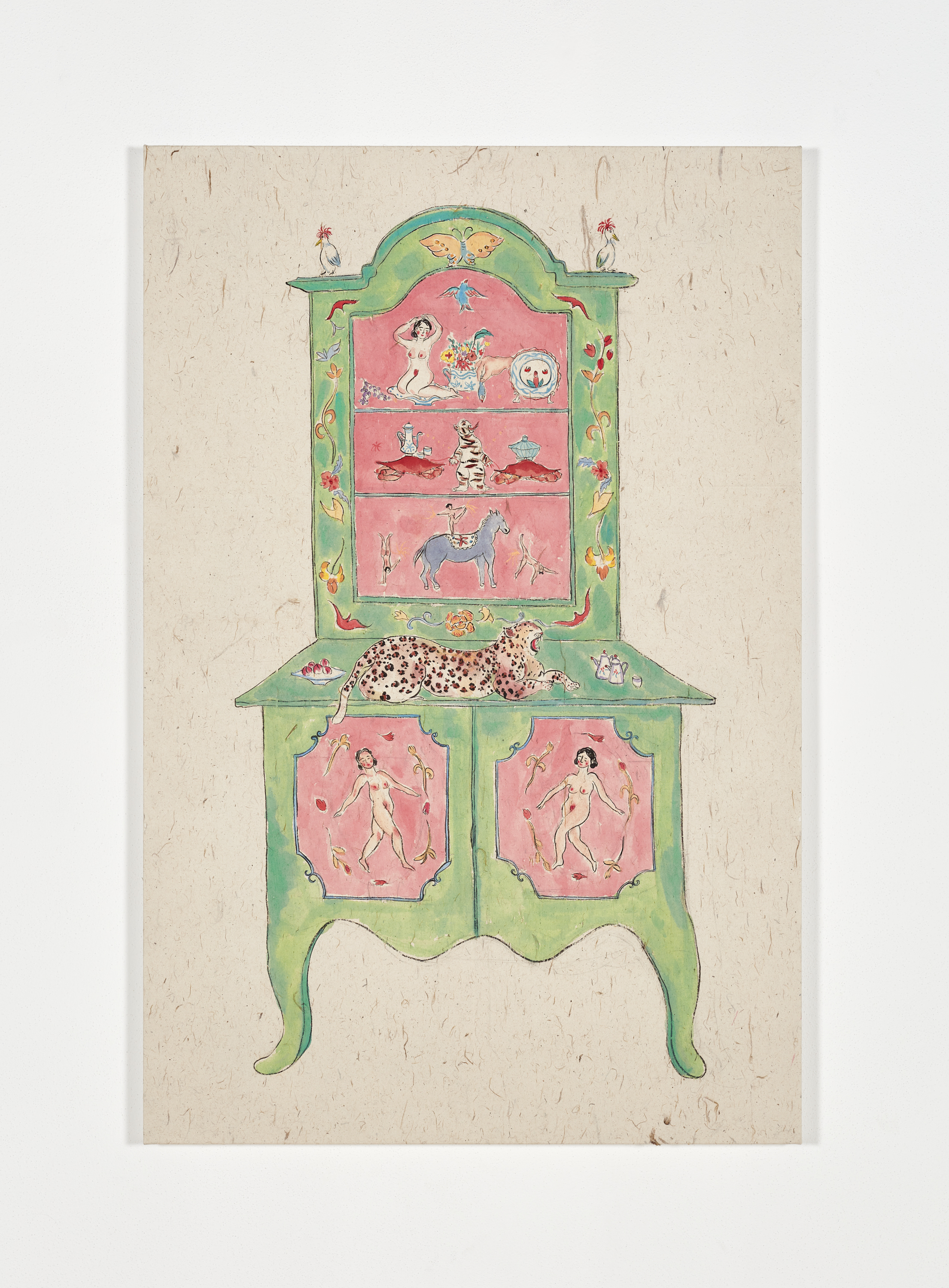