Camille Henrot, born in France in 1978, is an artist exploring new horizons of knowledge and creativity through various media including film, sculpture, drawing, installation, and more. Her work moves freely between rationality and intuition based on research driven by her vigorous intellectual curiosity.  Her interests encompass all aspects of the world including literature, philosophy, and anthropology, as well as today's digitalised information society. One of the most fascinating qualities of Henrot's art is that she not only receives but also comprehend information, and elevates her findings into humanities and culture (what one learns from all things, internalises and utilises) in the broad sense to create unfettered artwork embracing both order and chaos in the universe.

After the successful participation at the Intense Proximity triennial curated by Okwui Enwezor in 2012 and winning the Silver Lion at the 55th Venezia Biennale in 2013, Henrot's work gained international acclaim. In 2017, she became the third artist in history to have been given the "carte blanche" to hold a solo exhibition using the entire building of the Palais de Tokyo. She is one of the contemporary artists attracting the most attention today.

In Japan, Henrot's art has been mainly introduced through film. This is the artist's first comprehensive exhibition in Japan showcasing her work including large-scale installations up until today. Henrot's ikebana-inspired work, created through full collaboration with the Sogetsu Foundation at the exhibition venue, is part of her unique experiment in her solo exhibition in Japan.

This exhibition offers an opportunity to experience her enthusiastic intellectual exploration, reflect on how we should observe the world around us and what knowledge, humanities and culture truly are made of. In today's information society, it is much easier to obtain information than in the past, but that is probably why we no longer take time to thoroughly read and understand each piece of information including its origin and background. Henrot's exploration is driven by her sincere desire to know. Looking at her work, we can also see that she respects unknown territories that cannot be included in the system and aspects that cannot be verbalised. Henrot faces the world by firstly questioning every existing thing and then continues to pose questions from different perspectives. There is visible joy in her endless exploration rooted in humbleness for all things.

Henrot's work let us see, using all our physical senses, that there is more than one answer to questions, and that reason and creativity originate in the chaos of contradictions and ambiguities.

Occupyingthe entire exhibition space, this multi-layered art installation represents theorders and ambiguities of the world. Gottfried Wilhelm Leibniz’s fourprinciples relating to nature, contradiction, reason and continuity arerespectively portrayed on the four walls, creating an immersive study on topicsincluding stages of the formation of the universe, human growth, and ages ofhuman civilization. Information accumulated in chaotic coexistence and theclassification of a vast number of objects, images, and gestures become anexcess of impressions showing the failure of systems and rationality. Thisinstallation, considered the counterpart to the video work Grosse Fatigue,embodies the articulation of gaps and connections between private individual andglobal subject, what is limited and what is unlimited. 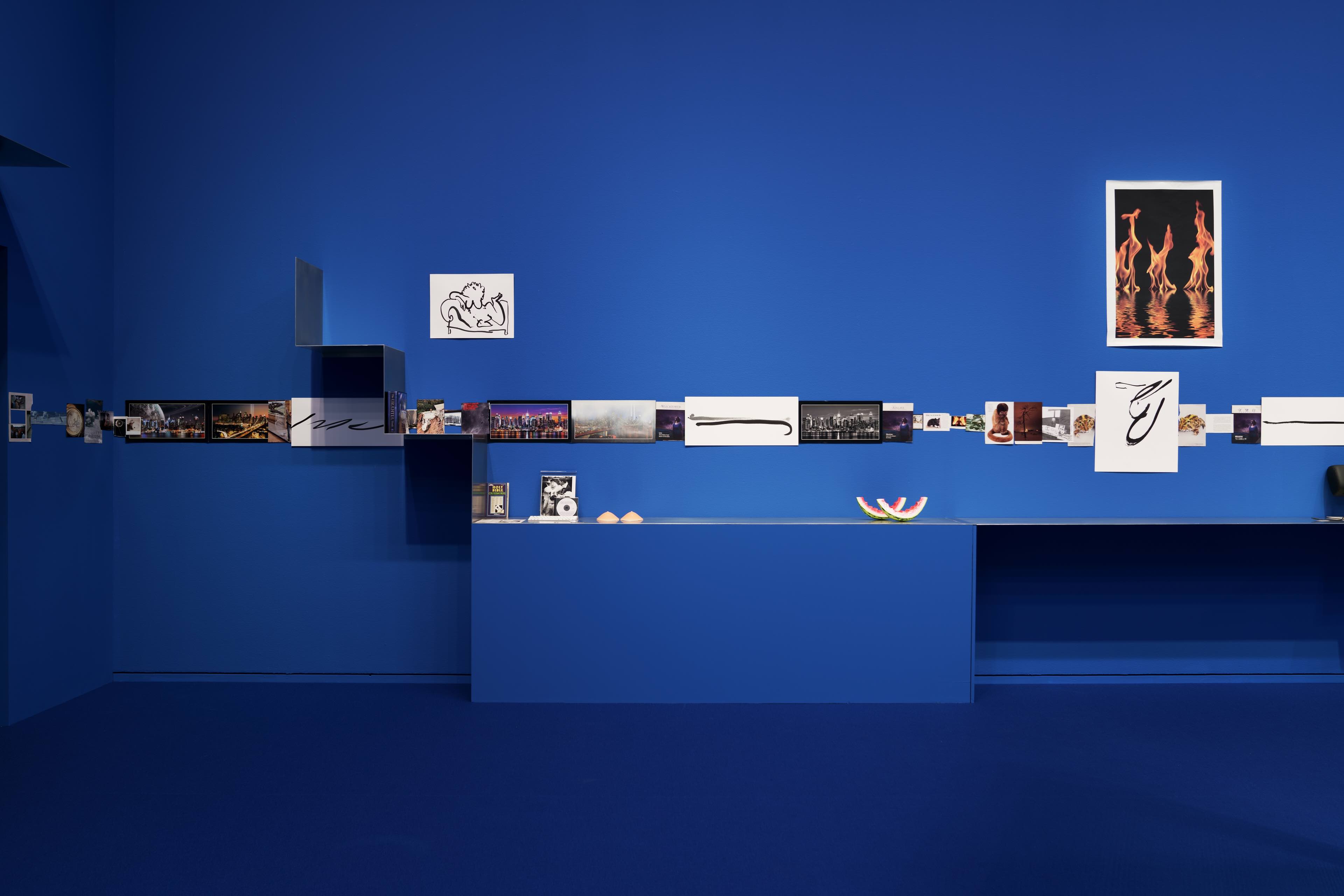 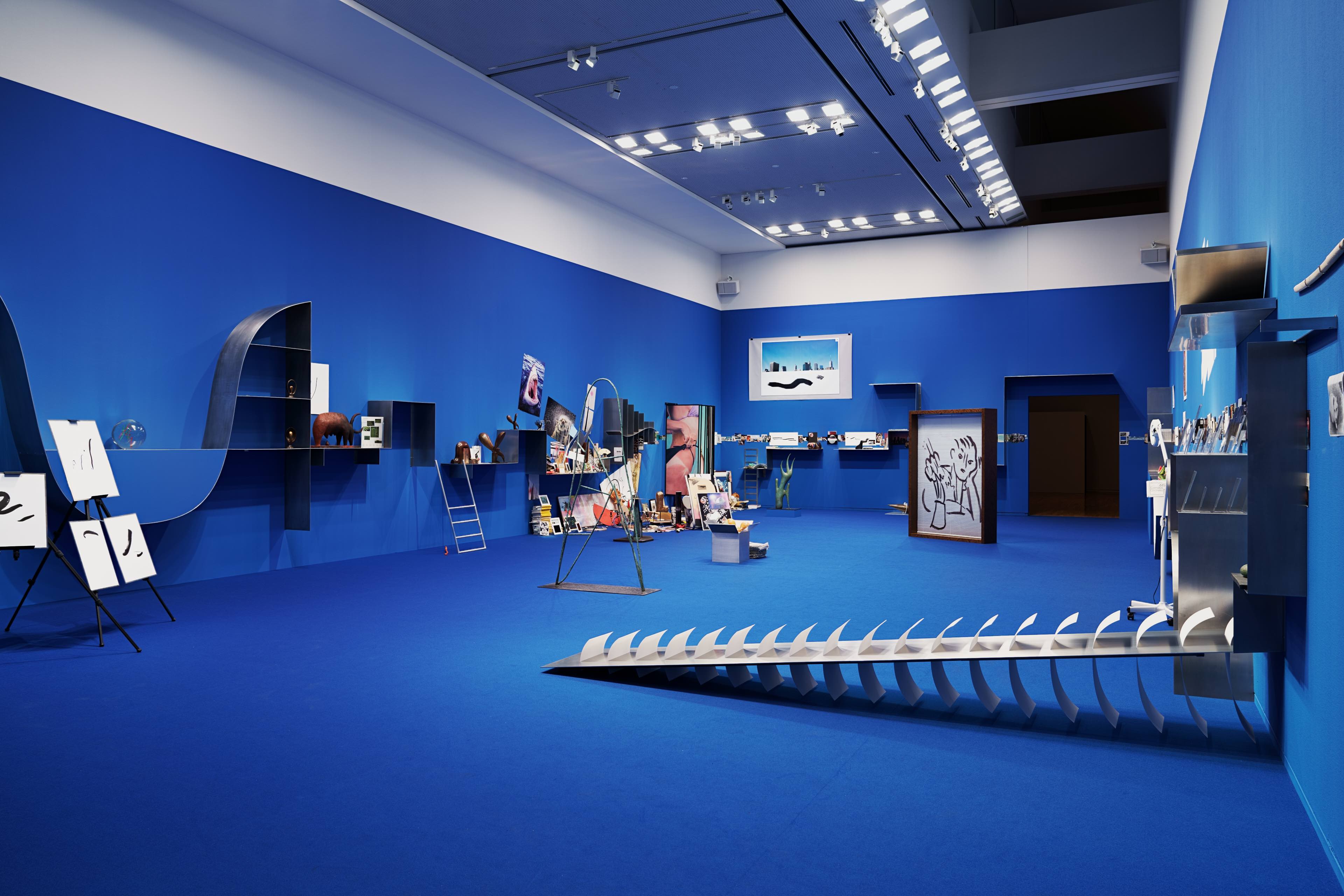 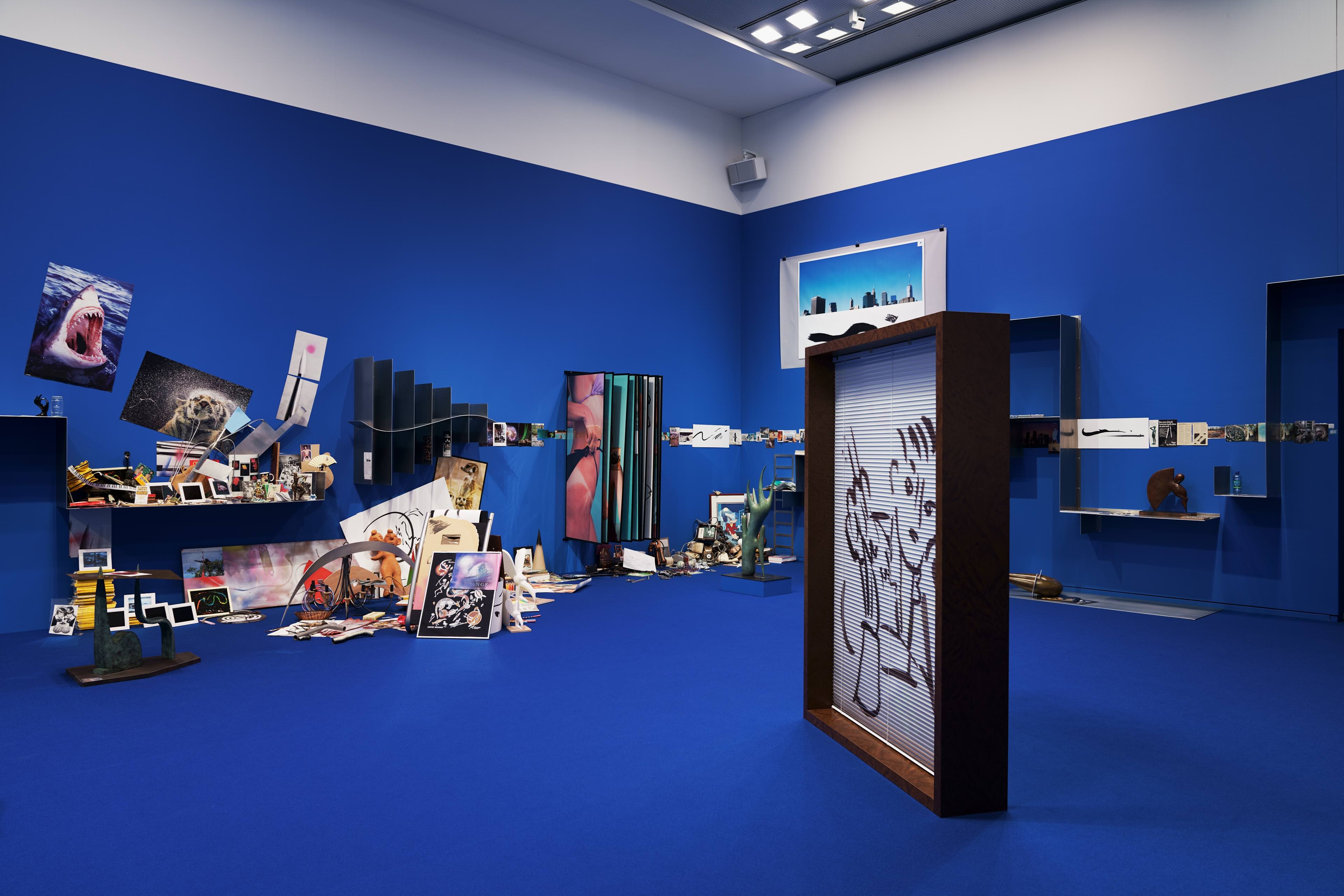 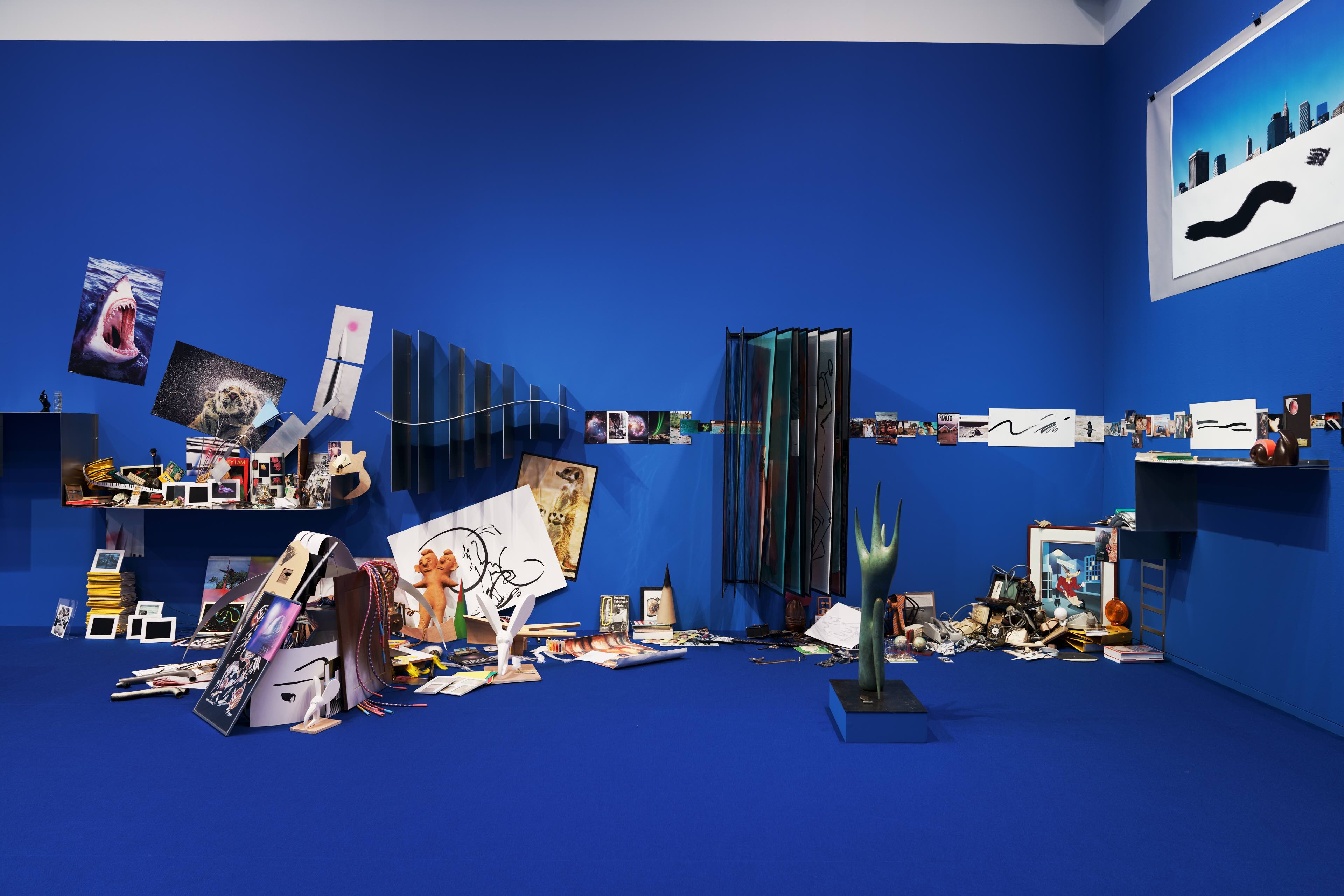 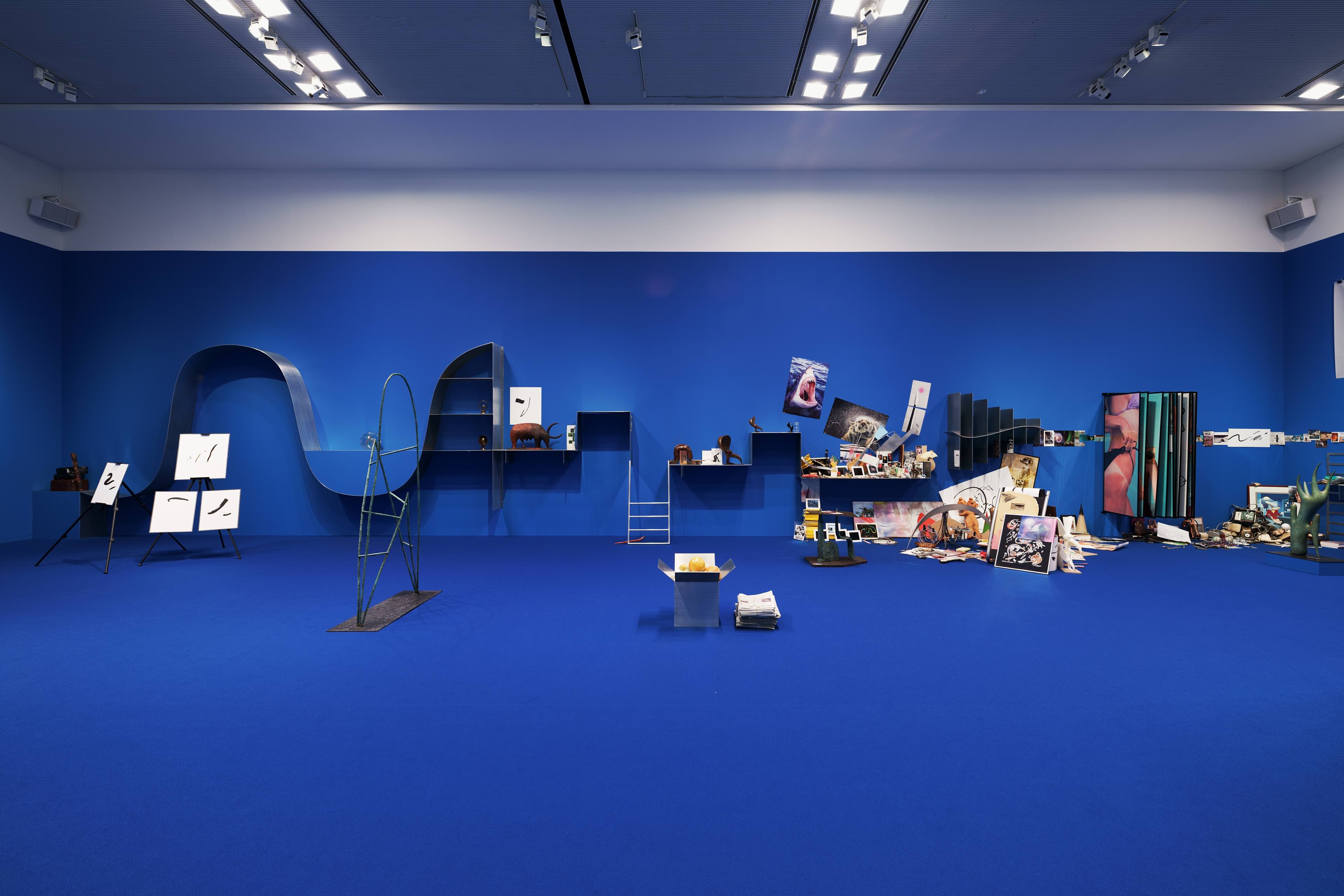 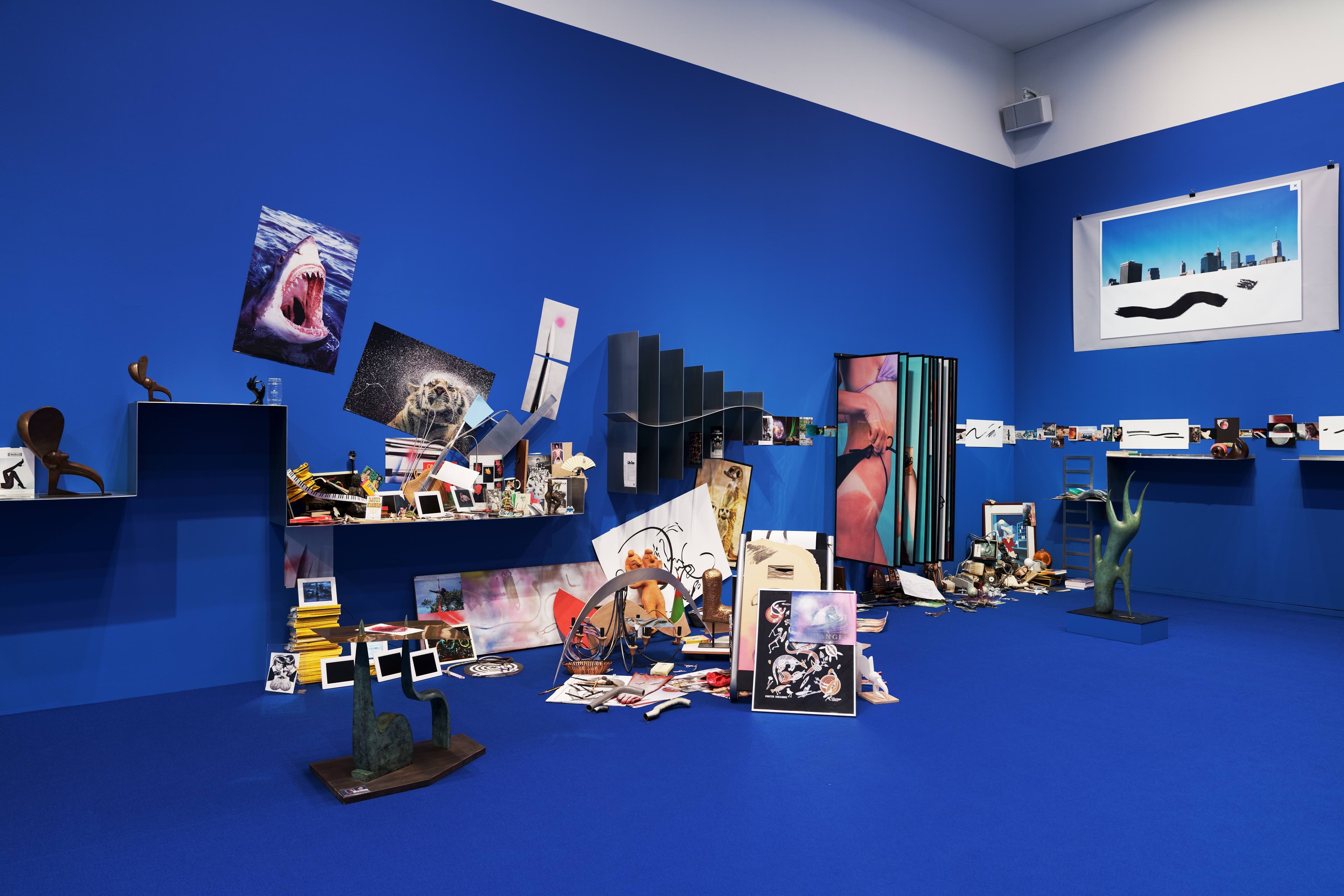