New York – Pace Gallery is pleased to present Robert Mangold: Paintings 2017–2019, an exhibition of RobertMangold’s most recent paintings, marking the artist’s sixteenth show with the gallery since joining it twenty-nine years ago. The exhibition features works centering on the formal possibilities of the square, as well as implied space, and will be on view September 18 – October 24, 2020 at 540 West 25th Street, New York.Distilling Mangold’s lifelong exploration of the perceptual tensions among shape, line, color, and surface, these new works epitomize the conceptual rigor and aesthetic sophistication of his six-decade career, while also demonstrating the artist’s enduring will to probe the fundamental questions of painting.

Driven by experimentation, Mangold’s new body of work reconsiders the implications of some of his most seminal paintings and often breaks with recent precedent. In Two Squares Within a Double Square (2017),for example, the flatness characterizing much of Mangold’s work is disrupted by the presence of a raised square, forcing the painting to engage with three-dimensional space in a manner not seen in Mangold's art since his Wall paintings of the mid-sixties. With Two Merging Squares (2019), the elegant graphite lines that have served to activate the surfaces of his canvases are no longer required for the work to stage a tension between its tacit internal geometry and the irregular shape of its perimeter. Color, too, undergoes a calculated shift. In works such as 3 Square Structure (2018), Mangold turns away from the neutral shades typical of his work of the sixties but also refrains from replicating the bolder hues of his art of the 1980s, opting instead for a middle ground: a strong yet sober red. Standing before these new works, viewers can experience another of Mangold’s dialectical tours de force—an art simultaneously oriented toward the past and the future.

Mangold rose to prominence in the 1960s as one of the most original and incisive voices shaping the polemics on the new painting of the time. Inspired by Mark Rothko’s atmospheric surfaces and the physicality of Barnett Newman’s monumental works, Mangold strove to create a new, ambiguous type of painting that combined these strengths. Using a spray-gun or roller, he applied oils to lumberyard materials, such as Masonite and plywood, to create smooth, monochromatic canvases in unassuming colors, as seen with his groundbreaking Walls series. Begun in 1963, these works’ visible seams, notched edges, and protrusions simultaneously emphasized a raw materiality, even architectural qualities, reminiscent of New York’s urban structures. Anticipating by two years Donald Judd’s influential theorization of the “specific object” as “neither painting nor sculpture,” Mangold’s work radically emphasized painting’s object-like qualities, narrowing the gap between the flat medium and three-dimensional ones, such as sculpture and architecture.

Bearing subtle color gradations, drawn lines, and employing a variety of forms, ensuing works, such as theAreas or V, W, X series, further synthesized a modernist understanding of painting as an illusory, optical surface with a literalist view of the medium as a thing in space. In its evolution, Mangold’s work never becomes predictably linear or dogmatic. Rather, it remains open to the surprising twists and turns of his intuition and curiosity, always referring to his earlier works and often reexamining the questions previously raised. In his essay for the exhibition catalogue, art historian Matthew Levy observes, “To revisit something from the past is often referred to as ‘circling back,’ yet what Mangold achieves with these works is more akin to a spiral—a looping backward to chart a new path into the future.”

Robert Mangold (b. 1937, North Tonawanda, New York) has, since the 1950s, explored line and color on supports ranging in shape, size, and dimension. Committed to abstraction as a means of communication, he has worked within a consistent geometric vocabulary to produce a varied body of paintings and works on paper. His career has developed through an evolution of techniques for the application of paint onto his chosen surface—first plywood and masonite, and later, beginning in 1968, stretched canvas. Moving away from the conventions of paintings, he introduced shaped canvases, working with symmetrical and asymmetrical forms as well as curvilinear edges. For his early shaped and multi-panel constructions,Mangold airbrushed oil-based pigments in gradations of color, and later used a roller before ultimately adopting a brush to apply acrylic in subtle hues that near transparency. He remained intrigued by color as much as structure, and his relationship with it shifted throughout the decades. His initial palette, inspired by industrial objects—file cabinets, brick walls, and trucks—transitioned toward colors that evoke mood: warm ochres, light blues, deep oranges, olive greens, and other hues. Mangold’s mostly monochromatic compositions show an attention to gesture with the addition of hand-drawn pencil lines that curve across the planes of color.

Pace is a leading contemporary art gallery representing many of the most significant international artists and estates of the twentieth and twenty-first centuries.Under the leadership of President and CEO Marc Glimcher, Pace is a vital force within the art world and plays a critical role in shaping the history, creation, and engagement with modern and contemporary art. Since its founding by Arne Glimcher in 1960, Pace has developed a distinguished legacy for vibrant and dedicated relationships with renowned artists. As the gallery approaches the start of its seventh decade, Pace’s mission continues to be inspired by a drive to support the world’s most influential and innovative artists and to share their visionary work with people around the world. 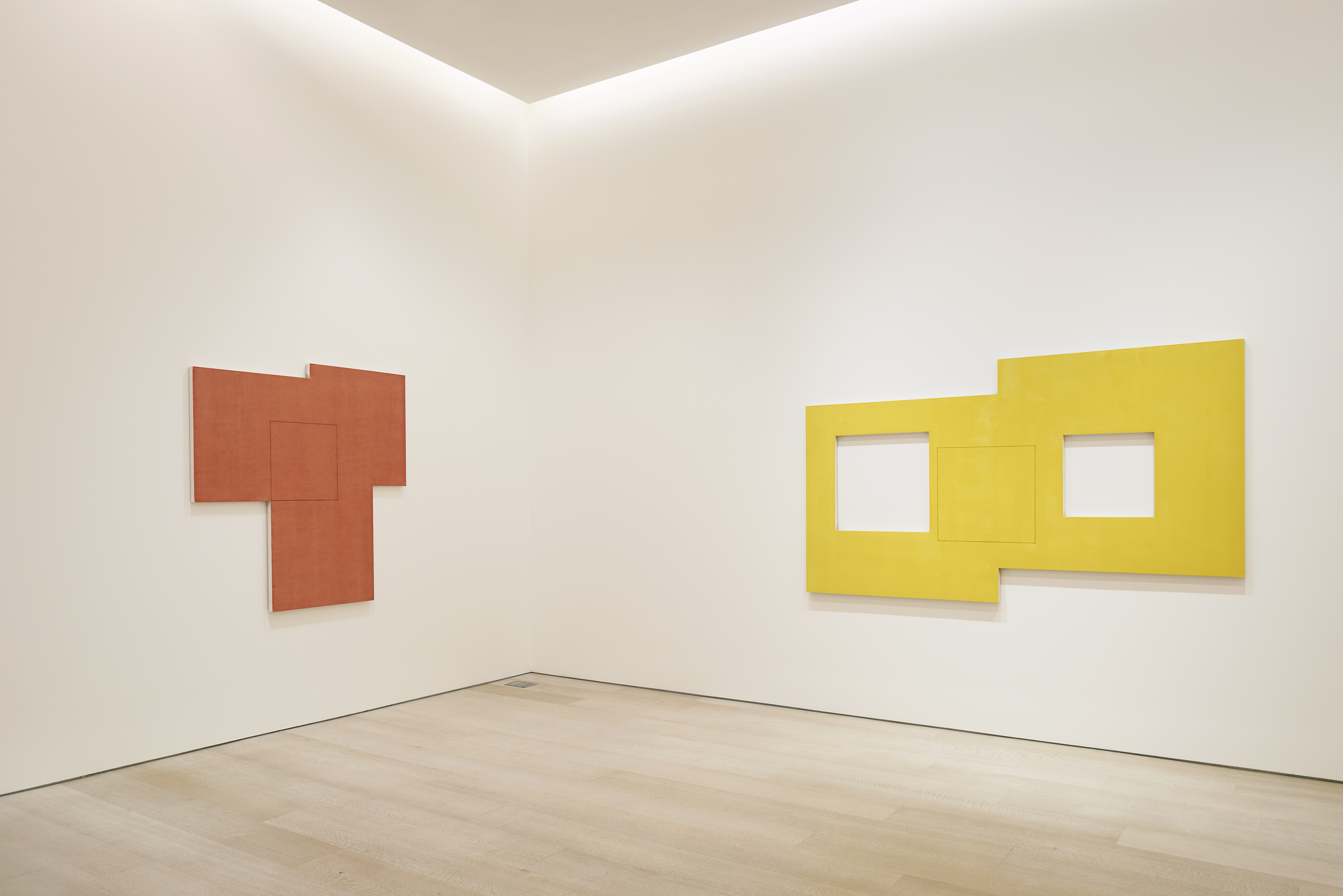 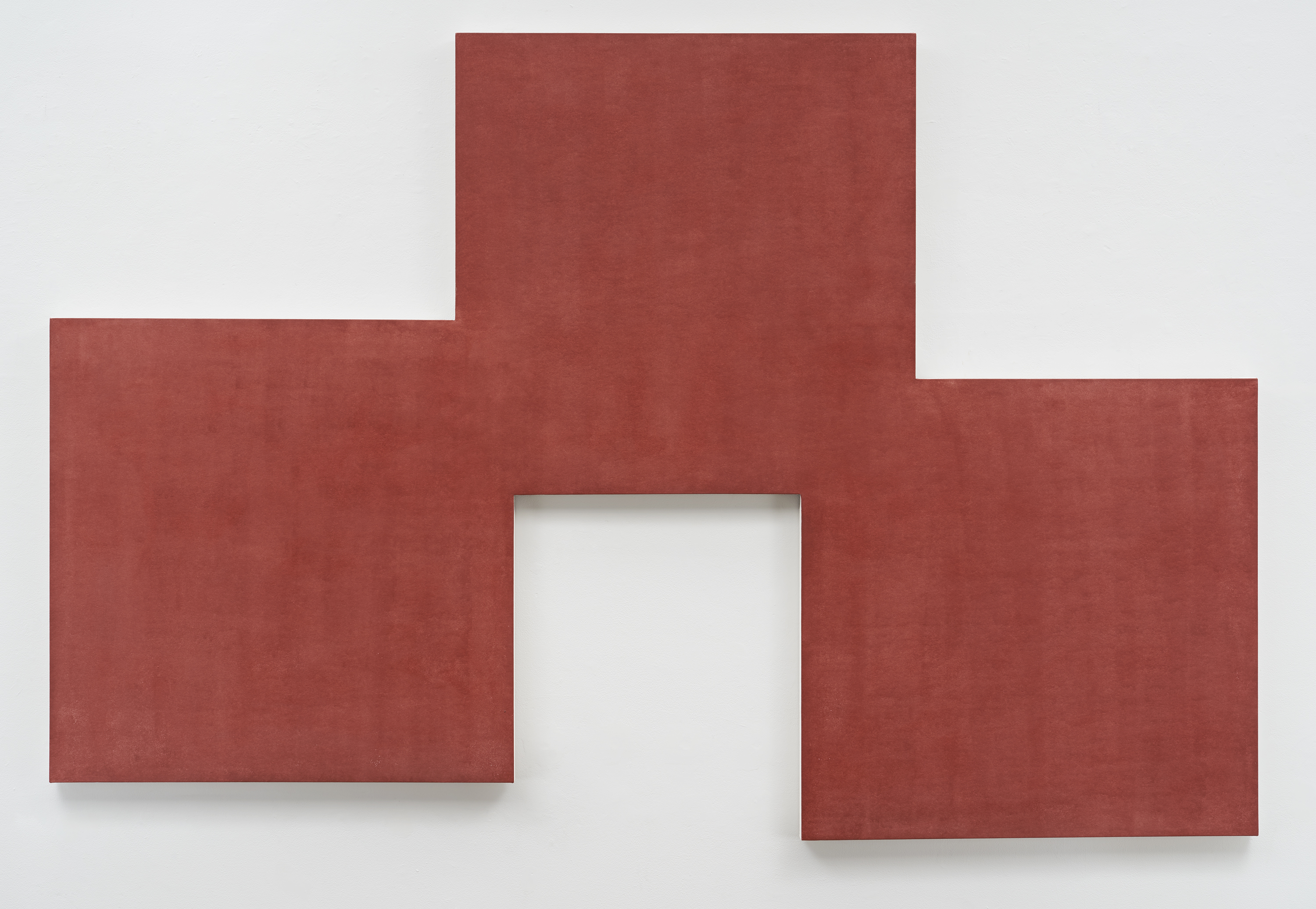 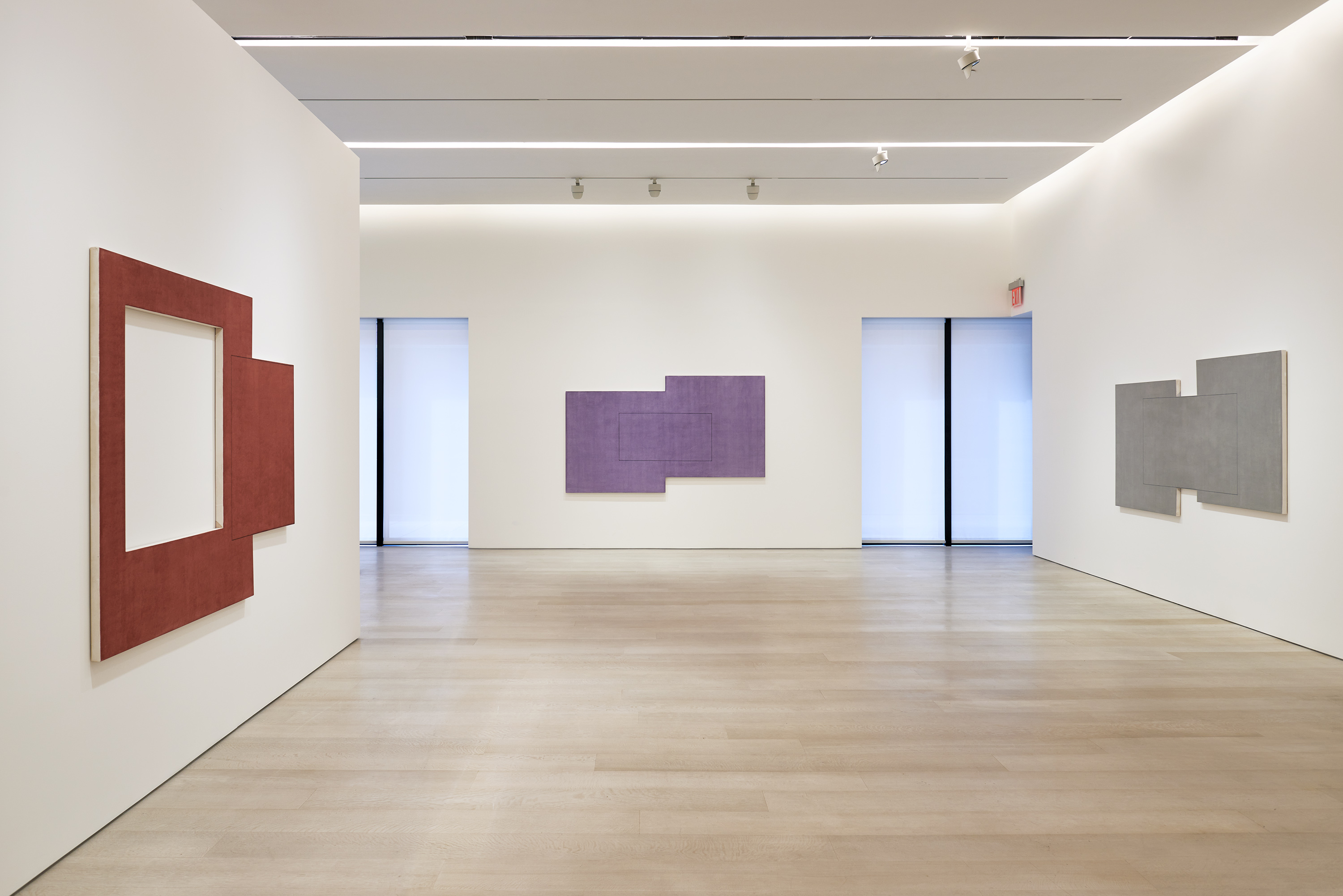 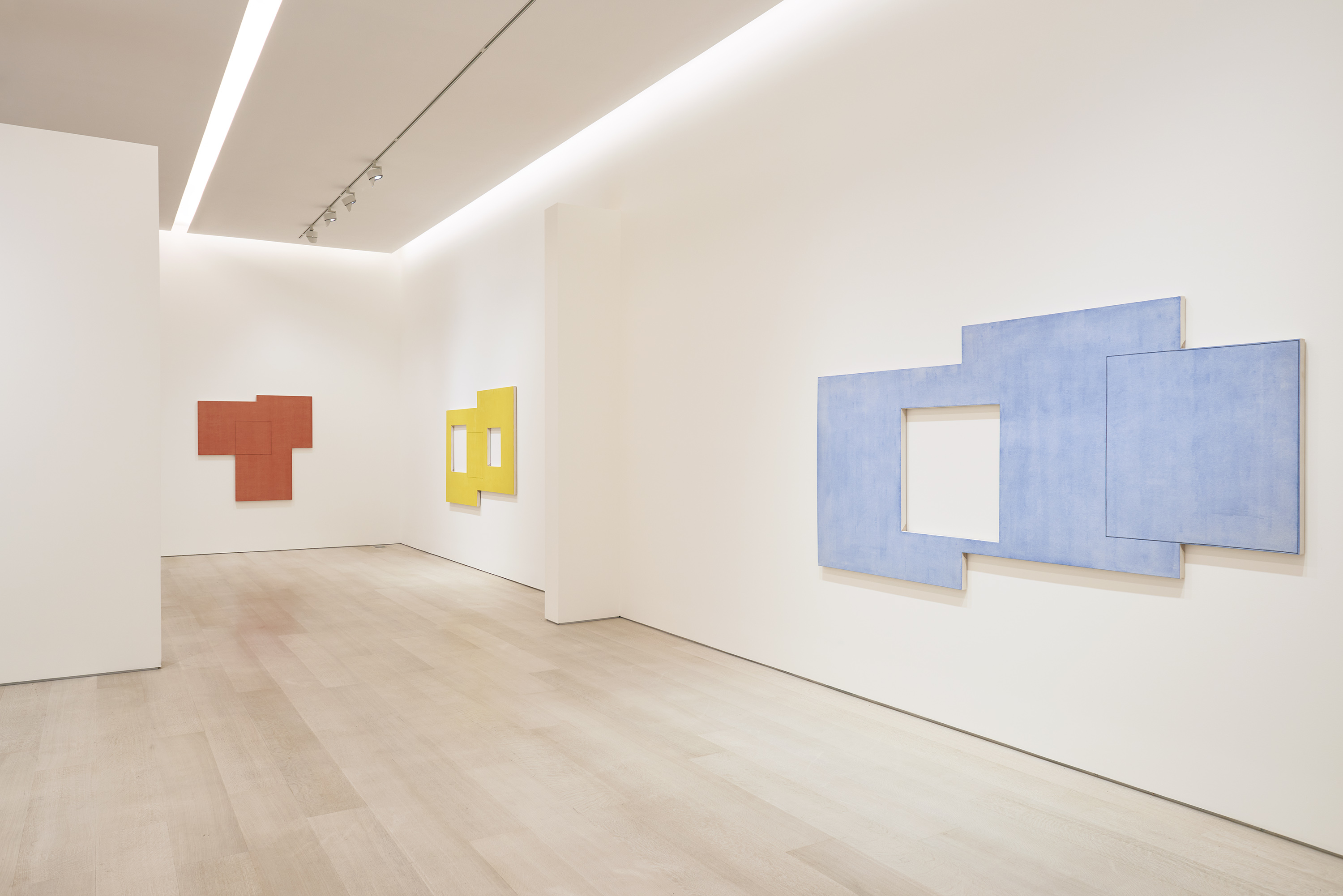 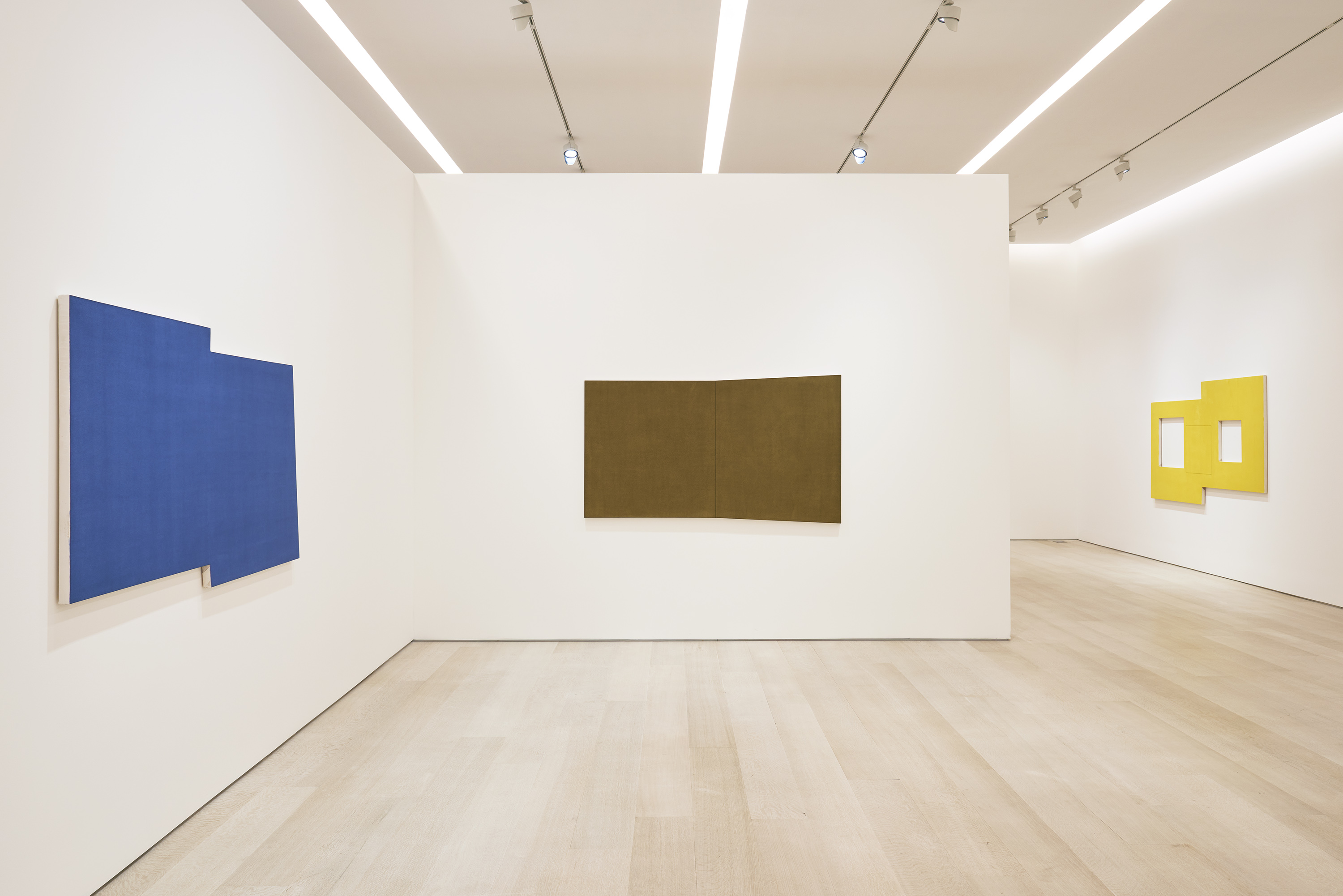 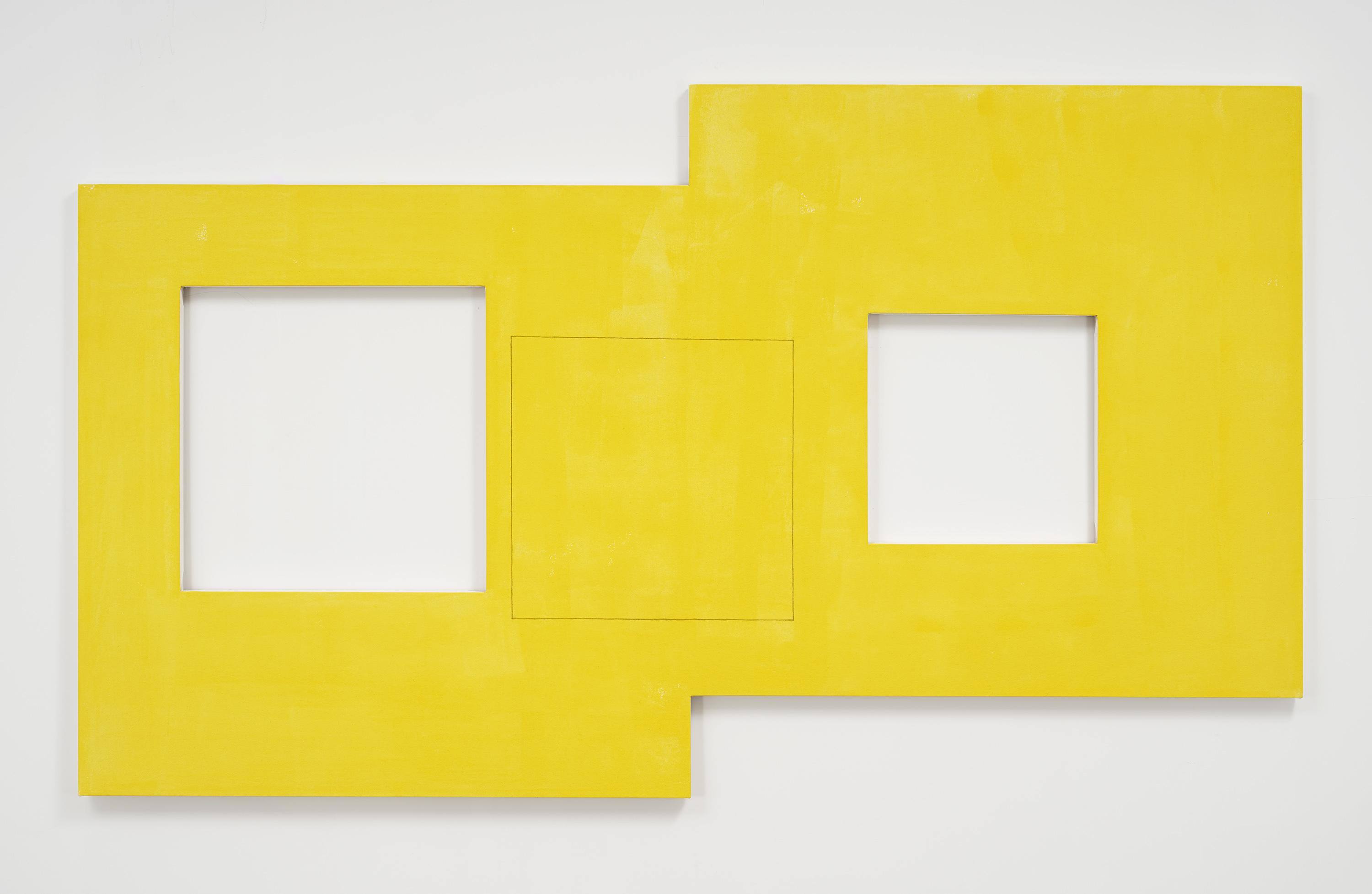 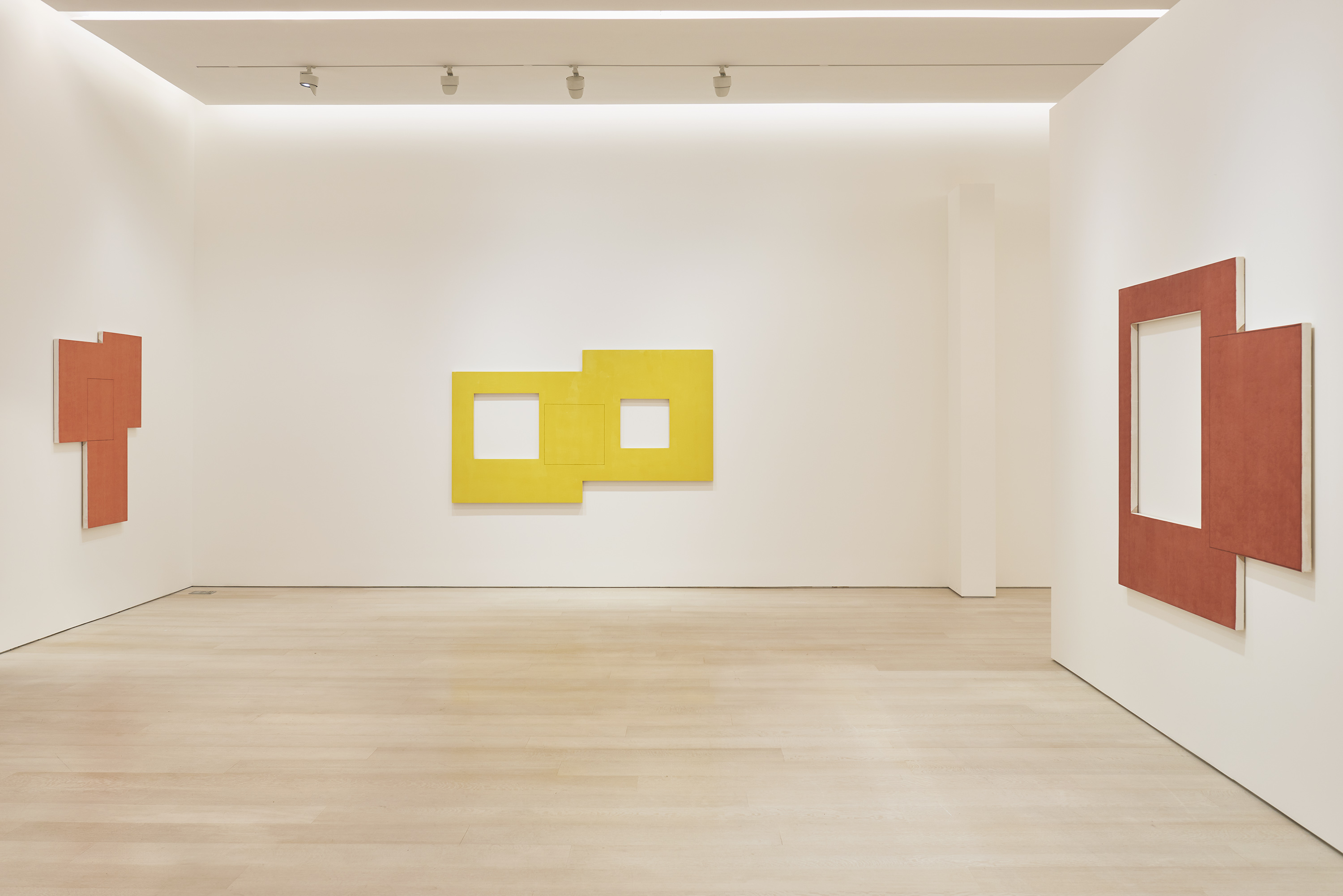