KÖNIG LONDON is pleased to present OPEN CALL, a group exhibition curated from a series of studio visits held through the gallery’s digital channels during lockdown.

As physical distance transformed our means of seeing and discovering new works, KÖNIG GALERIE has invited artists to participate in digital discussions online, bridging the gap of separation and expanding horizons of engagement. Showcasing works by 14 artists, including Jack Penny, Marie Hazard, Machteld Rullens, Ruben Maria and more, the exhibition culminates in the manifestation of such new encounters into the material space.

Through an ancestral technique, Marie Hazard weaves on a wooden loom, each thread as though composing verses of a materialised poem. She overlays the textile with printed words, inviting the viewer to decode this juxtaposition between craftsmanship and language.  Giving a new life and continuation to an ancient process, she creates pieces that convey the subtleties and essence of communication. Hazard lives and works in Paris and holds a BA in textile design from Central Saint Martins.

Gianna Dispenza’s physically charged works observe archetypal images, in this case the herculean athlete, and transpose them into a present landscape. One Small Club draws from a photograph sourced in a newspaper sports section depicting rugby players huddled against each other. Through the use of clay, and grout the artist’s bodily energy is translated onto the canvas, amplifying the image and recontextualising the subject. Gianna lives and works in London. She graduated from The Royal College of Art, London UK with an MA in Painting.

Machteld Rullens’ sculptures made from found cardboard boxes tread the boundaries between the obsolete and the invaluable. The abandoned objects are rearranged to accentuate their architectural qualities; they are painted with vigour, conveying energy and grit. Subsequently the works are coated in epoxy resin, transforming what was once an idle, fragile and forgotten object into a solid and charged gleaming mass. Observing notions of emptiness, her pieces seek to challenge ones’ perceived limits to the breadth of transformation.

Through a process of shredding, submersion and compression of paper, Ruben Maria’s Paper Panels take on a homogenous, smooth form reminiscent of concrete slabs. A  stark contrast is created between the fragile materiality of the works and the impression they convey. Although seemingly industrialised, each panel is characterised by subtle distinctions, with details of coloured specks pertaining to the blended papers used in each piece. Relics of the artist's studio, an ode to elementary materials, these “paling-forms create an aestheticised version of used paper”. Ruben Maria lives and works in Zurich.

Tunji Adeniyi-Jones’s large figures investigate the artist's west-african heritage and its mythologies. The “vibrant bodies” in Red Ancestors predicate this legacy in their exalted stance. Masks and geometric forms center the composition of the piece, as though in a totemic configuration around which the body whirls voluminously. Adeniyi-Jones lives and works in New York and holds an MFA in Painting from the Yale School of Art.

Anastasia Savinova’s Geosmin series is interested in re-approximating the human body to its earthly origins. Geosmin Heart hangs ominously from the gallery’s concrete beams as a dangling ripe fruit. The Geosmin graphite works on paper depict suggestive forms, which in their magnitude, impose an intensely intimate confrontation with the subject matter. Savinonva lives and works in Umea, Sweden. She graduated from the Samara State Architectural University with an MA in Design.

François Xavier Saint Pierre’s work draws from the aesthetics of classicism. Sourcing from architectural features and agricultural landscapes, Saint Pierre contemplates the sensibilities of a bygone epoch whilst transposing such into a contemporary dialogue. The work Oranger depicts an orange tree blossoming during  winter at the Villa Medici in Rome, where the artist participated in a residency program at the French Academy. Saint Pierre lives and works in Toronto, Canada.

Prendi’s seemingly free standing sculptures evoke the female form in an engaging manner playing with the viewer’s perception of depth and volume. These sensual bodies amalgamate the idea of a holographic universe, which in its flatness is still capable of arising intangible emotional responses.

Single words show up in Thomas Rhube’s paintings giving an opportunity to reflect on their meaning within the context of a void framework. The font imitates the very regulated process of transferring computer generated letters on the canvas. The words are juxtaposed by seemingly random but in fact calculated dots informing his painterly process. Rhube lives and works in Berlin

Yva Jung’s Green Apples rhythmically emerge from an almost palatable green plane. Apples are a recurring subject in Jung’s work, whereby she investigates their symbology from a sensual and sinful connotation to their scientific standing as the prime example of Newton’s gravitational law. Through this simple example, Jung explores a duality between the esoteric and the cartesian rationals which fundamentally inform diverging perspectives on the human presence within its cosmos. Yva Jung lives and works in London and holds a PhD in Fine Art from Slade School of Fine Art, London.

Karolin Schwab’s work Echo portrays in her minimalist language, the dialogue between two objects (either animate or inanimate)  and their interaction with their environment. Schwab invites the viewer to enter a conversation by observing themselves and their surroundings through a reflective surface at the base of the sculptures. She provides a framework conducive to a “moment of connection between man and nature, between the inner and outer landscapes”. Schwab lives and works in Berlin. She holds an MA in Fine Art from the Universität der Künste in Berlin.

Ming Lu’s ceramics humorously comment on stereotypes associated with Chinese culture in western societies and her own identity existing within these two realms. Peking ducks are ubiquitously present on shop windows at Chinese restaurants. Whilst contrasting this pervasive and simplistic perception of Chinese culture, she incorporates traditional calligraphy, spelling out the word Love or the ancestral method of Ge glazing, denoting a tension between contemporary art and traditional Chinese craftsmanship.

William Grob’s expressive canvases depict familiar scenes tinted with a veil of psychological charge, externalising the internal realities that exist within one’s intimate perceptions and experiences. In fact, as Grob describes, as a result of a longstanding speech impediment which curtailed his ability to communicate as a child: “Art became my mother tongue, using colour and form to express my happiness or frustration which is now, subconsciously, deep rooted into my practice.” Grob holds a BA in Photography from Falmouth University 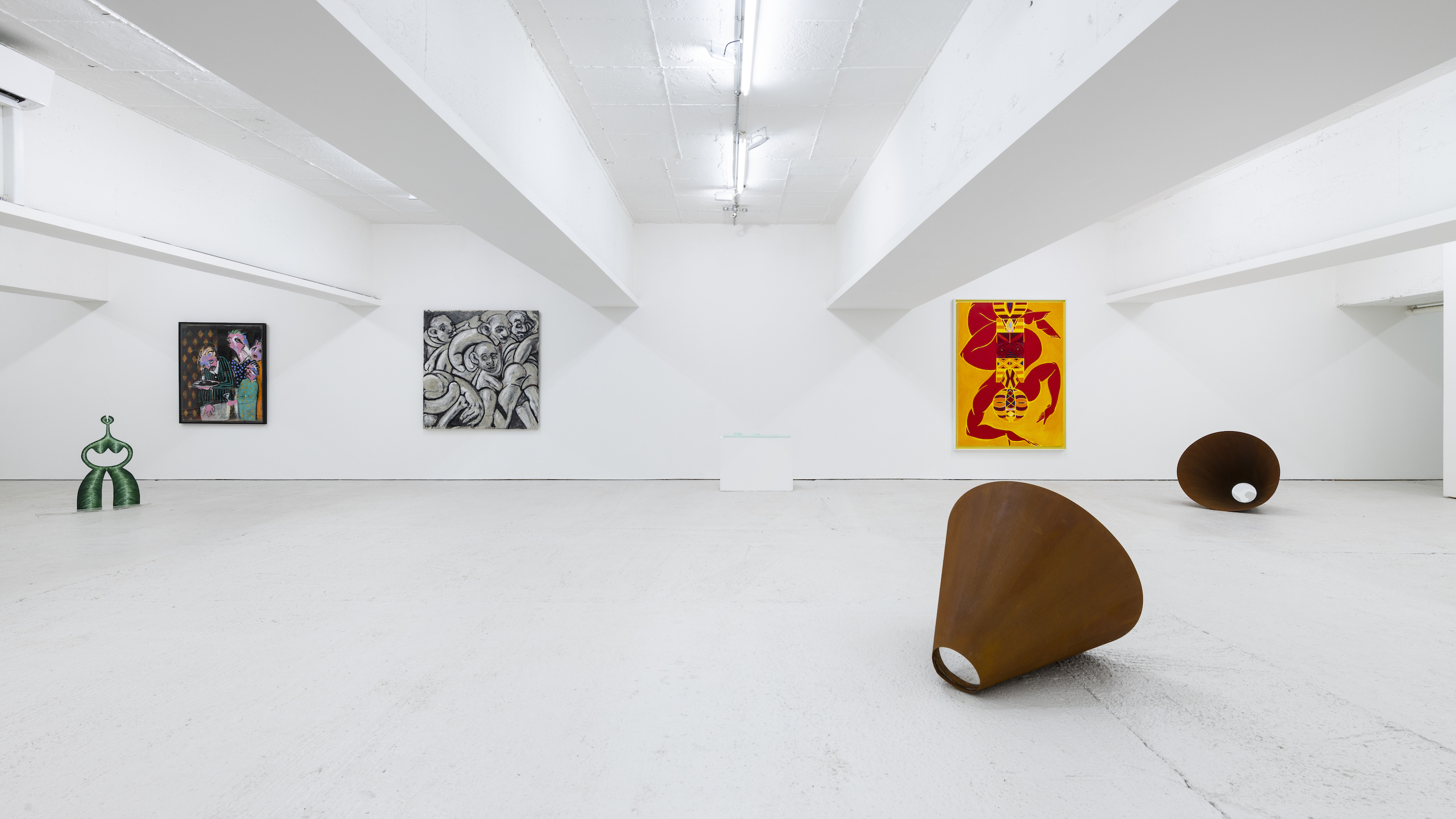 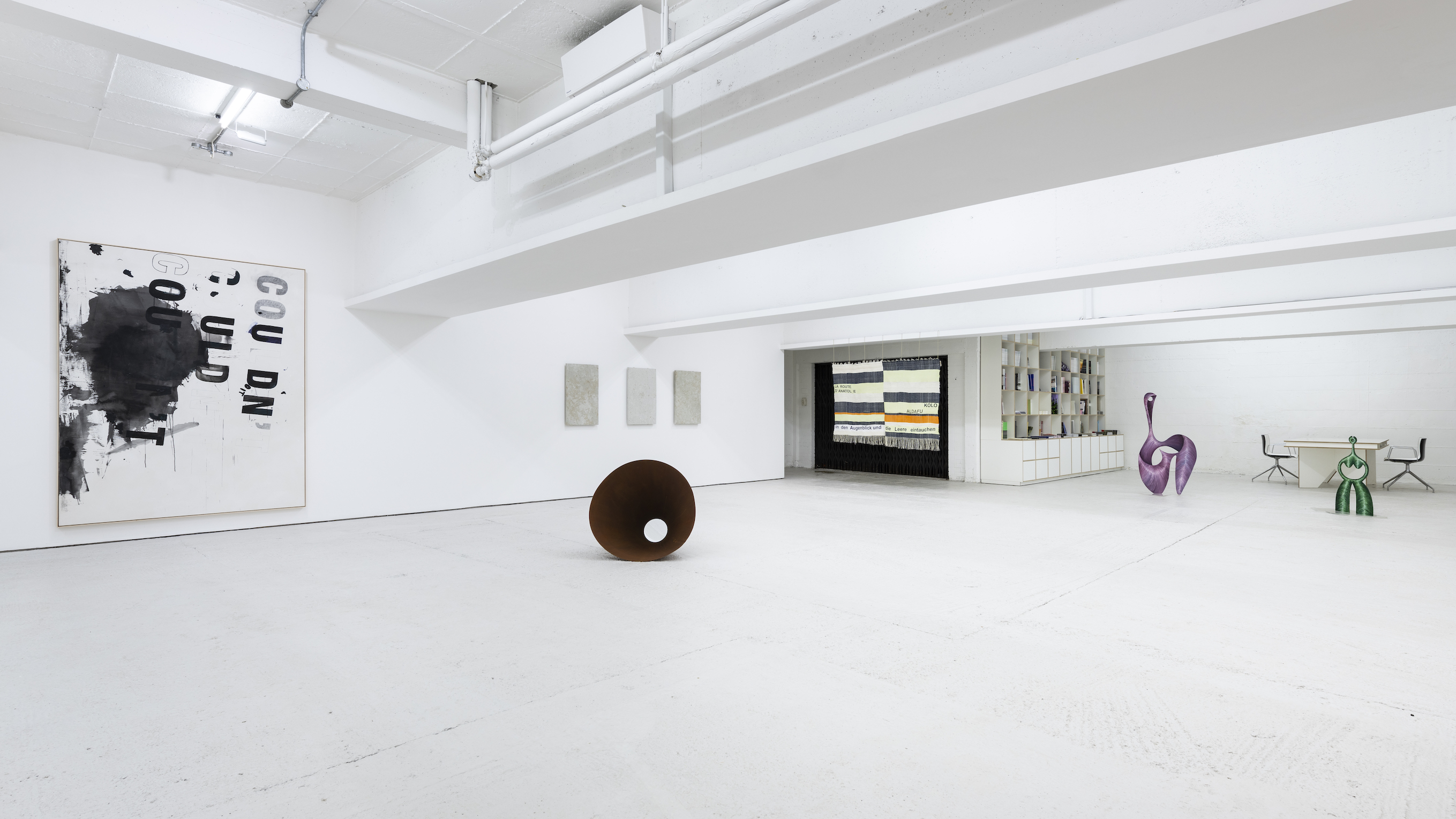 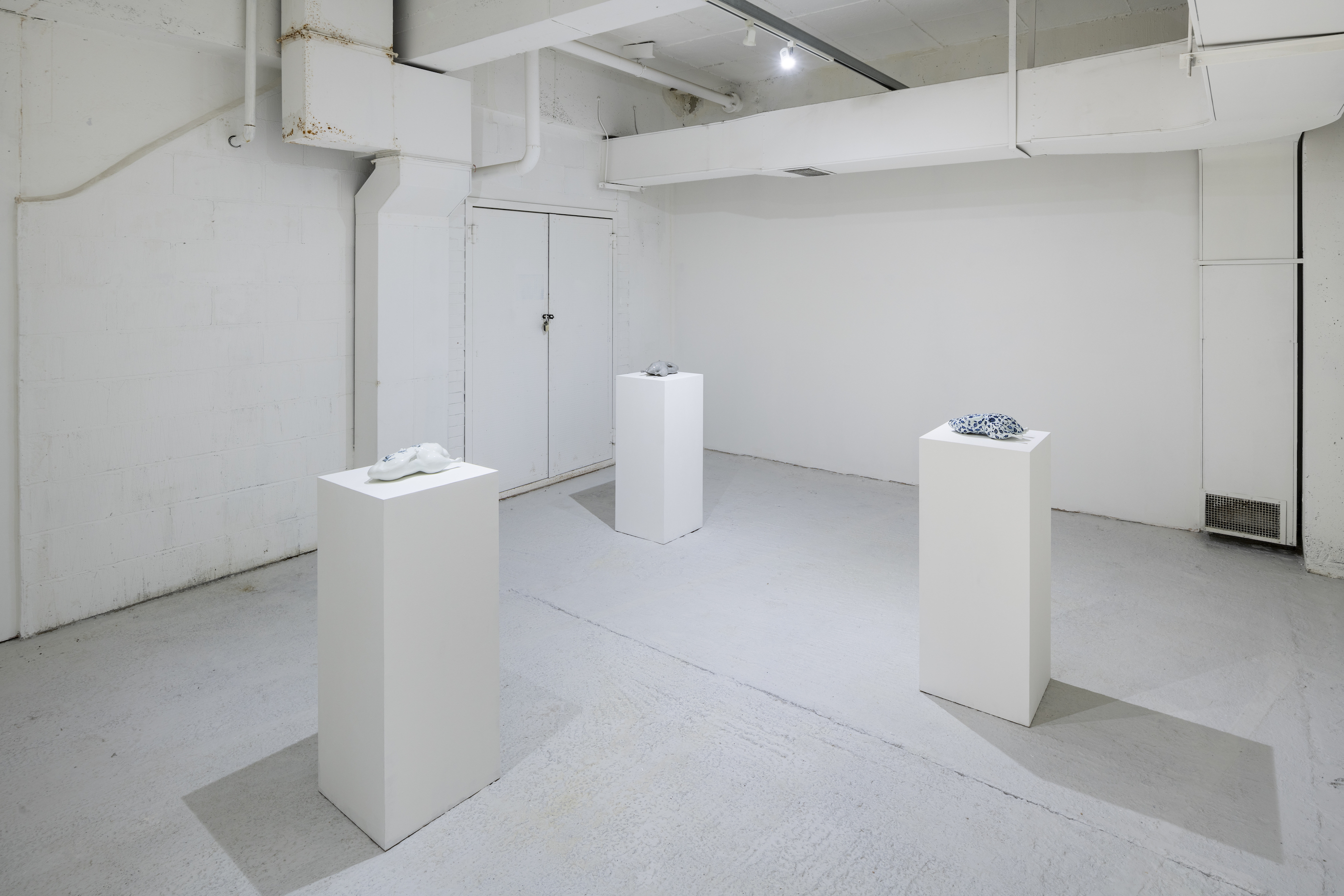 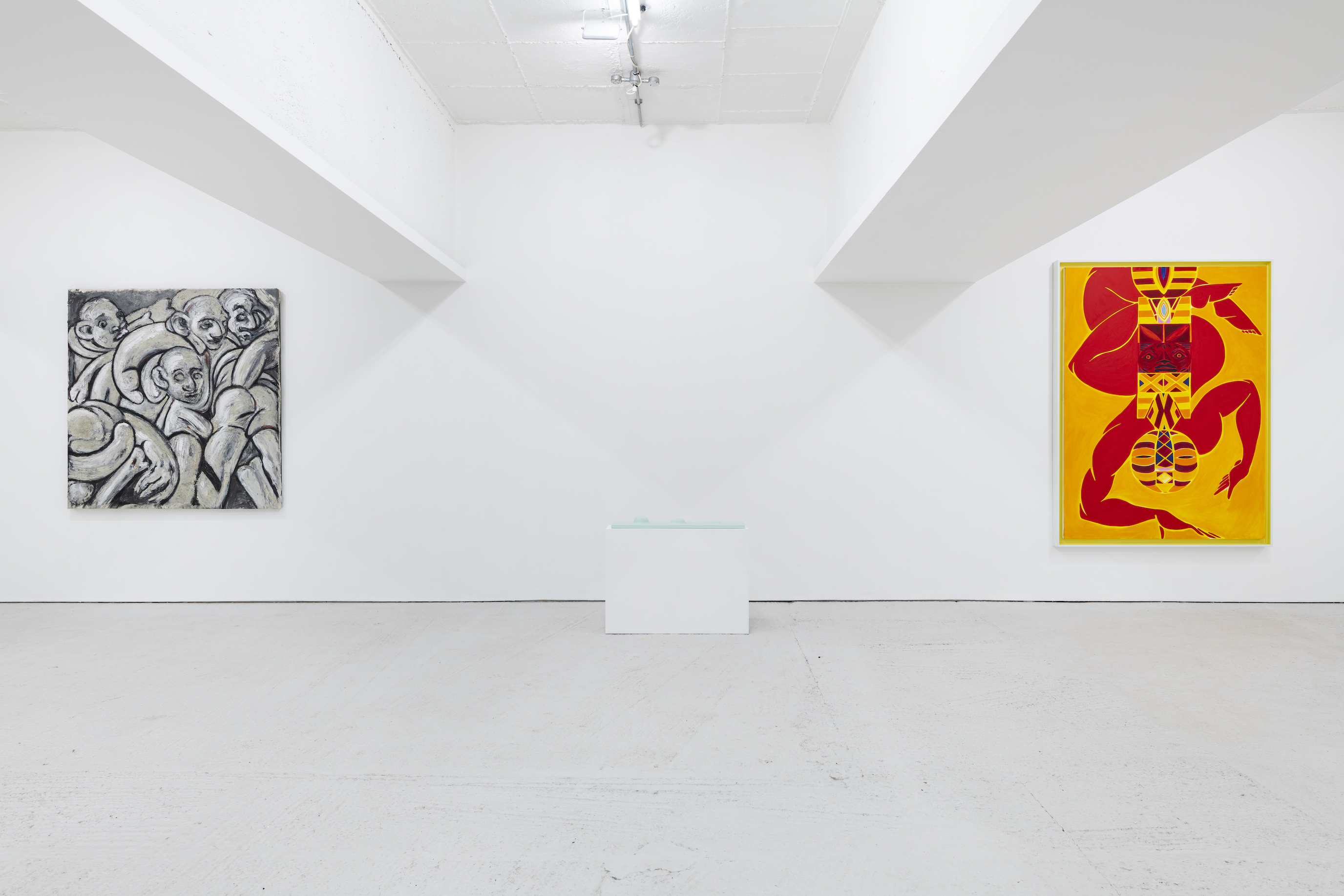 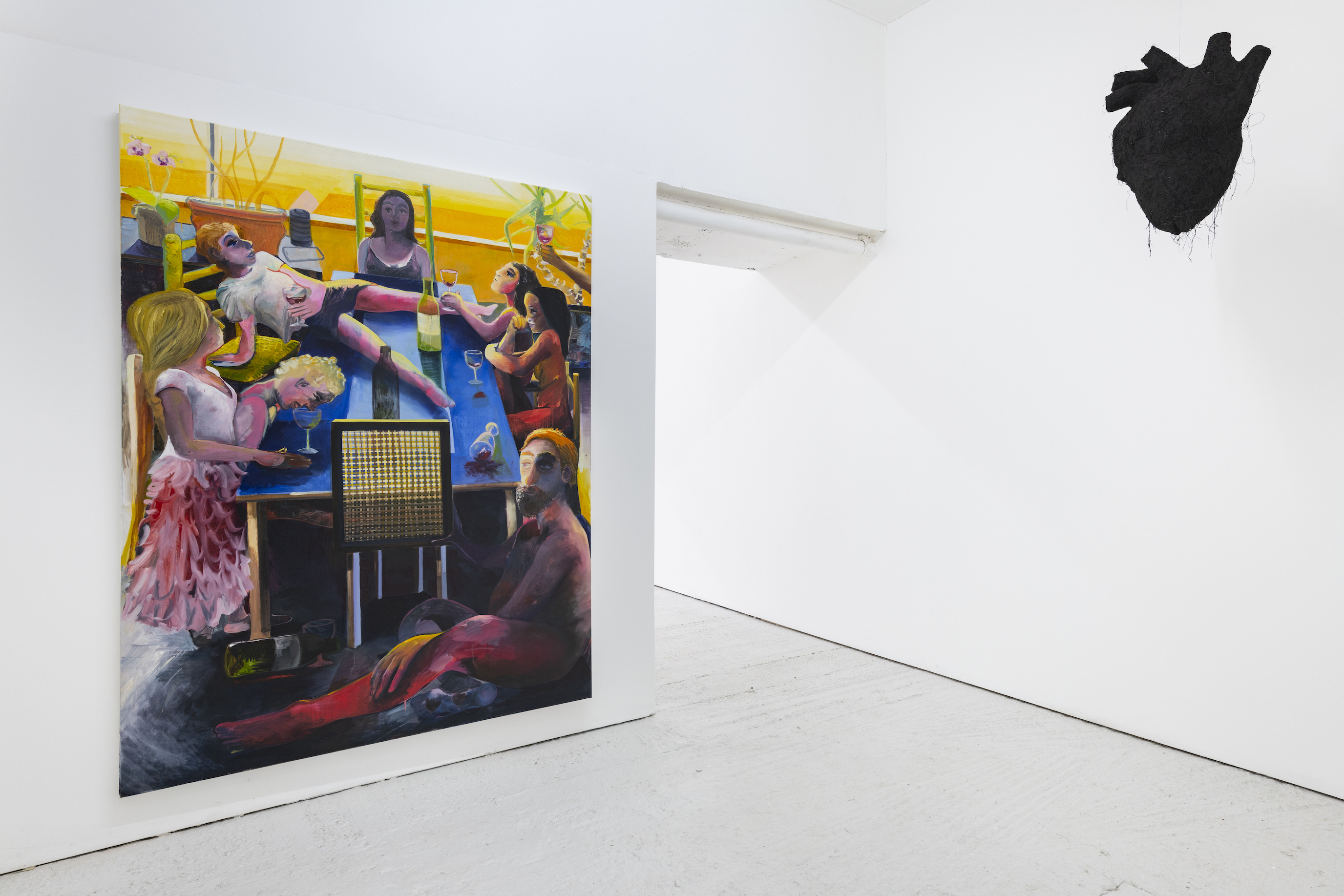 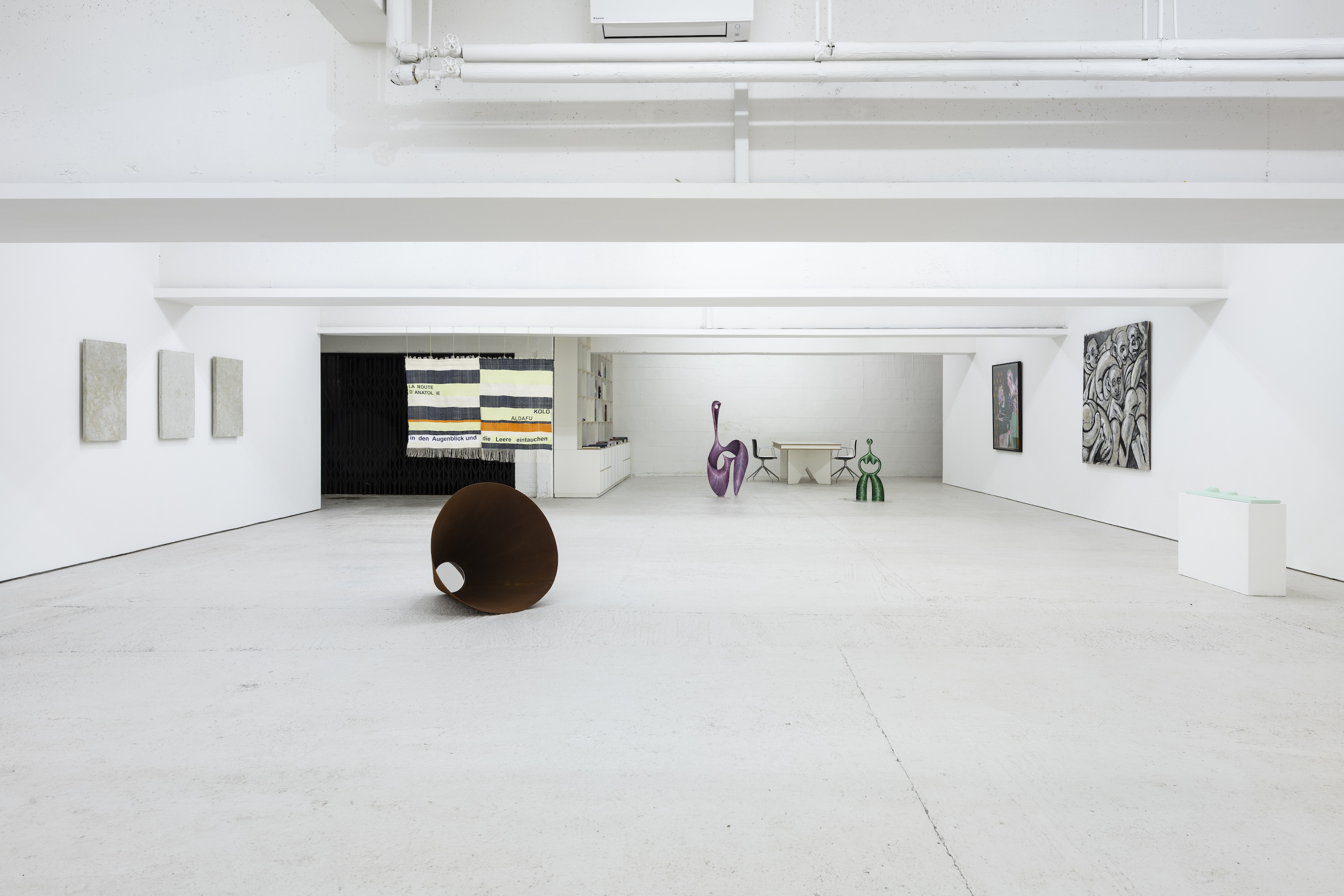 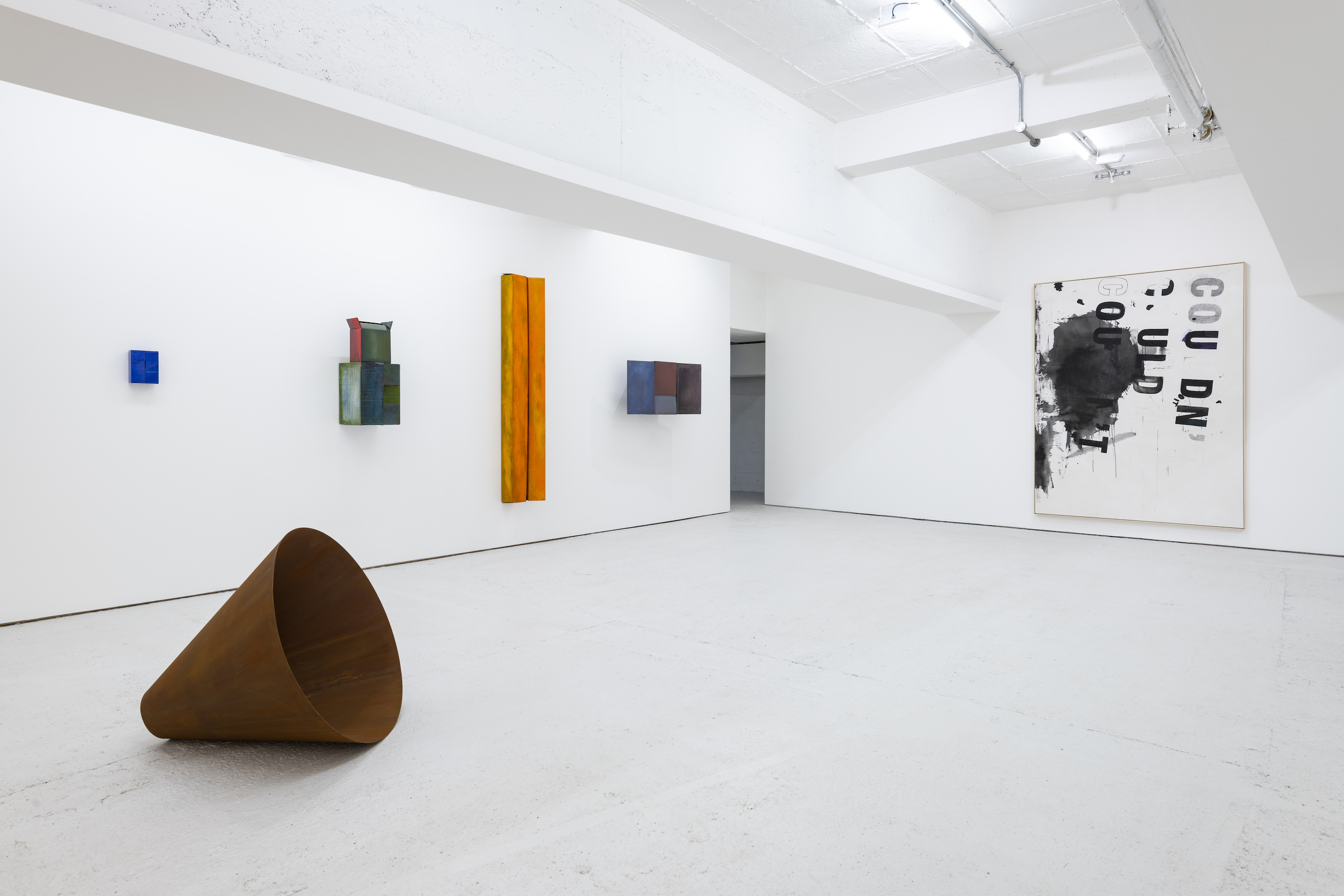 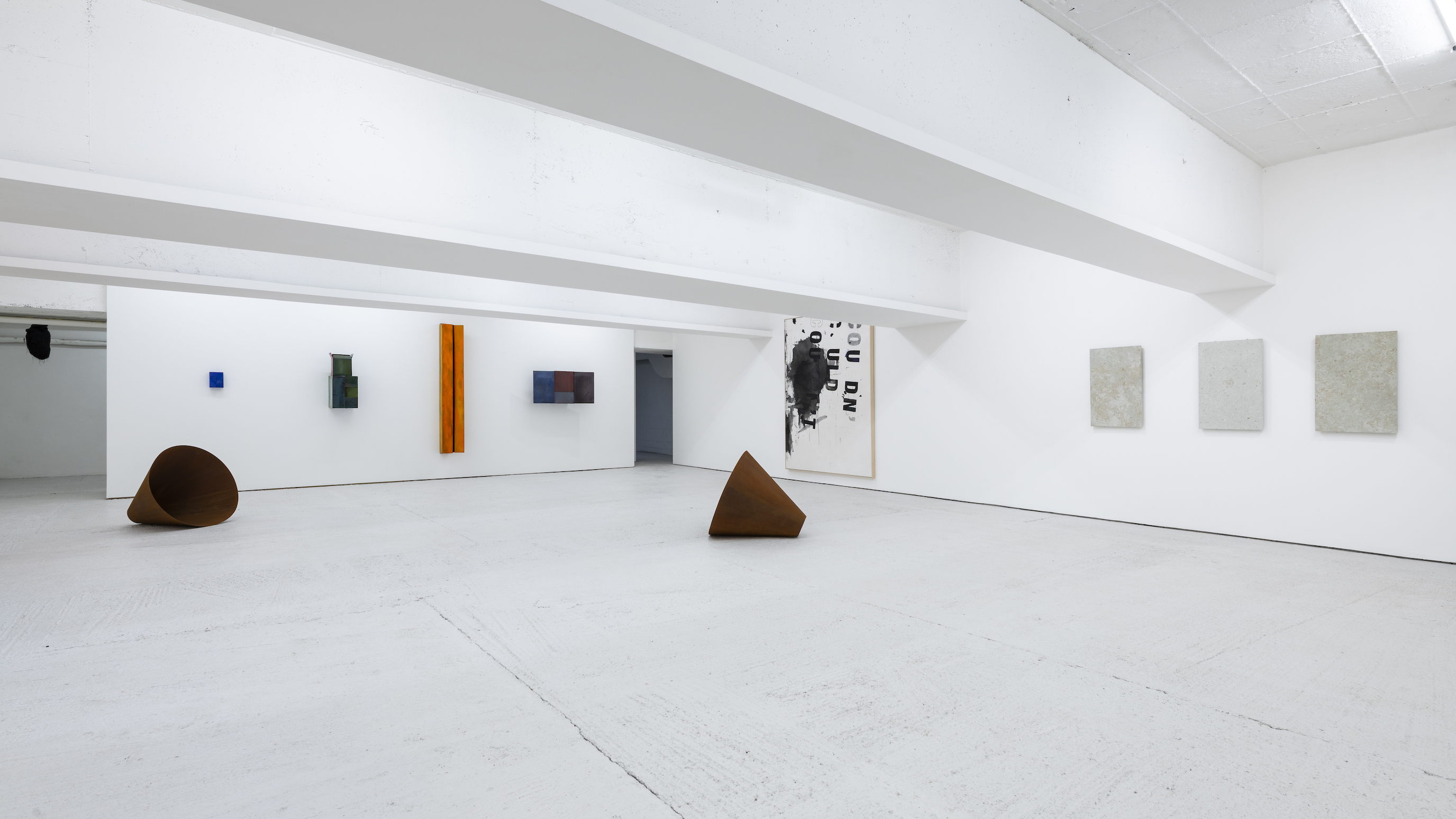