In her first solo exhibition, The Incorrigible Giantess, Amanda Ba offers us passage into the surreal and mythological world of the Giantess. These Giantesses are imposing in presence and blasé in their nakedness—their nudity is presented as simply matter of fact, and possesses nothing spectacular by way of ontology. Using the image of the Giantess, Ba wields a politics of counter-representation, one that refuses the Western-imposed ornamentalism of ‘orientalized’ femininity, and seeks to find new grounds through queer, postcolonial and post-human thought, destabilizing the figure of the diminutive yellow woman.

The title of the show is in part drawn from Foucault’s 1975 lecture on the Abnormal, in which he lays out a historical framework for moral deviance that is predicated on monstrosity and sexual transgression, defining those who transgress as those who are incorrigible. For Ba, to be an Incorrigible, to refuse to be rectified, is to claim queerness and deviance as a state of abnormality that challenges new agendas and technologies of correction in a sort of arms race between incorrigibility and rectifiability, pushing towards a radically disobedient horizon. In the large painting What is a Home to a Giantess?, we see a massive figure on all fours outside of a rural Wyeth-ian house, her enormous scale exceeding that of the domestic, and refusing to be shamed in her display of overt sexuality.

Ba’s interest in theoretical text and historical literature emerges throughout her commanding paintings—in Titanomachia, a parallel is drawn between the origins of her Giantesses and the mythological Greco-Roman battle between Titans and Olympians that would decide who would have dominion over the universe. Quantum Desire (Lightning’s Longing) refers to an essay by Karen Barad, in which Barad argues for quantum indeterminacy’s potential to be applied to queer possibilities and the theory of transmateriality. The two violet figures appear unperturbed by the dramatic flashes of lightning that strike a tree—rather, the women and the supercharged bolts of electricity are unexpectedly compatible and contiguous. The small hut in the bottom corner of Sericulture is taken directly from an illustration in the Qing dynasty Book of Plowing and Weaving, alluding to the rich history of silk cultivation in the East, the eventual smuggling of silkworm cocoons to the West, and the ongoing plundering of resources and bodily violation/exploitation perpetrated by the West. The recurring appearance of sturdy and muscular dogs as creatures with agency that are capable of standing tall alongside Giantesses refers to Ba’s prior work concerning the topic of animacy and anthro-decentricism.

The Giantesses in the exhibition, their violent landscapes, and their animal companions draw attention to alternative models of kinship, sexuality, power and politics. To enter the exhibition is to enter their world; if not by invitation, then by compulsion. As Oscar yi Hou writes in Texts on Giantesses, the companion publication to the exhibition: All these Giantesses want to do is eat, move, smoke, recline, or stare. Your presence is optional.

The exhibition will be accompanied by a limited edition print, the inaugural offering in PM/AM’s Midnight Editions series. On this occasion, the gallery will also release a unique and powerful publication written by Amanda and two of her close collaborators and friends, Oscar yi Hou and Justin Cheng. The publication consists of a series of three texts that are complementary to the show. Together, the three of them delve deeper into the topics and themes explored in the show from the perspectives of the theoretical and the personal.

Amanda Ba spent the first five years of her life living with her grandparents in Hefei, China, before moving to Columbus, Ohio. She achieved a BA in Visual Arts and Art History at Columbia University, New York, and now lives and works between New York and London.

PM/AM is a London based contemporary art gallery, residency program, and incubator whose mission it is to reflect how we engage with art today. Dedicated to growing and nurturing emerging talent, as well as gaining exposure for artists without formal U.K. representation, the platform has organised exhibitions globally and events across its home city, using a flexible space model to accommodate the diversity and dynamism of the artists’ practices they showcase. It also has two permanent locations—one central, one west.

PM/AM has a reputation for discovering and helping to launch the careers of some of the most exciting contemporary artists of today. While its focus is on international talent, it also has a keen interest in UK based artists coming out of the country’s leading art schools. As well as maintaining a traditional exhibition programme, PM/AM is dedicated to finding new ways of working with the artistic community, expanding upon its shows with events, ongoing residency projects, and pilot schemes designed to connect collectors with the artists they love.

The London residency is of particular focus, further cementing the gallery’s commitment to growing and shaping artists’ careers by giving them a space to create and introducing them to the local artistic community. Rather than following the accepted representation model, PM/AM aims to facilitate ongoing support for the artists it works with through instinctive management beyond and outside of exhibition and residency collaborations. 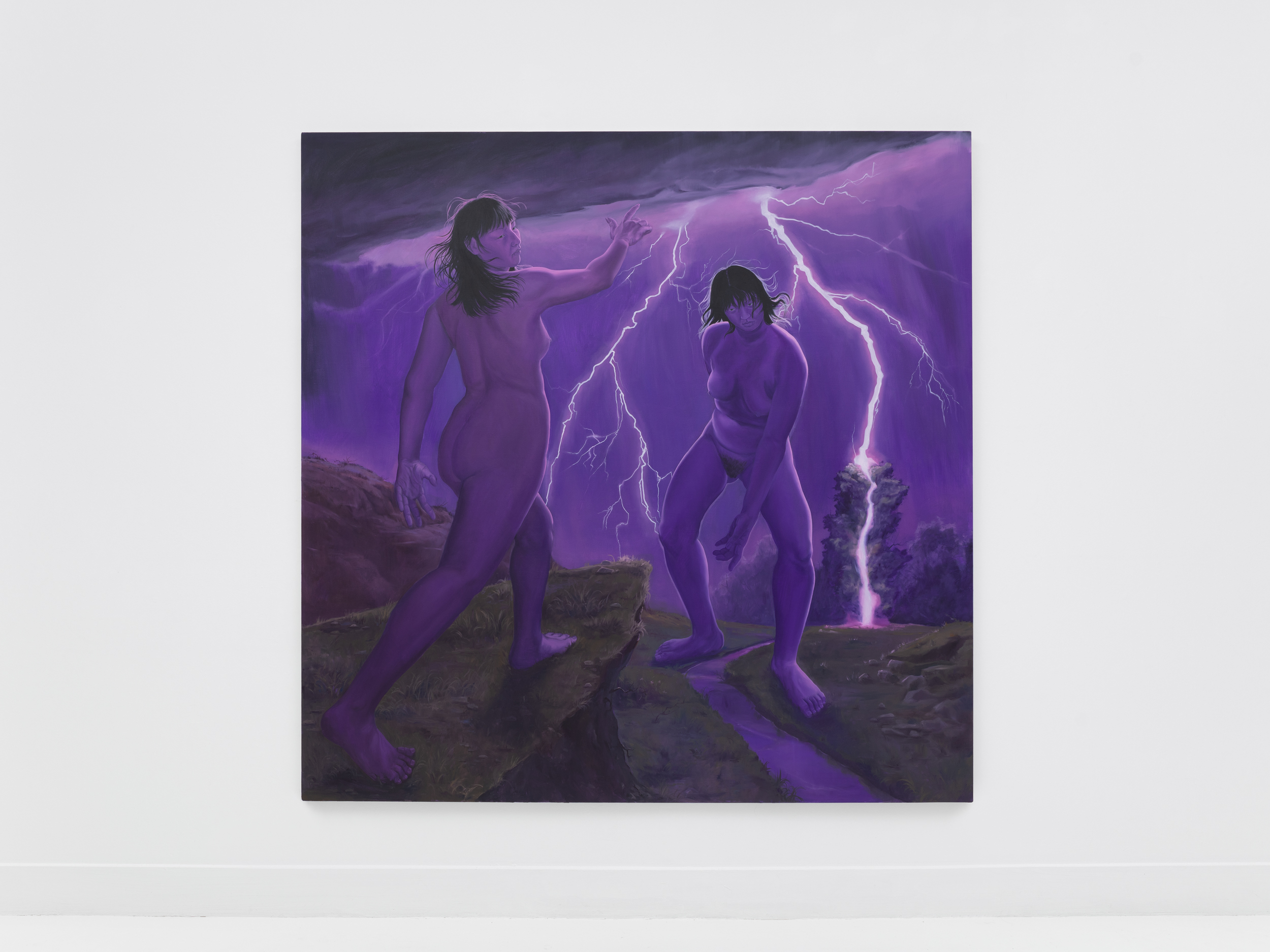 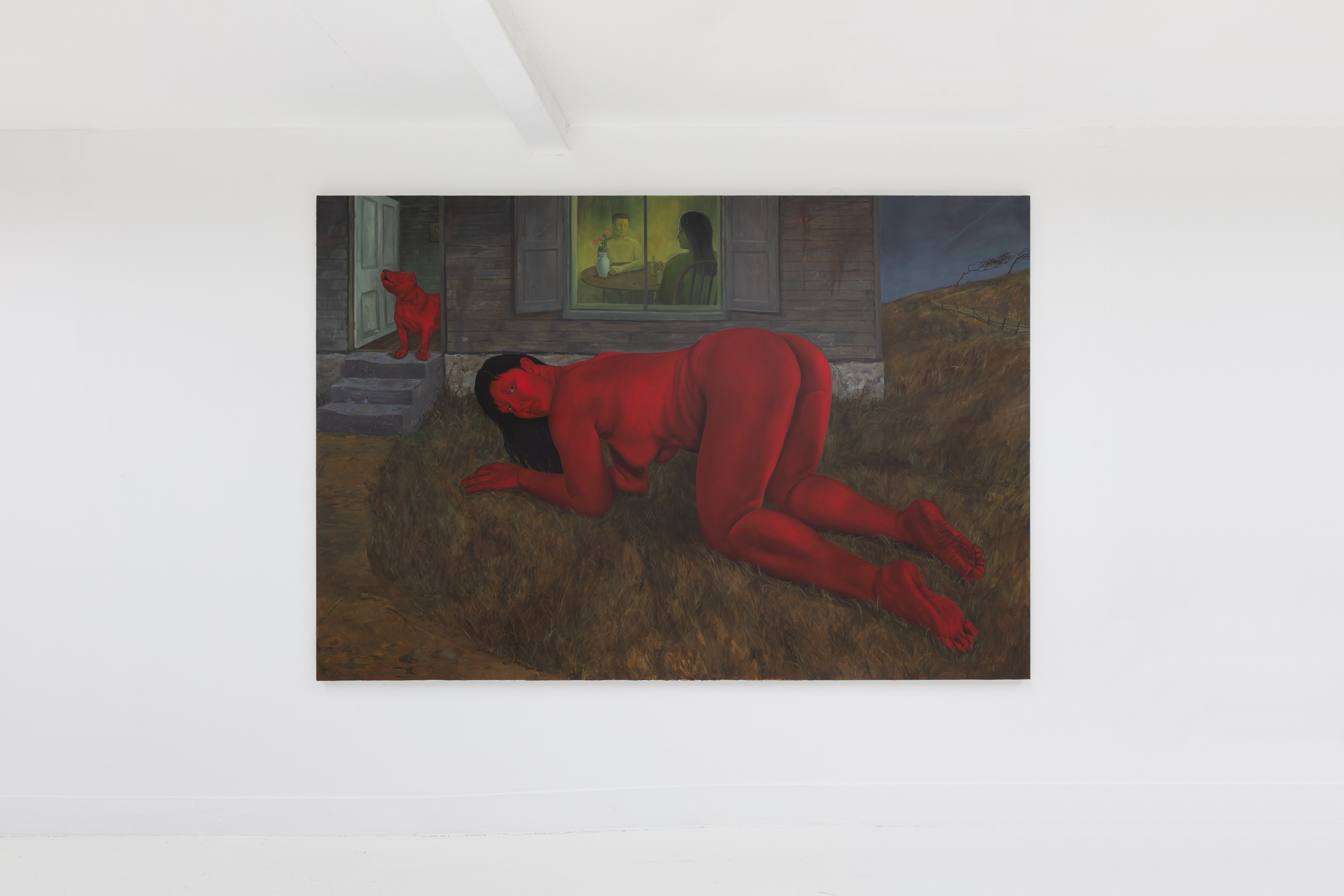 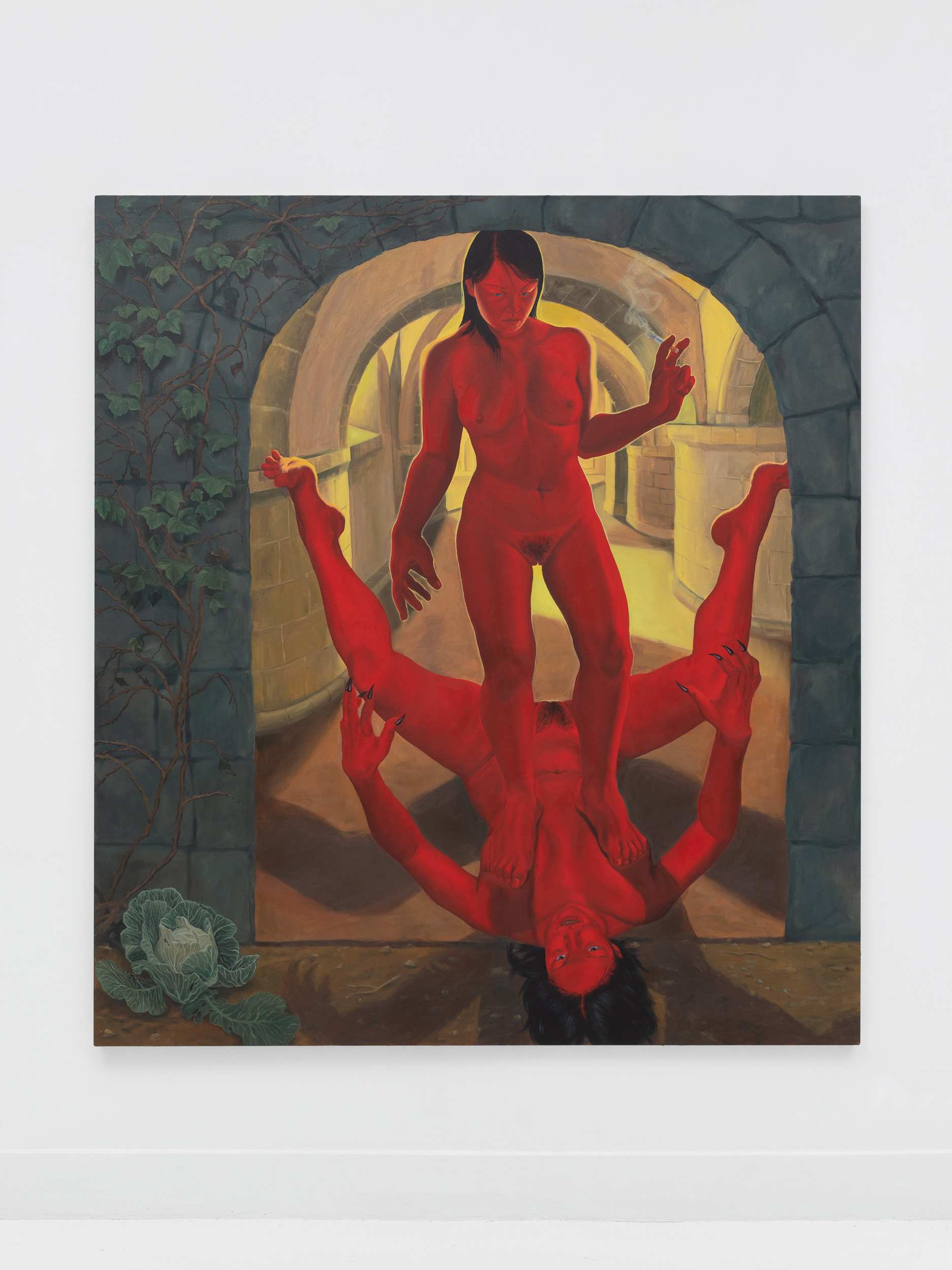 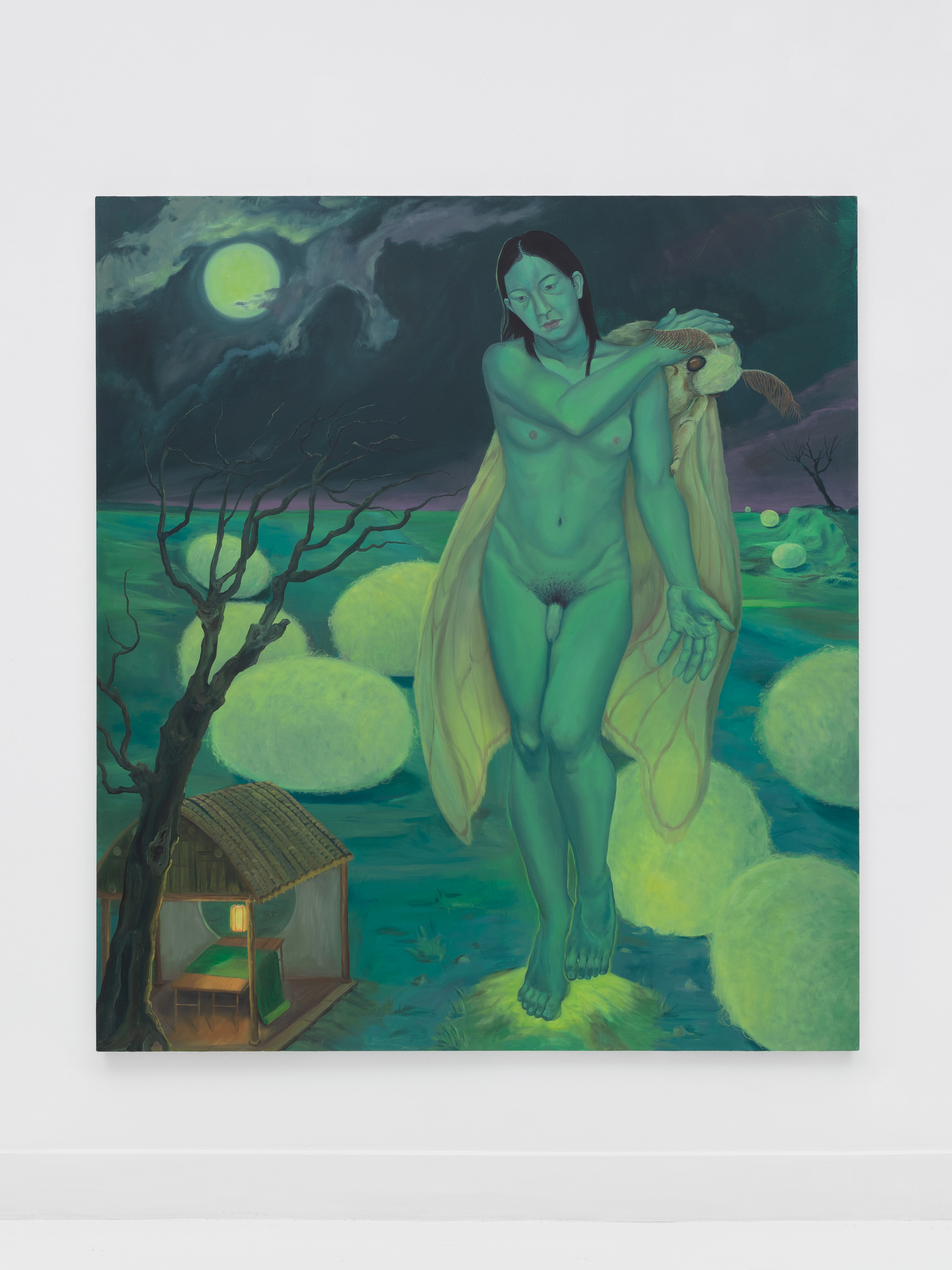 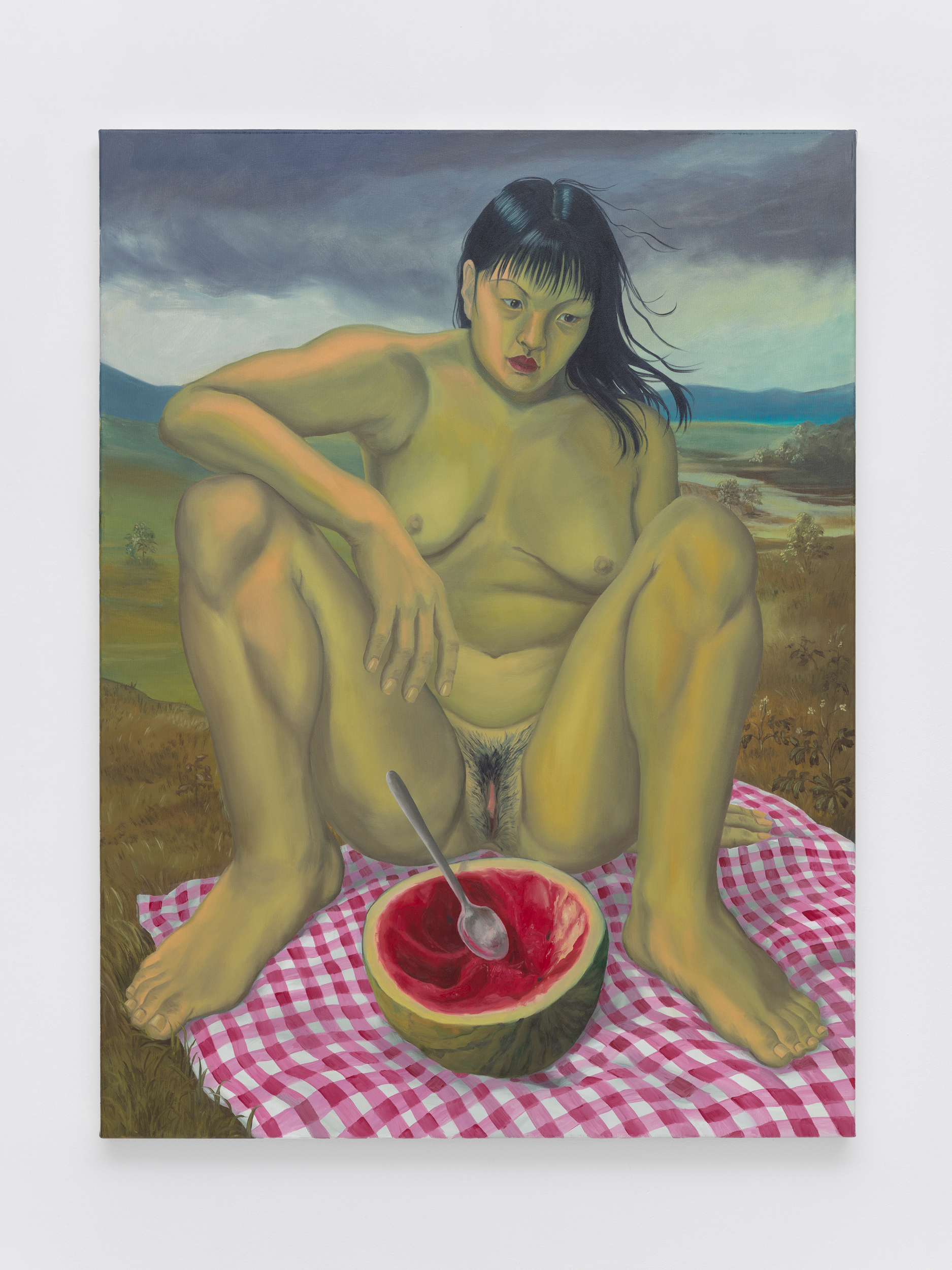 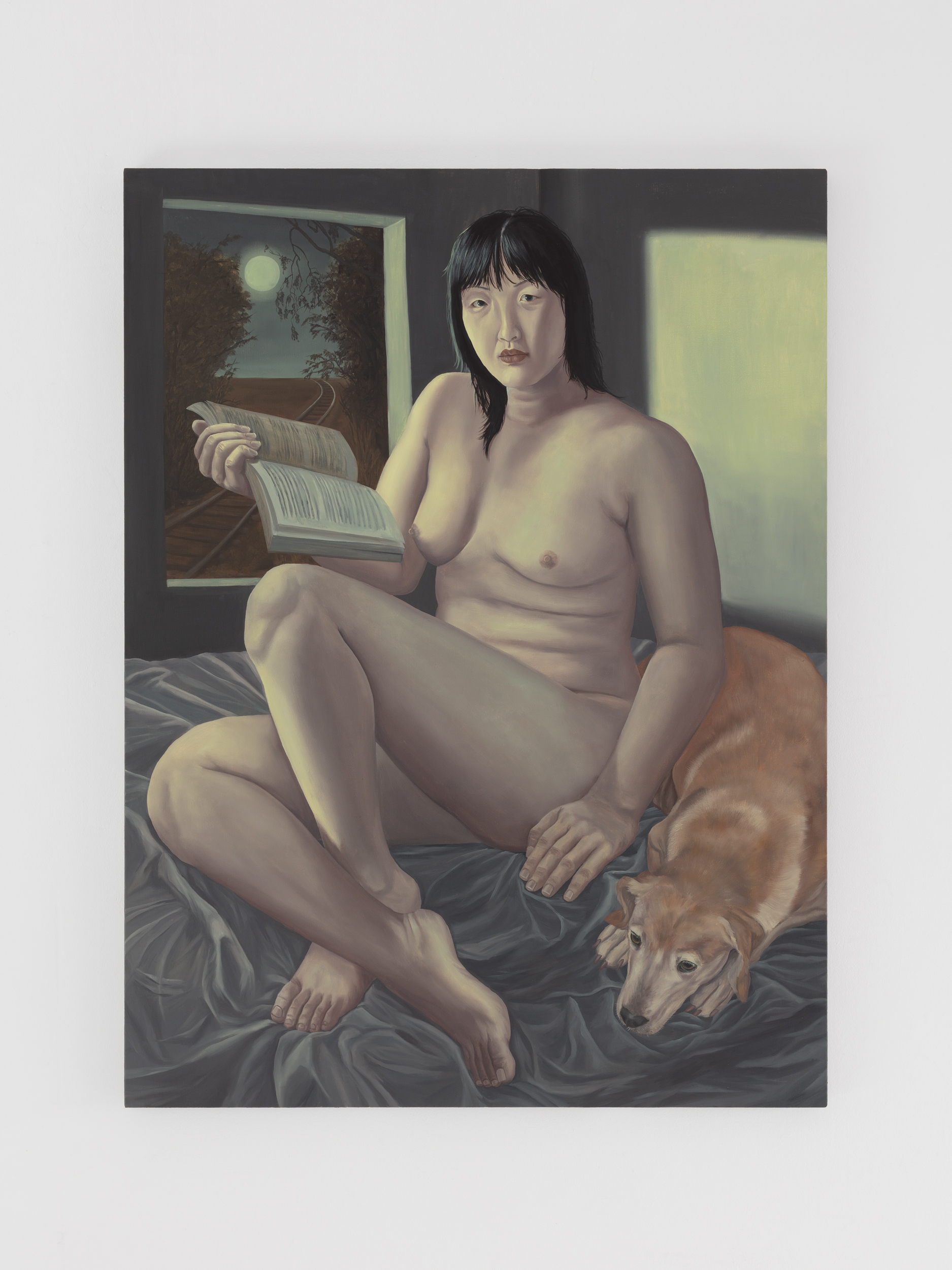 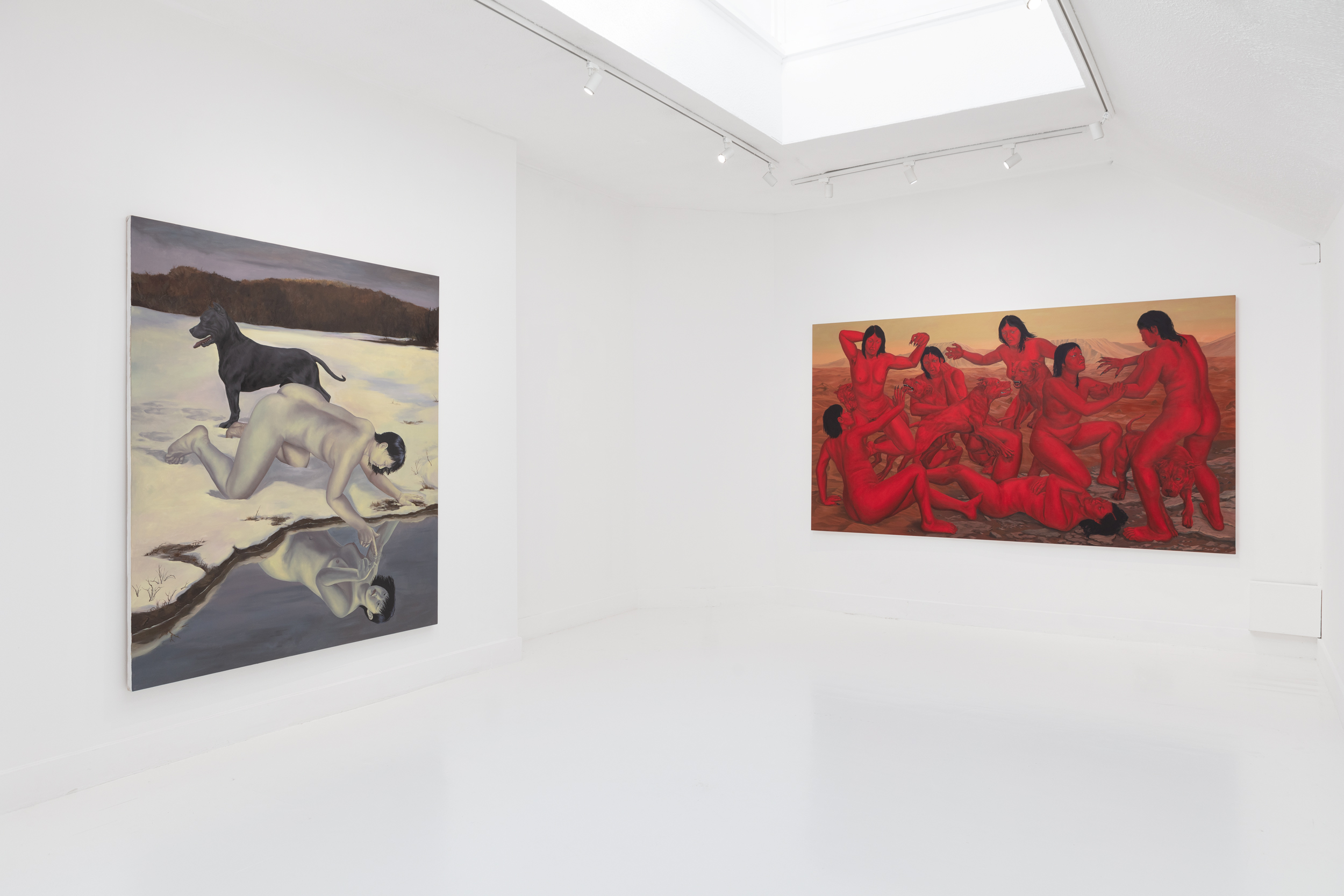 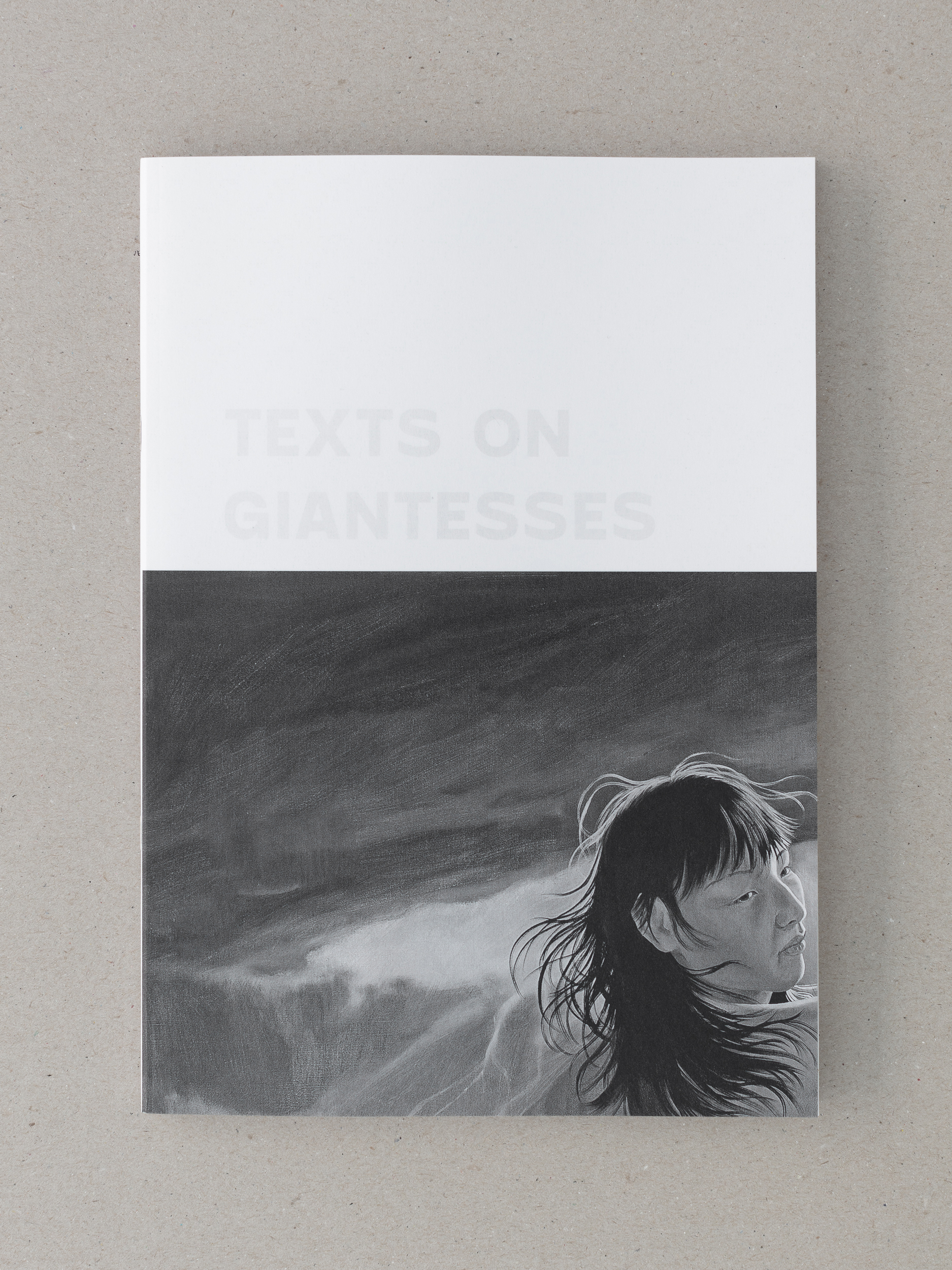 'Texts on Giantesses', the companion publication to the exhibition. Courtesy the artist and PM/AM
Related Exhibitions