It's 1968 and The Velvet Underground are in the studio, recording "Temptation Inside Your Heart". A microphone switches on accidentally, and picks up a casual conversation between members of the group as they mix the record. The ghostly voices of the musicians are incrusted into the song. We hear somebody mutter that "electricity comes from other planets".

The machine does not think, it only functions, records, activates its mechanism and alters the surrounding conditions.

In 2022, Lolo - at the other end of the phone line - says that "our works come from a crack in space-time". Their machines do not think; they only act immersed in a movement with no beginning or end. When we look at the machines we are entering into an unfamiliar world, held up by pure force, by the activating of forms that have no natural equivalent in our world. We are in a closed-off field, hermetic and self-sufficient.

Torque is a vector quantity that can be defined as the moment of force, or dynamic moment. It is the measure of force applied to a rod in order to turn an object. Torque, when referring to the power of an engine, only tells us the force and speed with which the engine can move, never its direction.

In 2022, Lolo & Sosaku suspend a car, at around a 90˚ angle, in the central space at Galería Alegría. It is their first individual exhibition at the gallery, and the first that is not designed as a site-specific piece, but rather as a silent exhibition of atrocities. The alien nature of this machine is revealed by stripping it back, in an abnormal reveal. The piece structures a showcase created by the simultaneity of several moments of force. An immobile machine, depicting the immanent reality of the perpetual mechanics surrounding it.

The engine is self-reliant and self-sufficient. Men need machines that think and reflect their own intellect back to them, organised into concrete action. The machines in Torque, though, do not need men to think about them. They live outside the fetishism of the automaton. That is why the pictures they paint, immersed in the silence of their perpetuum mobile, are impenetrable to us.

In 1968, an open microphone alters a song. In 2022, the same soulless ghost of the machine gives us paintings that barely let us intuit the unfathomable nature of their mechanical abstraction. In 2022, Galería Alegría becomes the epicentre of a machinic force: the realm of torque. Electricity, that incandescent and invisible blood of the machine, comes from another planet. So do the works of Lolo & Sosaku. This is not the metaverse; this is another world. 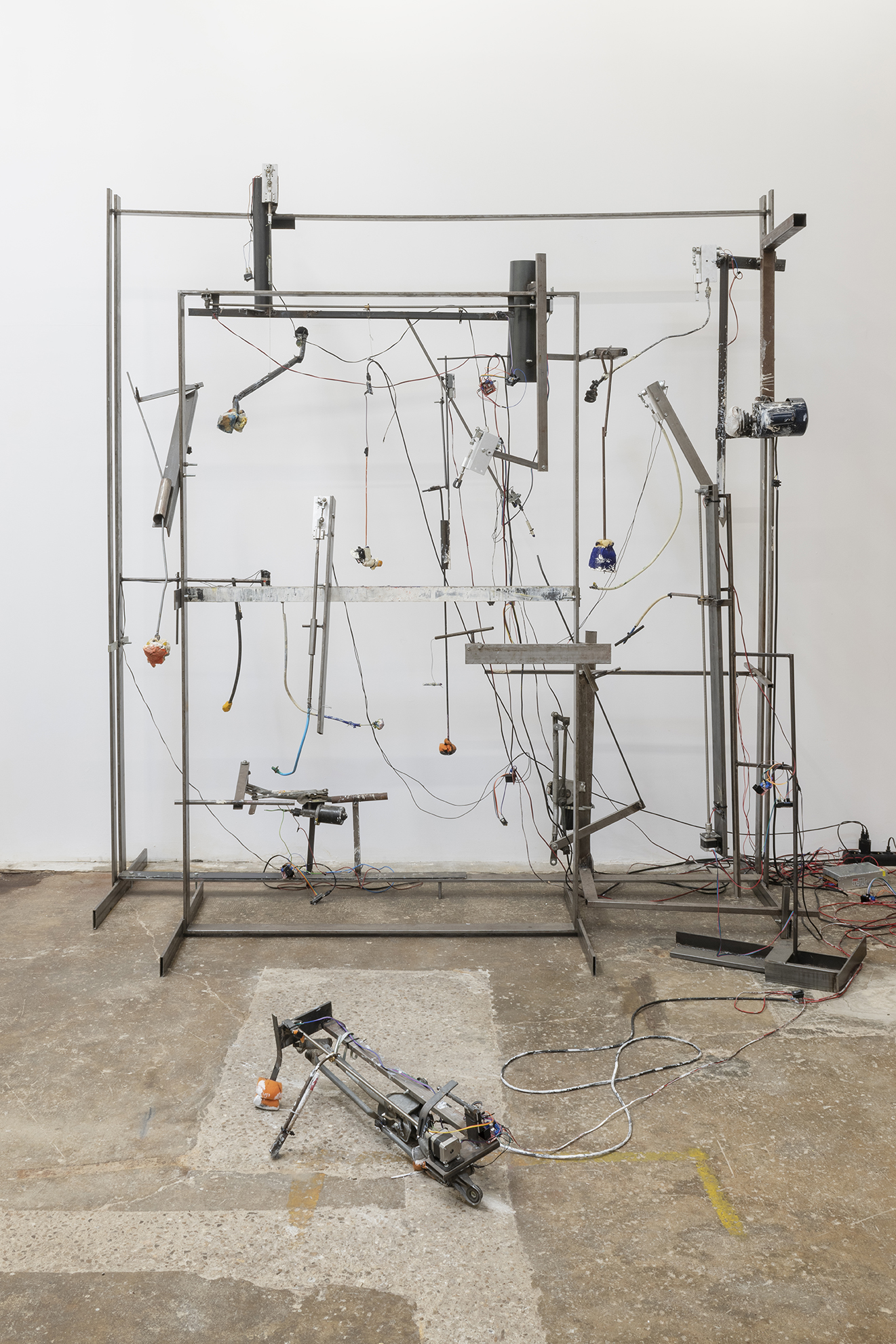 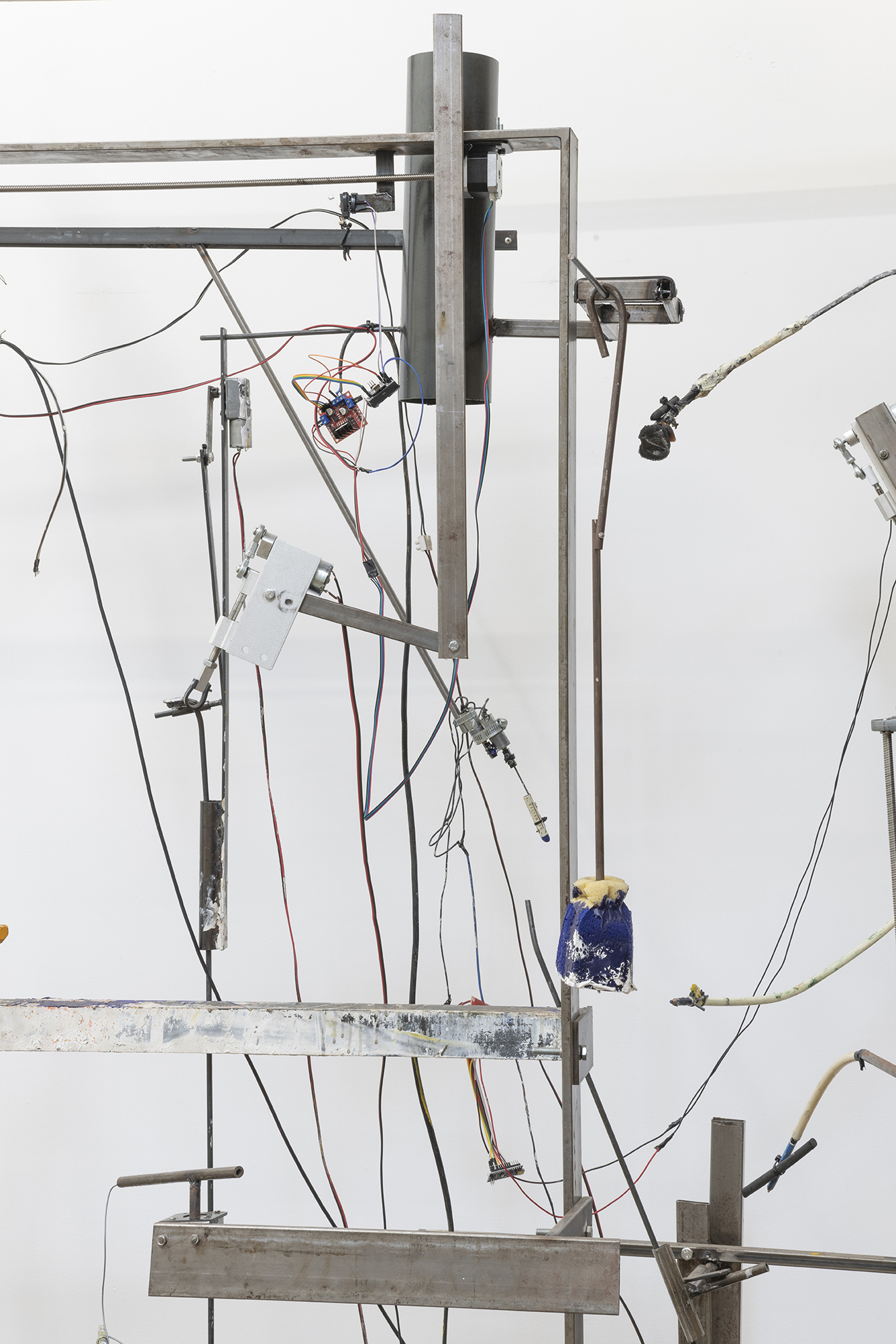 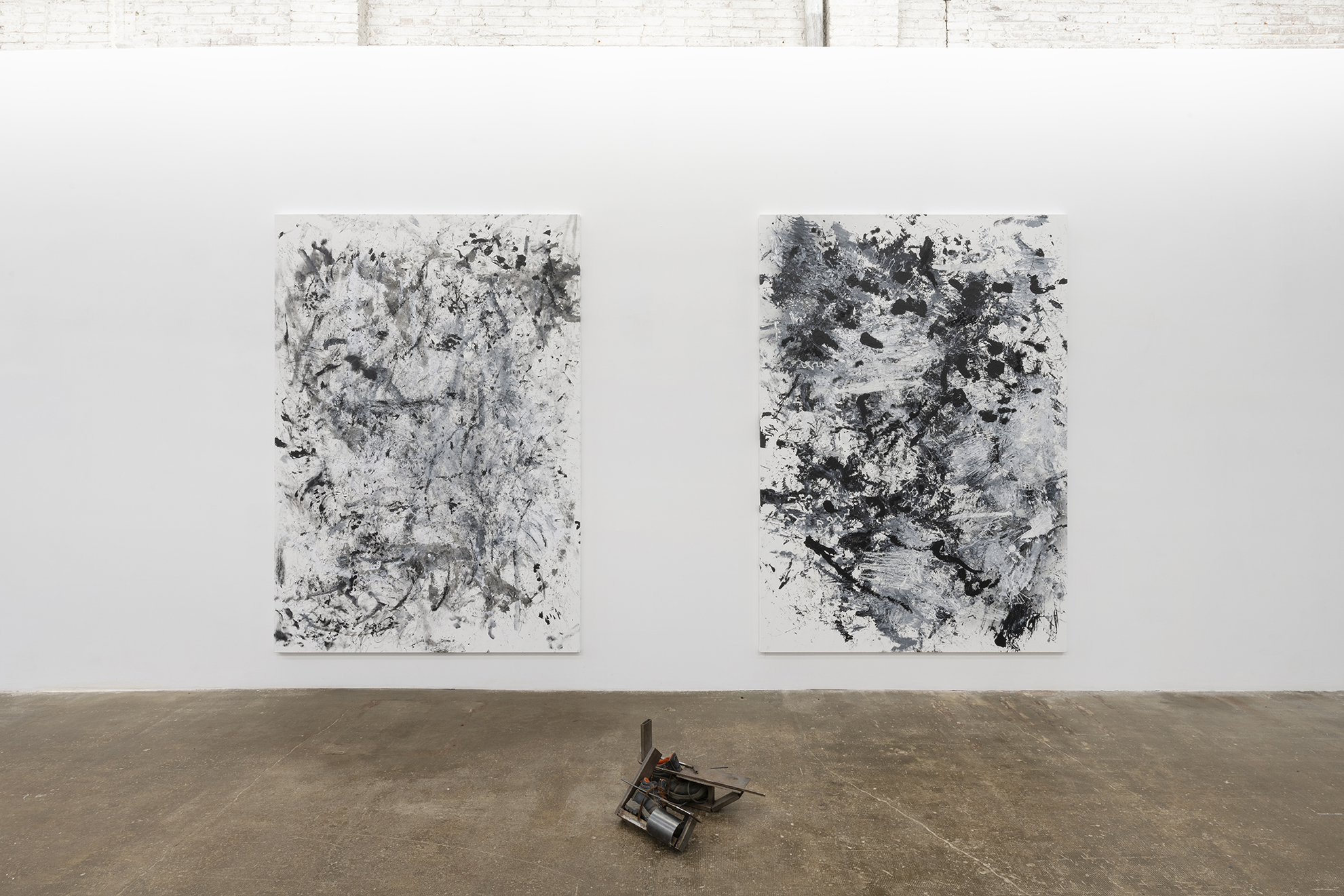 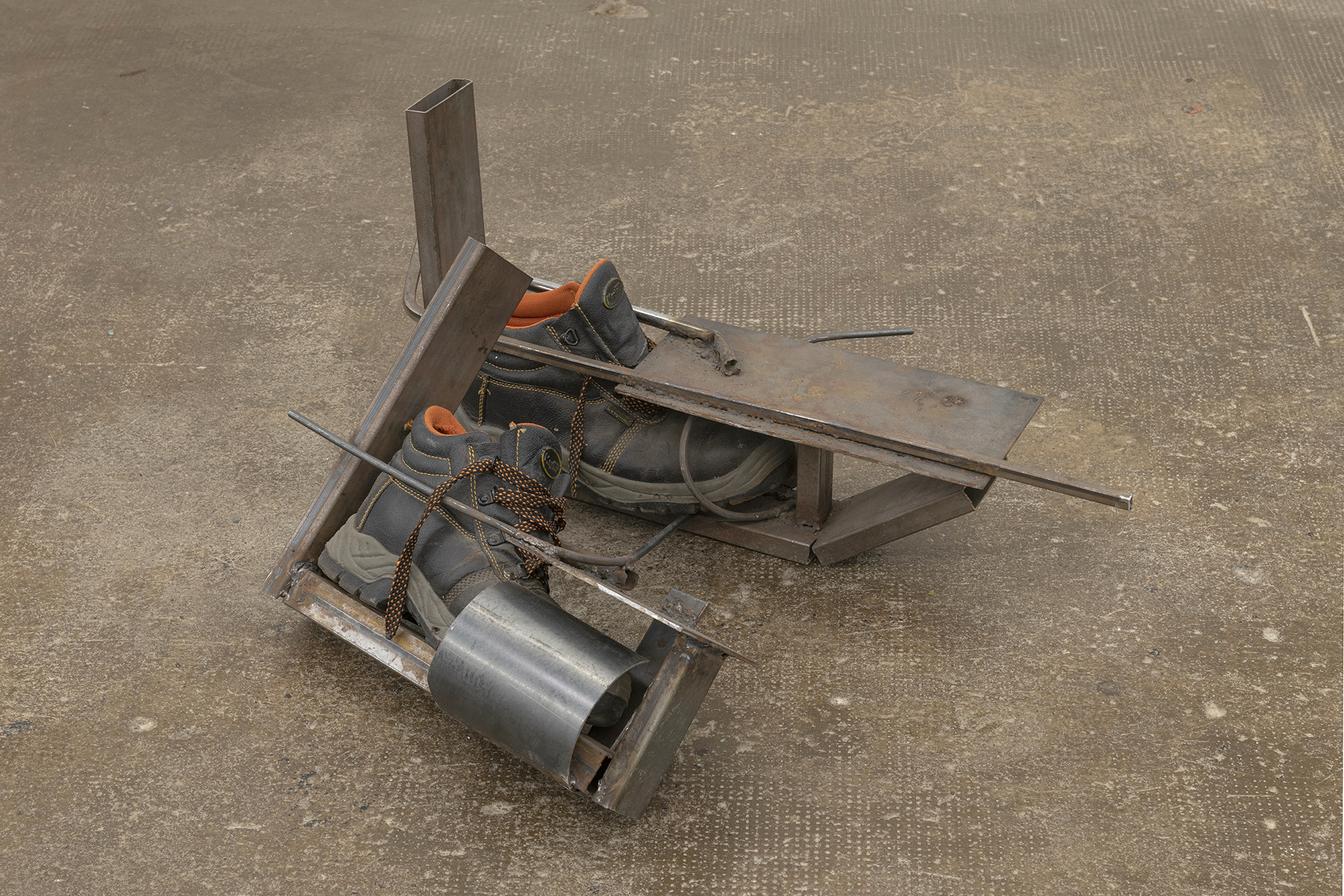 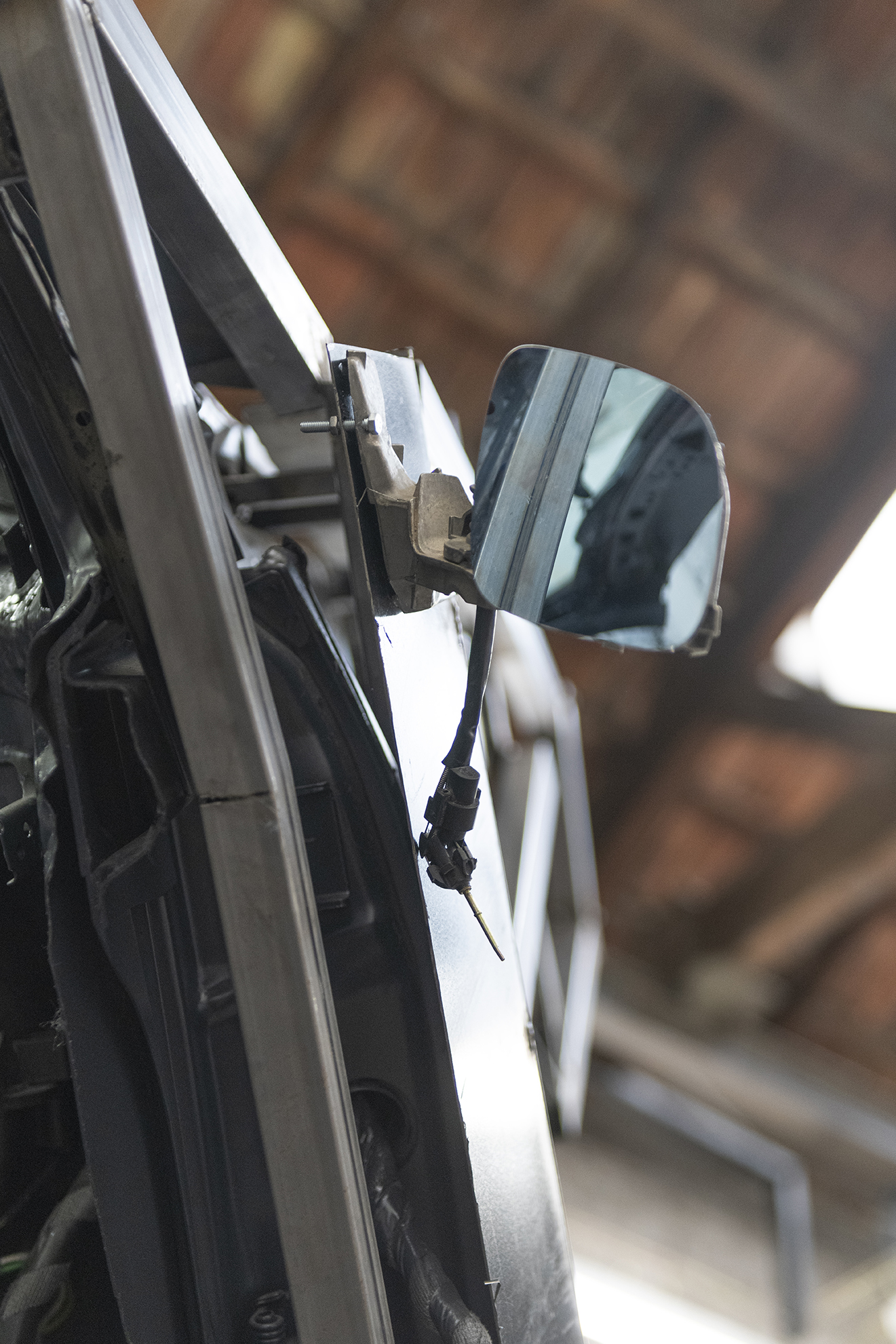 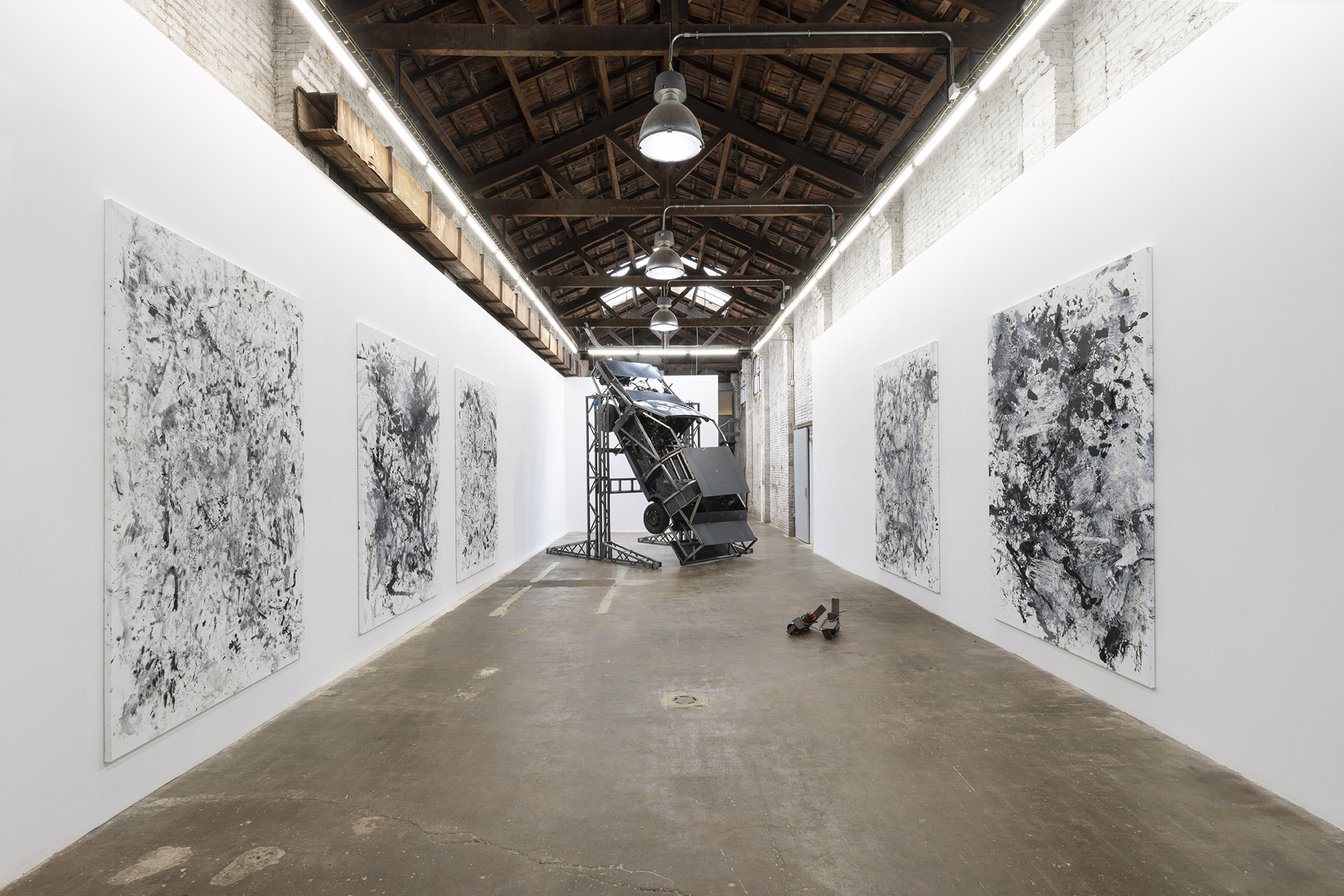 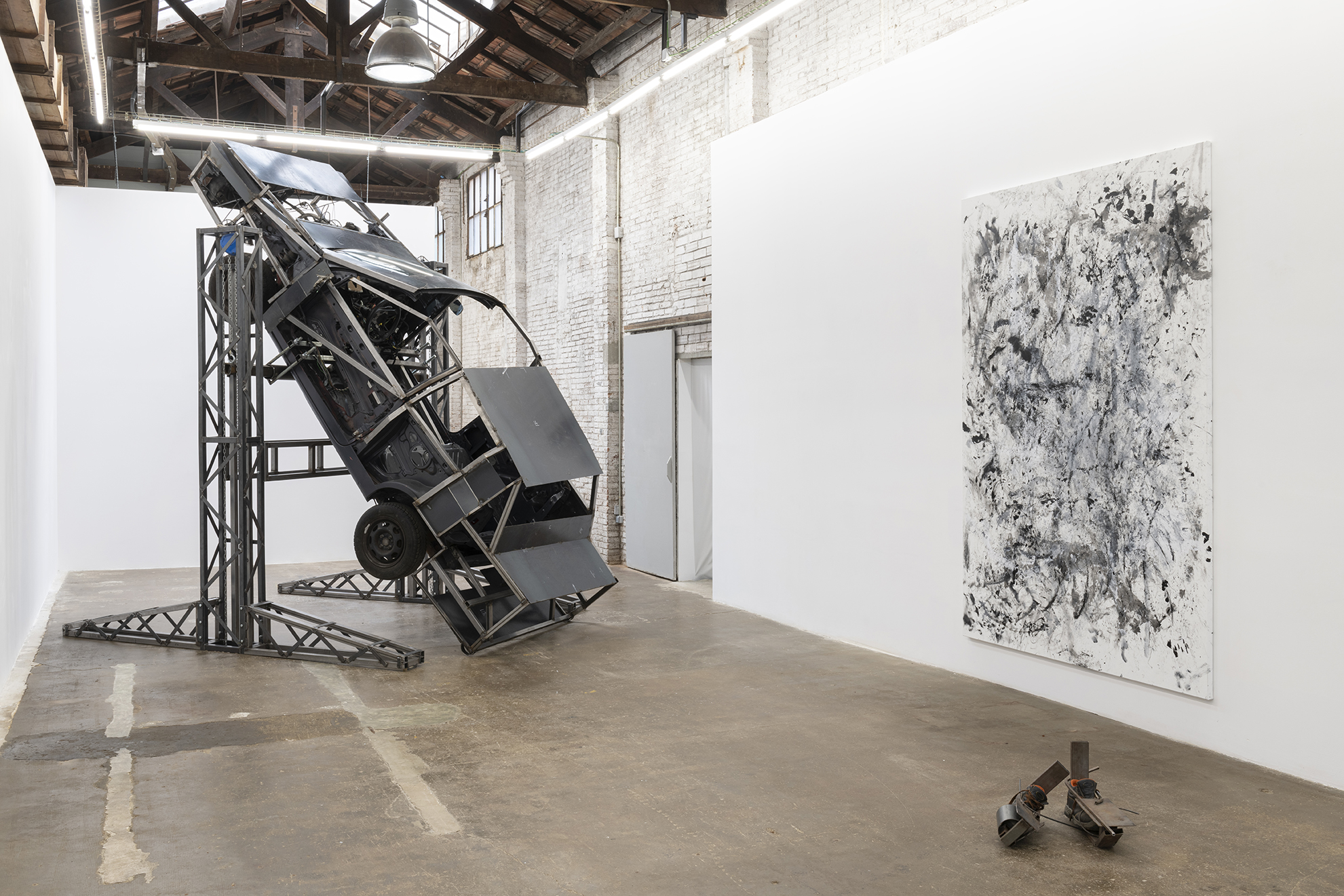 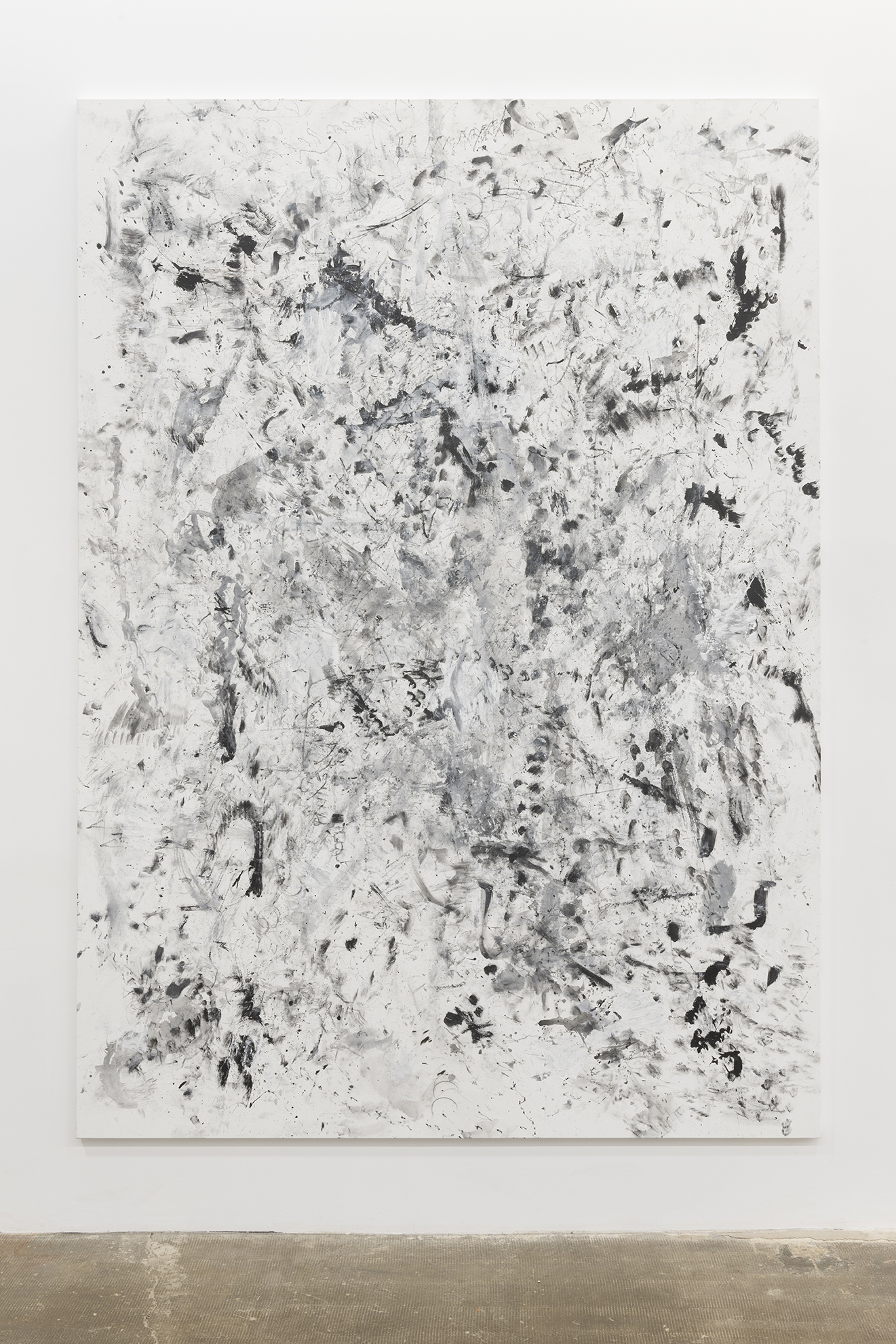