Giovanelli's practice is one of subtle contrasts and involves an erasure or undoing of prior meaning in the images she appropriates. Using thin layers of paint to build up form, light and shade, Giovanelli removes her subject matter from circulation in the world, to be studied and observed. Disconnected from their original context, the subsequent ephemera of staged performance and film comes to life in a new series of paintings.

Giovanelli's luminous works are created by applying single pigment colors to create real painted light. In the central work of the exhibition, a large diptych, as well as in a single painting titled Dyer, theatre curtains construct both space and atmosphere. Simultaneously absorbing and exhuming light to create moments where their material quality is intensified and abstracted. From this restricted perspective, the minutiae of the stage appears to be performative in itself, set at the periphery of an unnamed spectacle.

On the opposing wall hangs another diptych, two shimmering gold blouses cropped tightly together in the frame. Giovanelli renders them in such a way that the viewer can't see who wears them, or if they are perhaps merely hanging side by side, unworn. Their fabric reminiscent of gold-sparkling suits worn by gameshow hosts, drapery from TV theatre, as opposed to the imbued dramatic heaviness of a theatre curtain. The close-up perspective of these 'figures' invades the viewers' personal space and gives the work a menacing quality.

Folds in fabric, glitches and interruptions to a surface interest Giovanelli. A painting called Criss depicts a close- up image of a house plant and demonstrates a new line of experimentation with paint treatment. Applying thick paint flecks over a seemingly figurative background, the artist pushes the parameters of depth on the flat surface. The forms seem to dissolve into gems of light and color under scrutiny. They challenge the eye with each decision Giovanelli has made to bring attention to, and away from, representation. Where an image or form has the characteristic of being ambiguous, Giovanelli draws out this quality as a source of power, and light. 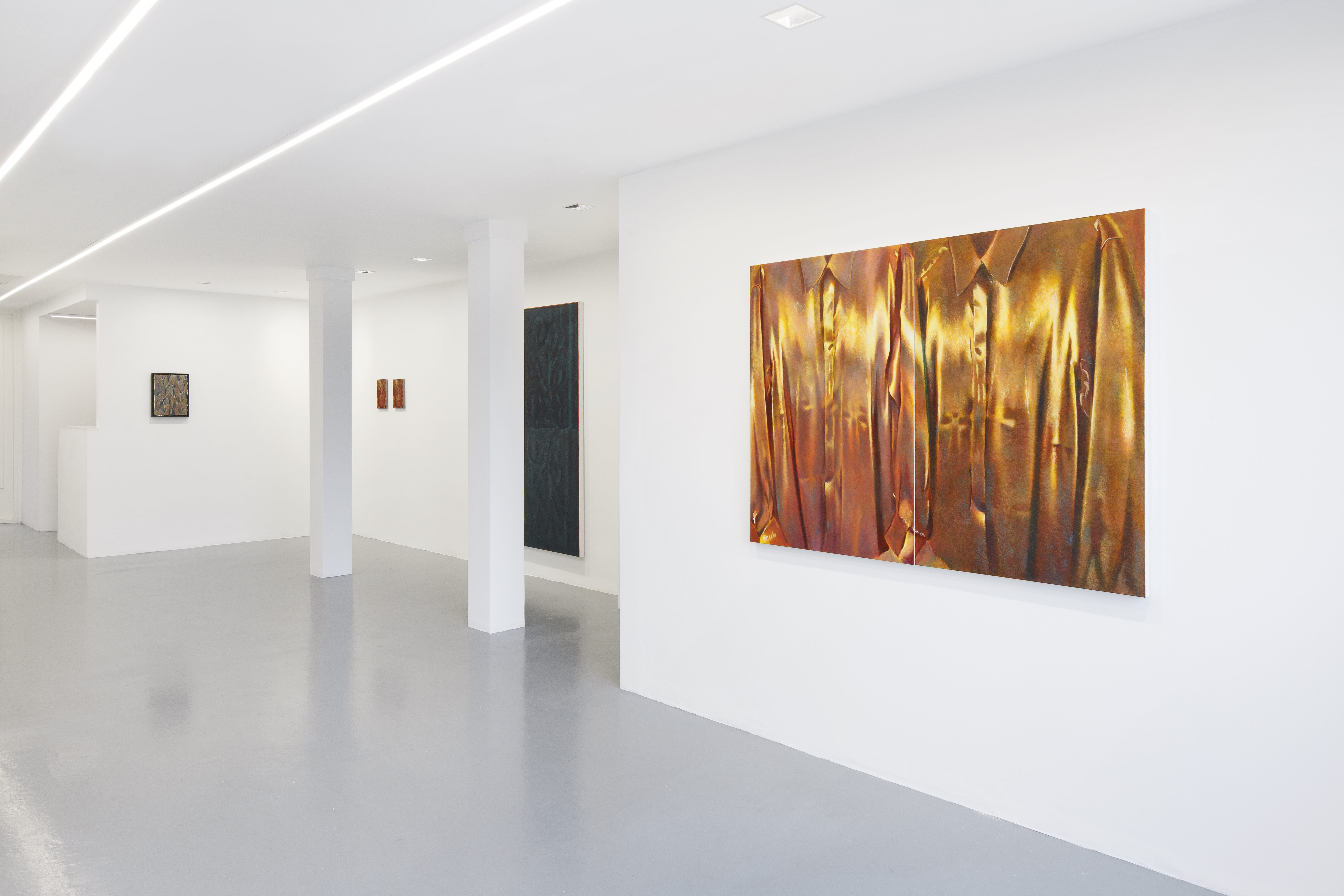 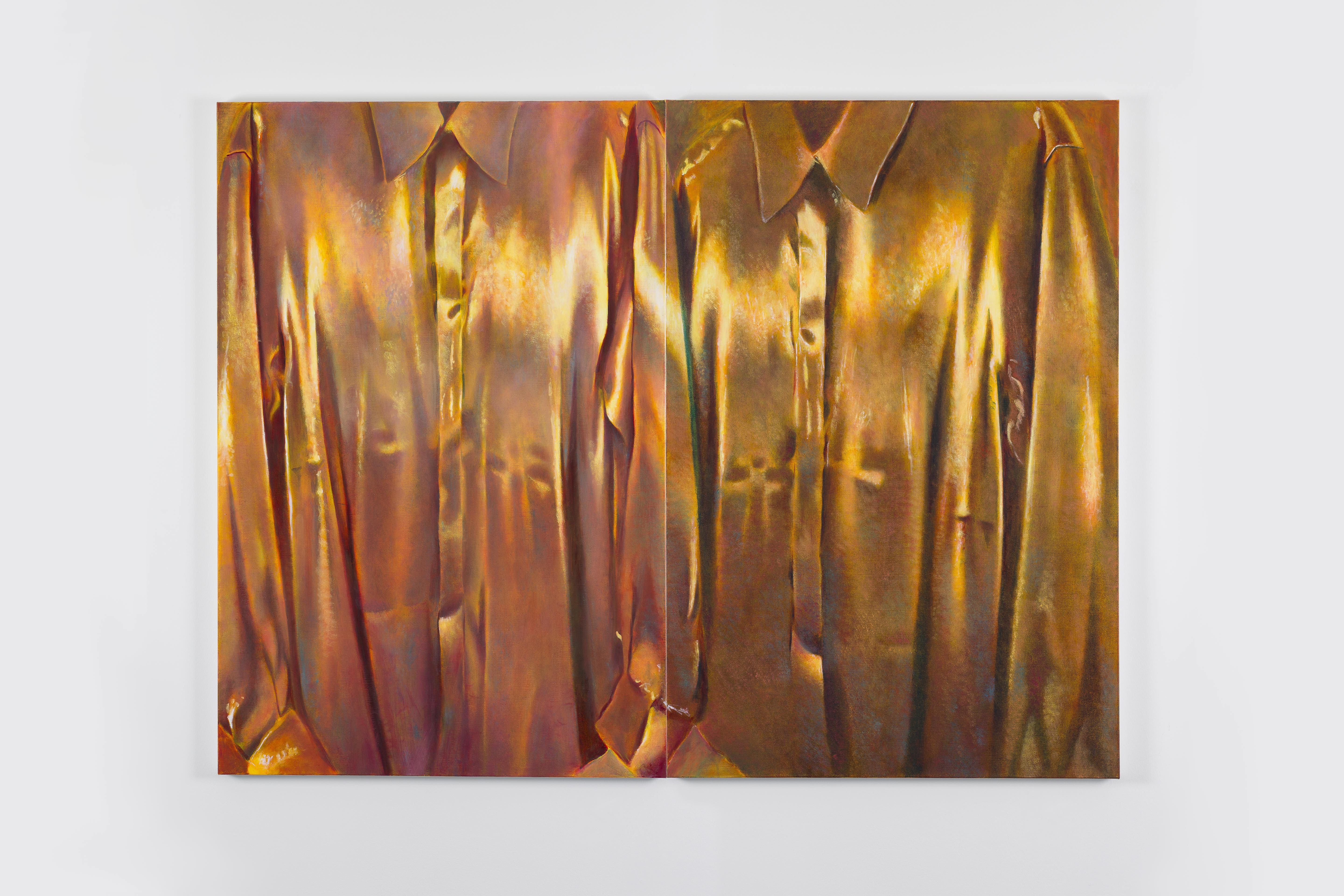 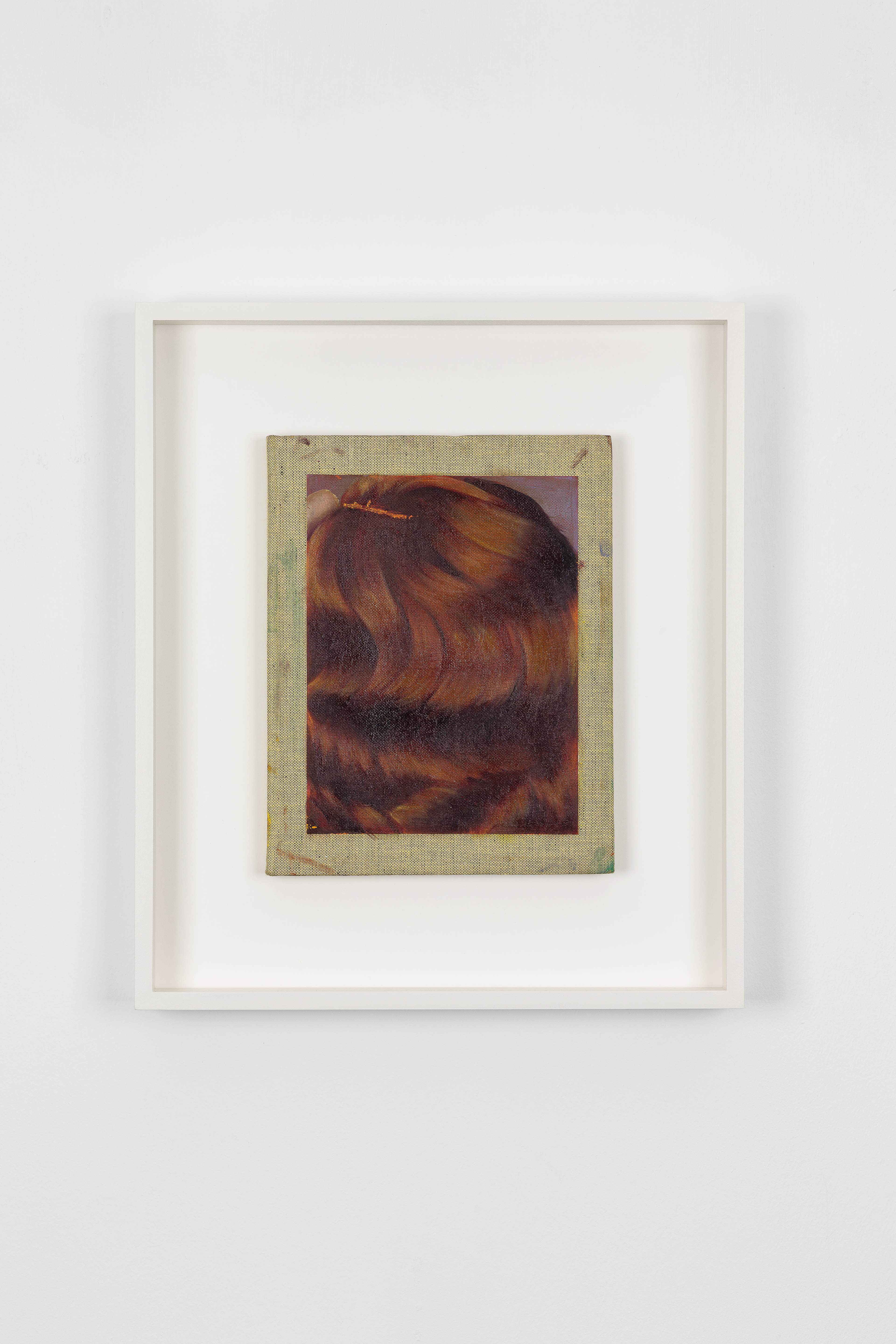 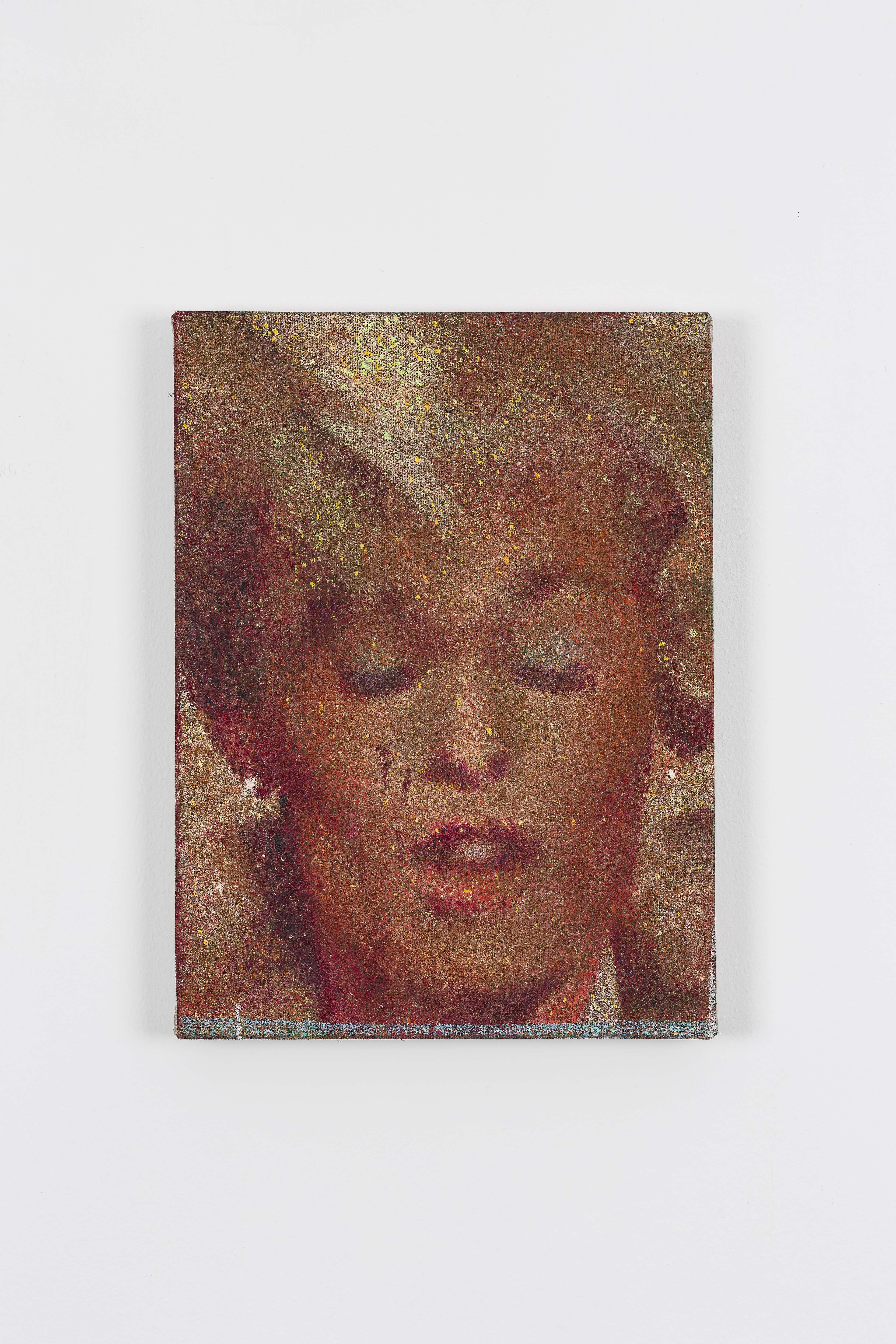 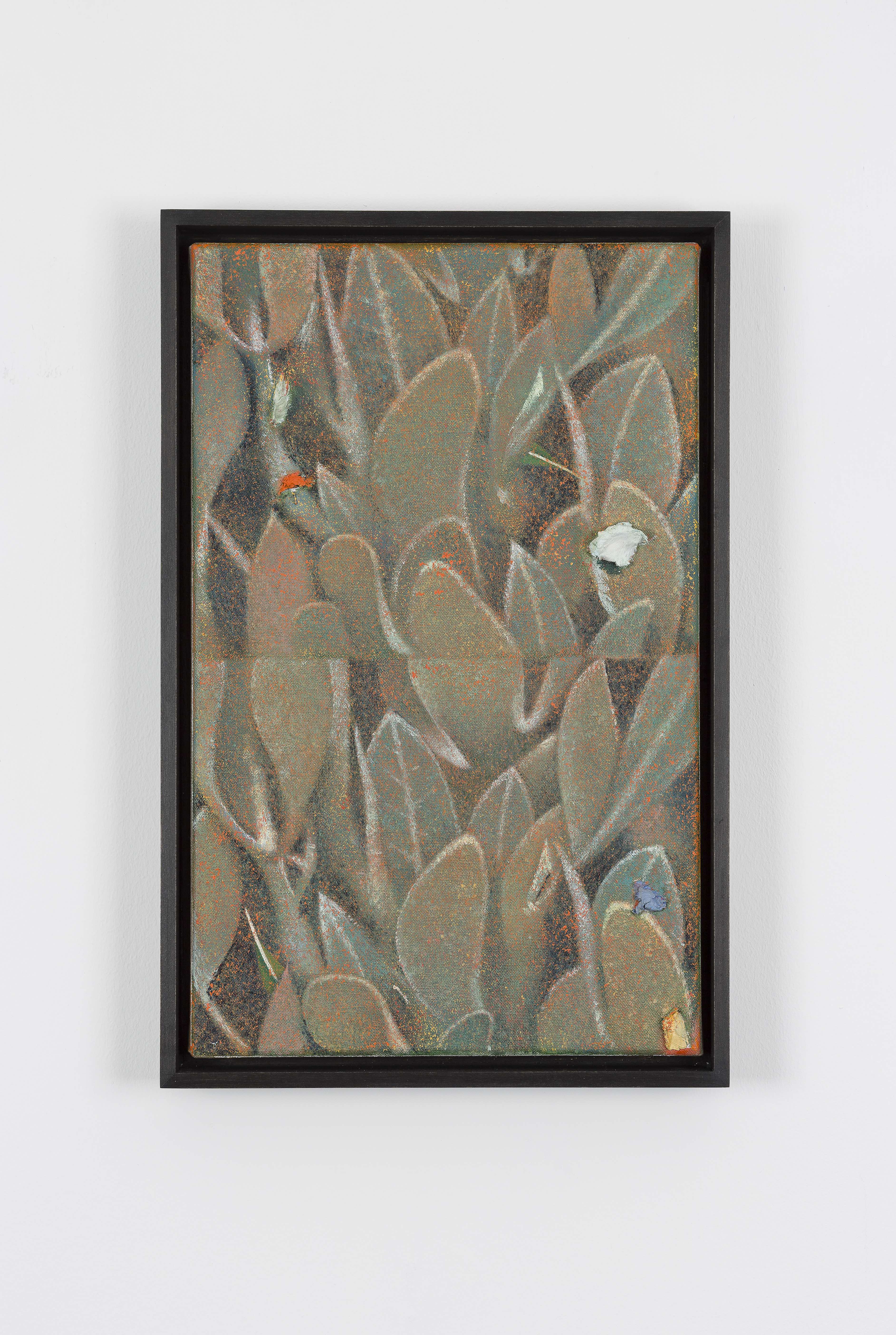 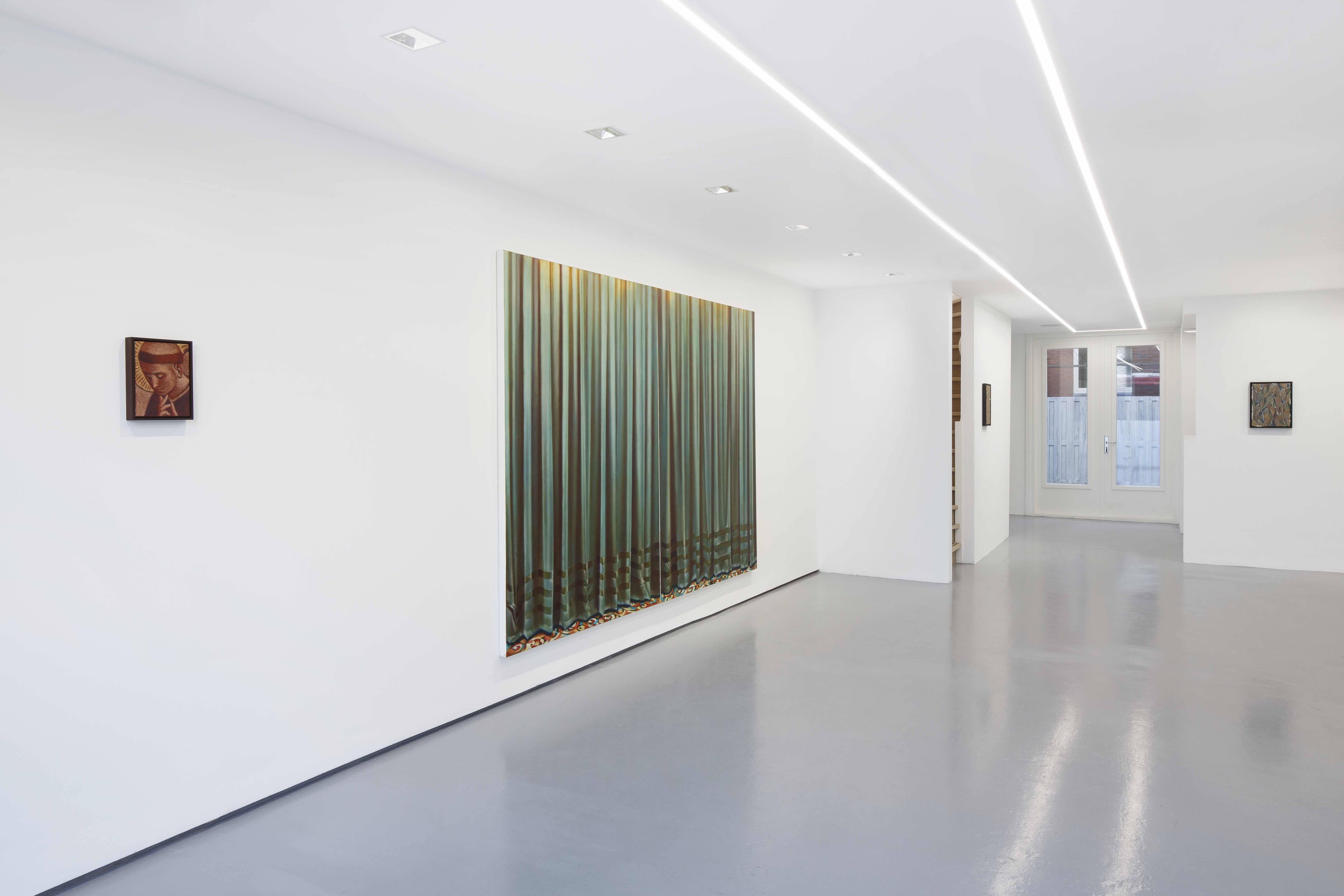 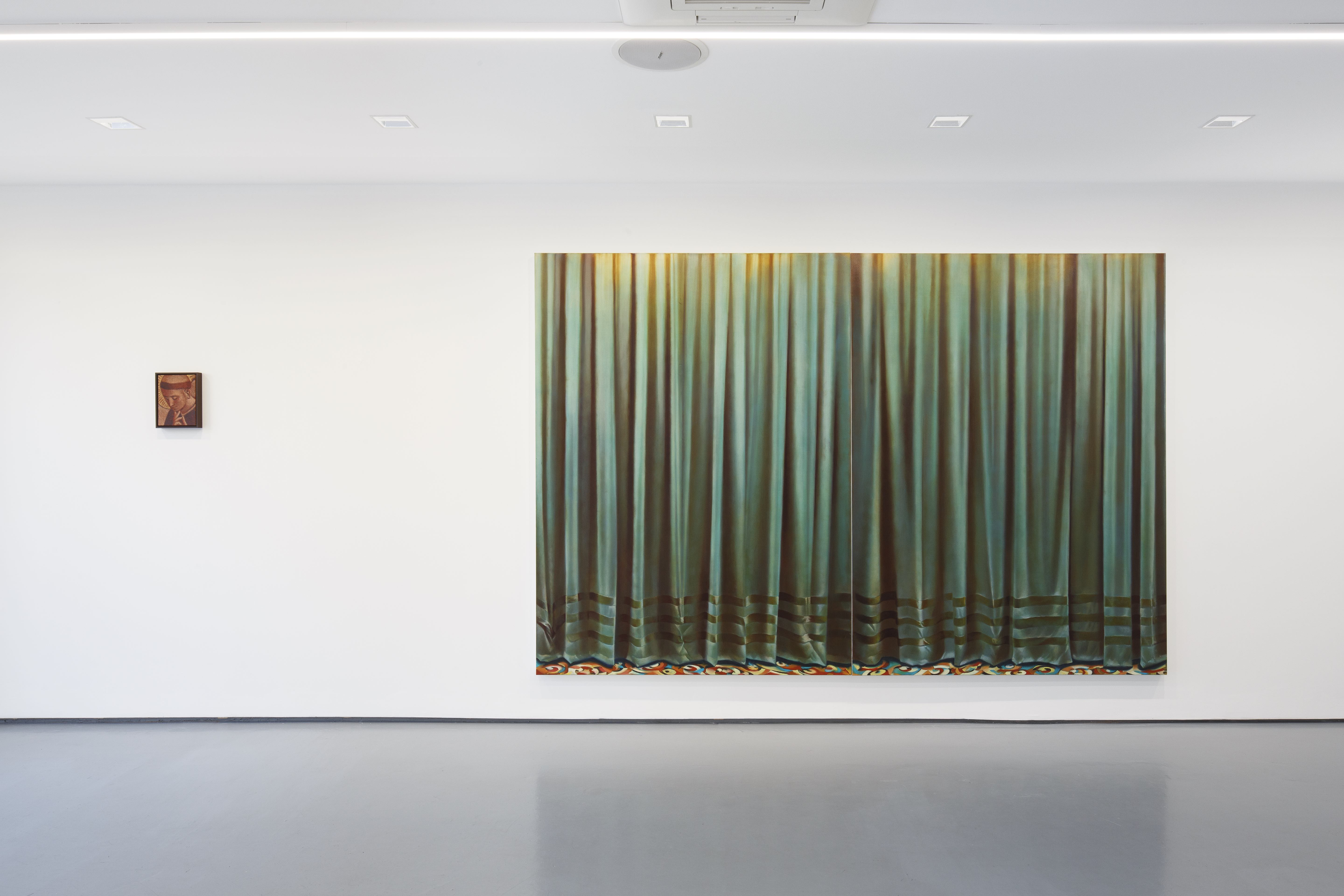