Copperfield, London is pleased to present Jasleen Kaur’s first solo show in London. The exhibition offers an intimate reading and viewing space that will focus around two main works: the book Be Like Teflon, that gives title to the exhibition, and the film Ethnoresidue.

The Book Be Like Teflon uncovers the untold, hidden herstories of Indian women living in Britain commissioned by Panel and Glasgow Women’s Library.

Kaur's research focused upon the Library’s collection and the voices she found to be missing. She found a need for a new book — part transcript, part cookbook, part collection of essays — that foregrounds lost or underrepresented experience, and where the daily act of communal cooking could serve as an intimate space to debunk myths of a voiceless, compliant South Asian woman misrepresented through a colonial gaze. Speaking about the inspiration behind the book Jasleen said: "It is both an inherited and personal trauma that drives this book. An acknowledgment of the silences, what is not said and not heard, the silencing of women in my life and, as I learn, in my cultural history too. A whole heritage of mistreatment, voicelessness and disempowerment, repeated again and again by a patriarchal force that keeps us quiet”.
​
One of the conversations that forms part of the book is with the artist’s maternal grandmother, which inspired the film Ethnoresidue. Rooting the work in Pollokshields, Glasgow, the site of her family home and the focus of South Asian communities, Kaur expands on the complexities and intimacies of identity, belonging, reckoning with histories and their entanglement in persistent colonial structures.

Alongside the books and film, the photograph Women Hold Up Half The Sky, 2019 shows a doctored 1936 archival image of members of the 2nd Royal Battalion (Ludhiana Sikhs) in Waziristan, exploring postcolonial gender roles. Tamed men precariously balance on each others necks, propped up by Kaur's mother's hand. The hands here are an icon for Kaur’s research into the invisibility of women's voices and their supportive and sustaining labours,  and for discovering non-masculine forms of resistance. 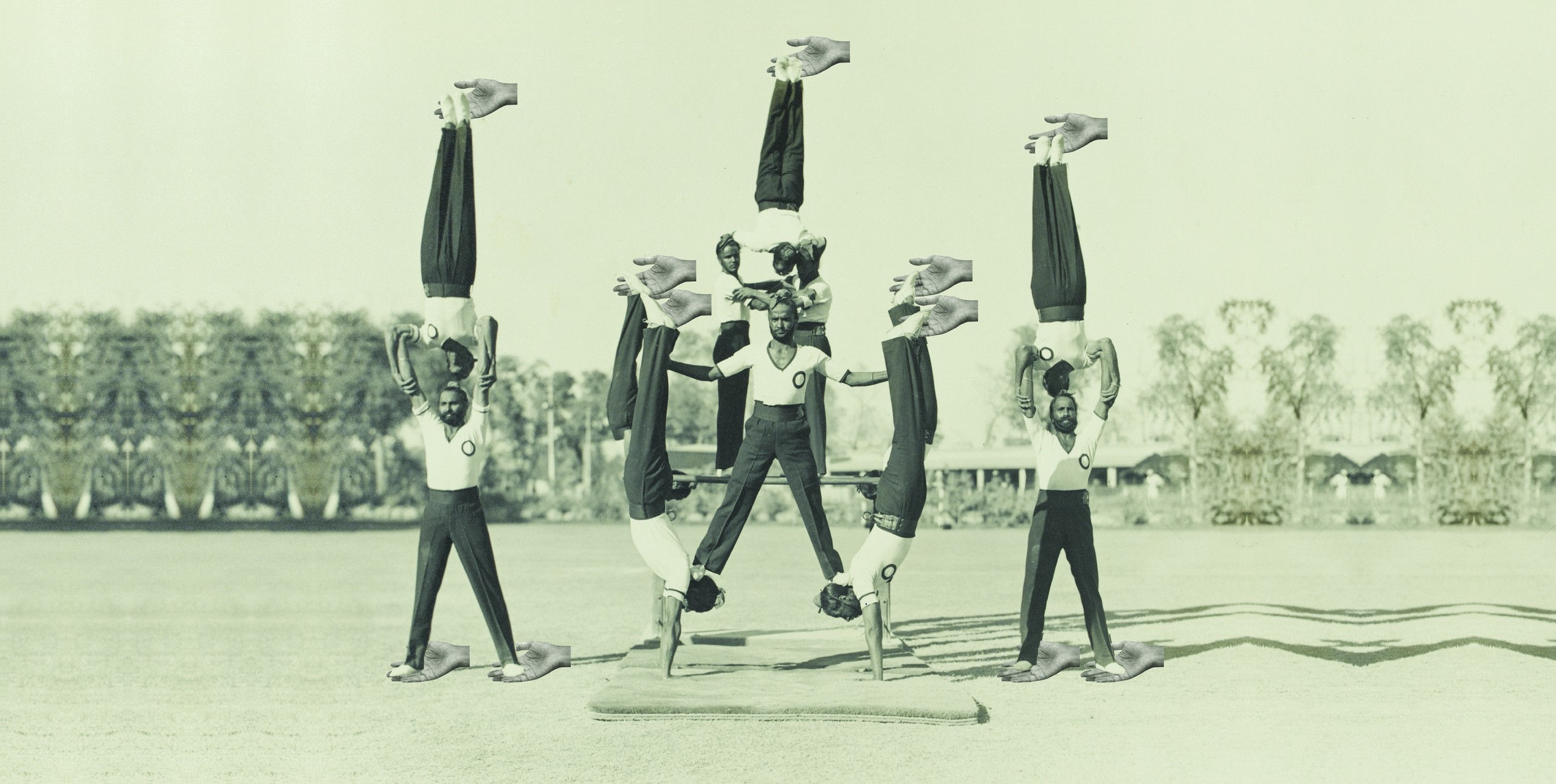 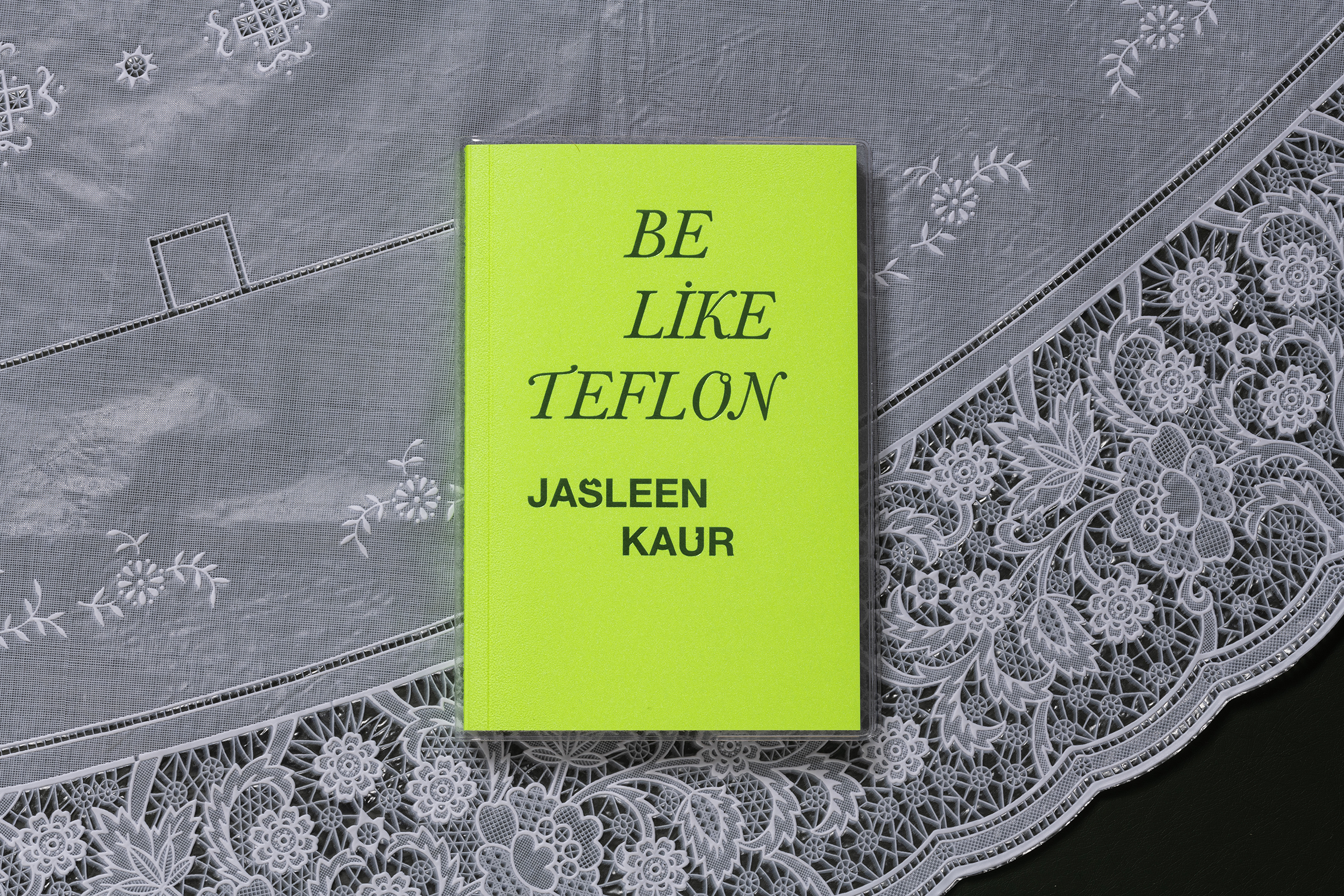 Jasleen Kaur, Be Like Teflon, book, 132 pages, co-published by Glasgow Women's Library and Dent–De–Leone, 2019. Courtesy of the artist and Copperfield, London. 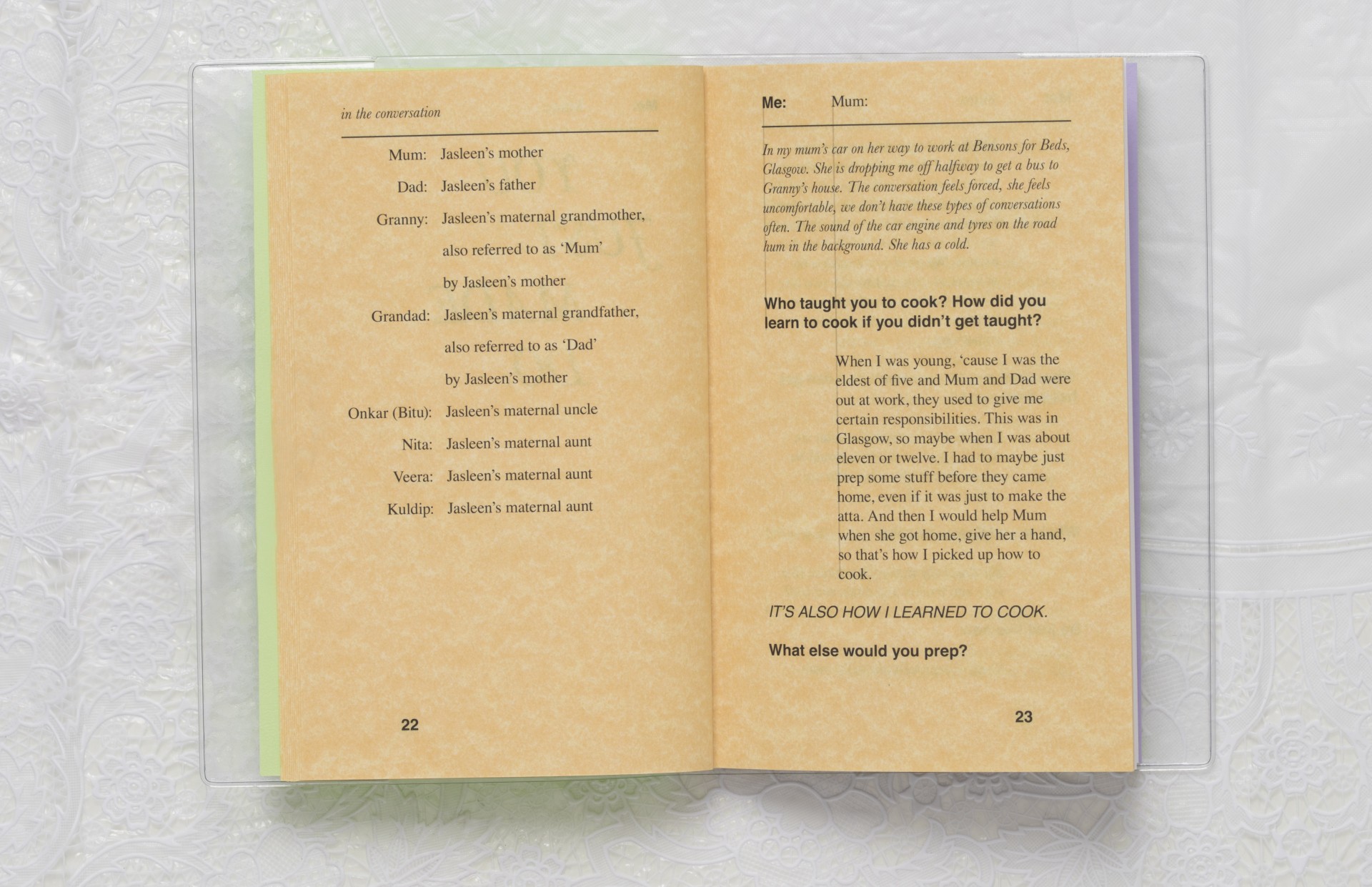 Courtesy of the artist and Copperfield, London. 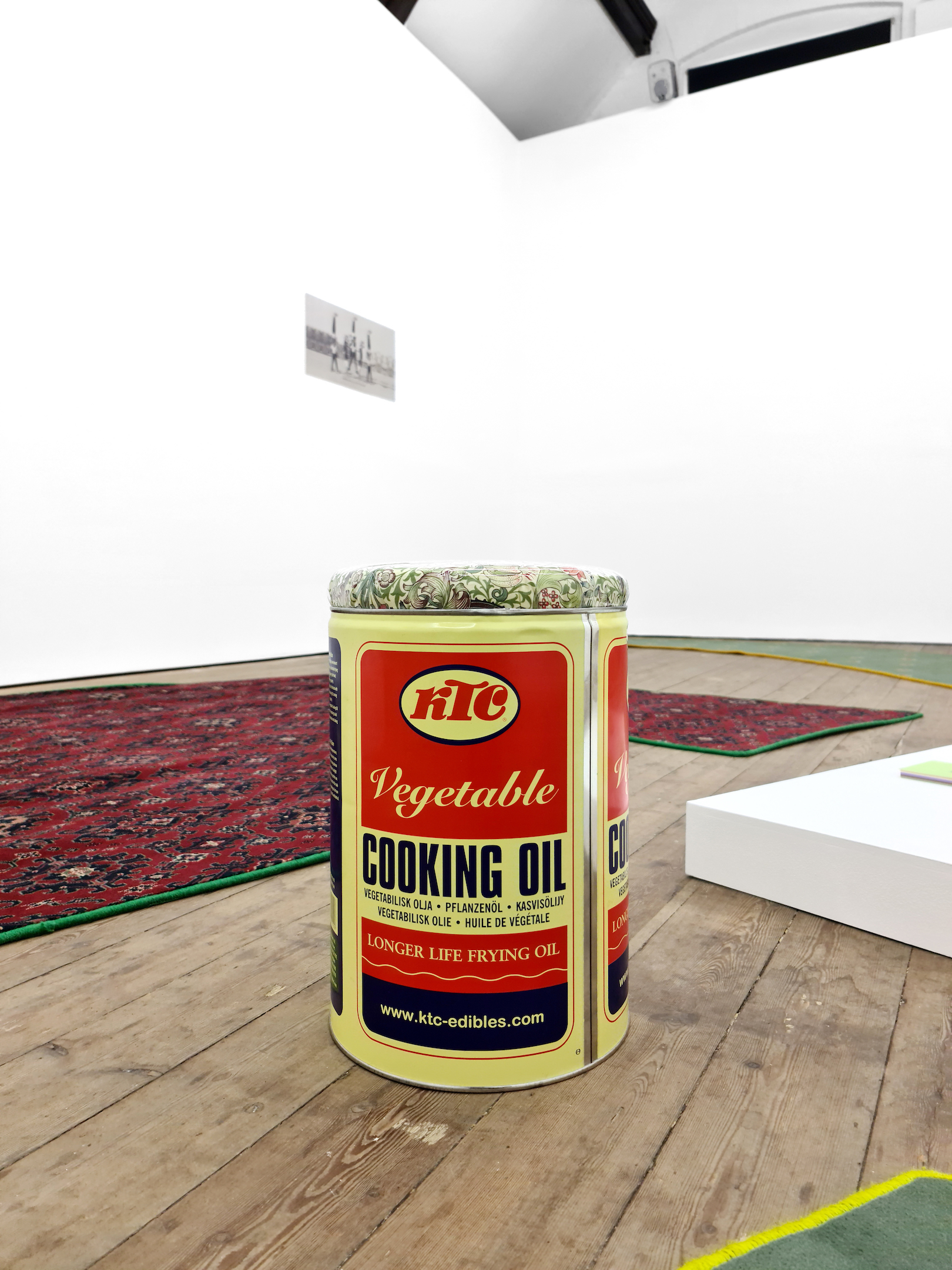 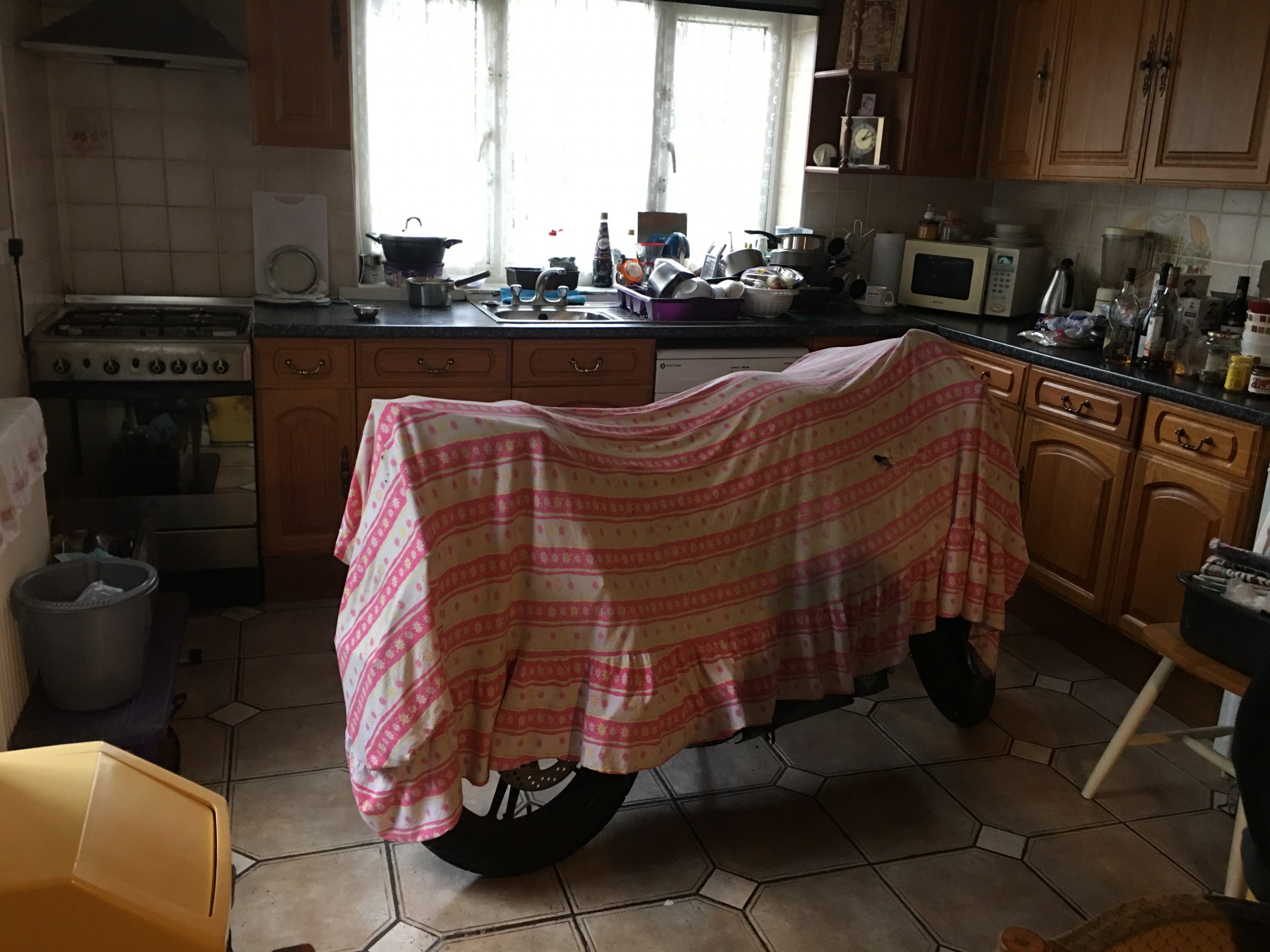 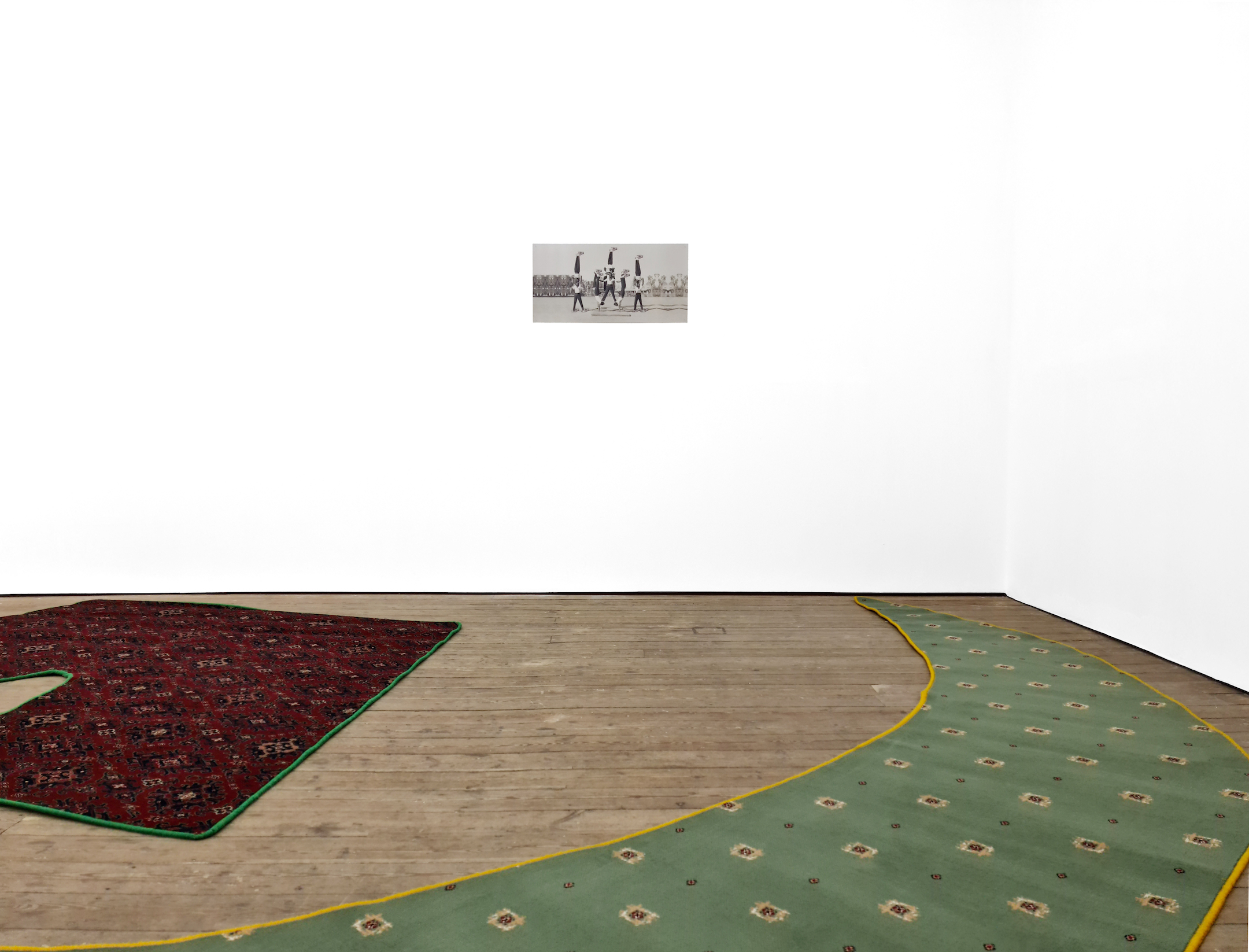 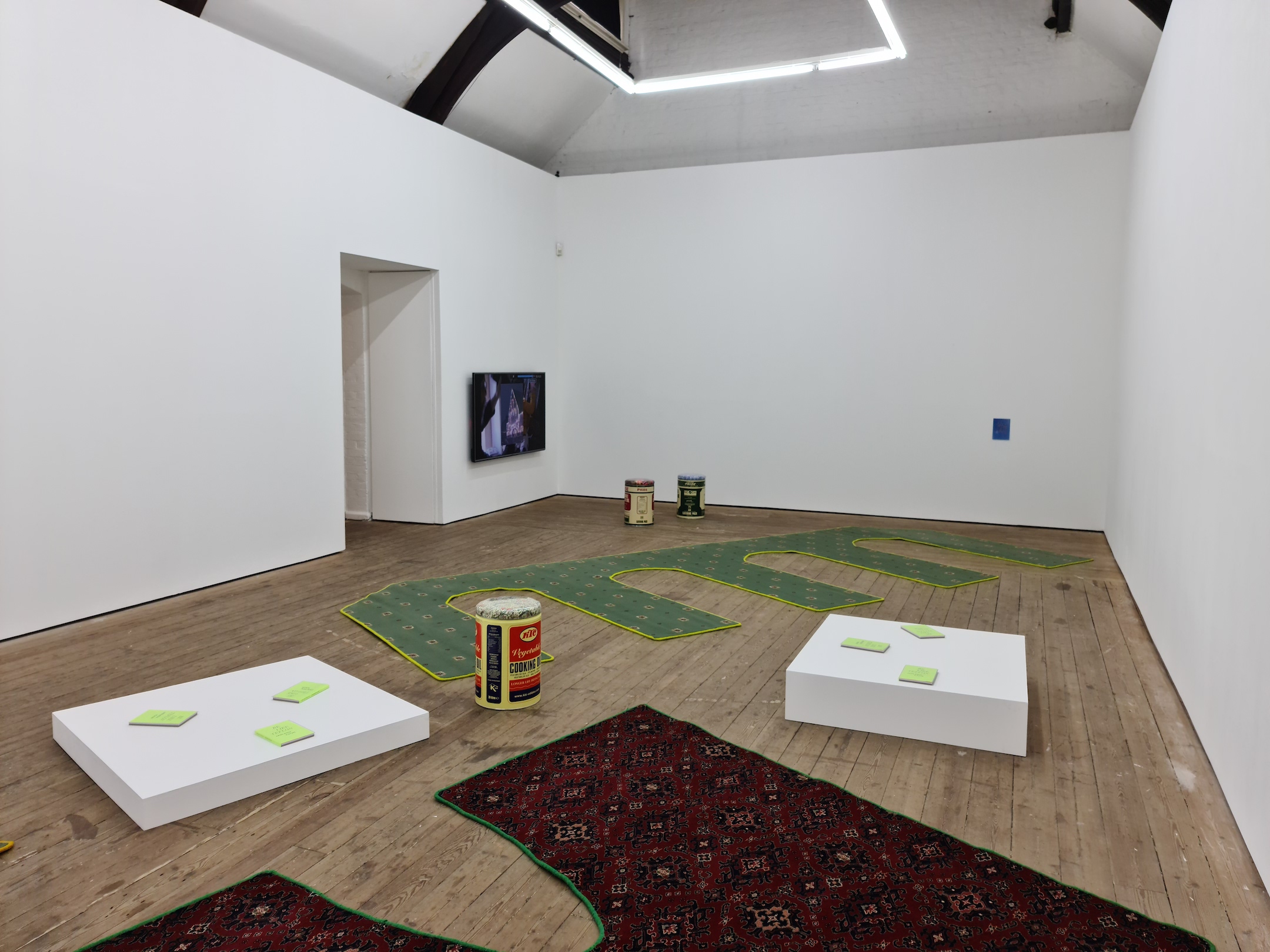