Almine Rech London is pleased to present a new exhibition by Ha Chong-Hyun, the artist’s third solo exhibition with the gallery.

“Back then… I tried to destroy the existing order, including the concept of painting on a canvas.”

That’s Ha Chong-Hyun, speaking to The Korea Times last year, reflecting on the beginnings of what he would later term his ‘Conjunction’ paintings, works that would, in turn, propel him to the forefront of what would eventually become known as the Danseakhwa movement.

As is the case with anything revolutionary, the ‘Conjunction’ paintings, the first of which was begun in 1973 and made public in 1974, represent a paradoxical (and simultaneous) process of assertion and denial. In these works, Ha rendered painting, as far as possible, no more than a material fact, simultaneously diminishing the trace of human agency in its creation.

Take, for example, the work with which it all began (Work 74-A, 1974). Ha placed wooden boards on other boards covered in thick white oil paint, and then pressed down and watched the paint ooze through the gaps. The mobile (paint) confronts the immobile (boards) and the laws of physics do the rest. It’s a scientific demonstration, if you like, one in which the artist, in selecting which materials and what amount of force is applied to them, simply sets the experimental controls. One might place the gesture in parallel with Robert Ryman’s assertion that he was a ‘realist’ rather than a minimalist: “I’m not a picture painter. I work with real light and space,” the American declared.[1]

When you see Work 74-A for the first time, you find yourself engaged in contemplating how it got that way, not why. Not that the first is a mystery as such: the boards and paint describe exactly how they came to be. The process is entirely of the senses rather than the mind—an example of what the British literary theorist Terry Eagleton, when describing the origins of Western aesthetics, calls ‘the body’s inarticulate rebellion against the tyranny of the spiritual.'[2]

Subsequently Ha would move on to more forceful means of creating these works: pressing thick paint laboriously through stretched out burlap and later hemp, in a process he calls baeapbub (‘back-pressure method’). If his first ‘Conjunction’ painting relied on a support, in these later works, the support has been denied, and even made permeable. During this time, Ha also denied connections to any Western aesthetics. “I wanted to find a Korean form of abstract art—not the European or Japanese style,” he reflected in the Times.

Ha’s ‘Conjunction’ paintings are rooted in a historical context of competing ideologies. At the time he created Work 74-A, Korea had recently emerged from a more than 70-year process that had encompassed Japanese colonial rule, a world war, a U.S. military government, the Korean War and the beginnings of a military dictatorship. Much of the Korean art world was comprised of artists referencing the academic art scene of Japan, imitating various expressions of what it meant to be ‘modern’ imported from the West, or establishing postwar differences between north and south. Ha’s bold destructive gestures were a statement of independence, of individuality, and of objective and universal truths.

We’re trained to think that destruction results in emptiness, but Ha’s destruction opens up space in which other things come to the fore. We see evidence of his own physical efforts in artworks where he has pushed, squeezed, scraped and manipulated the paint. We observe what paint wants to do (drip, spread, etc.) because gravity forces it to do so—and not, ostensibly, following a pattern that is a result of human manipulation. The opportunity to explore paint’s behaviour (which can be seen in recent works such as Conjunction 20-11 (2020) and Conjunction 19-06 (2019)), the artist has said, has been one of the reasons why he has continued adding to the series until today.

Along the way Ha has introduced a greater variety of colour to his ‘Conjunction’ series, which allows his fundamental processes to work in new ways. Take Conjunction 20-50 (2020) and its orange, central motif. And note that while it was created using a single monochromatic paint, being forced through the hemp (which in turn had absorbed it in a variety of ways) and then dripped and dribbled, its hues and densities have been altered and the colour has a polychrome feel. After Ha’s more than 40 years of practice with these methods, you might start to wonder whether or not control and chance still interact in the way they once did when the artist began the ‘Conjunction’ series. But equally one might see this as an ongoing process that tests whether or not anyone or anything can truly be free: free from manipulation, free from the laws of nature, free from habit or free from control.

These are not simply formal exercises unrelated to the outside world. In Ha’s paintings we see the evidence of his labour (he often uses everyday utensils—among them knives or sticks—to move his paints rather than specialist painting tools), but we also see the materials of postwar life—particularly the burlap or hessian sacking that once contained the essential wheat and grain sent from the U.S. as relief goods in the postwar era). These were highly charged materials that testified to what it meant to live under pressure, to survive, or simply to get by. “When I first began working on the ‘Conjunction’ series,” Ha told Ines Min back in 2017, “I had to source hemp cloth individually for each work at the market or on the street.” In this rejection of painting’s traditions and histories, and connection to the highly complex (and emotional) experience of contemporary life, Ha’s ‘Conjunctions’ redirect the dominant narrative of Modernist painting—giving formalism a soul, and connecting the experience of art to the experience of contemporary lived life. 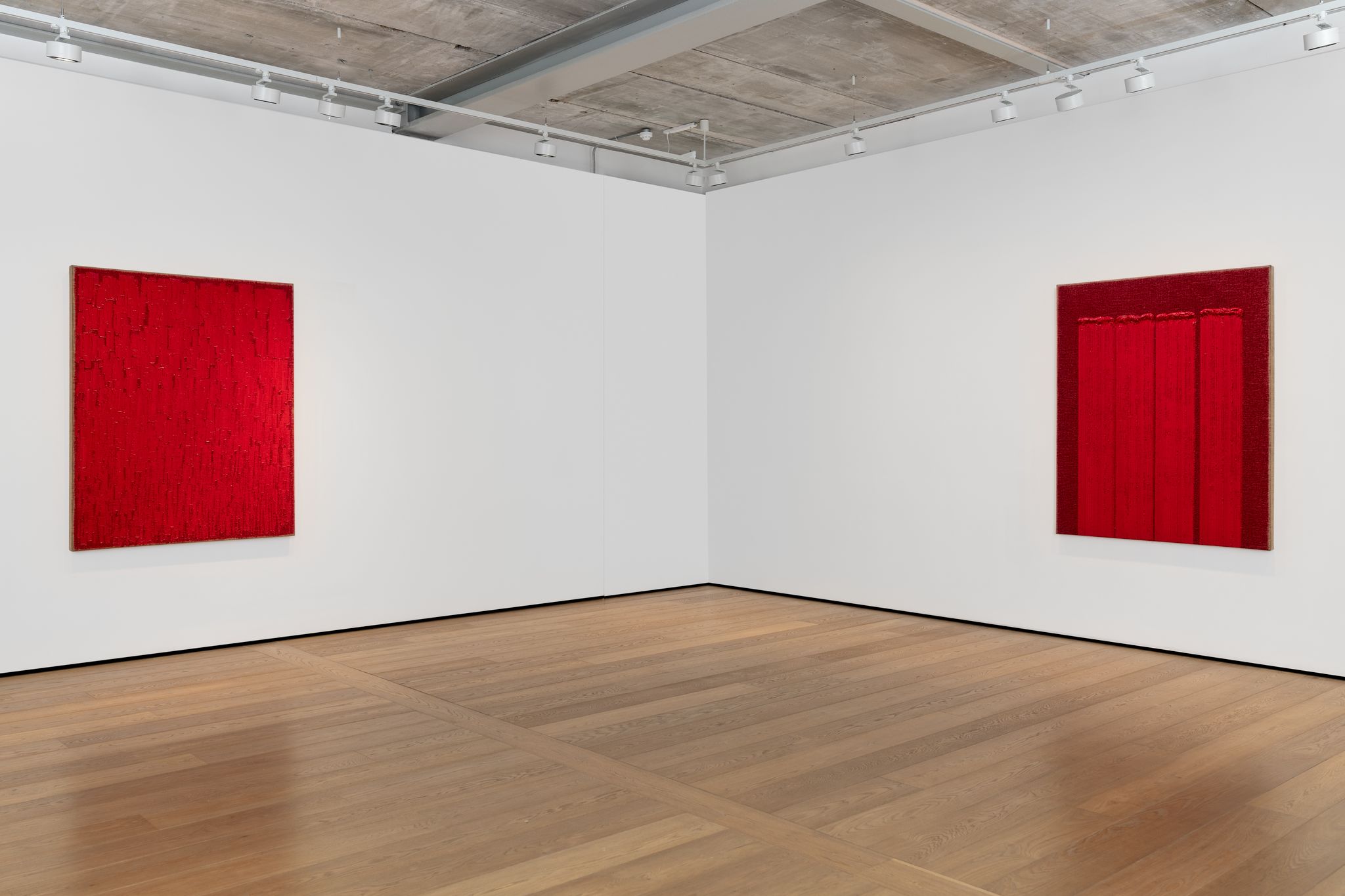 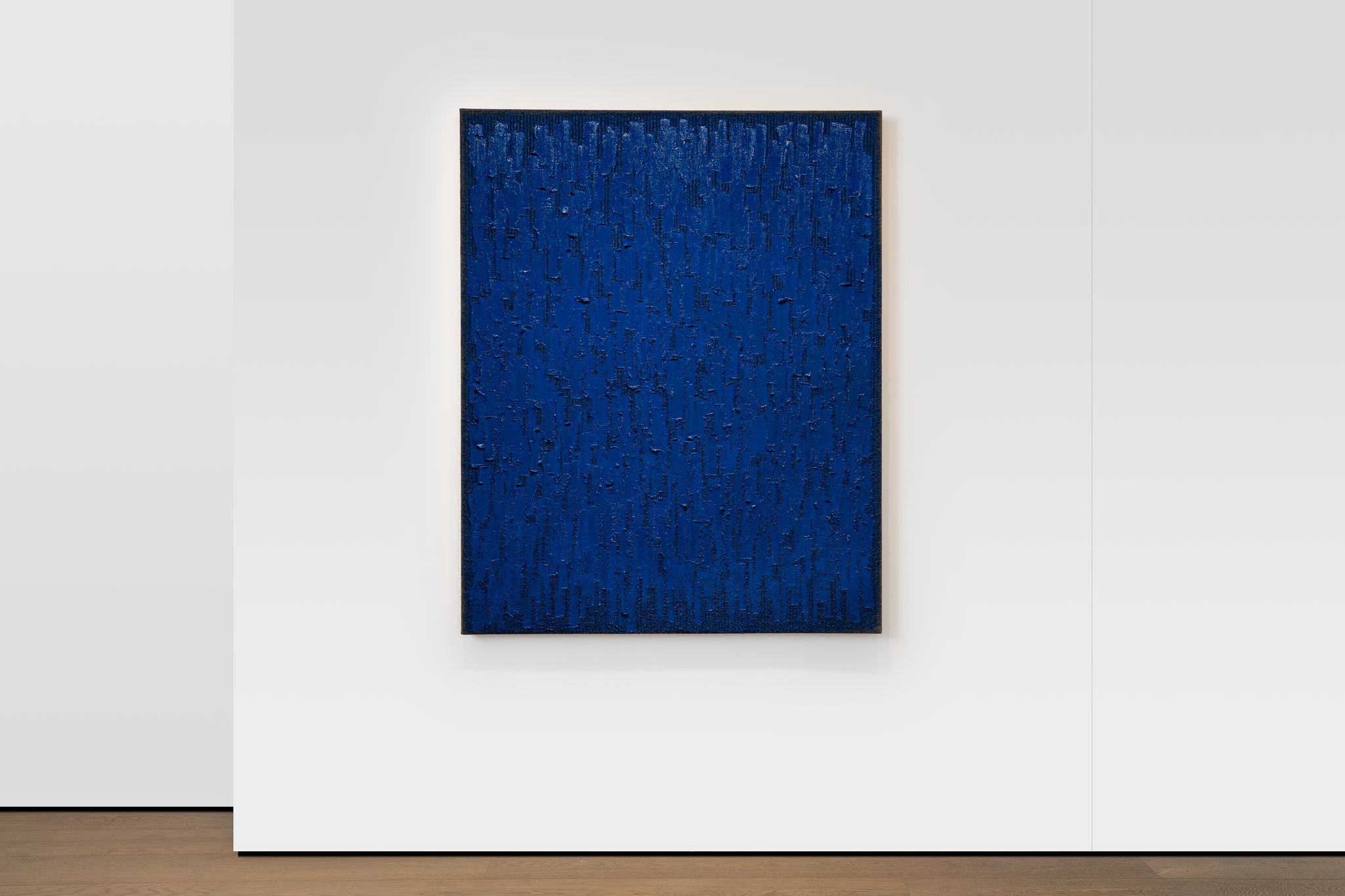 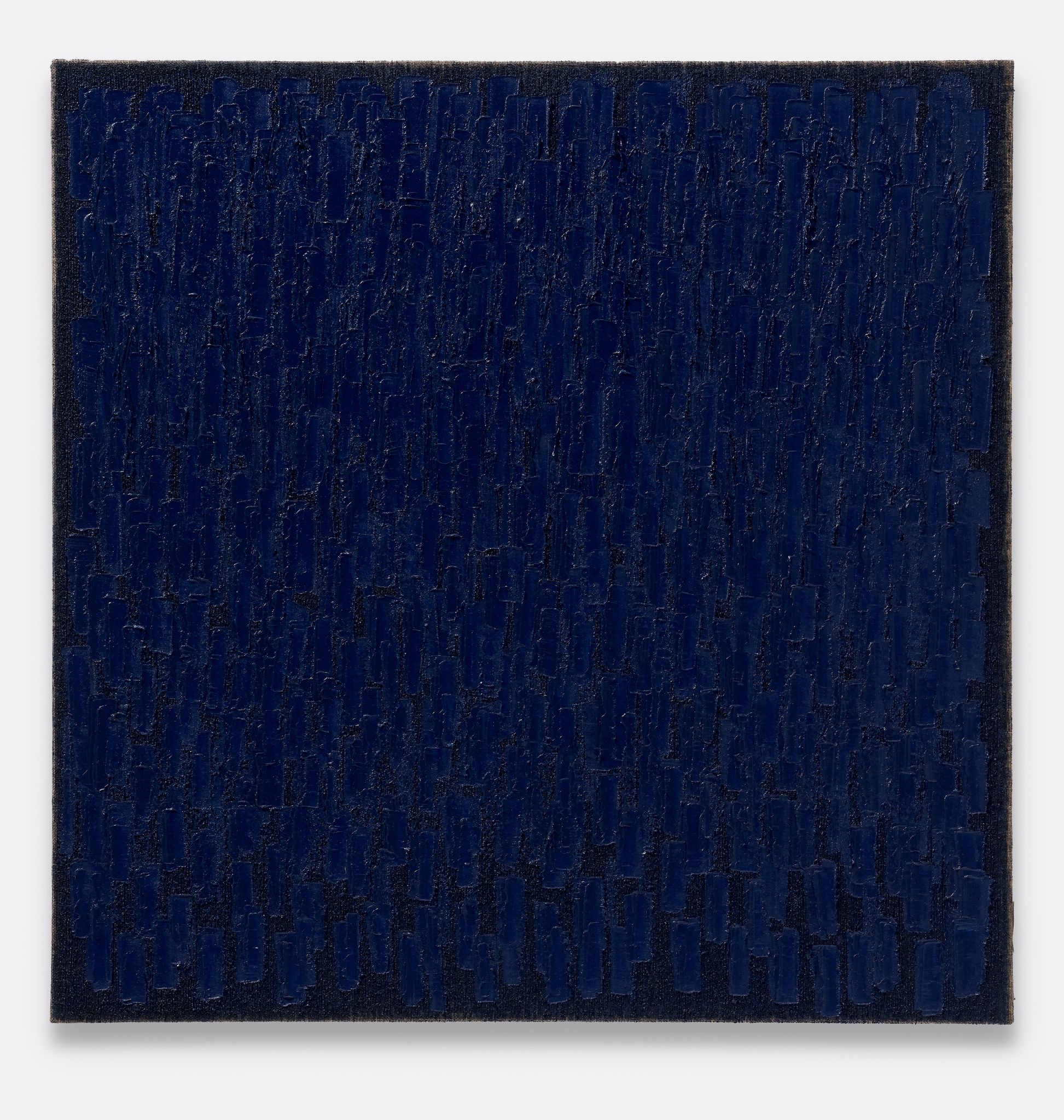 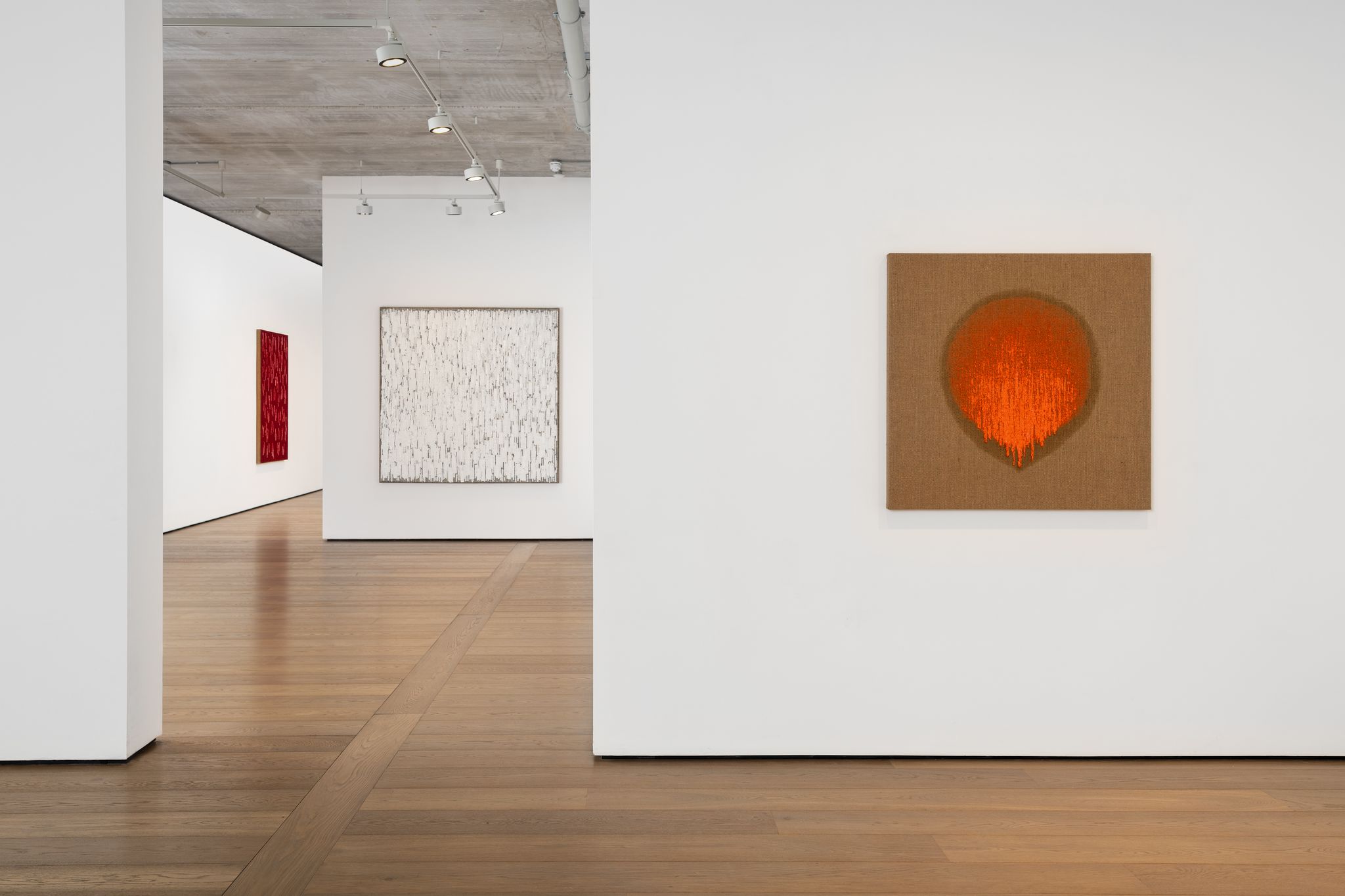 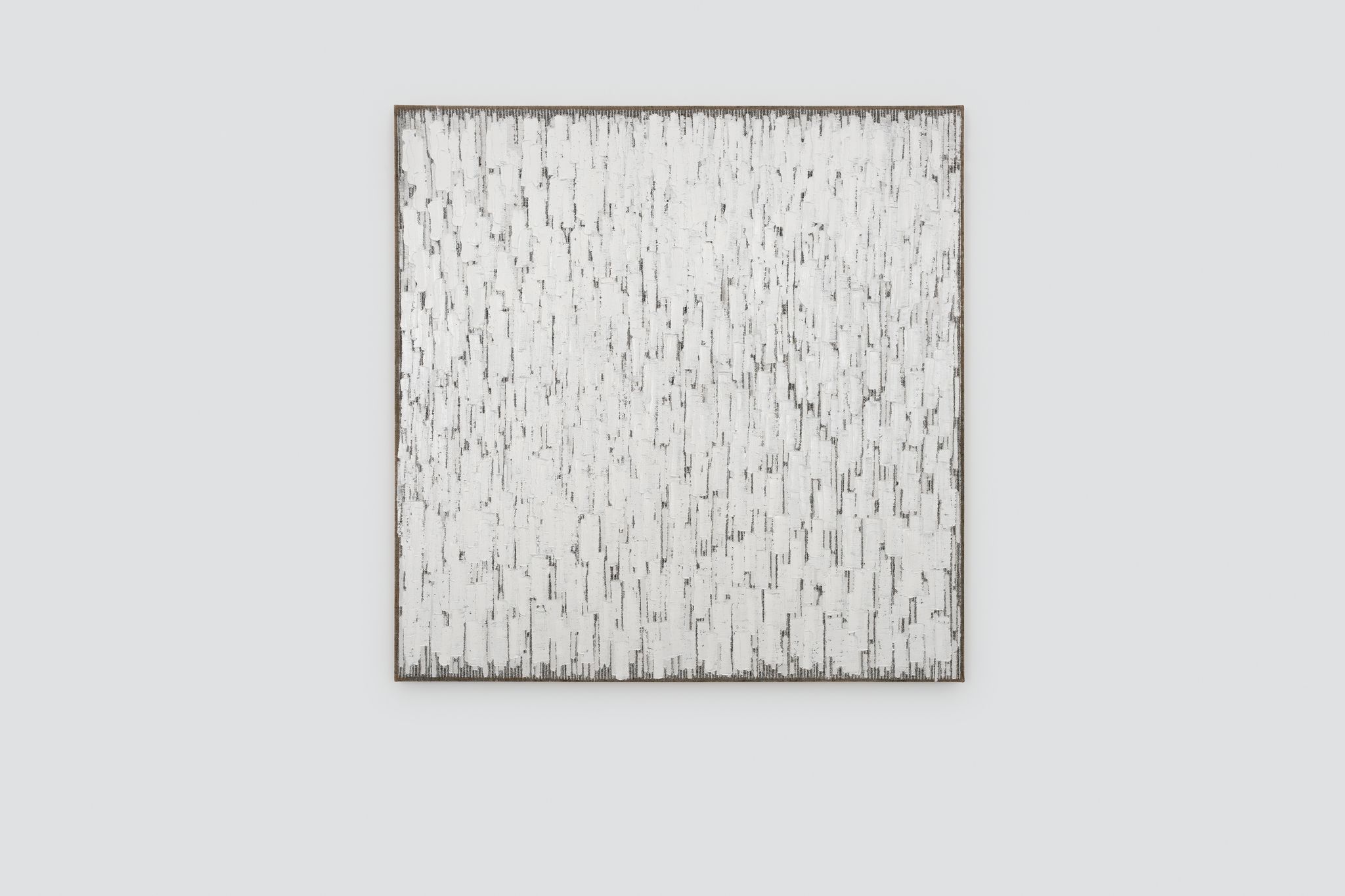 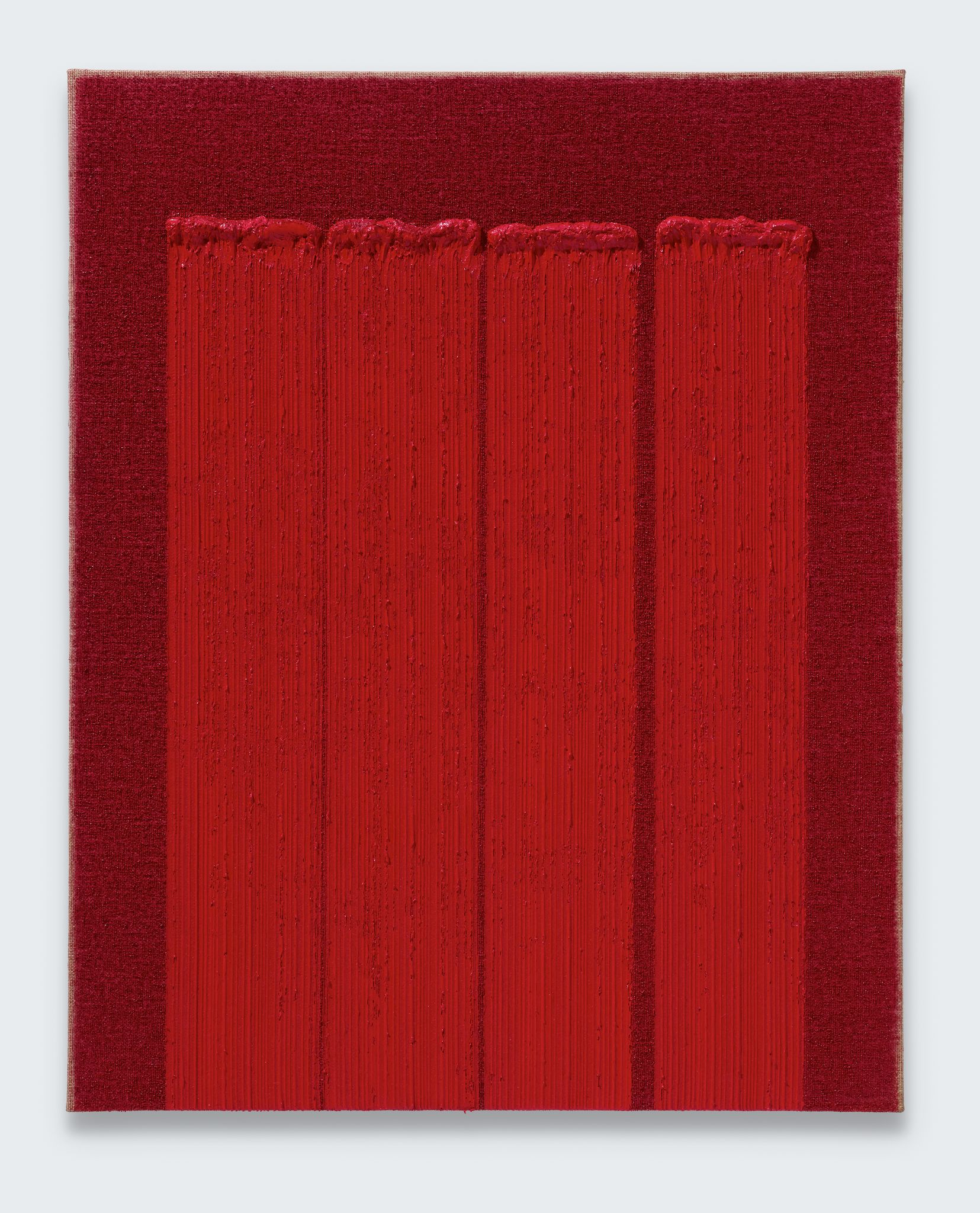 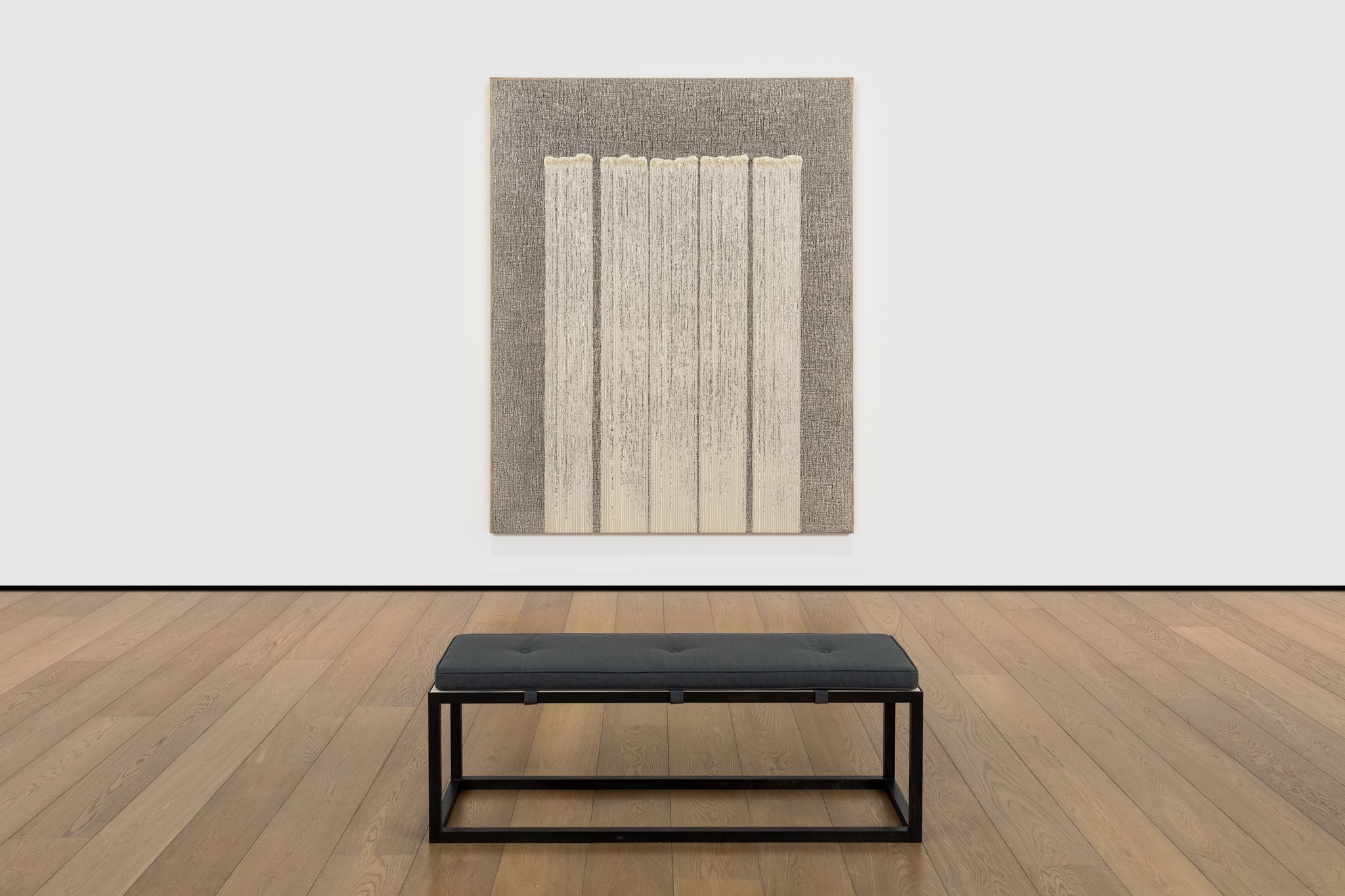 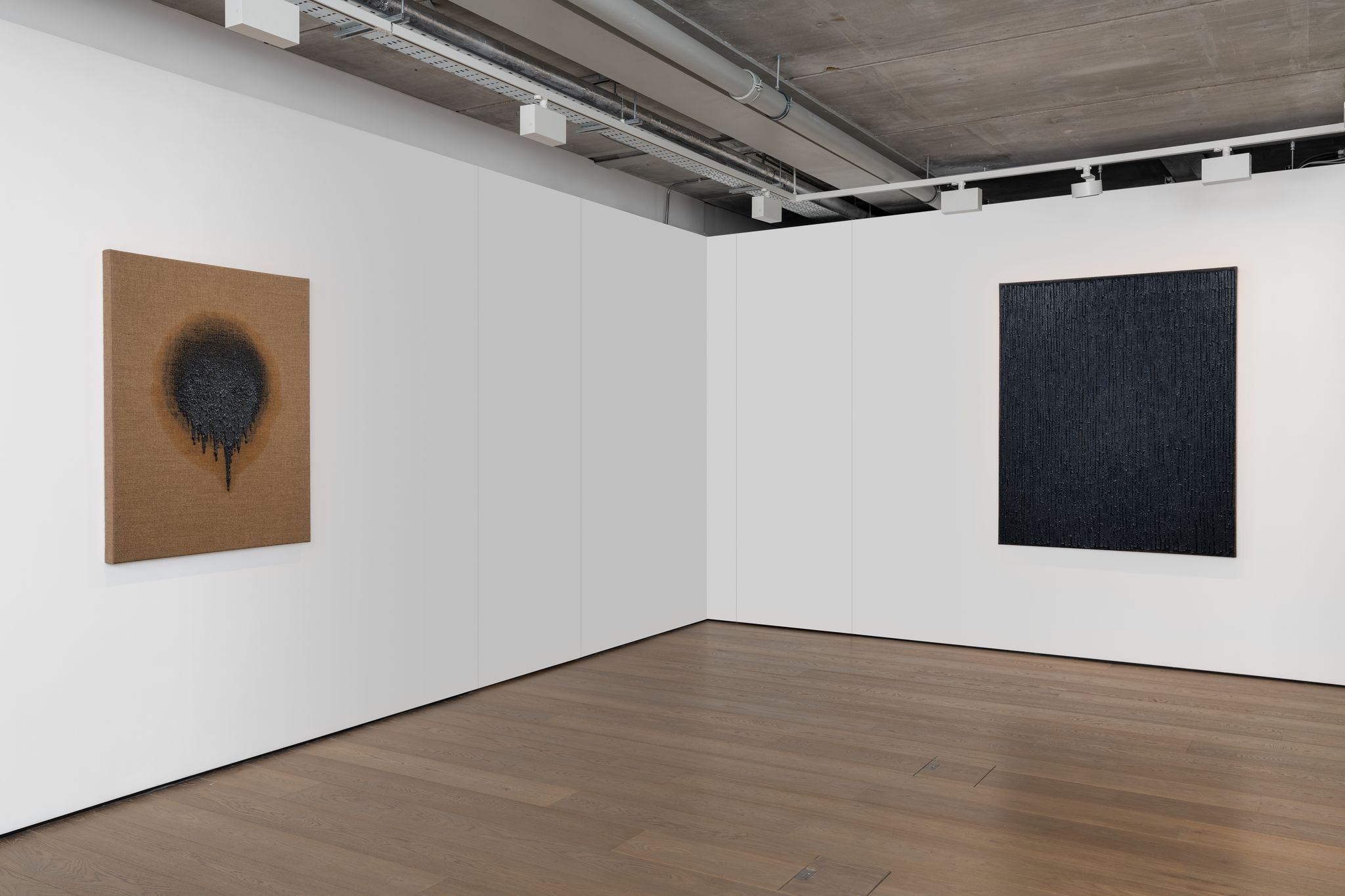