George Rouy’s new paintings feel as the world does now—slippery, fluid, ruptured. Gathered under the title Clot, a crowd of singular and coupled subjects behave visually as the word does verbally. They secrete, congeal and thicken, pushing toward the limit of intensity. In each case, a bloc of sensations presents a language without articulation, a set of transitions and becomings that transmute the body into a primal howl. A form of magic, meeting place or interstition; wounded, aberrant and enthralled.

The figures presented in Clot do not have predictable movements but instead produce events and haecceities. Less defined by their flesh and organs than by interior forces. The use of large gestural brushwork—industrious strokes that call to mind processes of archaeology, excavation and geology—is coupled with the granular minerals of paint and pigment, undermining the body as a unified whole or unit, gendered and purposeful. Their ambiguity is felt in space but also in time, celebrating a dynamic temporality in the painting and on the painting’s surface.

Lighter passages of pure colour and flatness contrast with liquid black outlines (indications of their origin as digital drawings), reminding us of what the advances of digital experience—and a life on screen—permits and refutes. They present a means of escape or disruption, an approach to the body irreducible to the logic of consumption. The calm repose of seated and standing subjects, the comfort of strangers. Together these techniques speak to the fluid potential of the body and embodiment: a fever dream of secrecy and turmoil, proximity, distance and ecstasy—a falling shadow.

Antonin Artaud wrote “When you will have made him a body without organs, then you will have delivered him [...] and restored him to his true freedom.” No longer the body of labour but of intensity and transmission, these works are without determination. They mark something that can no longer be contained; a horizon and a threshold, passing into something new. Raw conjunctions of bent limbs, passing glances and crooked smiles are scant clues as to their origin or outcome. Instead, a continua of intensities crawl over and through the skin. Constrict the wound, stop the bleeding: the clot will form.

We are in a time of renewed and committed interest in figurative painting and George Rouy uses the figure—constrained and liberated—as a many-sided prism to examine and celebrate questions of gender, fiction and technology. Capable of repose and disturbance, equilibrium and discontent, they present us with images that could not exist in another time, place or context than our own. They are connected by their pursuit of a harmonious language that can be read viscerally, symbolically and with feeling from one work to the next: in breach of meaning— delimiting canvas, disrupting substance, disquieting ideas.

George Rouy (b. 1994, Sittingbourne, Kent) lives and works in London and Kent. He completed his BA at Camberwell College of Arts, London. Recent solo exhibitions include Maelstrom, Peres Projects (Berlin, 2020) Cut Down A Tree To Build A Wooden Horse, To Ride You May Get Splinters, V1 Gallery (Copenhagen, 2019), Smothered Awake, Steve Turner Gallery (Los Angeles, 2018) and group shows TRANSFORMER: A Rebirth of Wonder, 180 Strand (London, 2019) and Jeunes Artistes en Europe. Les Métamorphoses, Fondation Cartier pour l’art contemporain (Paris, 2020) where his work entered the permanent collection of the Foundation Cartier. His work is currently on view as part of Almine Reich’s group exhibition No Man is an Island, in London through 26 September. This is his second solo exhibition here at the gallery, following Squeeze Hard Enough It Might Just Pop! in January 2018. 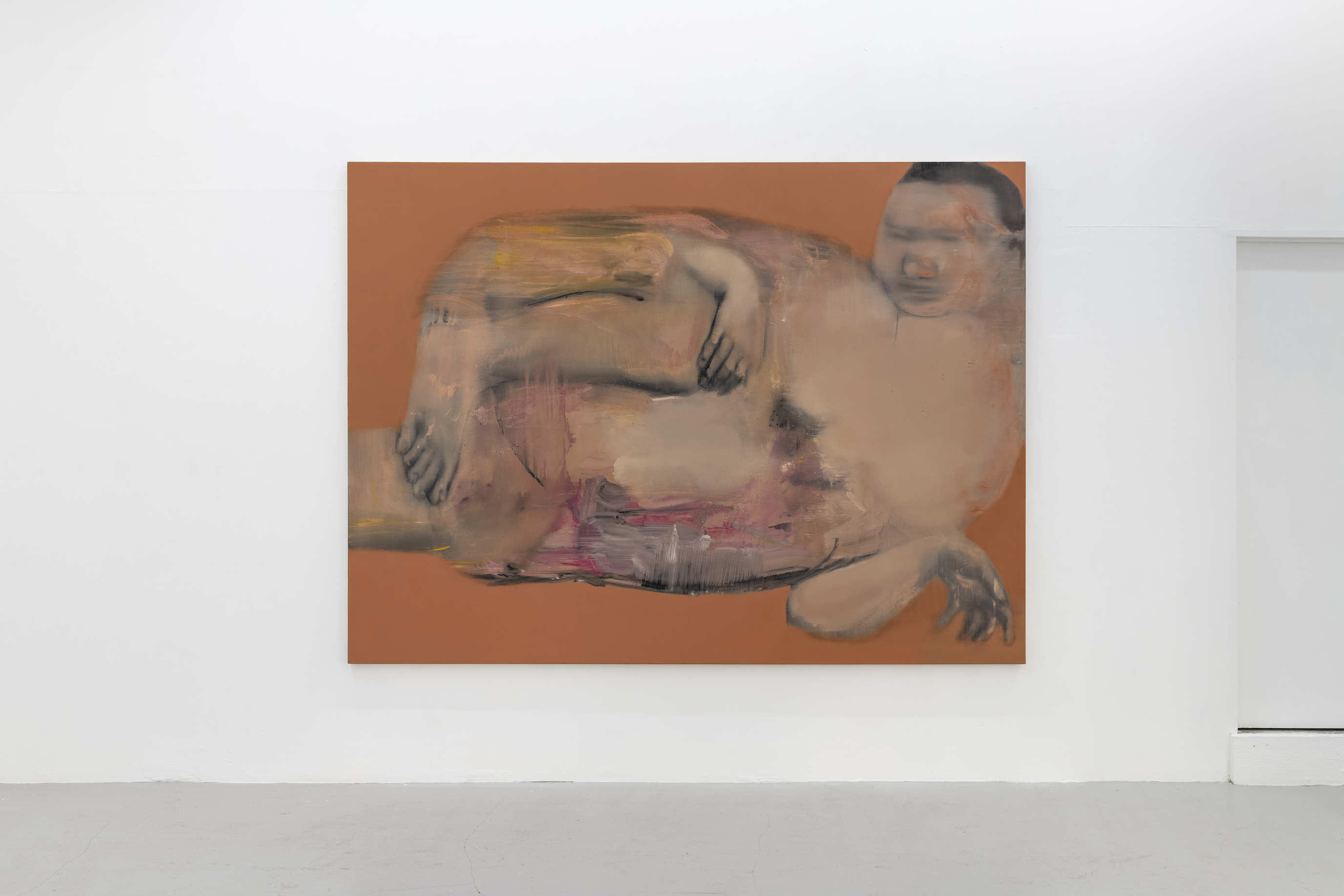 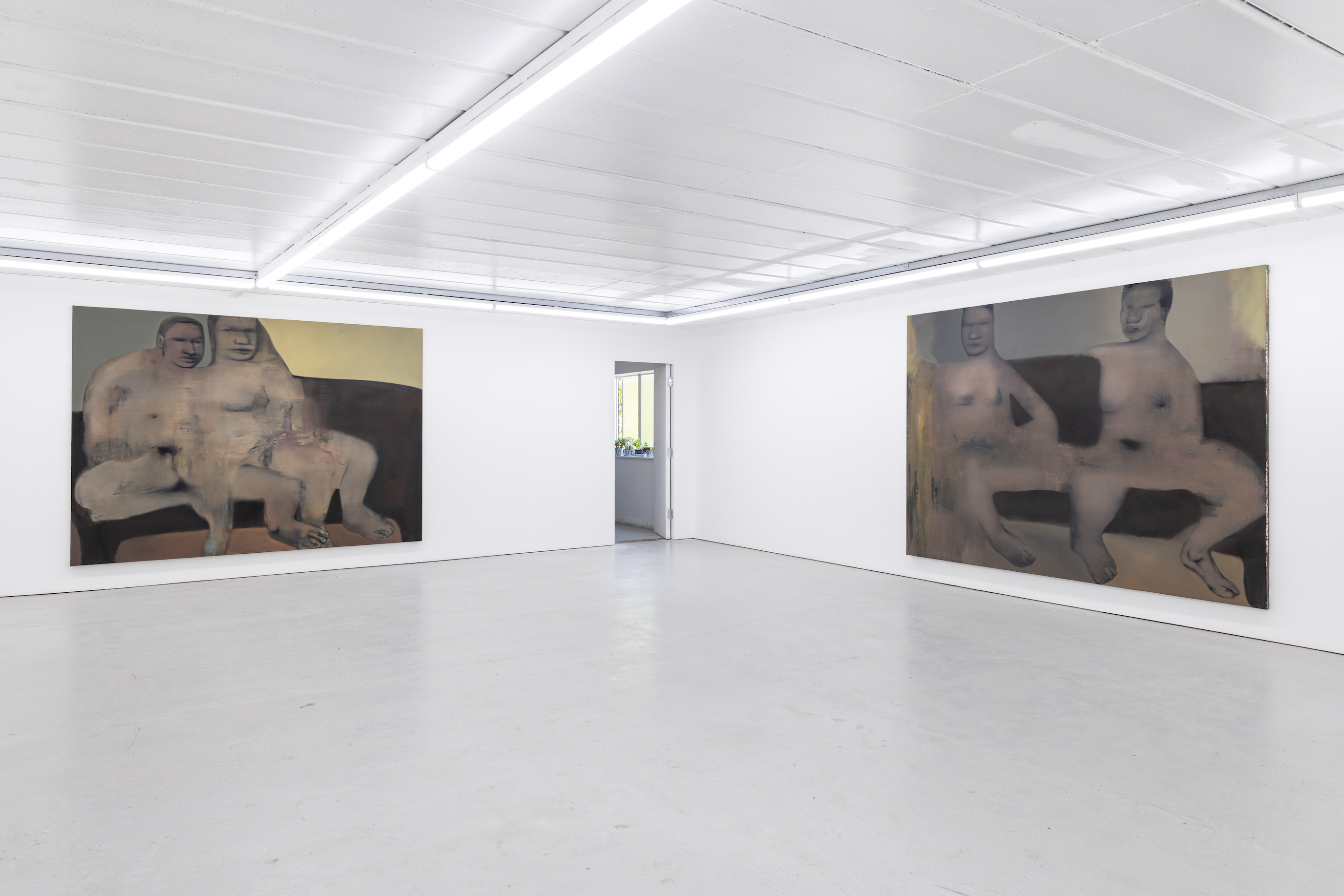 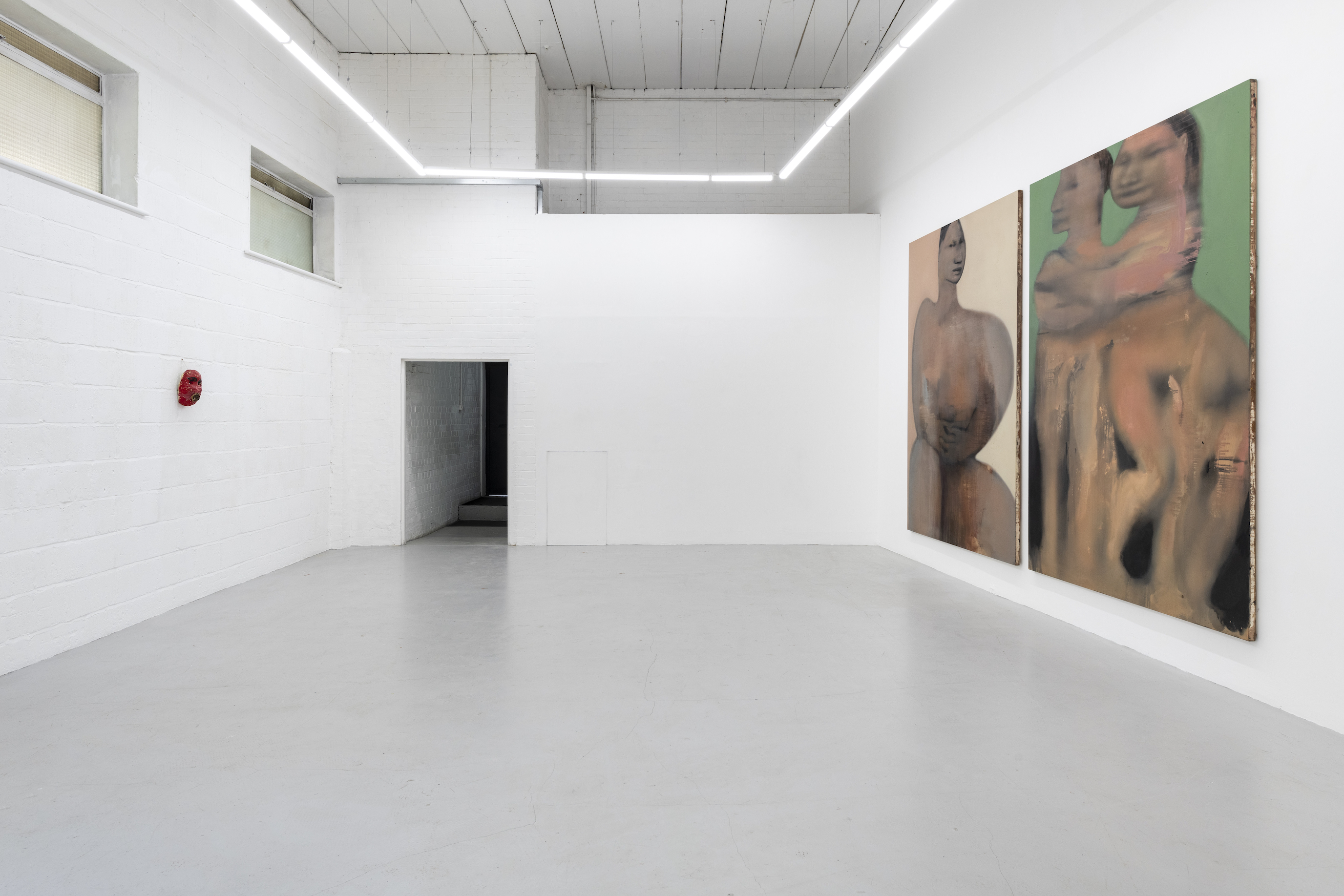 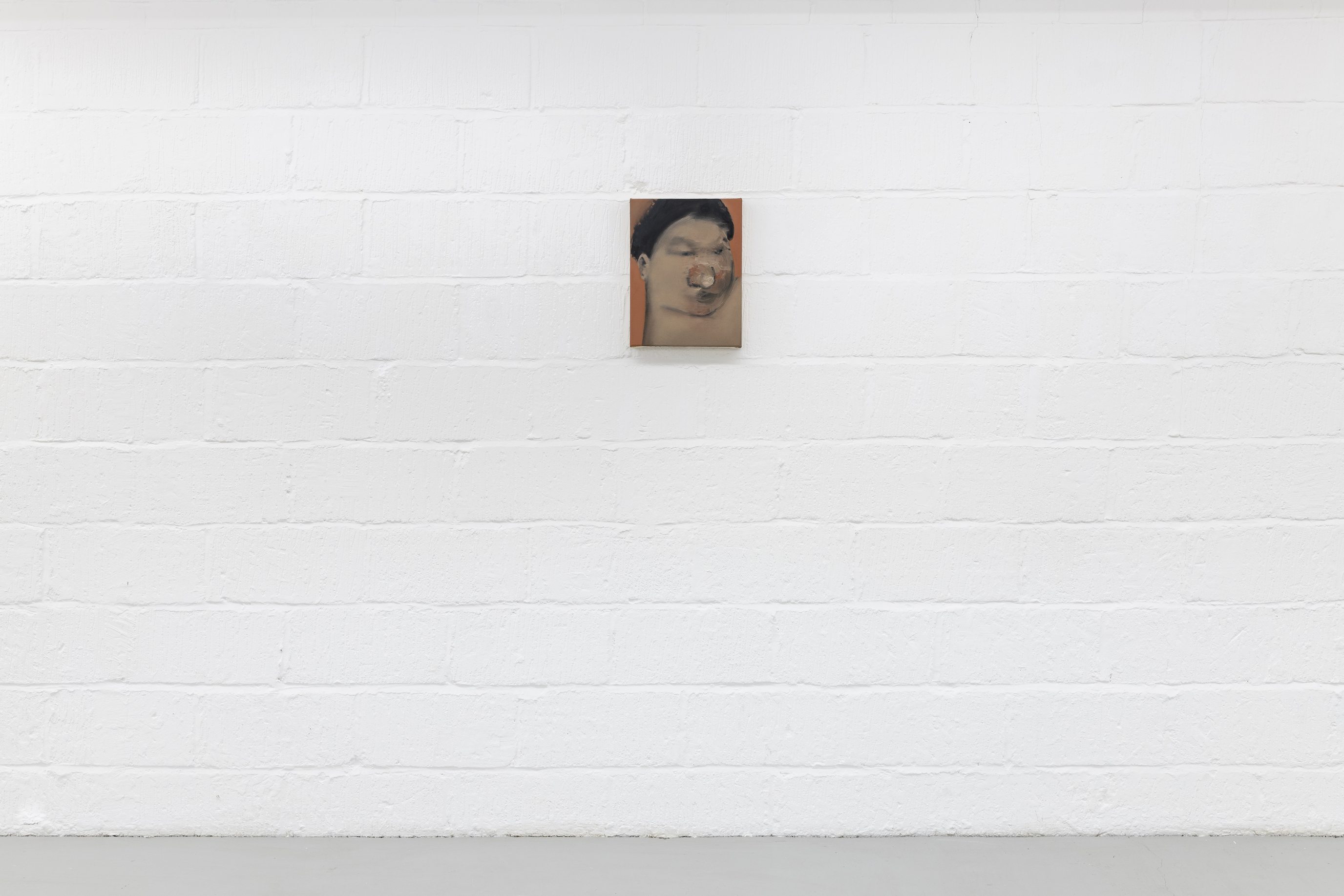 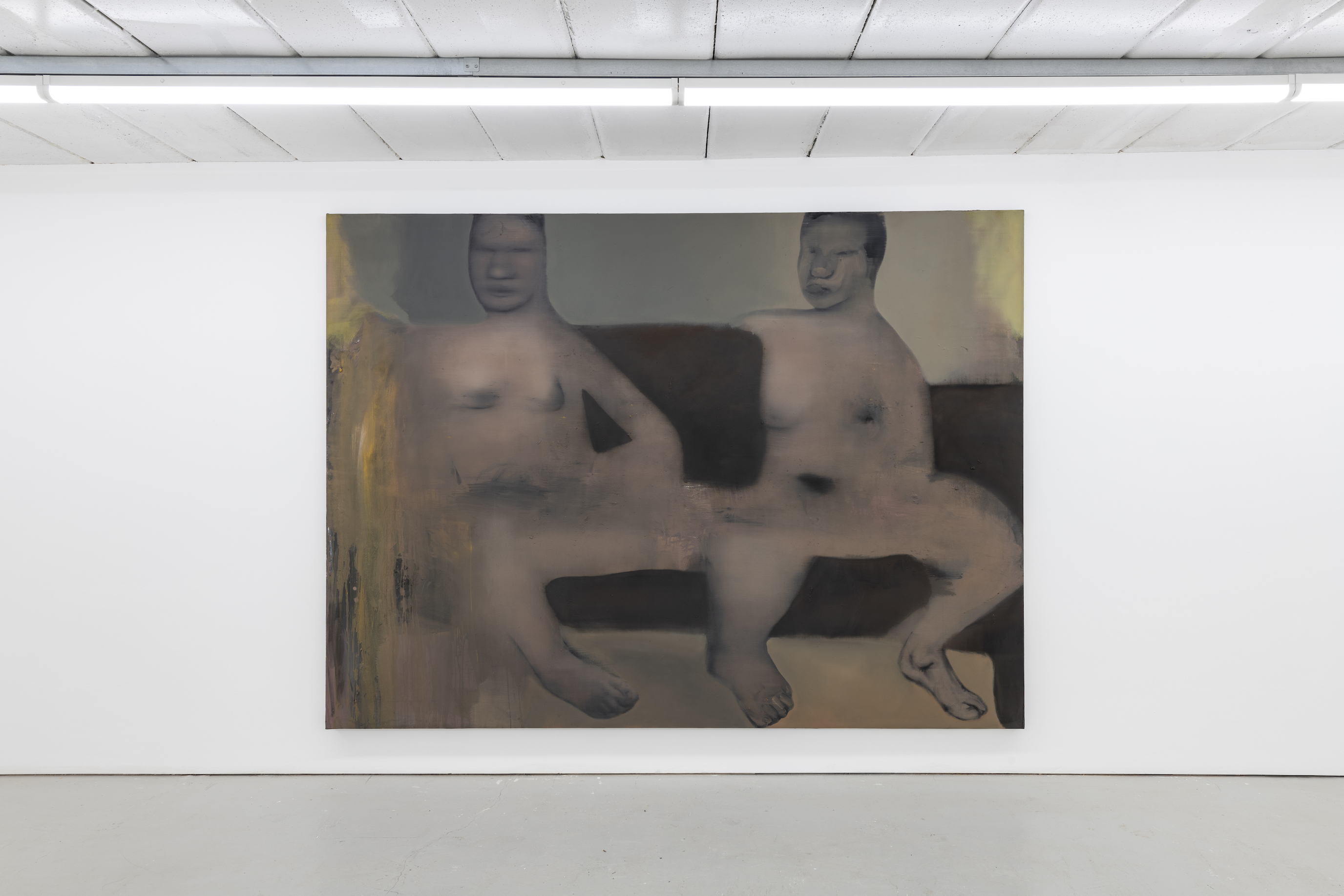 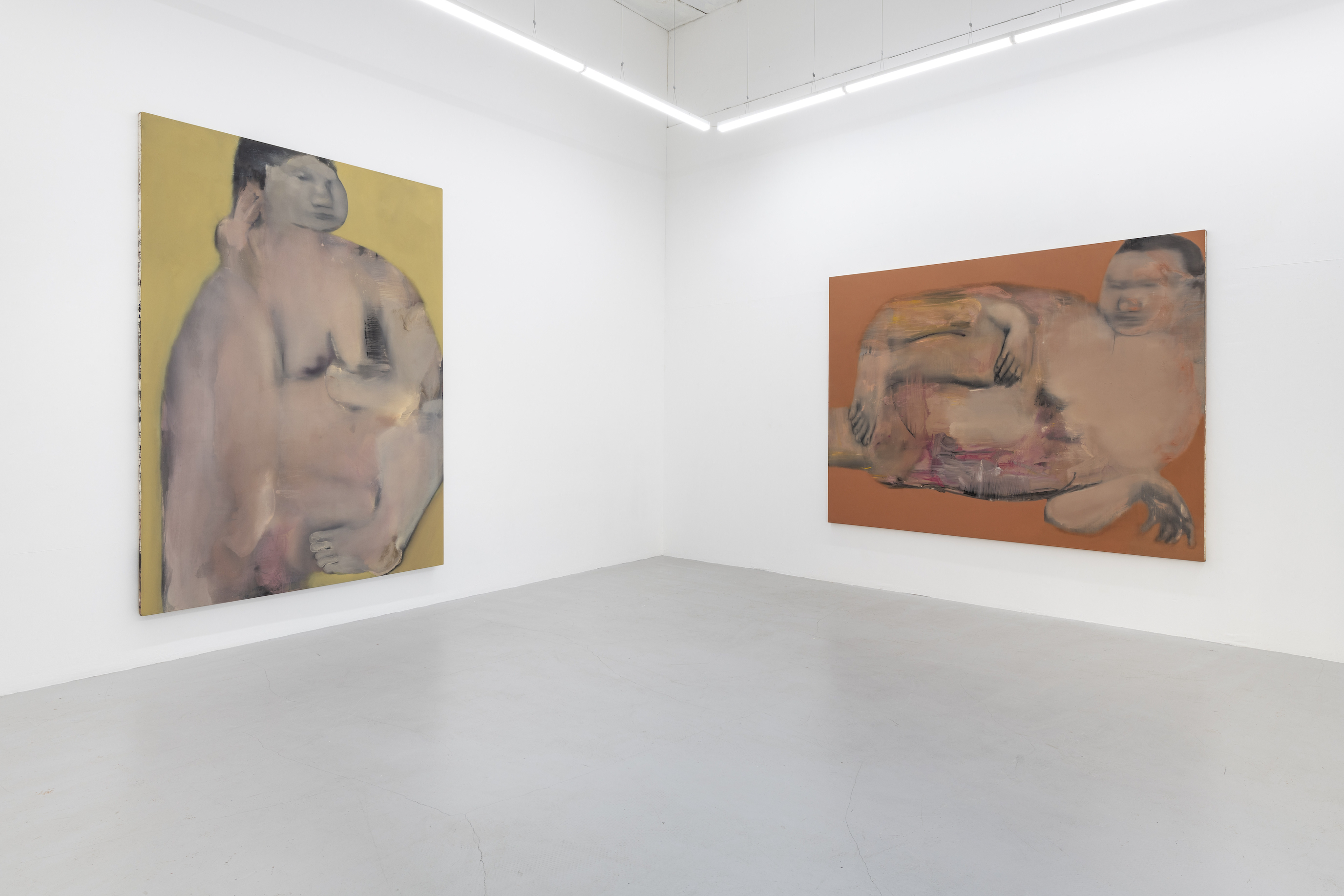 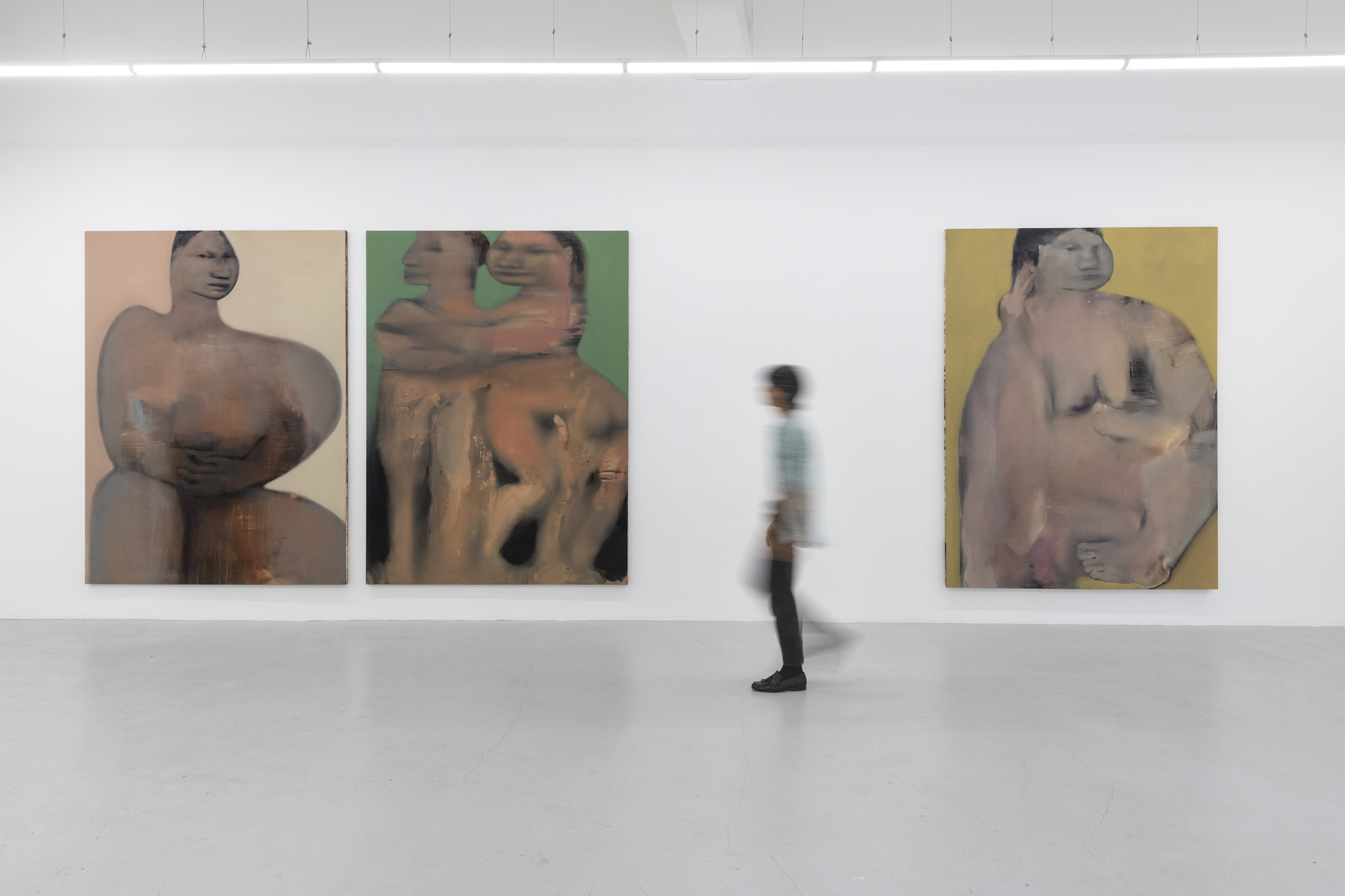 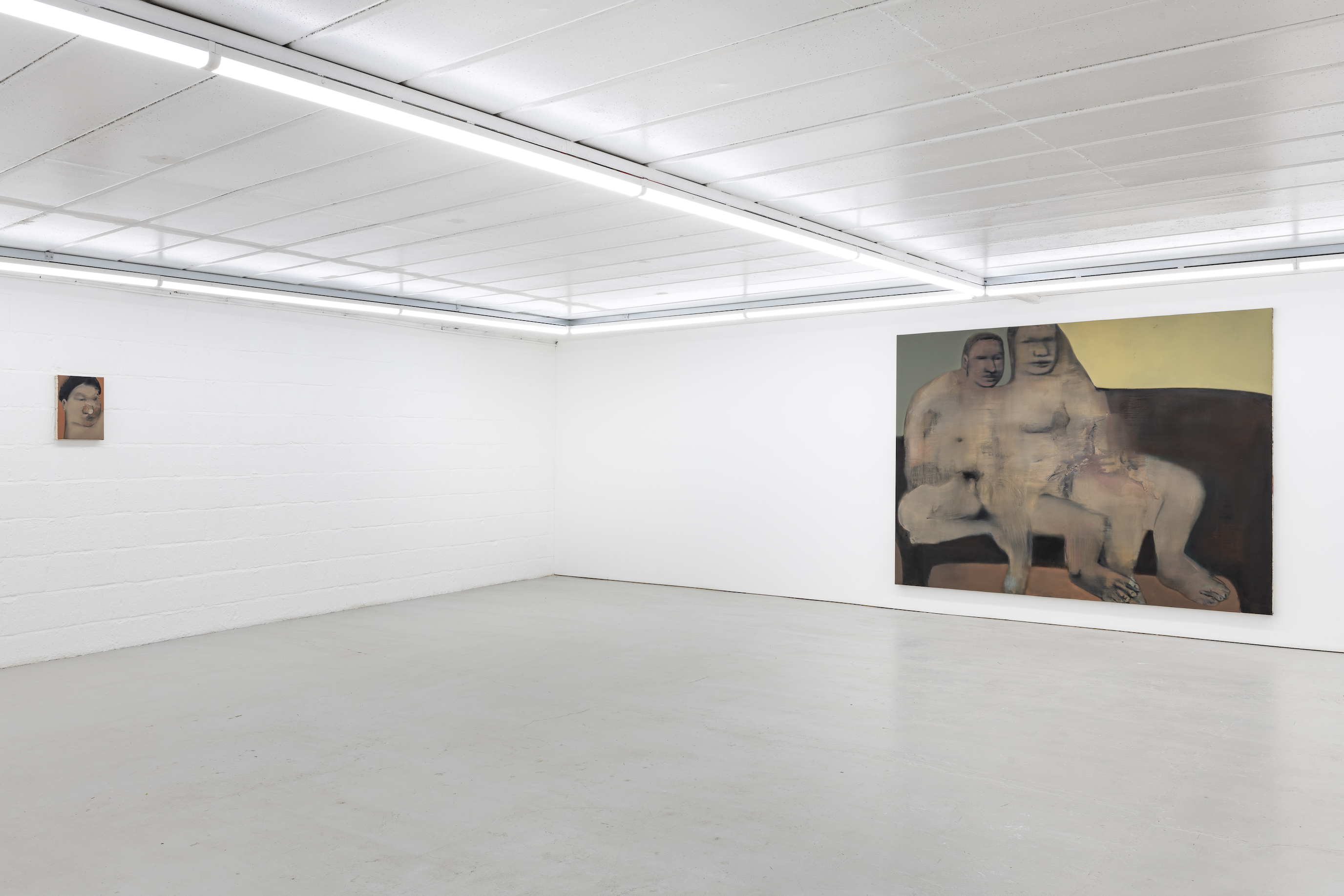