Hales is delighted to announce Conflux, a solo exhibition of historic works by Virginia Jaramillo (b. 1939, El Paso, Texas). Her third solo exhibition with the gallery features works made in New York City in the 1970s and early 1980s. Conflux will coincide with Jaramillo’s first solo museum show – Virginia Jaramillo: The Curvilinear Paintings, 1969 –1974 at the Menil Collection, Houston, Texas opening in Fall 2020.

In the paintings and natural linen fiber works exhibited in Conflux we see a break from the smooth, pristine surfaces of her curvilinear paintings which came before. Here, Jaramillo explores different techniques, experimenting with washes of paint, ground earth pigments and formulated linen fiber. Representing a period of great artistic freedom in her six-decade career, these pivotal works reflect Jaramillo’s meticulous way of working which continues throughout her oeuvre.

The exhibition title, Conflux suggests the confluence of ideas and the merging of two bodies of water. Both series are united by Jaramillo’s formal endeavor to make works that test the limits of physical possibility whilst maintaining structural integrity. In the Stained Paintings she makes the paint as thin as possible whilst creating deep visual space. In Foundations she uses strands of linen fiber – the thinnest material possible to make her relief works, in which she builds up thick areas and allows other areas to remain almost translucent. Akin to two streams of thought merging together, the works in Conflux are connected by water – from the poured, stained, pooling of layers of paint to the consolidation of soaked linen fibrous pulp and ground earth pigments.

In the exhibited Stained Paintings (circa 1975–79) Jaramillo challenged herself to pursue a new painterly technique. A more intuitive way of working, painting in semitransparent veils, rotating and tilting the canvas allowed for the paint to move freely. Each new layer would begin along the lines of where the underneath layer of paint had dried. Jaramillo likens the formation of shapes in the paintings to that of stacked stones of ancient sites, structurally holding each other up. Controlling her use of color, the Stained Paintings are exemplary of an early use of earth tones, reminiscent of scorched ground, mud, hazy heat and luscious fields. The embedding of color into the canvas creates deep, sensory space – the resulting experience transports the viewer beyond the painted surface, evoking cosmic or metaphysical planes of existence. In Jaramillo’s work multiple cosmologies exist, and the titles she assigns to the canvases take inspiration from Greek mythologies, pre-Hispanic and non-Western systems of organization. The title Thira references the volcanic Greek island, commonly known as Santorini. Altotron is a hybridization created by Jaramillo, rooted in the Greek suffix ‘tron’ meaning instrument or tool and ‘alto’ meaning high, to convey a higher state of being. Terra II referring to ‘another earth’ simultaneously evokes the ancient and futuristic.

The Foundations works from 1982 demonstrate a continued experimentation with material and process. This new way of working with natural linen fibers and earth pigments signals a creative breakthrough for Jaramillo, who until now had primarily been working with paint on canvas. Experimenting with processes of handmade paper making at the newly-founded Dieu Donné Paper Mill in New York City, Jaramillo began creating works that crossed the boundaries between painting and drawing, exploring watermarking as a means of drawing and structuring layers of linen pulp stained with earth pigments. In the 1970s the mill was located near her Spring Street studio in Soho and often she would book out the entire mill for weeks at a time to make these works. Multiple veils of linen pulp would be poured into molds, utilizing different methods to create raised surfaces and geometric lines. To achieve the subtlety of color in different areas of the work, Jaramillo strictly used earth pigments.

Underlying the works in Conflux is an understanding of space, surface and the organization of the world around us. Jaramillo’s work preserves a process of thinking about being and a questioning of what upholds meaning in life. In her ongoing investigations, Jaramillo looks to ancient cultures to discover what unifies us – drawing upon architecture and artefacts to see how past societies lived and believed. In abstract works, Jaramillo uniquely reveals these traces of humanity. The exhibition invites the viewer to contemplate and create their own interpretations and connections to the earth. In Jaramillo’s ethereal washes of paint and complex geometric compositions, the civilizations are long gone but the foundations remain. 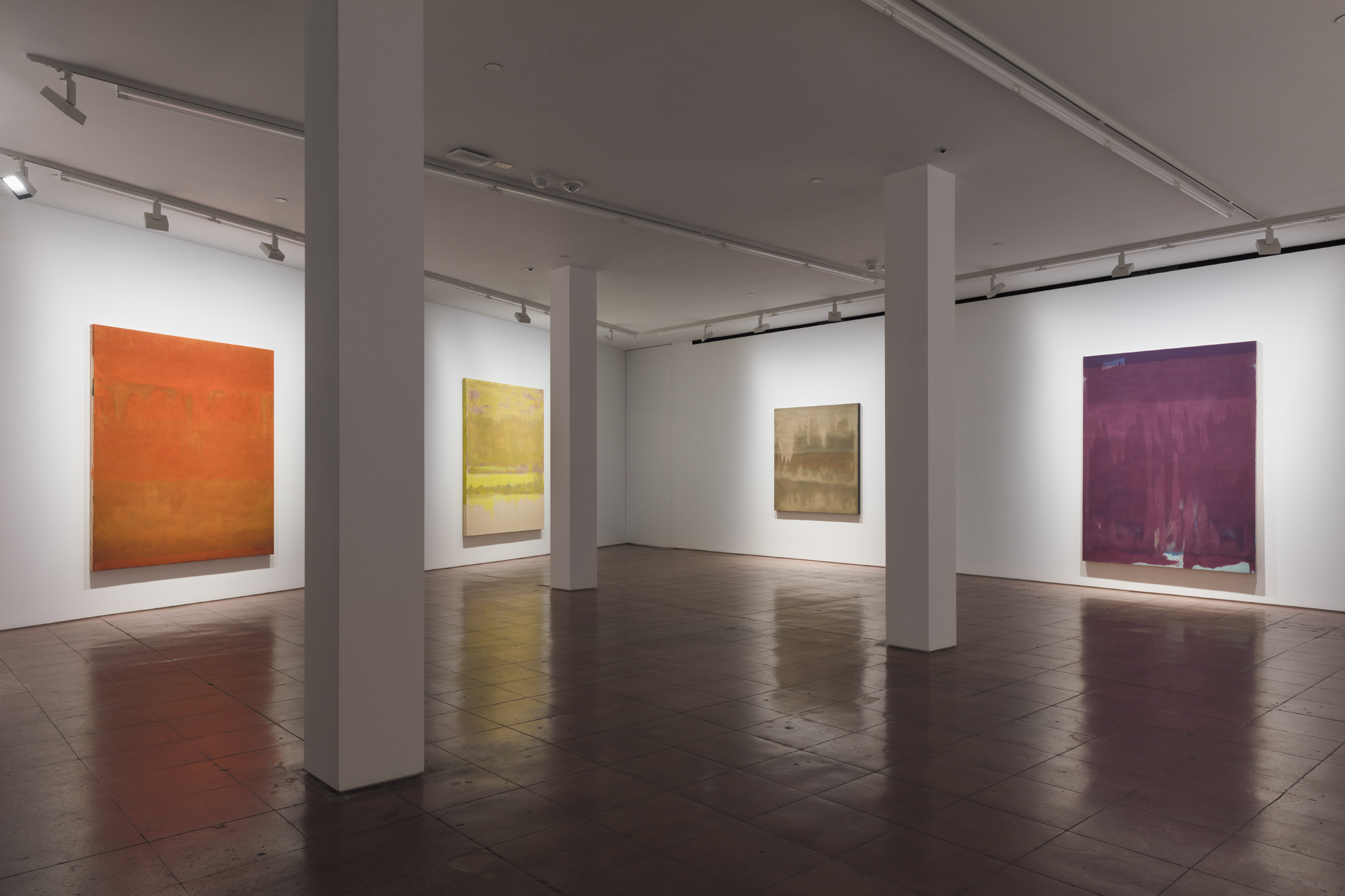 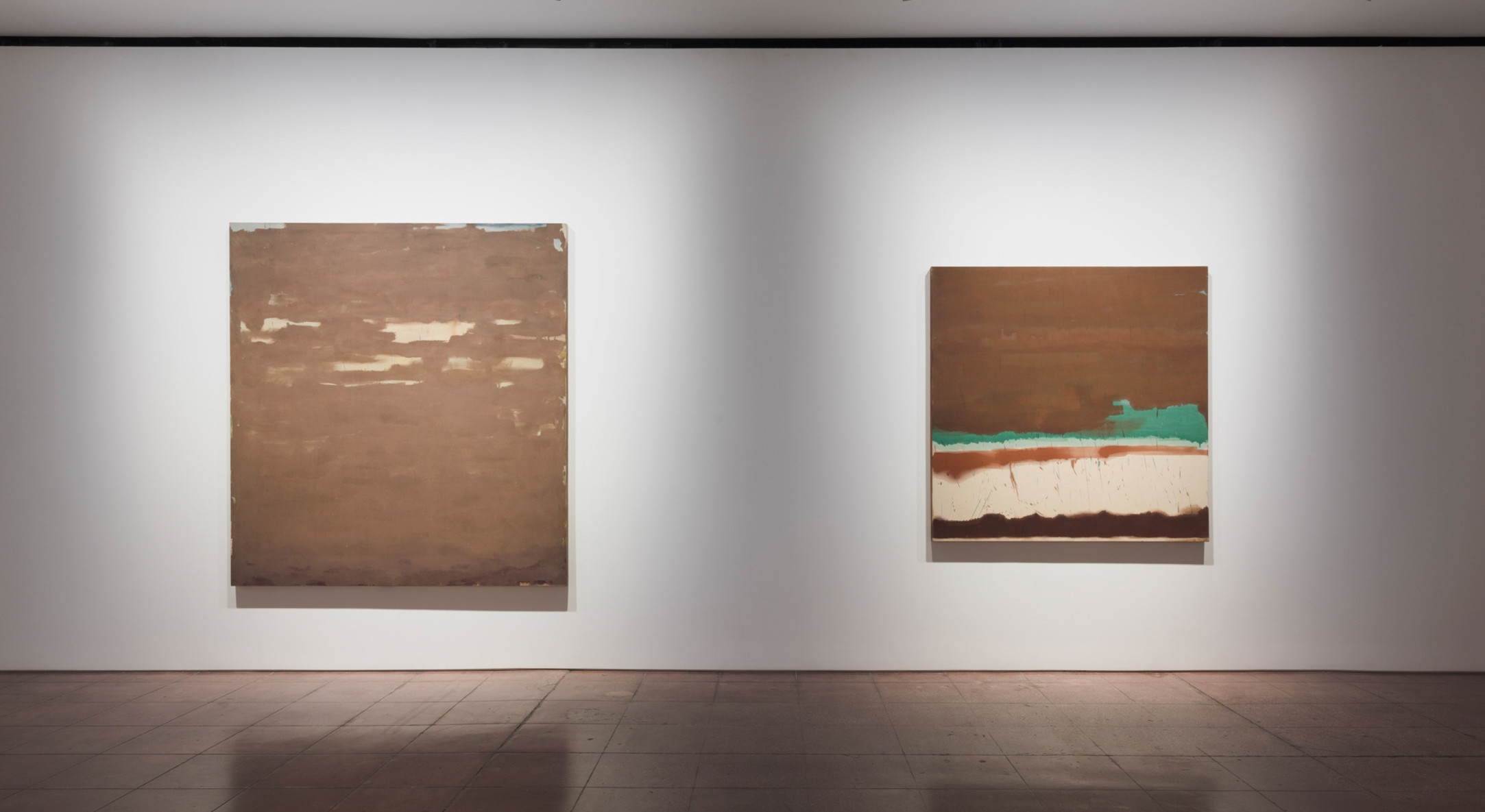 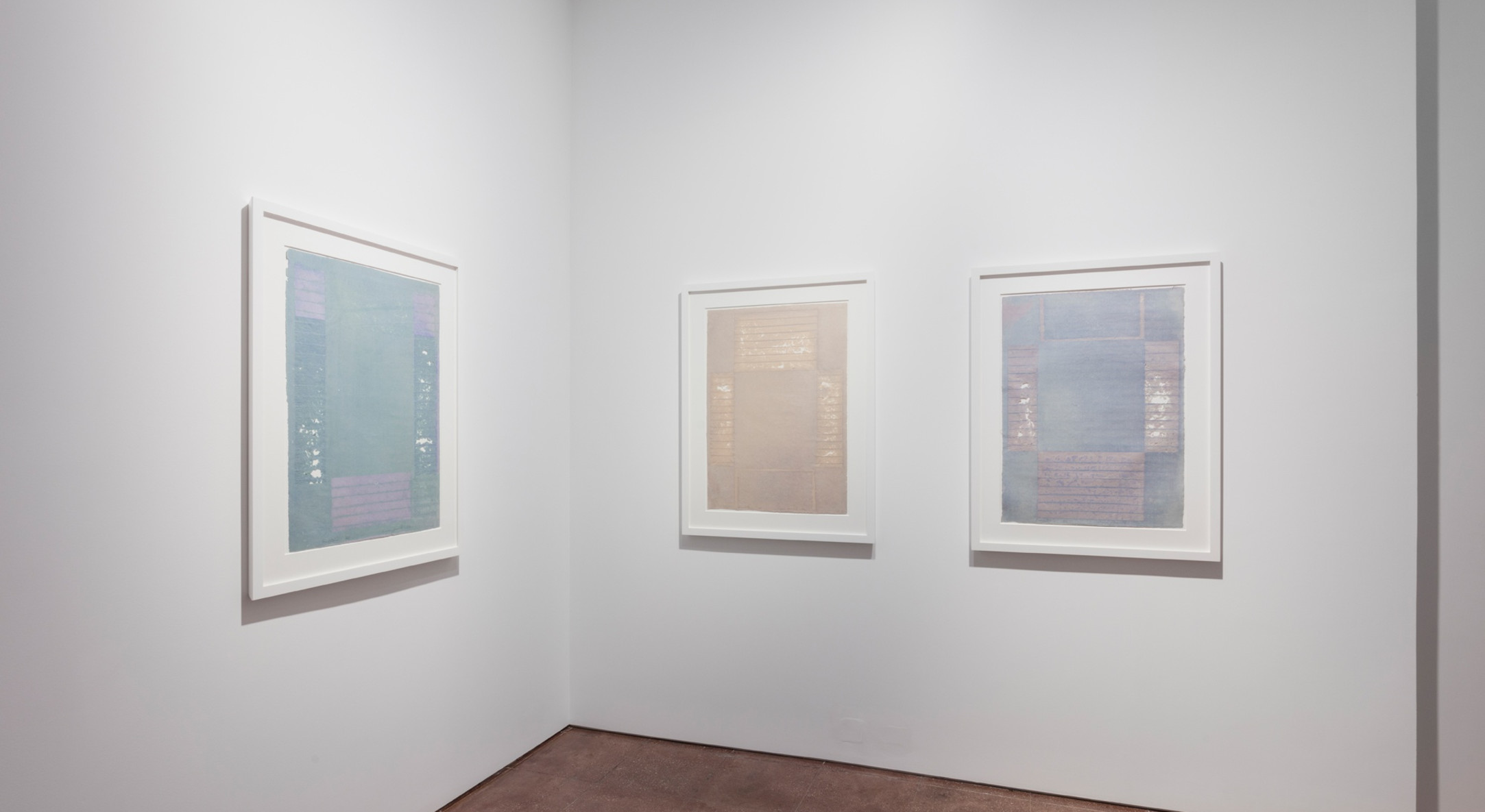 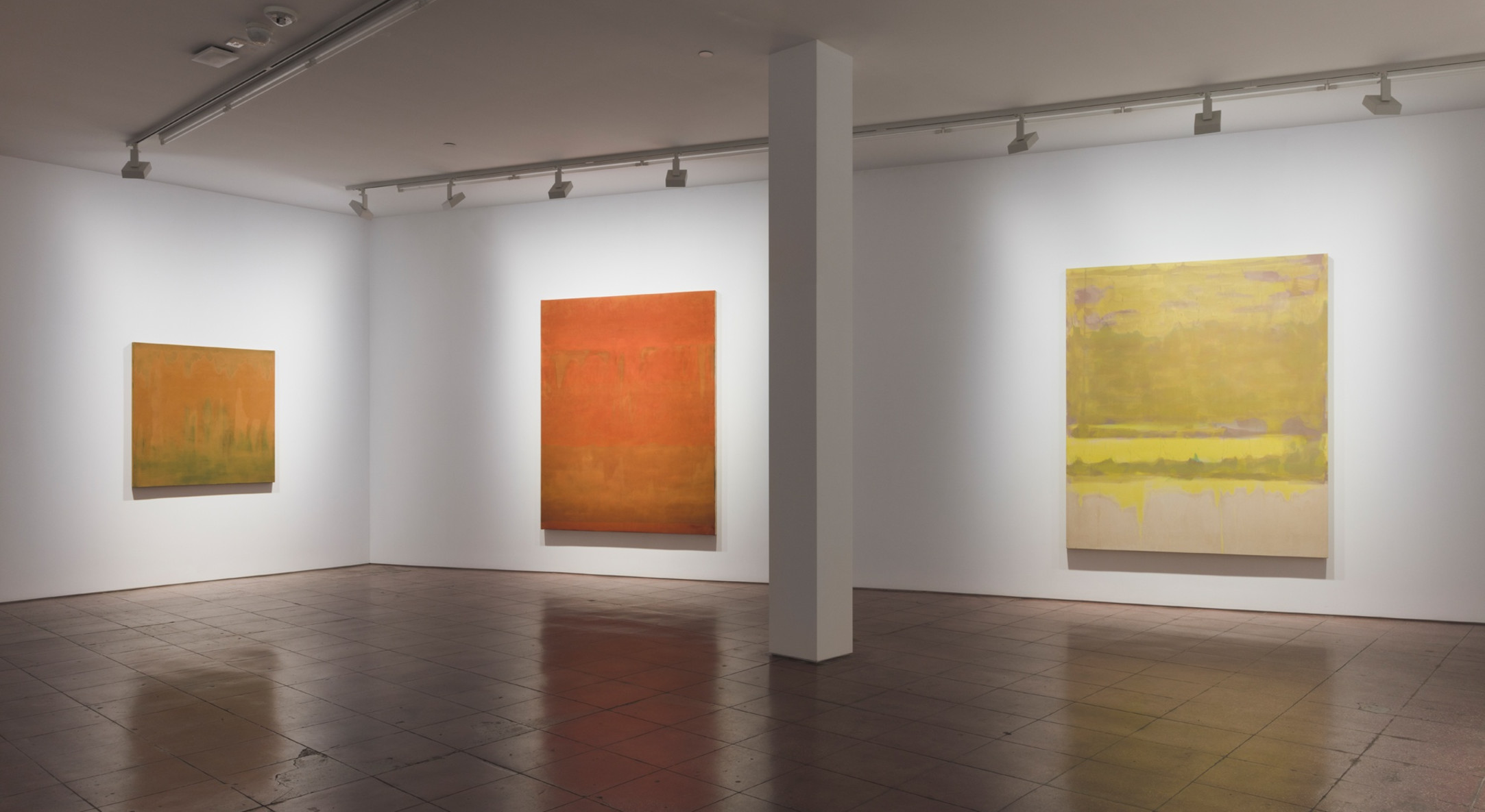 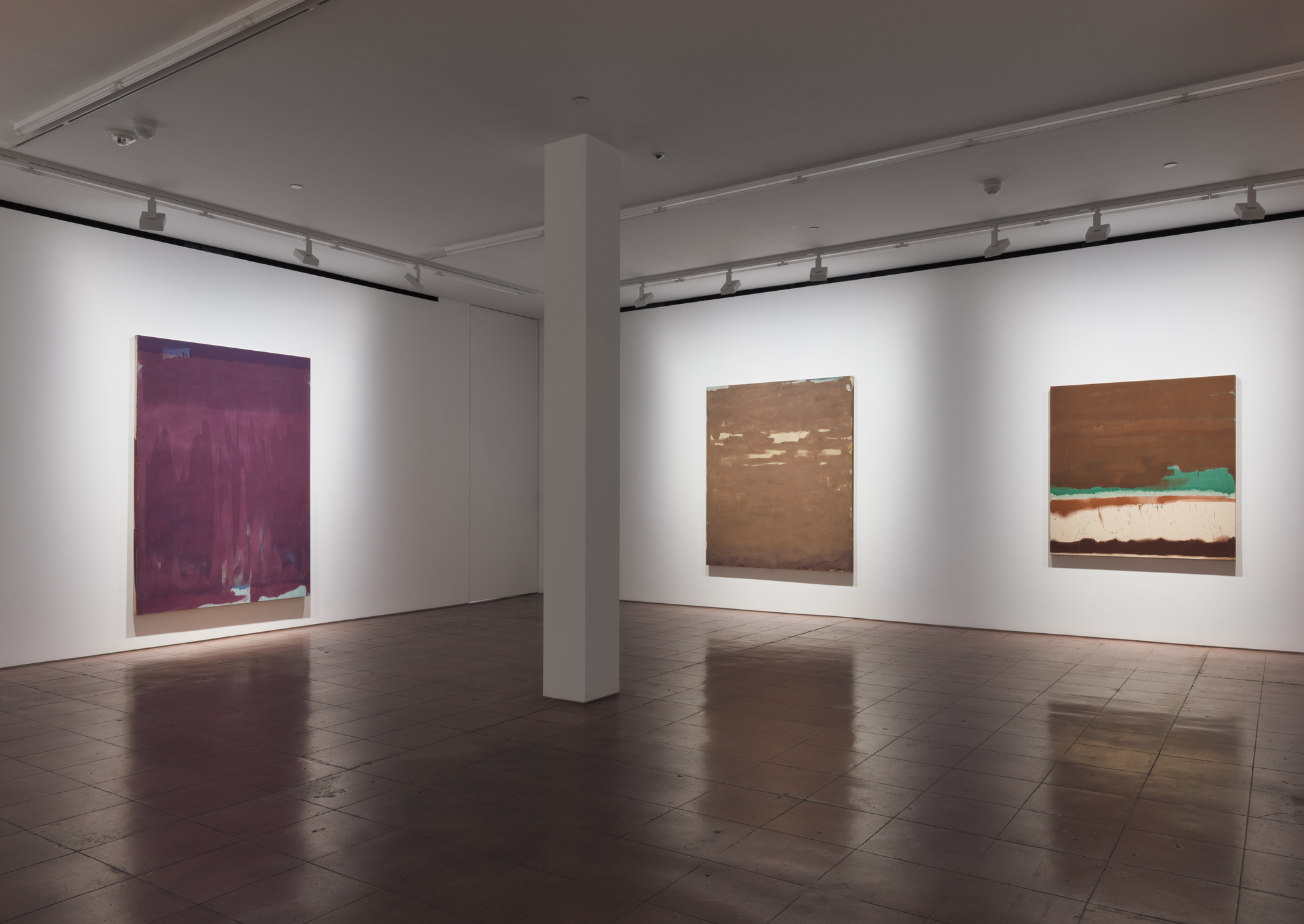 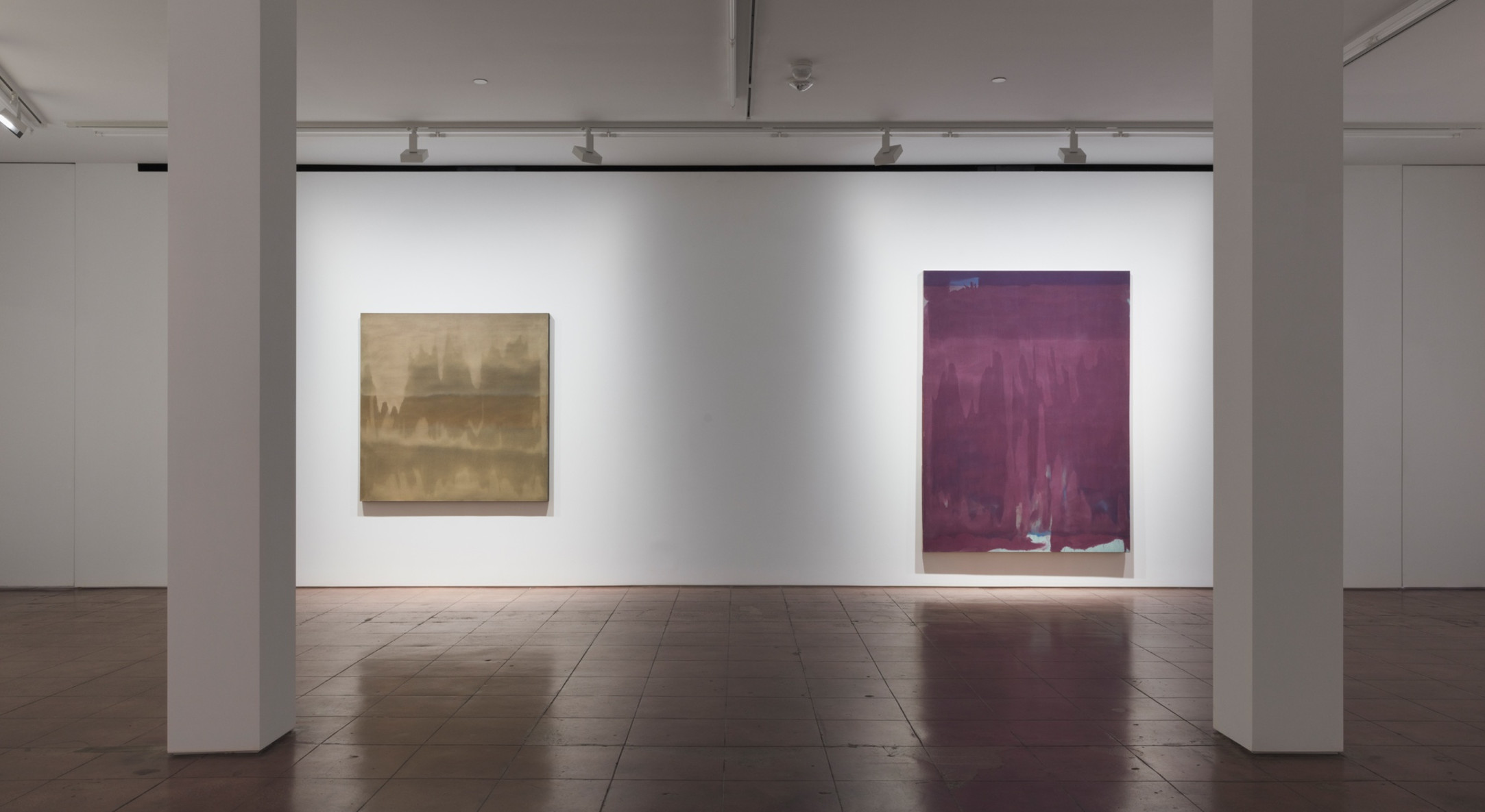 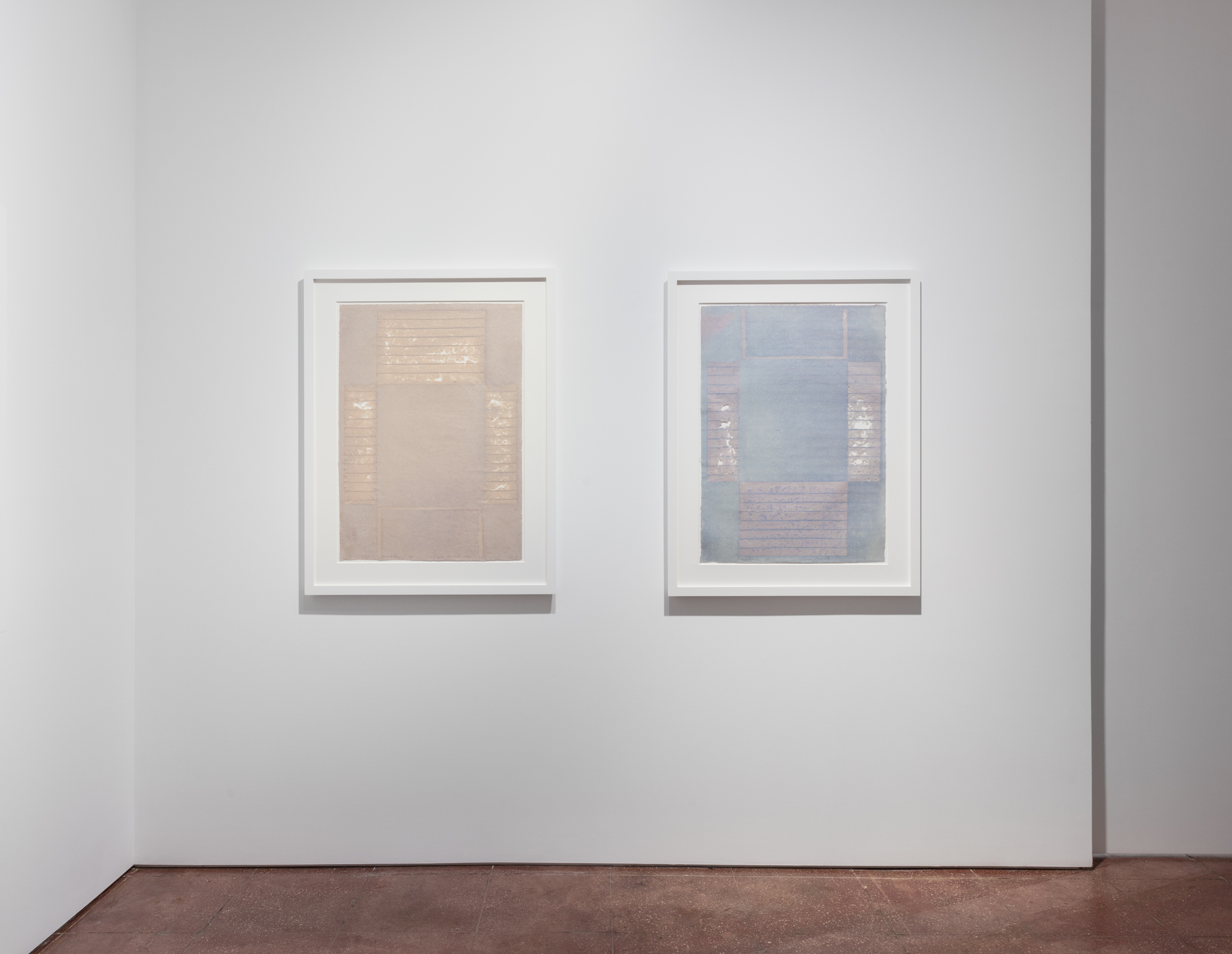 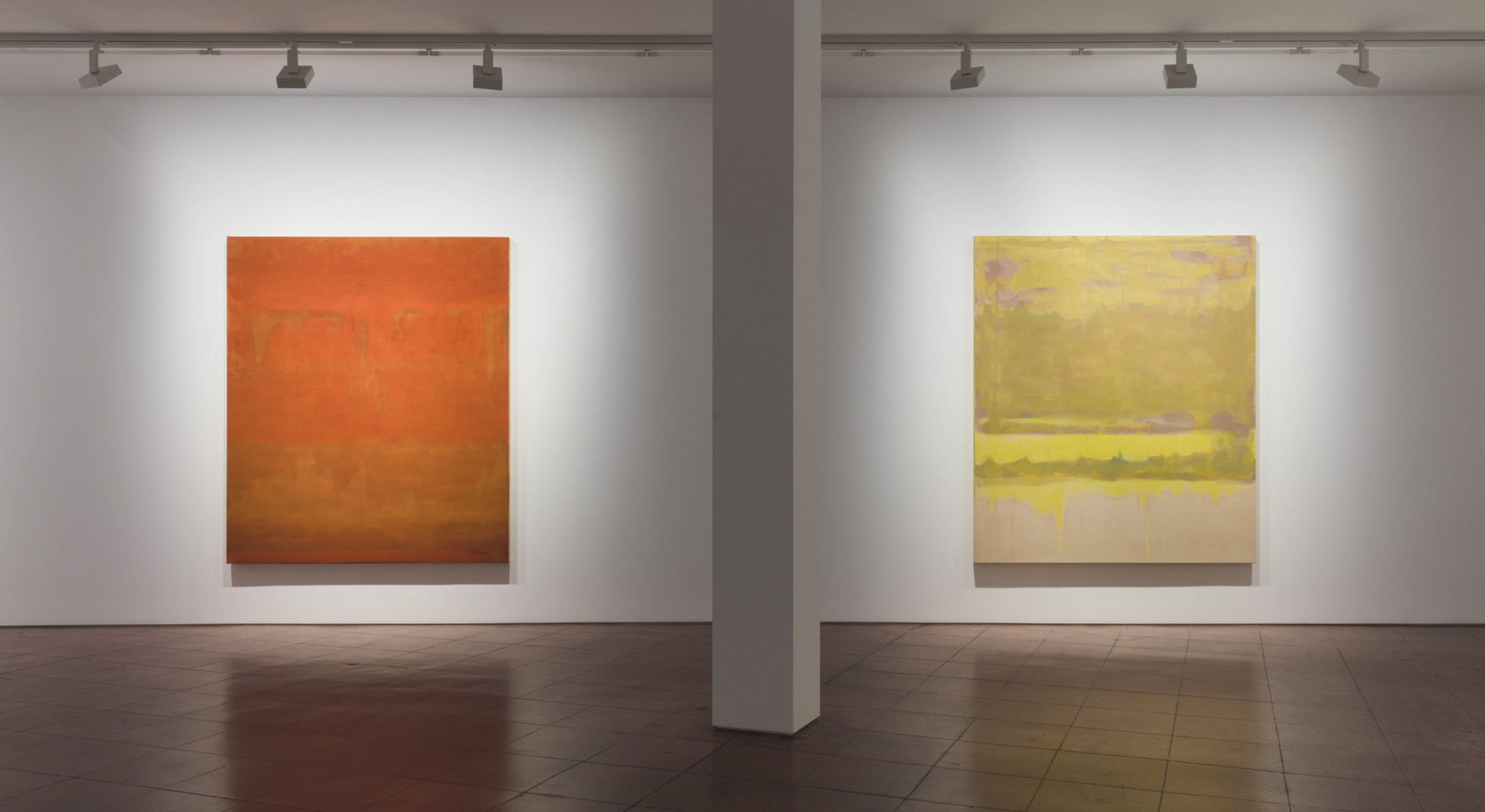