For her first solo exhibition at Neue Alte Brücke, Eliza Douglas presents five new paintings. These are installed upon prints on vinyl of digitally edited installation views of a large-scale exhibition at the Palais de Tokyo that Douglas was intimately involved in as a composer and performer.

Douglas first worked with t-shirts in her sculpture Pile, 2019, a throng of black graphic tees heaped directly on the gallery floor. Highlights from Douglas’s personal collection of t-shirts accumulated from street stalls and online marketplaces have since inspired a series of bright, untitled paintings that warp historical oppositions between high and low culture. Douglas photographs t-shirt graphics with her iPhone, meticulously producing hundreds of images to reach the right composition. The images are digitally contorted to simulate wringing, swirling or crumpling, and then rendered in oil on canvas by an ensemble of painters. While early artworks in the series featured only slight interventions, Douglas has increasingly amplified the distortions.

In using merchandise as source material, the works recall a tradition of recent painting discourse that reflexively addresses the commodity form. As well as examining art’s valorized status as property, the series considers its integration within everyday commercial products. In genres of performance such as heavy metal a genre that Douglas often turns to merchandise unambiguously supports live shows. By exploring a similar cultural logic within contemporary art, Douglas probes the entangled economies of objects and performance. In foregrounding their status as merchandise, the paintings question formal hierarchies within the artist’s wide-ranging practice as a performer, musician, model and painter. They point to a porous relationship between fine art and popular culture, the global character of which is emphasized by the network of outsourced technicians that the artist employs.

In a new development in Douglas’s work, the paintings are hung on vinyl mise-en-scène backdrops that cover some of the gallery’s walls. These derive from Anne Imhof’s exhibition “Natures Mortes,” which was on view through October 24 at the Palais de Tokyo. Douglas is a lead performer in this sprawling multimedia production, which extends through the entirety of the institution and features works by over 20 artists alongside objects by Douglas and Imhof, and has composed its score. The installation images on view have been retouched to remove artworks, the Palais de Tokyo’s interior vacated of all but the graffitied glass panes that Imhof transported to Paris from an abandoned office building in Turin. Douglas’s dislocating gesture situates Neue Alte Brücke in an expanded geography of postindustrial architectures repurposed for display, and further destabilizes the balance of power between artist and collaborator.

Linking the two series of works in this exhibition is Douglas’s interest in the slippages between performance and product in contemporary image flows. In The Expediency of Culture (2003), George Yudice describes performativity as a key framework for analyzing culture and politics in the present. With slick referentiality and modish humor, Douglas’s work traces the imperative to perform across various sites and media, as encapsulated by a bubbly Sailor Moon graphic or the instrumentalization of urban redevelopment as a material ground for painting. In the process, Douglas interrogates the shifting foundations of to borrow two loaded words from the vocabulary of fashion— style and agency 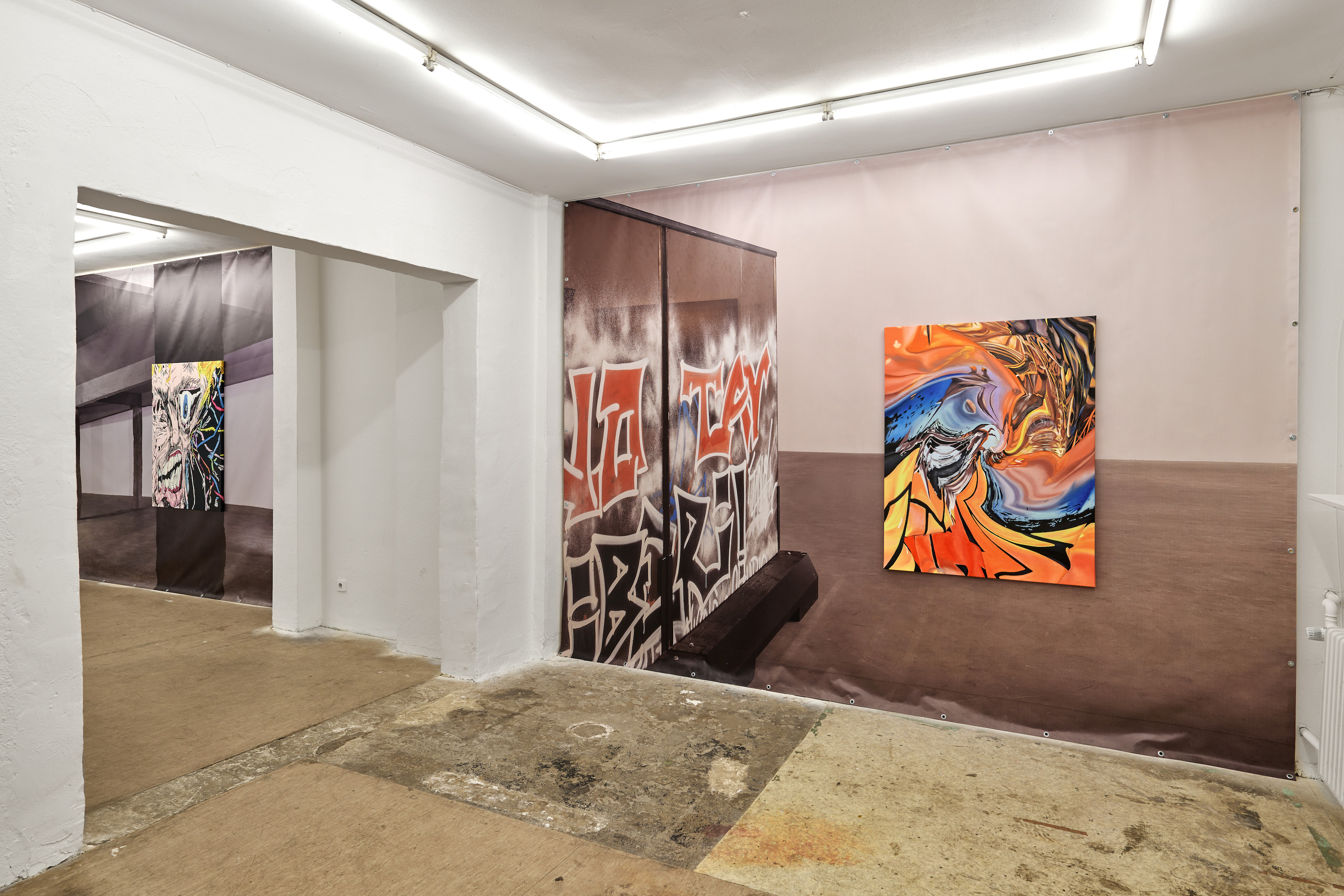 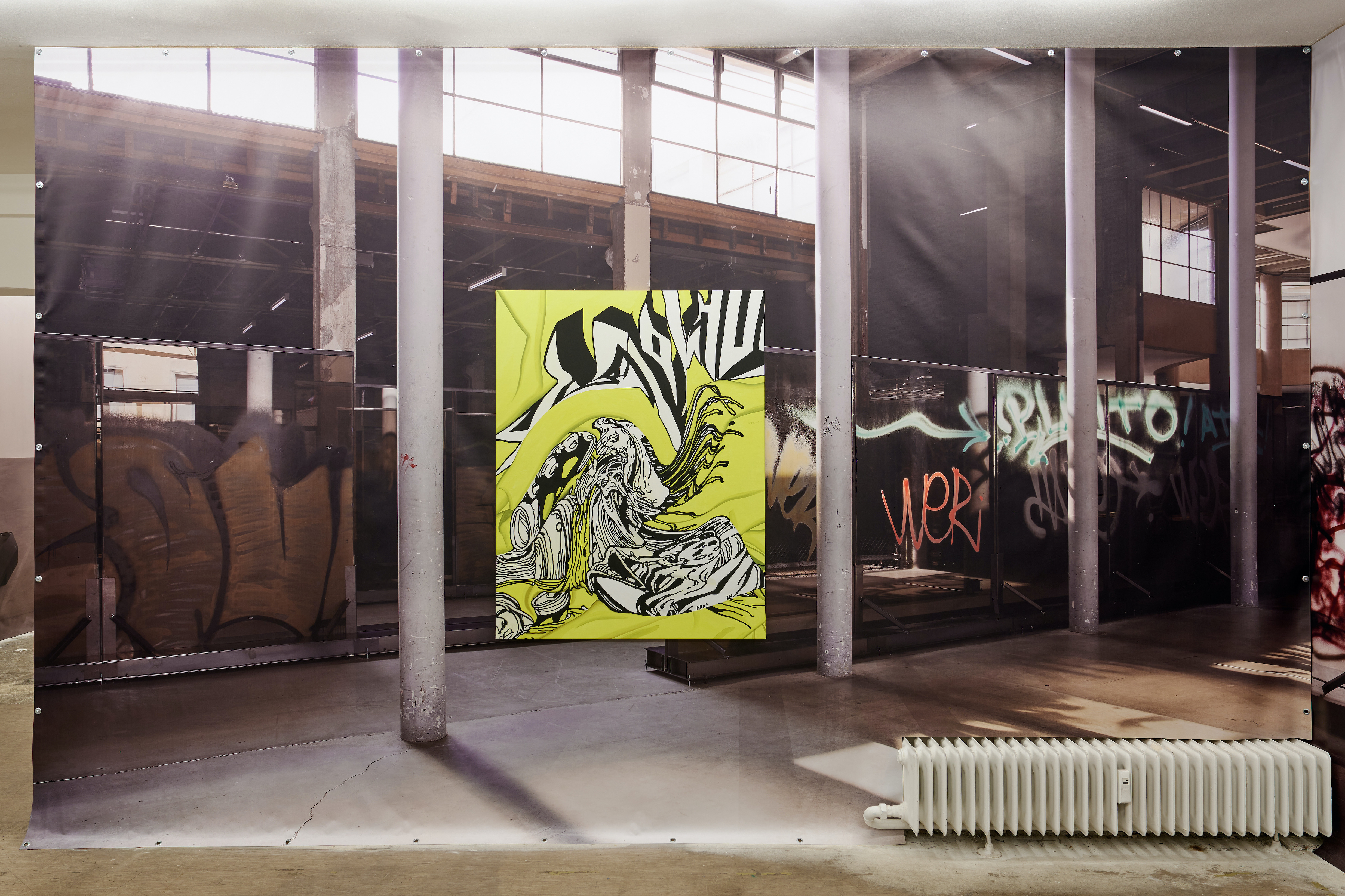 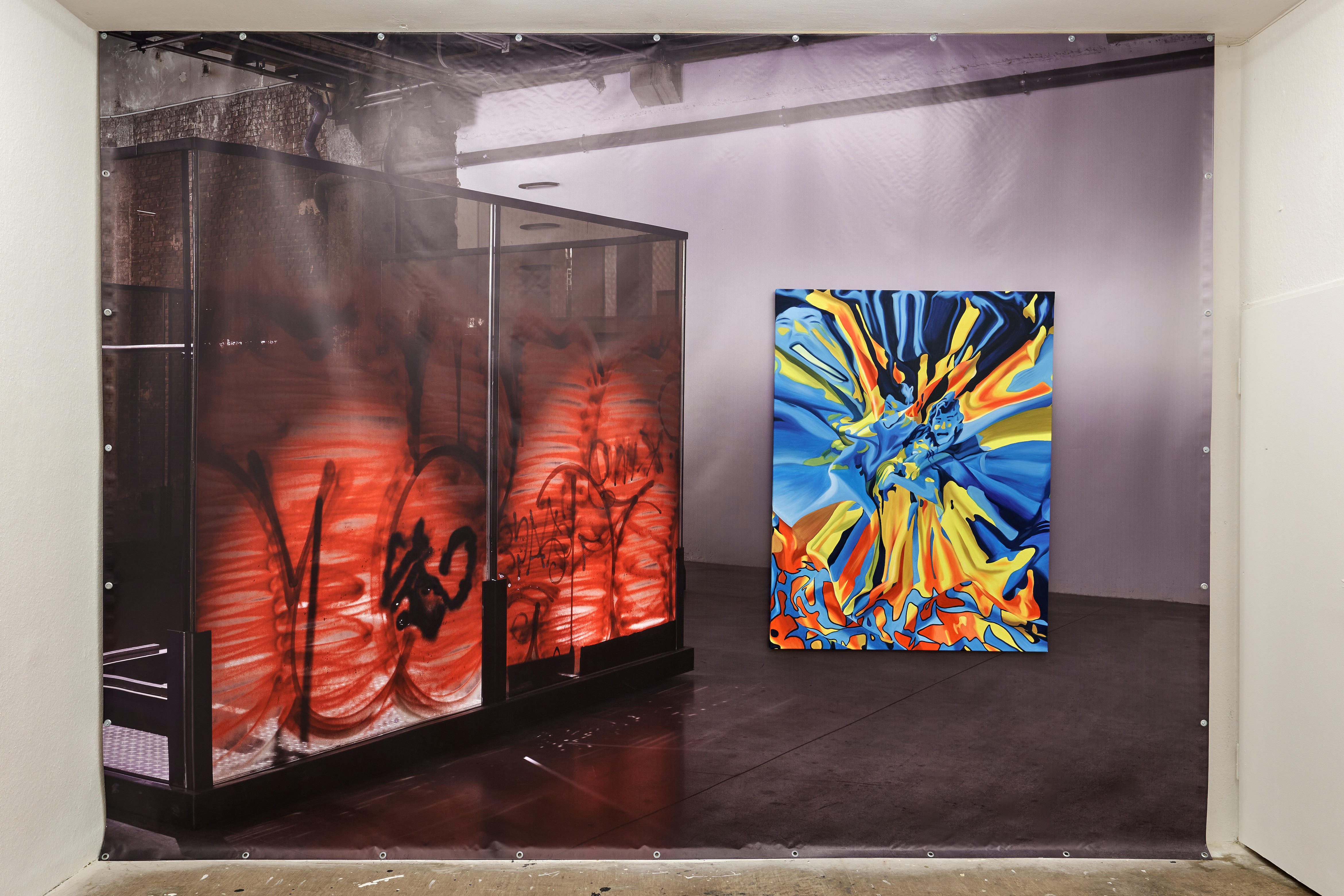 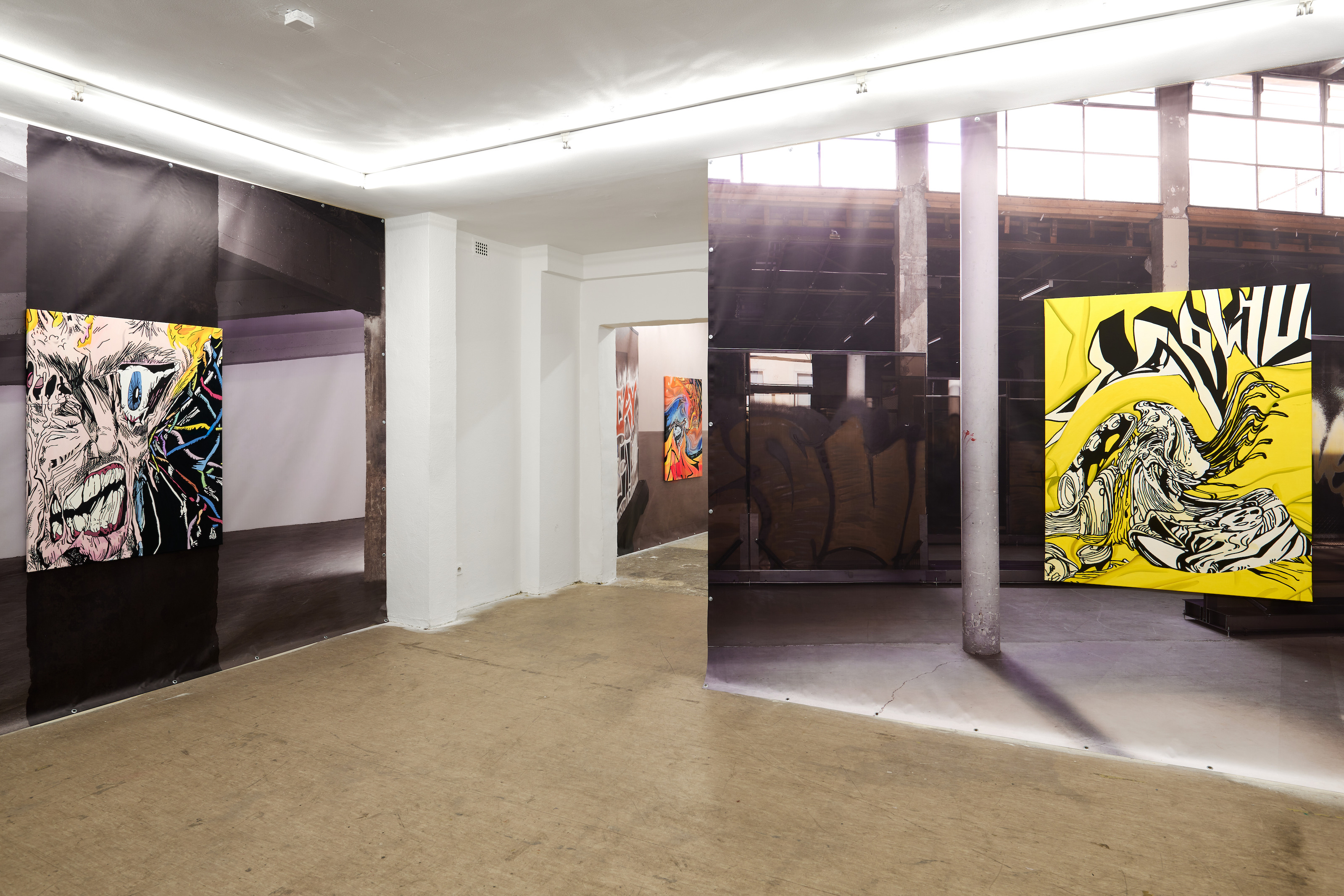 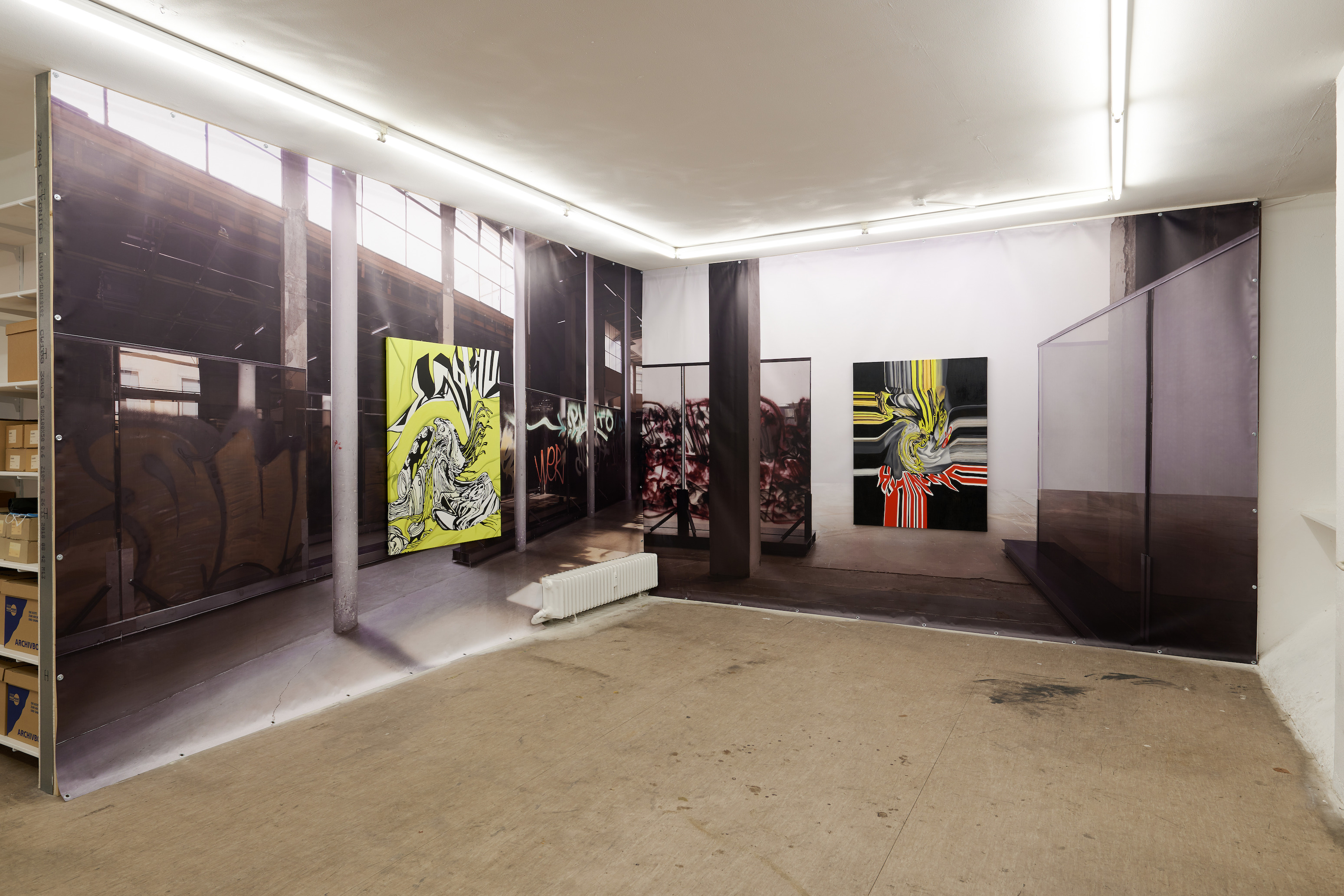 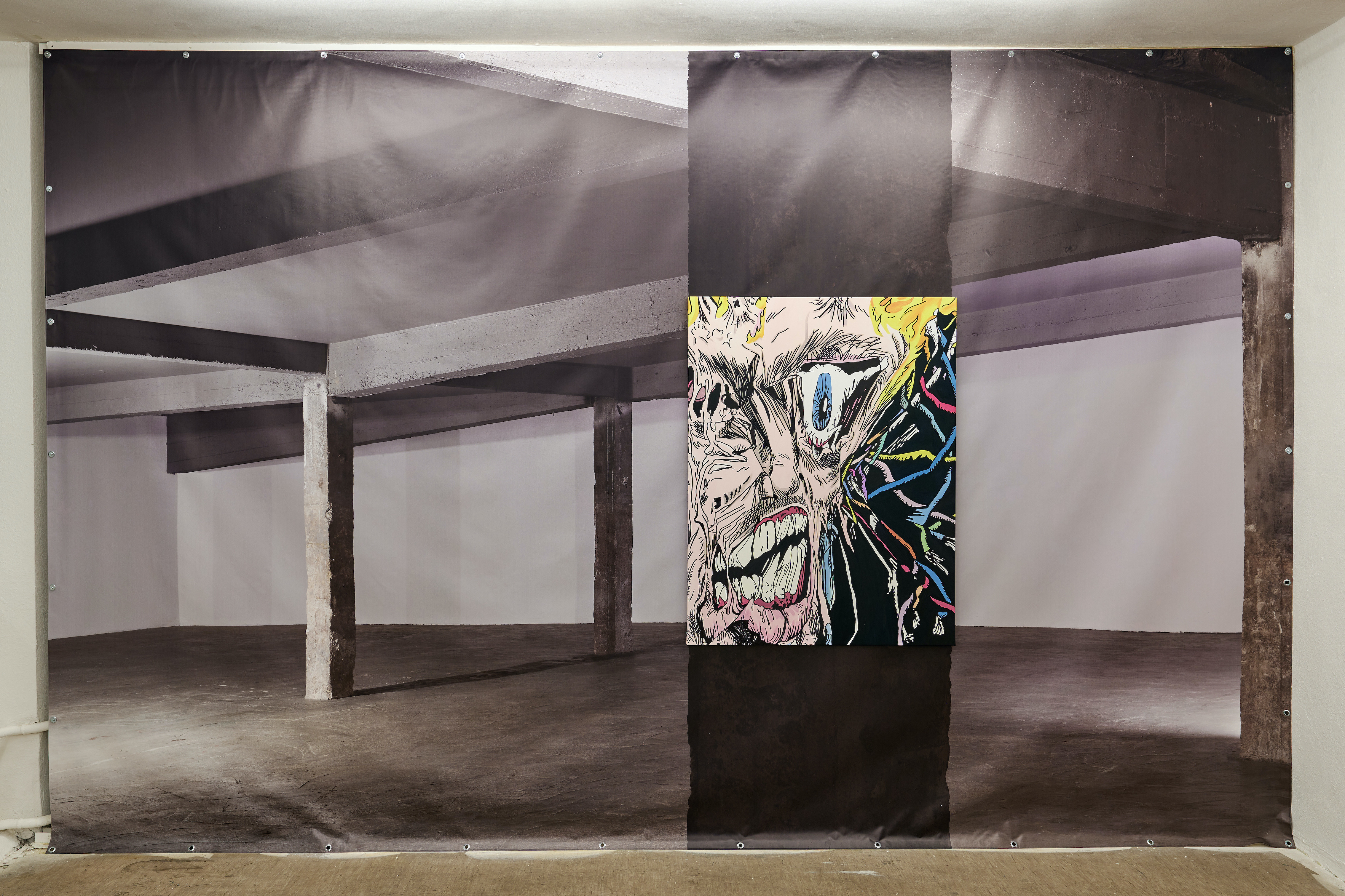 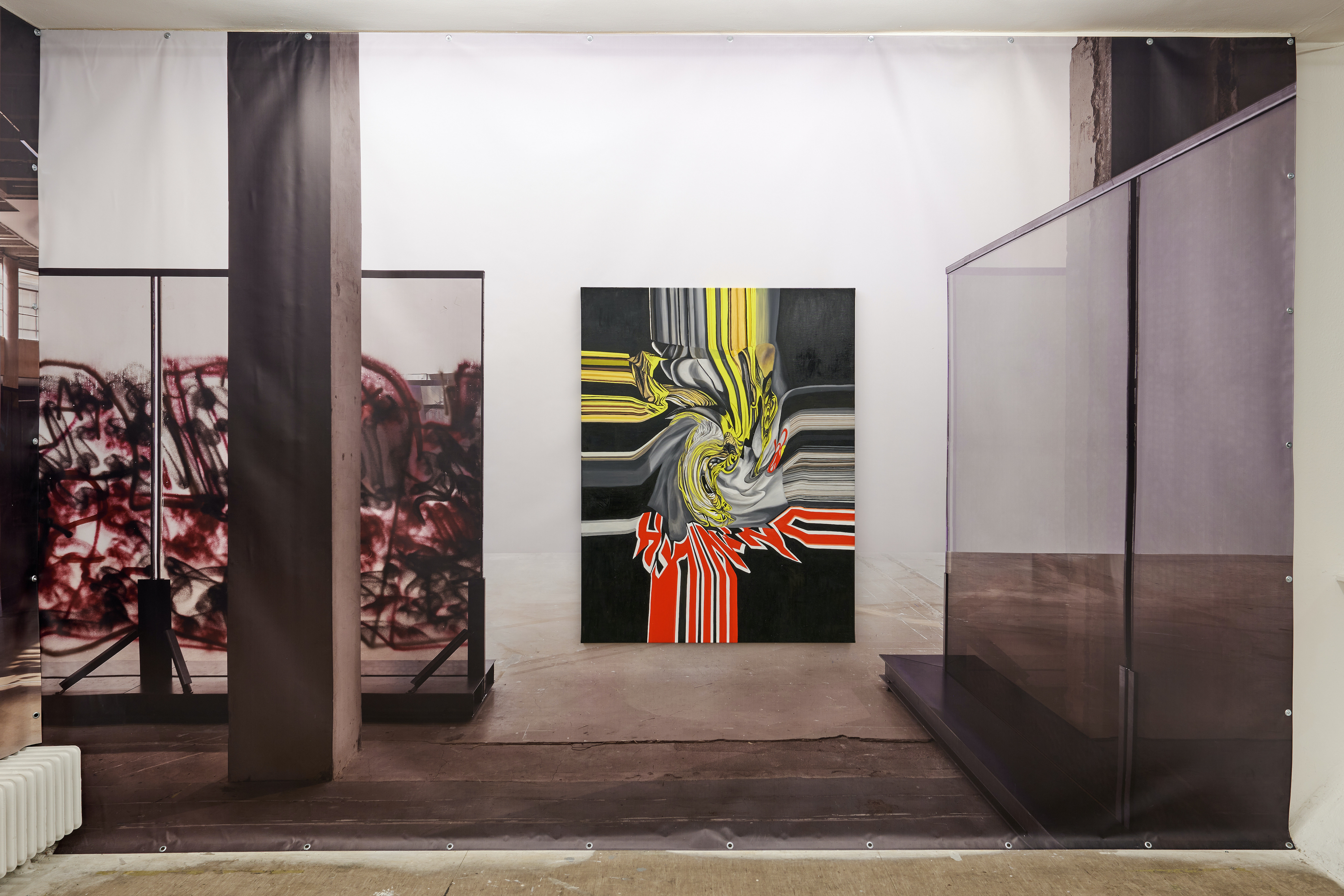 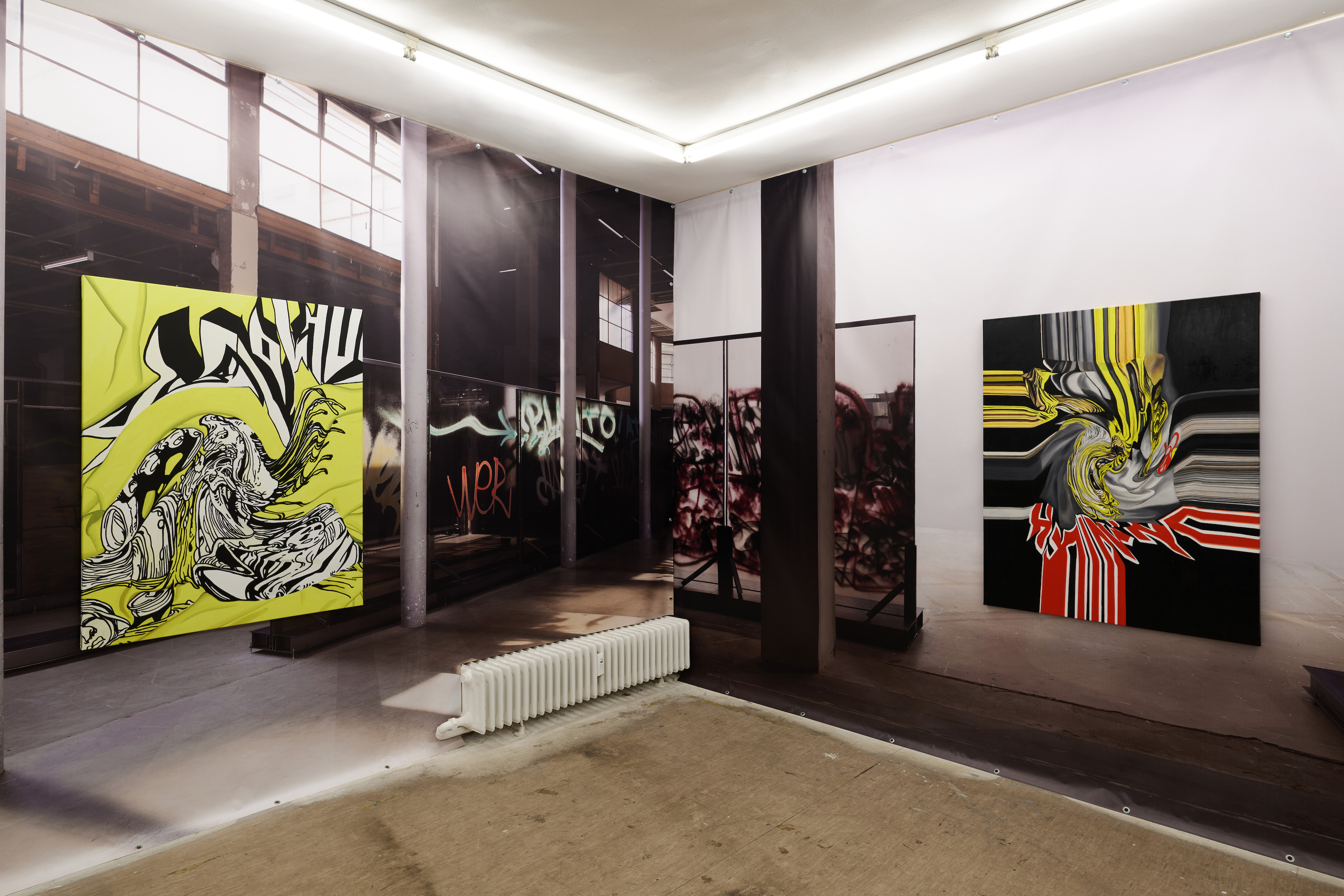