A cardboard box is a packaging system, often with double walls, that is lightweight, large, cheap and easy to store on Euro Pallets. Existing in various sizes, printed or blank, they presented themselves as handy building blocks to Charles Benjamin and Paul Ferens, as they set up an exhibition together years ago. Modular and binding, the boxes kept traveling with them, from their own exhibition space Neu Day in Berlin, to YYY.

Works in ‘Euro Neu Mode’ are spread around the gallery space like paint splatters, each to their own quality and aesthetics. Benjamin and Ferens shipped a large number of cardboard boxes and an almost equal amount of paintings to Antwerp. The latter all made in the course of the past six years. And another crate came in, holding a dozen collected paintings from flea markets. More than bringing in a history of their medium, alongside their own works, thoughts on modularity and moving pieces are reflected in every aspect of the exhibition, however loud or subtle. T-shirt (Trousers) and Trousers (T-shirt), as well as Pallet Cleanser have metal handles and are designed for visitors to carry around the exhibition. The canvasses tightly hug the wooden structure and are —as often in Benjamin’s work— a playful take on the medium’s inherent qualities and inadequacies.

Mixed with the simple, yet oddly accented (find the little cloth patches, a coin and the details in Benjamin’s work) — are Medieval gateways; be it a heavy castle door or sneaking in skulls. Ferens’ work seems to reinterpret the weight of our visual history. Helping to put the works in place, I expected a depiction of death to weigh nothing, and the large wooden door, to be un-liftable.

The show pushes together all these histories of looking and makes you think about what’s good, what’s bad, (what’s ugly). It’s a tower of threaded and unrooted readings of a classical medium’s ceaseless attempts. 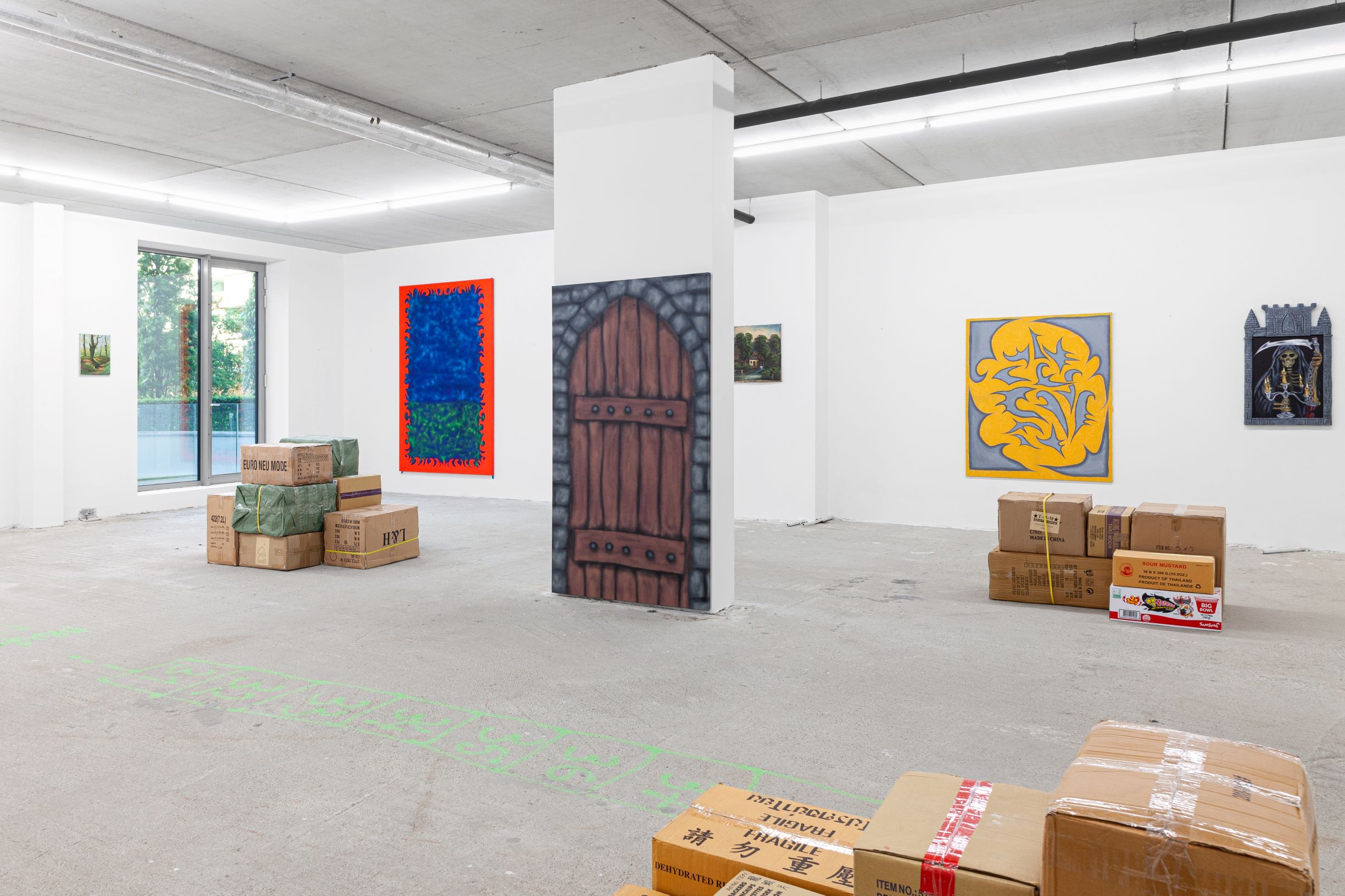 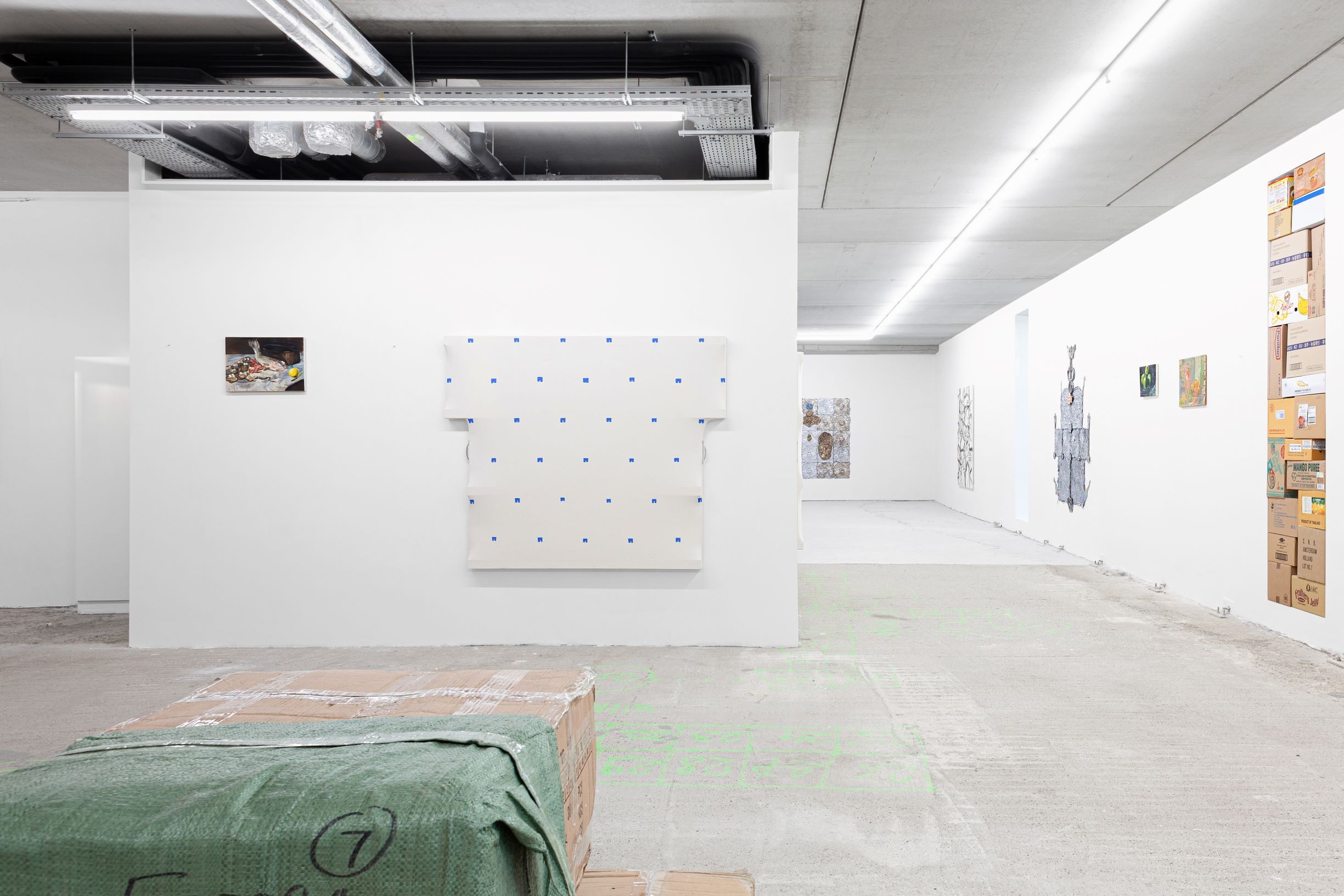 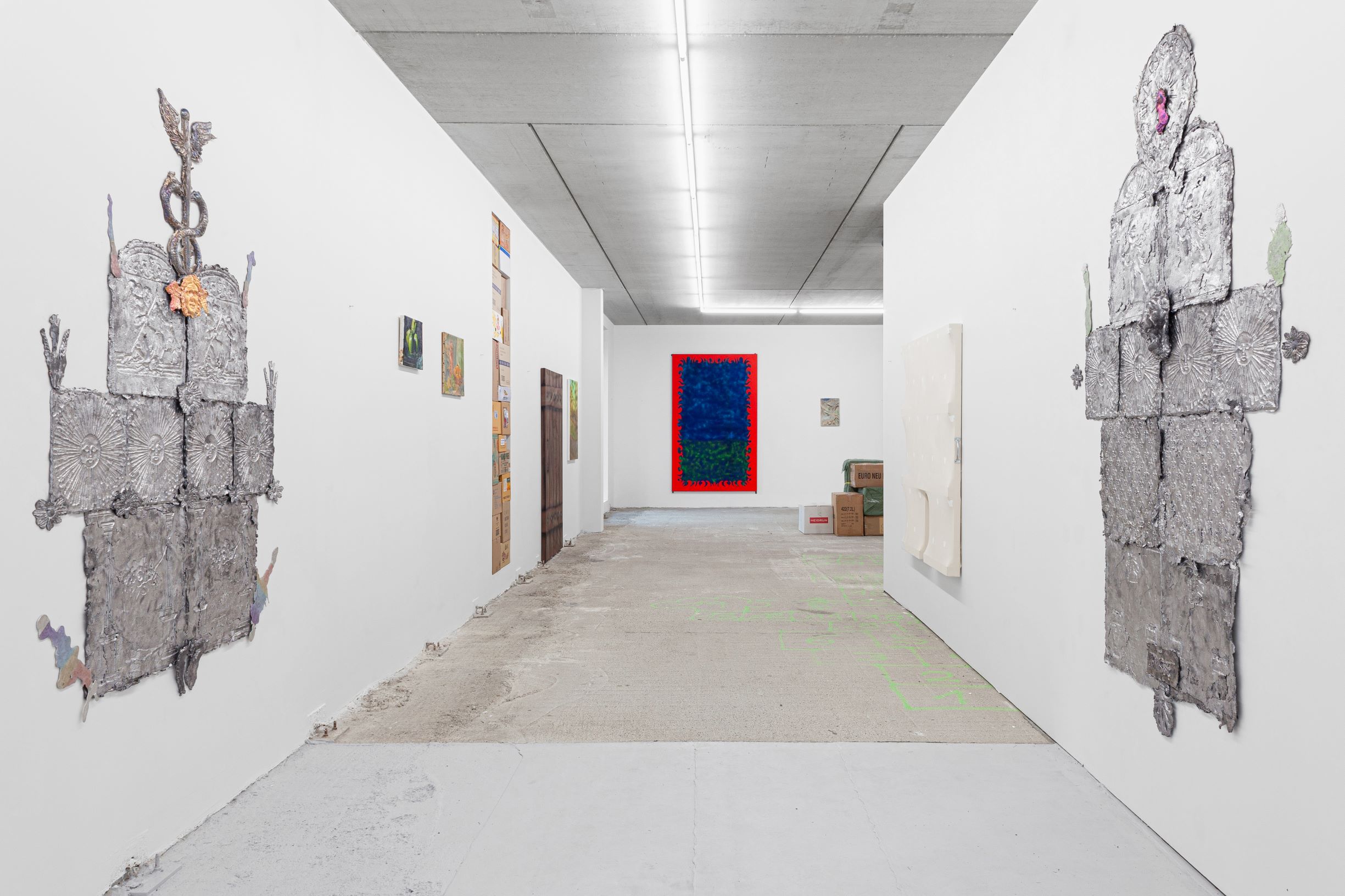 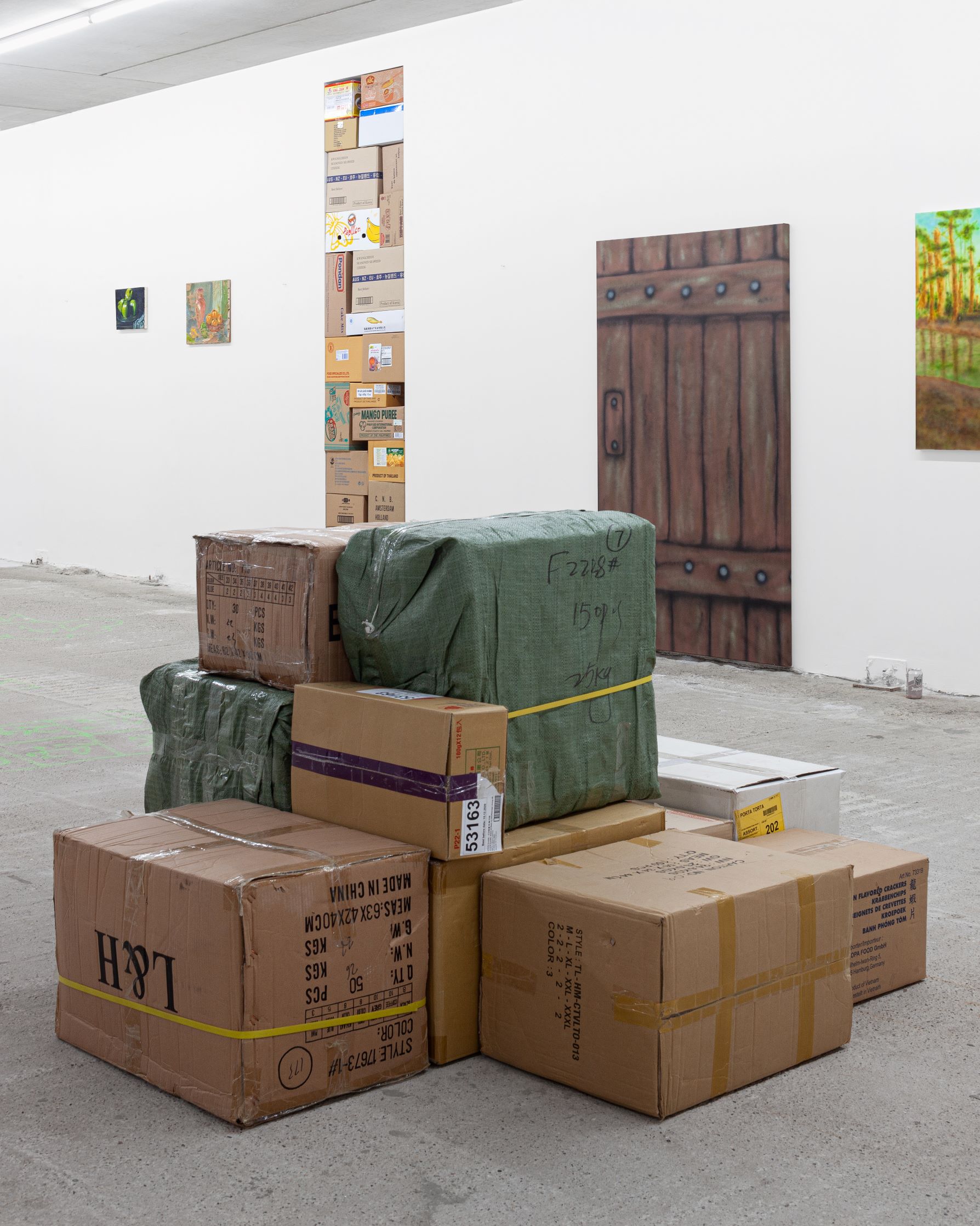 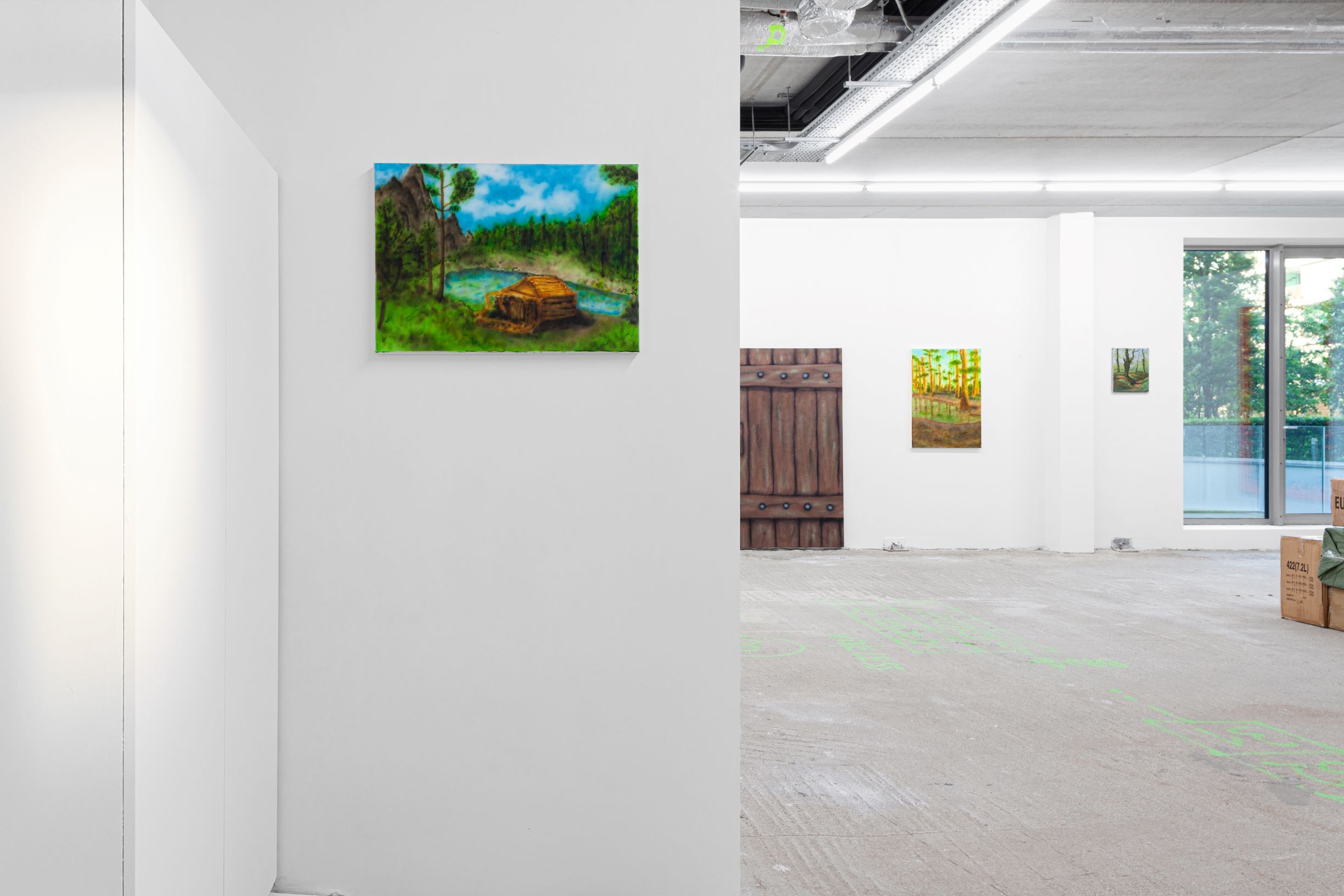 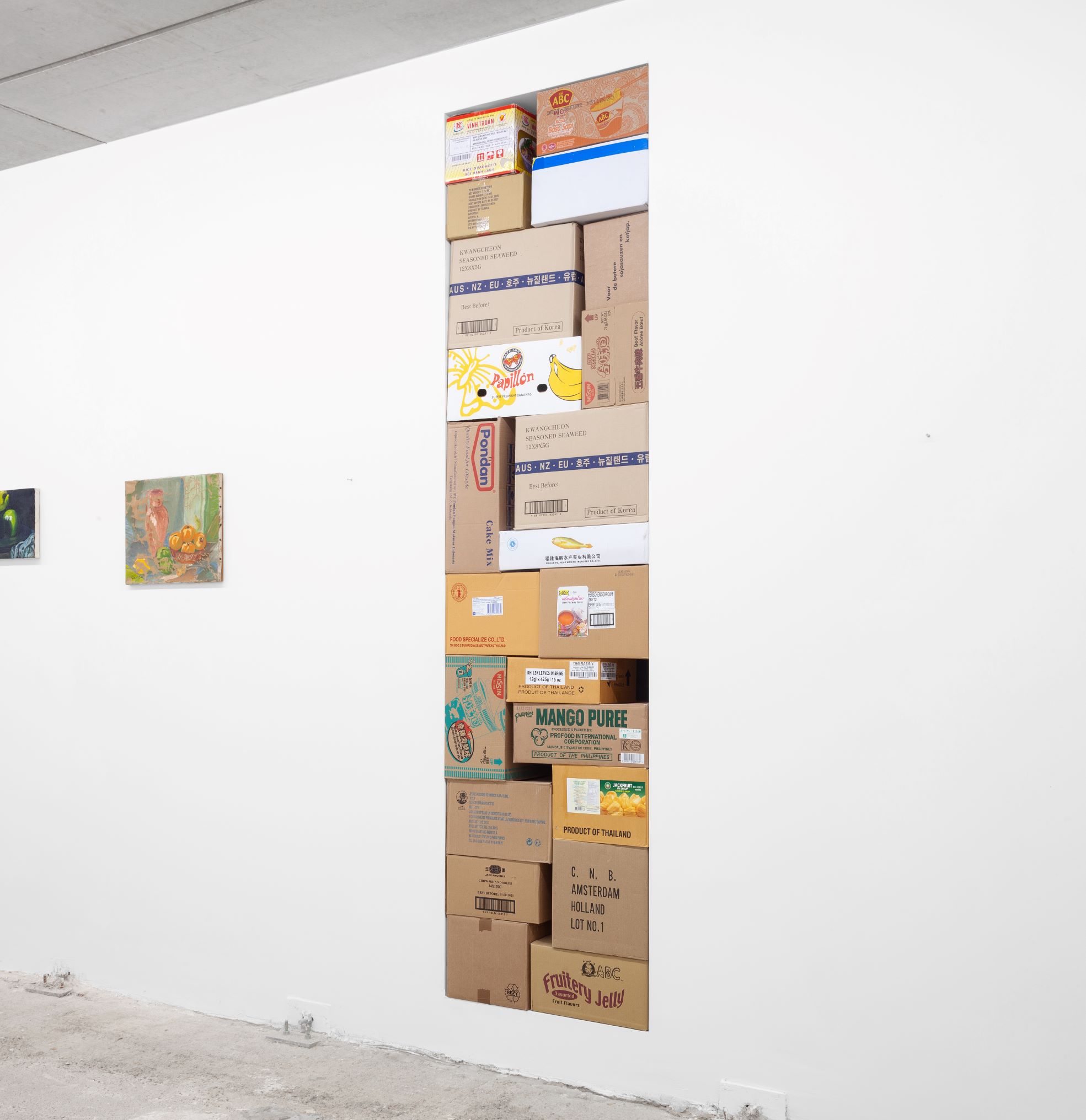 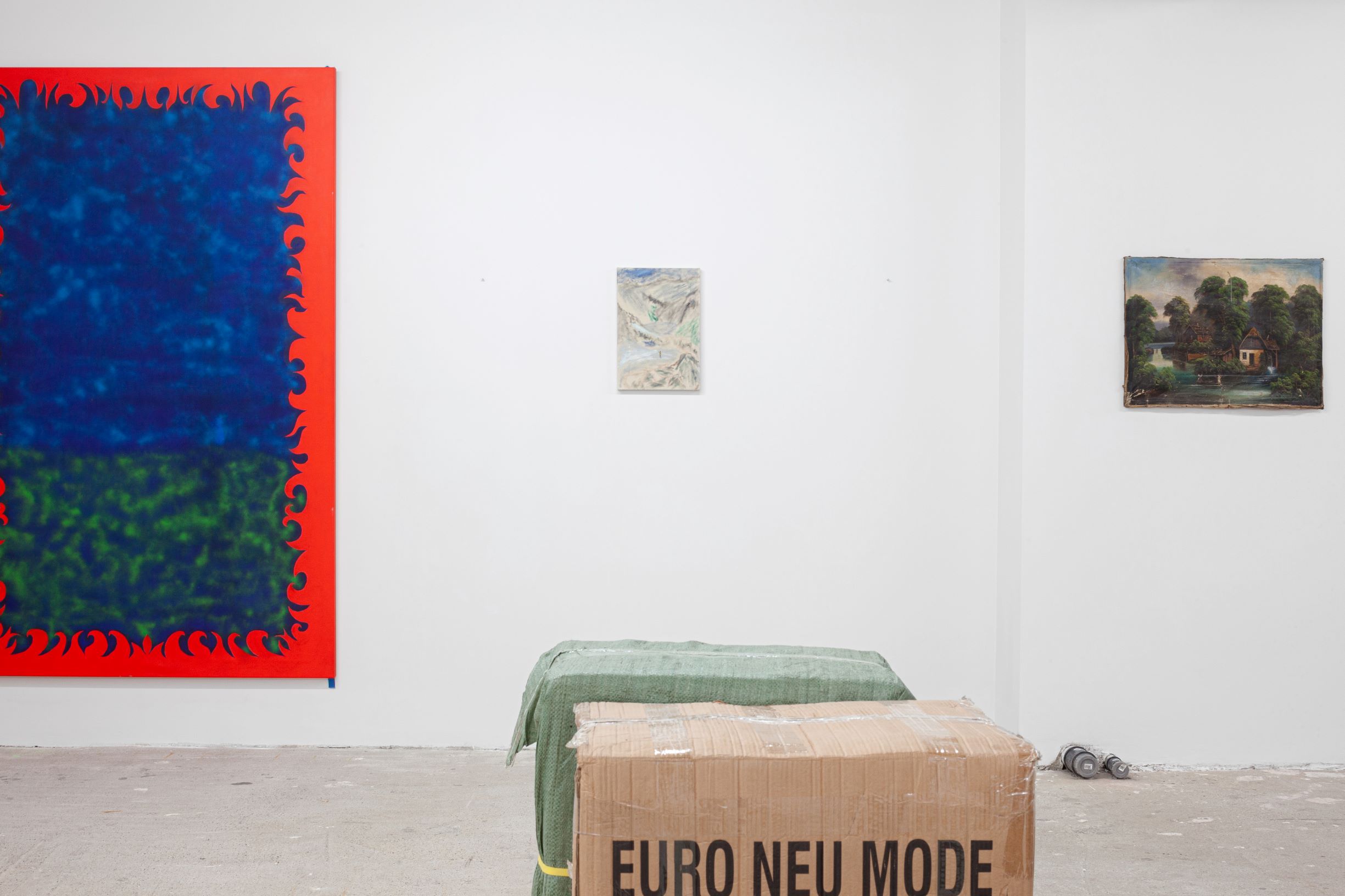 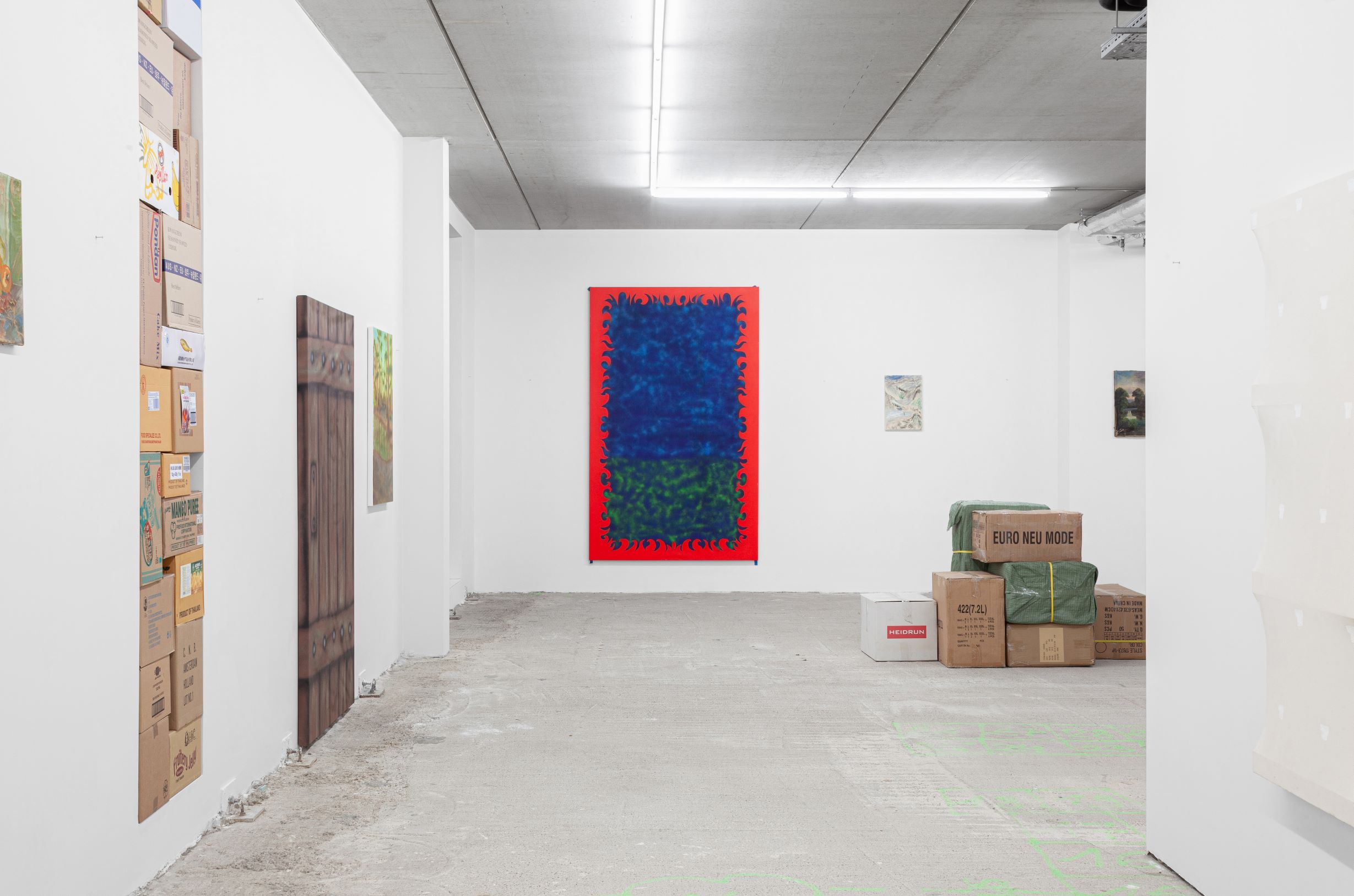