PROMESA, 2021, begins with the real time monitoring of electrical power outages on the island of Puerto Rico. The sculpture uses data generated by LUMA Energy, Puerto Rico’s electrical utility company, on the number of “clients without service” as its initial input. These numbers are subjected to digital and electronic distortions and modifications that manifest as lighting in the gallery. All other existing lighting is extinguished so that the quality of light emitted from the seven lamps is the condition of visibility within the space.

In 2016, President Obama signed the bipartisan legislation PROMESA (The Puerto Rico Oversight, Management, and Economic Stability Act), assuring economic recovery from Puerto Rico’s debt crisis by ceding democratic control of its economy to a financial control board composed of US executive branch appointed officials. What was once the largest publicly owned utility in any part of the US was privatized by this board and fully replaced by LUMA Energy in 2021.

The work consists of seven identical IKEA floor lamps conjoined by a single lampshade. The shade is formed around a circular diameter as a tapered ring. It appears suspended, even floating. The lightbulbs pulse slowly at varying speeds. Each lamp corresponds to one of the seven regions LUMA Energy uses to track outages. The duration and brightness of each strobe is continuously adjusted by a small computer and custom circuitry according to the live data received and processed for their respective regions. Constantly changing as new numbers come in, each lamp’s pulse reflects a trend that might have larger epistemic consequences: replacing the binary of the old green “on” indicator light with the durational pulse that shifts the very meaning of “on.” It is the pulse of a networked “intelligent” object in process, charging, searching, refreshing, receiving, buffering.

In its representational dimension, this sculpture has some peculiar sense of relation to a miniature, a model, and a control room. However, its translation of information into physical form doesn’t provide a necessarily useful object for rehearsing an authoritative perspective. While the spatiality of this light evinces a sense of intimacy as a condition of viewing, the very simultaneity of its relation, by the same gesture, obviates the distant, disconnected, and evacuated relation to the sense of the scene from which its facticity derives.

On the walls hang ten red velvet salvaged jewelry display panels. Sunlight faded the fabric while on display at their original, Lower East Side location, Sarah Jewelry, 122 Delancey Street, New York, NY 10002. These panels must no longer be placed in direct sunlight so as to preserve the discoloration of the sun-bleached velvet and the naturally resulting shape of the absent jewelry.

Two circular treadmill belts, exhausted due to use, hang from the gallery’s ceiling. Like the jewelry panels are no longer exposed to
the daily rising and setting of the sun, the belts have also been removed from circulation, from their loop. They are a record of a kinetics of self improvement and human energy.

It’s not a crisis on display here, but a process that exceeds the lamps, jewelry panels, treadmill belts, and gallery walls in relation to
an ambient geographical and historical situation of life outside the gallery. In this exhibition the real-time statistical set is contorted into an atmosphere, a downtempo of lighting effects. The intervals of a population count are translated into electricity, resisted by a filament to emit light, and transformed back into the use-value itself, illumination and its lack.

Carlos Reyes lives and works in New York and Puerto Rico. Most recently his work was on view in Dust: Plates of the Present at Centre Pompidou d’Art Contemporain, Paris. Reyes has been featured in institutional exhibitions at the Palais de Tokyo, Paris; Futura Center for Contemporary Art, Prague; the 2018 Venice Architecture Biennale; Hessel Museum of Art, BARD Center for Curatorial Studies, Annandale-on-Hudson. 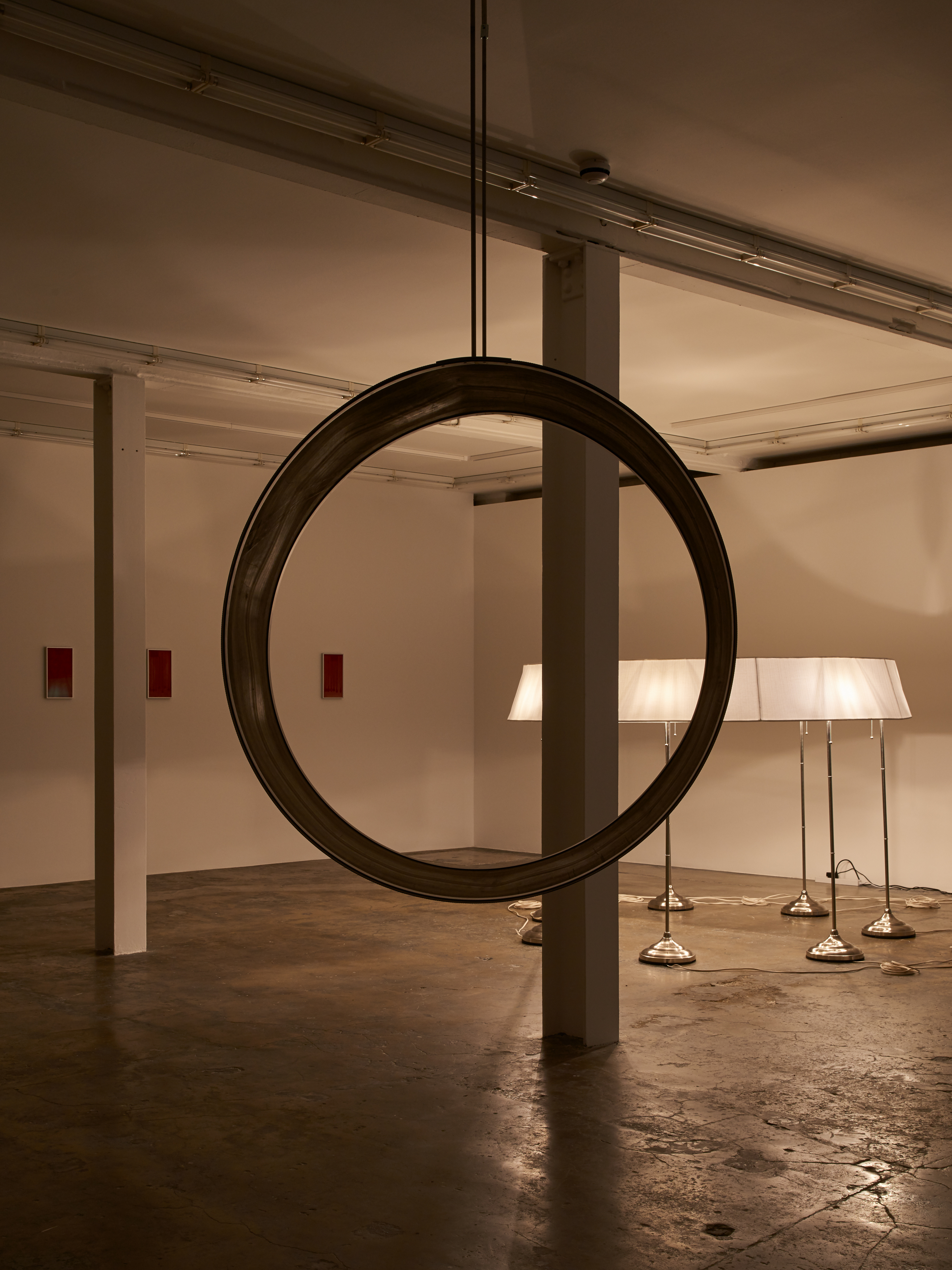 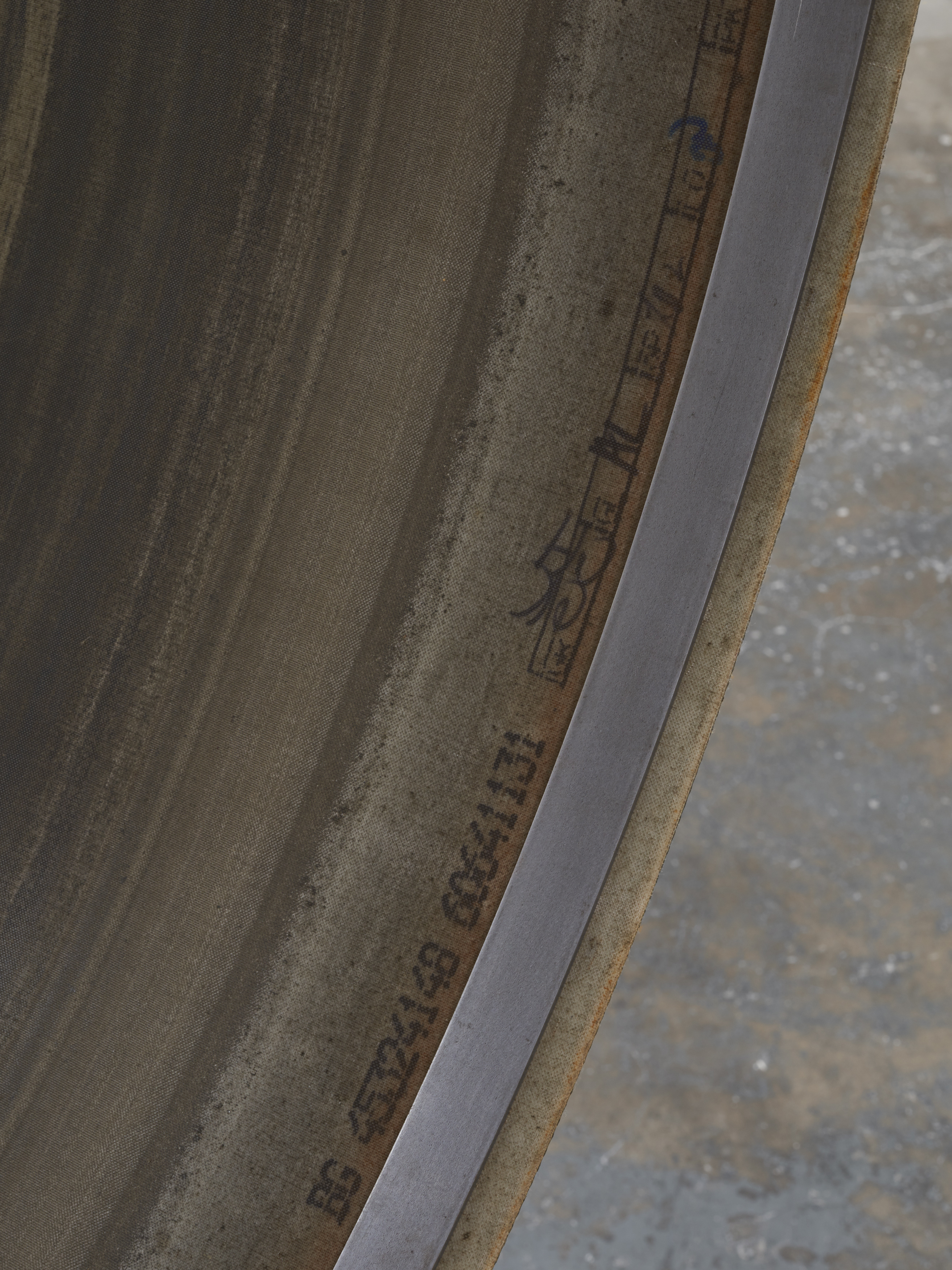 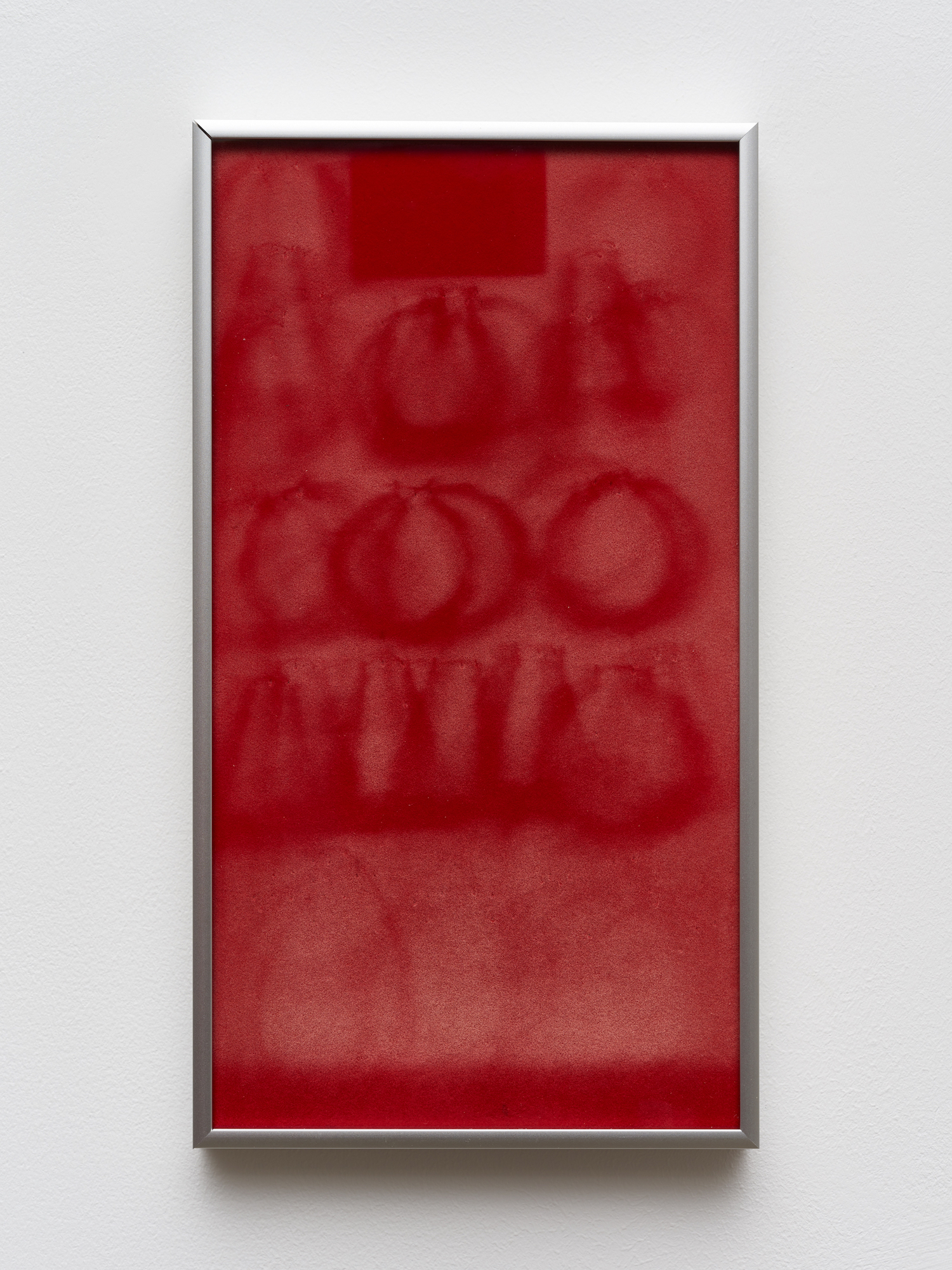 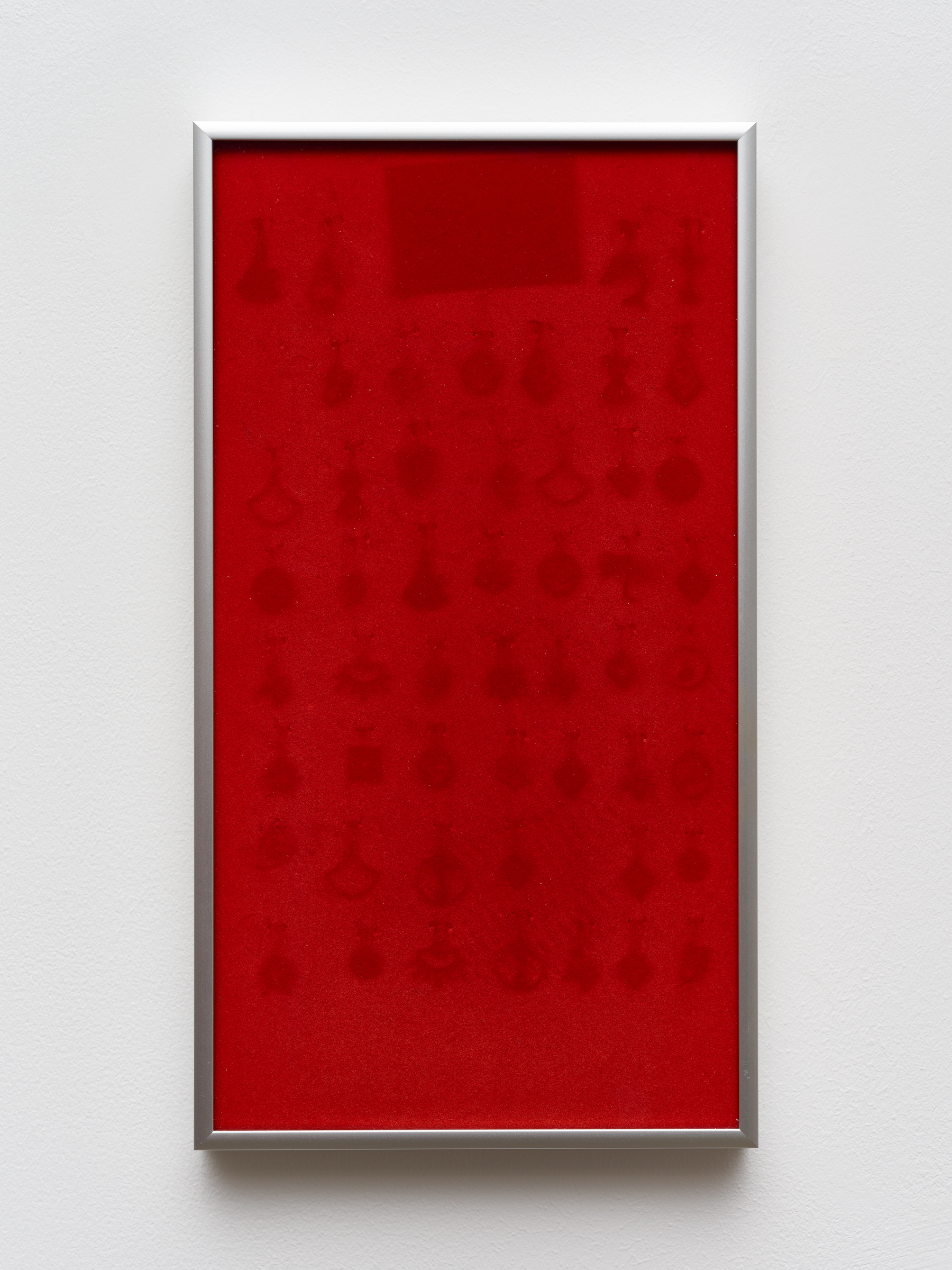 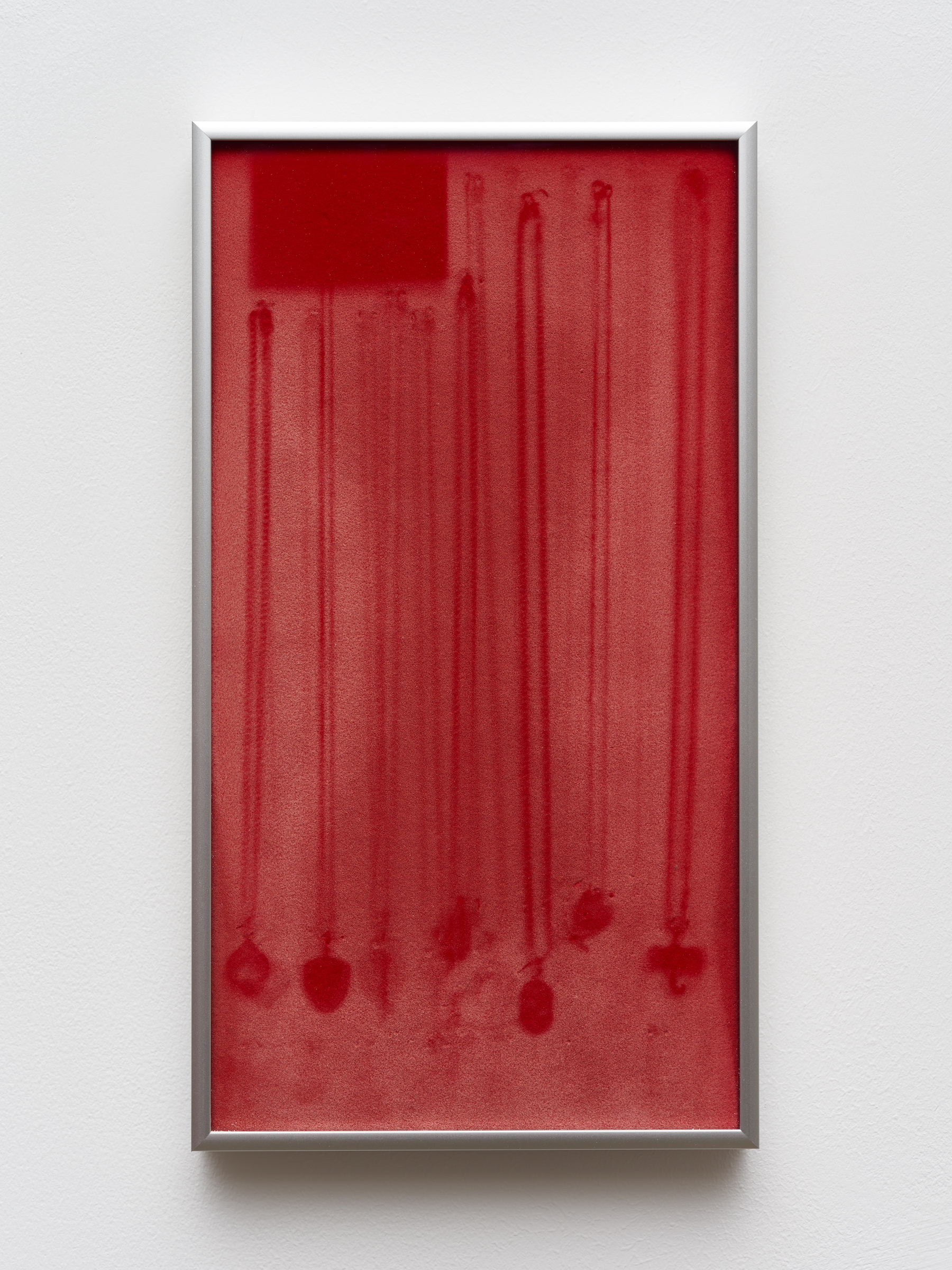 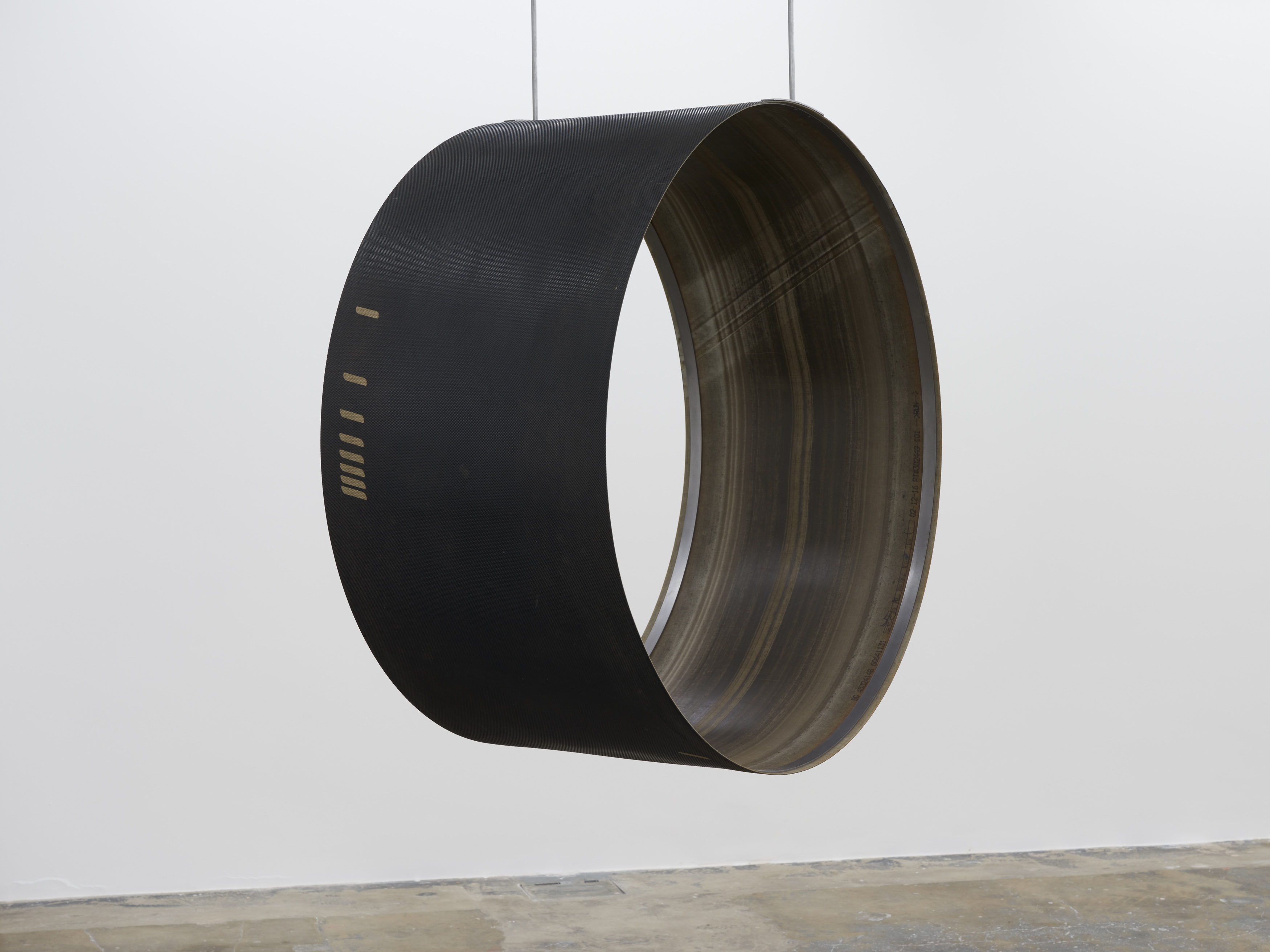 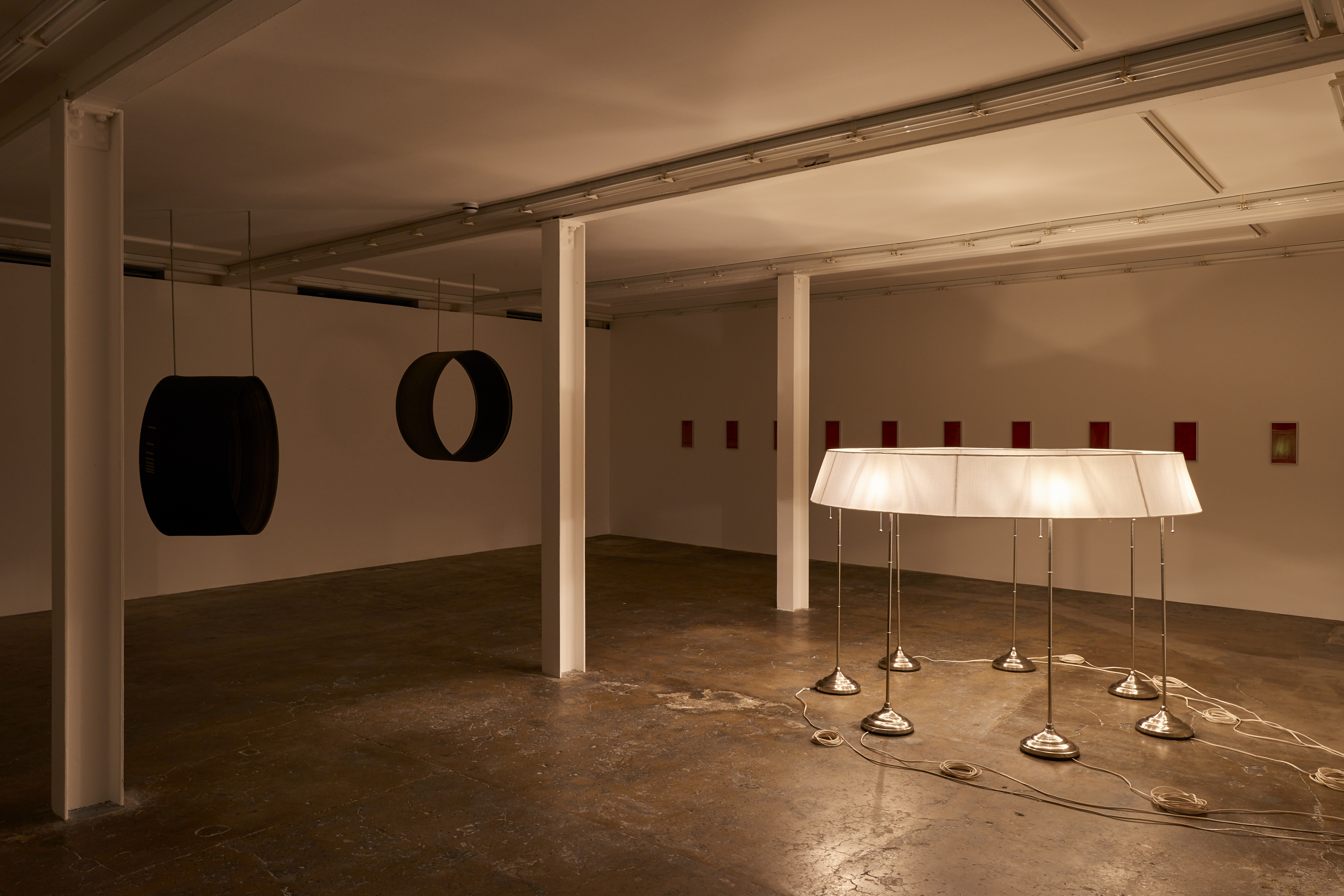 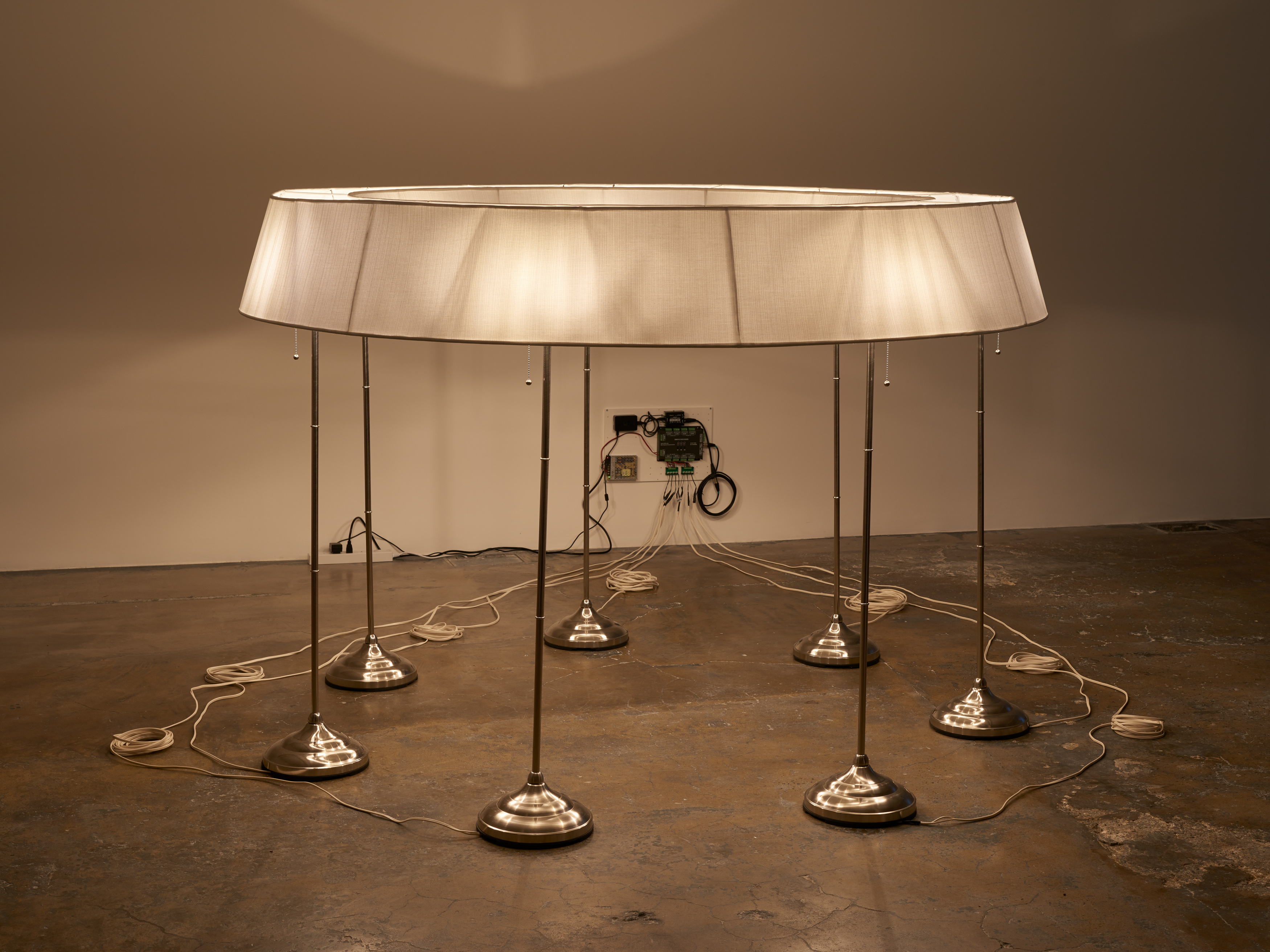