Known for his distinctive gloss-on-aluminum paintings, Gary Hume has over the past three decades become recognized as a restless innovator and a supreme colorist. Archipelago features a new series of paintings, as well as a gallery devoted to his “Destroyed School” paintings and works on paper. While Hume is renowned for exploring a traditional painter’s repertoire of subjects such as birds, flowers and the human body, for Archipelago Hume casts his eye on the humanitarian crises of
the present era.

‍
The front gallery features the paintings The Blackboard and Neighbours (both 2019), alongside 30 “Destroyed School” drawings, hung in a grid and pinned directly onto the large central wall, unframed. Over the past few years, Hume has been collecting press images of schools and classrooms destroyed or damaged by war and conflict. The paintings and drawings that Hume has made based on this image archive might have a sparseness and innocence characteristic of children’s drawings, yet there is also a mood of loss, or absence. For many of the drawings, Hume has used a cut fragment of a flower drawing and laid it on top of another drawing, creating a layered
image, perhaps even a sense of healing, or restoration. Exhibited most recently at the Museum Dhondt-Dhaenens, Belgium (March 1—May 31, 2020), Hume’s “Destroyed School” paintings represent the artist’s response to the loss of life, hope and imagination at war-torn schools.

‍
Over the last few years, migrants have been making perilous journeys by boat in the Mediterranean and the English Channel. The lifejacket has become an image of that journey, a symbol of the human body. Hume has adopted this image, deploying it as an open-ended form in the “Archipelago” paintings. Three of these works hang in the second gallery on the main floor. With both the “Destroyed School” and “Archipelago” works, Hume is asking a number of difficult questions of himself as an artist—and of the viewer. How can art, and especially pictorial art, respond directly or indirectly to historical tragedy? How do artists —and by implication, all of us—balance ethics with aesthetics?

‍
While the shape, with its space for a neck, is clearly recognizable as a lifejacket, Hume also sees a Yoni, an object that represents a procreative female energy in Hinduism, and thus the form redoubles its role as force that can sustain a human life. The paintings are subdued and often almost uniform in color, with the lifejacket, or Yoni form, faintly legible in the overlapping, interlaced lines. Yet because of the way the forms overlap, with just a few touches of contrasting color in the resulting shapes, the paintings appear mostly abstract. The “Archipelago” paintings seek a way to respond to tragedy while also responding to his medium’s demand to create an object of contemplation.

‍
Upstairs, along with three more “Archipelago” paintings in cool, almost ethereal hues, there is a sculpture and a work on paper. Approximately life size, the lifejackets in the sculpture are stuck together in a mass, creating an abstract form reminiscent of a modernist sculpture while also evoking a pile of abandoned objects. The work on paper features an ambiguous motif full of pathos: The shape could be a child bundled up, a pupa at the edge of life, or an idealized island viewed from above. Along with the “Destroyed School” drawings downstairs, the work on paper offers a sense of fragility, a more vulnerable experience, in contrast to the sheen and hard edges of the paintings, or the bulk of the sculpture.

‍
Hume derived his title of the exhibition from a famous passage in a sermon by the English poet, and Dean of St Paul’s, John Donne (1572–1631):

‍
No man is an island, entire of itself; every man is a piece of the continent, a part of the main; if a clod be washed away by the sea, Europe is the less, as well as if a promontory were, as well as if a manor of thy friend's or of thine own were; any man's death diminishes me, because I am involved in mankind, and therefore never send to know for whom the bell tolls; it tolls for thee. Donne doesn’t use the word “archipelago,” but Hume inferred from the passage an image of interconnected islands, ideas and human life. The paintings in Archipelago are images of overlapping, intimately joined bodies, and imply the interrelatedness of all of us. Delivered just a mile away from Hume’s studio, Donne’s sermon resonates today as a timeless plea to strive for connection, not division. 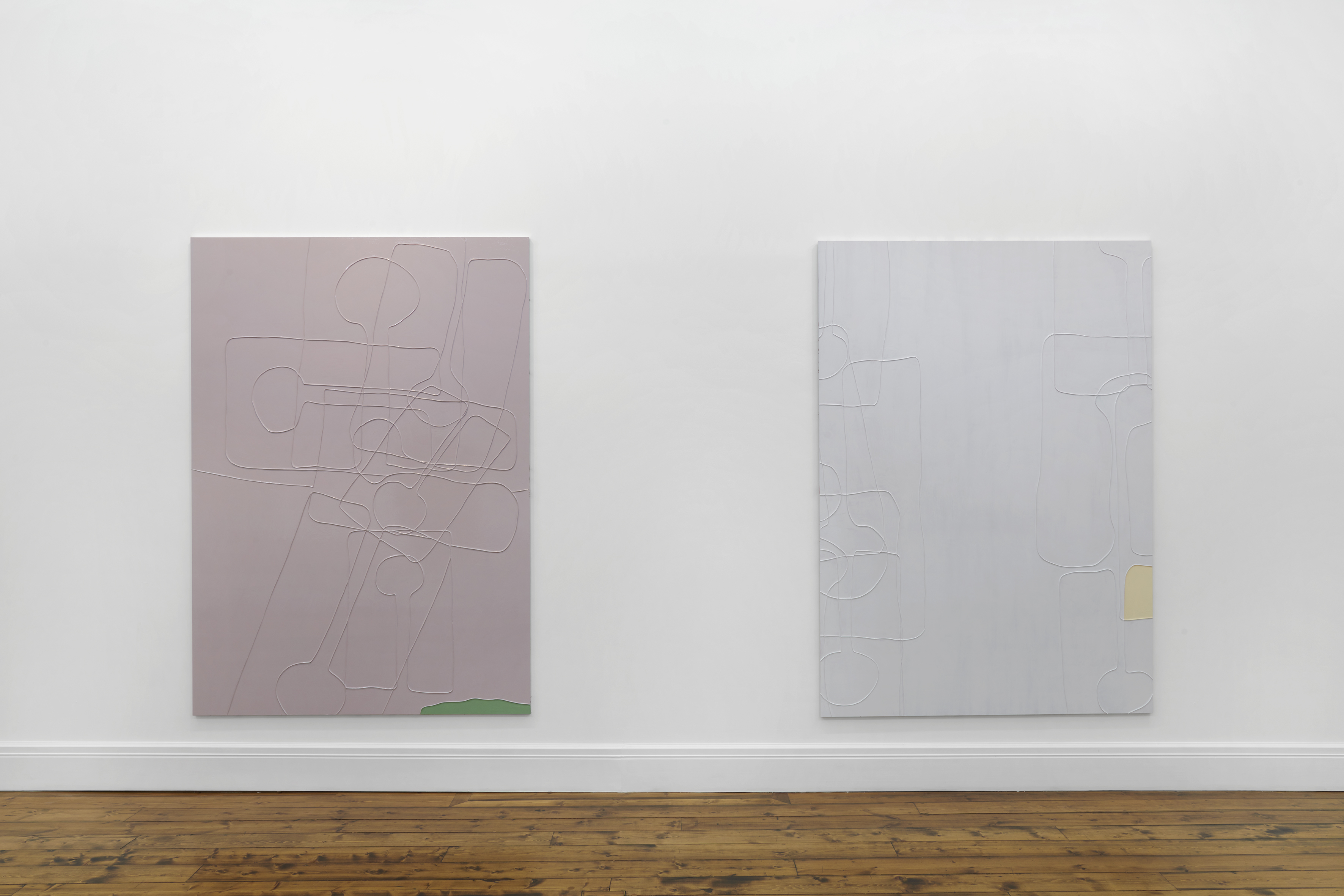 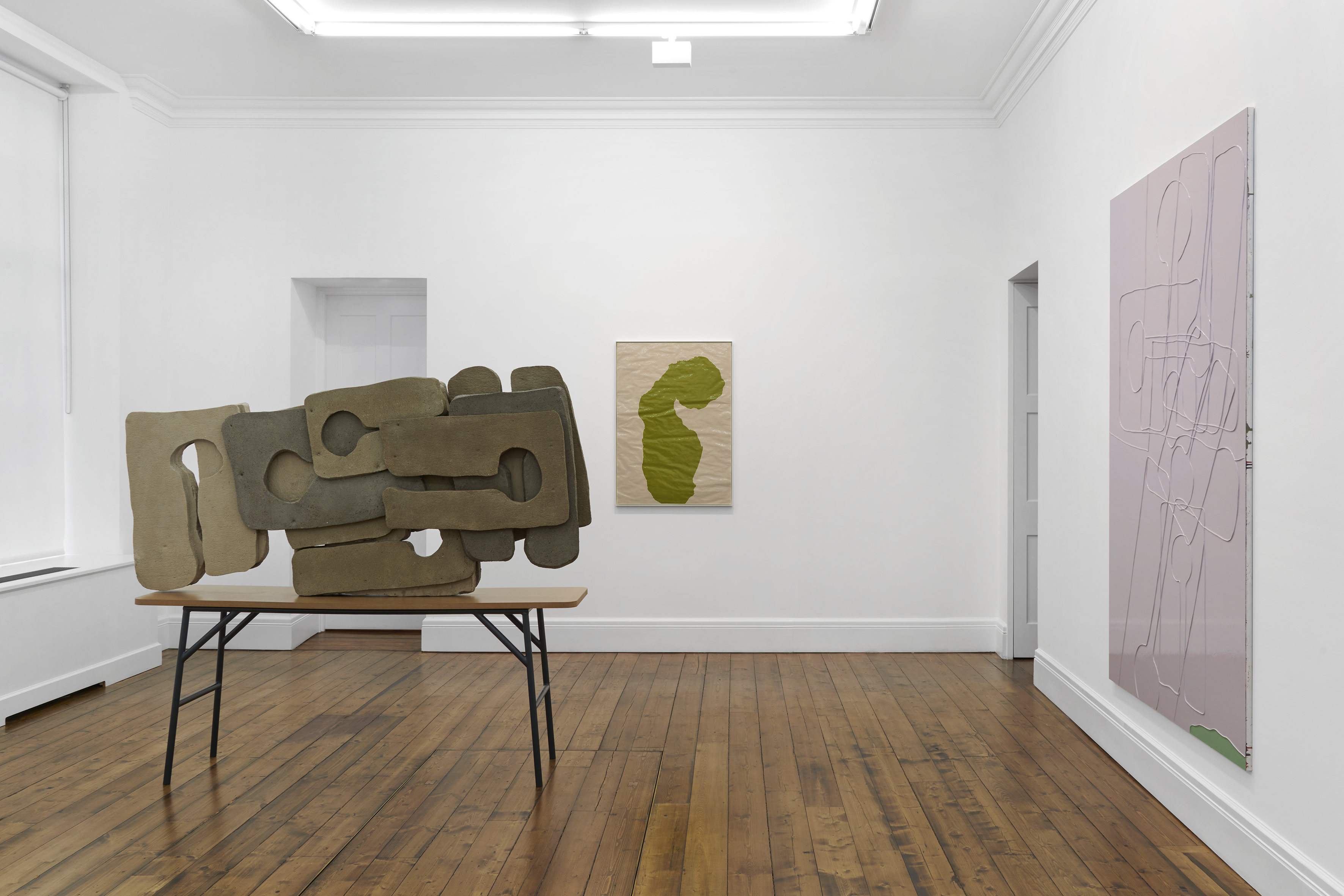 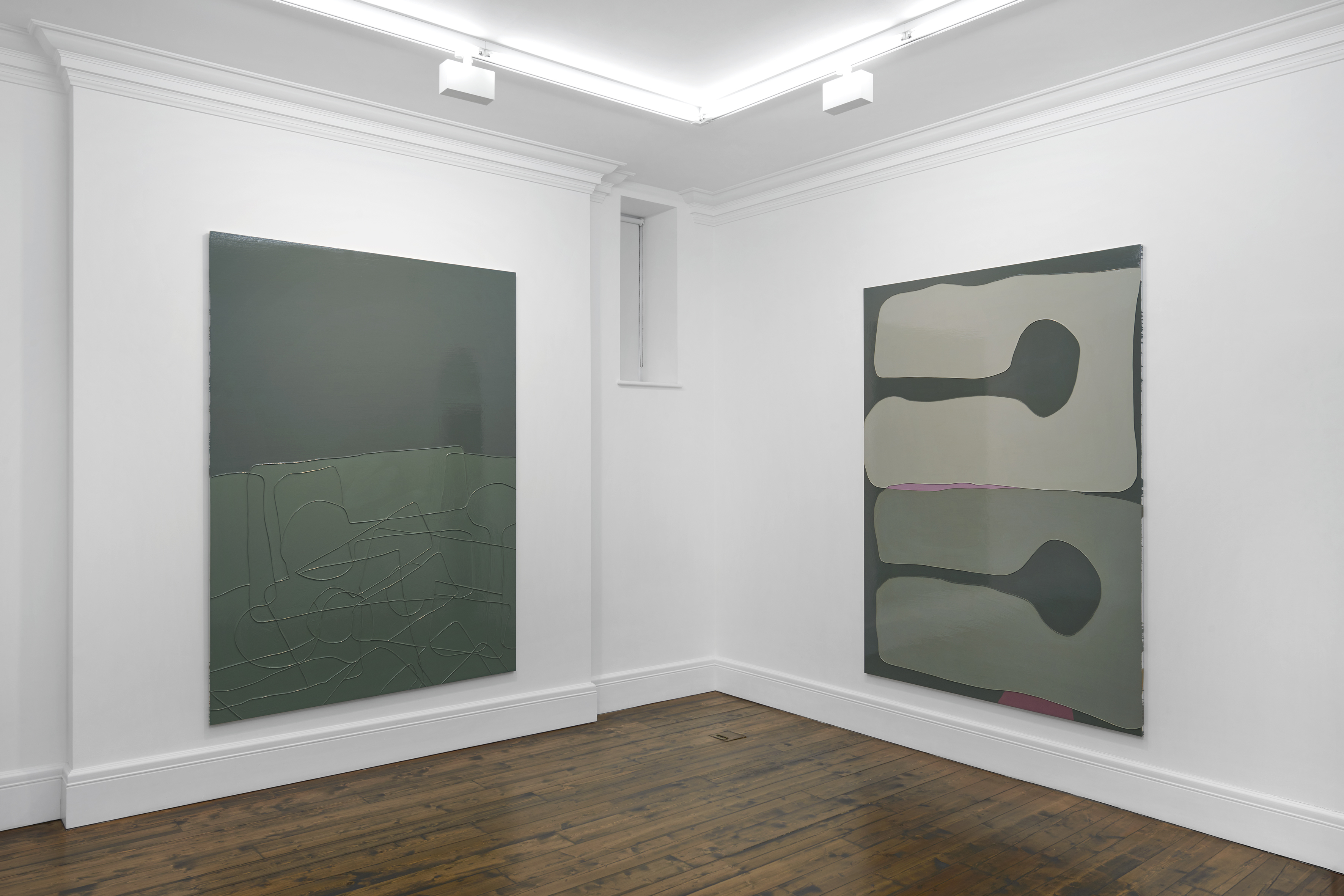 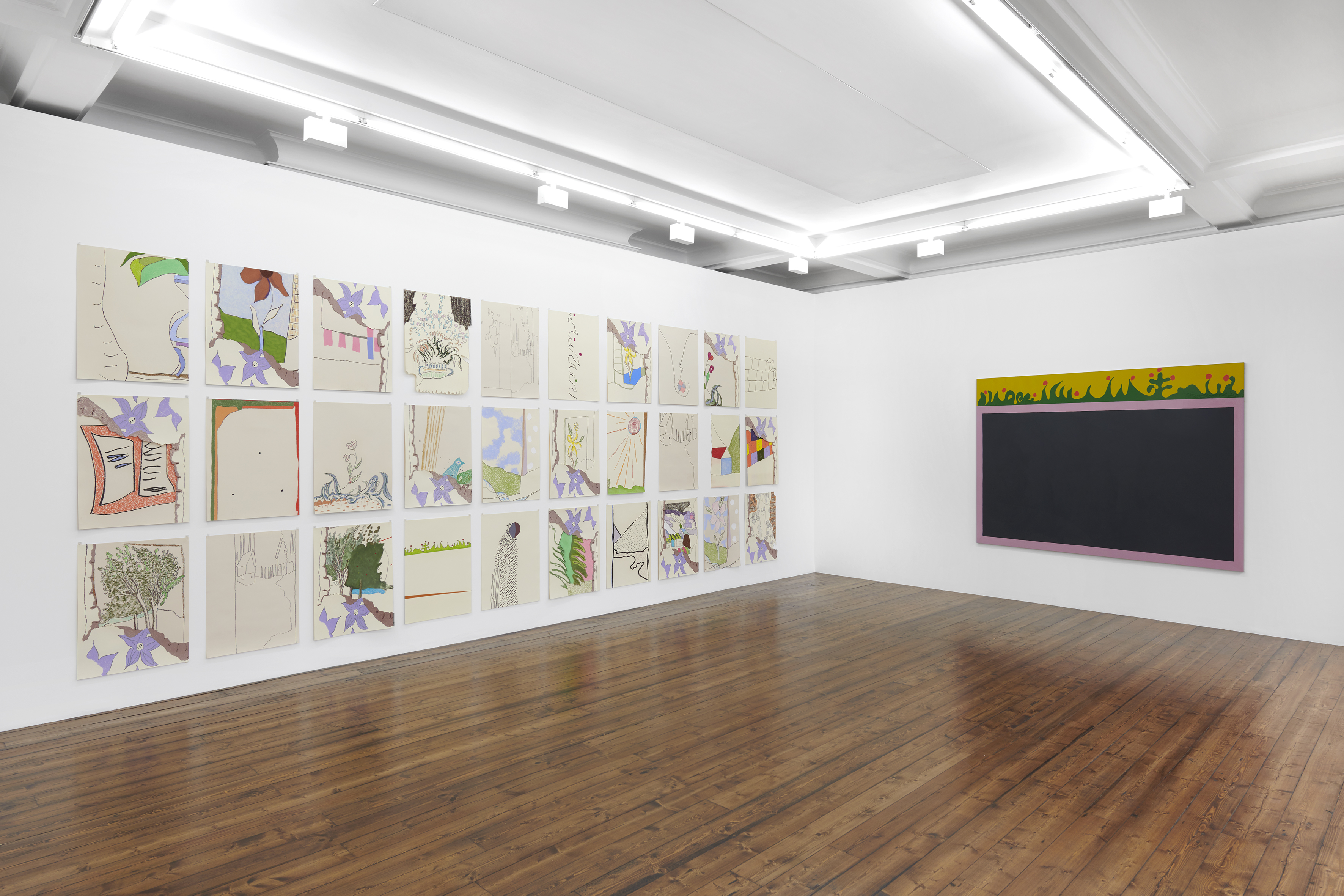 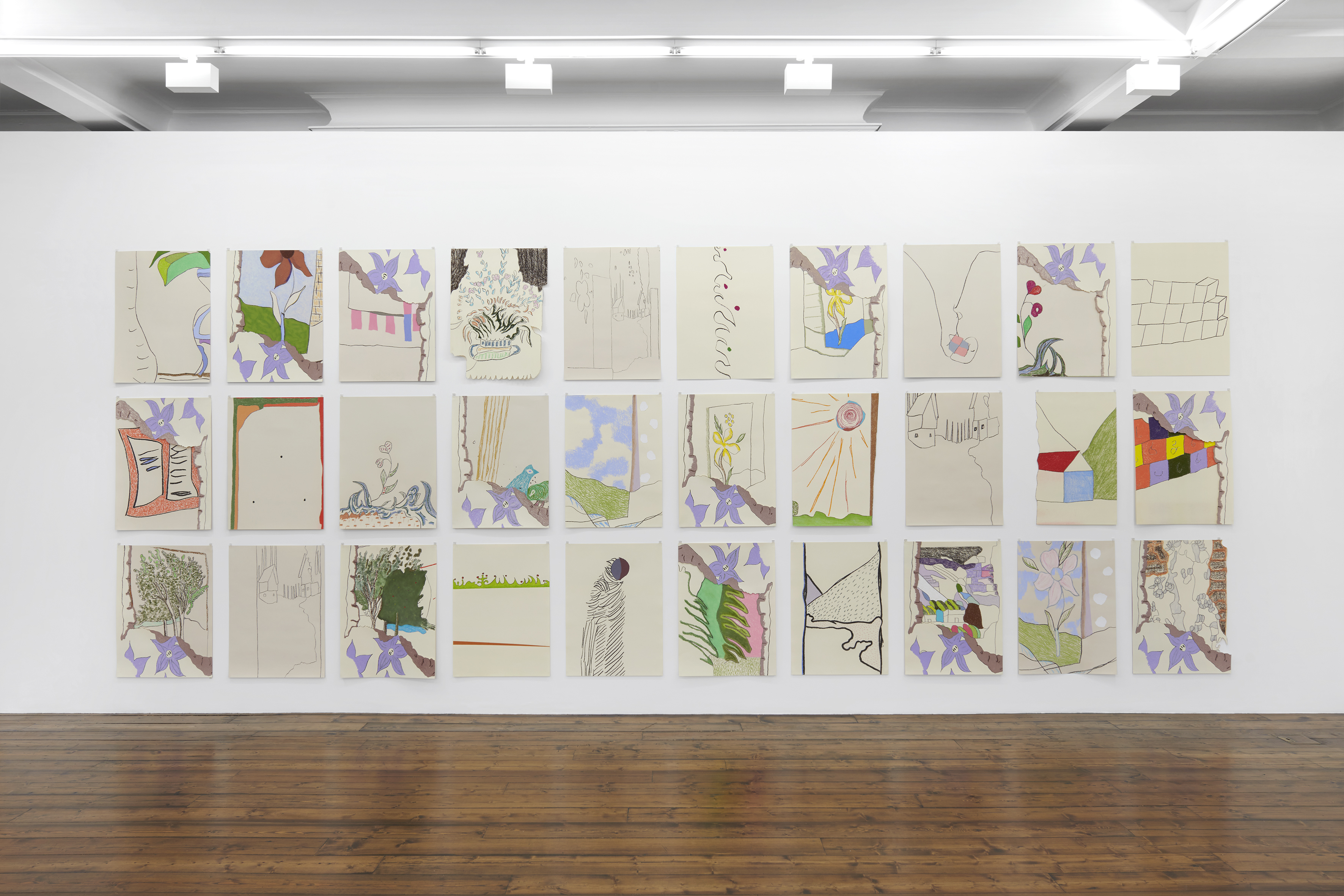 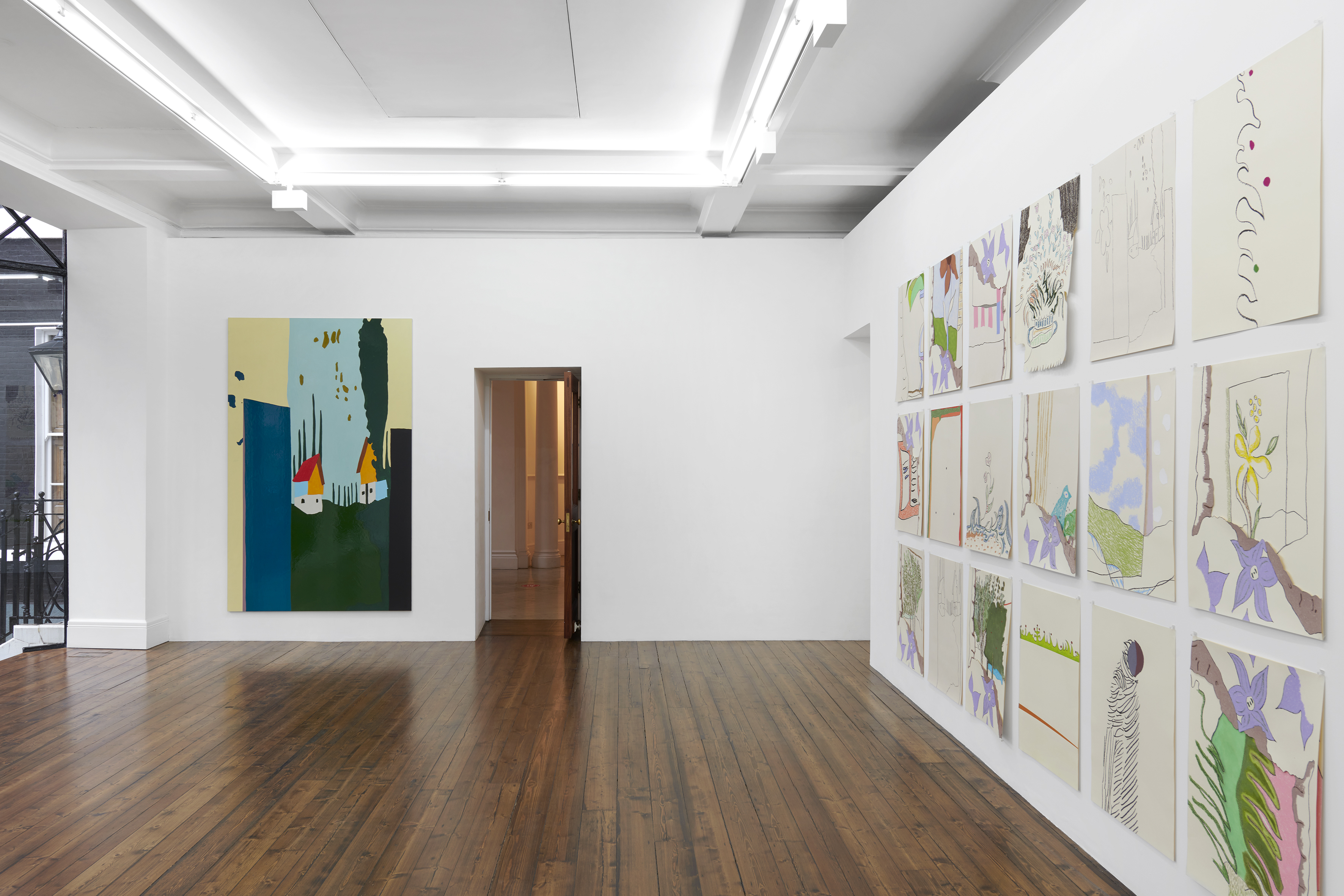 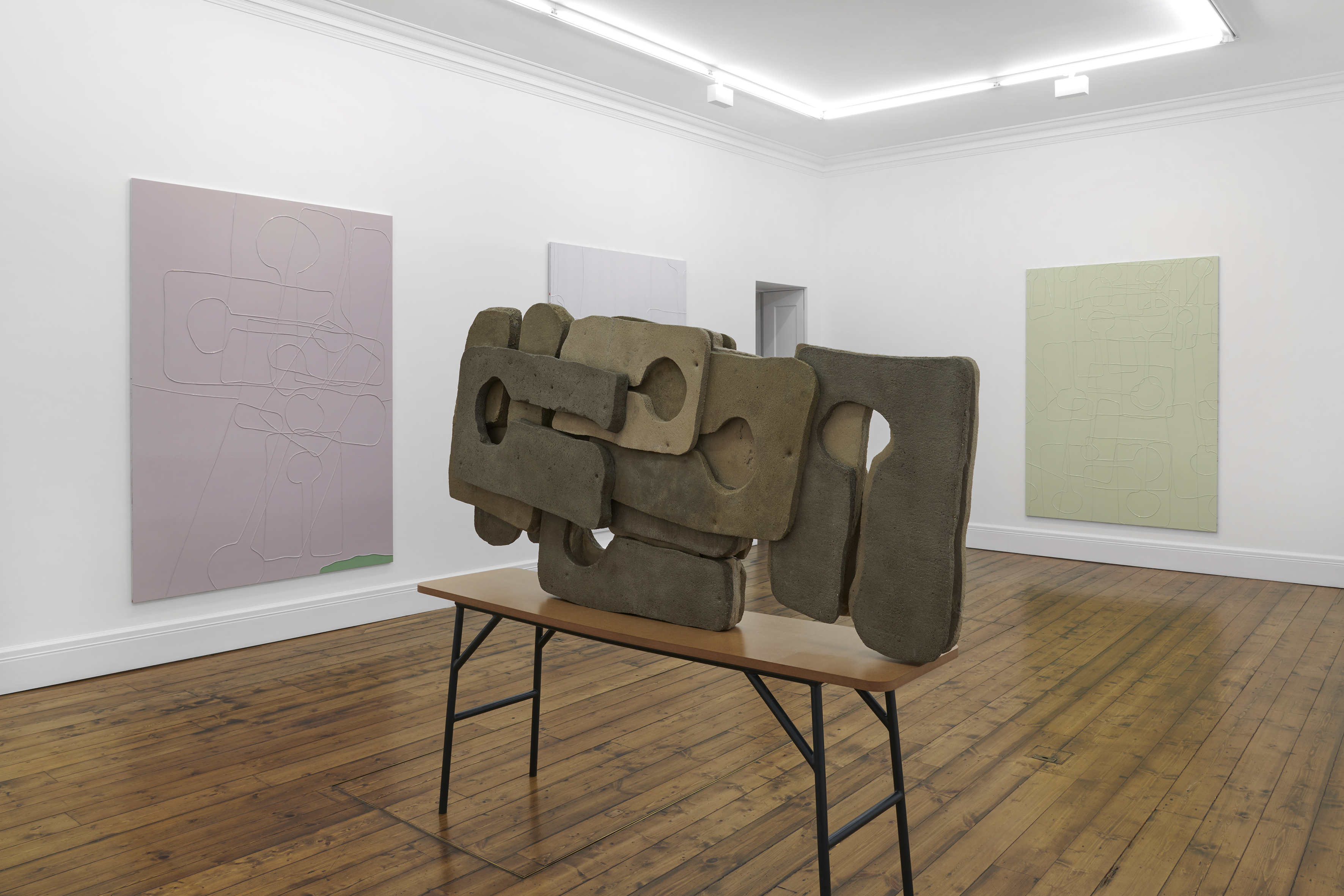 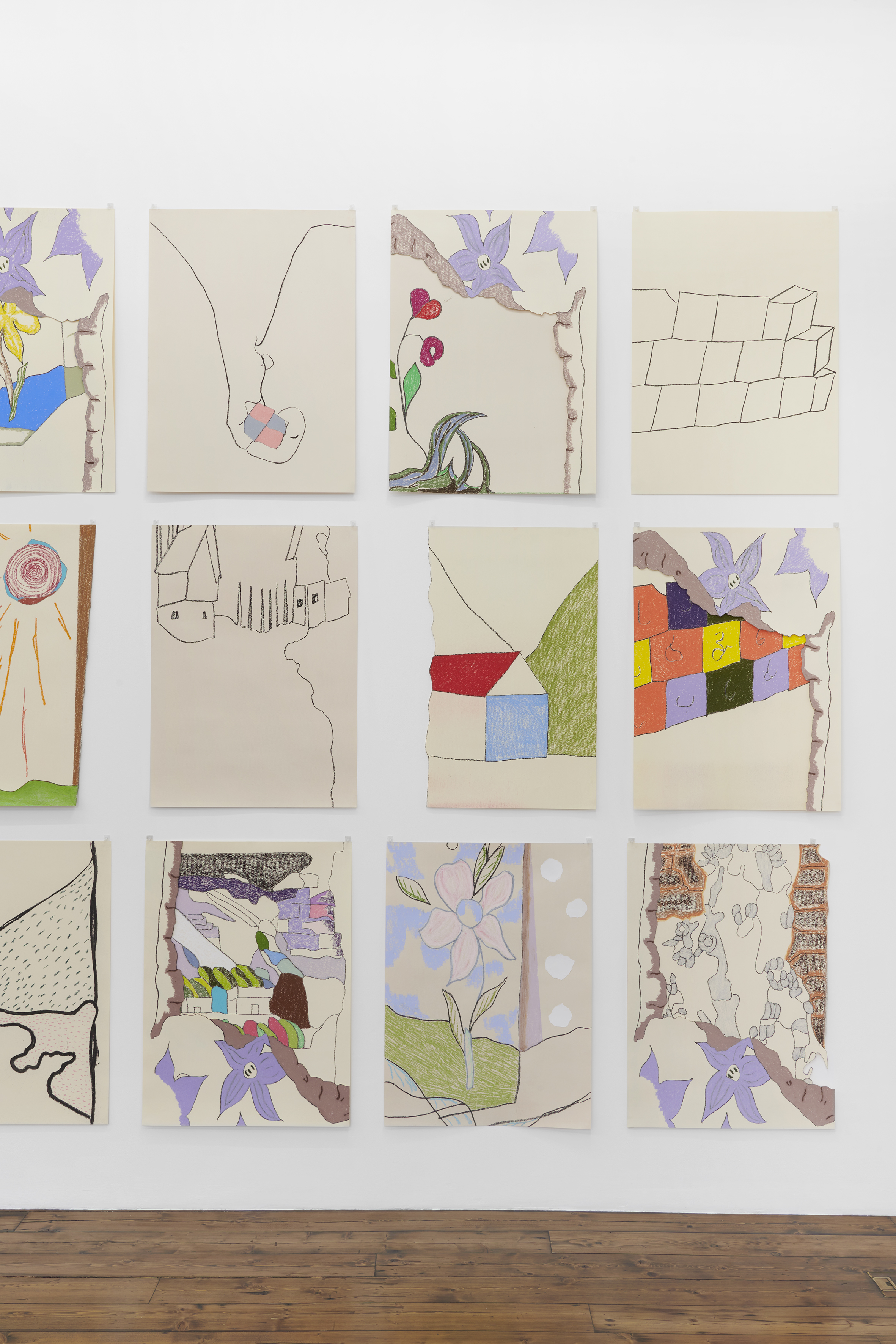