David Kordansky Gallery is pleased to announce GO HANG A SALAMI IM A LASAGNA HOG, an exhibition of new work by Calvin Marcus. The exhibition will be on view November 1, 2019 through January 11, 2020. An opening reception will be held on Friday, November 1 from 6:00 pm until 8:00 pm.

GO HANG A SALAMI IM A LASAGNA HOG is Marcus’s second exhibition at the gallery and his most extensive and immersive in any venue to date. The gallery has become a "rabbit hole": four bodies of work―including paintings, sculpture, and photography―unfold across its three exhibition spaces, with only one way in and one way out.

Unexpected shifts in scale, and the uncanniness these shifts engender, are a feature throughout Marcus's practice and a pronounced theme for the show. This idea is initially raised in the first gallery, where a group of new paintings evoke watercolor pictures at a heroic scale. Whether a filmic depiction of a greyhound chasing a rabbit or a minimal, saturated image of the rug in a corner of a room, these objects balance, with heady precariousness, the washy immediacy and insouciance of a hobbyist's sketches with the incisive line, poised composition, and physical and psychological gravity of serious painting.

The series, which debuted at the 2019 Whitney Biennial, marks an important development from Marcus's prior serial production. Each painting attempts to achieve complete autonomy within its edges and is a vignetted universe unto itself. Capturing dream-like visions and snapshots of the absurdity of contemporary life, the paintings depict diverse subjects: animals, humanoid figures, and interior and landscape-like spaces. These singular representations share a sensibility, at once idiosyncratic and disarming, that immediately draws the viewer into the mysteries of the quotidian world. While the pictures retain an inherent openness and recognizability and can often be described succinctly in a few phrases, the paintings belie a prickly, even anxious subjectivity, denying the simple readings they seem to proffer. They also refuse to settle into any one genre, typology, or even medium; amongst one another, the works' painterliness is a function of formal qualities shared with drawing, sculpture, and installation-based practices. Each, therefore, poses―with Marcus's humorous brand of surrealism―as many questions as answers.

A second gallery funnels inquiry into two objects, a sculpture lit from within and a color photograph, the only elements in an otherwise darkened space. Each inverts the expectations of the prior room, recalibrating perception again. The sculpture is a small-scale replica of the exterior of an East Los Angeles storefront. Existing somewhere between a memorial and a facsimile, the object expresses a remarkable degree of fidelity, maintaining a working ventilation fan and lights, and retaining a sense of life on its own. The photograph seemingly portrays similarly mundane stuff: a meal of asparagus on a plate. This image, reminiscent of Surrealist photography, flips conventions of representation as it deceives the viewer using only analog means.

The effects of exaggeration reach a crescendo in the final room, a terminus where four monumental paintings encircle the viewer. Each titled Stretch Sturgeon, the four pictures follow the same format: a five-by-twenty-two-foot canvas has been painted in watercolor washes of yellow and green to depict an impossibly extended fish. Recalling both naturalists' field guide illustrations and the folk-art tradition of fishermen recording their haul, each painting also functions as surrogate human portraiture, as a trophy representing the angler who made this proverbial catch of a lifetime. Anomalous if not absurd, Marcus's sturgeon stretch belief; indeed, they suggest tall tales by literal elongation. The length of each painting matches that of a novelty stretch limousine, and they follow a similar creation logic. The front and back (or head and tail) of a car bookend multiple middles of the same model, all welded together with custom touches to confirm seamless continuity. The resulting form is still at human scale, but beyond reason. Repeated four times, this expansion inches toward abstraction and the sublime.

As in much of his production, in GO HANG A SALAMI IM A LASAGNA HOG Marcus translates the vagaries of an interior, personal world into images and objects notable for their clarity and directness. By amplifying the peculiarities of his own vision and processes, he channels the contradictions of contemporary life. Through this, Marcus demonstrates how familiar and unfamiliar, large and small, and heroic and ordinary are no longer oppositional categories, but unified experiences in the collective awareness. 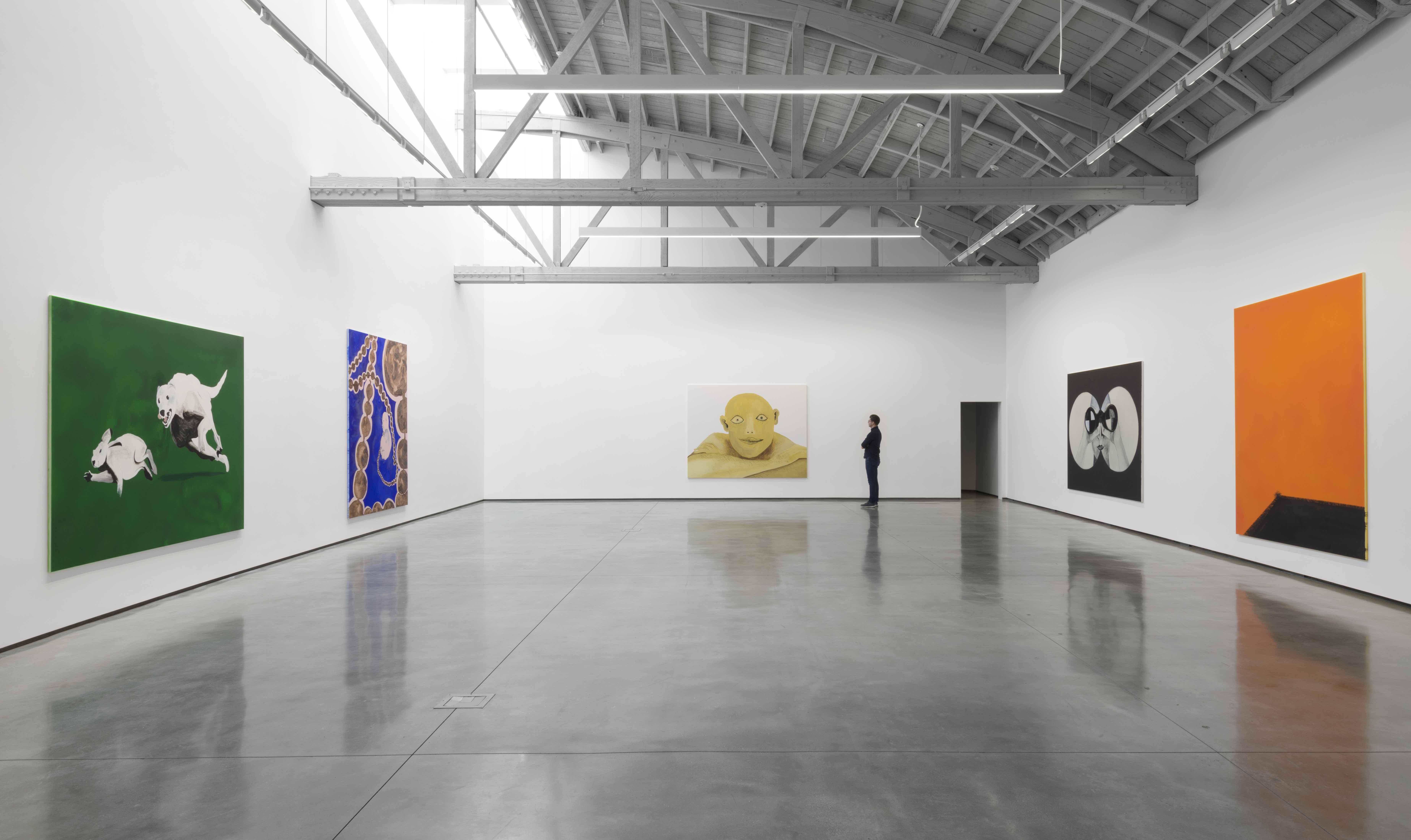 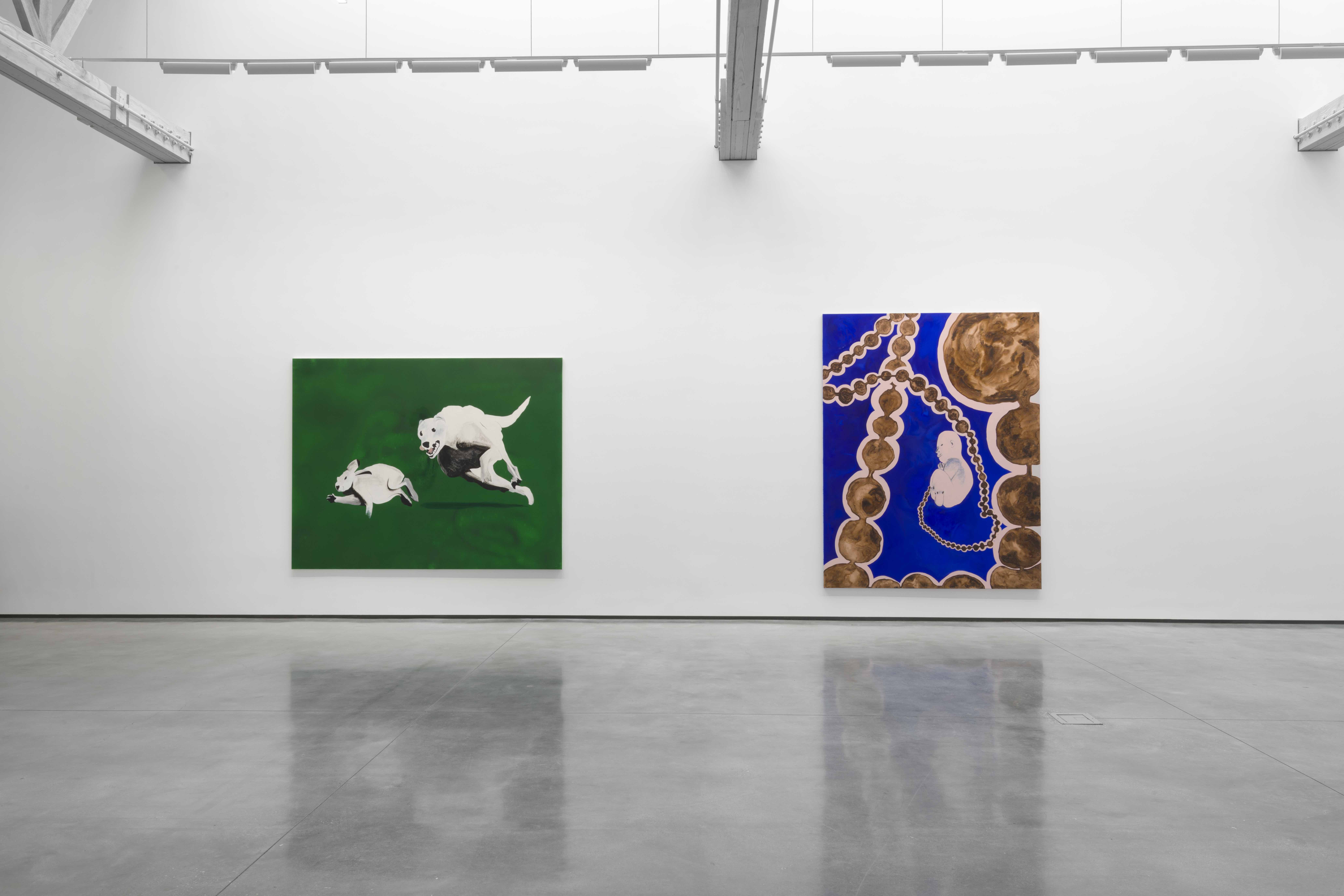 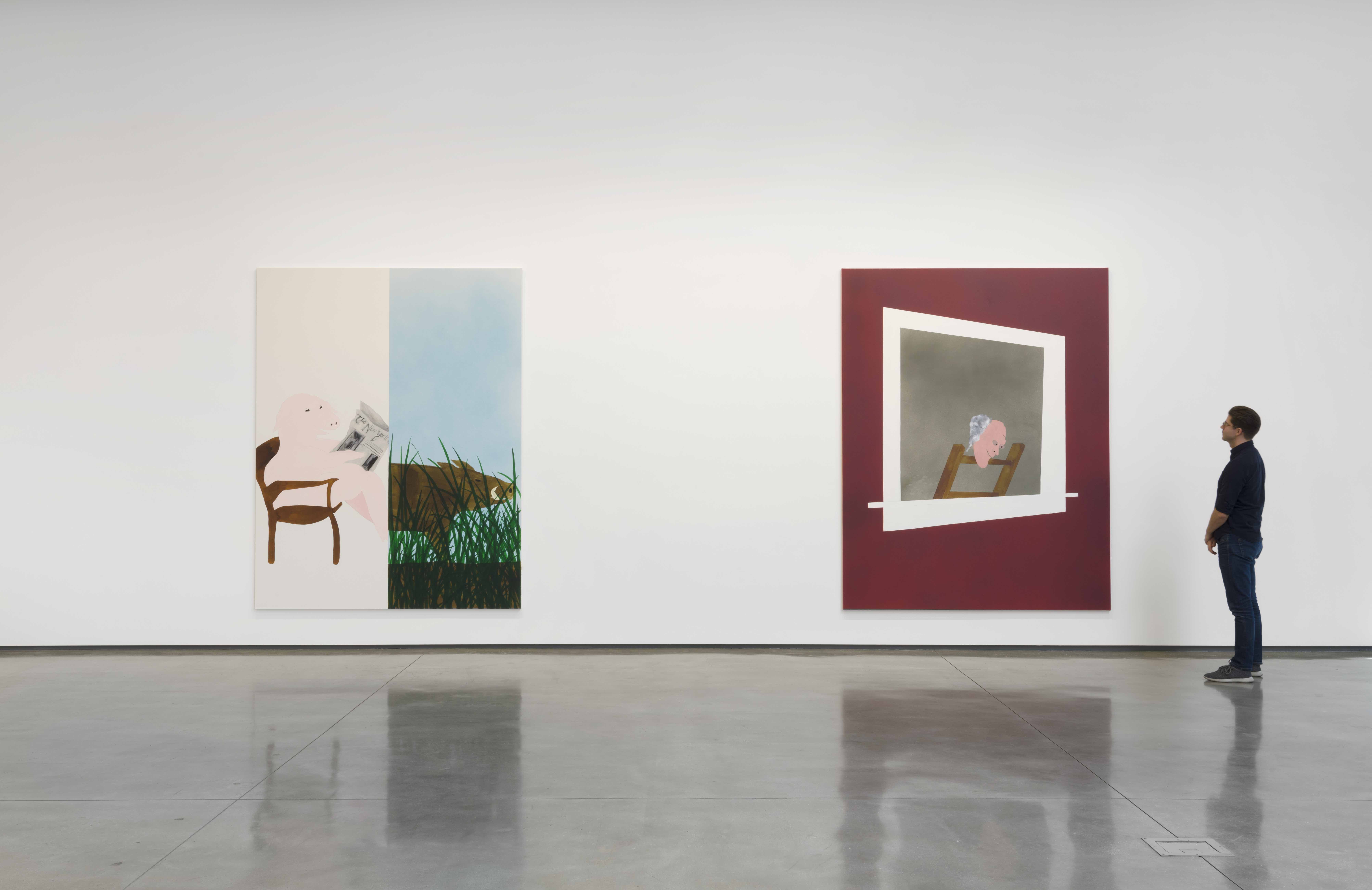 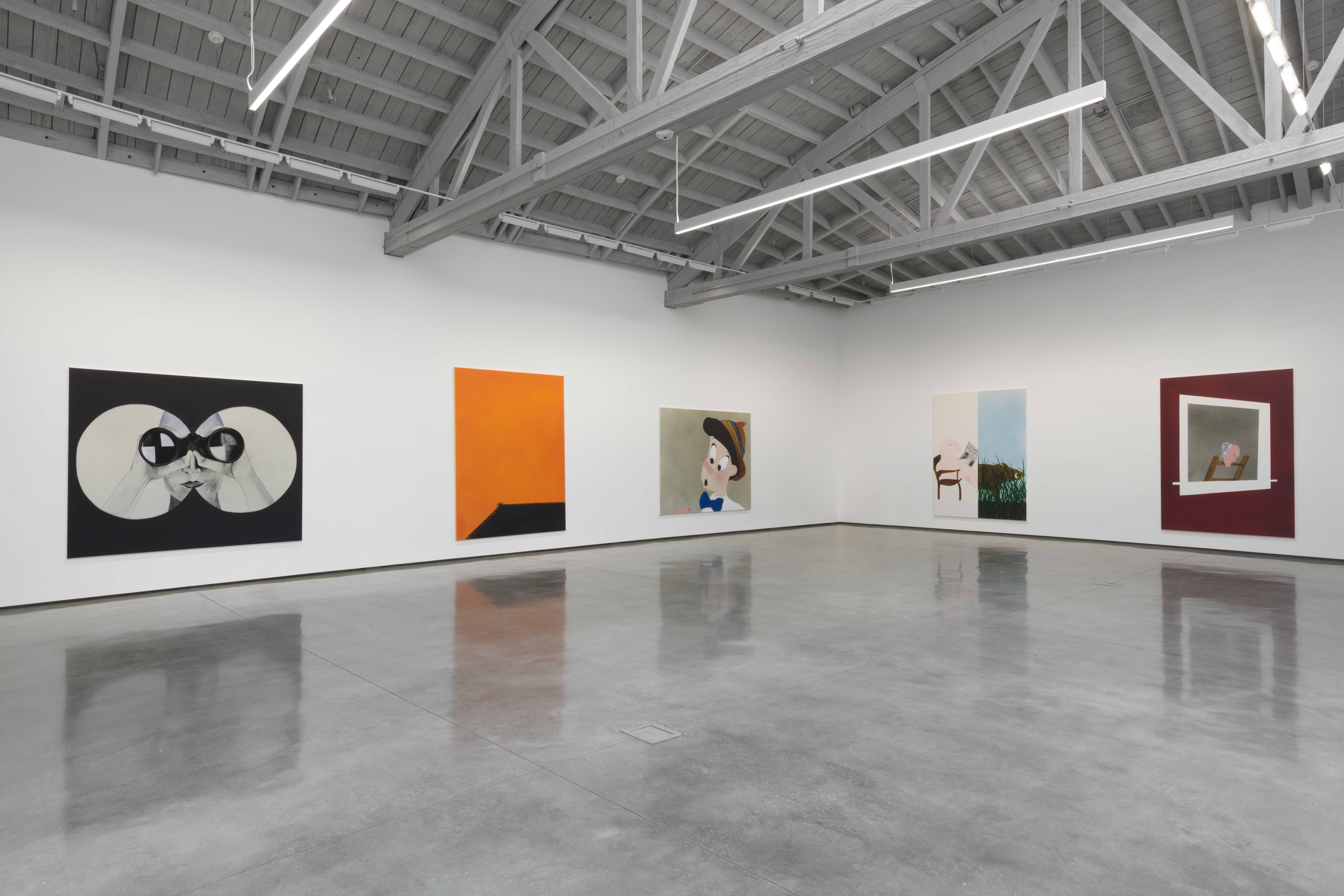 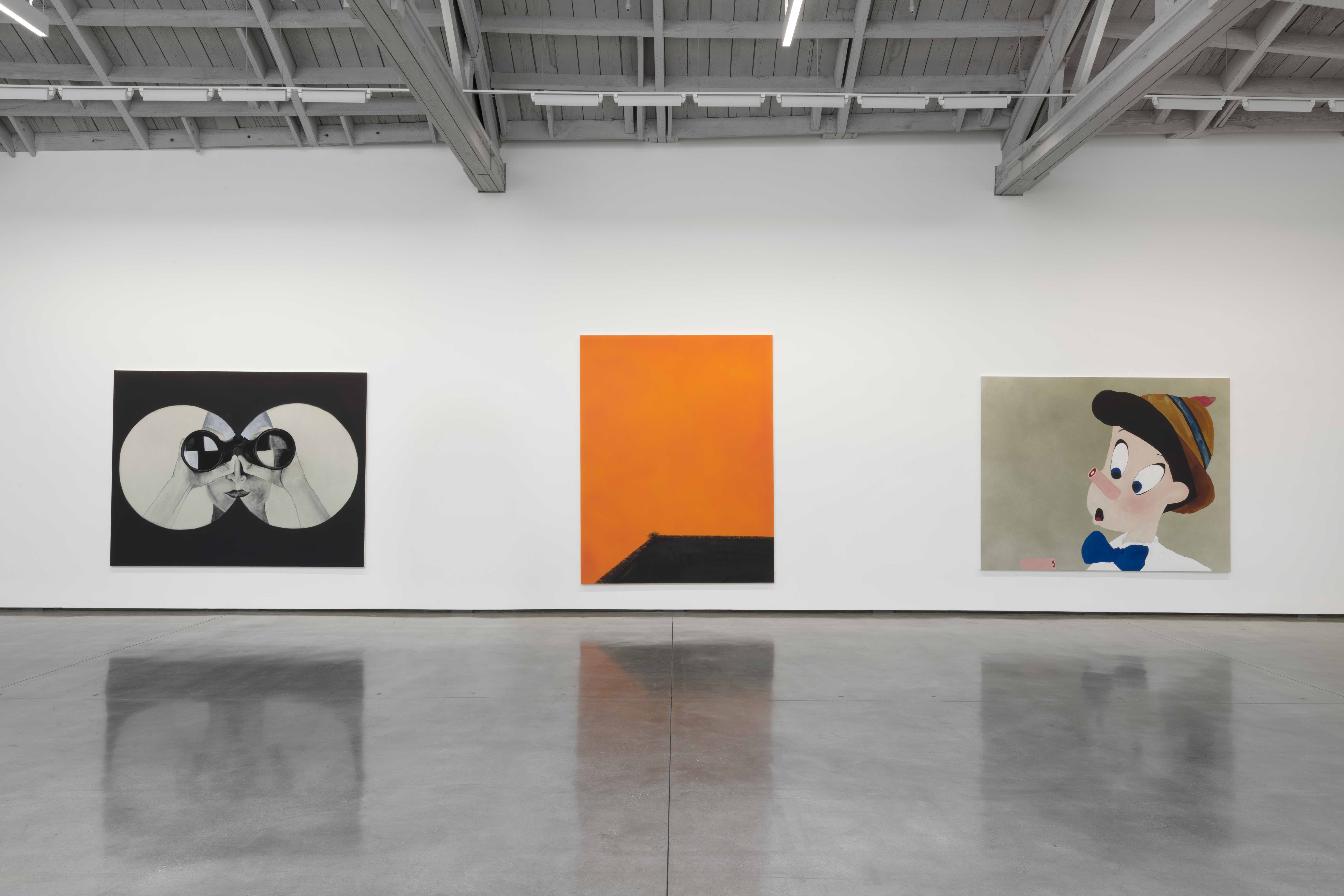 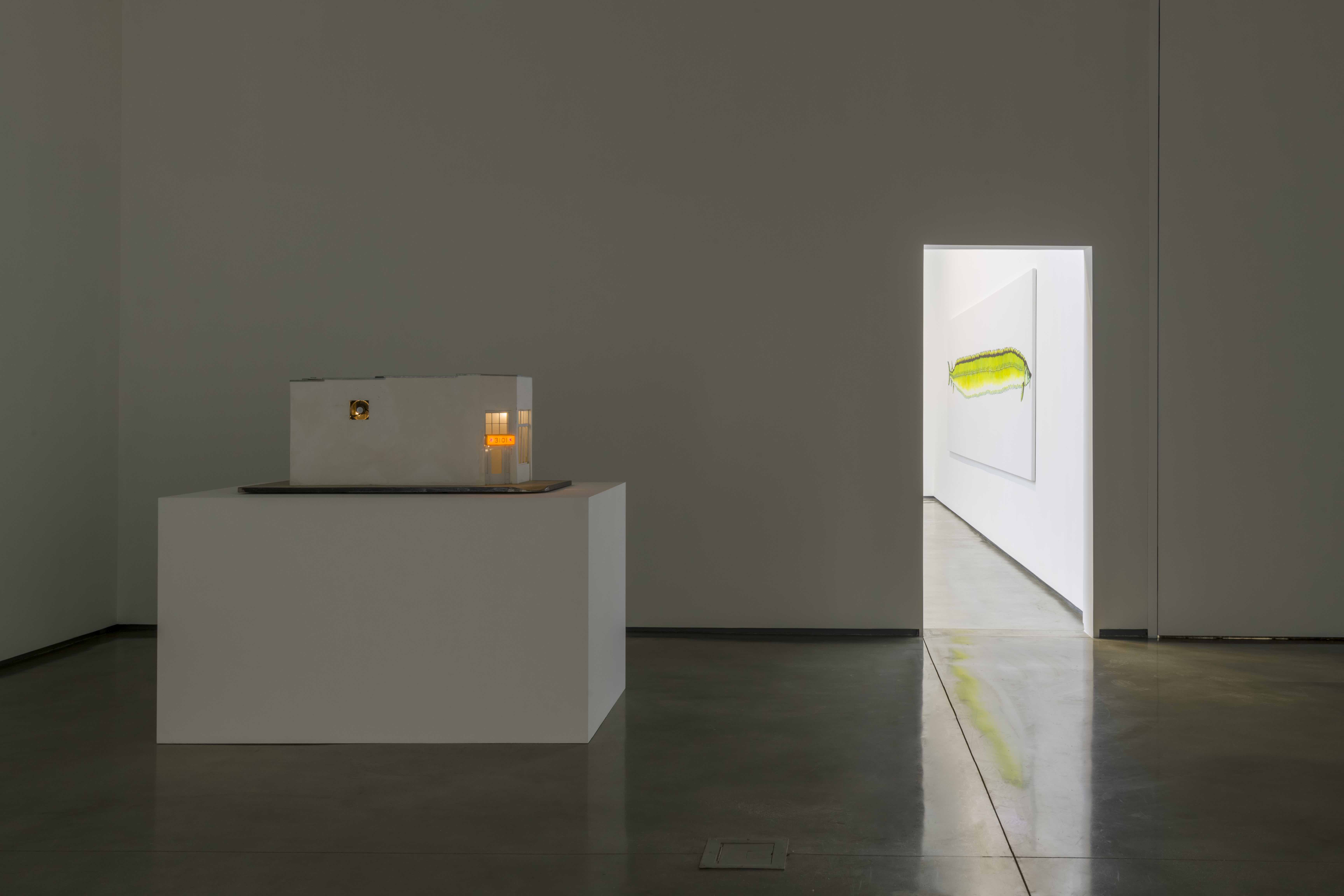 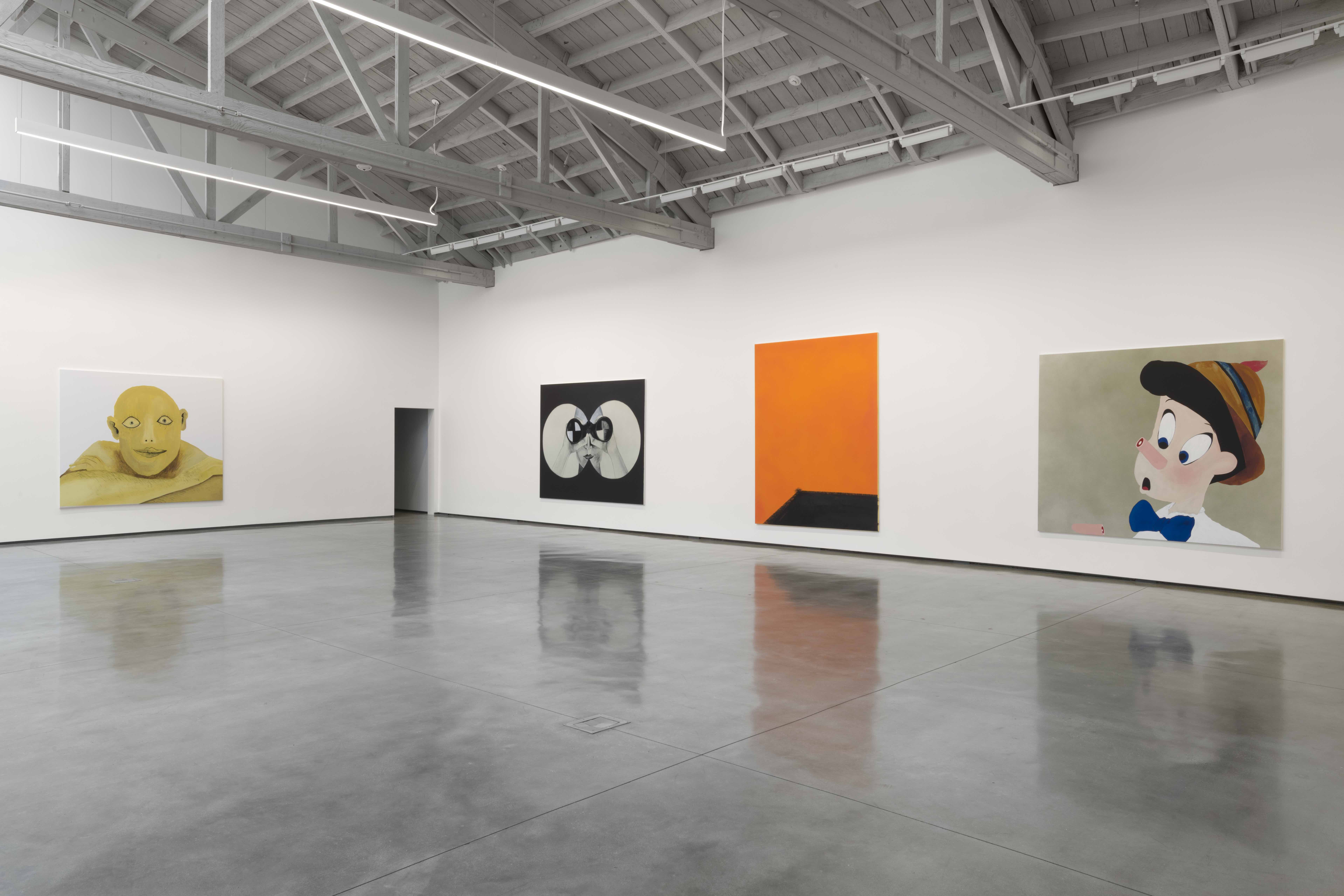 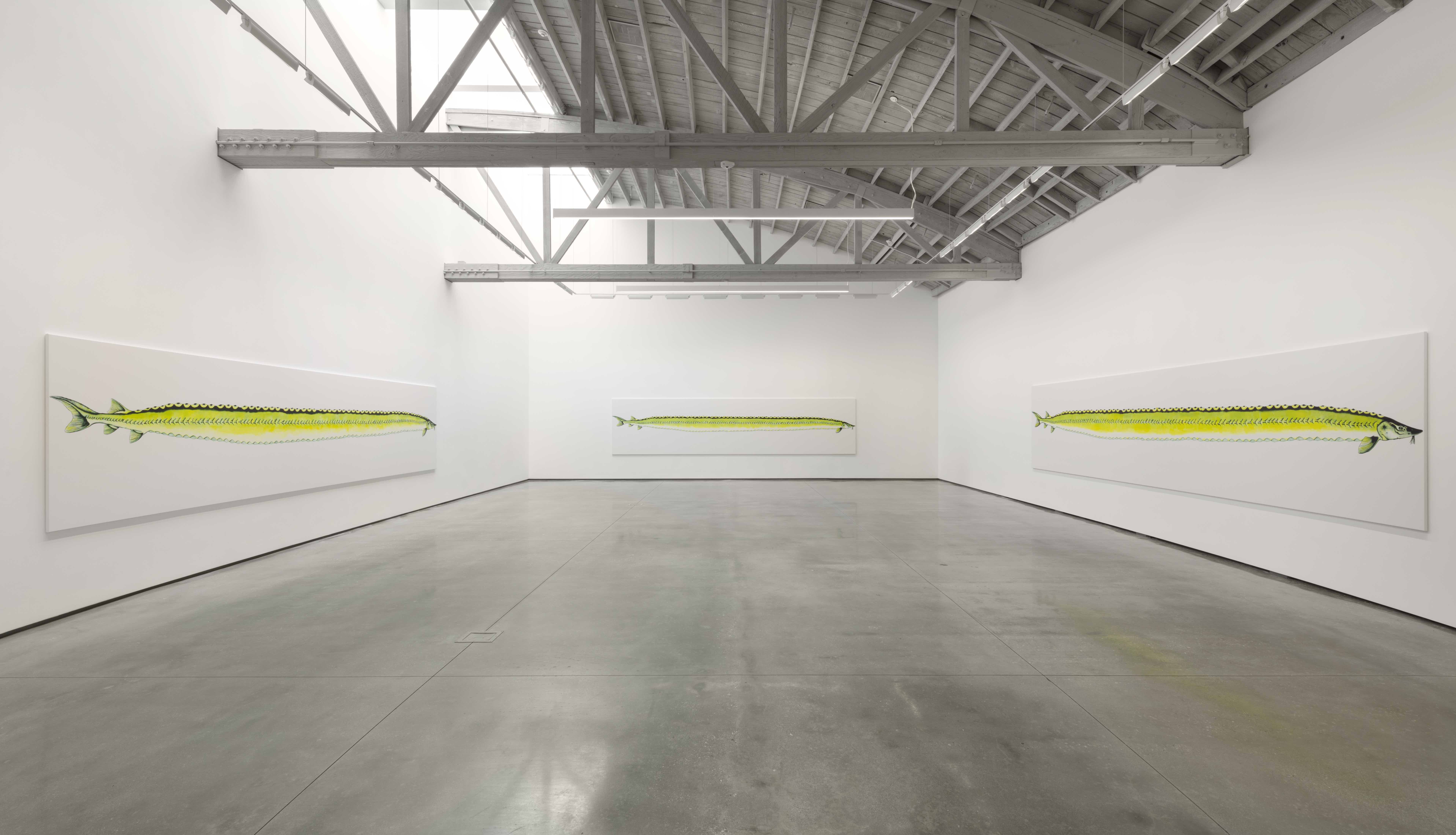