For Laure Prouvost’s first solo exhibition in London since joining Lisson in 2017, the artist has repurposed the gallery spaces at 67 Lisson Street as an educational environment of sorts, offering willing visitors the opportunity to de-learn or unlearn what they have forgotten they already know, and to newly acquire – or re-learn – a language of her own devising.
‍

After navigating a bureaucratic entry point, consisting of the now familiar rituals of distanced movement, attendees will undergo a session of indoctrination in a mock-pedagogical, health-focused institutional setting, through both traditional visual modes of communication such as video, audio and text, as well as through corporeal and tactile experiences. Diptych panel paintings, pitting images against text, test fluency in this new optical and oral vocabulary: flamingo = angry, bread = work and so on. They suggest that any fixed meanings generally ascribed to objects or utterances can be re-wired, re-learnt. While it might seem as though nature has taken over in the next room, thanks to the training previously provided in the exhibition, all participants should now be able to decrypt Prouvost’s codified tableaux and thus fully appreciate the significance of a chance encounter between a goat, a tree branch and a cigarette. Of course, any hieroglyphic or linguistic system is open to interpretation, misuse and bastardisation, so here too the limits of Prouvost’s imposed dialect are proven to be unstable and prone to breakdown.

‍
Upstairs, Prouvost further stretches these etymological methodologies as visitors are ushered into a cocooned screening room for the final stage of edification. Here a new video work entitled Re-dit-en-un-in-learning CENTER (to the Centre of un-in-re-dit-Learn) emphasises and concludes the linguistic training. This film has been co-produced with Van Abbemuseum, where echoes of this installation will occur (from 28 November 2020 to 25 April 2021) and is a sequel to Prouvost’s earlier foray into her unconventional lexicon from 2017, entitled DIT LEARN (using the French for speak, thus pronounced ‘de-learn’ in English), produced for Walker Art Centre, in which the viewer was verbally harangued and visually disoriented by a strobing collage of words and images, translations and slippages that destroyed the edifices of
meaning, recognition, voicing and seeing. In that previous work we were urged to remember that a hammer means ‘no’ and a lizard means ‘yes’ – “this shoe means car,” continues Prouvost in her voiceover, “You cannot find the words for the images you see… All becomes one.” Upon leaving the center, the induction is over and the real-world examination begins,with the ideographic effects of the technique now translating object and signs into Prouvost’s language.

‍
These inquiries into the sensorial imparting of knowledge, the processing of people and the transliteration between modes of thought has developed in the artist’s practice over many years, as seen in her watery and labyrinthine pavilion for the Venice Biennale: ‘Deep See Blue Surrounding You’. It is also a continuation and part-realisation of her 2019 book, Legsicon, made for a major solo show at M HKA in Antwerp, in which she gave dictionary definitions for some of her principal themes (artist, boobs, bums, digging, dreams, dust, family…). In this book written pre-COVID 19, Prouvost defined language much as we have come to understand human contact in the intervening months: “Hard to use well. Spreading. Helps communication between humans but also misunderstanding.” There may well be an innate portion of
language that we experience or ‘pre-learn’ while growing up, but there is much beyond that which is put upon us, handed down and force-fed to us over the years. As with Prouvost’s recent work on the London Underground, ‘You are deeper than what you think,’ any journey towards understanding, defining, belonging, naturalisation or departure (including Britain’s exit from the EU) can be full of false-turns, bureaucracy and box ticking, with both physical and linguistic barriers often
impeding the connections necessary to build relationships, create meaning and ultimately, define love.

‍
About the artist
Language – in its broadest sense – permeates the video, sound, installation and performance work of Laure Prouvost. Known for her immersive and mixed-media installations that combine film and installation in humorous and idiosyncratic ways, Prouvost’s work addresses miscommunication and ideas becoming lost in translation. Playing with language as a tool for the imagination, Prouvost is interested in confounding linear narratives and expected associations among words, images and meaning. She combines existing and imagined personal memories with artistic and literary references to create complex film installations that muddy the distinction between fiction and reality. At once seductive and jarring, her approach to filmmaking employs layered storytelling, quick edits, montage and wordplay and is composed of a rich, tactile assortment of images, sounds, spoken and written phrases. The videos are often shown within immersive environments which comprise
found objects, sculptures, painting and drawings, signs, furniture and architectural assemblages, that are rendered complicit
within the overarching narrative of the installation.
‍ 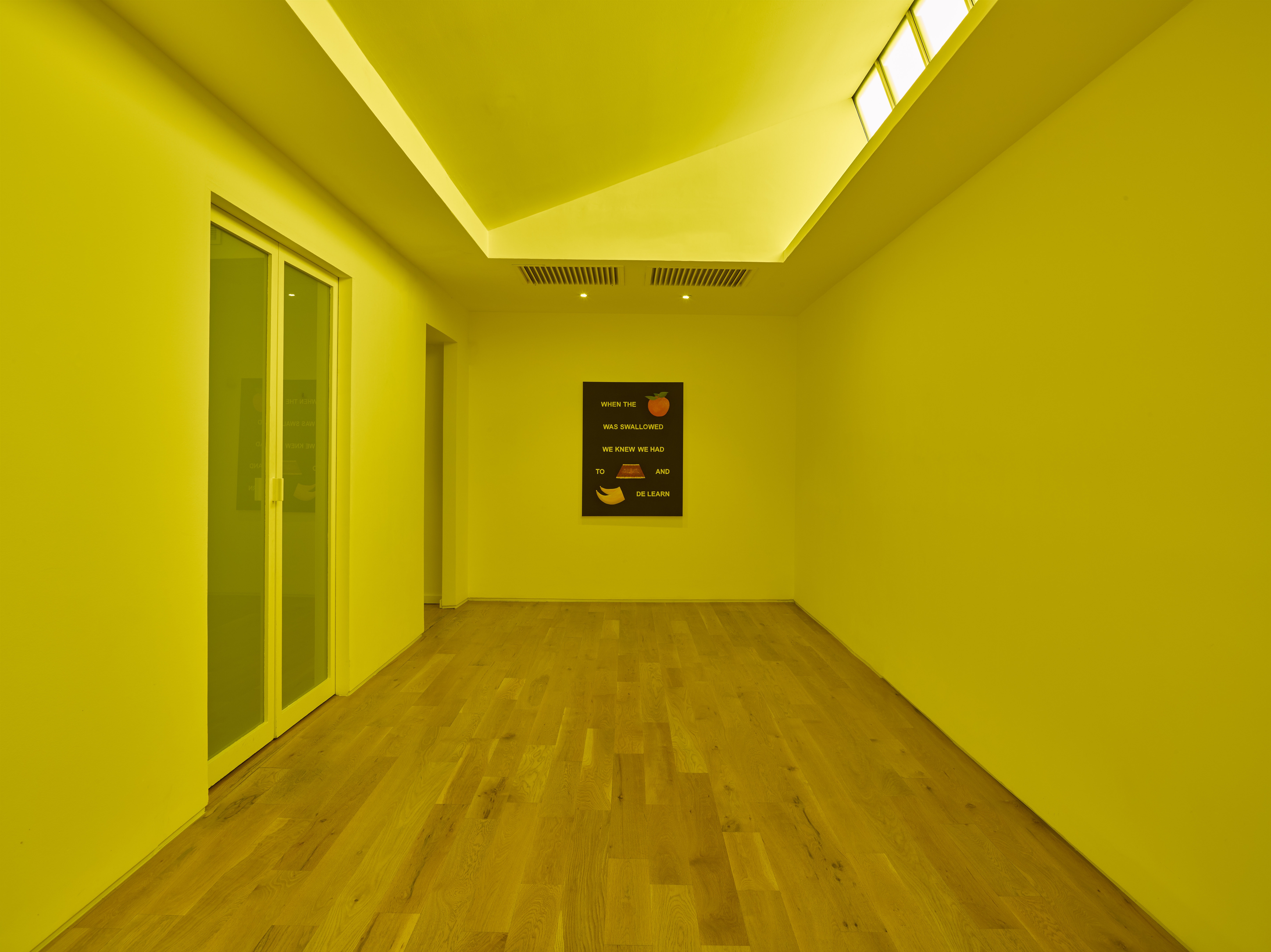 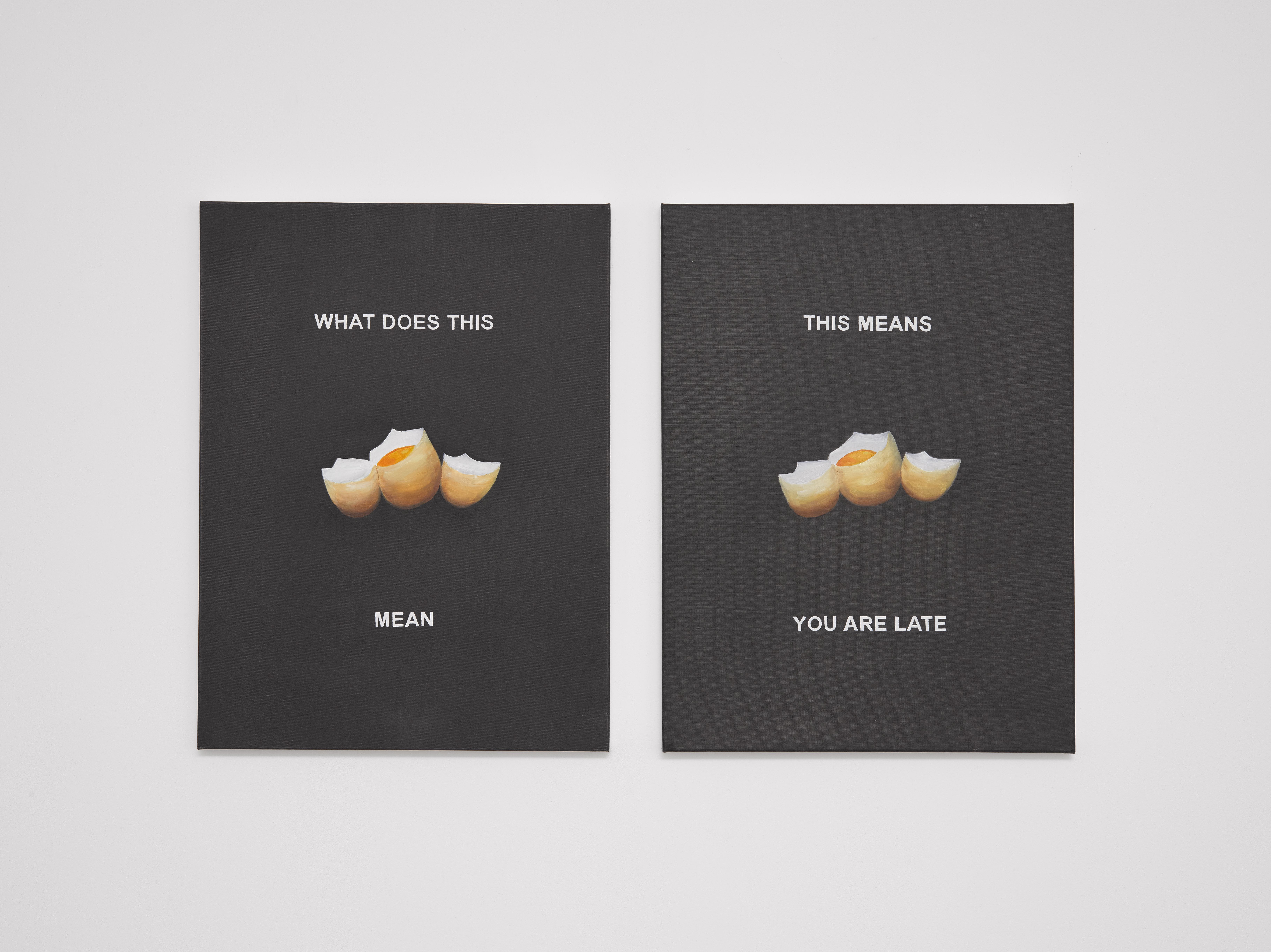 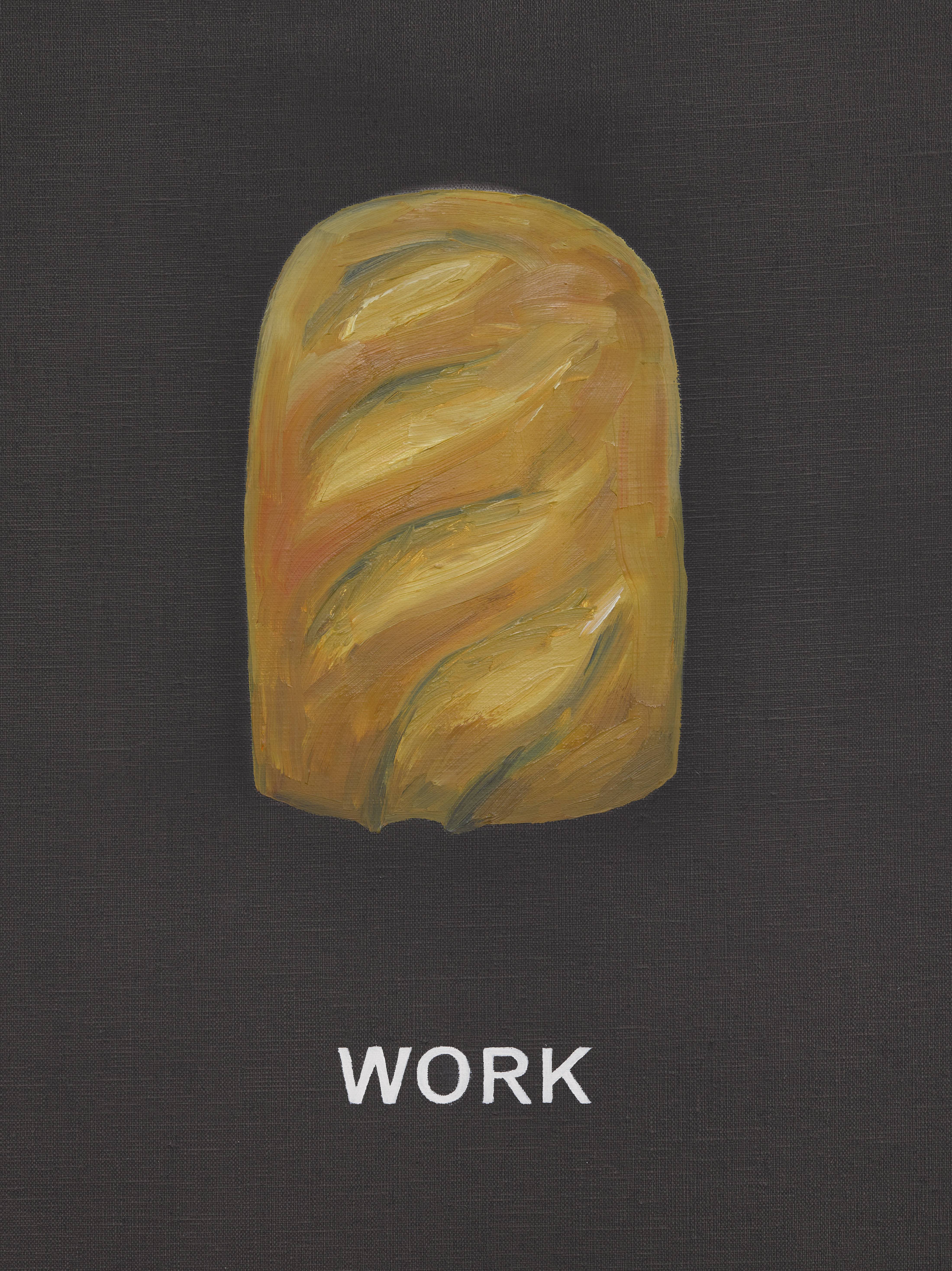 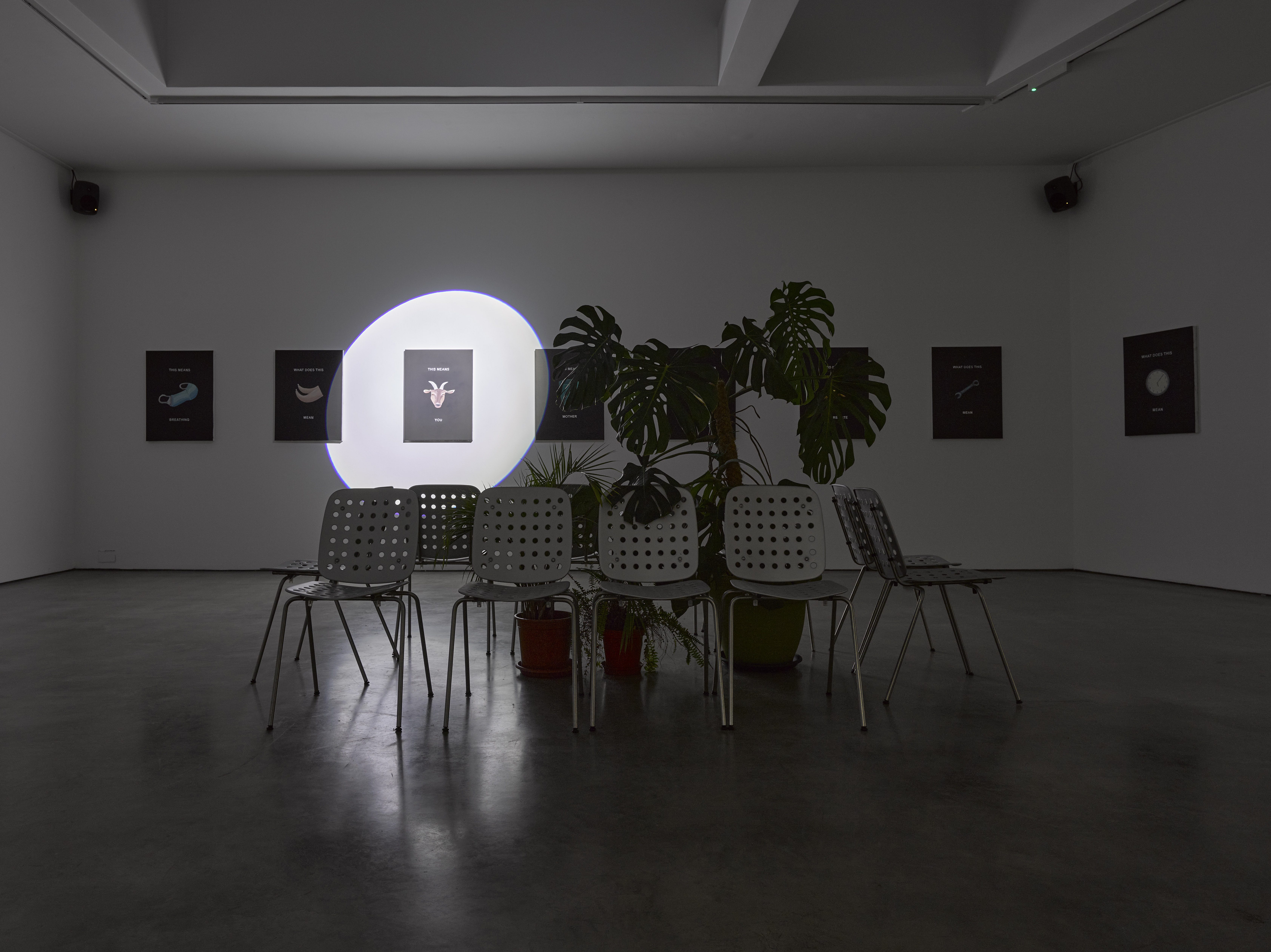 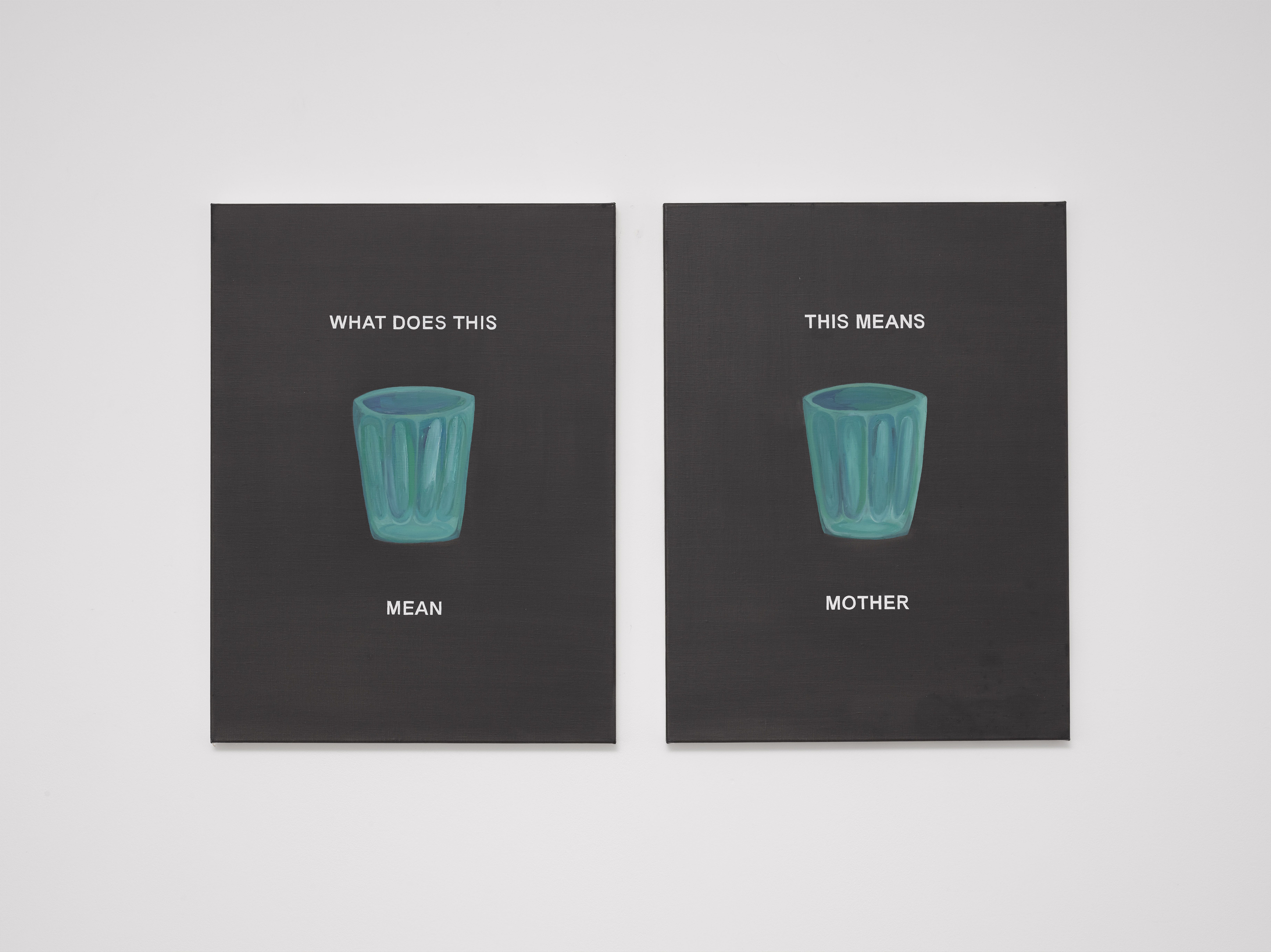 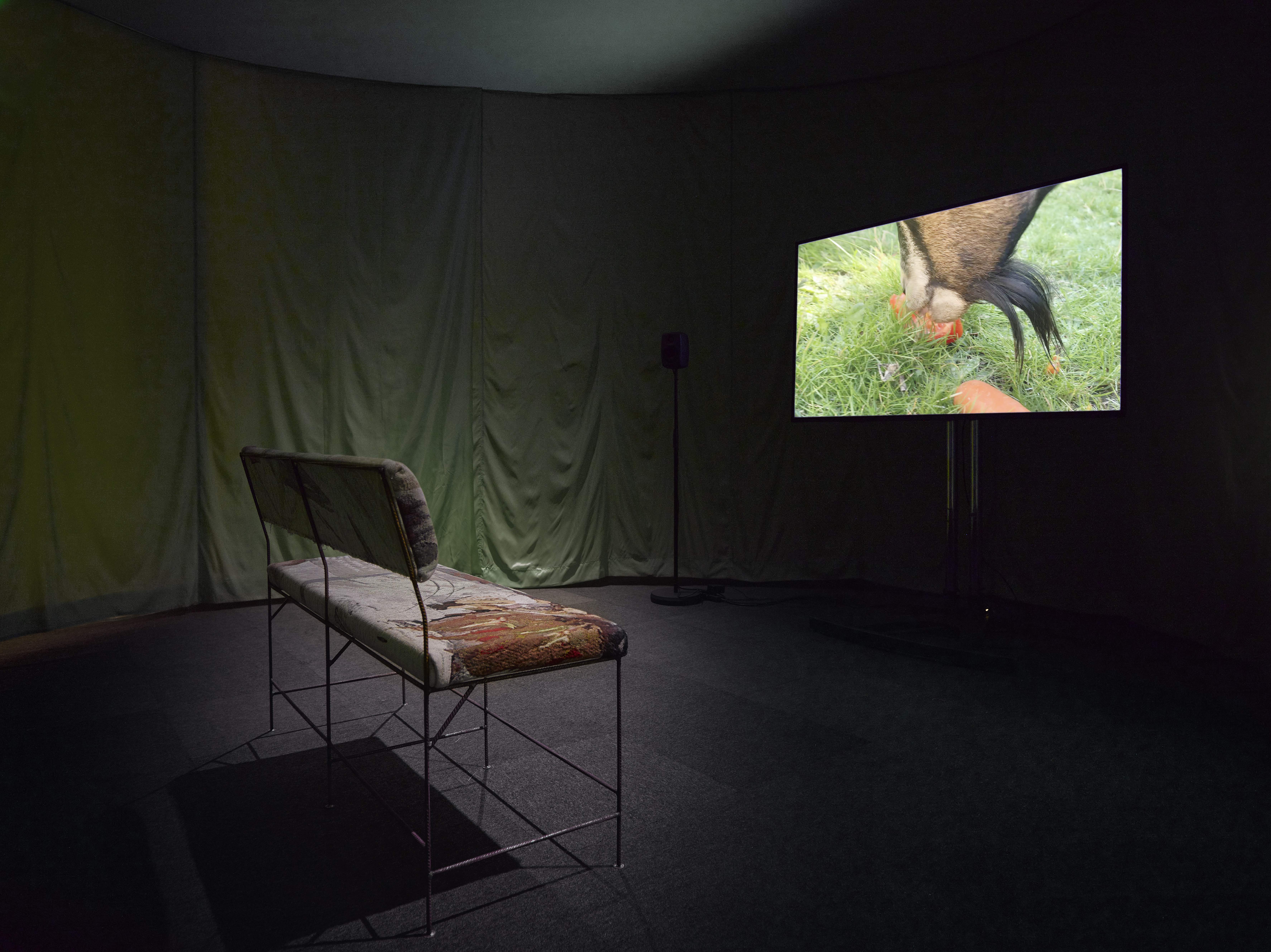 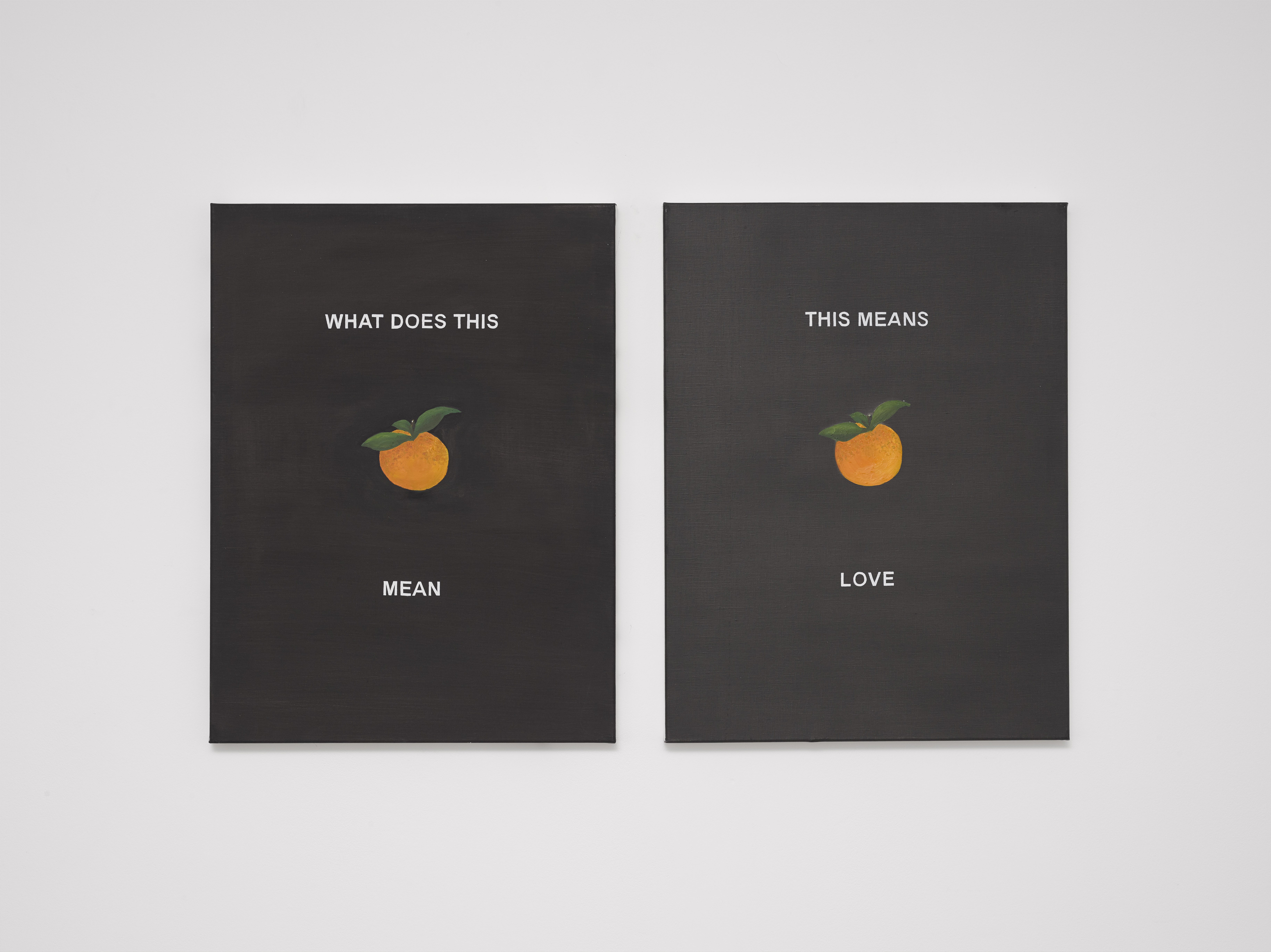 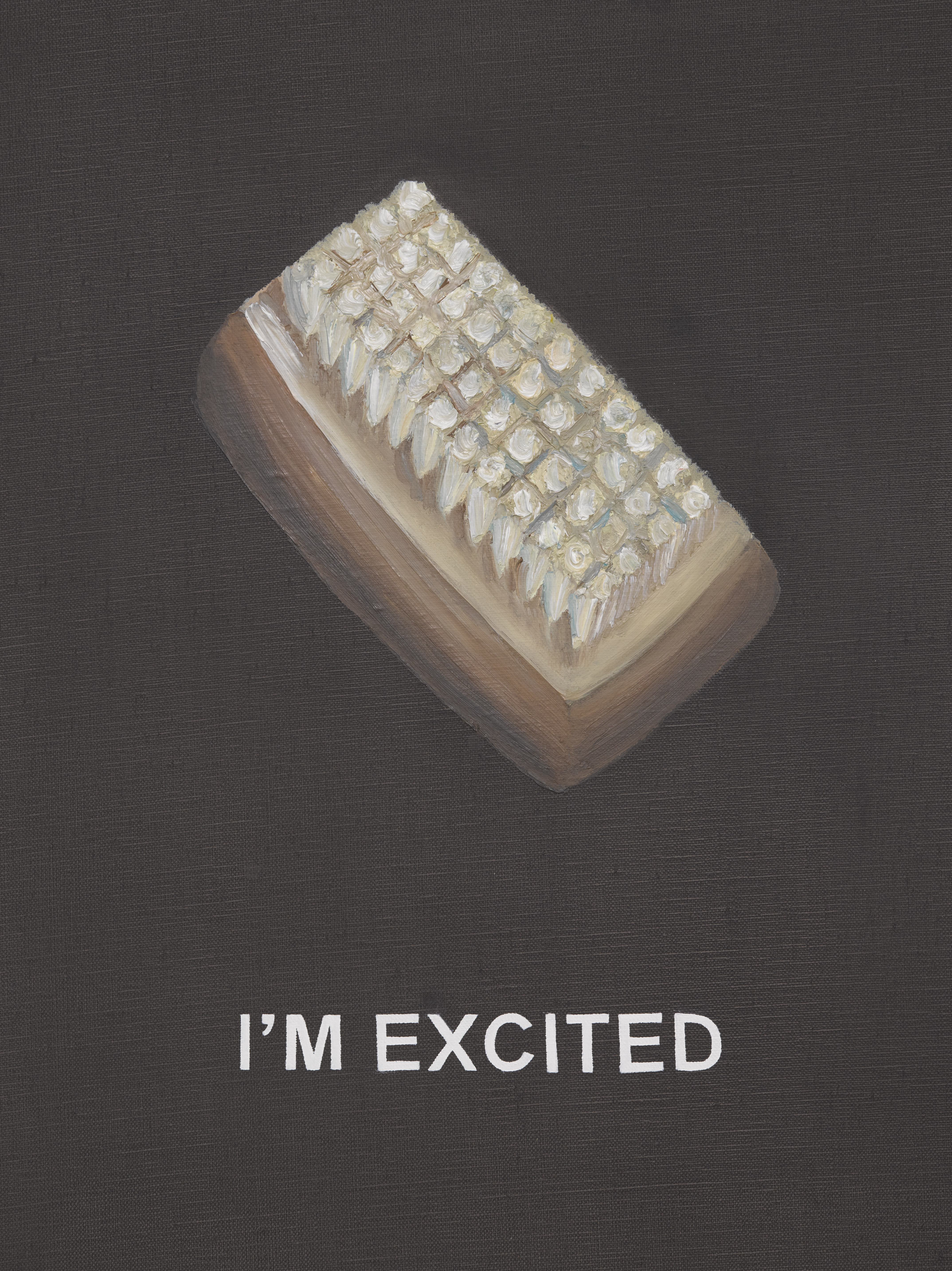