Sur le fil / On the Edge

Lenoir's paintings are like sour candy. They shock you right away, assaulting your taste buds, releasing sugar and citric acid. The colors persist on your retinas. The next day you are still thinking about this pleasurable moment, and twenty years later the sensation remains, like the most intense feelings of your childhood.

These landscapes, interiors, and buildings are as ephemeral as memories, bearing the nostalgia of the past. Like snapshots from an old photo album or flashes of dreams, they are unified through light around the human figure. An ambiguous hedonism inhabits these visions, drawing on the multiple identities of Alexandre Lenoir and influenced by the Caribbean (he lived there during his youth and is from there by his mother), Morocco (where he did a one-year residency), and the industrial neighborhood of Paris where he has his studio. With their large scale and their location on the lower level of the Brussels gallery, these works immerse the viewer in a visual experience that recalls diving into a pool. The diaphanous light of these paintings is offset by shifting color ranges, a textured appearance, and figures that are lacking in detail. This realism echoes the work of many 21st-century painters, including Peter Doig, Daniel Richter, and Adrian Ghenie, indulging in all the pleasures of this age-old medium while still offering a reconstructed digital vision of reality.

However, when you move closer, you realize that something doesn't fit with this initial impression. The image is made up of multiple layers dotted with small, well-defined marks that are similar to pixels. Some parts of the image are extremely clear, while others seem wild and uncontrolled. You suddenly get the sense that this painting was not simply produced by the artist grappling with flashes from his unconscious.

‍
Ever since Plato's allegory of the cave, the Western world has considered the image to be an illusion, a mere representation of reality. But Lenoir's work is not focused on the projected image as a debased dimension of reality, but on the very way in which it is transposed. His
paintings are made of layers of color washes. Between applications of layers, the canvas is "prepared" by being covered with thousands of tiny pieces of adhesive tape by his assistants. When the canvas is covered with a new layer of paint, the scotch tape keeps parts of the
canvas in reserve, letting us see a transparent lower layer, a technique borrowed from watercolor. The artwork is built on a collaboration involving Lenoir and the images he chooses, the order of operations in its production, and his assistants, who interpret his instructions. Lenoir paints "blindly," using a principle that recalls the technique of Simon Hantaï: he does not know what the image will look like when the scotch tape is removed, just as Hantaï's paintings were "revealed" when he unfolded them. The same process is repeated several times, each layer interacting with the previous one, depending on the medium (acrylic or oil), the preparation, and the painted surface (front or back).
Combinations, layering, and transparency are all part of the variations. The painting seems to paint itself. Lenoir's method resembles electronic music, which is made by mixing and sampling. This controlled randomness generates nicely painted areas but also aberrations that irritate the eye. Lenoir has determined every step in the process, including accepting loss of control and destroying the paintings that do not meet his standards.

Painting is an activity, and paintings are objects. Lenoir sees himself as a painter through and through: everything he does is painting, no matter how it is produced or what the result is. From this confidence stems the great freedom in his work. Not yet thirty, he could have chosen the easy path of simply being a talented painter. Instead, he throws up obstacles to his talent, and puts himself in danger by letting go. Controlling everything but multiplying randomness, planning and developing his artistic production without imposing a definite direction, going against the grain by employing discordant techniques — all these strategies allow him to continue to create in defiance of what's obvious or in good taste, staying always on the edge. 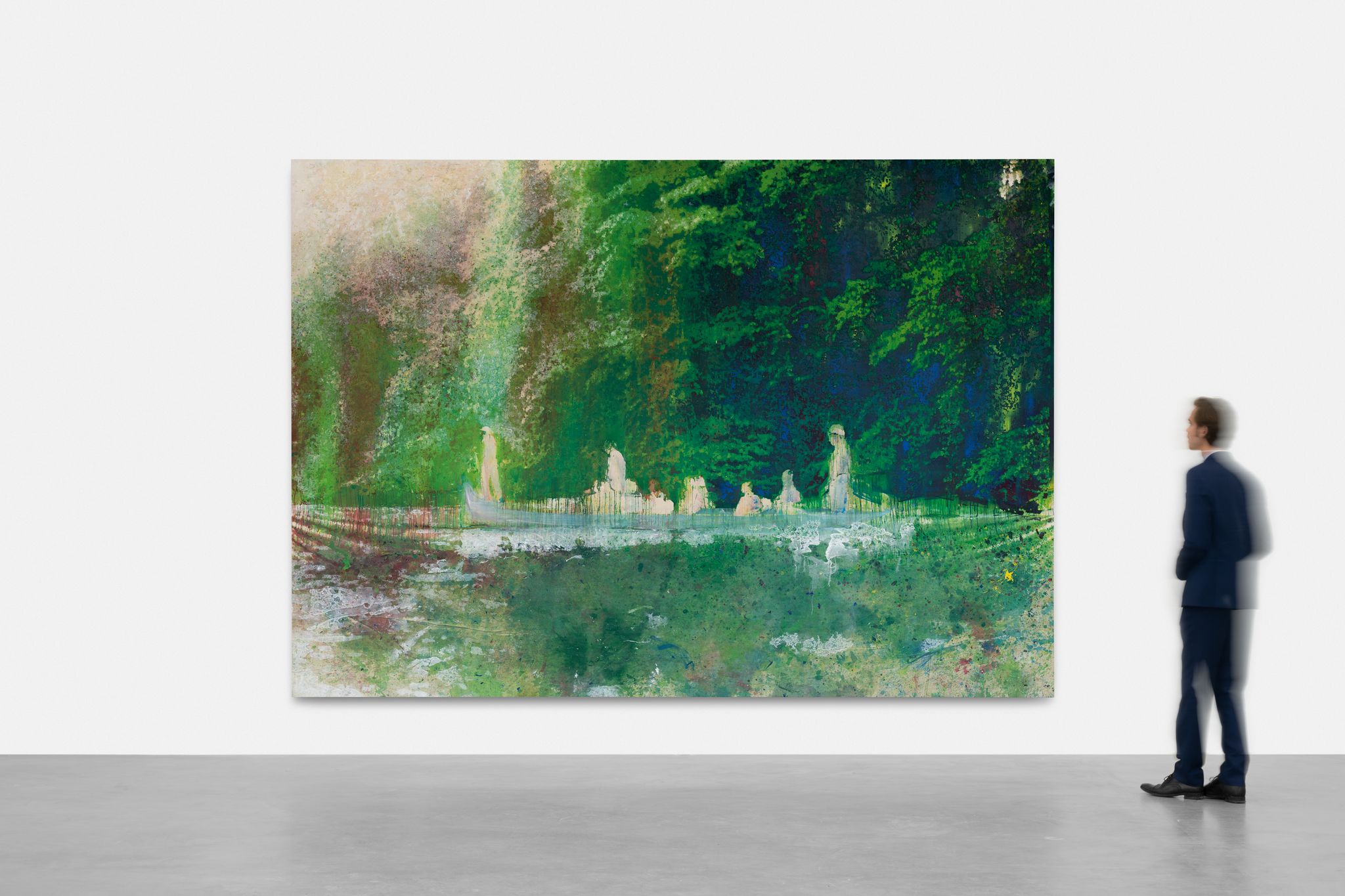 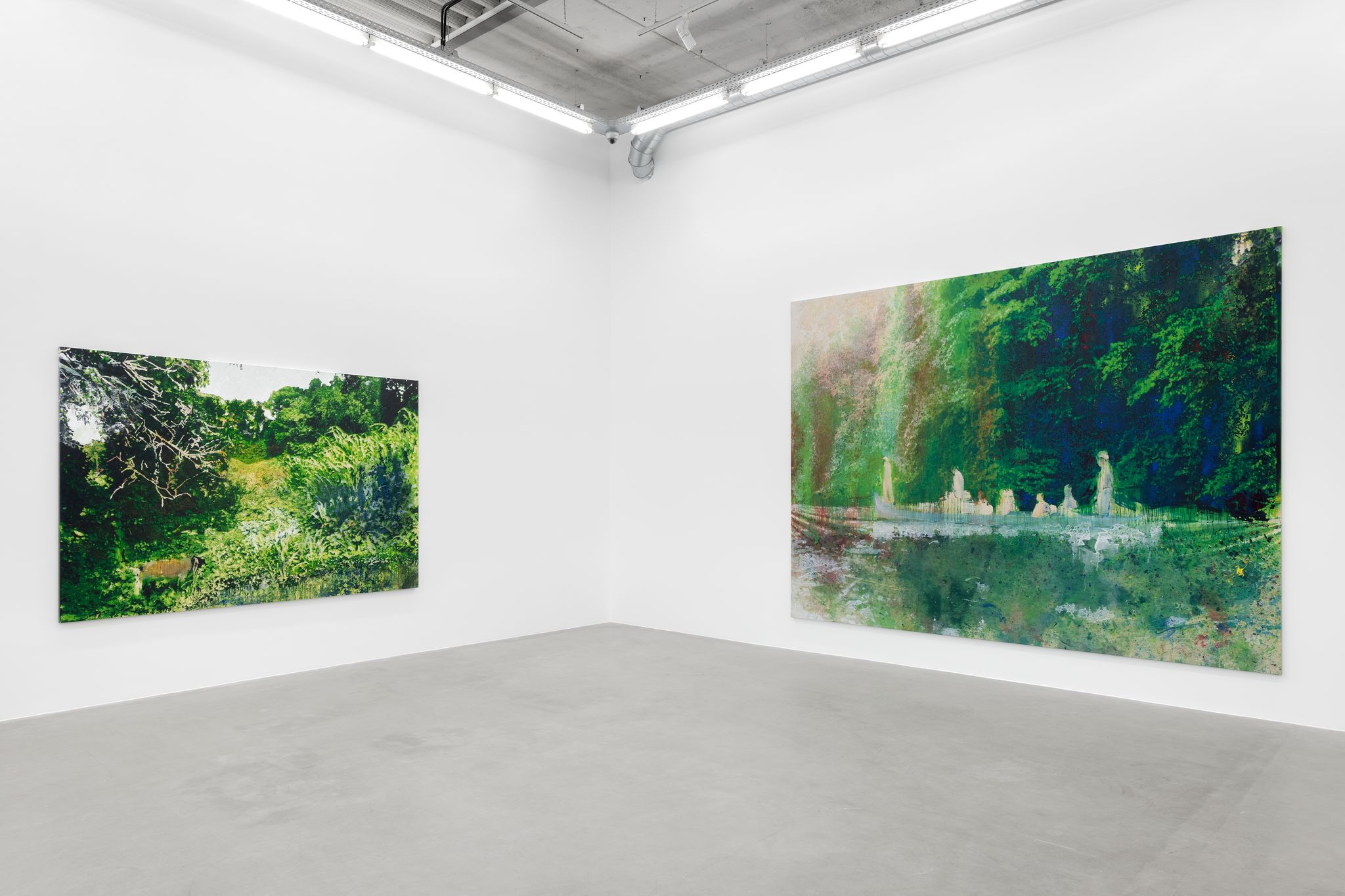 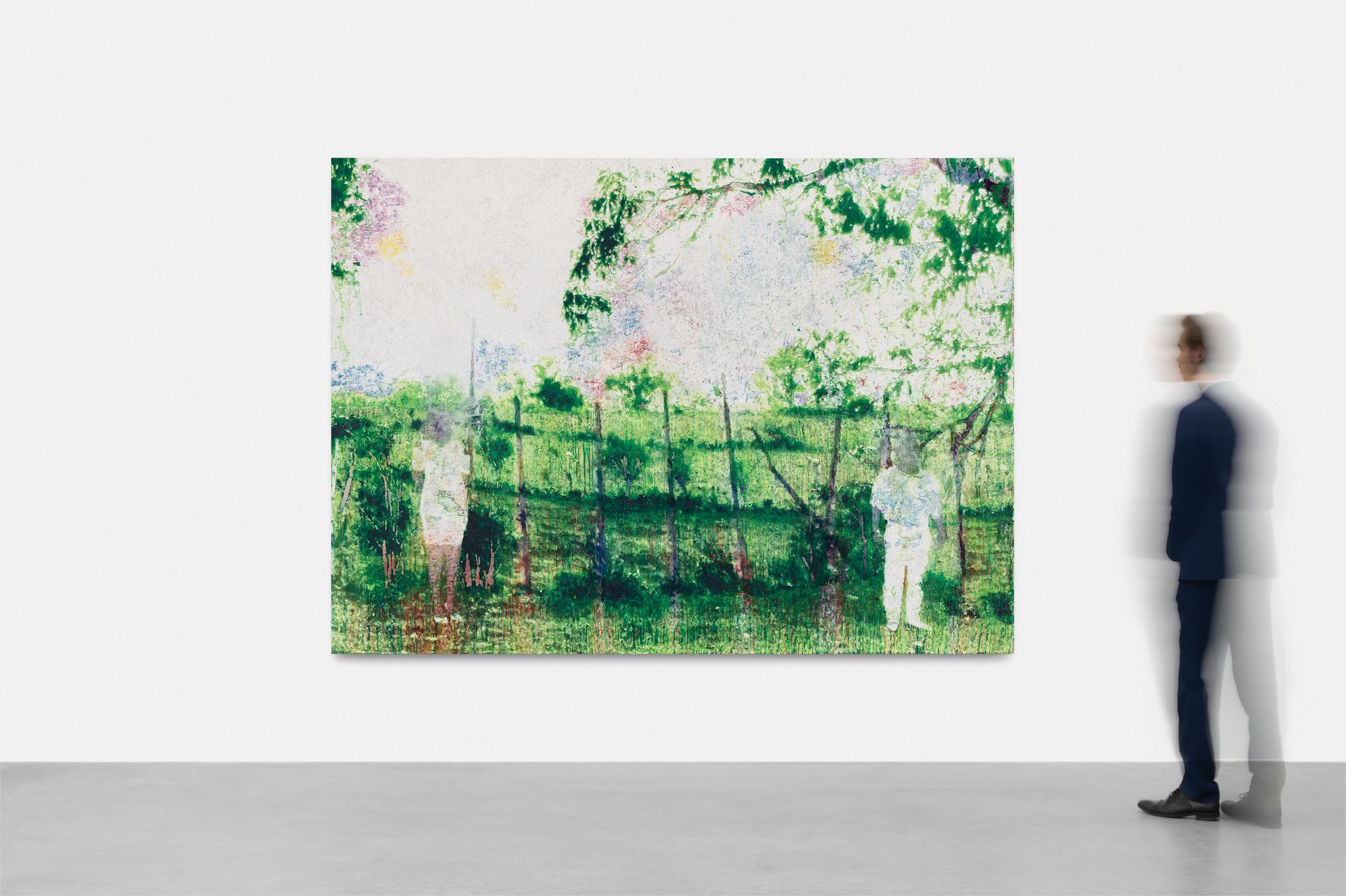 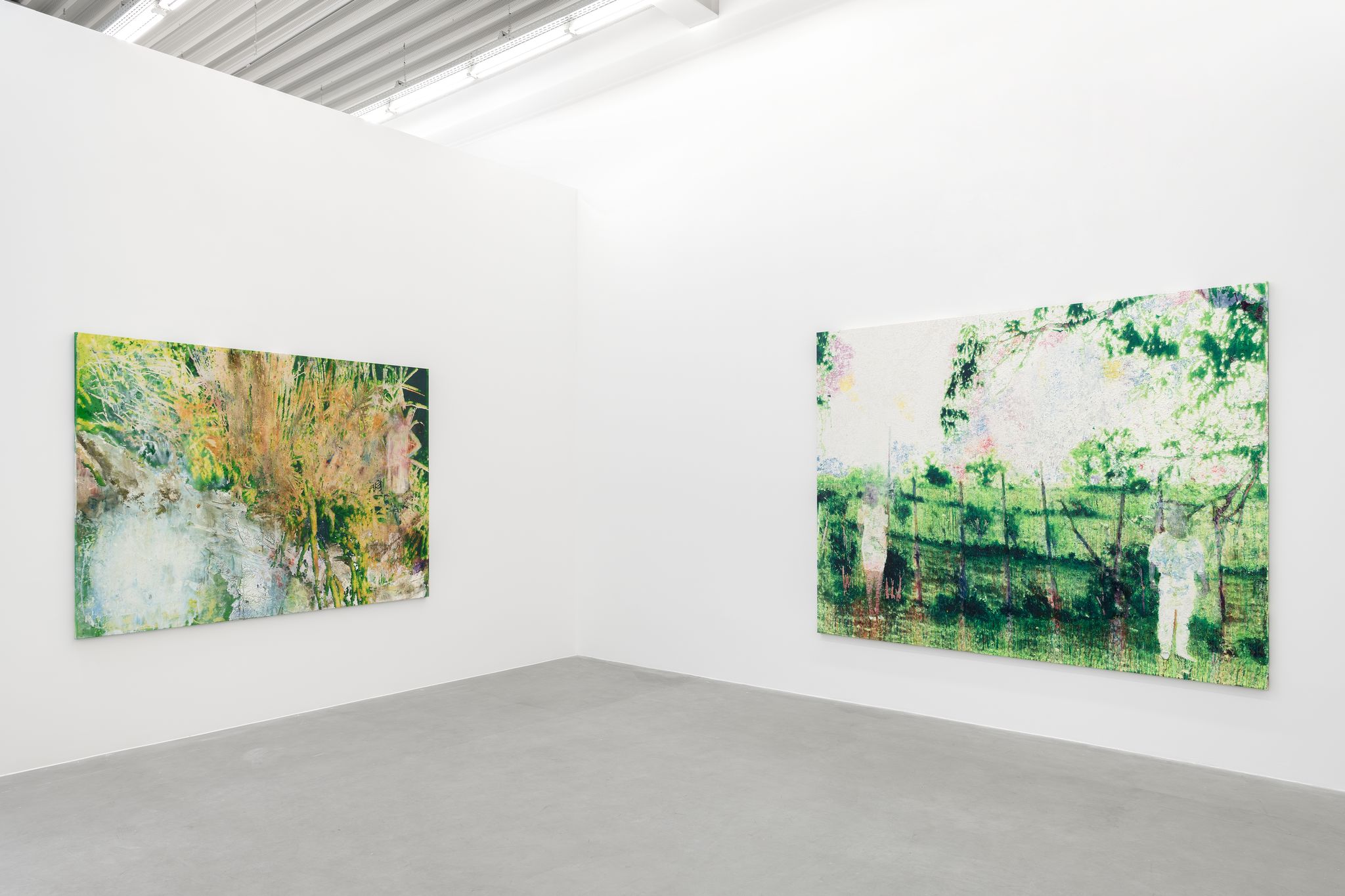 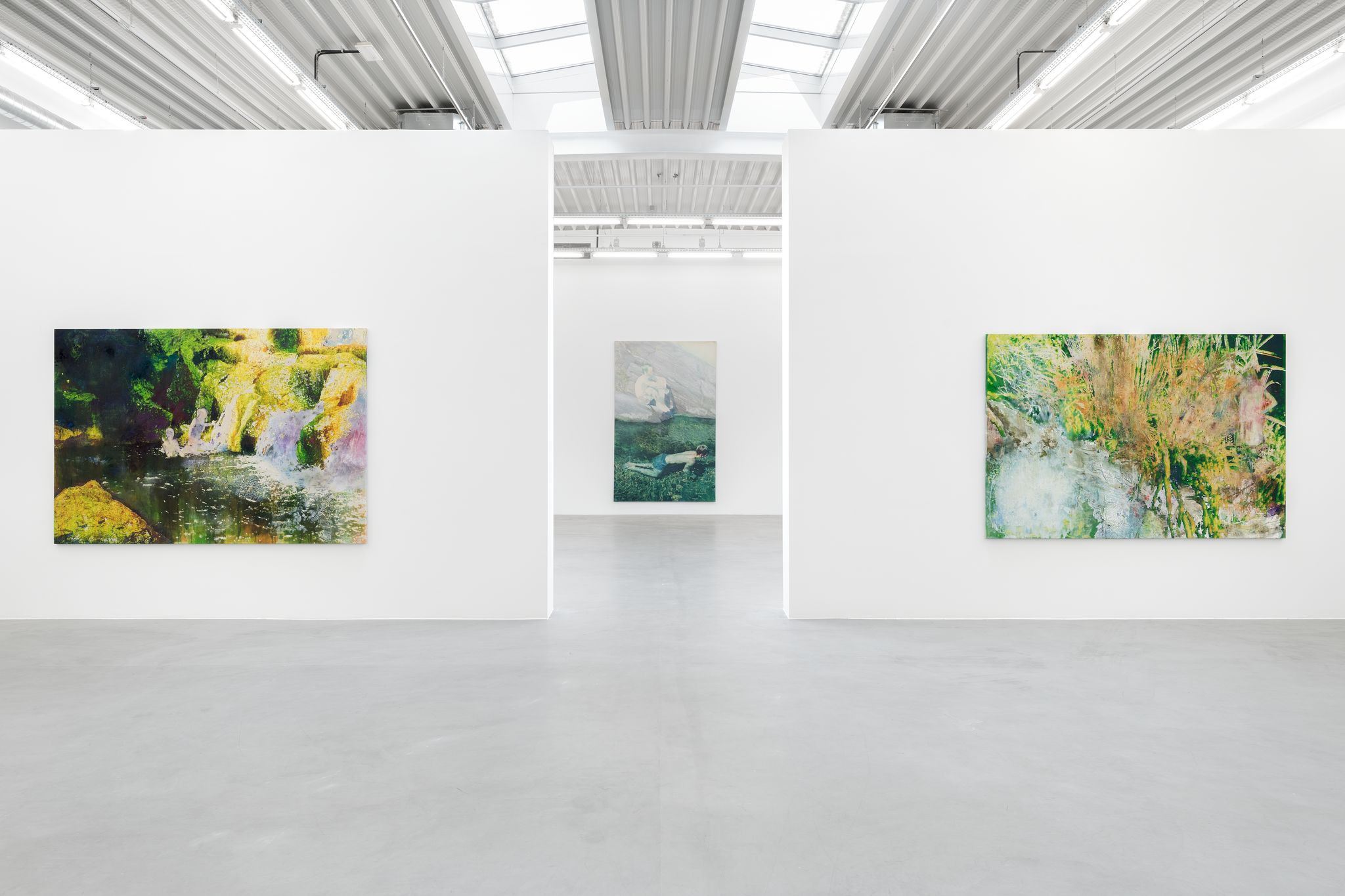 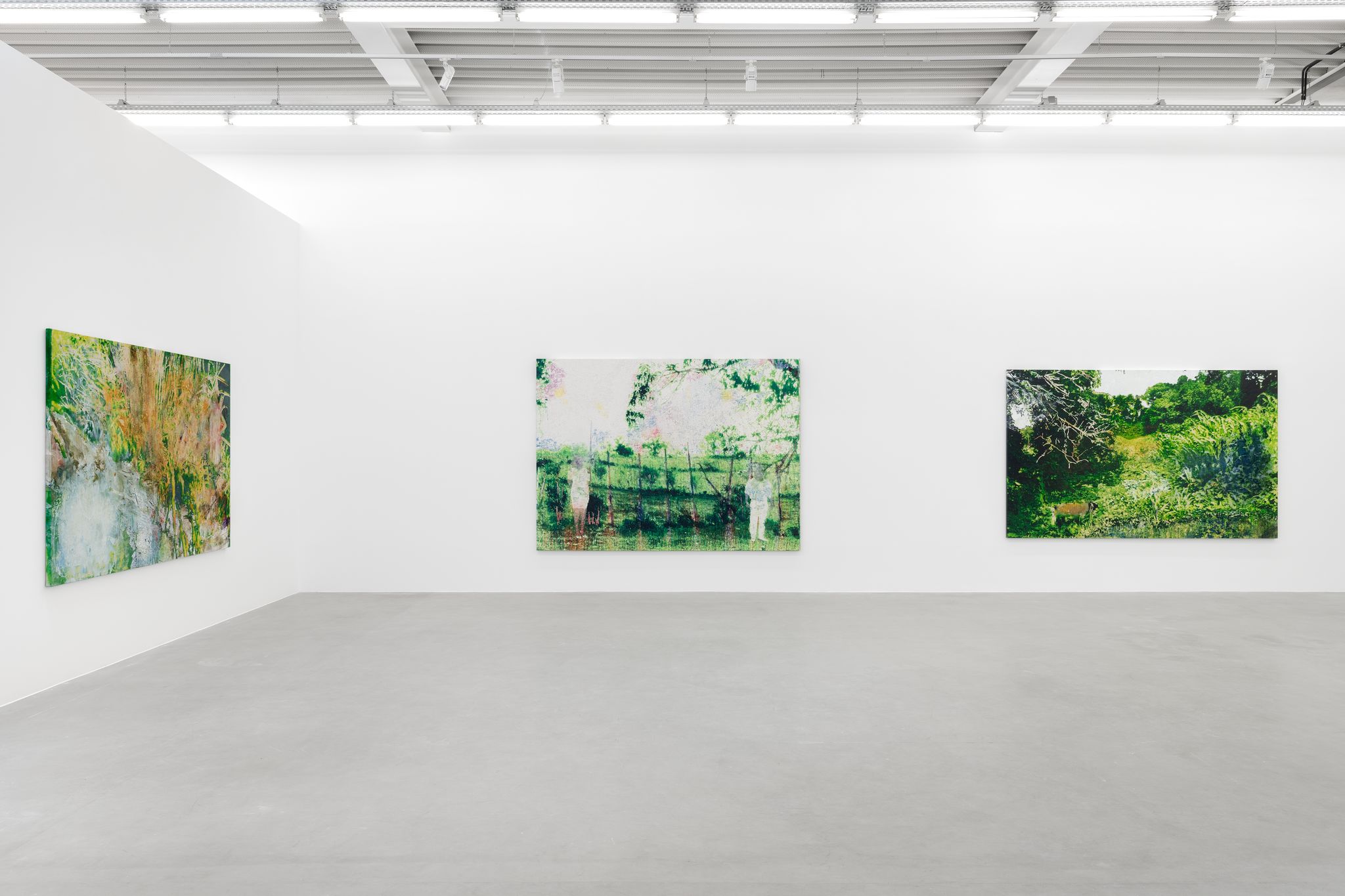 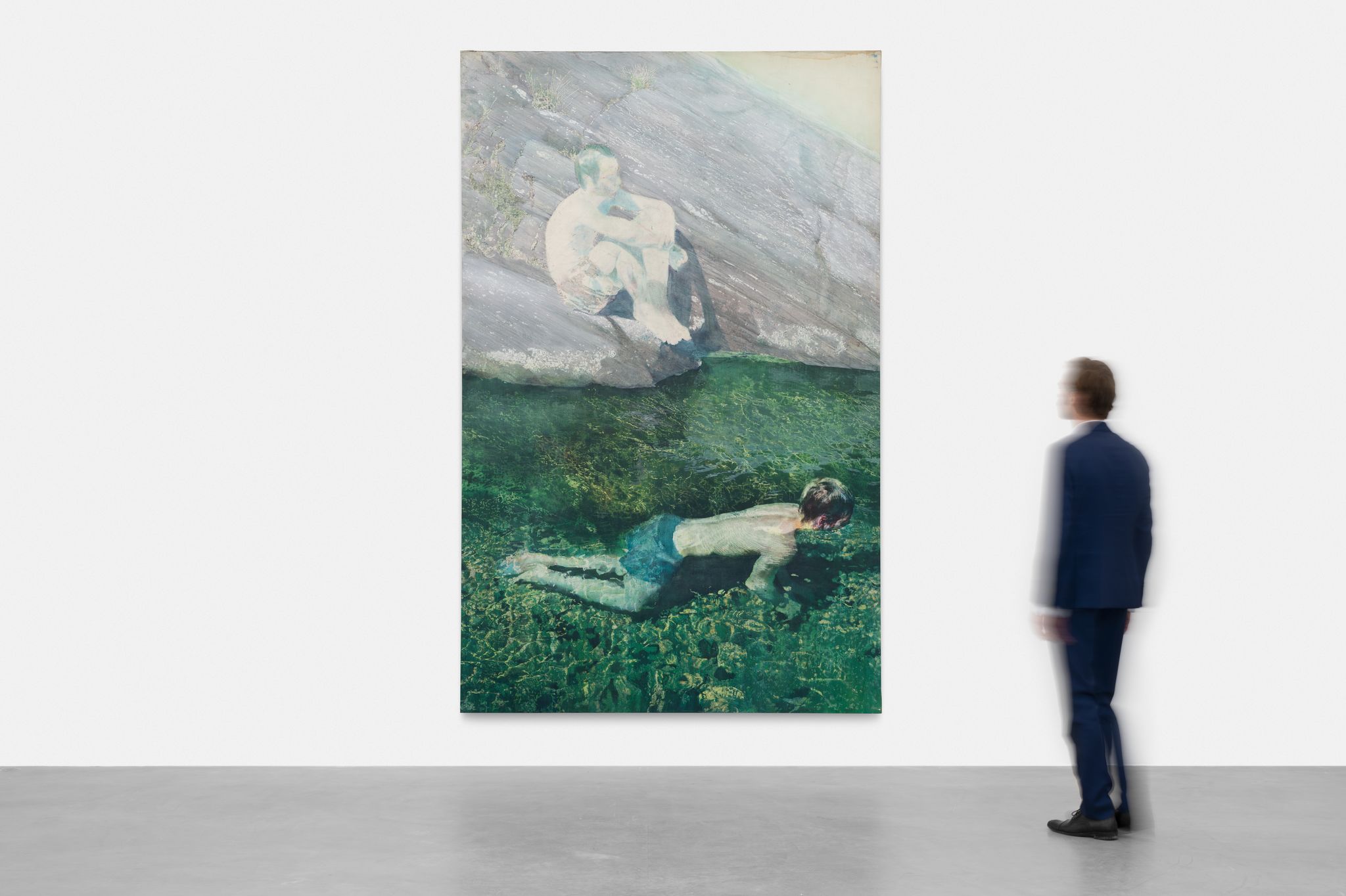