A great number of ambitions have been pinned on abstraction, in its many different tendencies, and some of them reappear in the painting of Guillermo Pfaff. Golfo de Roses, conceived as a landscape, a place or state of mind, the famous stimmung, and the title of the current exhibition at Heinrich Ehrhardt Gallery, presents several series of works organised according to their pictorial processes.

Certain elements point to the key principles on which the artist’s new paintings are based: flatness, chance and the arbitrary nature of the sign.

‍
While one line of paintings leads to approaches and interpretations closely linked to the avant-garde, another, of more complex legibility, tends towards reductionism and a visionary conception. As in cubism, in some of Pfaff’s paintings, those more inclined towards the constructive and the architectural, the more structuralist, processes are separated and constructed with fragments, amid a Cezannian visual shift of contiguous elements and a chromatic scale ranging from Morandi’s greys to Braque’s browns. From this first step towards the destruction of depth, reinterpreted from cubism, Pfaff progressively distances himself from the symbolic towards a luminous, clear abstraction. This deconstruction gives way to other possible references in a vast imagery: Buren’s reductionism of the early 70s and his striped canvases and Barré’s spray paintings relate to Pfaff through the idea of absence. Pfaff, like Buren, does not make a firm distinction between the painting and the canvas itself; his painting is sometimes canvas, and the latter directly becomes painting. And while Barré suppressed any lyrical or expressive quality, Pfaff eliminates pictorial ‘cuisine’.
‍

His painting has gradually become flatter and his signs do not refer to anything but their own nature. What for linguist Ferdinand de Saussure, in his research into the arbitrary nature of the sign, was a chimerical concept, is now, for Pfaff, something visionary. In the most recent paintings produced for this exhibition, the pictorial automatism inherent to much of his painting disappears in favour of appearance. Forms, the sign and significance come into the picture in an unfamiliar and revealing
way. There is no gesture. With this absence his painting is organised into interdependent units which, although similar in sign and signifier, acquire a different significance on each occasion thanks to their position and relationship with the others. An example from Saussure perfectly illustrates this matter: ‘I eat’ and ‘I ate’: a small variation in letters which causes a big change in meaning. Pfaff’s work is also full of forms and letters. Letters which are also forms. The appearance of the sign
is an exercise of interpretation about the extreme visibility of his signature on the canvas. A signature formed of various letters (PFAFF) which, aside from their significance and linguistic referent, play a decisive role in the formal and the pictorial.

‍
However, in Pfaff’s new utopian vision, and in this ‘simultaneity’ of sign and significance, form and colour, abstraction does not necessarily aspire to evoke the transcendental. Or at least the transcendence not asserted in pictorial nature itself, which Kandinsky pejoratively referred to as ‘ornamental’. There is consequently something very retinal and immediate in this painting which gives rise to the idea of a landscape formed of flatness and smallness. A resonance, a landscape
dissolved in colour and light. The triangle, a much-repeated form in his paintings, does not so much imply an ‘eclipse’ as a dawn. And far from the victory over the sun celebrated by Malevich, Pfaff’s is a more empirical rather than spiritual approach. From the suprematist zero state to an initiatory abstraction situated in a later time, which leads us to the assertion of Sherrie Levine, rereading Barthes: ‘A painting’s meaning lies not in its origin, but in its destination.’

‍
Another important matter is this exhibition which again has to do with process, with language, with the function of the sign and with skill, is chance. And chance is a transgressive mechanism with regard to the annulment of ability or practice and to the presumed stability of language in its multiple repetitions. Accidents or ‘sudden events’ are an important part of the work of the artist, who has used, in some of his recent works, chance and lack of technique through the exercise of throwing
cutout forms onto a piece of paper (sometimes thrown by somebody else), abandoning the idea of authorship, execution and composition. Duchamp and Arp now appear as referents, but so does Twombly and his randomness to avoid composition, Thomas B. Hess and his constant rubbing out and starting again, Barnett Newman’s idea of a ‘finished’ picture as a fiction and the continuous reorganisation of cardboard cutouts on which Raoul de Keyser’s composition is based.

‍
But if the forms in Pfaff’s painting concern history, and his series of works question, with the painting itself, the objectivity of the front and back of the work, of what is visible and what is not, and do so universally, contemplating what belongs to us and what we belong to, from a common landscape and a shared space, through the dissolution of the limits which separate the interior and the exterior, the self and the world, one could ask oneself the same question as Lord Byron in Childe Harold’s
Pilgrimage: ‘Are not the mountains, waves, and skies as much a part of me, as I of them?’ 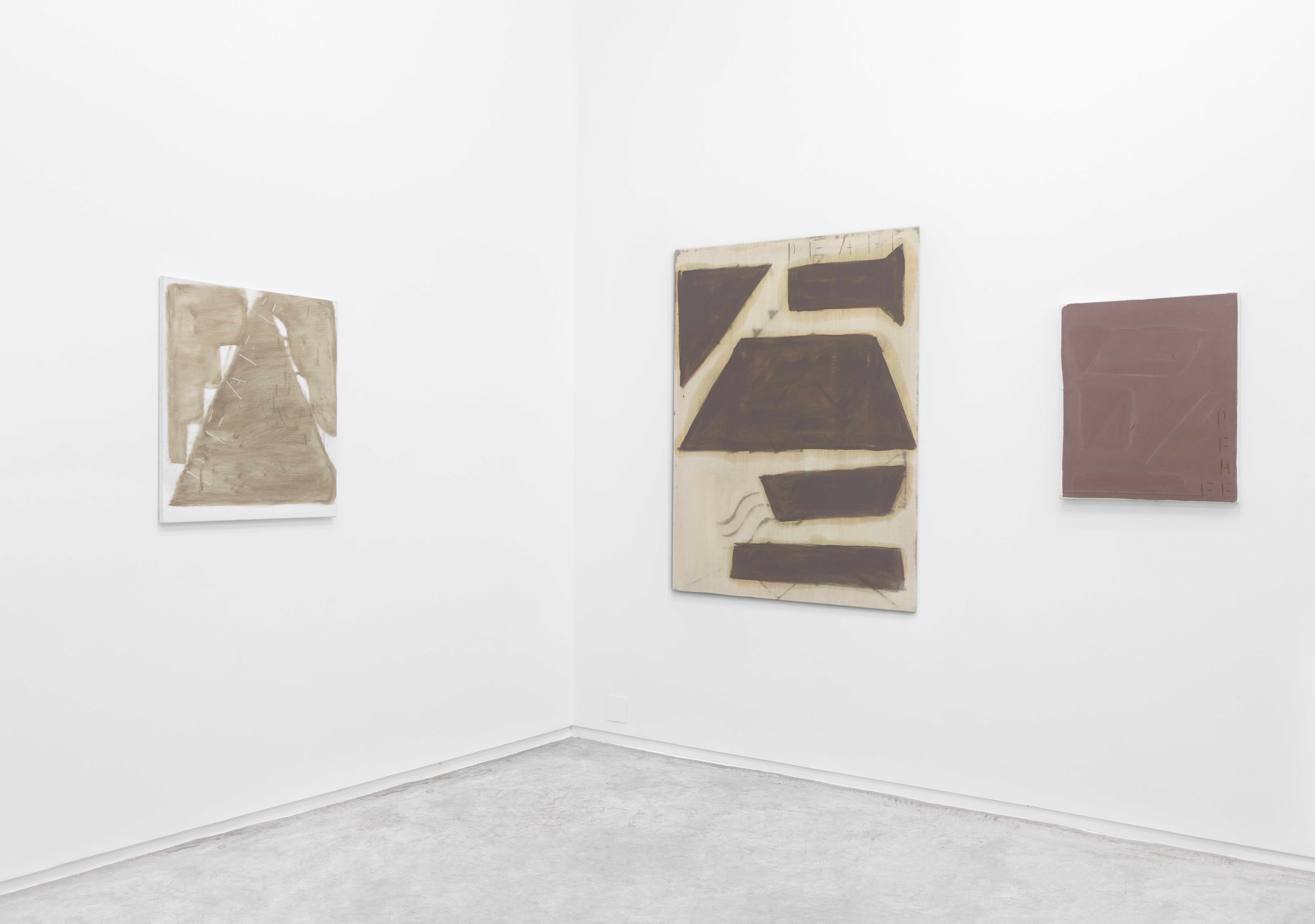 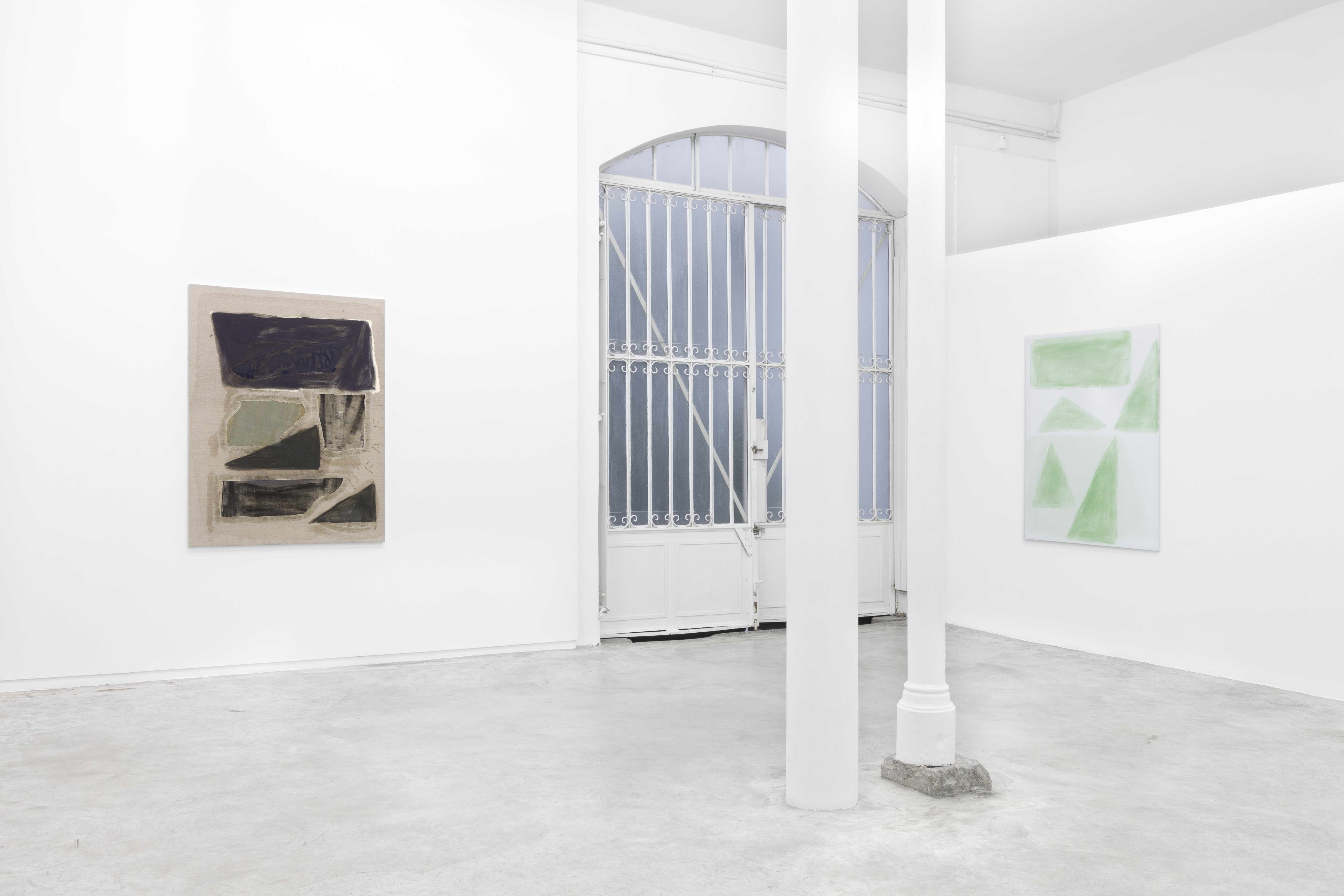 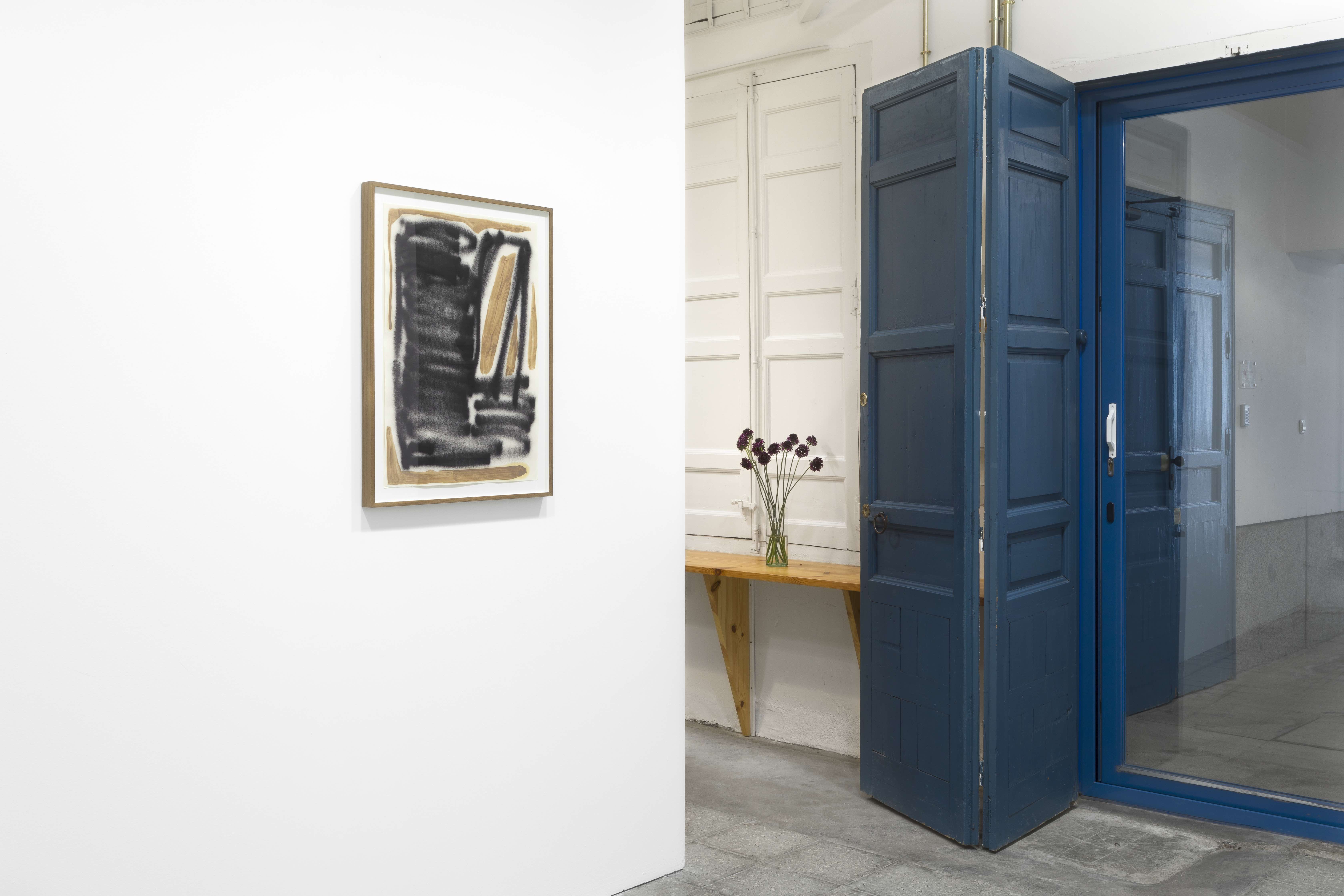