Sodium lights bathe the space in hazy orange in Alan Rotz’s first solo exhibition. It lingers like halitosis, obliterating the edges of forms and colours. Canvases bisect the room to create narrow, claustrophobic walkways and are initially seen only from the back, their armature exposed. There’s a kind of pared-back material parsimony here that variously suggests the symmetry and simplicity of Protestant churches. And more than a whiff of Gauguin’s The Yellow Christ too. But a closer look at the canvases reveals pieces of paper tucked into their lower-right corners. The double-page spreads feature an abstract painting on the recto page, paired with an erotic photograph on the verso. What lies on the other side?

The eight abstract oil paintings in Mirror are self-portraits of the enigmatic Scottish artist. So too are the untitled photographs, both of which can be seen in the editioned artist book that accompanies the show. Sometimes it feels like resistance to surveillance capitalism is futile and the most you can do is to hide your face. In the latter, long-haired women are seen mostly in inverted poses. Upside down and overly bronzed, or sporting a fedora, or an upskirt shot with an art theory tome larping as a fig leaf. Shot from above blowing bubblegum in a filled bathtub or wearing only pleather leggings on a sheepskin rug; posing in a denim shirt and sunglasses with a knockoff Gucci bag. Nothing is what it seems to be.

Only the paintings’ titles offer some semiotic breadcrumbs even as they work to further obfuscate. A number gesture towards French painters, such as the rather mammary lily pads of Water Lilies (all paintings 2021) or the energetic Ramblings of a Wannabe Painter, which makes reference to a Paul Gauguin essay that was published posthumously in 1951. “Criticism is our censorship,” it famously begins, and Rotz seems to have taken heed, choosing to not censor his work, but hide it from immediate view and also hide behind several other personae. And—is that a Gauguin signature daubed on the bottom of the canvas?

Other titles make reference to more familiar territory. The exhibition title calls up The Daily Mirror, and Britain’s particular tradition of sensationalist tabloid rags. Meghan, for the Duchess of Sussex who abandoned Europe like Paul Gauguin. Rotz desperately wishes he was brave enough to do the same, too, but where would he go? Then there’s Fare Dodger, whose surface suggests a very deep, terribly plush carpet, and London’s frenzy of wind gusts and chimneys and pigeons probably, each canvas a black and pink and grey Rorschach test - Rahel Aima. 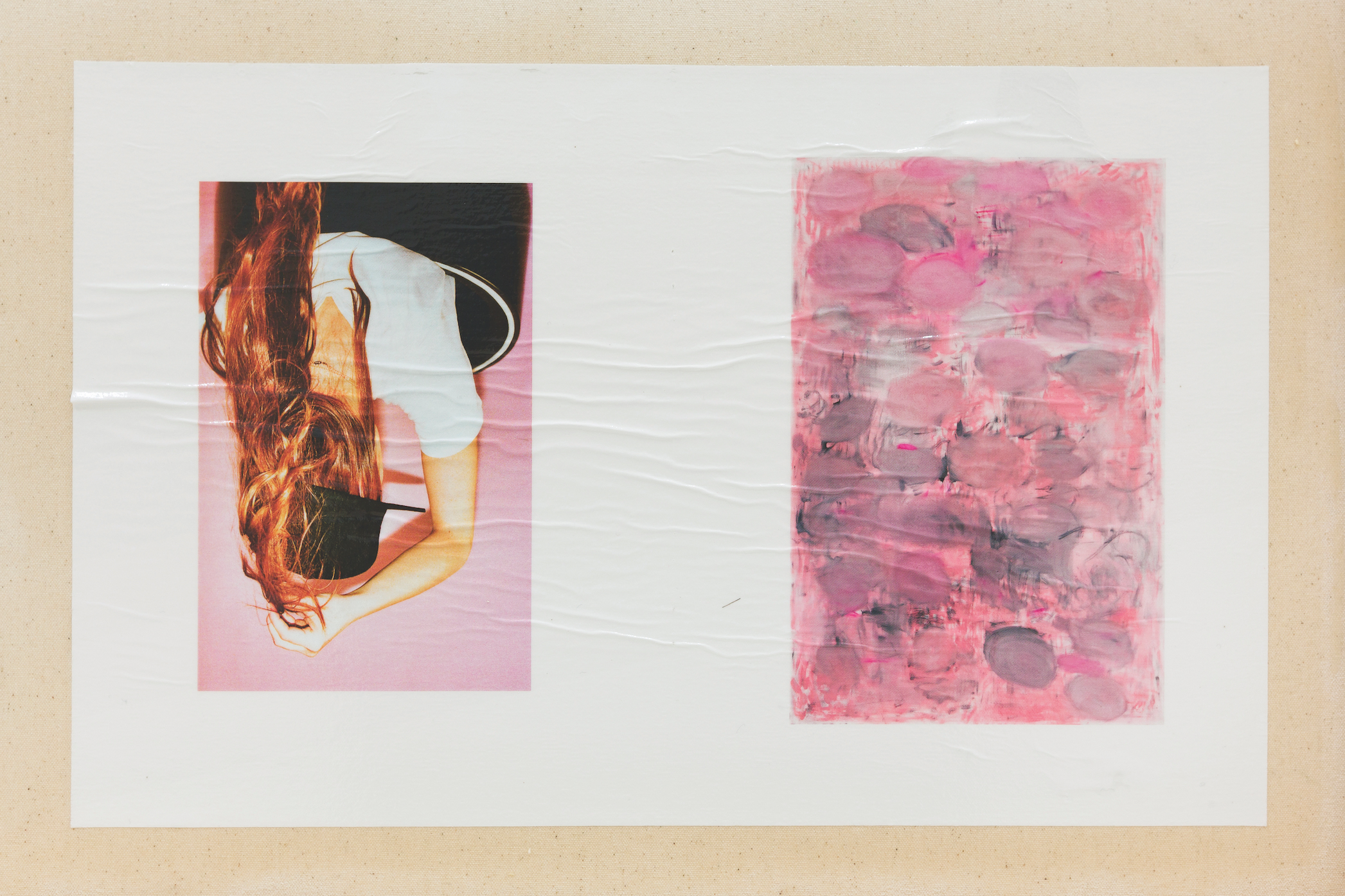 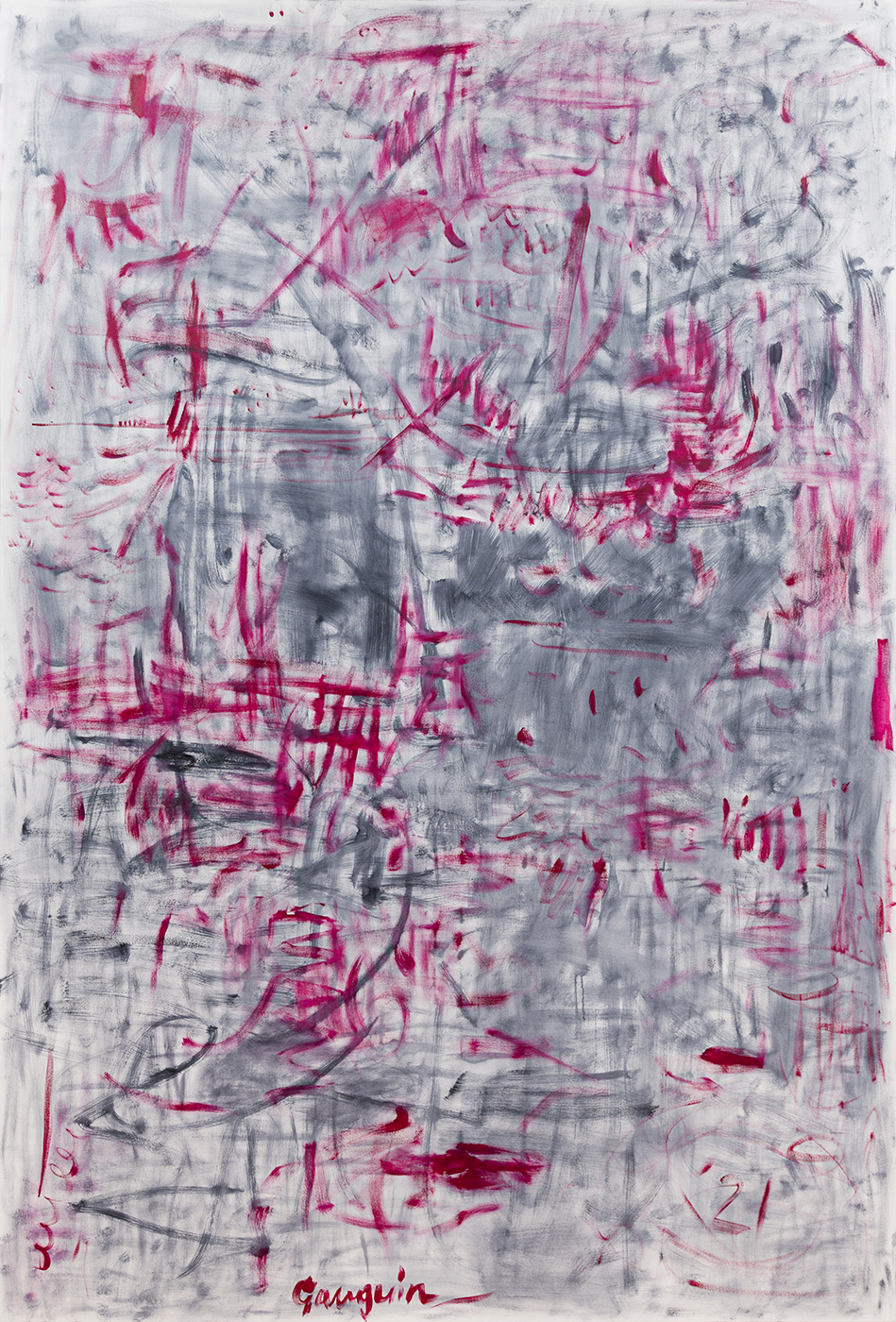 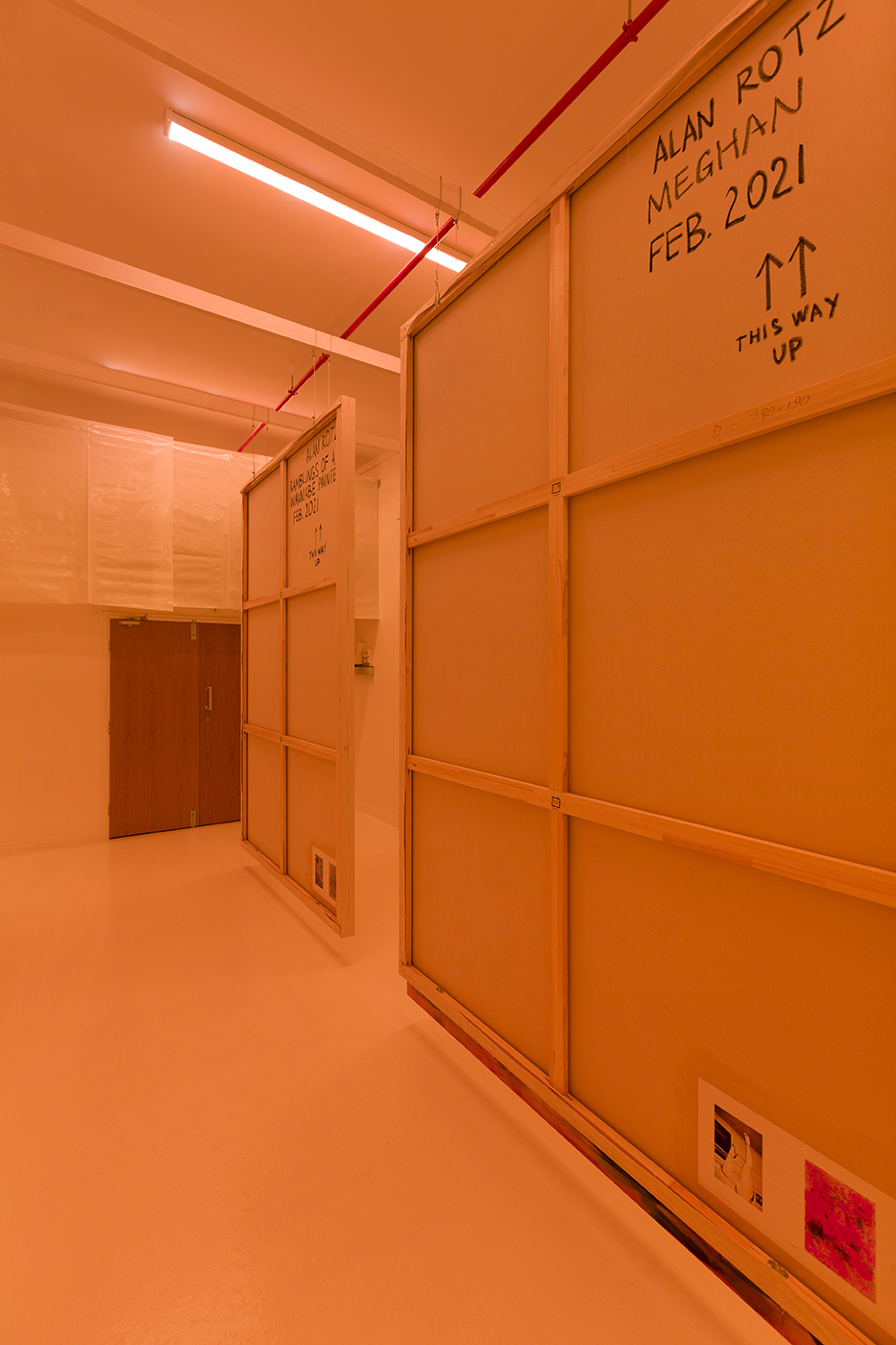 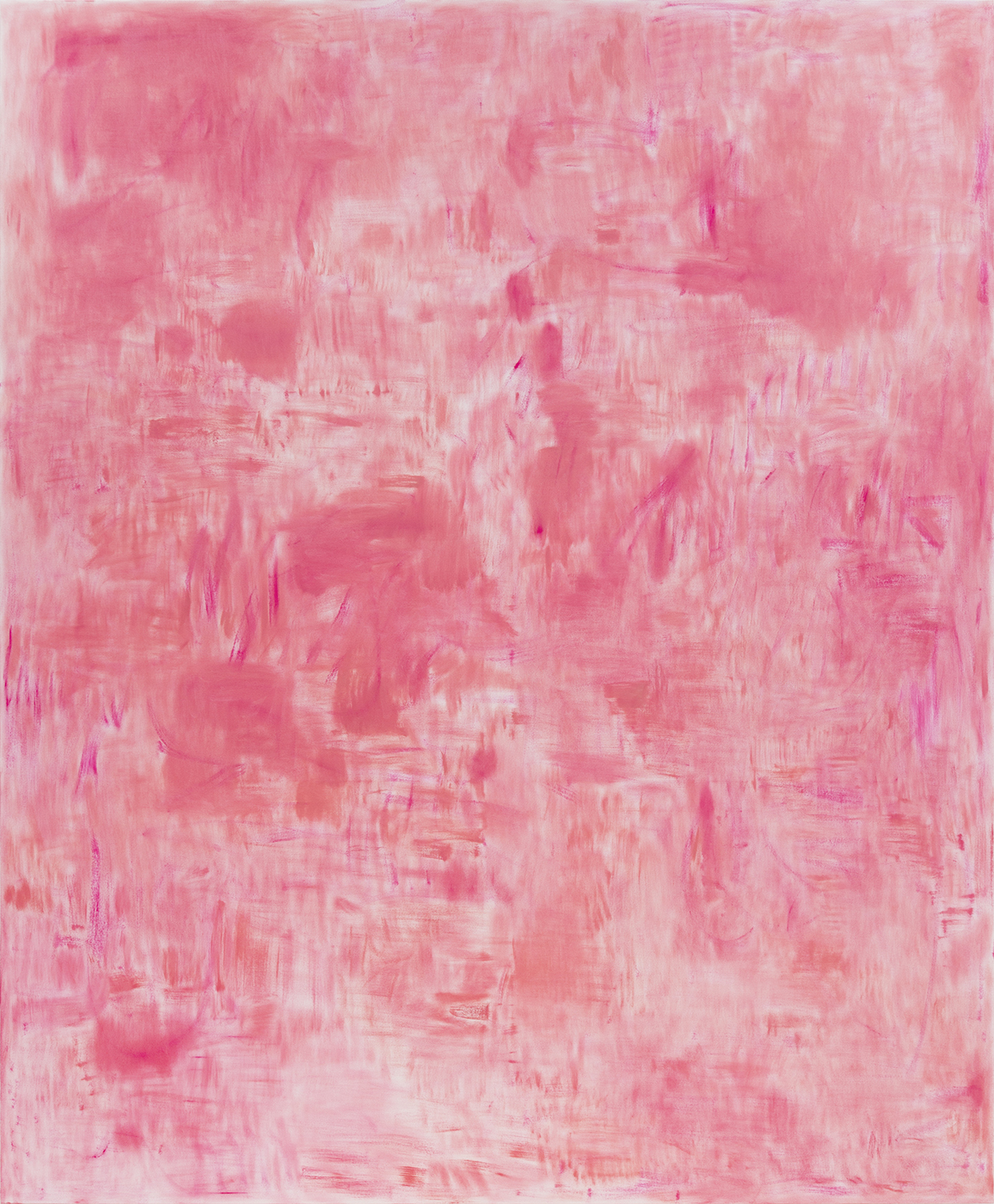 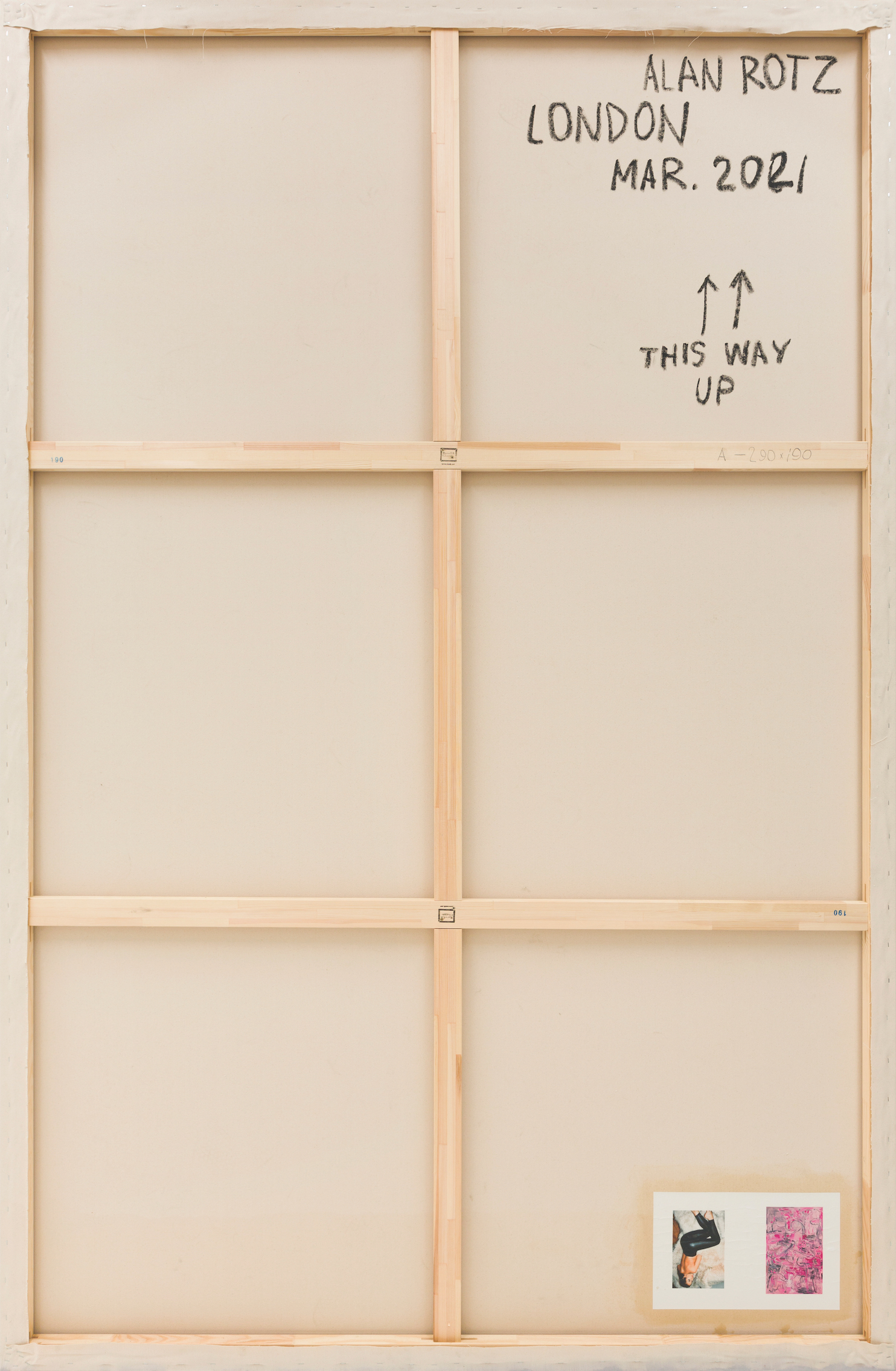 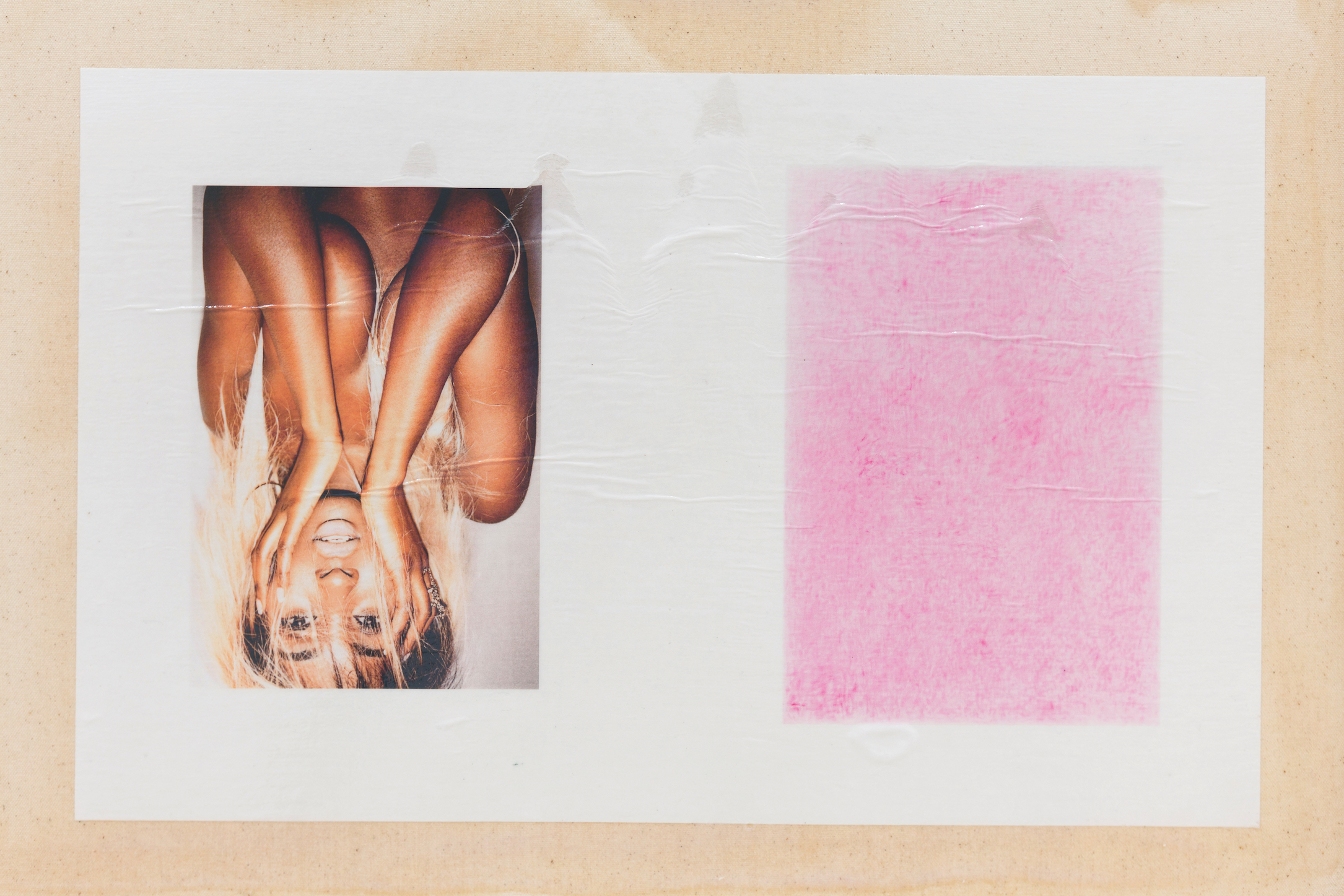 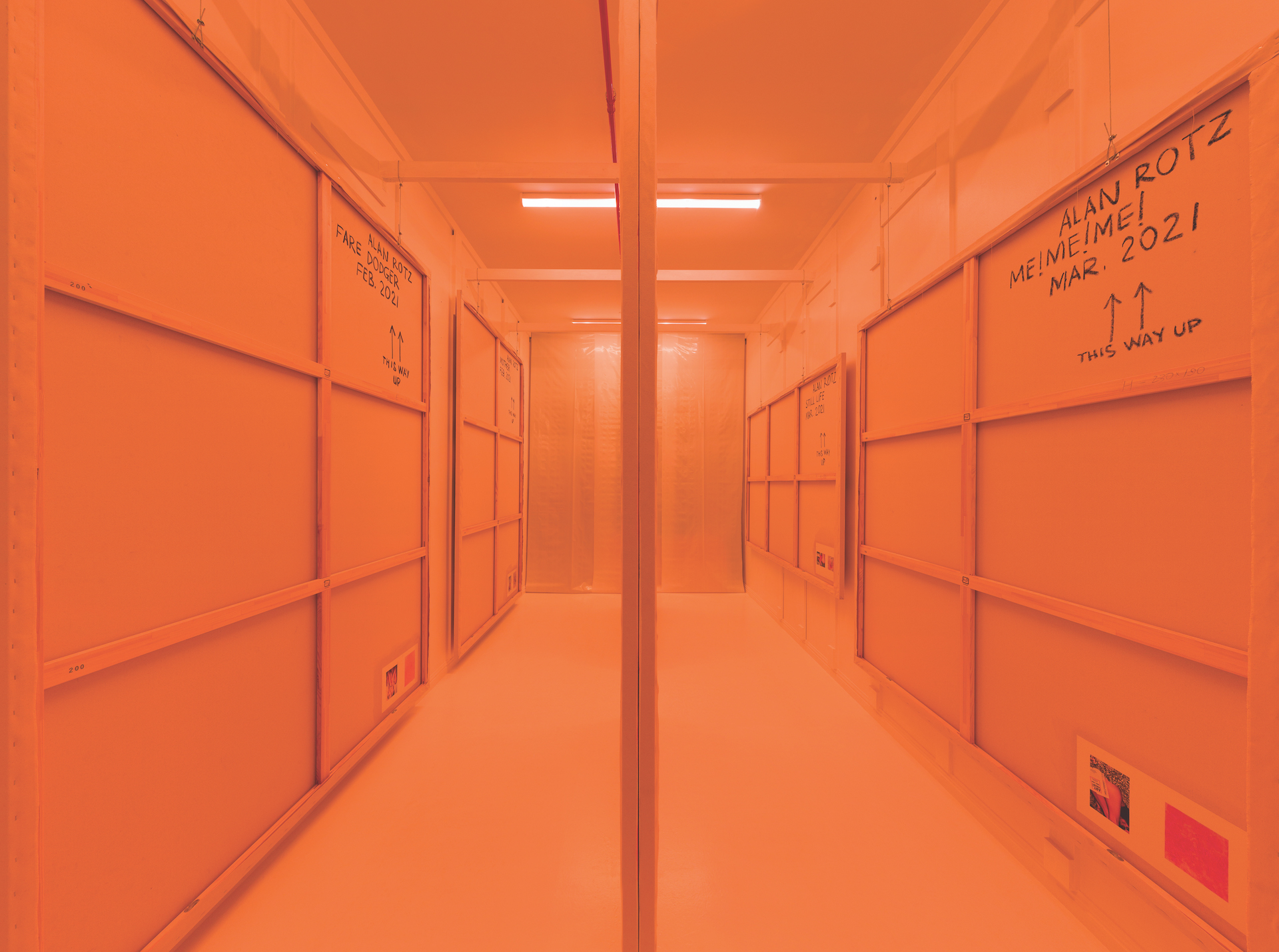 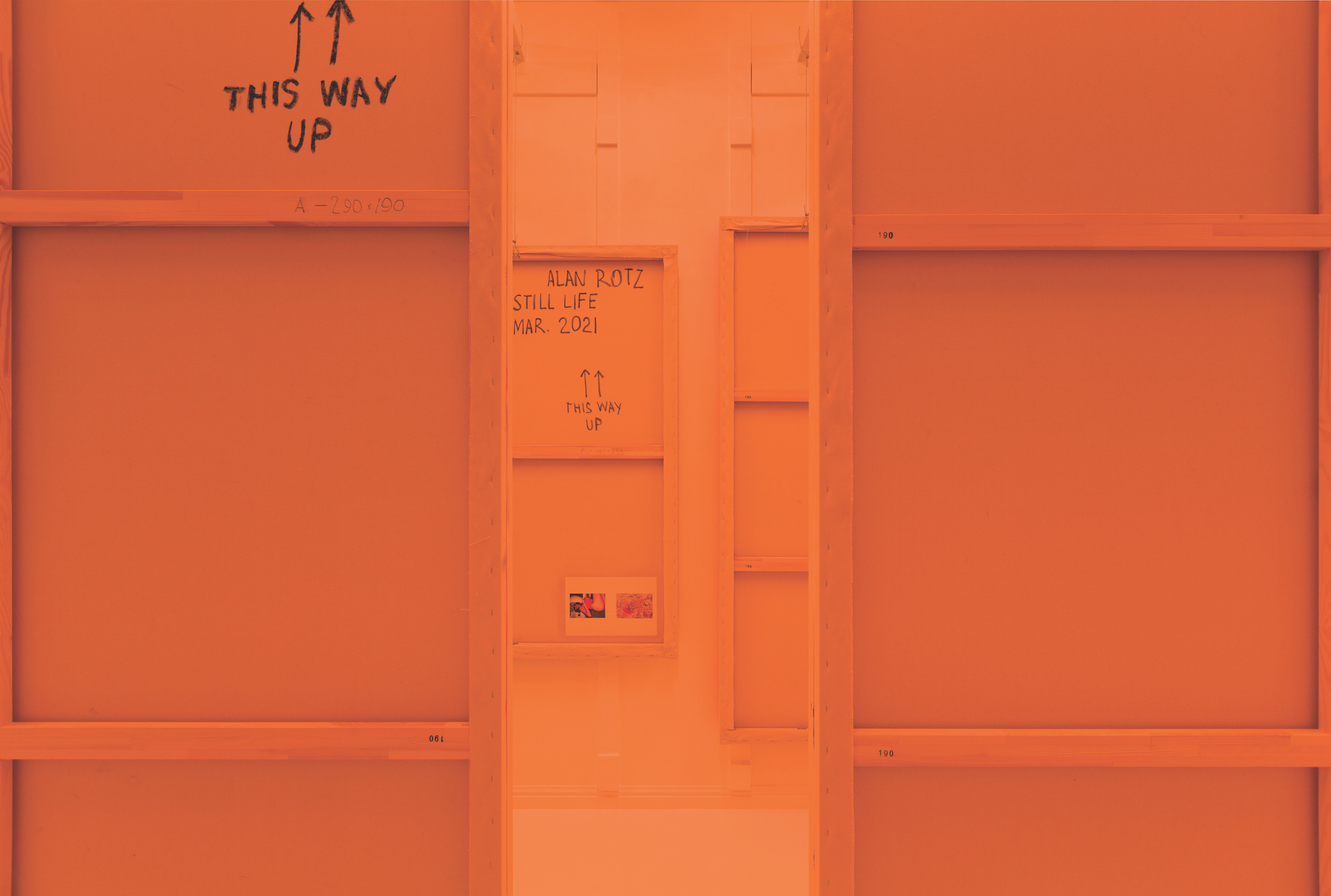