“For now she need not think of anybody. She could be herself, by herself. And that was what now she often felt the need of [...] To be silent; to be alone. All the being and the doing, expansive, glittering, vocal, evaporated; and one shrunk, with a sense of solemnity, to being oneself, a wedge-shaped core of darkness, something invisible to others... and this self having shed its attachments was free for the strangest adventures.” ― Virginia Woolf, To the Lighthouse

South Parade is pleased to present a solo exhibition of paintings by Wakefield based artist, Zoë Carlon. The opening will be followed by a party to celebrate the one year anniversary of South Parade.

Zoë Carlon obsessively accrues photos on her phone. Who doesn’t? For most of us, these snapshots only momentarily hold value, but Carlon, cleverly, prefers to print them out, archiving her wanderings and observations into neat ring-binder folders with the intention of transposing some of them in paint later on. Her eye is most active when travelling alone, peering through the window of a train, or at an empty cafe after closing time. Each documentation, many from her surrounding neighbourhood in Wakefield, is distinct enough to set a scene. Her brushes reinterpret the rest.

As the photographs patiently wait their turn, sometimes many years after they were shot, Carlon hoards more in her ever-growing collection, as if logging a diary. Her fixation for sights emptied of all human presence is perhaps spurred on by her devotion for reading Virginia Woolf’s accounts, in her cult novel ‘To the Lighthouse’, where she preaches the need for isolation if we are to function entirely. Sylvia Plath’s 'The Bell Jar’ and more recently Olivia Laing’s ‘The Lonely City’ also centre on solitude, and it’s a theme which has as much a reputation in painting. A favourite artist of Carlon’s is Edward Hopper, renowned for his depictions of loneliness, often painting bereft figures, or unpeopled landscapes and buildings. You’ll notice Carlon employs a similar eerie palette and lighting. She also paints the world at arm’s length, like a bystander peering behind glass, vigilant for fleeting sights that don’t instantly catch most eyes.

After making charcoal and oil sketches in a sketchbook, she moves onto aluminium boards – preferring the polished sheen of metal to canvas, as veils of colour dry to a translucent shimmer, each ghosting the next. She mixes her oils with liquin – its jam-like consistency making the paint more malleable and dry faster. You’ll notice the time of day is indistinguishable in the backgrounds she paints, neither decidedly night or definitely day, but rather cast in a cool cerulean mist in accumulative layers. In ‘Tennis Court at Night’ the dark sky is foxed with cyans and turquoise tones rather than black. Carlon prefers not to use black, favouring browns, blues and greens to do the work of shadow. In every composition too, the presence of shadow is heightened, often treated with the same sharp attentiveness to the subject they echo. In ‘Night Tram’, half of the panel is all shadow – made up of abstract shapes and swathes of washy greys. The folds on the car seat in ‘Garden Flowers’ cast the paper-wrapped bouquet of flowers in a halo of radiant colour. It’s these details which accentuate the hovering forms in her paintings – allowing certain details to emanate without the need for distinct line or definition.

With brush in hand, painting for Carlon holds many boundless routes. She’ll wander the surface of her paintings as if she were walking the streets alone, getting lost in alcoves and dead-ends and finding her way out. The exhibition’s oxymoronic title, ‘Strange Comfort’, captures her attraction to these moments alone, while nodding to the foreboding sensations they evoke. In ‘Dining Room’, she paints a deserted restaurant with the lights left on and only five visible chairs; the tables have the illusion of oversized playing cards, the red napkins like diamonds from the same deck. As viewers, we piece together her scenes like a game, each painting another clue, or piece of evidence to her unfolding story. It’s the same way some of her main inspirations work – Lois Dodd, Dike Blair or Winifred Nicholson – painting as if logging a diary, tracing what’s graspable from the world and memorialising them in detail and colour.

Carlon’s slow, unwavering approach means she’ll often spend months reworking her paintings. She’ll hopscotch between a few at the same time, adding more paint to one as another dries. Using the same rich palette throughout, muddied as more strokes accumulate, they appear as if they’re cut from the same scene, like observations of a passing day in short episodic bursts. Carlon doesn’t just lucidly record what she sees, she journeys across limitless possibilities with paint. You’ll recognise the paths she walks down, but they’ll likely trick you, leading you astray, down an alleyway of uncertainty in a strange, yet comforting way. 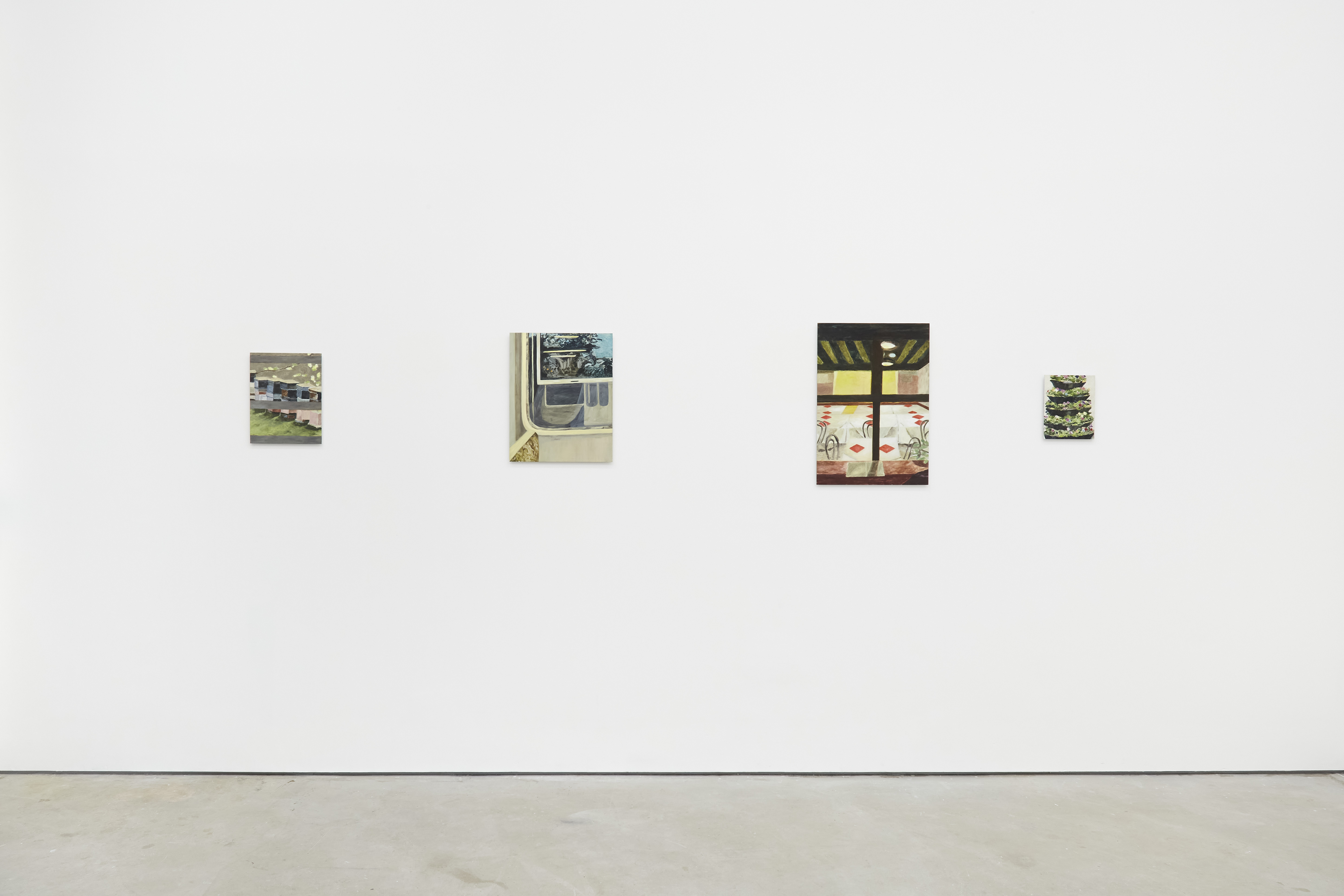 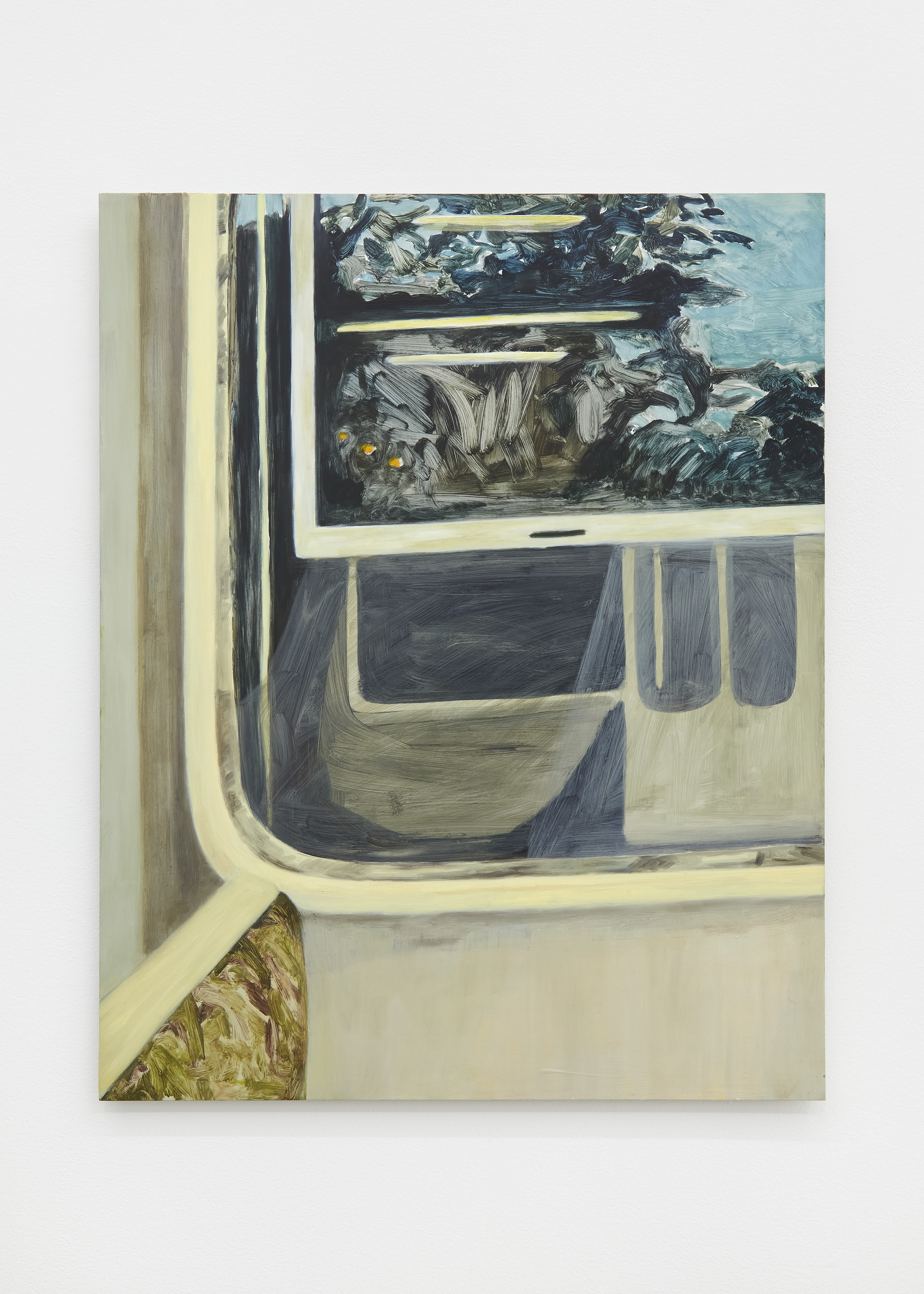 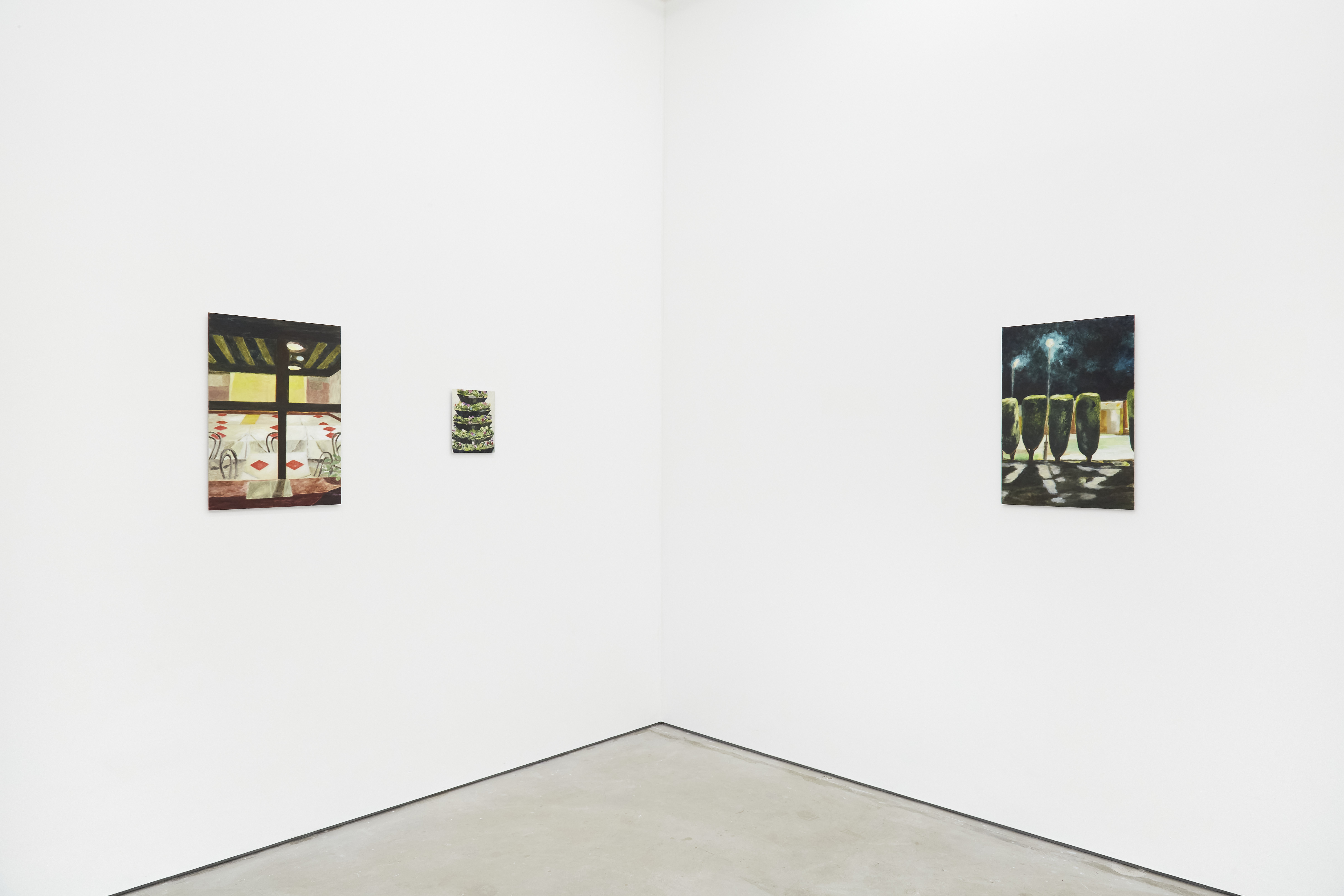 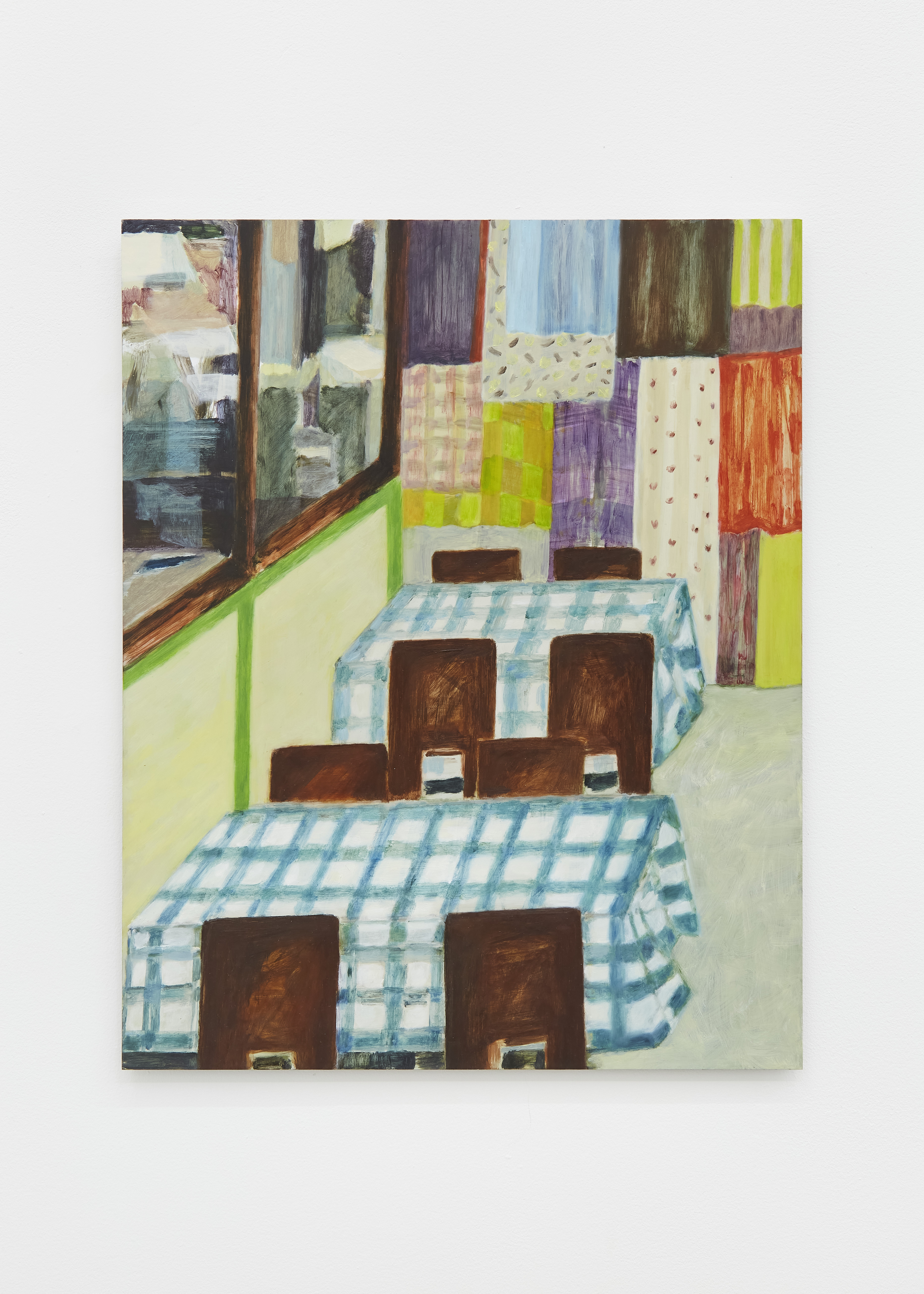 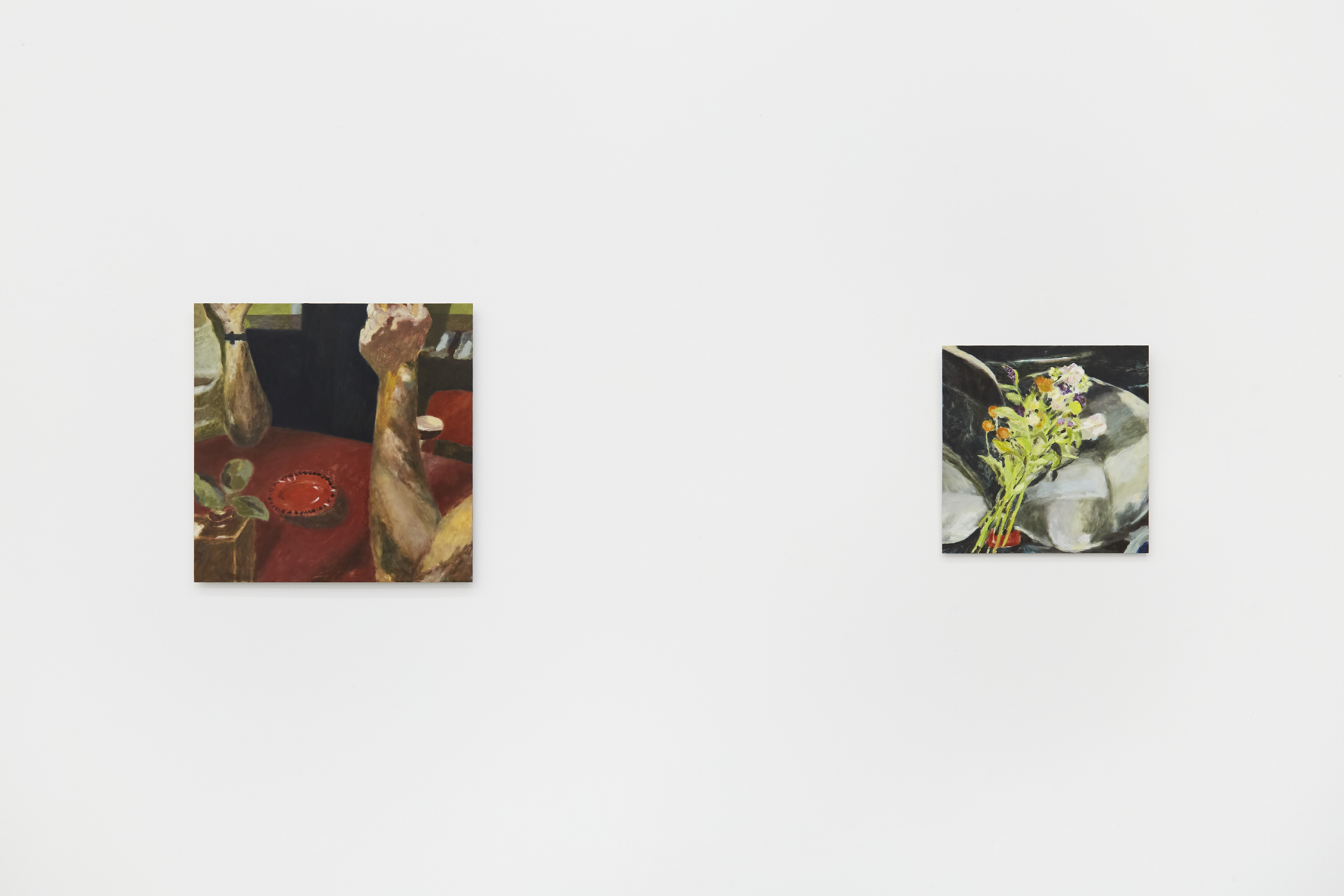 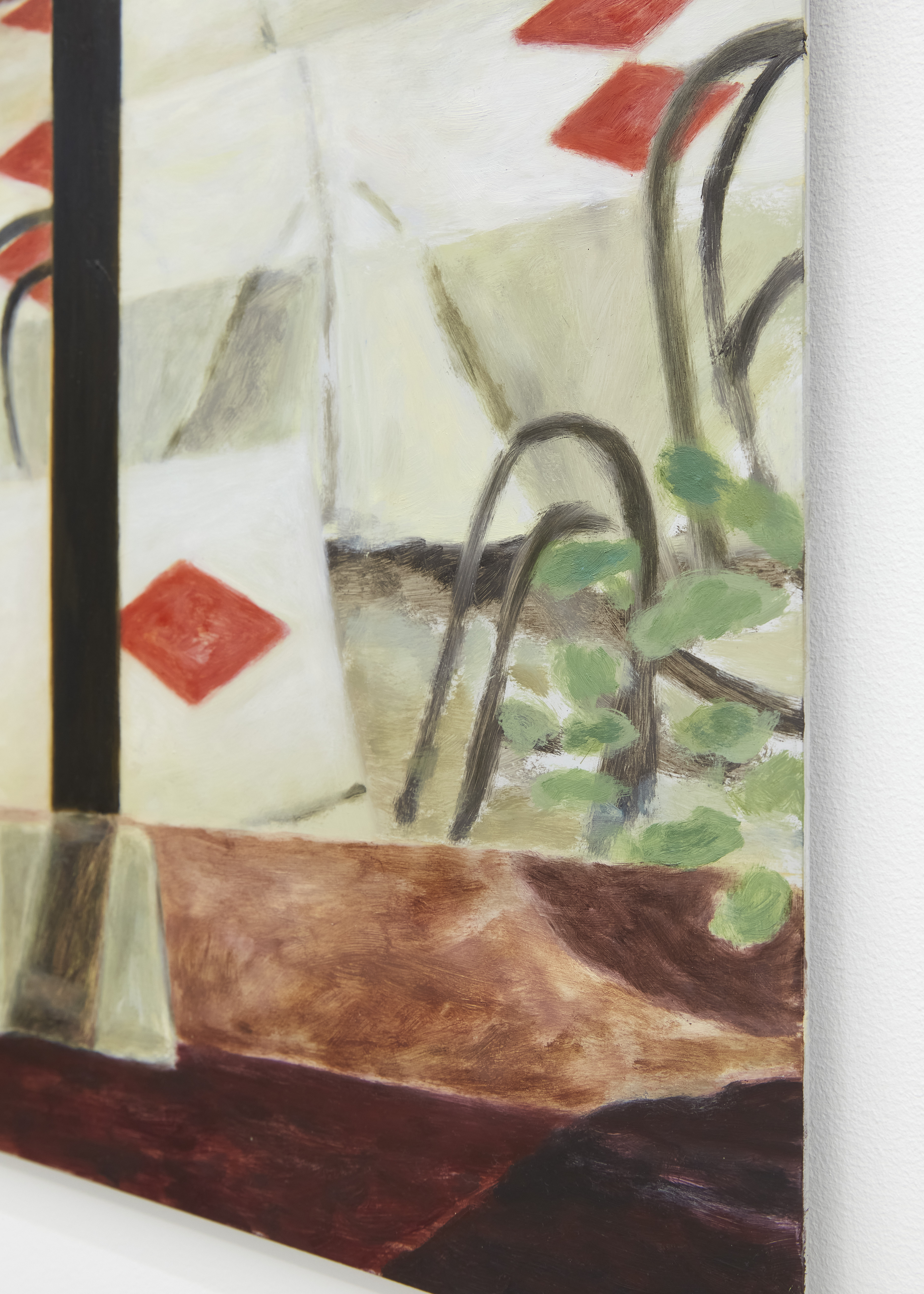 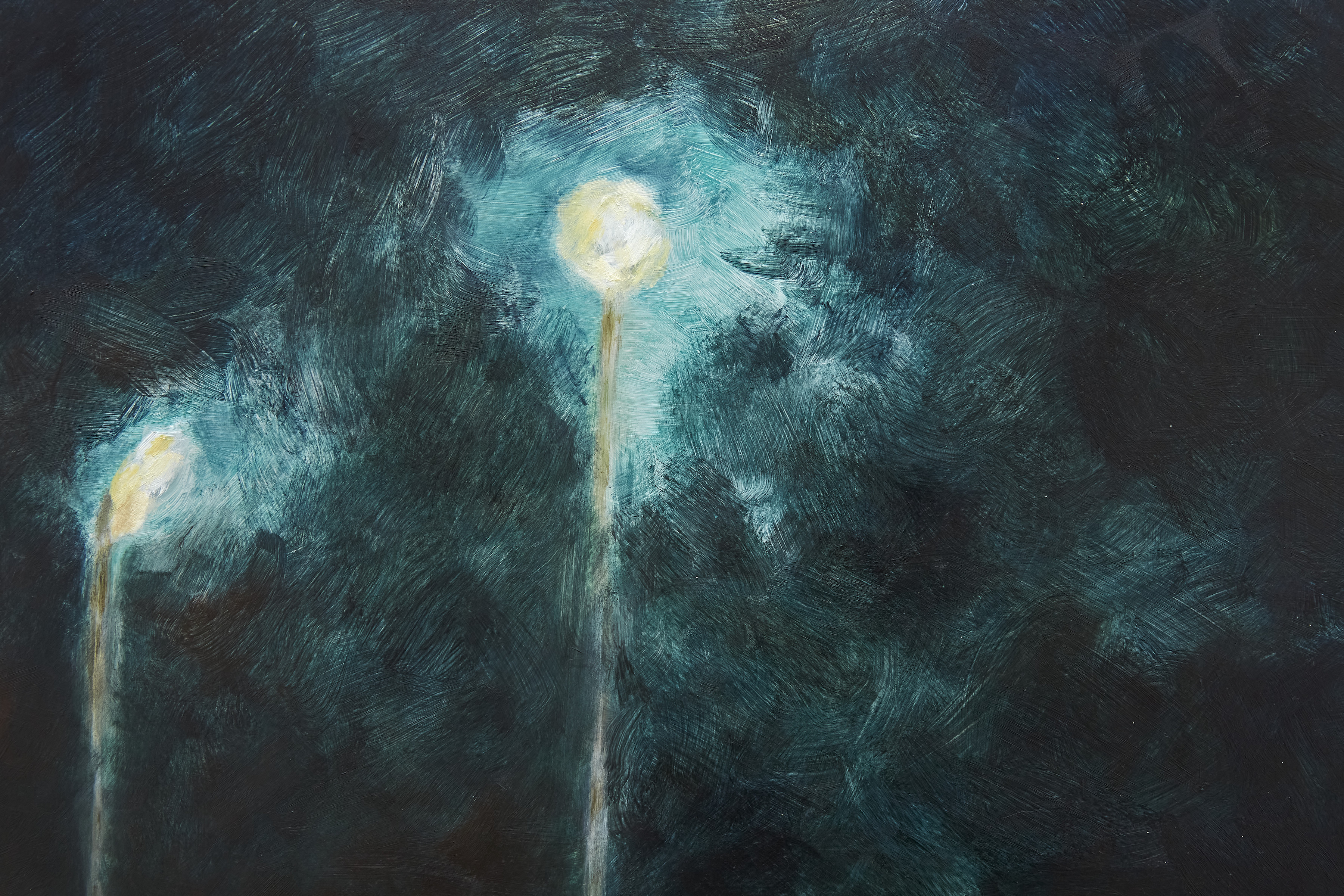 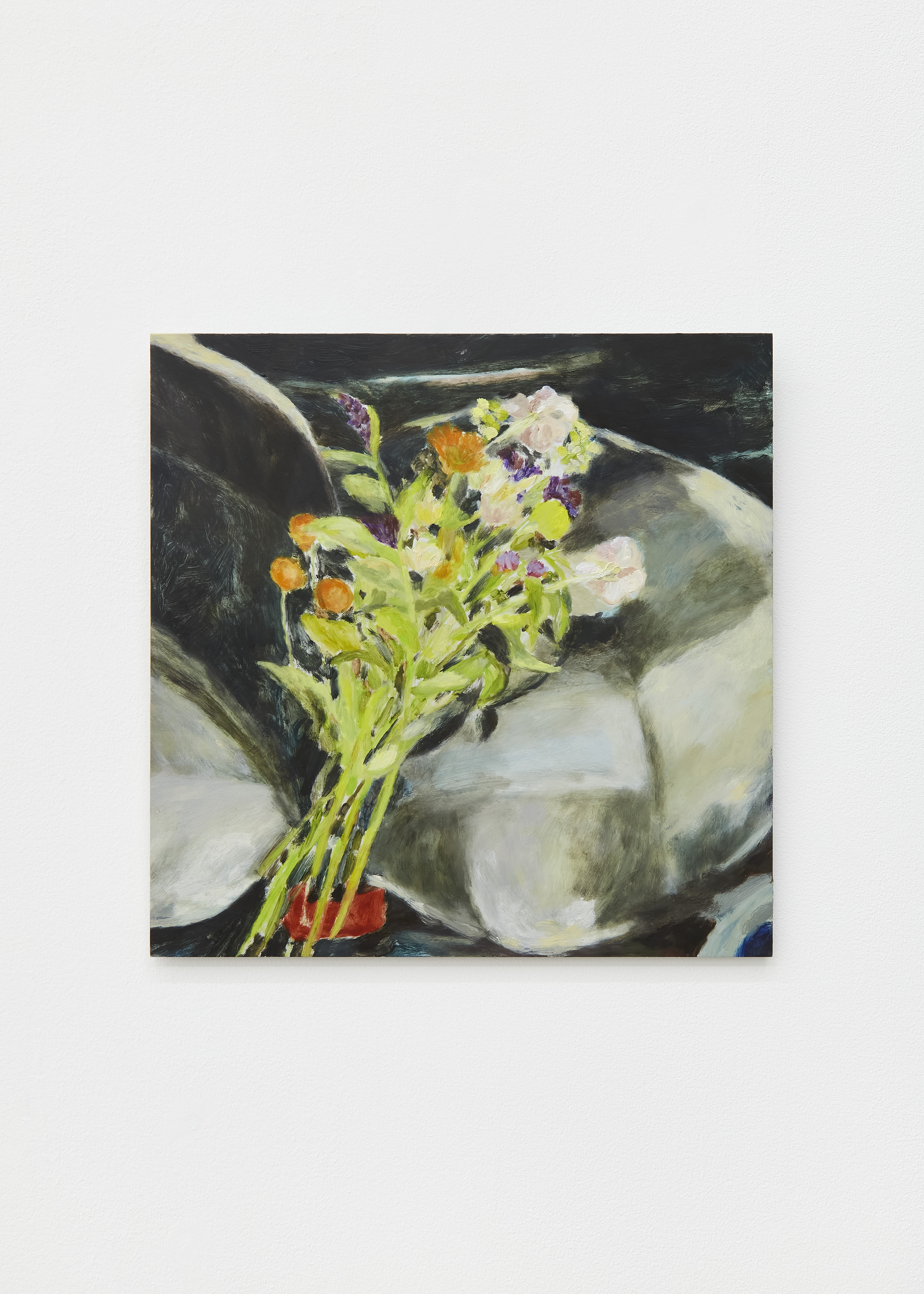