To Situations New at LAMB

Navigating the lyrical language of abstraction across time, place and medium, ‘To Situations New’ marks the opening exhibition at LAMB in Mayfair, London. Nodding to the space’s historic literary origins, the group show takes as a point of departure the abstract envelope jottings of Emily Dickinson that comprise The Gorgeous Nothings to delve into the innate poetry of abstraction, an artistic language that has been adopted by artists across geographies, historically to the present. The exhibition equally reflects on ‘Situation’, the seminal 1960 exhibition at RBA Galleries, London, which acted as a point of change and set the wheels in motion for abstract British artists. Weaving a narrative from Wassily Kandinsky and Etel Adnan to Frank Bowling, Mary Webb, Alek O. and Katy Moran, amongst others, ‘To Situations New’ nods to the pluralism of an artistic form of expression, that like Dickinson, has sparked considerations of our subconscious, landscapes, bodies, and environment. Ultimately, ‘To Situations New’ prompts thought on a universality of expression, distinct to each artist, time and context, that invites individual comprehension and empathy.

Abstraction is a pluralistic art form with a panoply of syntaxes. At its core, it’s an expression, a manner of psychological release, which can be weighted in the avoidance of a particular subject matter.2 The Gorgeous Nothings, a compilation of 52 envelope poems by Emily Dickinson, is an example of just that. Subconsciously composed in the 1860’s when Dickinson was in her 30s, this series of lines and notes on scraps of paper marked a blurring between poetry and ‘art’. One notices at first the abstract geometric shapes rather than words, the papers’ textures and tones rather than their verses. In their immediate abstract visual poignancy, a parallel can be drawn with the movement of abstraction as applied to art, which has, over a century, been linked to expression, feeling, articulating. Wassily Kandinsky’s work ‘Untitled’ (1928), which frames the start of ‘To Situations New’, marks this state of mind. Created in a decade when Kandinsky relinquished representation for pure abstraction, and the year when he gained German citizenship following a move from Bauhaus to Dessau, the work delves into the deconstruction of several composites: playful, movemented, non-linear, it does not recount a particular story but rather a state of interaction. Tittering balance, it nearly feels instant, as if seized in a moment.

Individual articulations of abstraction can be traced across decades and geographies. A century after Dickinson’s envelope jottings and sixteen years following Kandinsky’s death, the seminal exhibition of British abstract art ‘Situation’ was held at the RBA Galleries in September 1960. Conceived and run by the artists themselves, with the help of the influential avant-garde critic Lawrence Alloway, the work in the exhibition was abstract and without explicit reference to events outside the painting. Staged again in 1961 at the newly-formed New London Gallery, and then by the Arts Council in 1962 and 1963, this was a point of recognition for young British artists, as well as a release, following the past decade’s emphasis on the New York School. From these moments emerged a wave of historic British abstract artists, several of whom are brought together in ‘To Situations New’: Frank Bowling, John Hoyland and Mary Webb.

Abstract painter Frank Bowling moved to London in 1953 from British Guiana. Studying alongside David Hockney, and other ‘Situation’ artists, he spent 60 years between New York and London, excelling in a fusion of abstraction and personal memories. ‘Turtle Wattles’ (1980), on display, is of a time when Bowling returned to London in the 1980s, moved away from his 1970s Poured Paintings and looked to construct sculptural paintings inspired by the varnish techniques of English Masters like John Constable and William Turner. ‘Turtle Wattles’ evokes a sense of time, movement, exploring structure and colour; it also captures Bowling’s interest in texture, combining multiple materials to create a topographical allure on the works’ surface. John Hoyland was equally looking at materiality, layering acrylic paint, such as in ‘23-5-73’ (1974). The 70s marked a turn for Hoyland, as he started to directly engage with the process of making a painting, and drew parallels with physical actions in the real world: fire, water, effacement. The result is a dense surface with pockets of brighter colour peeking through the fleshy tones - the paintings appear built, constructed slowly and with intent: “for where Kandinsky dissolved his objects into paint, Hoyland begins and ends with paint and canvas”. 3 A similar sense of layering can also be found in contemporary British artist Katy Moran, who approaches her paintings as an evocation of the mind. Positioned between Kandinsky and these two British historical greats, ‘still life with nothing’ (2019) on display exclaims to the freezing of a moment, an emotive instant, akin to a mnemonic interlude.

Veering into an increased consideration of geometry, what’s been described as ‘purity’4, and a sense of two-dimensionality, are František Kupka, Mary Webb, Etel Adnan, Judith Lauand and Nathalie du Pasquier. Explicitly acknowledging shape and colour, there is an exploration of Abstraction’s painterly historic reduction, as explored by 1913 Suprematism or 1919 De Stijl/Neo-plasticism. František Kupka’s work from the 1930s is an example of his ‘mechanist’ paintings, and his belief that “Geometric plans, correct defining of frontiers, nothing else. The break-up of painting made new forms and new configurations possible”. 5 In their reduction and hard edges, they were a source of inspiration for British artist Mary Webb, whose work ‘Red and Green VI’ (1974) is presented. Part of her ‘Extended Square’ period when she had just begun teaching at Norwich School of Art, it marks a period when she’d emphasise straight lines, a grid, and made “two or more colours work very hard together to make a lot happen”.6 The title of the work also evokes the names of the colours used, and reflects her reduction of a gardenscape, as processed via memory and a photograph, capturing the extrapolated tones and shadow. One may also turn to Judith Lauand’s 1993 painting, which depicts through tone and line, a mountainous terrain, while Nathalie du Pasquier in the ‘Untitled’ (2019) works equally has these rectangular shapes, as if nodding to a place, a deconstruction of the world around her and us. Ultimately, combining hard-edged geometry with evocation of a landscape and a pure adoration for colour, is Etel Adnan’s ‘Untitled’ (2010) and ‘Untitled’ (2015) each expressing a hilly expanse. A Lebanese-American painter, essayist and poet who taught philosophy at the University of California, her pluralism ties back to Dickinson’s poetry veering on art form, and this sense that shape, colour, texture are the immediate cornerstones of abstract articulation.

Finally, fully stepping into the contemporary possibilities of abstraction and materiality, are Alek O., Mattea Perrotta and Dawn Ng. Alek O. with ‘Tangram’ (Lying Down Cat) (2015) uses stretched synthetic fabric from a parasol to create visual sibilance. The hanging sculptural work traces the wall, it’s hard corners and triangulation evoking a sense of dynamism. This sense of movement is equally encountered in the work of Mattea Perrotta, addressing the self, the bodily, paying homage to Abstraction’s relationship with Cubism. Meanwhile, Dawn Ng’s video ‘Time Lost Falling In Love, Waterfall III’ (2019) presented in the video vaults tonally evokes a sense of abstraction as carefully coloured ice blocks slowly melt. Beyond their abstract virtual articulation of colour and movement, there is also a further dimension to reflect upon in the context of abstraction, and it’s that of time. How it moves and shifts, is at once slow then fast - a thoughtful note to end our contemplative journey of abstraction across the ages.

Ultimately, ‘To Situations New’ points to a poignant overlap in artistic languages, and presents pluralistic veerings into personal articulations of what constitutes ‘abstraction’. Each of which are fundamentally reflections of an authentic dialogue - with oneself and what each artist has observed and lived around them. Curated by Jenn Ellis. 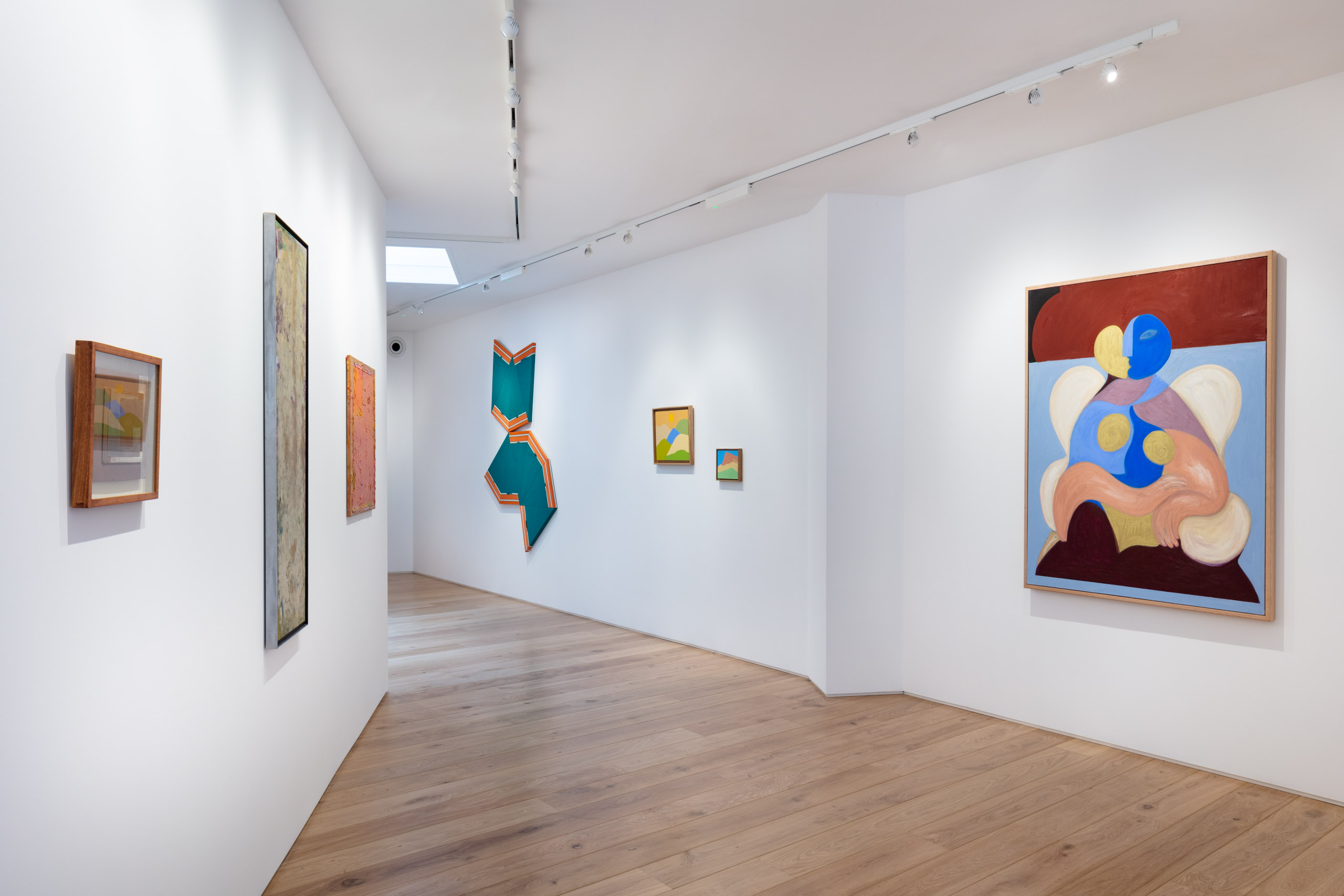 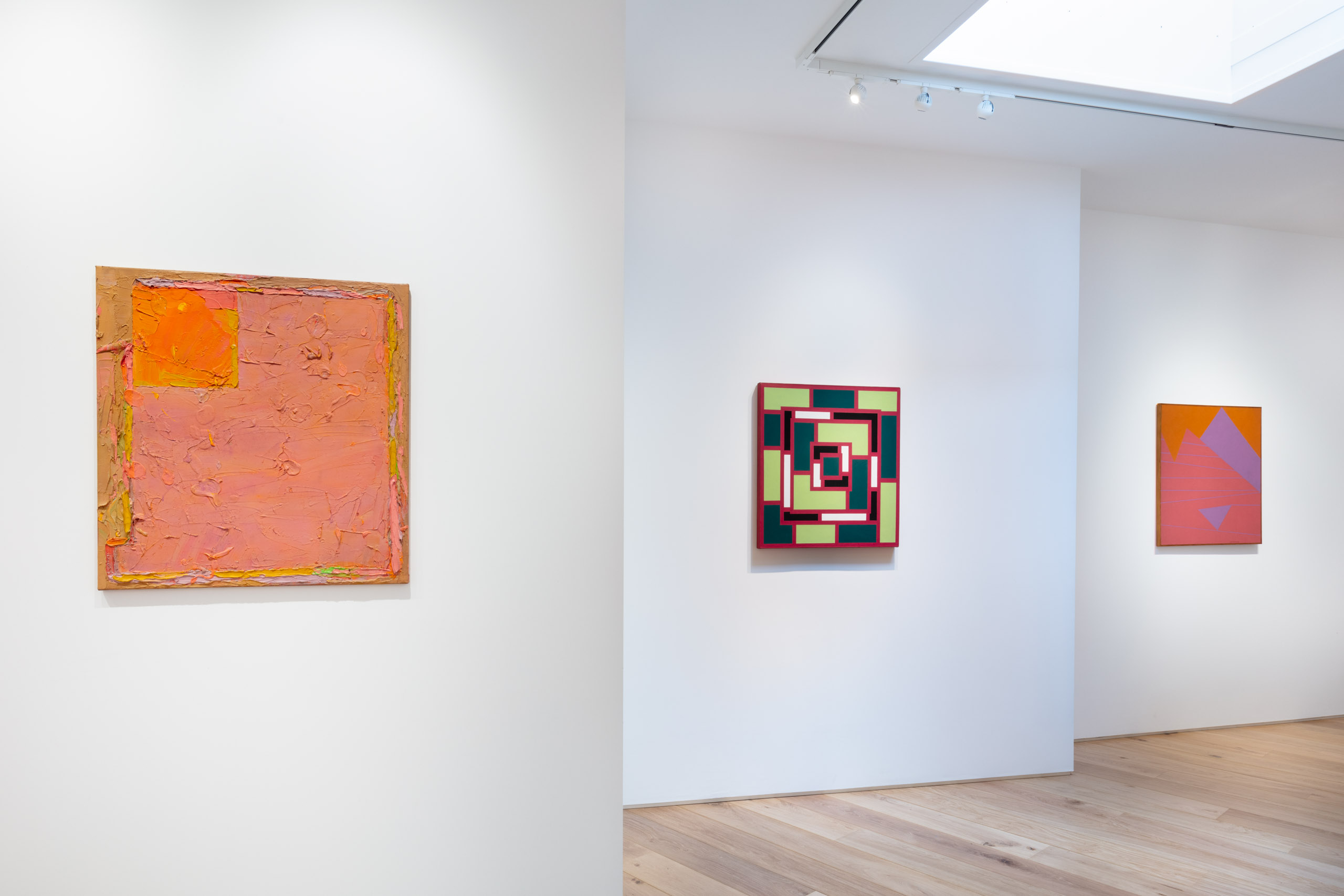 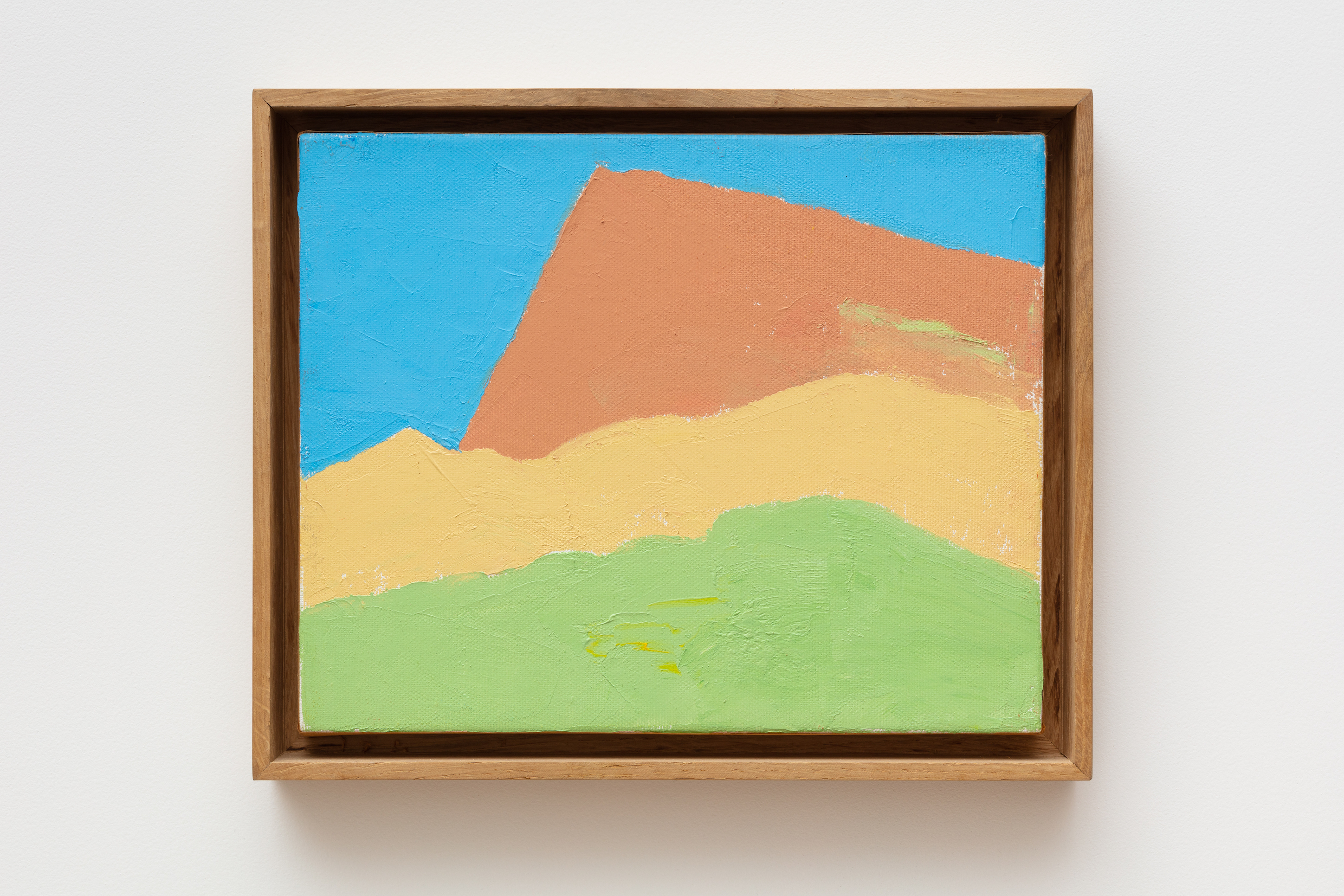 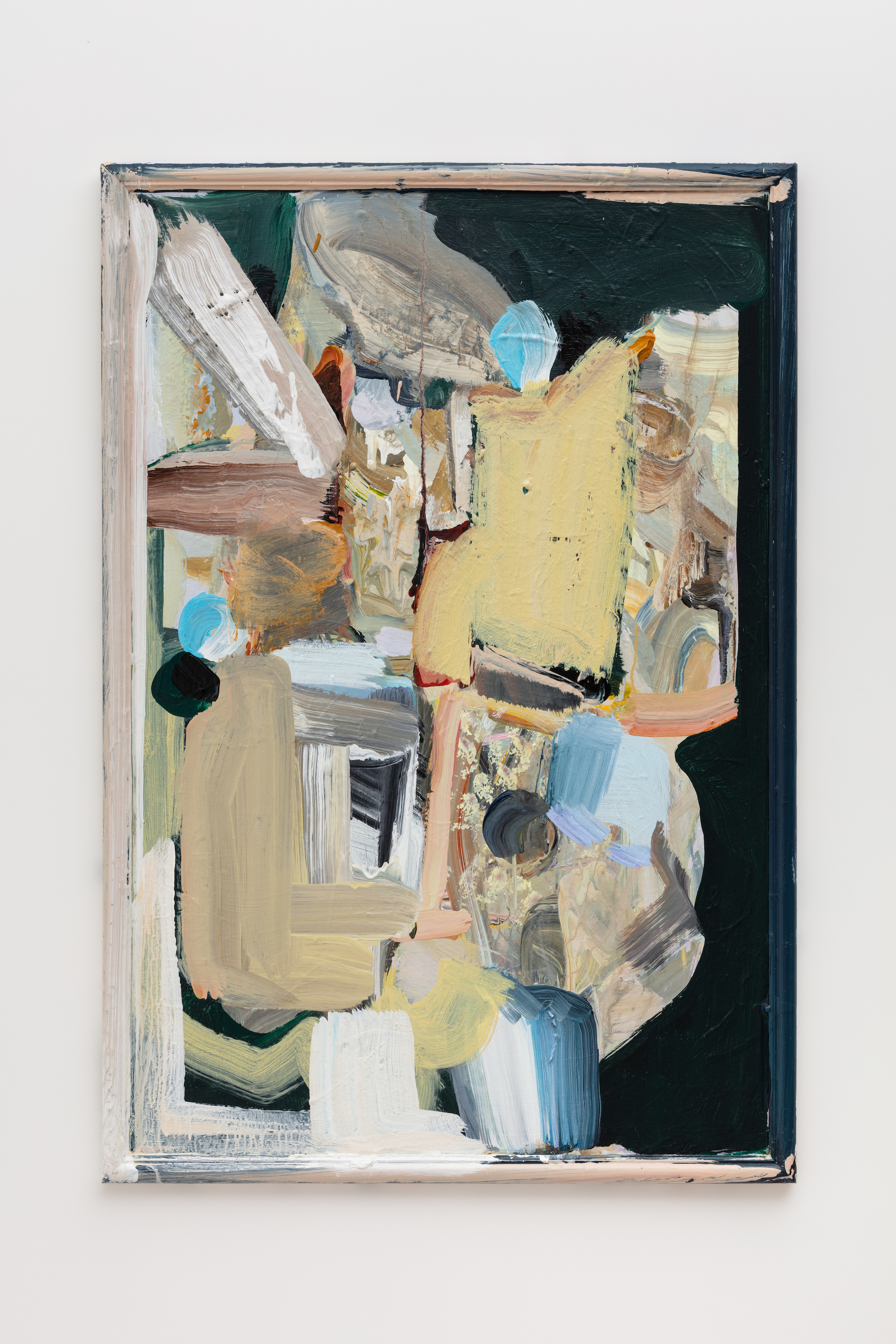 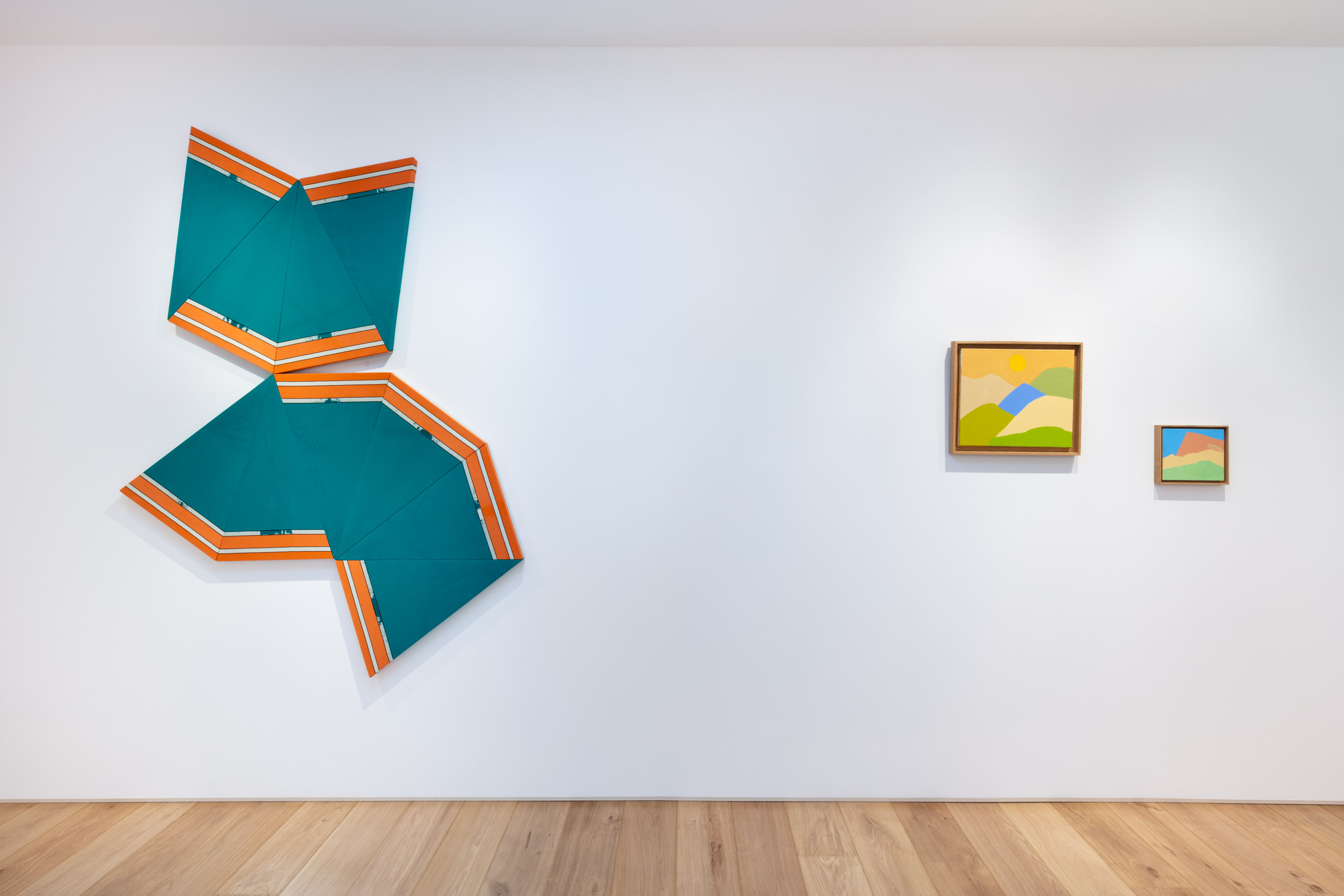 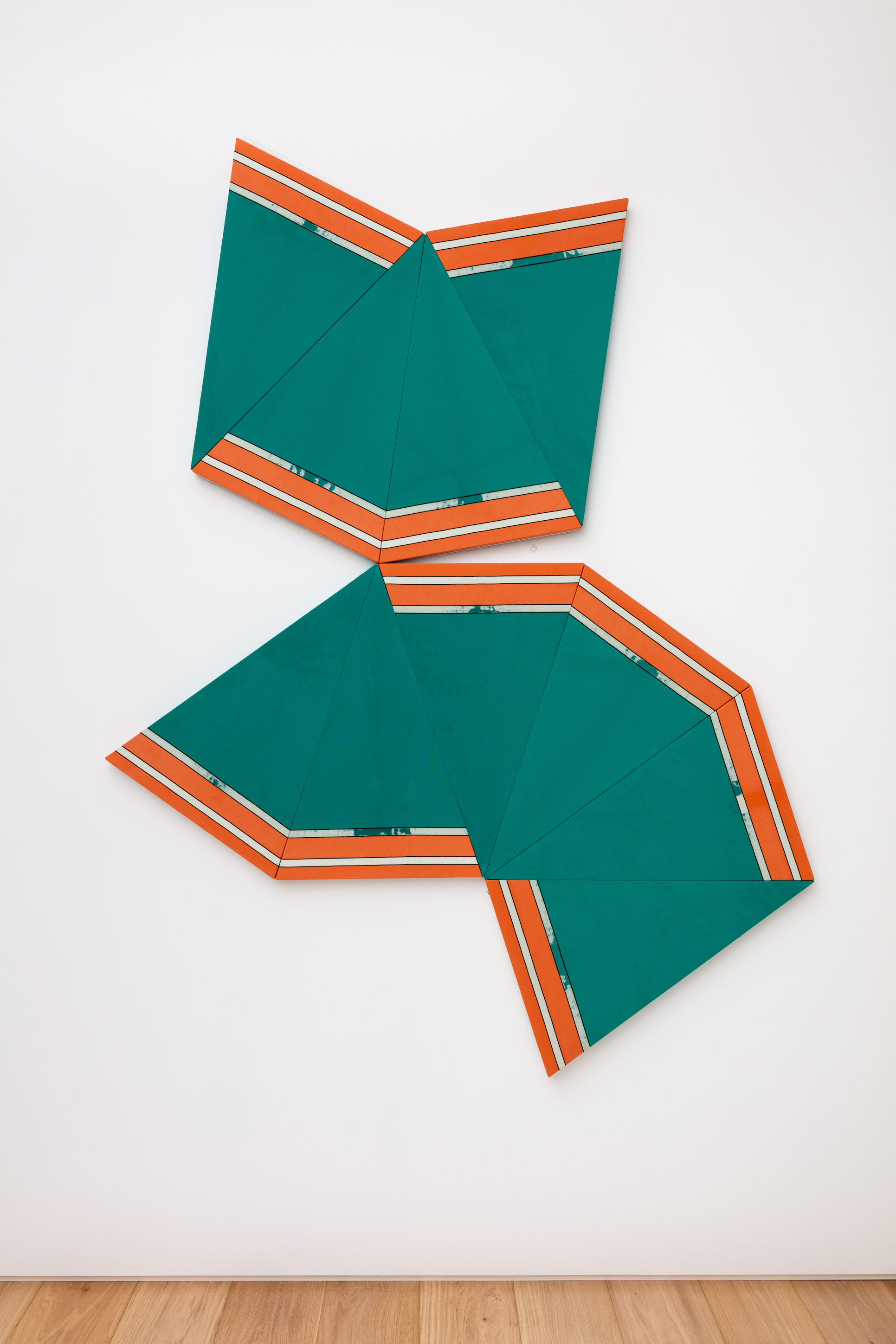 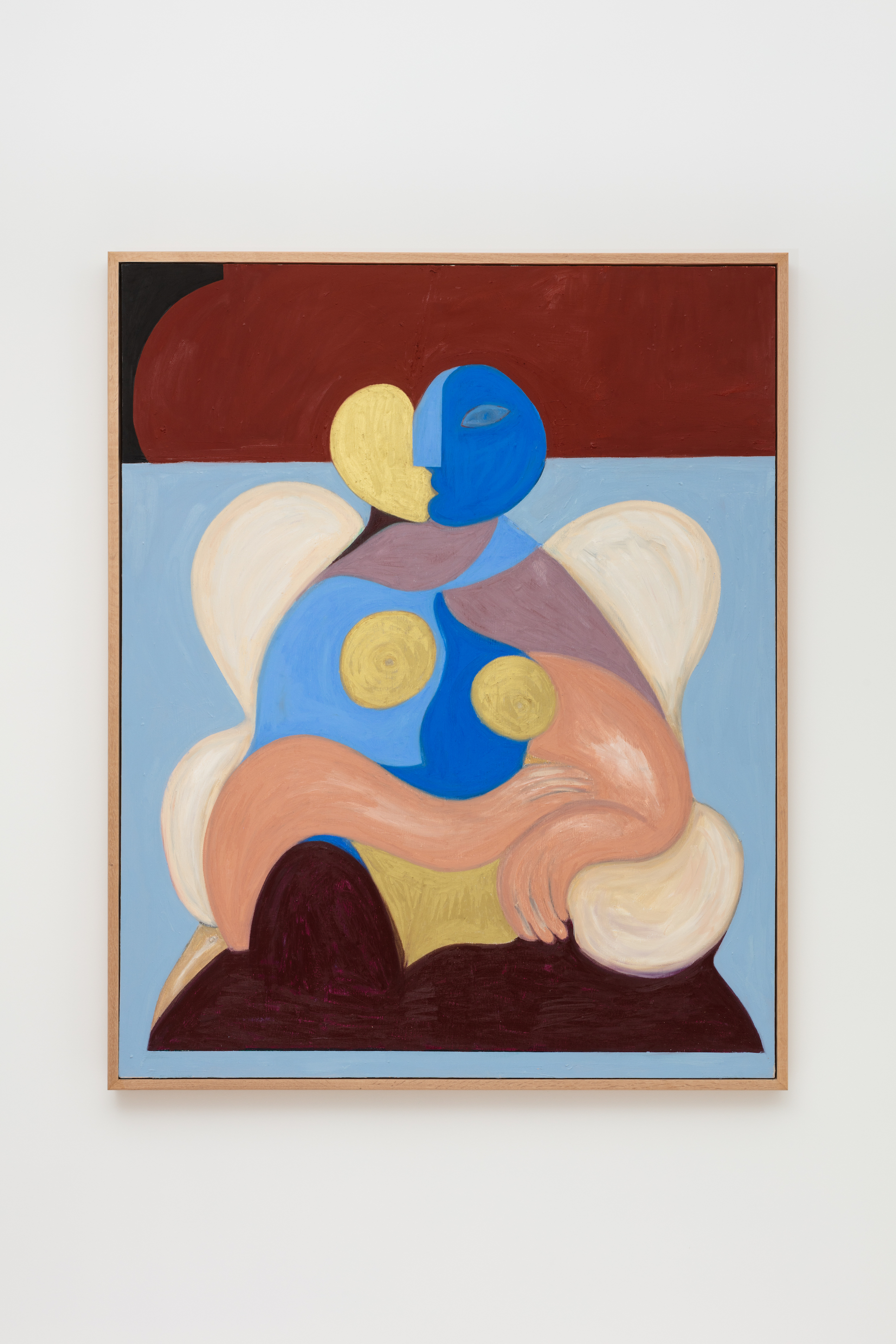