IN WARM SHROUD. KISSING THE BLOOM CRUX. A FROST WINDOW.

Since the early 2000s, Sterling Ruby has moved nimbly between mediums and disciplines, connecting art, craft, popular culture, history, philosophy and other fields to produce a rich compendium of objects and images. Deeply invested in the materials he uses, Ruby incorporates their histories and tactile qualities into each of his series, as well as his autobiography and world view. Monika Sprüth and Philomene Magers are pleased to present an exhibition of new work by Ruby, installed throughout the Berlin gallery, interrelating along themes of verticality, duality, craft, domesticity and shifts in scale, connecting recurrent facets across the artist's work.

The title, IN WARM SHROUD. KISSING THE BLOOM CRUX. A FROST WINDOW., offers a lyrical entry point to the exhibition in an abbreviated, poetic language, nodding to the titles of several bodies of work. A group of new WIDW. paintings (short for "window"), an ongoing series, feature deep-blue hues that shift to lush turquoise via gestural white highlights, intimating the movement of water across the canvas surface, caught between liquid and frozen. As with all WIDW. works, painted cardboard columns divide the canvas in two, suggesting the panes of a window and the consequent polar notion of looking out or looking in. The paintings' tactility and everyday motifs generate a space of intimacy, domesticity and warmth, despite the icy tonalities. And their placement in a space with actual windows, moreover, creates a physical and metaphorical doubling that situates the viewer between pictorial surface and actual depth.

Ruby's new QUILTS expand this dynamic on a vast, monumental scale, in a suite of wall-based works that connect to his long-time engagement with fabric and assemblage. For over ten years, the artist has merged the realms of textile and painting, in series such as BC and FLAGS. But the connection to cloth extends further back to his childhood in rural Pennsylvania, where Amish crafts like woodworking and quilting were prevalent. Ruby started piecing fabric scraps together into clothing as a teenager, armed with a sewing machine gifted from his mother. Later, after years of making clothing in the studio alongside his paintings, sculptures, ceramics and textile-based "soft works," Ruby formalized this element of his practice in 2019when he launched the label S.R. STUDIO. LA. CA. and began presenting at major international fashion weeks.

The QUILTS embody warmth, touch and the handmade. Brightly colored skeins of tangled yarn, striped elastic bands designed by the artist, heat-pressed, collaged images and a variety of treated and patterned fabrics are sutured together in rectangular compositions, bisected horizontally and vertically. These fabric elements and techniques, many of which are appropriated from fashion and pattern-making, are reconfigured so as to reimagine new material possibilities in which the concepts of painting, tapestry and textile are entwined.

Ruby's use of assemblage in the QUILTS, particularly with everyday textiles, recall important art historical precedents from the 1960s, including Robert Rauschenberg's combines and the West Coast work of BruceConner and Betye Saar. At the same time, they also resonate with the grandiose backdrops of 1960s-era rock arena shows. Here, the binaries of art and craft, monumentality and intimacy, macro and micro, body and environment are collapsed, resulting in works that defy categorization.

In the upstairs gallery, a selection of Ruby's ceramic FLOWERS and REIF sculptures—also wall-bound, dimensional works—explore varying geometries in forms that likewise open, collapse and reconstitute themselves in different guises. The FLOWERS echo native California species such as daisies and sunflowers, and paired with Ruby's lustrous metallic glazes, they point to ornamental traditions from antiquity to the present. Yet these signifiers of nature and beauty are punctured at their center with the artist's quick, stabbing gestures.

The angular shards of the REIF sculptures (an abbreviation of "relief") similarly cut through the works' compositions, creating networks of shadow and depth across their bas-relief surfaces. Compiled of offcuts and discarded scraps from previous works that the artist amasses in his studio, REIFS convey Ruby’s impulse to reinvestigate materials. A parallel type of excavation is performed into his personal history through the inclusion of wood pieces from his mother’s barn, which was disassembled after her death and shipped from New Freedom, Pennsylvania, to Los Angeles. The REIFS' scale give them an approachable quality, and the makeshift, hand-assembled components point to the ingredients of craft and transformation that run throughout Ruby's exhibition.

The show title, an imagistic collection of references to these distinct bodies of work, creates a sense of continuity within Ruby’s exploration—existing upon a singular plane, these pieces are punctuated only by each other. IN WARM SHROUD. KISSING THE BLOOM CRUX. A FROST WINDOW. maps many of the fundamental questions with which Ruby’s art grapples, offering viewers diverse inroads into his multifaceted work.

To address the current humanitarian crisis in Ukraine, Sterling Ruby has created the open edition WAS WARWON, IN SOLIDARITY WITH UKRAINE to display in Sprüt Magers Window which will be sold online and in the gallery. All proceeds of the open edition will be donated to Be an Angel e.V., an organization working to evacuate refugees from Ukraine. 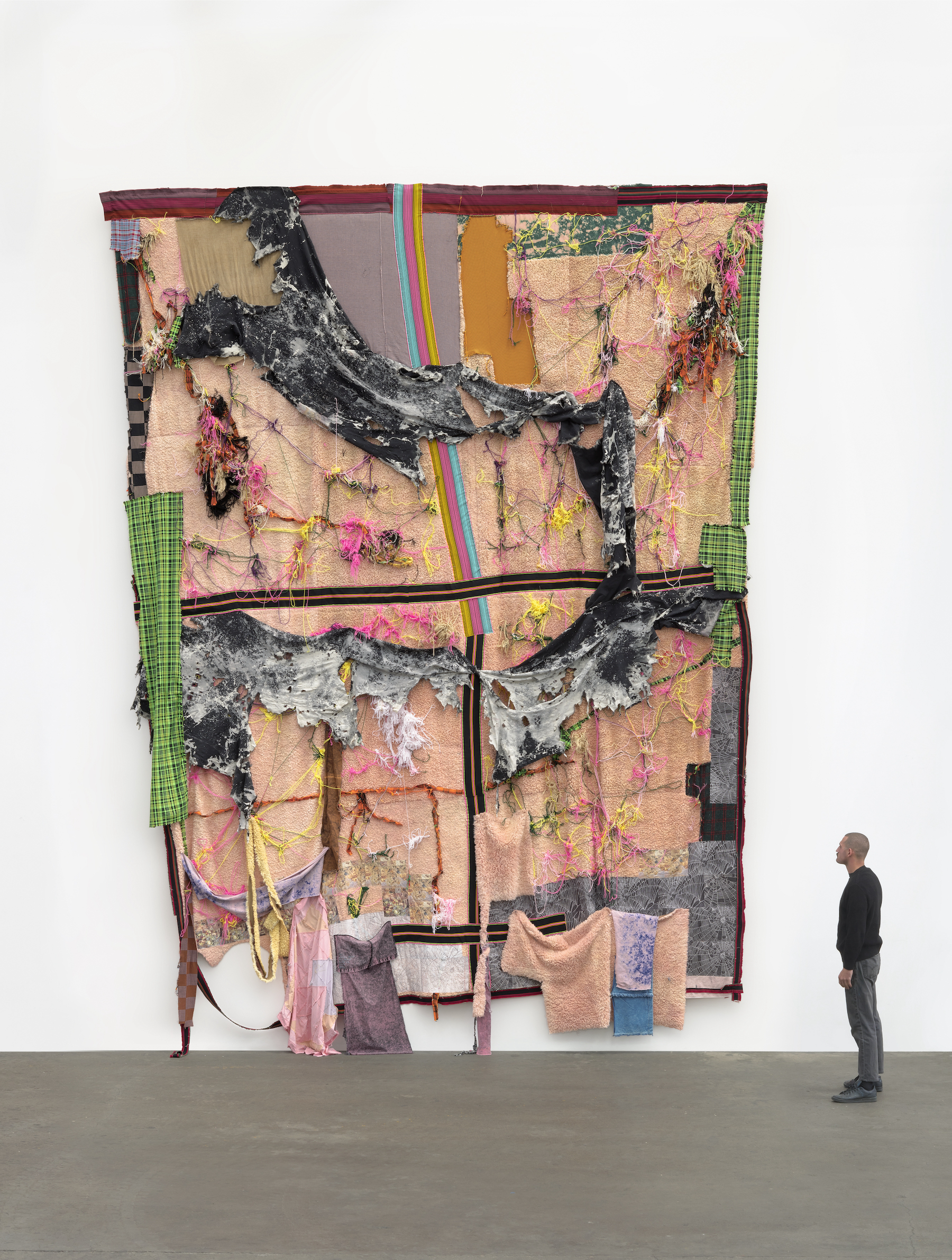 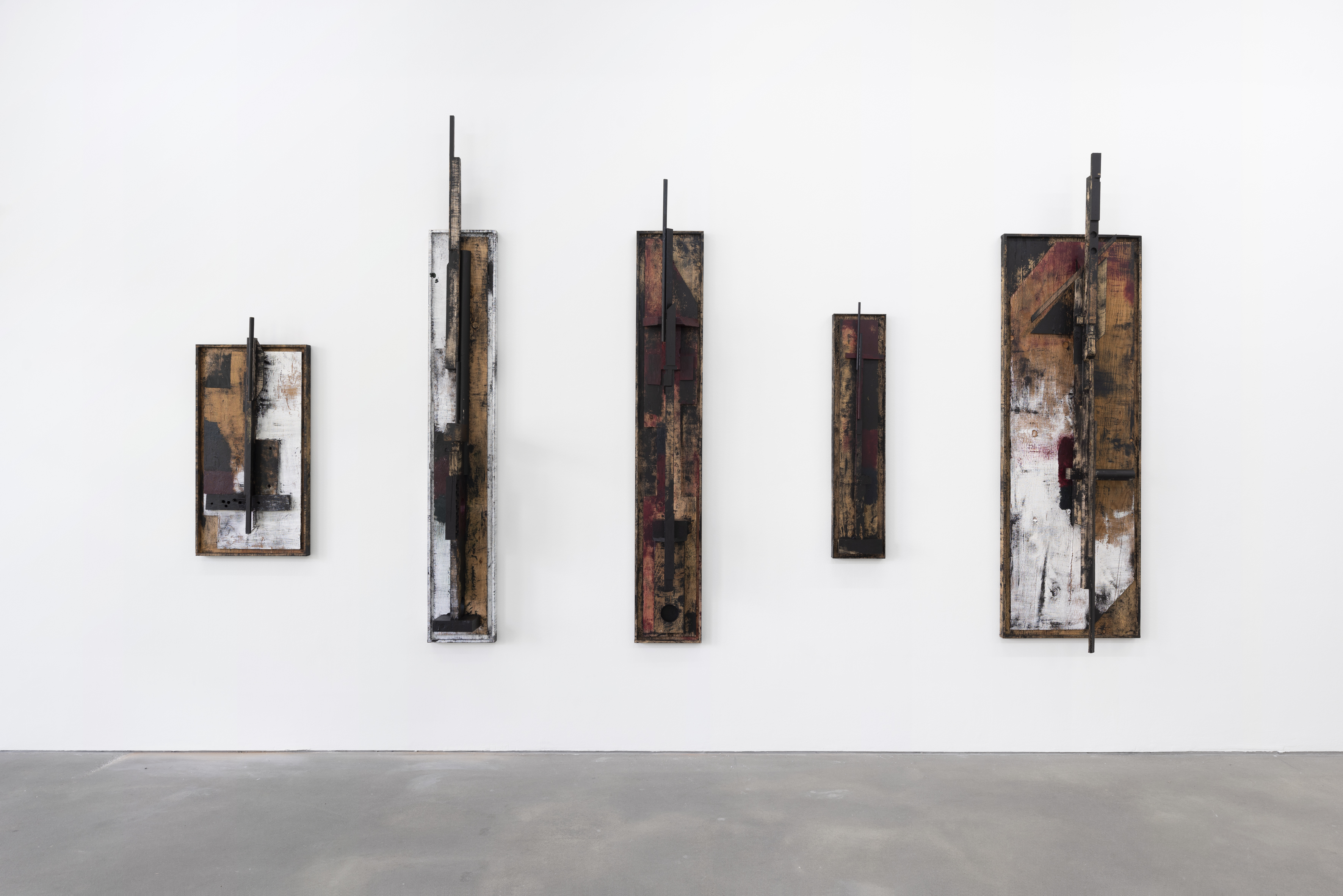 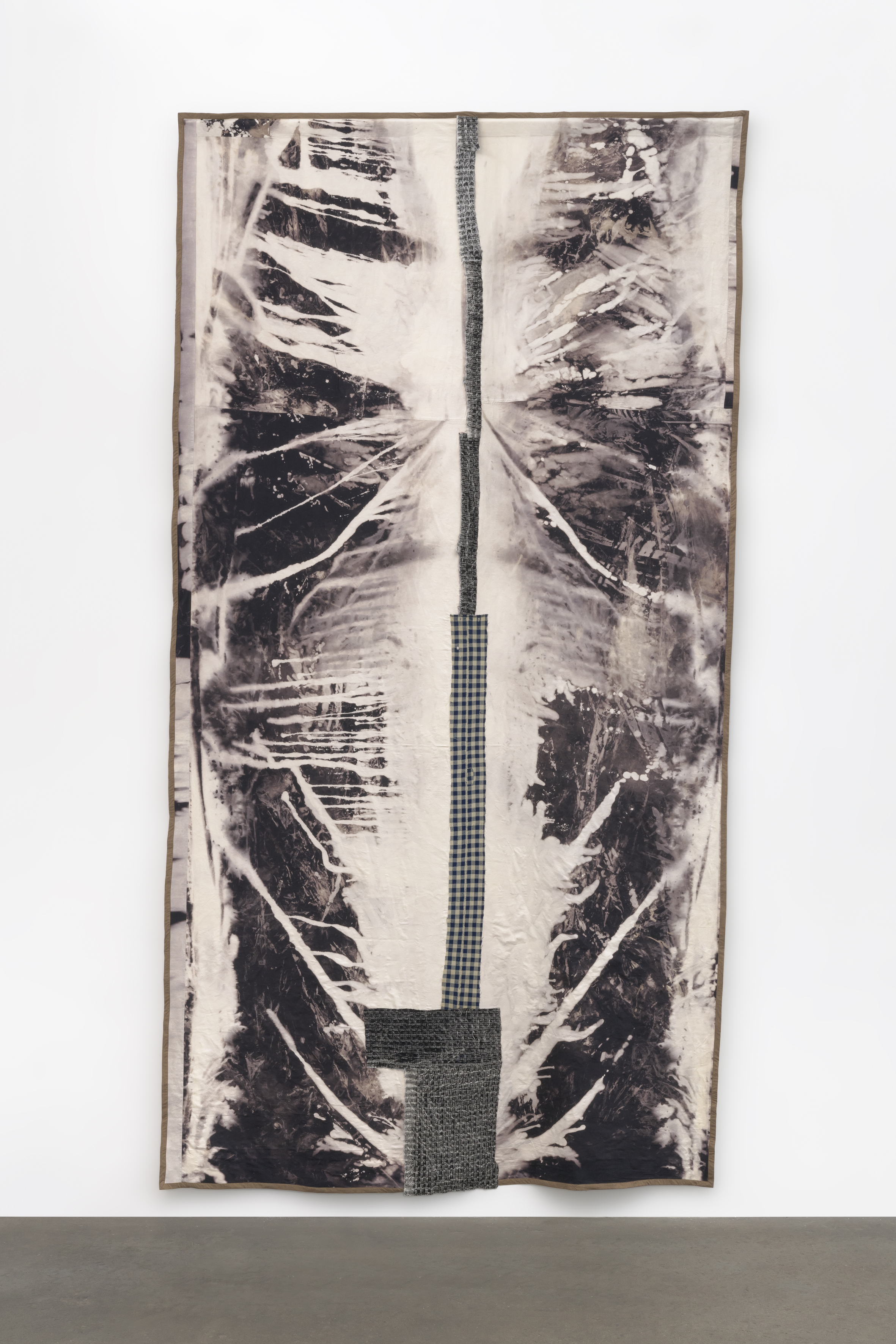 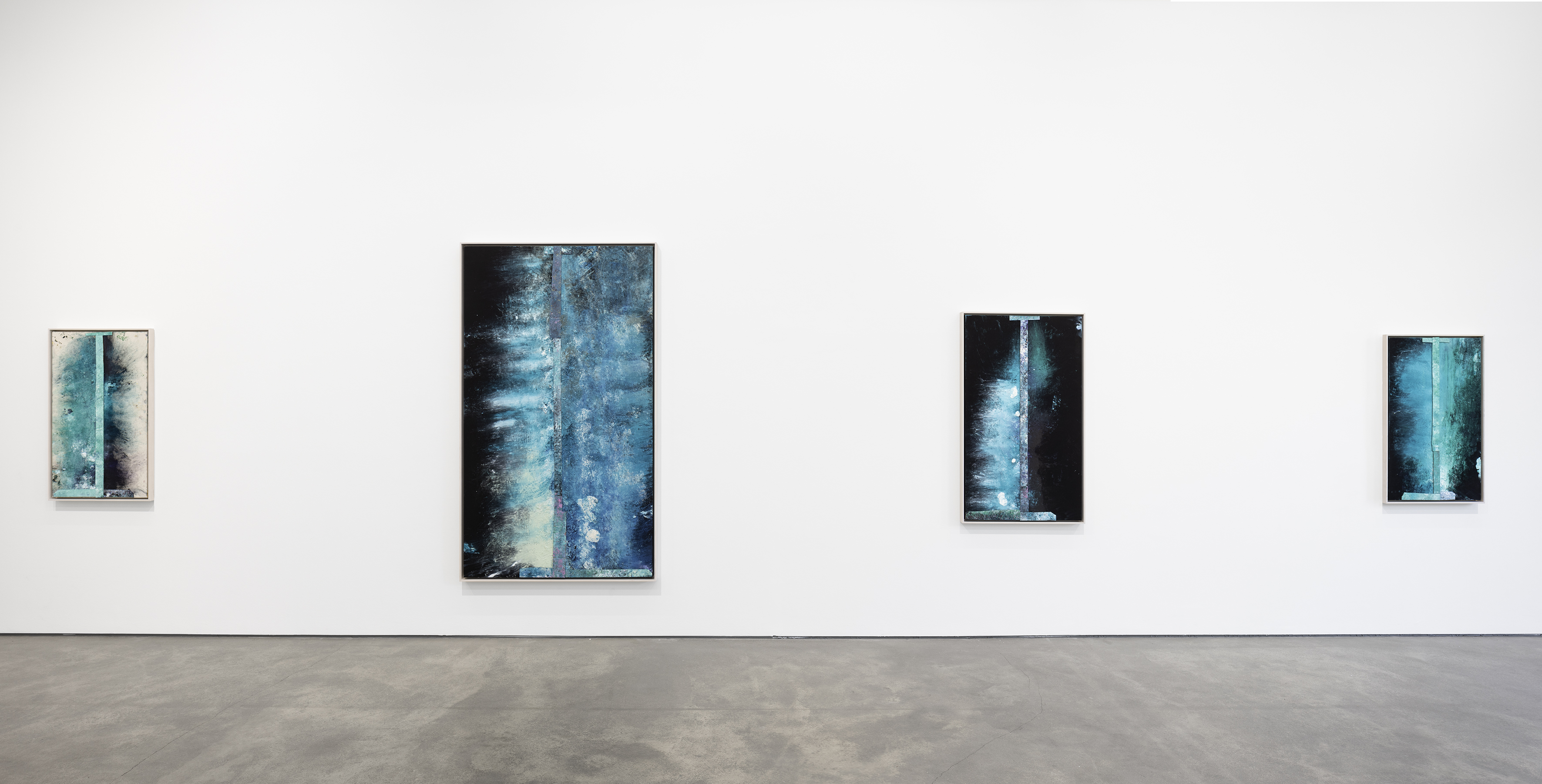 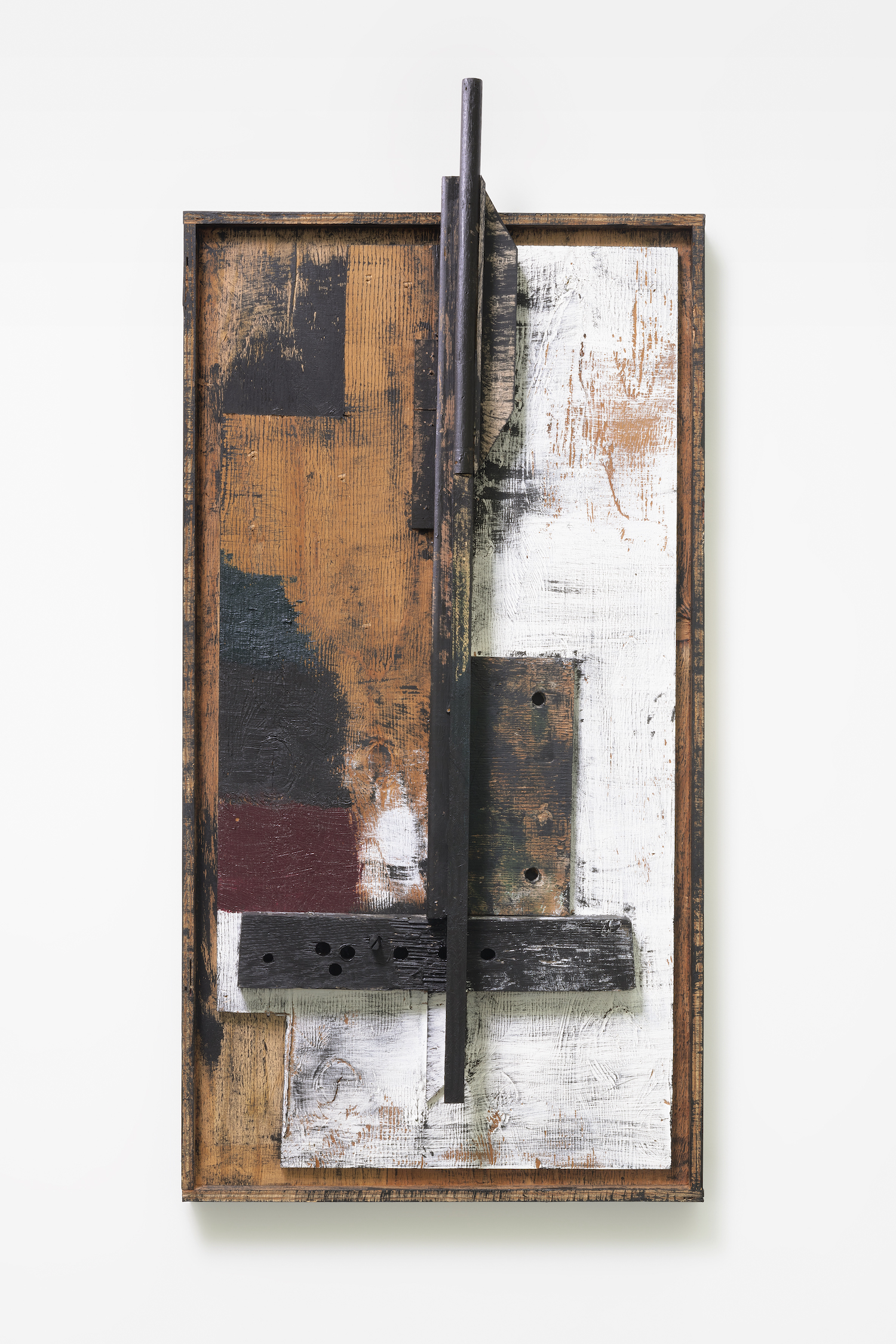 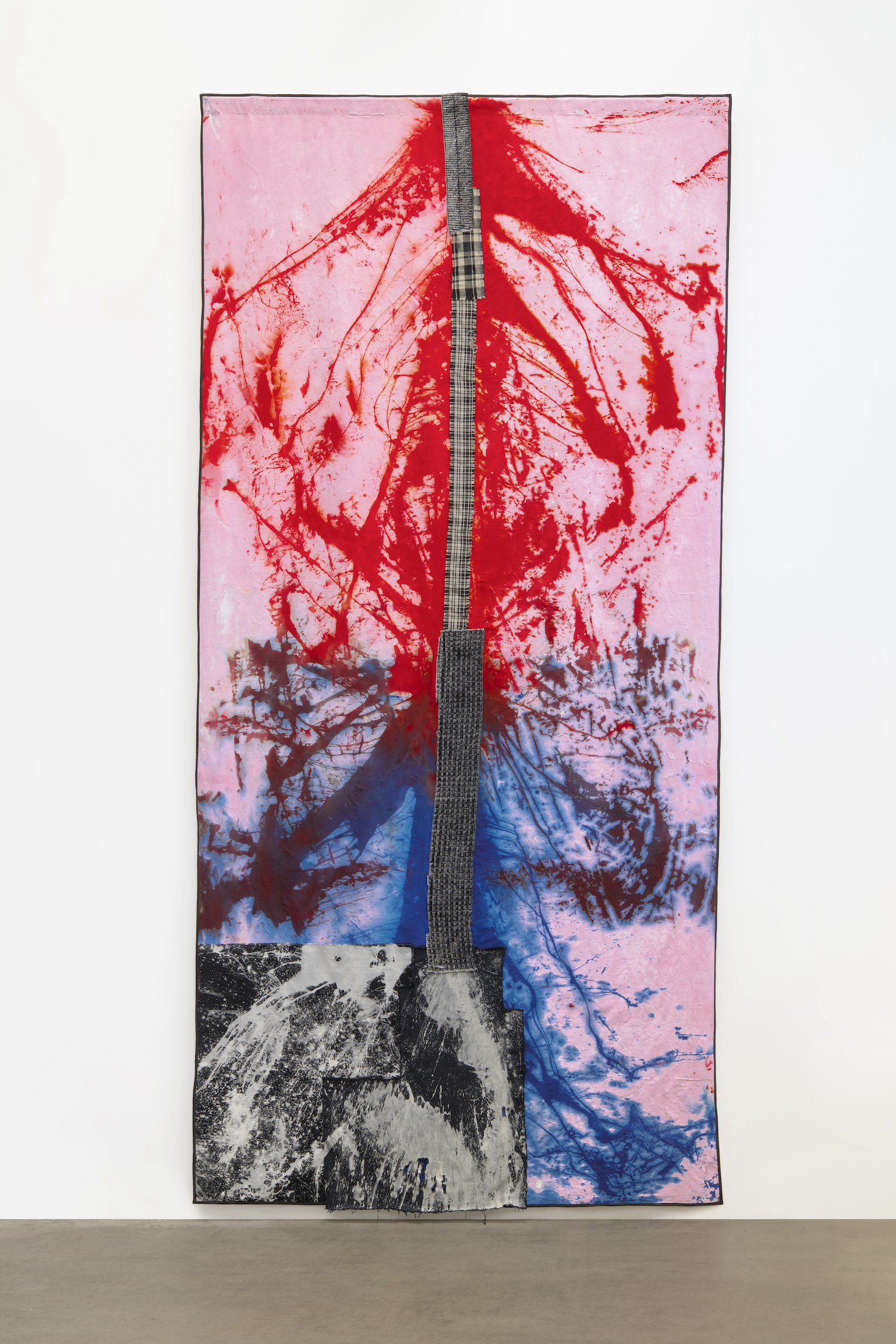 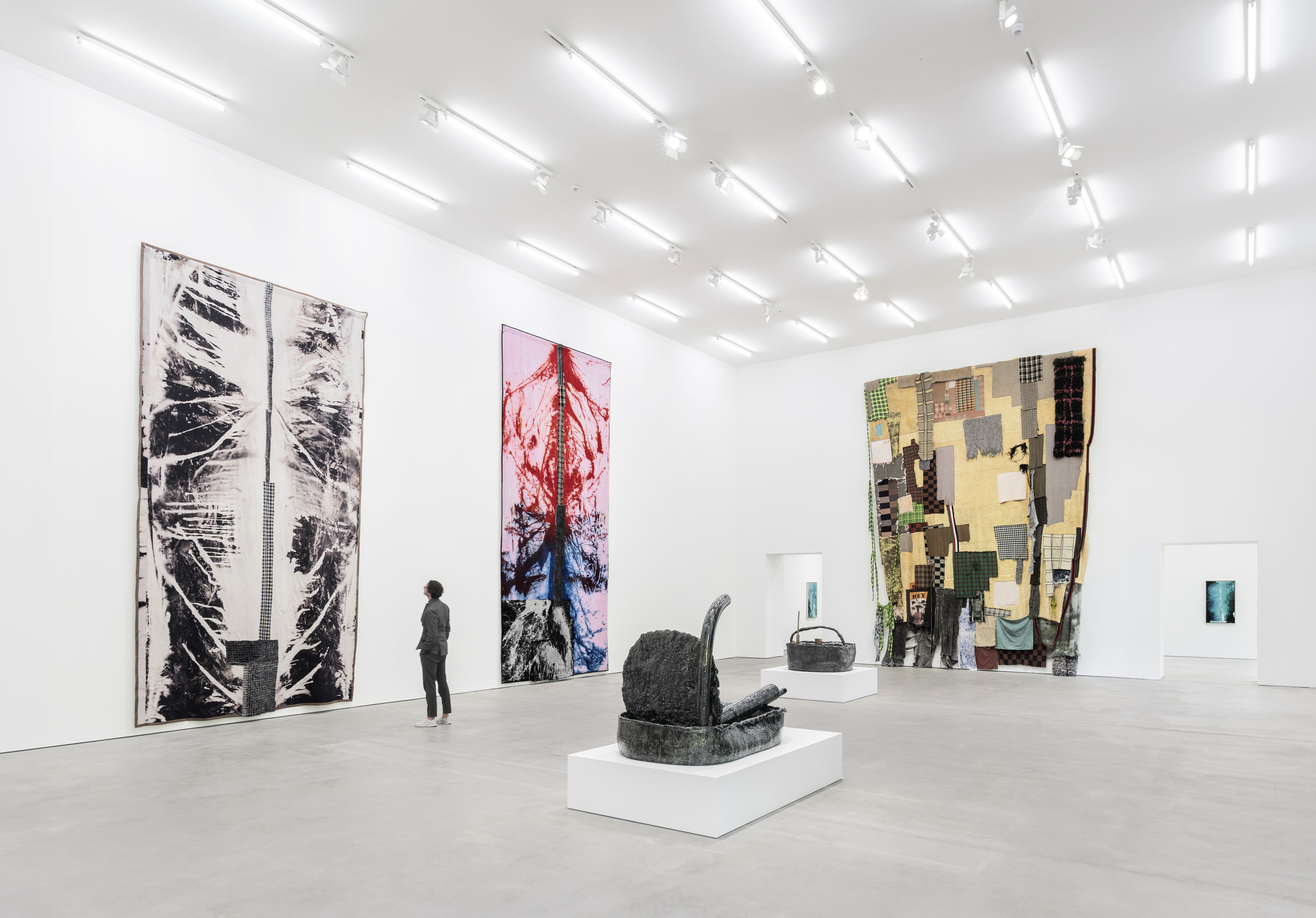