Kim and Kanye kiss without tongues

Chris Sharp Gallery is pleased to present the US solo debut of the British artist Sophie Barber.

The work of Sophie Barber is animated by a subtle series of paradoxes. Whatever she might be portraying– Barry Flanagan or Franz West sculptures at a radically reduced scale, articles from Art Review magazine, or photographs of celebrities taken by artists– she does so with a palpable skepticism of and an obvious admiration for her subject. It is an act of barbed homage. Whether she is working really big or really small, her painting is characterized by a sense of excess or abundance, that which is liable to register in the colossal size of the large, un-stretched works, or in the dense, almost confectionary application of paint and oil stick of the small-scale paintings. Eschewing the rectilinear formality of the conventionally stretched canvas, her irregularly-shaped, quasi-sculptural supports bring to mind soft, knobby bricks or lopsided cushions. They have an antic quality; their mere form full of personality. Despite its compact, hand-sized scale, the small work is not precious. Indeed, its lack of preciousness can at times seem cavalier. And yet any potential cavalierness in her approach to picture making is immediately belied by a serious and sensuous consideration of what a painting is or can be, and its comparatively primitive role in the production and promulgation of images in the 21st Century.

For her exhibition at Chris Sharp Gallery, Barber has produced a series of eleven small-scale portraits based on photographs of celebrities taken by celebrity photographers and a four slightly larger paintings of rappers with puppies. The celebrity portraits, which are painted on lumpy and uneven pavés of canvas about the size of a large iPhone, are framed by white and accompanied by both the celebrity and the photographer’s name who shot them (e.g., Frank Ocean by Wolfgang Tillmans, Harry Styles by Tyler Mitchell, Kendrick Lamar by Annie Leibovitz). Depicted in a thick and vivid impasto of oil paint and oil stick, the diminished images possess little to none of the glamour of the original. They seem more like wry tributes than flattering imitations, and yet the attention, care and precision with which they have been wrought inevitably flatter. Thus is the double apotheosis of celebrity compounded by celebrity partially deflated into something delightfully questionable and weirdly affecting. Meanwhile, the slightly larger portraits of rappers such as Travis Scott and Megan Thee Stallion with puppies are portrayed in the same chunky style on pillow-like canvases. Where the outsized bravado of the entertainer is countered by the humbling presence of the harmless, unassuming companion, both are transmogrified into exuberant interrogations of the whole enterprise of representation. 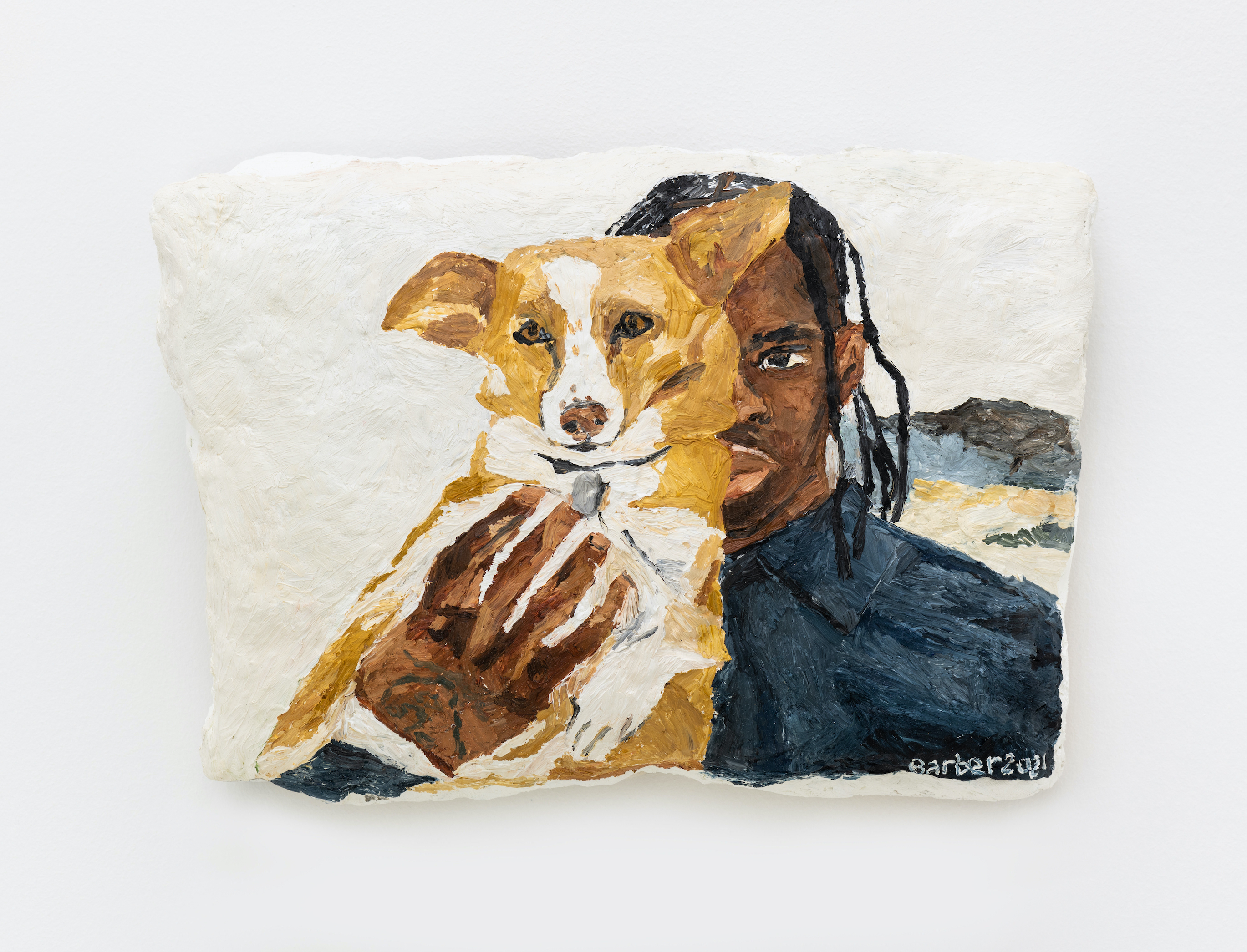 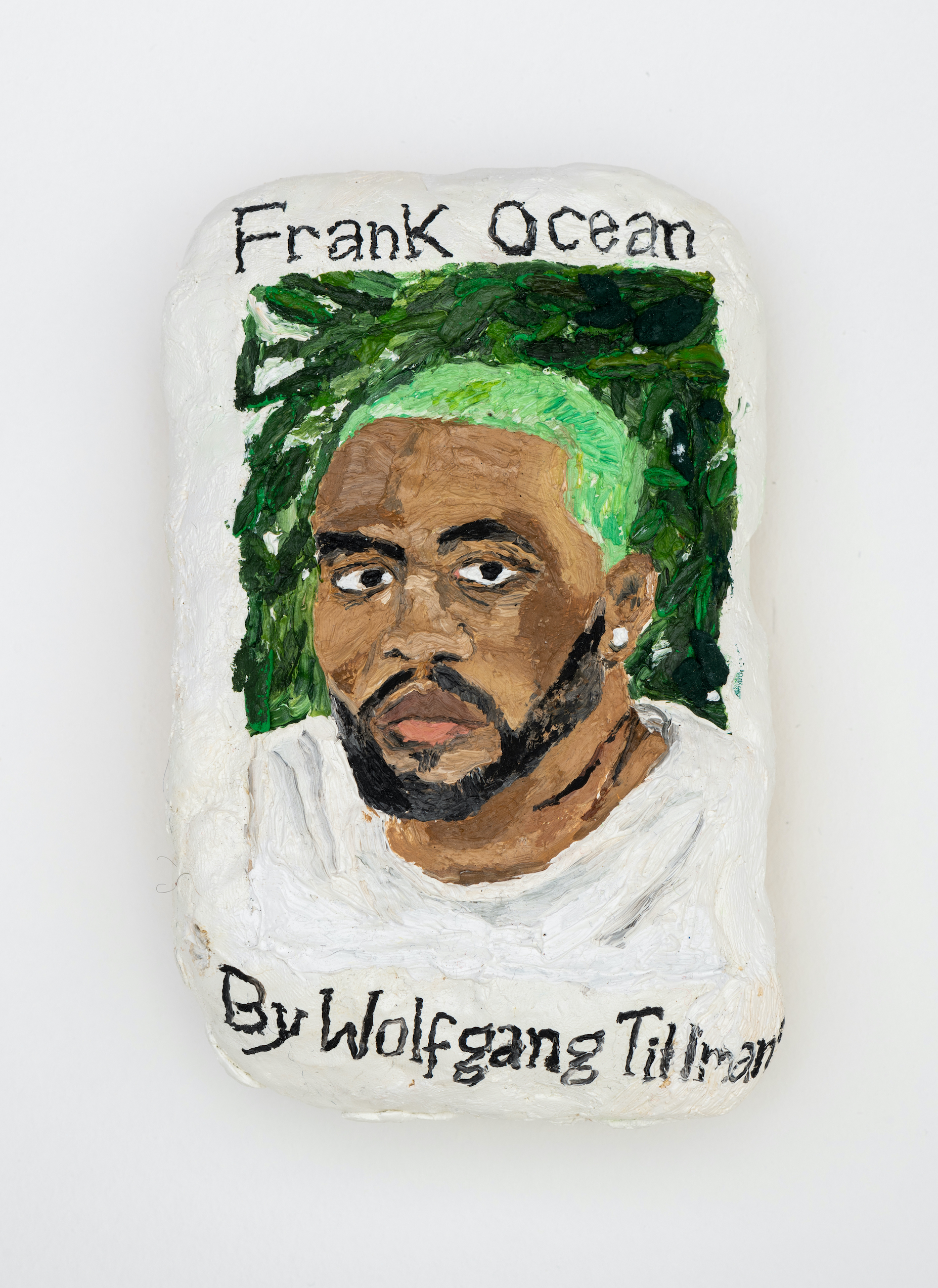 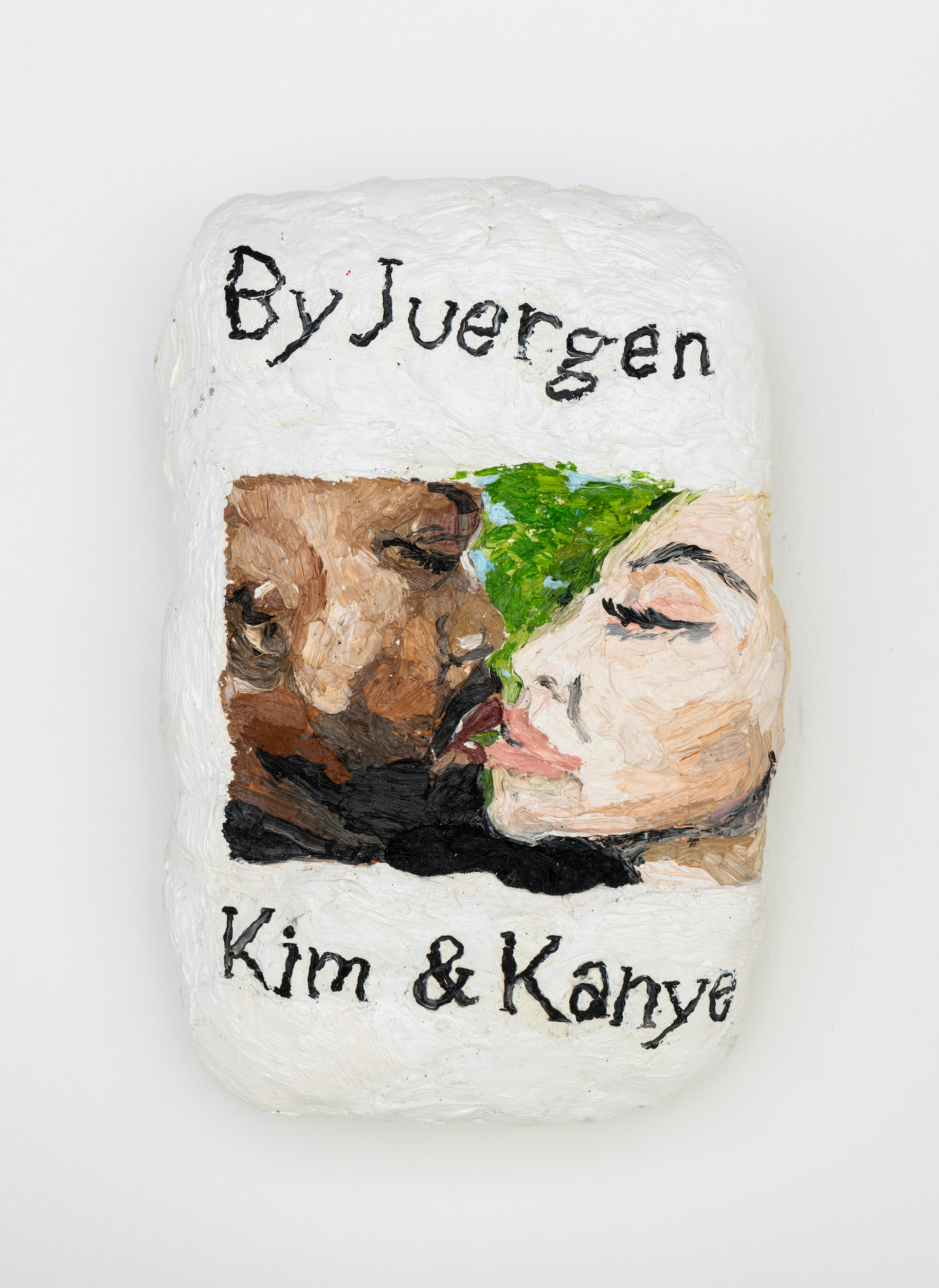 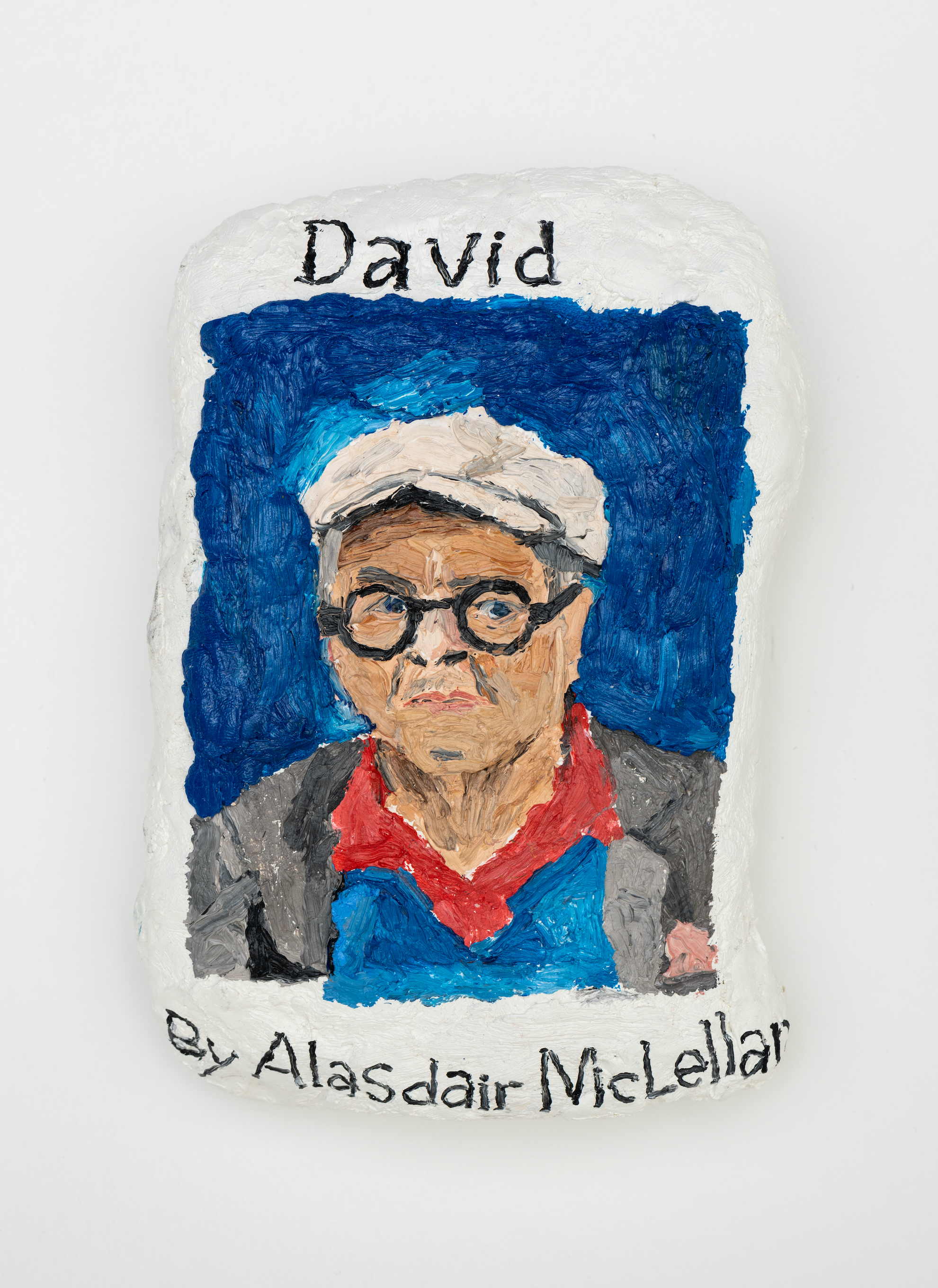 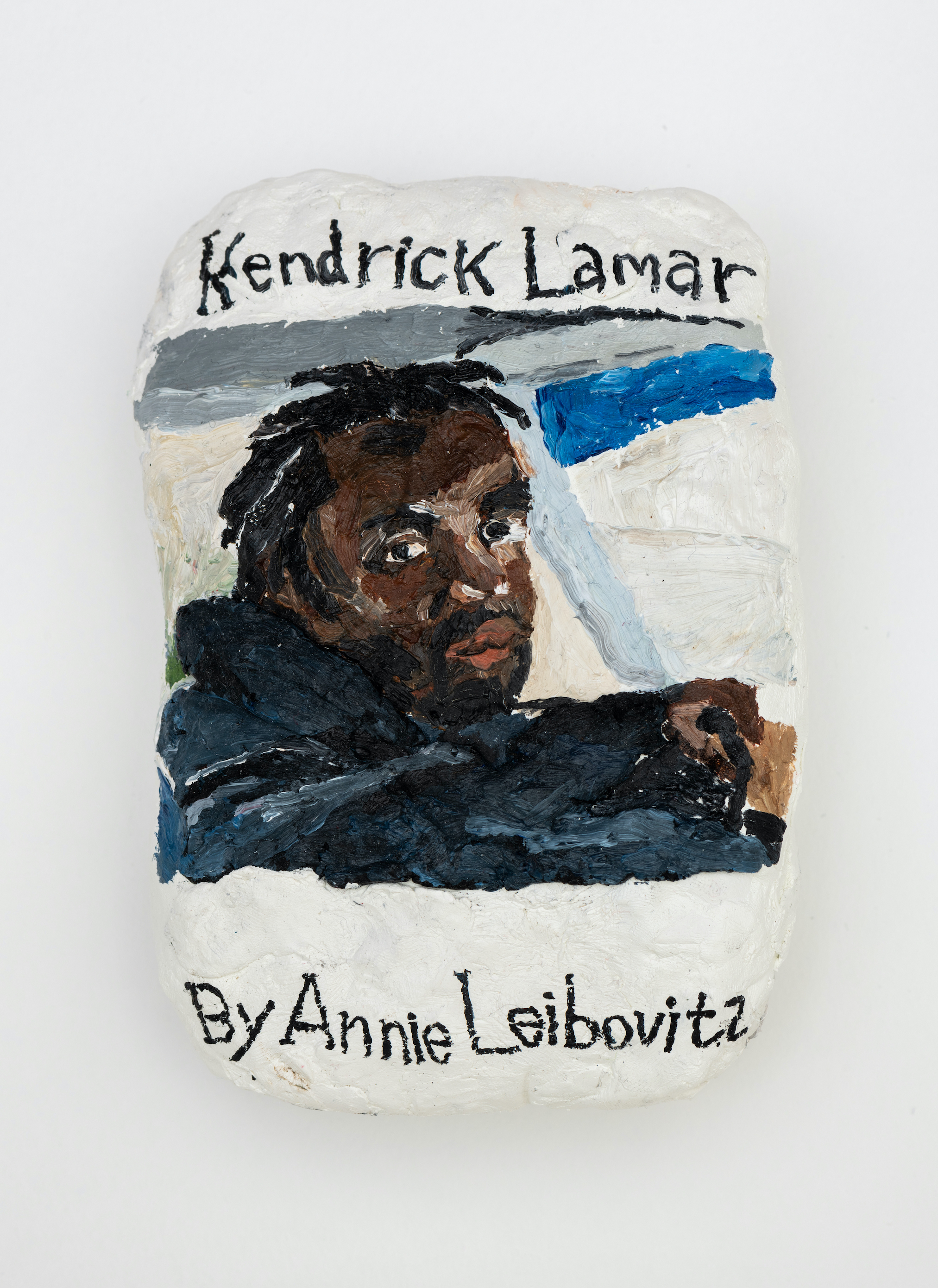 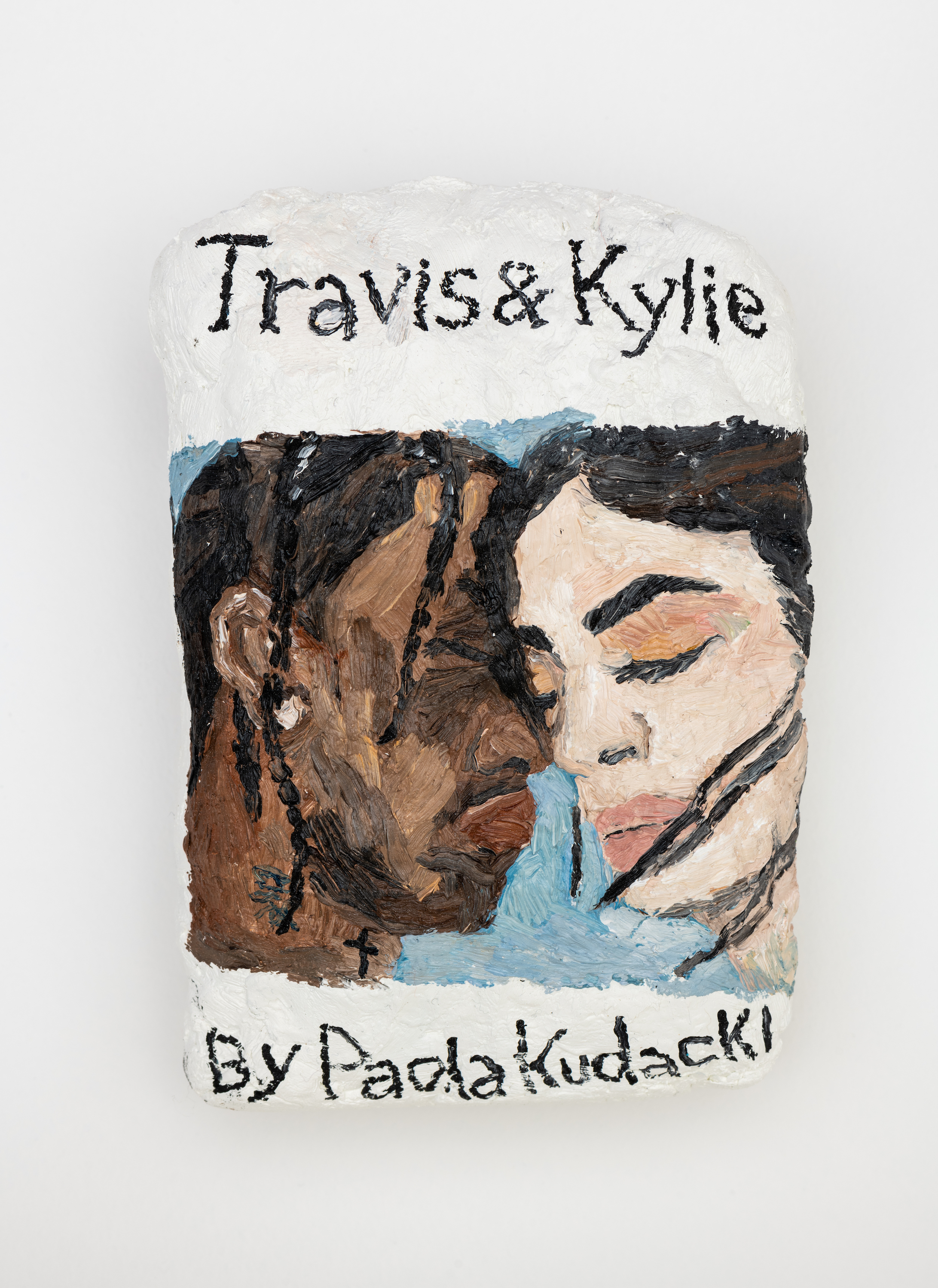 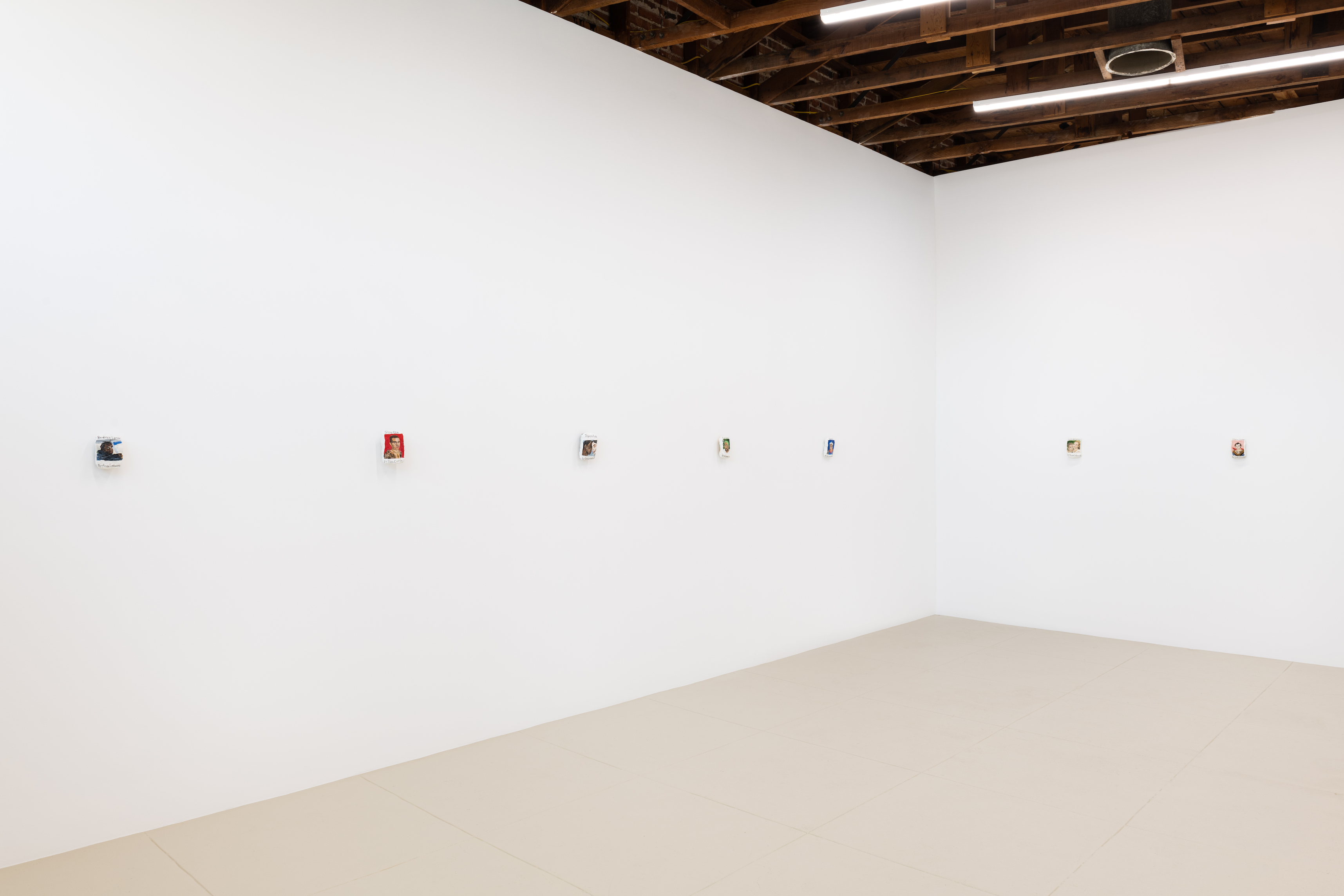 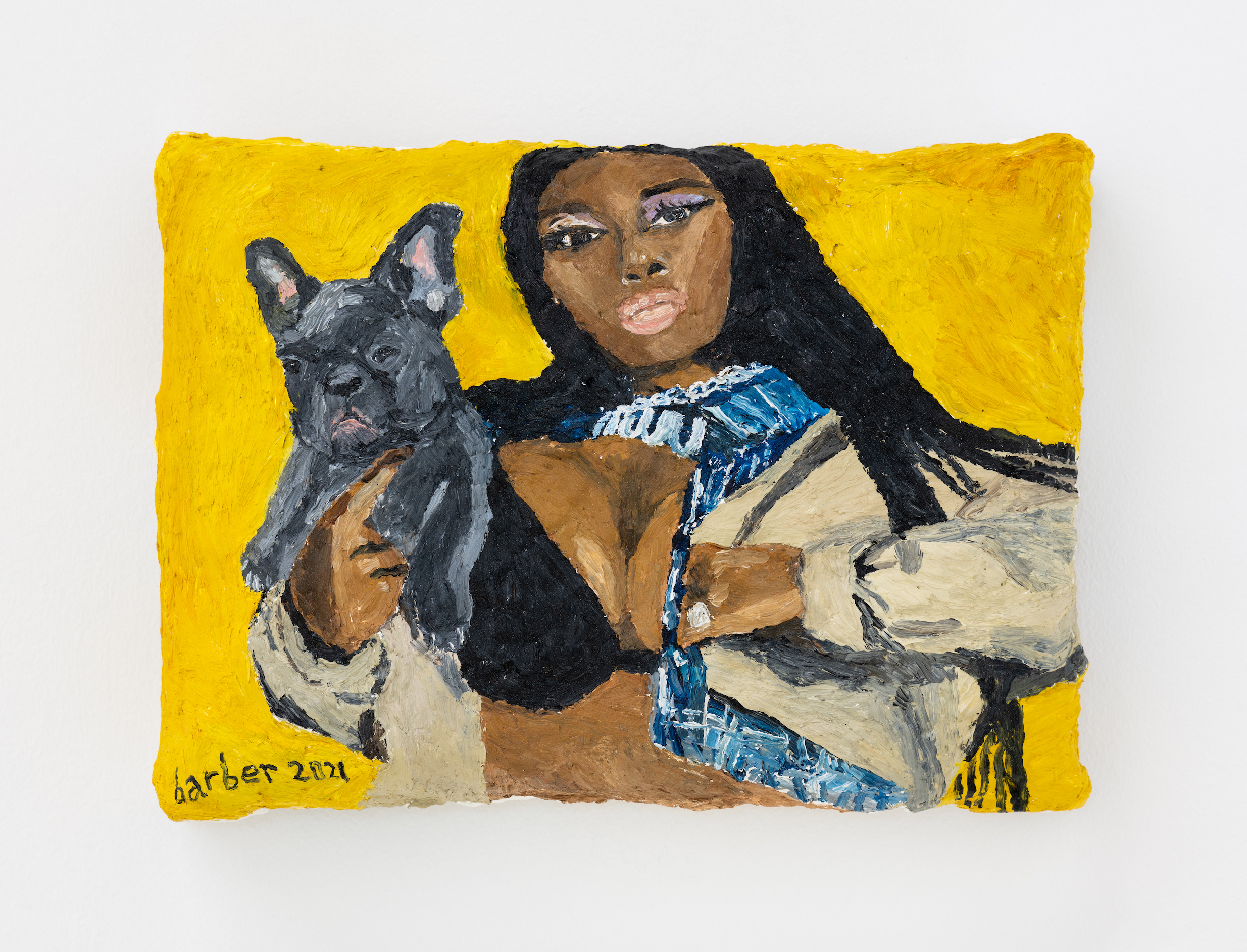