MISAKO & ROSEN is pleased to announce “Moves” a solo exhibition with Shimon Minamikawa. Minamikawa has participated in institutional exhibitions at the Museum of Contemporary Art, Tokyo (2109), the Museum Brandhorst, Munich and MUMOK, Vienna (2015/16), The National Art Center, Tokyo and the National Museum of Modern and Contemporary Art, Korea, Gwacheon (2015) as well as the National Museum of Art, Osaka and Tokyo Opera City Art Gallery (2014) and the Mori Art Museum, Tokyo (2013).

Characterized by an emphasis on the potential for painting to function both as an active void as well as a space for and of play, Minamikawa’s practice serves as a particularly Japanese response to the current state of painting. The present body of paintings mark a point of departure in that their area of focus is on sprayed rather than brushed acrylic paint. Reflective of both Minamikawa’s recent move - from the urbanity of Tokyo to the refinement of Kyoto - as well as his interest in jettisoning the brush in favor of a simple spray, the work traffics in a positive series of cancellations - of form and material - subverting in a critical, yet playful manner, the viewer’s expectations. Spay paint - sometimes a monochrome black - other times a vivid pink or blue - forms incomplete shapes and imperfect symmetries on top of a brushed monochromatic ground. Closer inspection - invited by the affective quality of radiating, fuzzy optics, reveals the presence of Minamikawa’s trademark drips and spots as well as textures - both hard and liquid - that elude a glance as well as casual photographic reproduction. Rewarding of close consideration these newest paintings by Minamikawa,despite their initial apparent casualness, stand as his most affirmative “P"aintings to date. 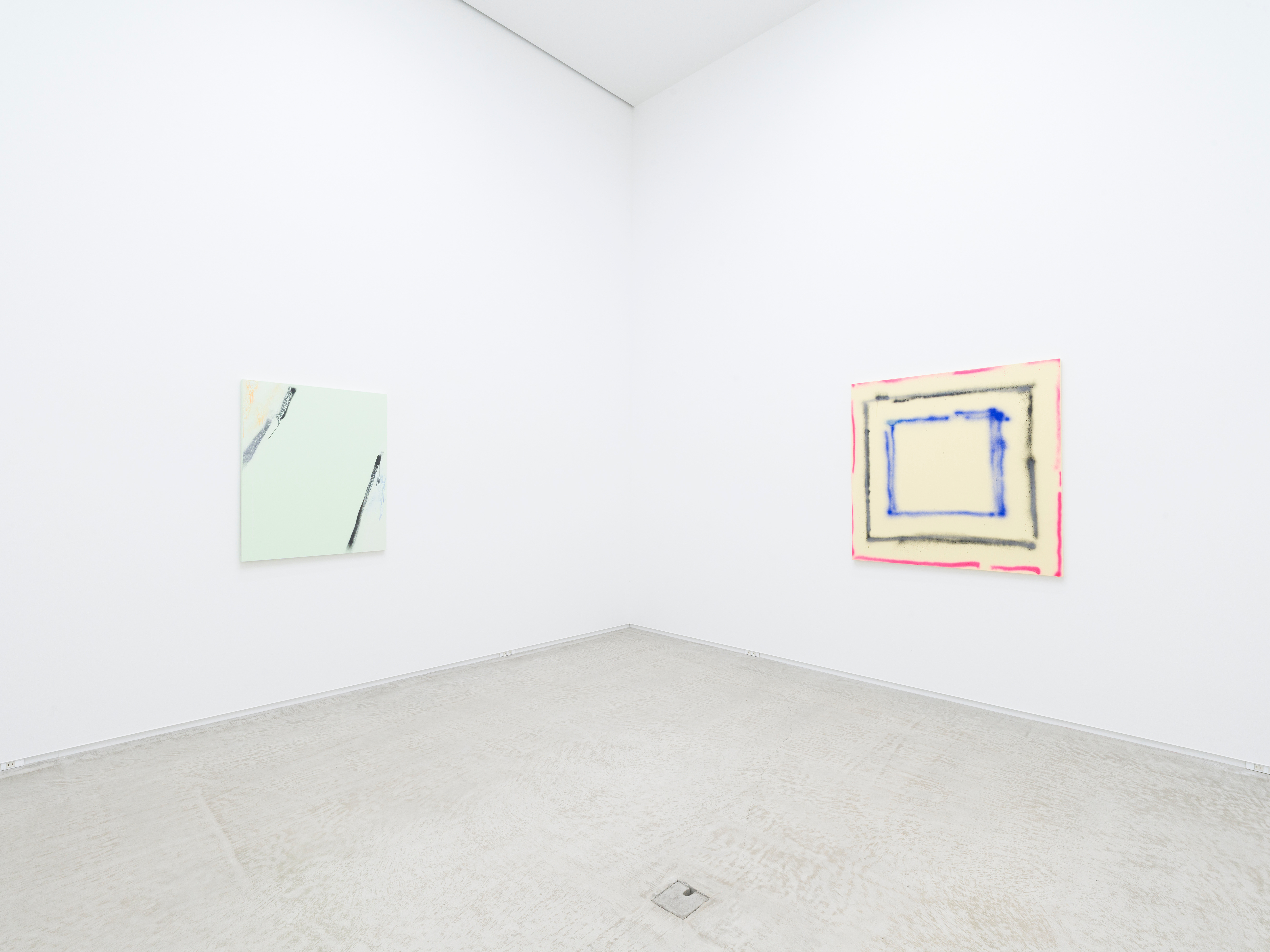 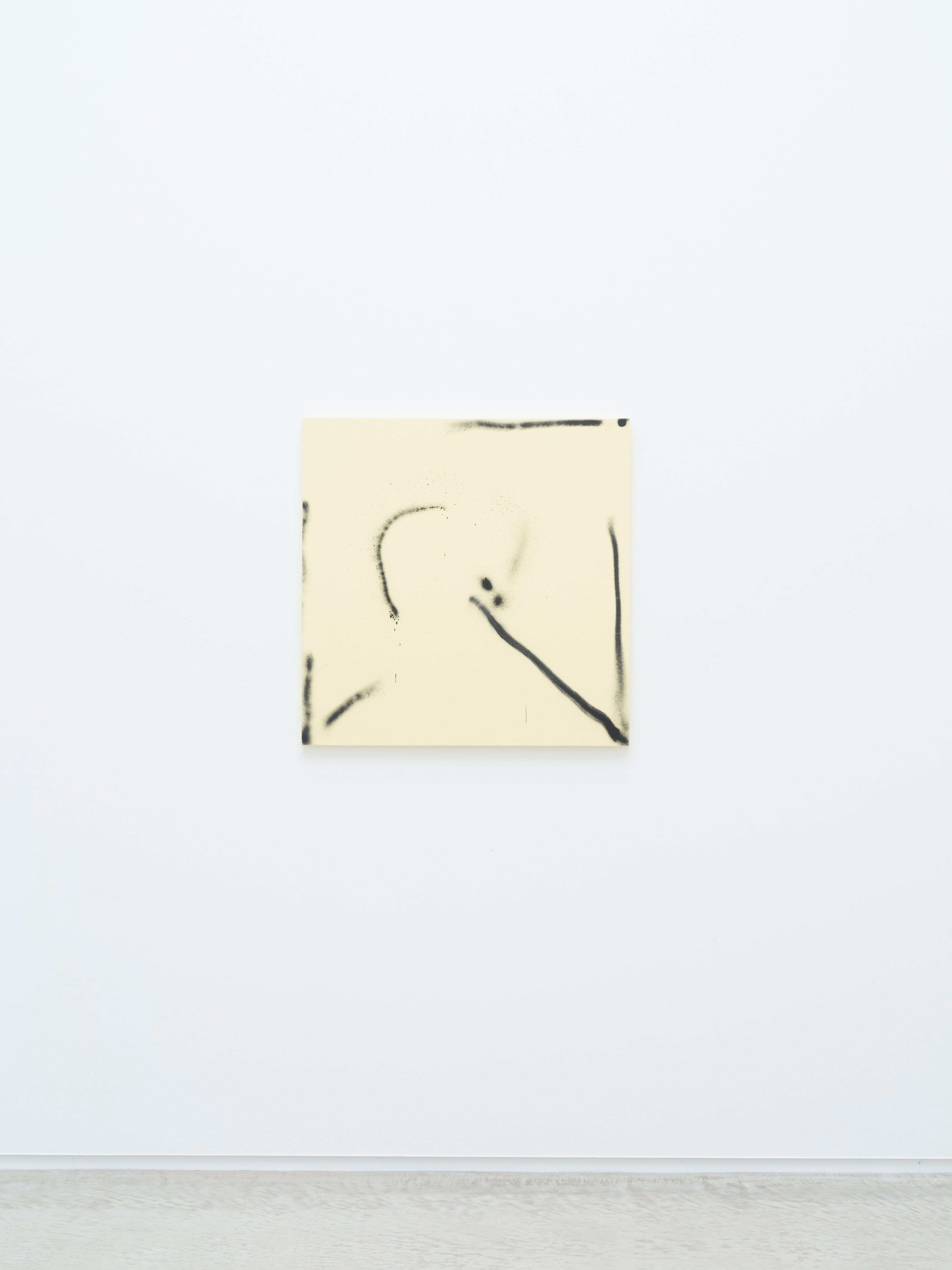 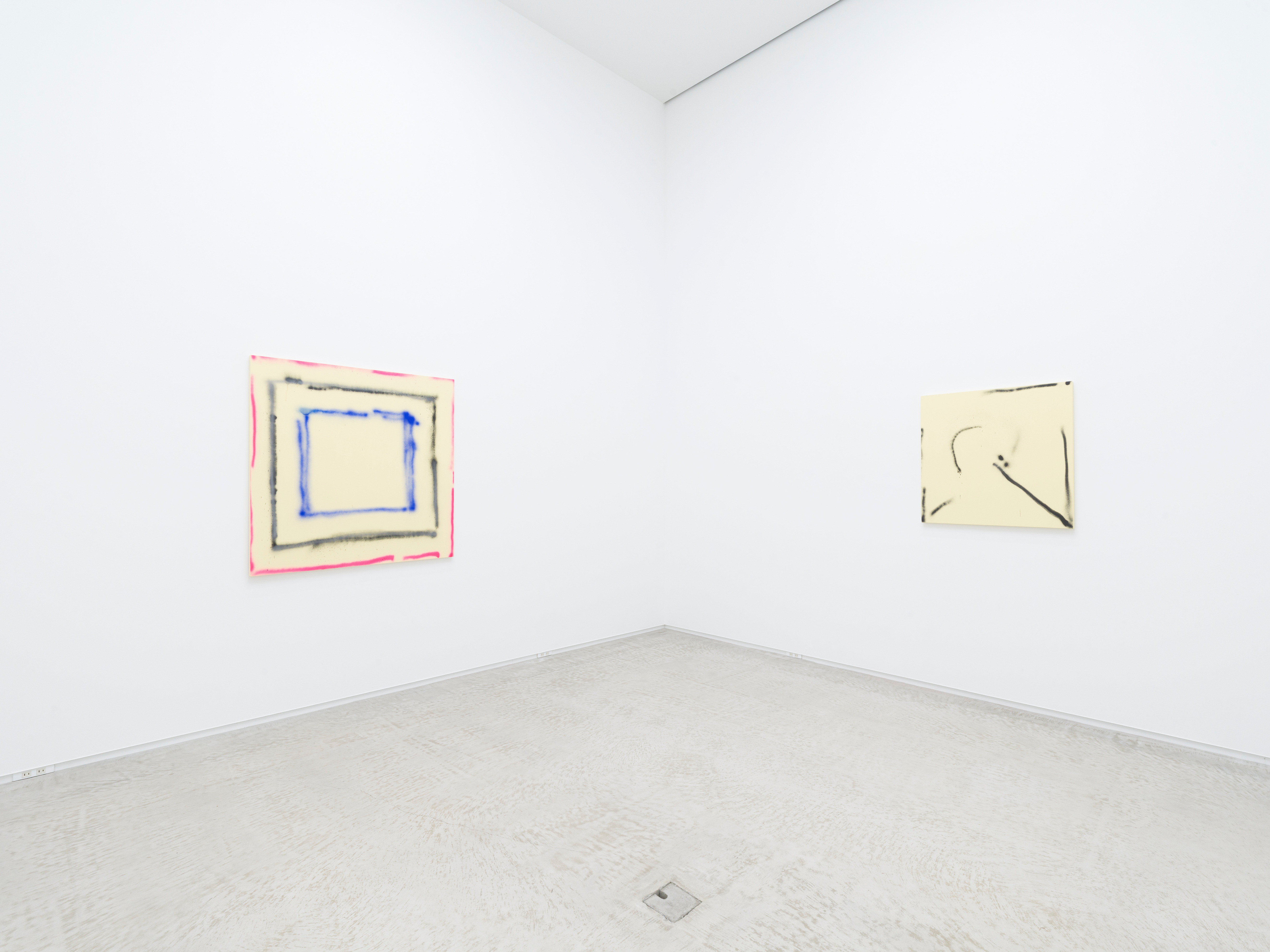 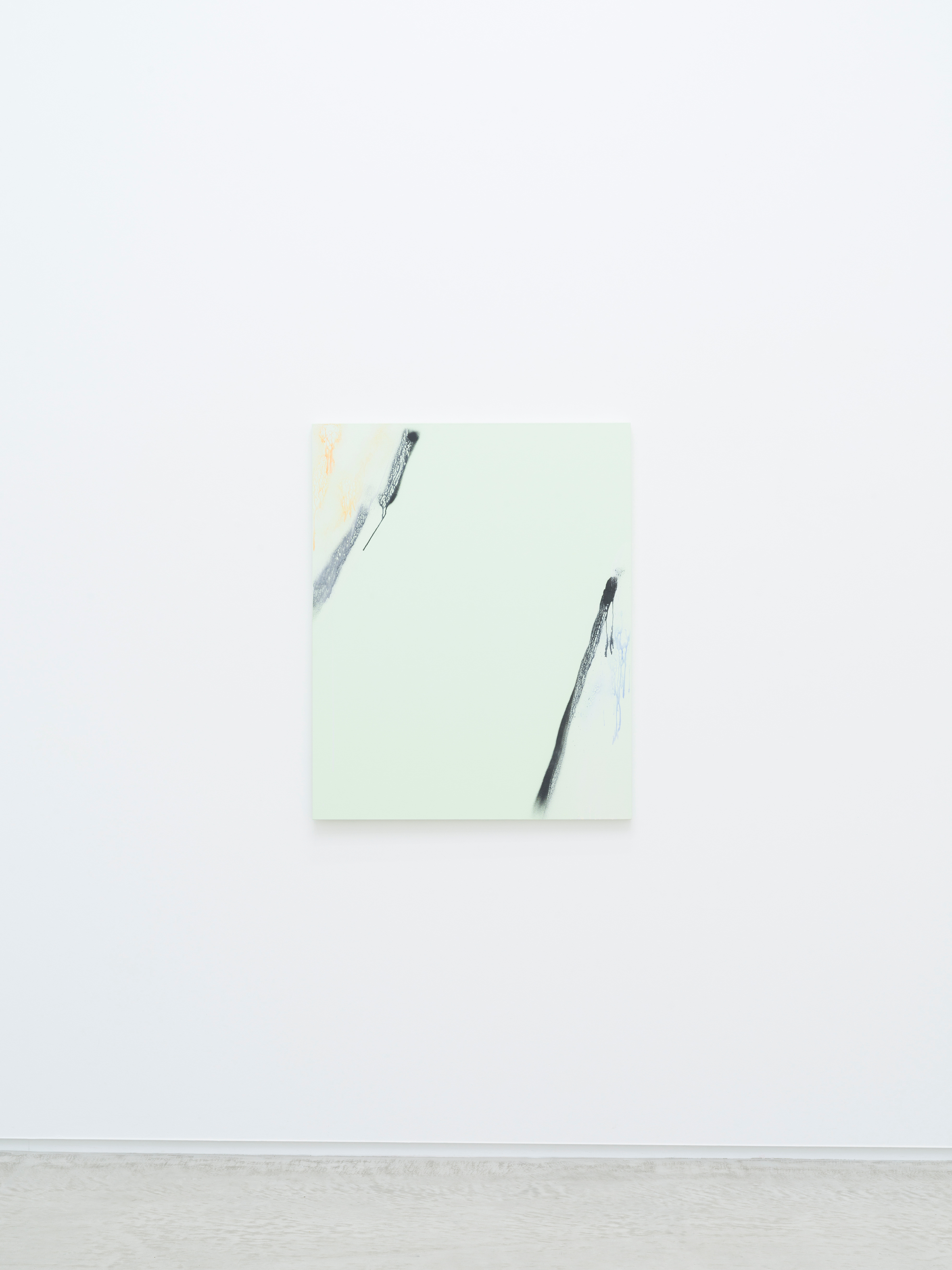 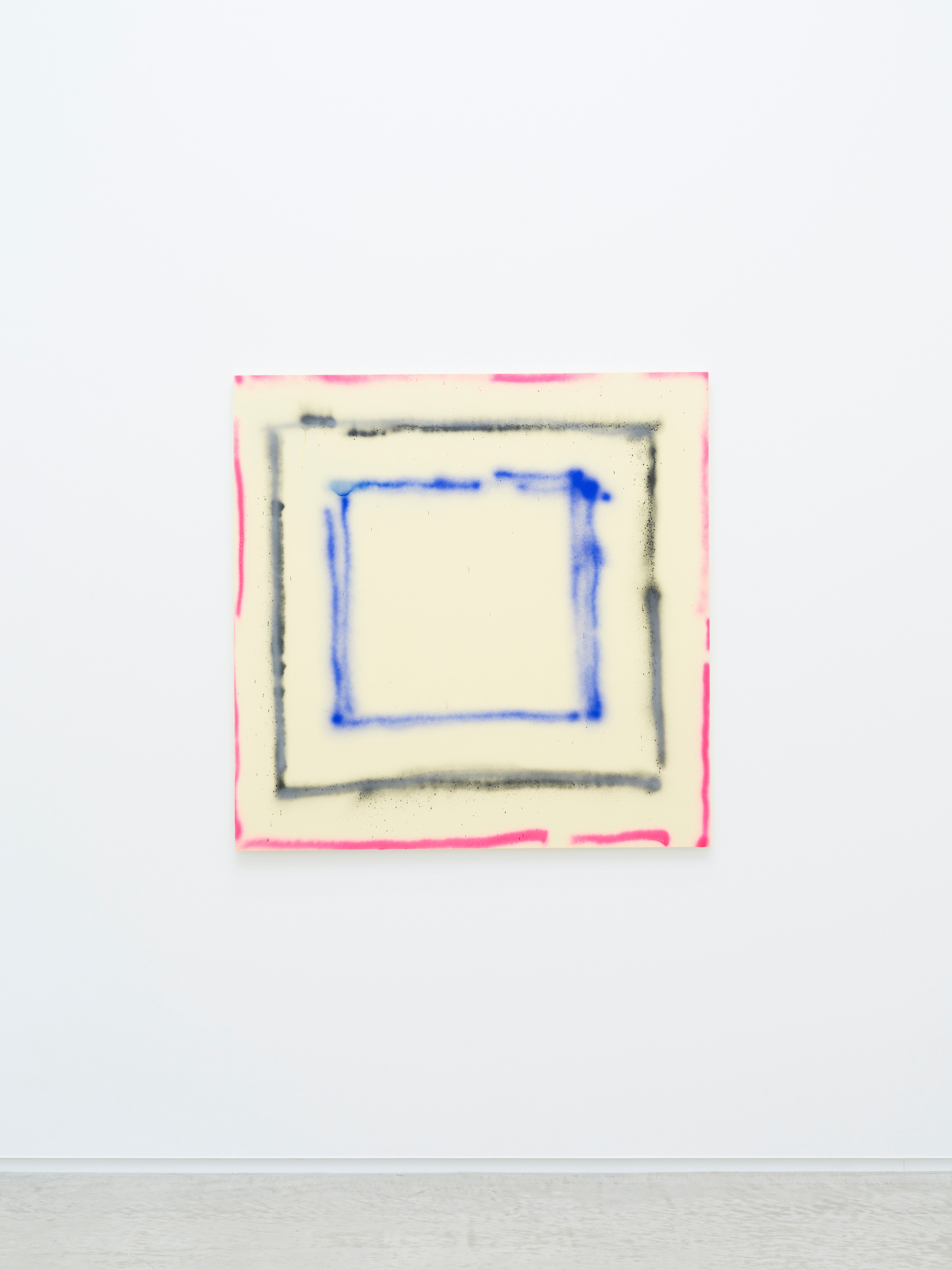 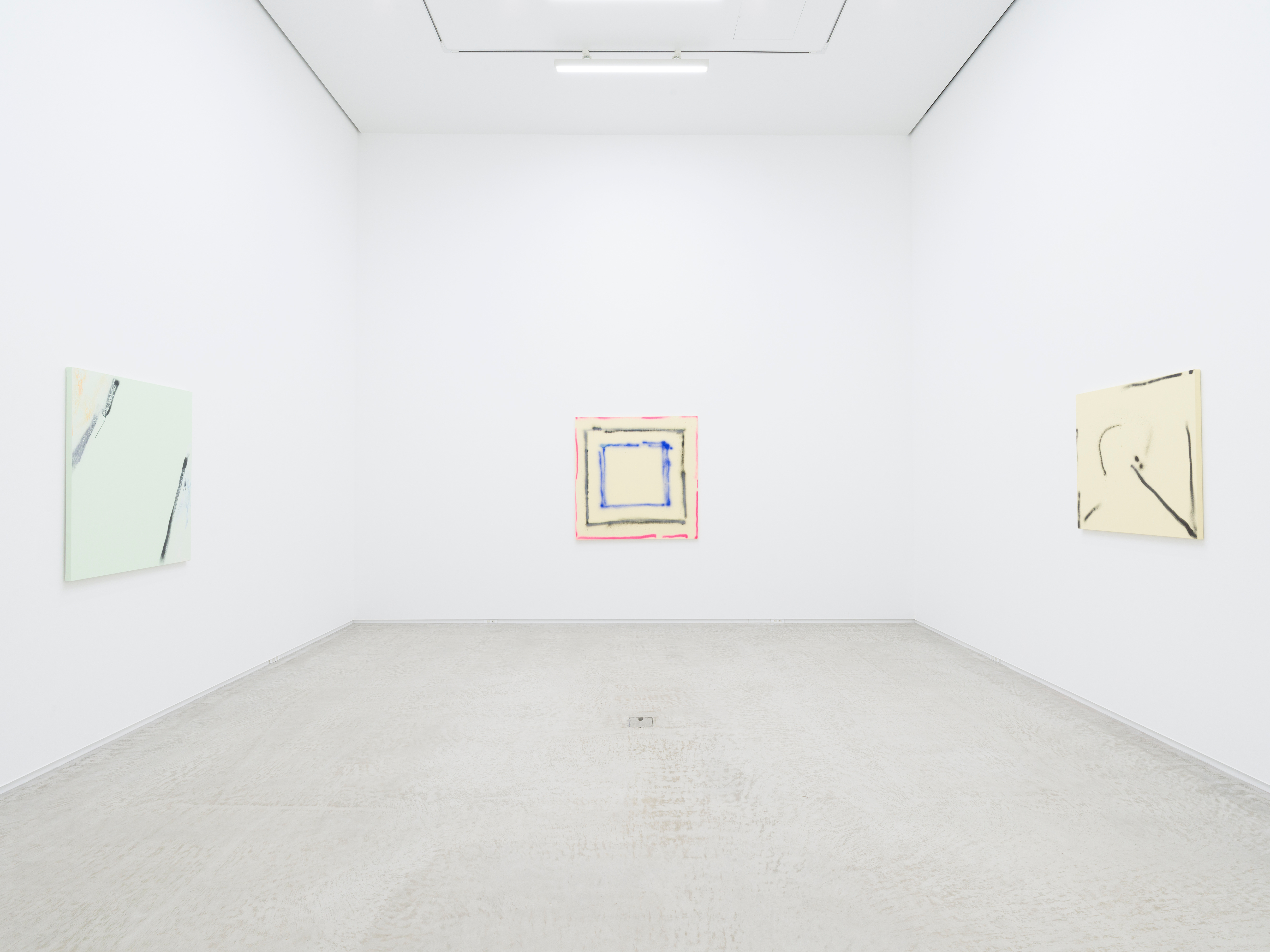