Take What You Need

Geneva—Pace Gallery is delighted to announce the first exhibition of Brent Wadden in the Geneva gallery. On view from March 26 – May 15, 2021, Brent Wadden: Take What You Need will present a series of new handwoven textile paintings made over the last year while the artist has been in lockdown in Vancouver, Canada.

Synthesizing traditions of painting, design, craft, and folk art, Brent Wadden’s work is the antithesis of mass produced, machine-made textiles. At every stage of creation, from sourcing the yarn to stretching the finished textile over raw canvas, Wadden is in control. The exhibition’s title, Take What You Need, is at once a tongue-in- cheek reference to the ‘honour system’ phrase Wadden often hears when sourcing his second-hand fibres, and a broader comment on the largely overlooked line between need and greed in contemporary Capitalist culture. Much like a painter using different types of paint, Wadden uses an array of yarn—including cotton, wool, acrylic and hand- woven fibres—to imbue his artworks with a sense of depth and tangibility. From afar these works might be mistaken for abstract paintings, but up close they reveal a multitude of hand-woven hues and textures. In this way, Wadden’s expert handling of material, composition and colour confounds our expectations of media and discipline, surface and texture.

Originally trained as a painter, Wadden taught himself to weave in early 2010s, eventually shifting to focus entirely on textiles. Nevertheless, his interest in modernism and the painters of the Bauhaus and Abstract Expressionism continues to be a leading influence in his practice. In this exhibition the influence of Clyfford Still is evident in the compositions that feature a diagonal line—a subverting of the grid. This negotiation of line and grid is inherent in the makeup of weaving as Wadden works within the confines of the warp and weft, but it is also greatly influenced by the restrained yet expressive visual language of Agnes Martin. Alternatively, works such as the large black and white or green and blue compositions, use rhythm and repetition in their patterning that is reminiscent of Bridget Riley. As well as painting, Wadden draws inspiration from other traditional craft-based practices, such as weavings by Indigenous Peoples in Canada and the Quiltmakers of Gee’s Bend in Alabama. In traversing such a broad spectrum of artistic influences Wadden has not only formed a practice that is distinctively his own, he also collapses the hierarchies of disciplines, interrogating the boundaries that separate painting from textile, art from craft, decorative from functional.

Wadden uses backstrap and floor looms which, interestingly, only allow for about a foot of the textile to be seen at any one time. For Wadden, “this is where the magic happens”—the unknown element of the process, of not knowing exactly how the final piece will look until it is released from the loom. Sometimes these panels—such as the more moderately sized compositions in this exhibition that feature bright bursts of neon pink and sunny yellow—are taken off the loom as finished pieces and stretched over canvas. Alternatively, as seen in the larger works such as the green and pale pink piece, Wadden hand sews multiple panels together.

By rejecting seamless joins or perfect alignment, Wadden’s work celebrates what might be deemed ‘mistakes’ or ‘imperfections’ in another context. It is a purposeful signal to viewers that these works are the result of a labour- intensive, diligent practice that Wadden has been honing for many years. His is a painstaking process that simultaneously demands delicate attention to detail and physical strength to negotiate the loom—a balance that is felt in the final works.

Gathering the material for his work is an integral aspect of Wadden’s practice—often choosing pre-owned or found yarn that he finds online via websites like eBay, Craigslist or Kijiji. He spends months building up his collection, waiting until he has enough of specific colours to start working on a composition. He explains, “I normally drive for an hour, which is great. Sunday adventures. You’ll pick up all this yarn from the seventies or eighties, from somebody’s grandma, or from somebody who’s stopped weaving.” In choosing preowned yarn, Wadden’s work not only speaks to issues of consumerism and the impact of wasteful fabric practices, as referenced in the exhibition’s title, it also quite literally, and poetically, weaves together the histories and stories that accompanies each thread of yarn.

These works evade classification, neither painting nor textile, but somehow both. Wadden enjoys this ambiguity— that these graphic works can simultaneously belong to both camps and to neither. Standing amongst this suite of new textile paintings, Wadden’s innate understanding of colour, pattern, and musical rhythm is undeniable. ‍

Brent Wadden (b. 1979, Glace Bay, Nova Scotia) produces abstract woven works that bring together traditions of painting, design, craft, and folk art. Although Wadden’s early drawings and paintings developed through academic training, he largely taught himself weaving, which would become the central focus of his artistic output. The geometric patterns of his compositions evoke the art-historical influences of abstraction, the Bauhaus, and process art, most notably drawing from the quilts of Gee’s Bend, pictorial weaving by Anni Albers, and Agnes Martin’s gridded paintings. Mounting his handwoven textiles on canvas, Wadden complicates notions of medium by transposing craft techniques into the realm of painting. Through warp and weft, Wadden’s practice embraces the variations and glitches that emerge through a process of repetition, revealing subtle disruptions in the accumulation of line, colour, and form. 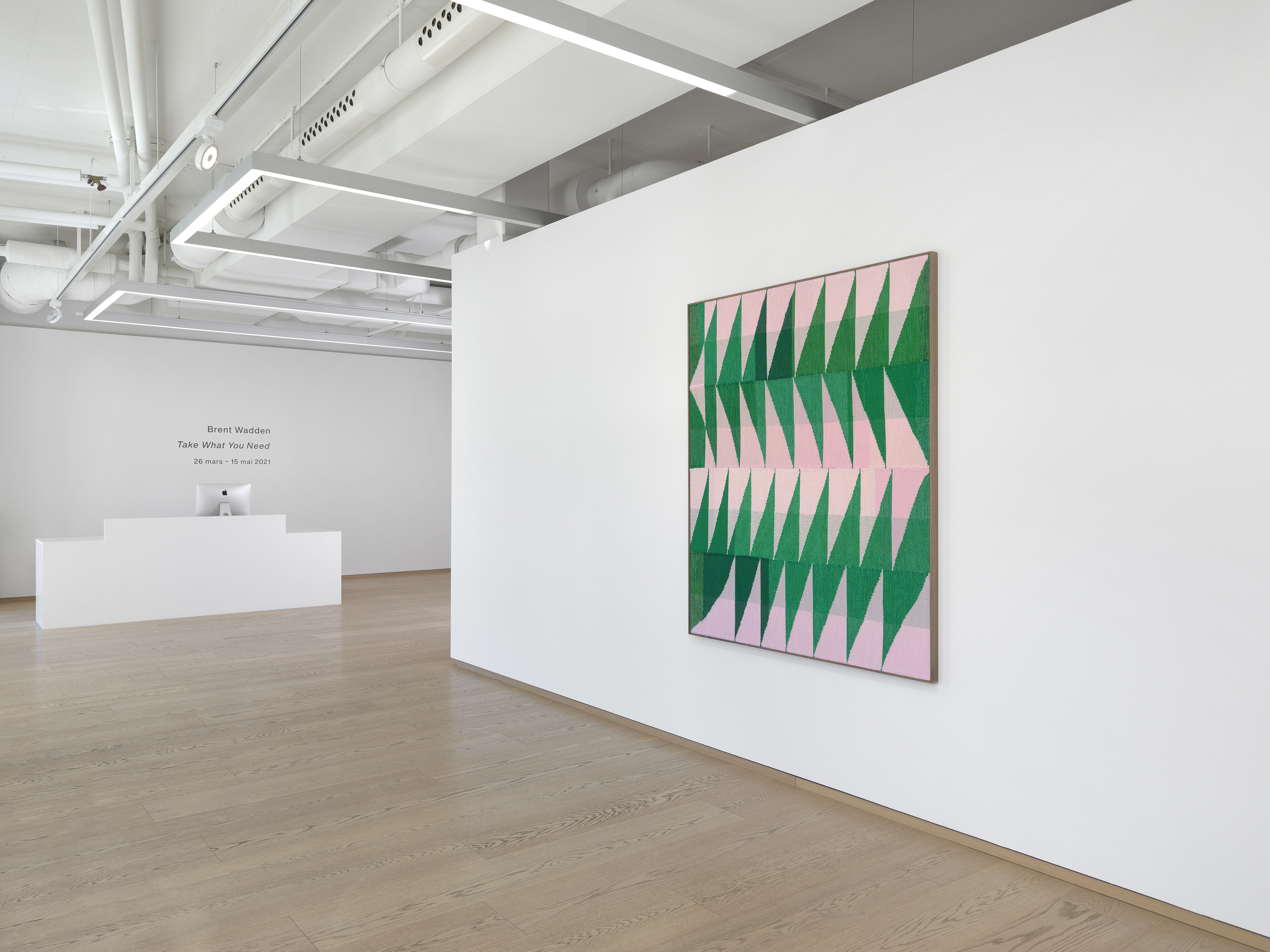 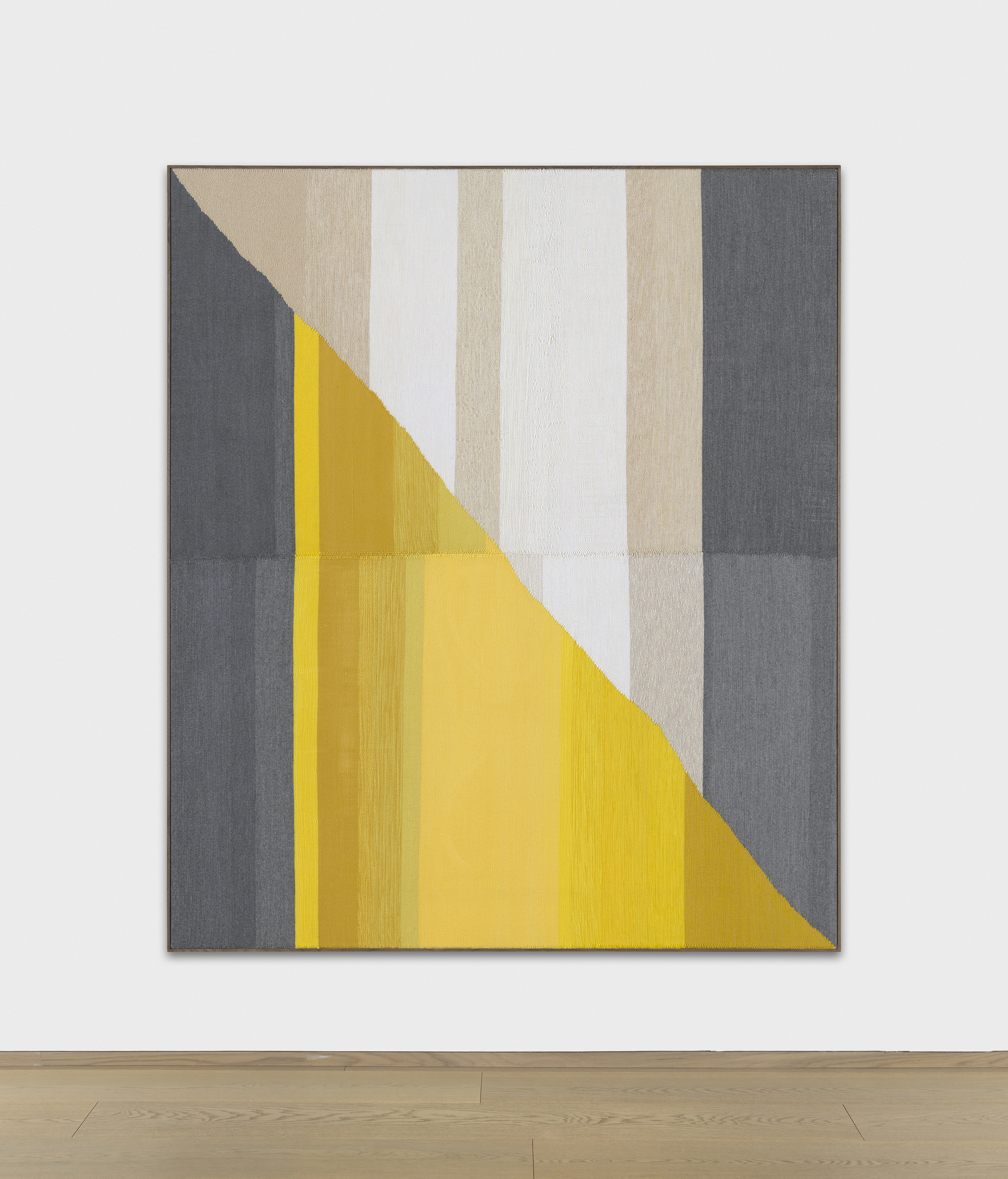 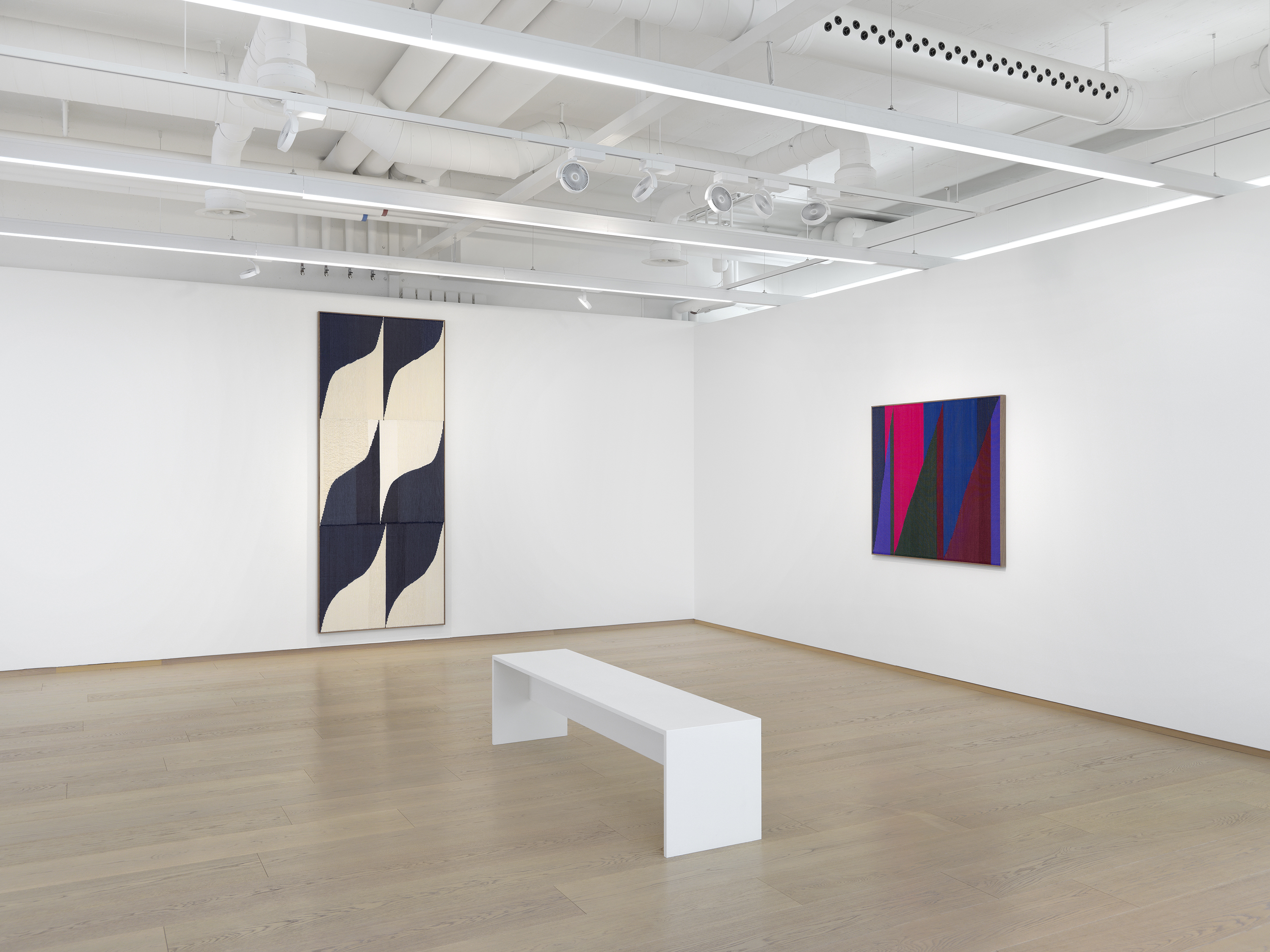 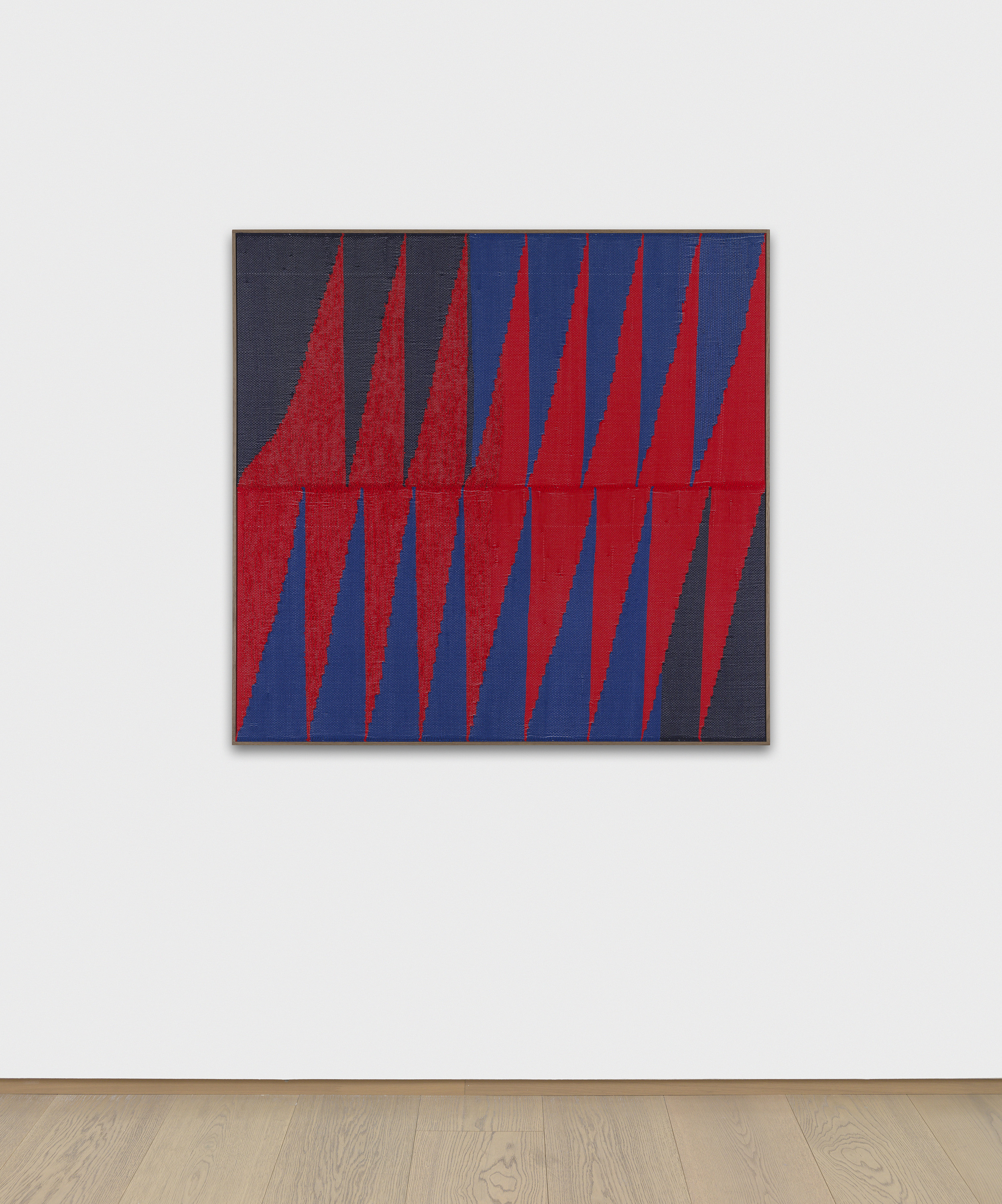 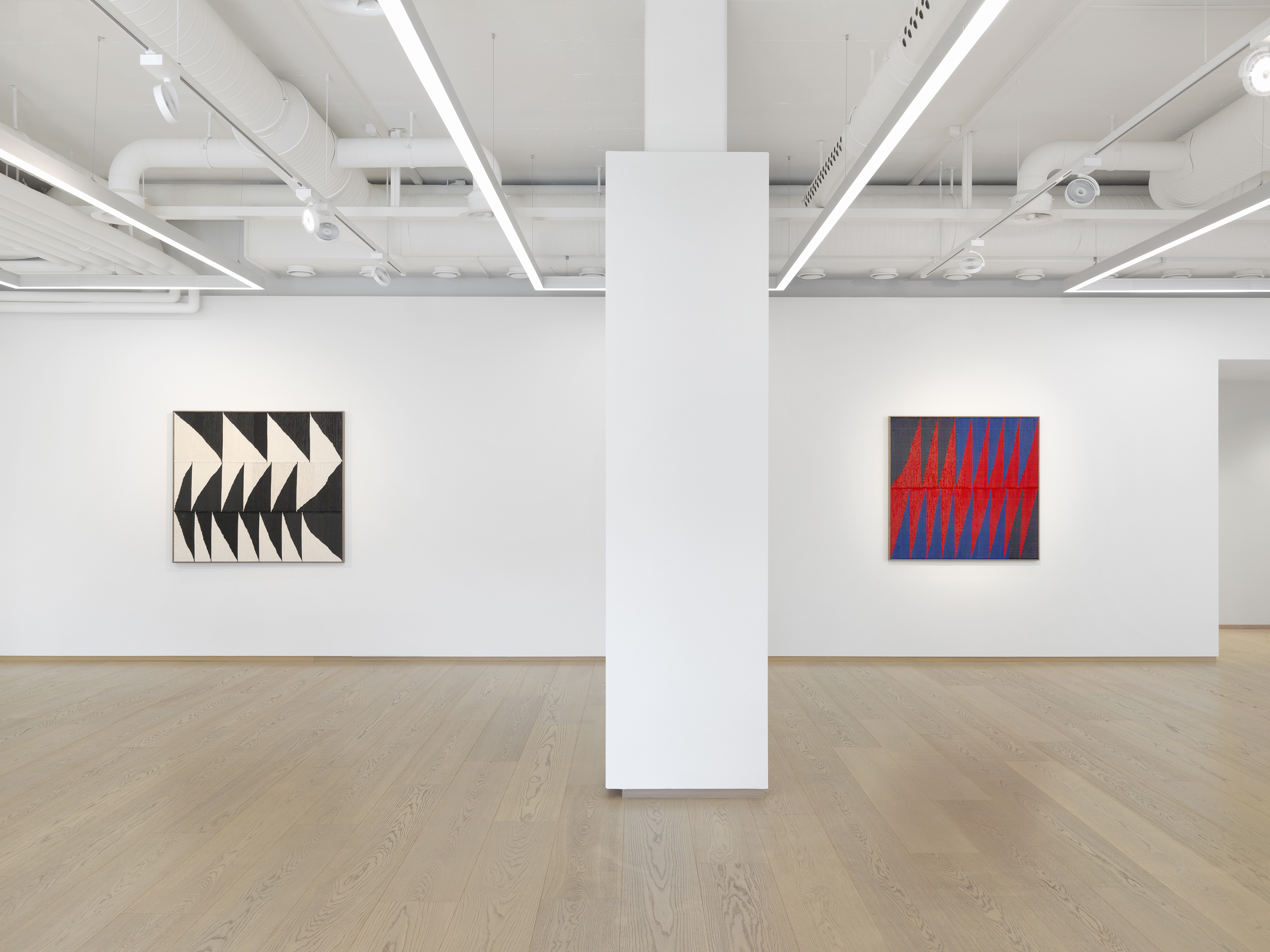 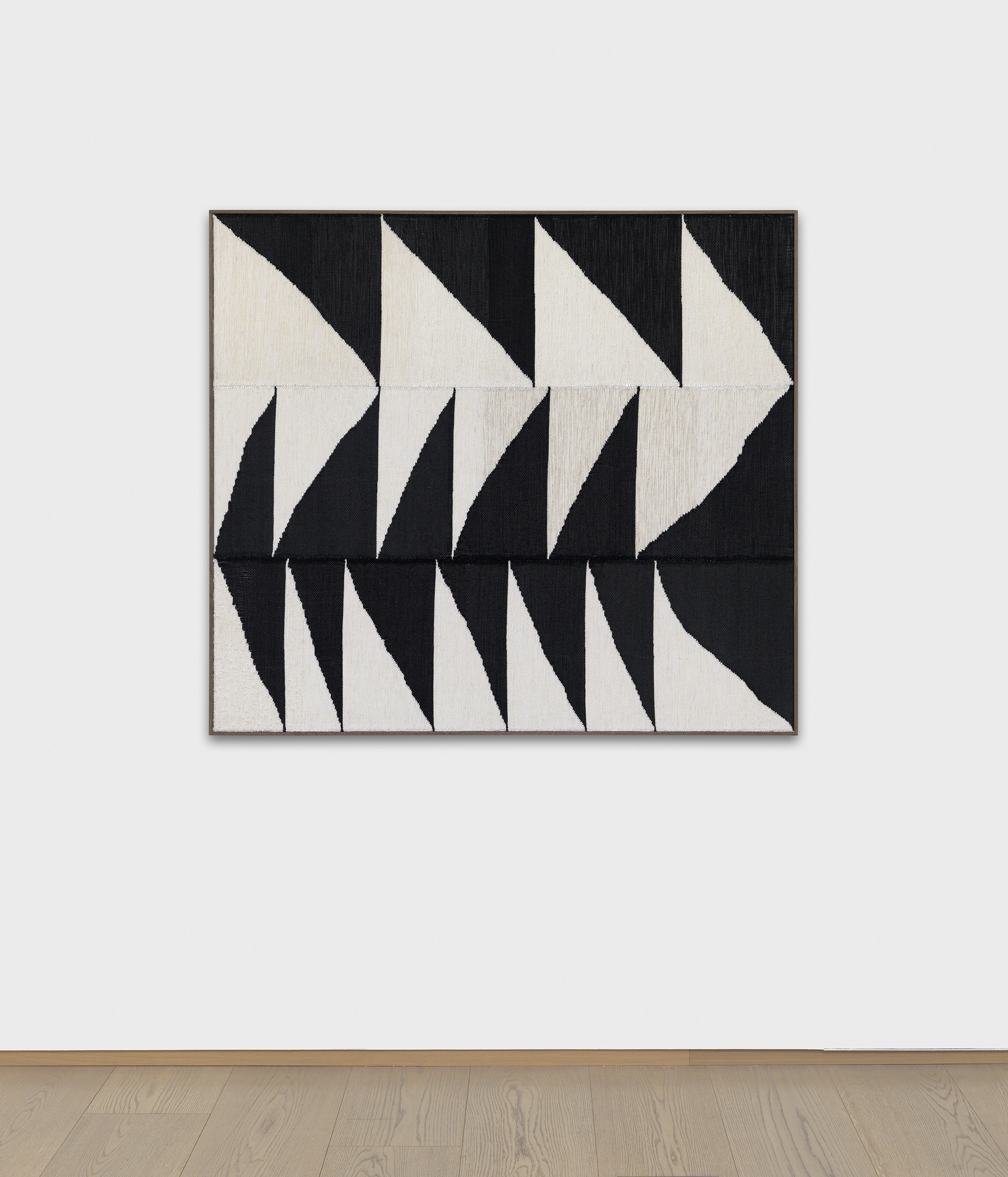 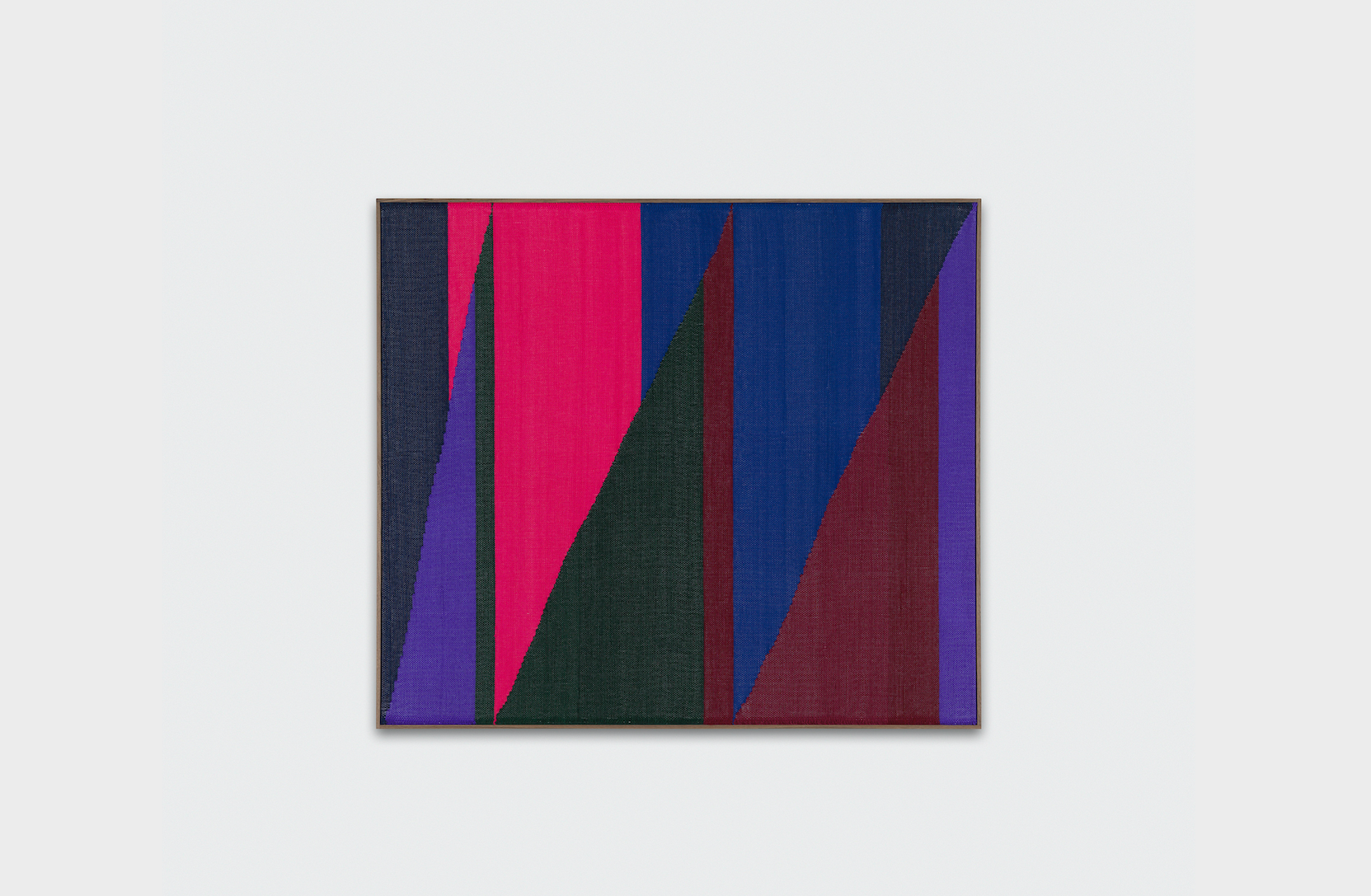 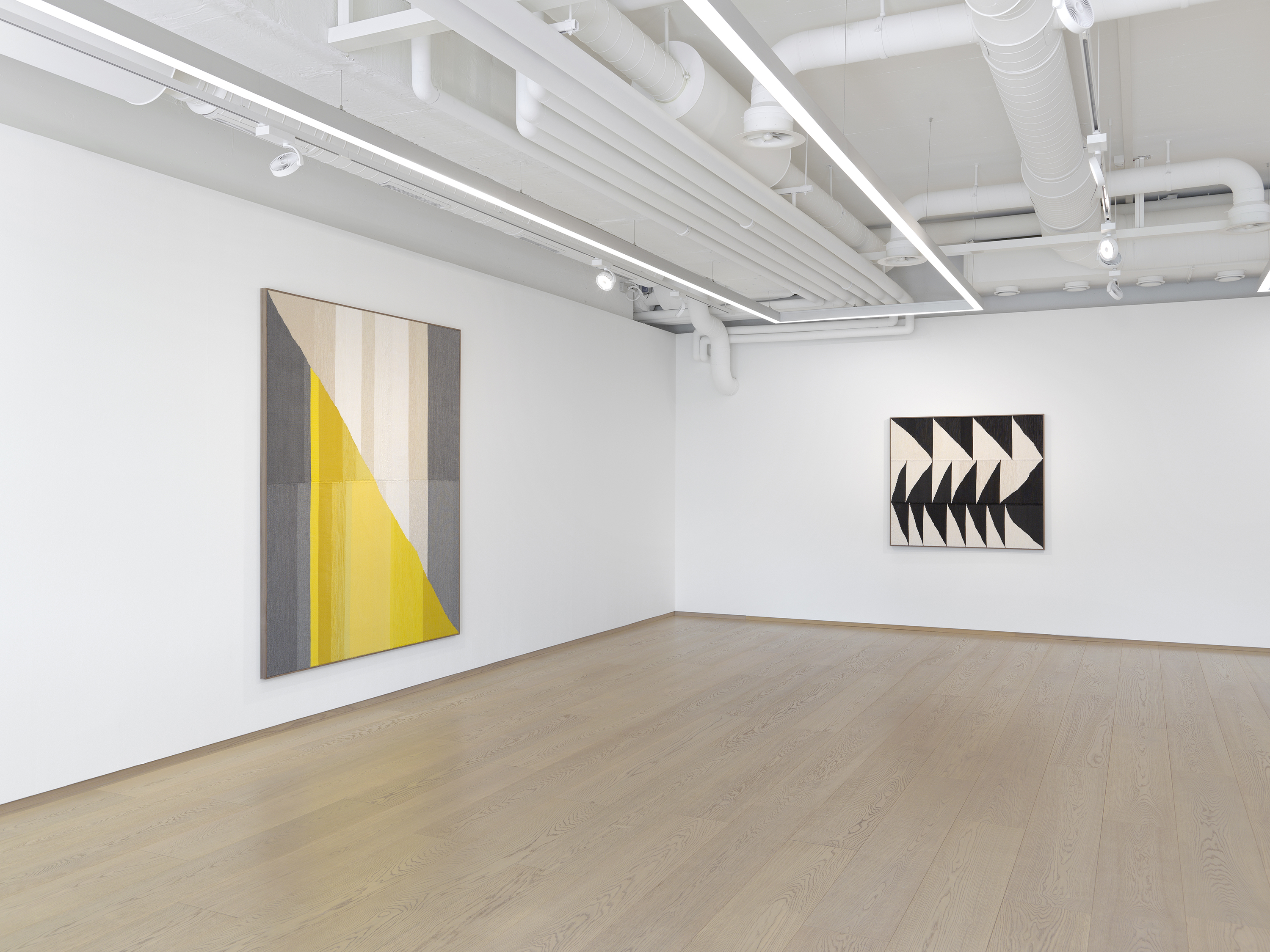