Tanya Leighton is pleased to present ‘distant borrowing’, Sean Edwards’s second exhibition at the gallery, expanding on a recent body of work commissioned for Wales at the 58th Venice Biennale.

Edwards draws on memories and narratives from growing up on a large council estate in 1980s Wales, against a political backdrop of Thatcherite Britain. Past generations of Edwards’s family worked at the Ebbw Vale Steel Works, but they would leave for Cardiff when his father was 10 years old. Finally, the Steel Works was demolished to make way for the Conservatives’ National Garden Festival initiative in 1992. The sculpture ‘trailing past’ (2021) recalls the personal ruptures brought forth by the transformation of post-industrial towns and the displacement of communities as a result. Borrowing its repeated funnel-like form from a condensing plant on the Ebbw Vale site, the work pays homage to this lost place and its people. In the spaces between the lattice structure on the sculpture’s surface, Edwards has applied tiny snippets of images and text extracted from his personal archive such as old family photographs, archival images of the Ebbw Vale condensing plant, extracts from Aneurin Bevan’s 1952 ‘In Place of Fear’, and the Labour Rose. The compilation of these fragments sensitively historicises the minutiae of a working-class experience. To re-inscribe and memorialise such experience is to resist the insidious violence of a cultural amnesia and exemplifies Edwards’s subtle political imagination.Social history and autobiographical narrative interweave in ‘Inheriting Absence (Glasses)’ (2021), a sculpture featuring the toasting glasses used at the artist’s parent’s wedding in 1980. They are encased in Perspex, whose surfaces are printed with sepia-toned photographs from the wedding. Edwards has long referred to his sculptures as vessels. Their materiality channels Edwards’s own version of a working-class perspective, which he has described bluntly as “not expecting much”. This phrase repeatedly appears in the exhibition. ‘Not Expecting Much’ (2021) hand-painted and resonant in the company of his intimately scaled, personally imbued sculptures, is a copy of his son Albert’s handwriting. Like with ‘Undo Things Done (preparatory studies)’ (2021) – based on something his father used to say to him – these works reflect on relationships between father and son, what we inherit and pass along, and the artefacts of behaviour we try to leave behind.

Edwards is particularly drawn to the monstrance, a liturgical vessel used in the Catholic religion to display the Sacred Host, a small disc of bread which is transformed into the body of Christ during Mass. Sitting at the altar of his local church, Edwards would have seen one of these each Sunday for sixteen years. Edwards’s ‘Monstrance’ sculptures, made in layers of printed greyboard, borrow the original form’s radiating lines, but here their central volume remains empty.

These empty ‘Monstrance’ sculptures are covered in fragments of images collaged from the artist’s archive. Parts of the Steel Works, family photographs, excerpts from newspapers, text from previous works such as ‘Free School Meals’ (2019), extracts from his father’s Personal Independence Payment (PIP) and one of his betting slips, and UN from The Sun’s masthead, reappear. In ‘Monstrance (i)’ (2021), the word ‘again’ is repeated three times, in the form of a newspaper clipping from the Daily Mirror, reporting the 2015 UK general election, won by the Conservative party, again. For Edwards, past political and personal landscapes continue to haunt the present. The artist’s subtle poetics suggest narrative reanimations, paths out of this endless cycle.

Sean Edwards (born in 1980 in Cardiff, Wales) represented Wales at the 58th Venice Biennale in 2019 with his exhibition ‘Undo Things Done’ at Santa Maria Ausiliatrice, Castello. The exhibition toured to the National Assembly of Wales (Senedd), Cardiff; Bluecoat, Liverpool; and TŷPawb, Wrexham. Edwards received the Turner Prize bursary in 2020. Edwards has had solo exhibitions at Netwerk, Aalst in 2014; Chapter, Cardiff in 2013; Kunstverein Freiburg in 2012, and Spike Island in 2011. His work has been included in group shows at Copperfield Gallery, London 2019; Limoncello, Woodbridge 2016; Sies + Höke, Düsseldorf 2016; Casa Museo Ivan Bruschi, Arezzo 2015; Centre Pompidou, Paris 2015; Transmission Gallery, Glasgow 2015; Standpoint Gallery, London 2012; 3rd Athens Biennale 2011; Lisson Gallery, London 2009. He will have a solo exhibition at Temple Bar Gallery, Dublin in 2022 and he has been selected for the ‘British Art Show 9’ which will tour Wolverhampton, Aberdeen, Plymouth, and Manchester until December 2022. 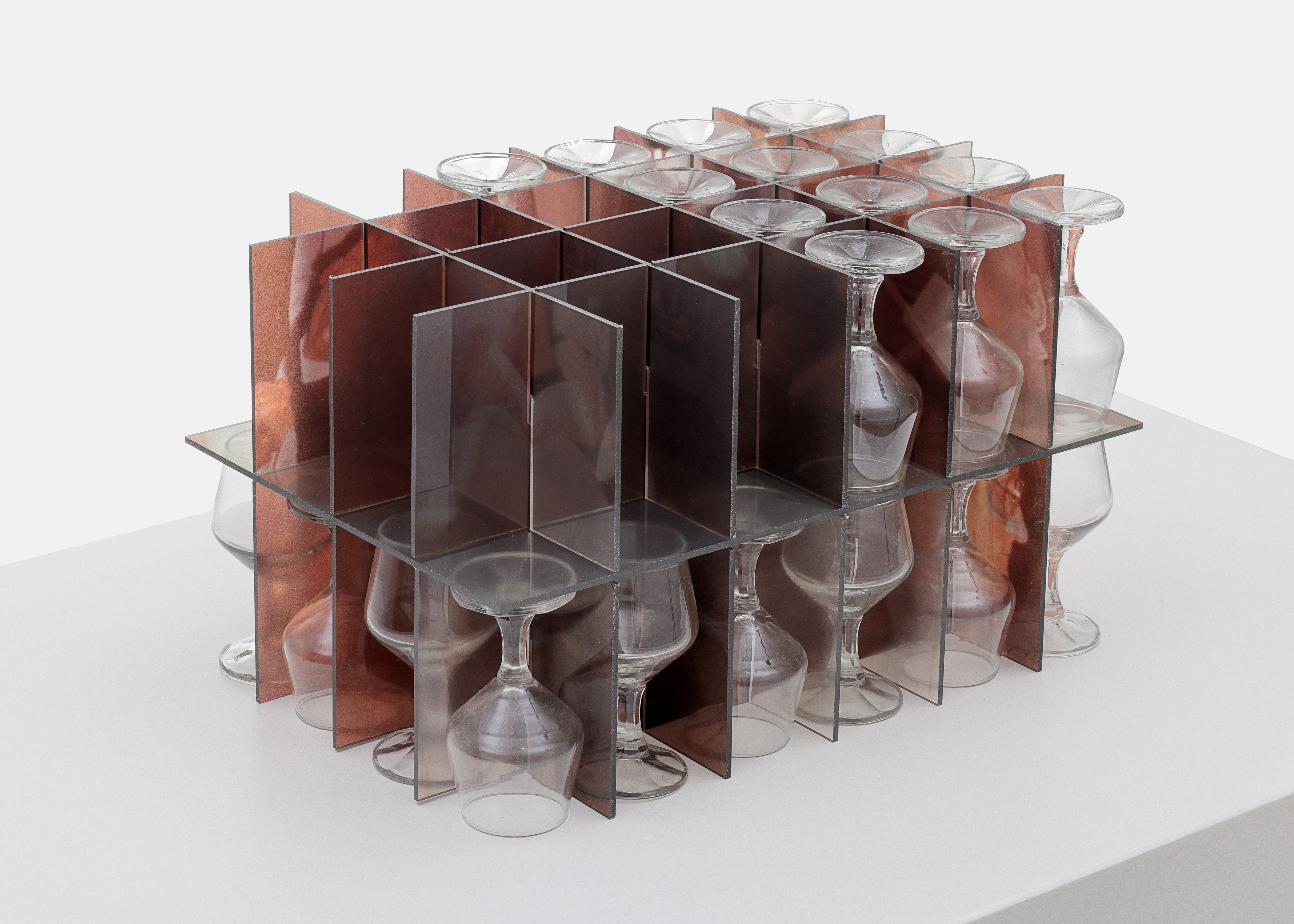 Photography: Gunter Lepkowski. All images courtesy of the artist and Tanya Leighton, Berlin. 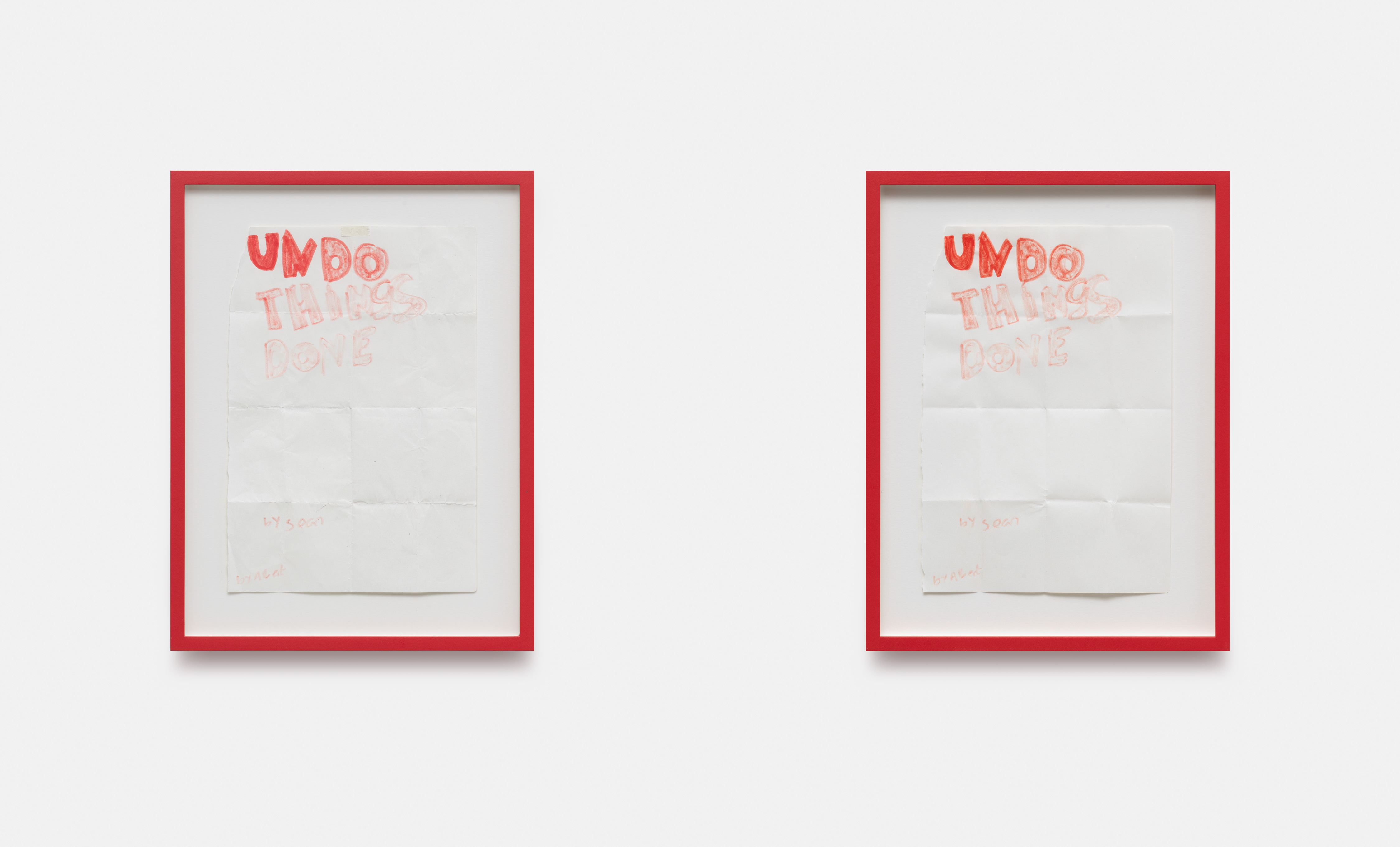 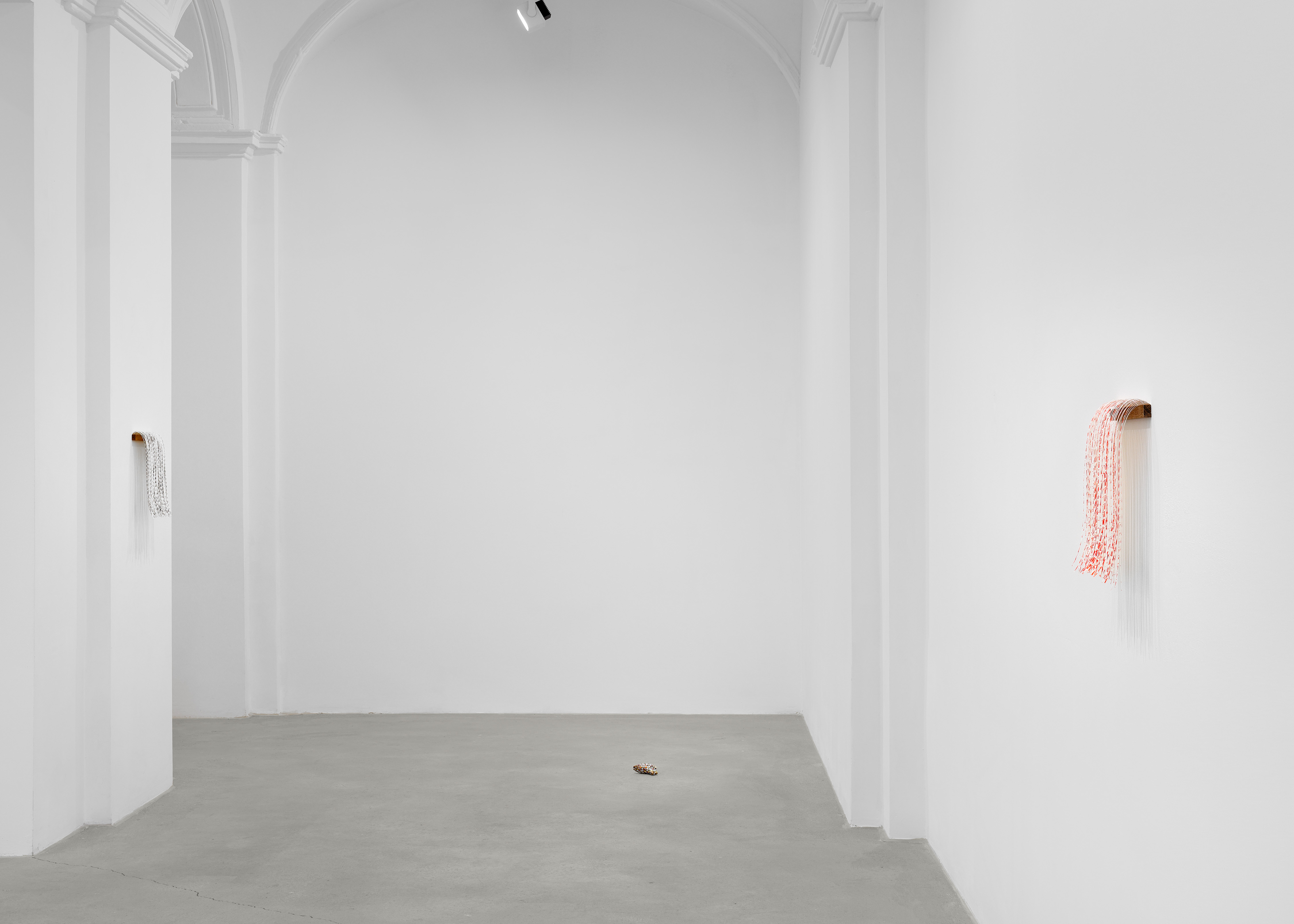 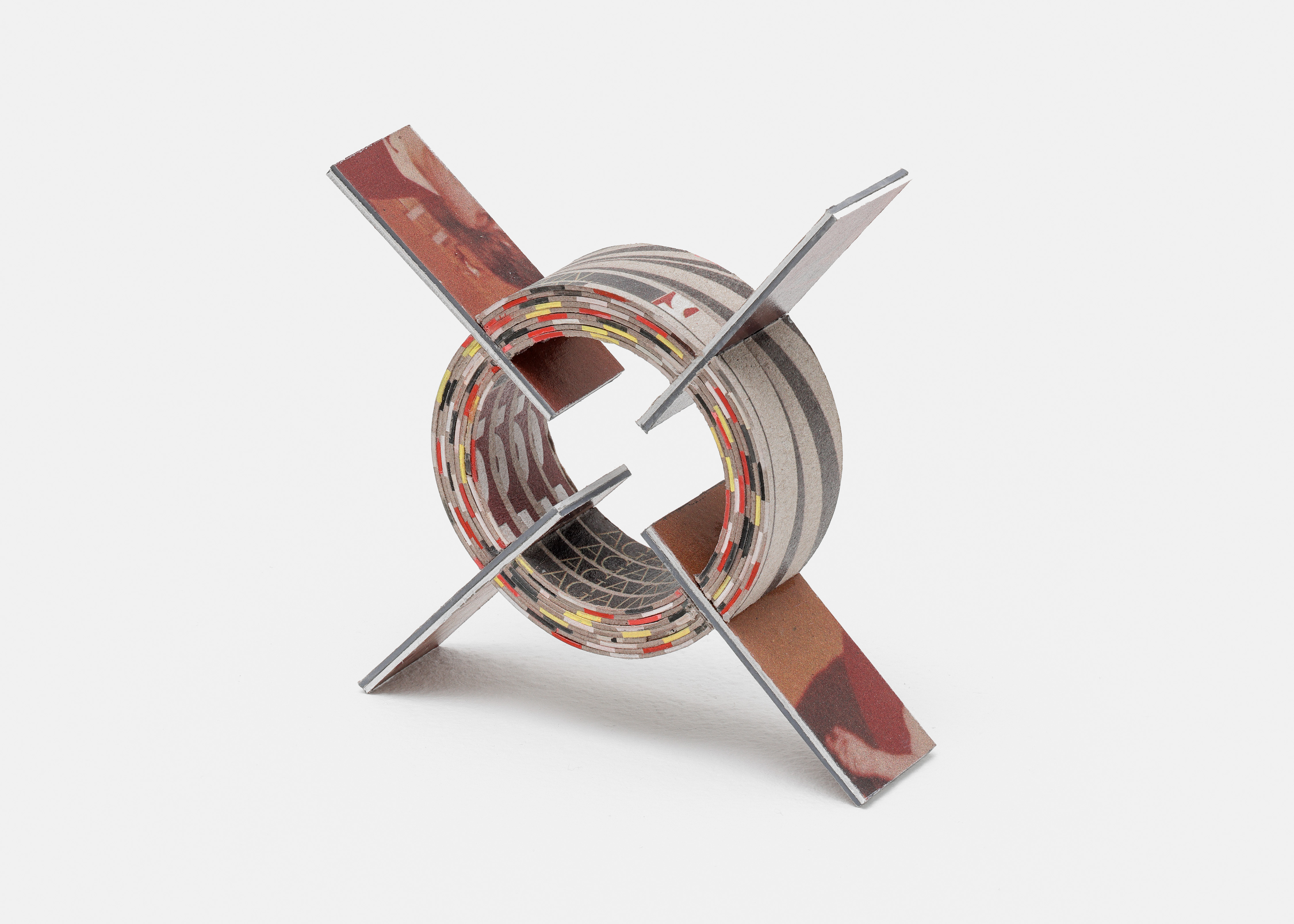 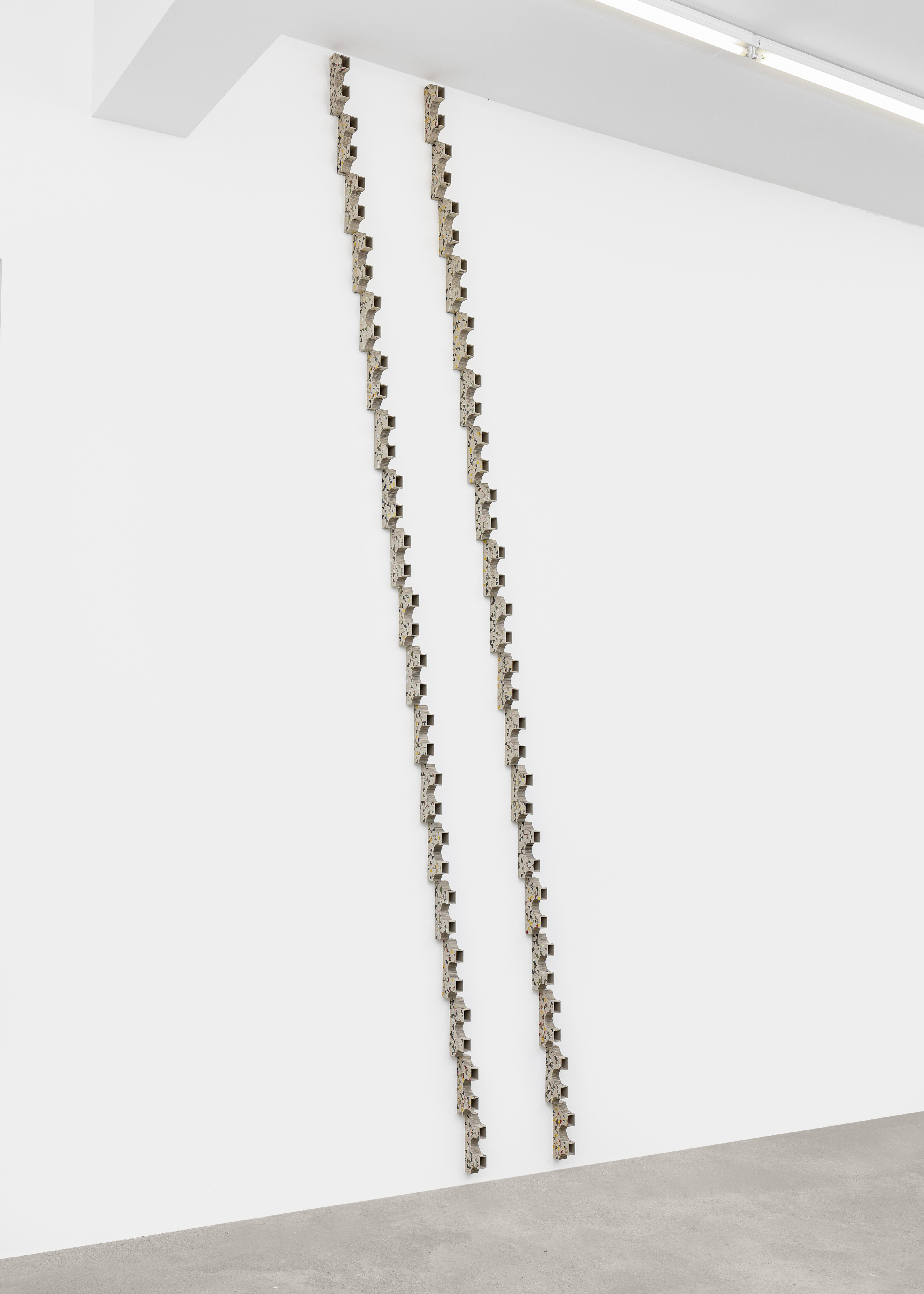 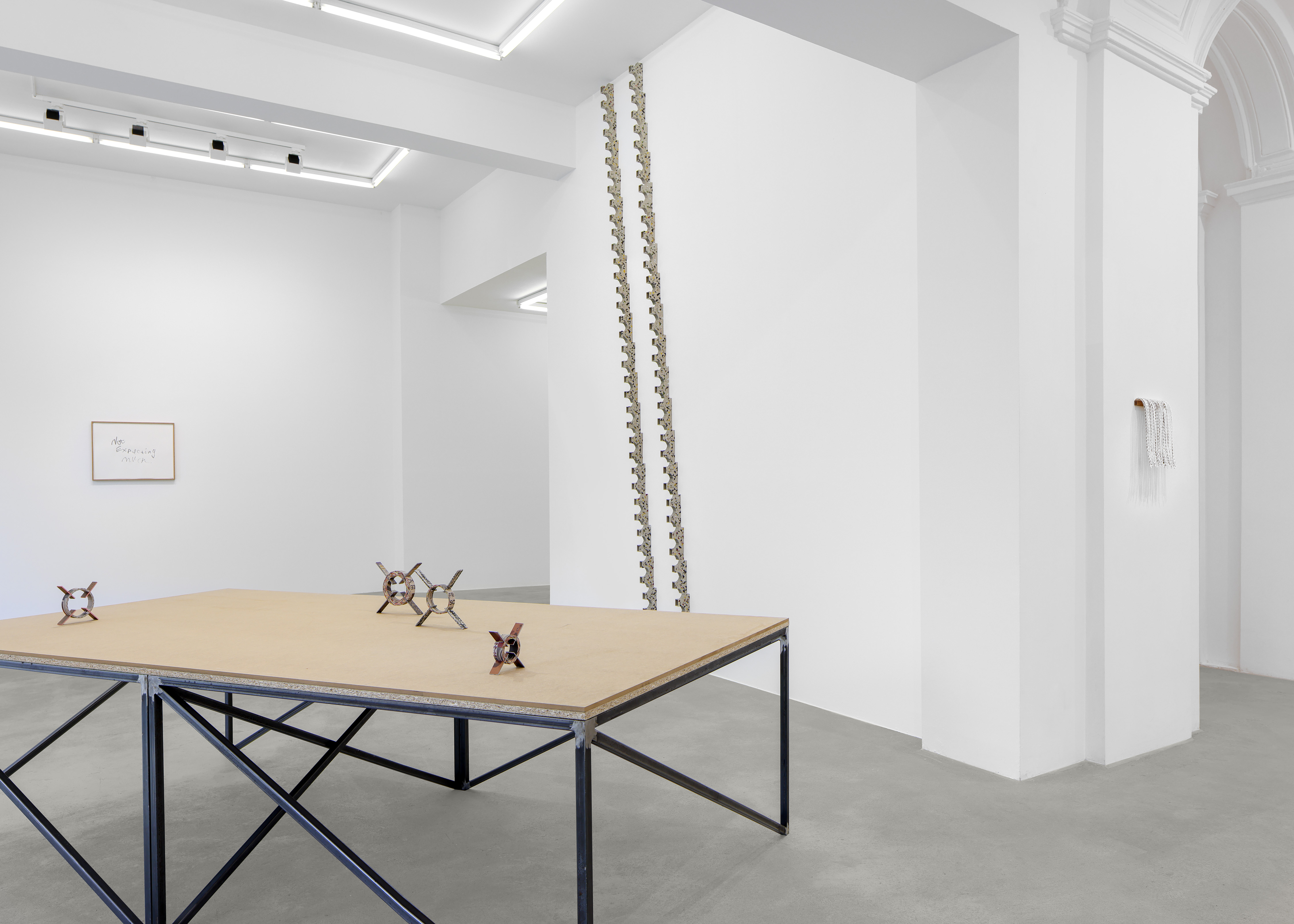 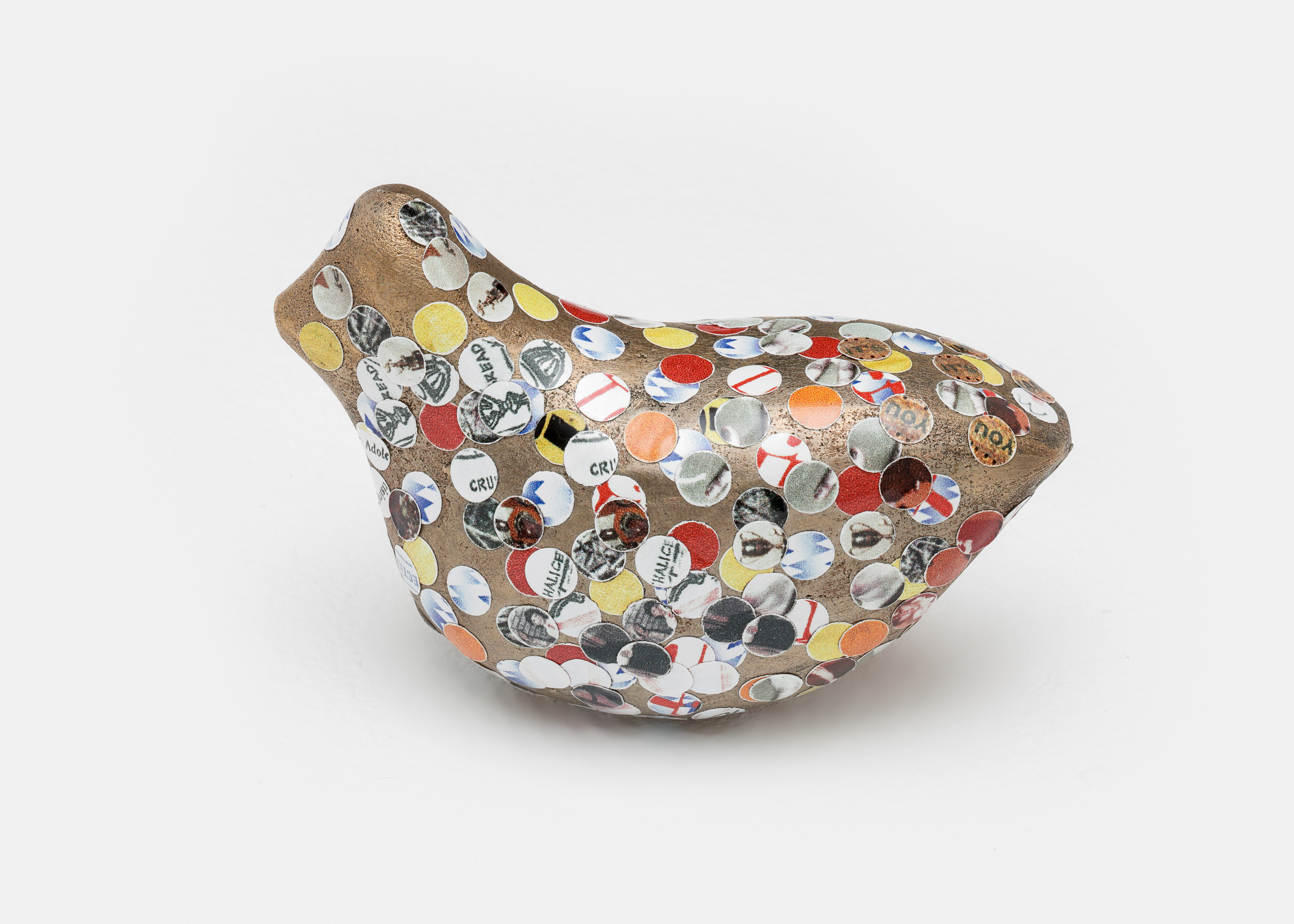