Galleries often run to a simple formula: frame greatness on white walls, distract from the work as little as possible, serve the drinks cold. Their MO is to run as little interference between you and the art as possible. Catalogue essays also have a recognisable formula: introduce the artist, their work, offer light but exacting insight, don’t mention yourself too much. Overblown adjectives are your best friend. Overblown adjectives are your worst enemy. Embrace pomposity and bask in sweeping accolades. Lean into the grandiose.

But the work of Pascal Sender defies usual conventions and this show ripples outwards from his dramatic perspective, like a Sonos at full volume. The interactive painter expresses not only through paint, but utilises smartphone technology and ephemeral live streamed performances to augment his universe of ingenuity. His work is a contemplation of life as we know it the shudderingly familiar and the inaccessibly obtuse but rather than a passing comment, it’s a scream. In a gallery landscape of pin-drop silent rooms, the chinking of champagne, and the teetering of the chattering classes, Sender works are anything but quiet. He presents a refreshing and visually enthusiastic commentary on all that we see and hear. Enthusiastic people jabber on at parties, gold-leafing their humdrum lives with tired anecdotes, but enthusiastic gallery work resists banality, fizzes with celebratory integration. An event more than a 'work'. We’re assaulted, in the most wonderful sense, by a Sender piece. It never cowers or hides. Each one demands your full attention. A flat canvas isn’t enough to contain Sender's effervescent energy. His work never settles, it’s a movable feast of dancing lines, percussive and unapologetic. It can’t be passively viewed, it has to be experienced.

When considered through an app Sender’s work explodes into life, appearing as three-dimensional sculptures that Niagara fall from the walls. Intricate lines are sardined into a swaying concertina of movement. The secondary digital perspectives expand the gallery-hung work. We swim in sophisticated salivations of paint. Bathe in pixelated pools. We’re drenched in the digital. But the work isn’t just a fluid tonic, something to punt down on a summer's day in Oxford. It’s abrasive too. Glitched neons jettison from the work, trying to take your eye out. Incessant geometrics obscure the view and jar the senses. Spheres of ominously happy laugh emojis bounce at your feet. Paint sloshes out to you across the gallery, spreading like spilled milk. There’s no use crying. The painted details jitter like ball bearings on a drum. With each view, we’re opening a frantic chest of treasures or an ominous Pandora’s box of squirming life. It doesn’t feel altogether calming. We’re not so much entertained as engaged. Not charmed; challenged.

These days, the information superhighway, with its infinite fleeting moments, speeds past us as we passively half engage. Like bad kitchen roll, we somehow stopped being able to absorb, preferring the definitive record of an iPhone photograph to the data allowance of our own brains. We shoot to remember, rewarding ourselves with a digital record of having been somewhere or experienced something. But these snapped memories flood our feeds, the mass of content diluting and devaluing each image. Sender questions the modern world and our need to capture and categorise. How our media’s delivered into manageable bitesize pieces and formatted to the oblongs of our phones. By using this exact format to enhance proceeding, Sender is commandeering our screens to keep us focussed on his work in the now. A rebellion against perpetual scroll and the desire to half-watch, to double screen. We look properly at a Sender, because we can’t swipe. In the gallery, we stop. Time stops. Sender is using the means of our demised attention spans to demand our attention. Somehow the voracious digital babble dies down as we scan a piece. The work is immediate. Look at me, it shouts, don’t look away.

All art, at its core, is trying to delve into our own humanity, to make sense of the existential and the physical and the grout between. Sender’s curiosity for the world of the tangible and the fantastic is signalled in every stroke, every pixel. His insatiable arch commentary pours onto the canvas. His eye traces daily occurrences worthy of entrapment in the amber of a piece. But there’s a universal familiarity to proceedings, a pox of shared experience. Something in the lines triggers our personal history. The glossy, syrupy renderings of a half-recognisable scene emerge, as if extracted from the clouds of our own memory rather than the artist’s. We’re gleaning meaning from the mundane domesticity of his foaming figures. We recognise them, but they are also other. A receptionist takes a call. A man waits at a bus stop. These are seizures of movement locked in time. Sender is a carnival mirror reflecting his account of events back to us. But the memories are distorting, as they are wont to do. Postcard landscapes become alien as they melt like summer Soleros, liquid mercury lapping at the shore. We feel the searing heat of touch-dry deserts. Each work is a portal to other dimensions, other realities, that look like our localities but are enhanced. They function in tangent with our own realm, echoing the familiar but distinctly apart from it. There’s of course a reverberation of traditional Surrealism, with its dissolved realism, but Sender executes work without nostalgia, there is no homage to his forefathers. Sender is Dali without the moustache. Magritte without.the.apples. Sender is Sender.

Pascal Sender studied at Kunstakademie Düsseldorf under Peter Doig before moving to London to study at the Royal Academy School. Sender paints complex studies of the human figure and everyday scenes of contemporary living - a receptionist on her phone, an oiled-up bodybuilder posing for a selfie, a man waiting for a bus.

Besides being masterful paintings, Sender has created an innovation so that the pictures can be viewed in Augmented Reality. He has hand coded an app, so that when viewing his paintings through your phone camera, another digital perspective is revealed. The paintings jump off the canvas appearing as three-dimensional forms, his characters moving and interacting with the viewer. This breakthrough in new media art presents a unique reflection of modern life. 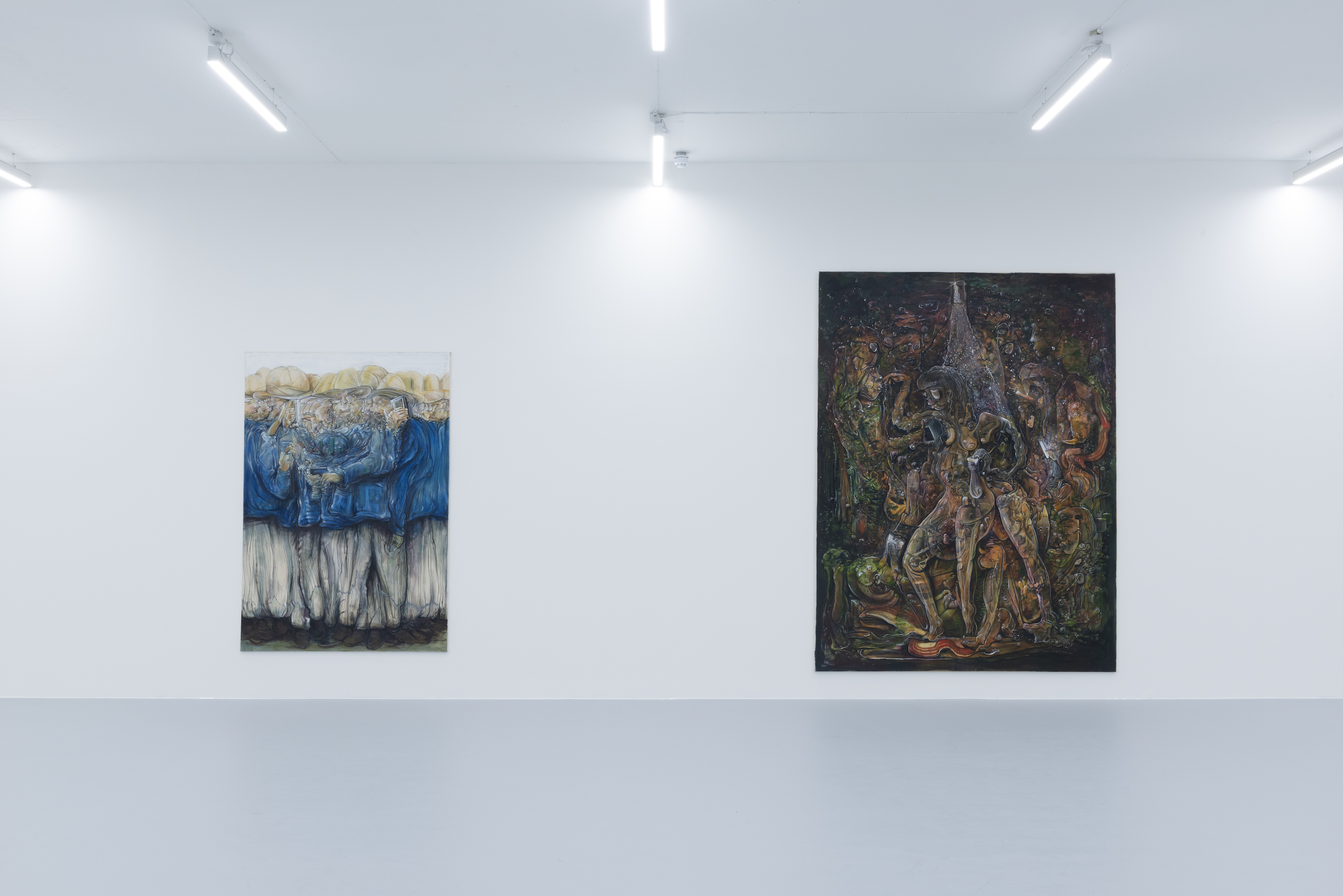 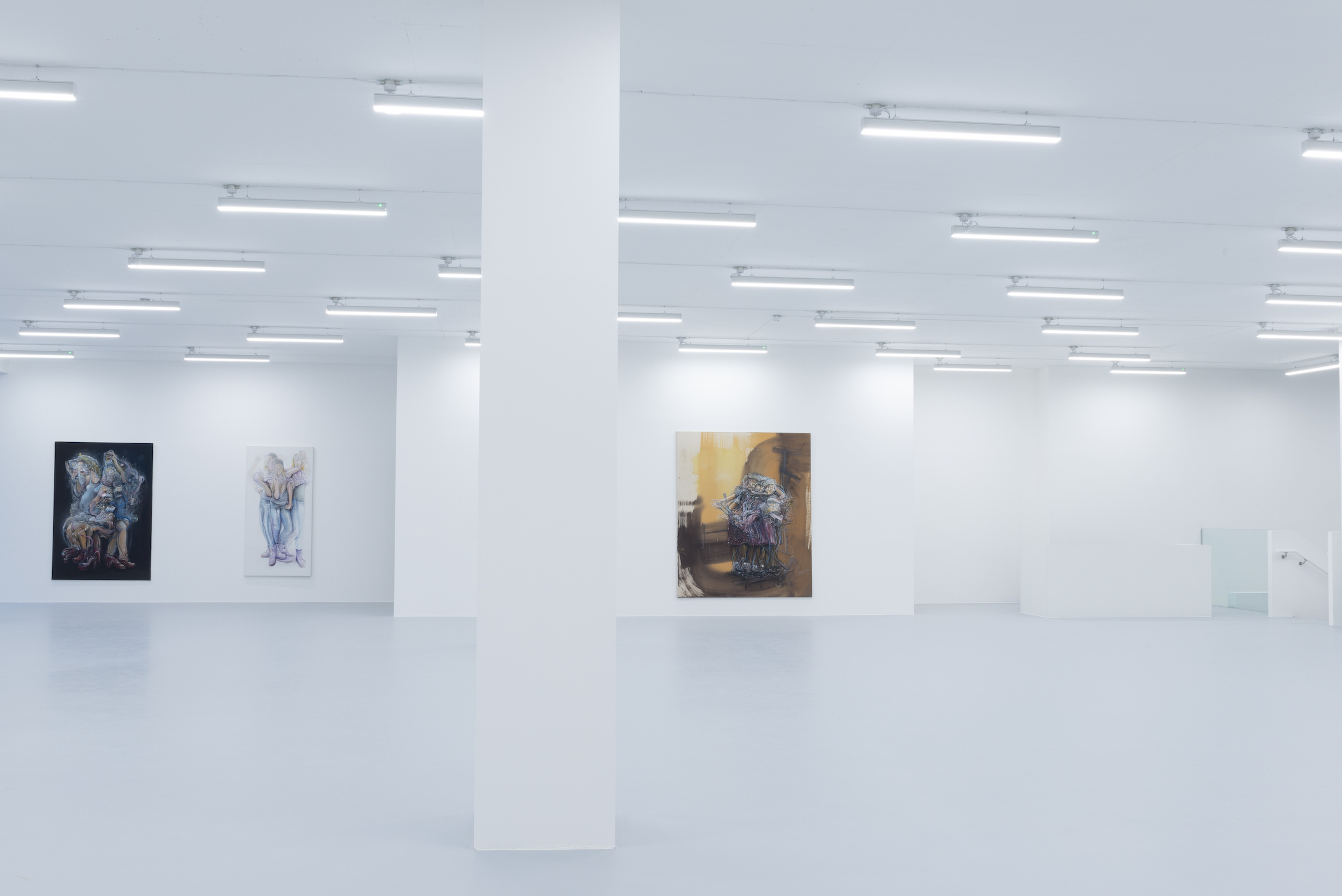 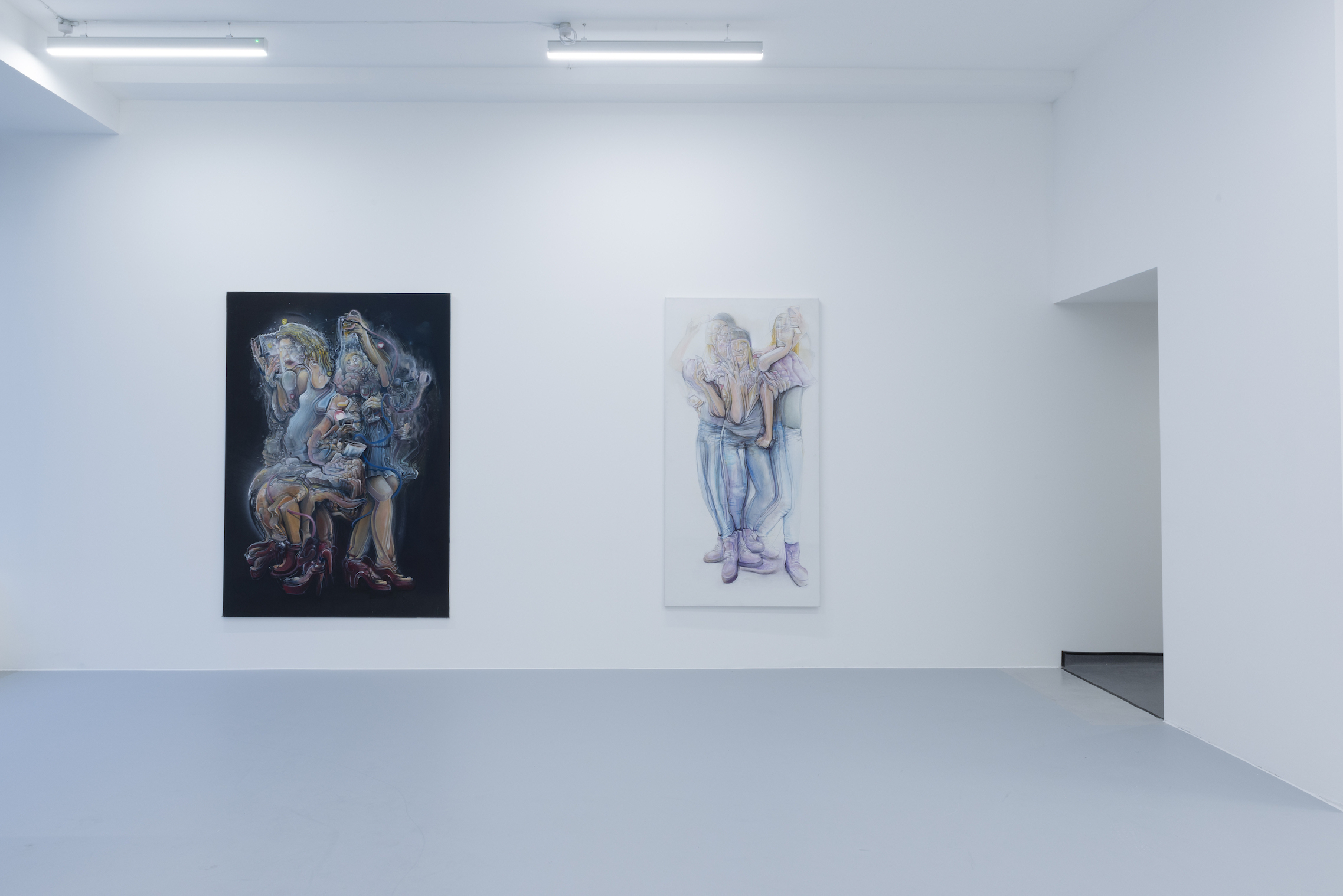 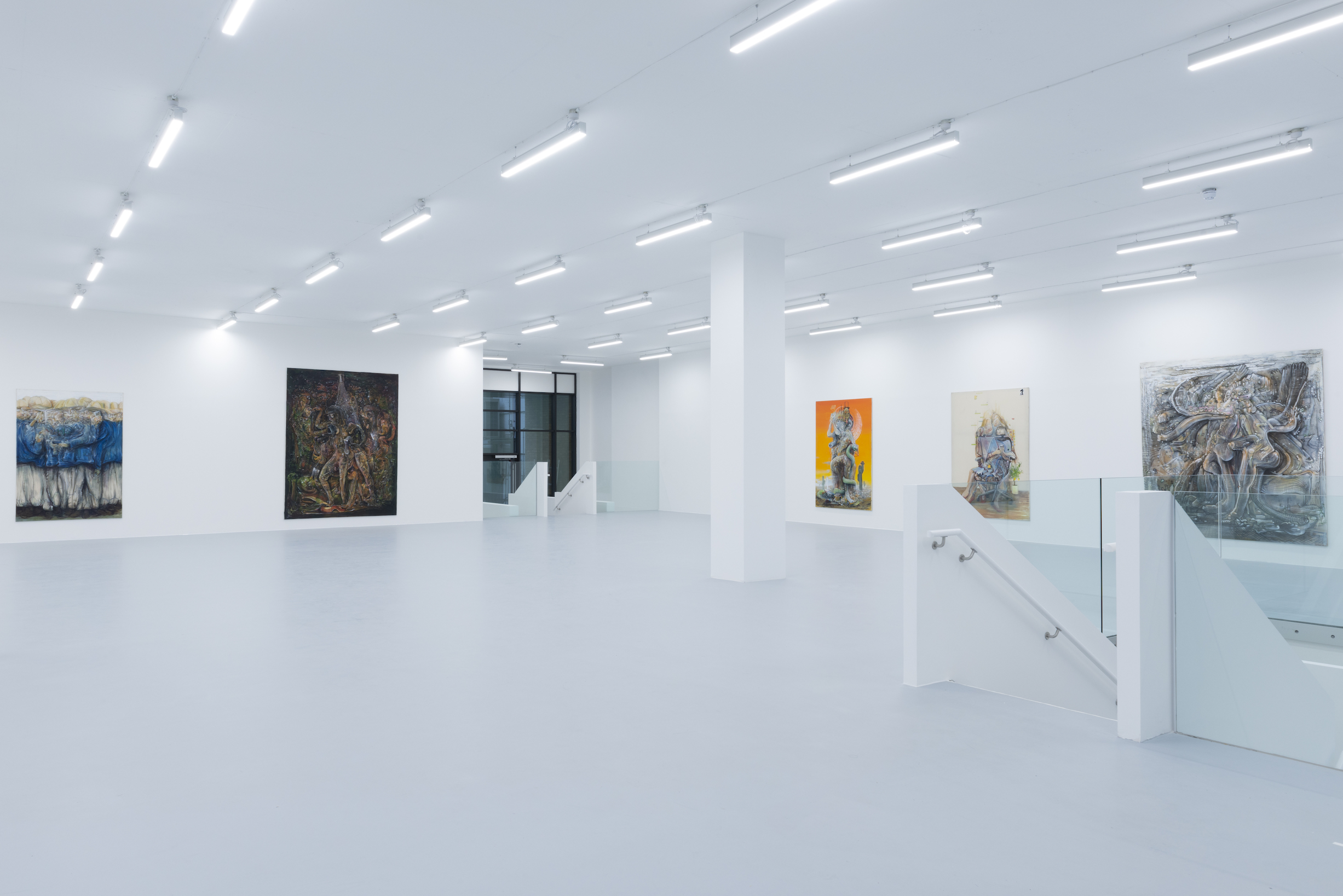 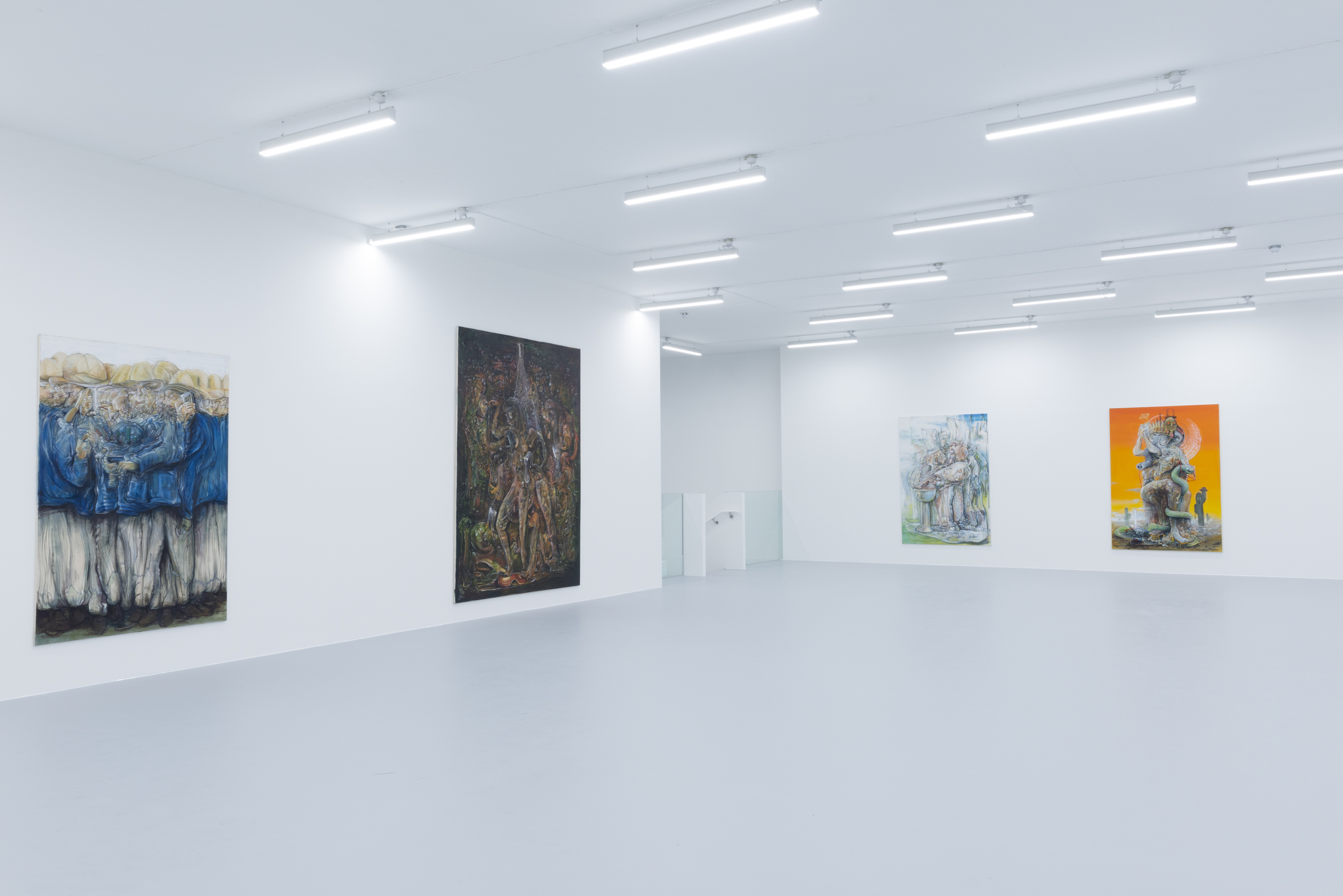 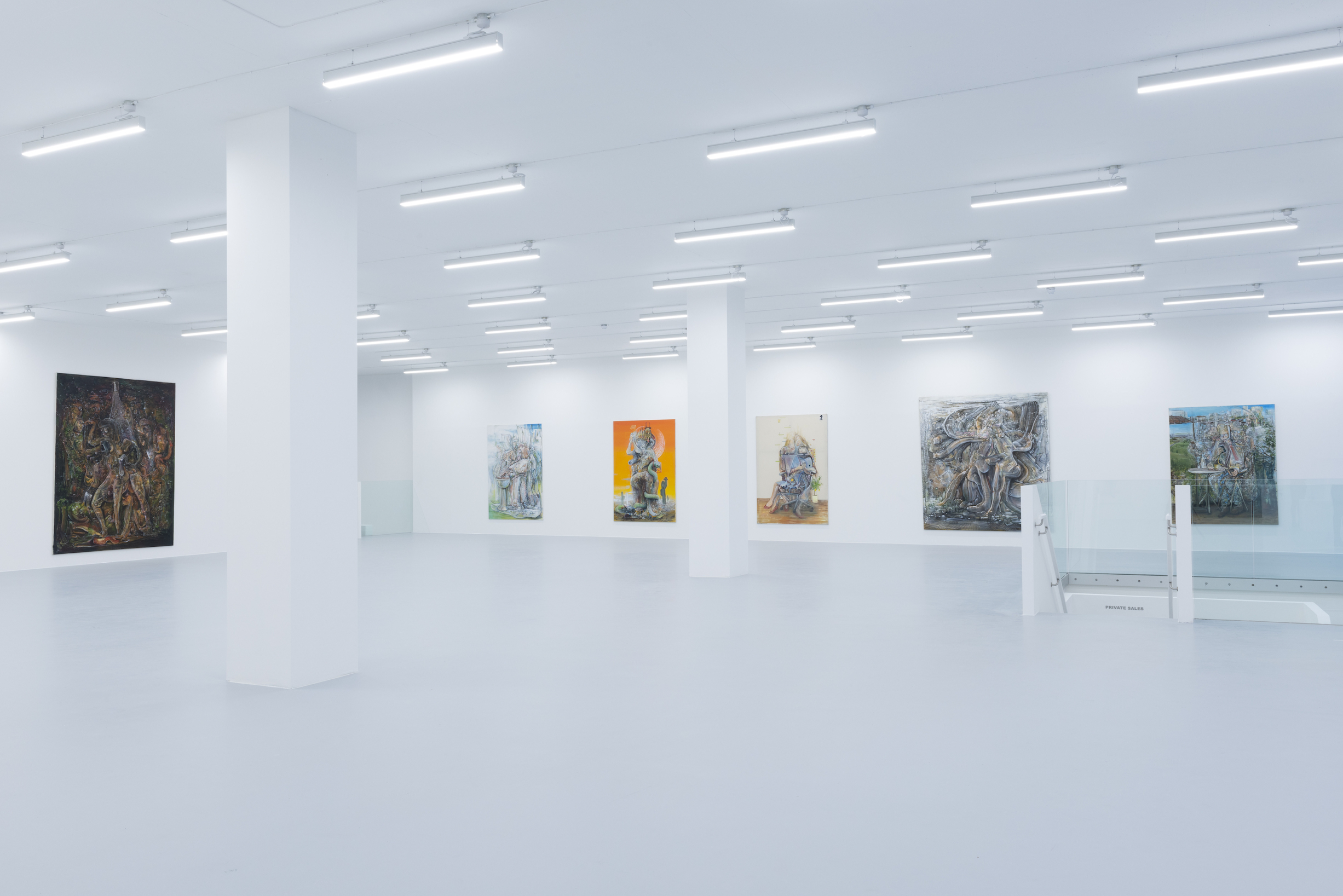 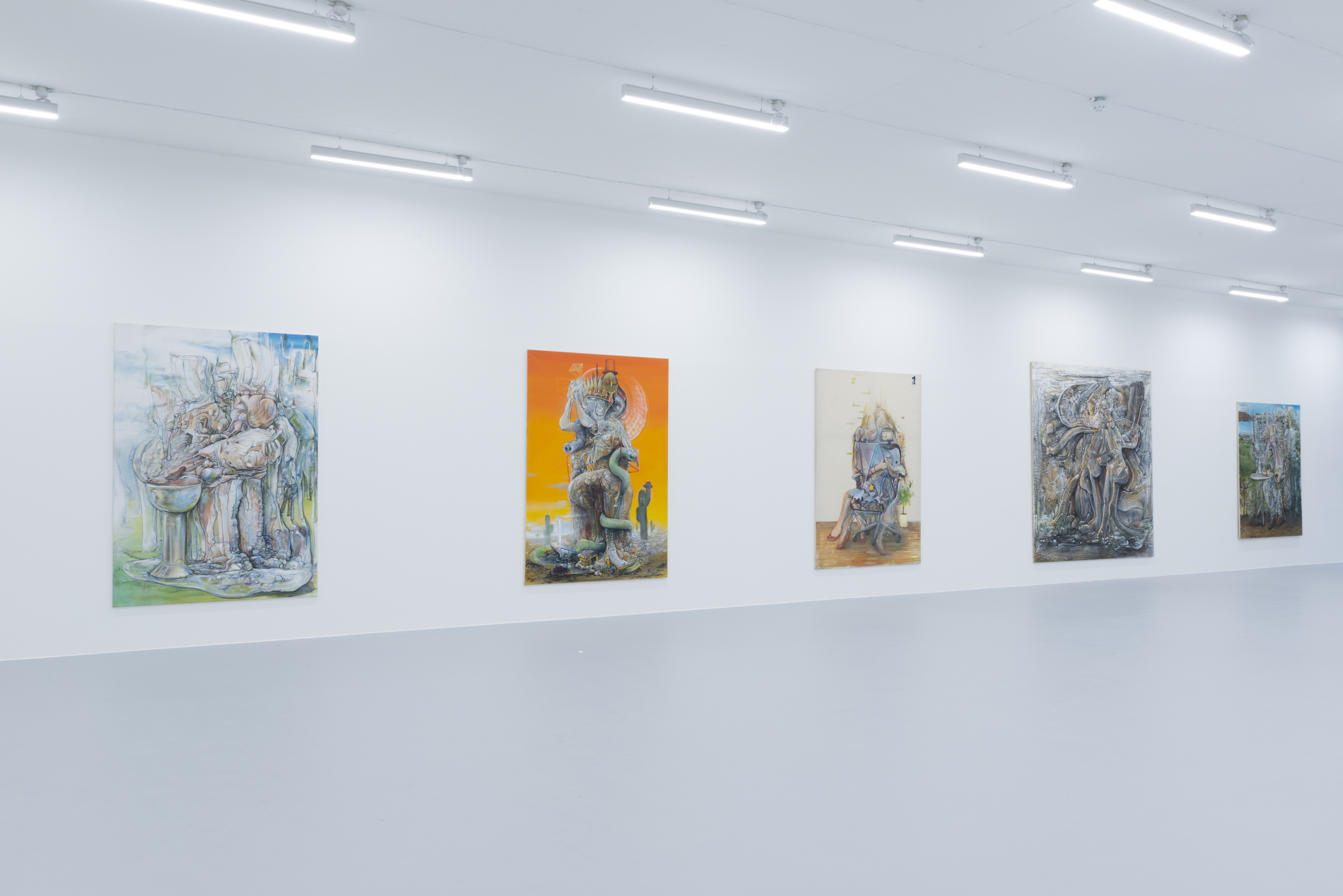 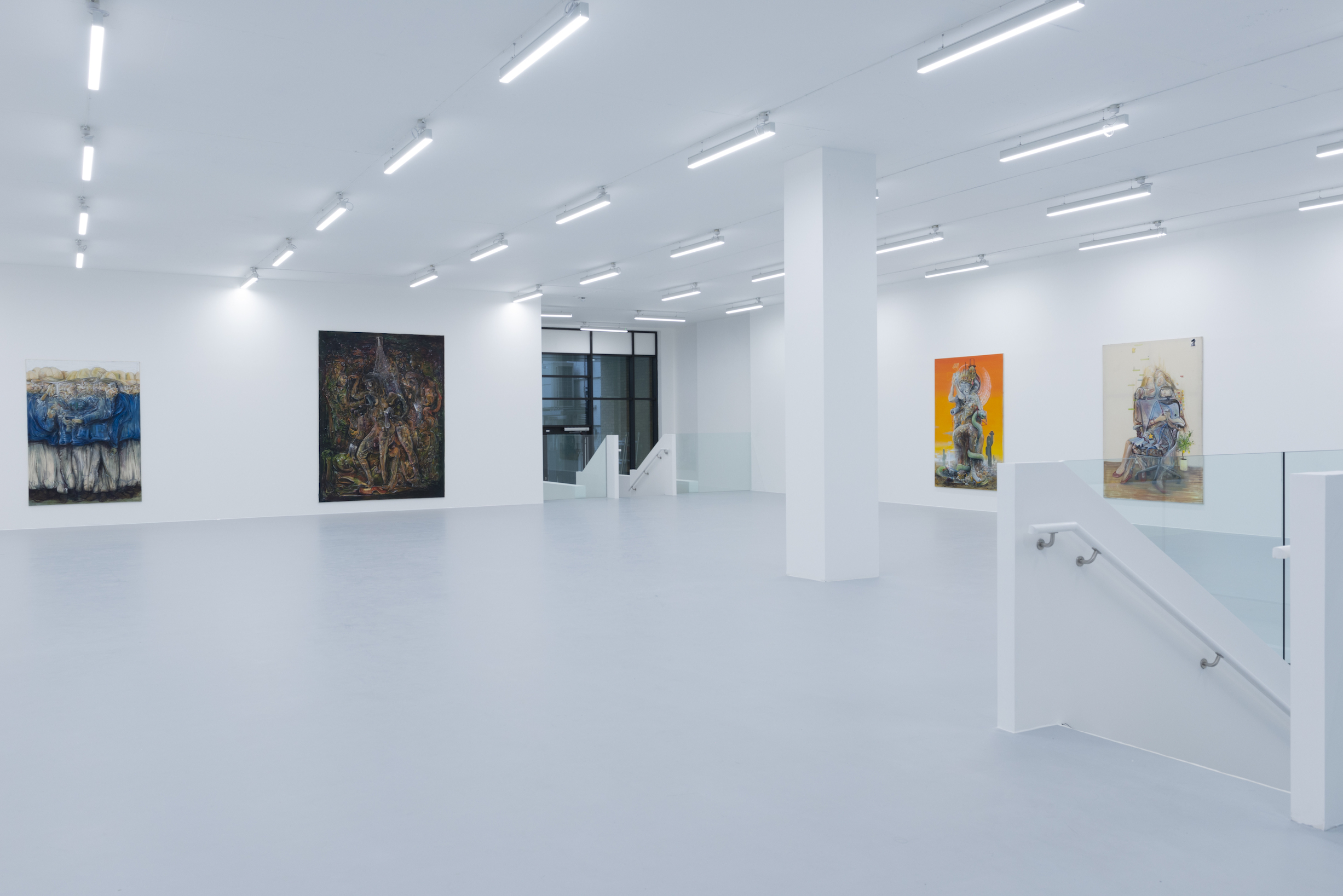