Alex Vardaxoglou is thrilled to present the exhibition ‘Stars and Skies’ comprising work by contemporary British artist Mimi Hope (b. 1994), at our space in Holland Park, London.

The show debuts the artist’s Stars series, displayed alongside new works from her acclaimed Clouds series, which were presented online in a sell-out exhibition earlier this year. In bringing both sets of works together, the artist leverages the opportunity for semantic cross-pollination, allowing each work to imbue the other with yet greater depth of meaning and providing an alternate vantage point. ‘Stars and Skies’ creates a unique platform to view these works simultaneously which together speak to a shared theme: the canopy of our existence.

The exhibition sees the young artist at a pivotal moment in her career, building on momentum generated by a number of successful solo shows and international residencies. Prior to COVID-19, Hope was chosen for the Class of 2020 at Mountain School of Arts in LA, where her daily walks along the Hollywood Walk of Fame gave rise to the Stars series. ‘Stars and Skies’ grows her reputation for large-scale works of challenging mediums, now held by a growing clientele in private collections worldwide.

Each work in the Stars series is comprised of carpet tiles cut into a five-pointed star, an exact proportional replica of those in the Hollywood Walk of Fame. In the lineage of Ed Ruscha, Andy Warhol, Richard Hamilton and Cindy Sherman, Hope is interested in the seductive attraction of Hollywood and in particular how the cult of celebrity and fame is propagated, with stars coming to symbolise the very pinnacle of success. The artist’s choice of material references the offices and waiting rooms of ordinary life, contriving to draw into stark contrast the inherent tension between dream (star) and reality (working life). In marrying these two components, Hope aims to highlight the faux meritocracy that hard work will lead to success and recognition; the foundational belief of the American Dream. Hope cleverly strips the star of its authority in affirming success by using the carpet material and positioning it on the wall, thereby expressing it as an artefact as opposed to a subconscious destination.

With the star being a key component of the American national flag, any critique of Hollywood could be read as a critique of American values more broadly. The artist is interested in the idea that the cinematic output of the LA region can be used as a ‘Trojan Horse’ - a vehicle by which to disseminate a political agenda which glosses over the reality of the ordinary citizen. The industrial, cookie-cutter process by which Stars has been made aims to comment on the disconnect between the glamour of showbusiness, where the individual is deified, and the heavy industry which was once the backbone of the nation, calling into question the representation of the star within national and cultural identity.

Hope’s acclaimed Clouds are large-scale aluminium-framed lenticular works. A favoured method of advertisers to elicit the viewer’s dreaming of holidays or winning the lottery, blue skies and clouds represent an ideal world or a seemingly unattainable goal. In the tradition of Pop Art, Hope twists the logic of this conventional trope, freeing it from its commercial context to pose questions about the viewer’s relationship with aspiration and desire. In doing so, the works straddle a tension between the criticism of a standardised visual iconography on the one hand, and the celebration of natural phenomena on the other, setting up a powerful commentary of our time.

Lacking any internal reference point to other objects, the clouds are set adrift within their aluminium frames; the spatial proportions and positioning become indeterminate and the clouds themselves lose any authoritative vantage over the viewer’s gaze. The absence of the world of defined objects creates a mystery in perspective - a mystery that is reconciled only by yielding to the temptation to move around them, exploring the myriad ways in which the clouds ripple and roll. In this sense, the works draw on a childlike fascination with engaging objects through play and infinite motion. 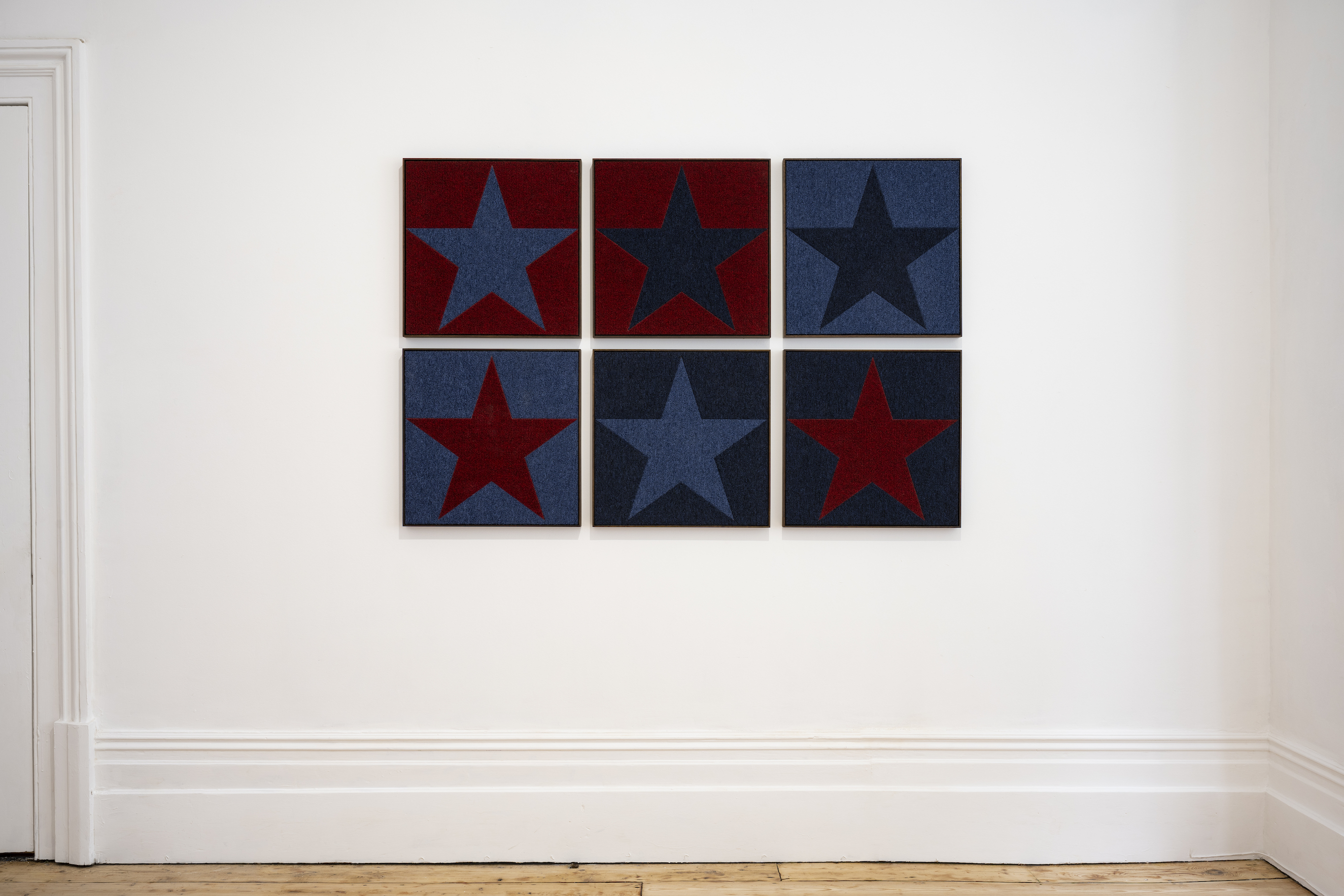 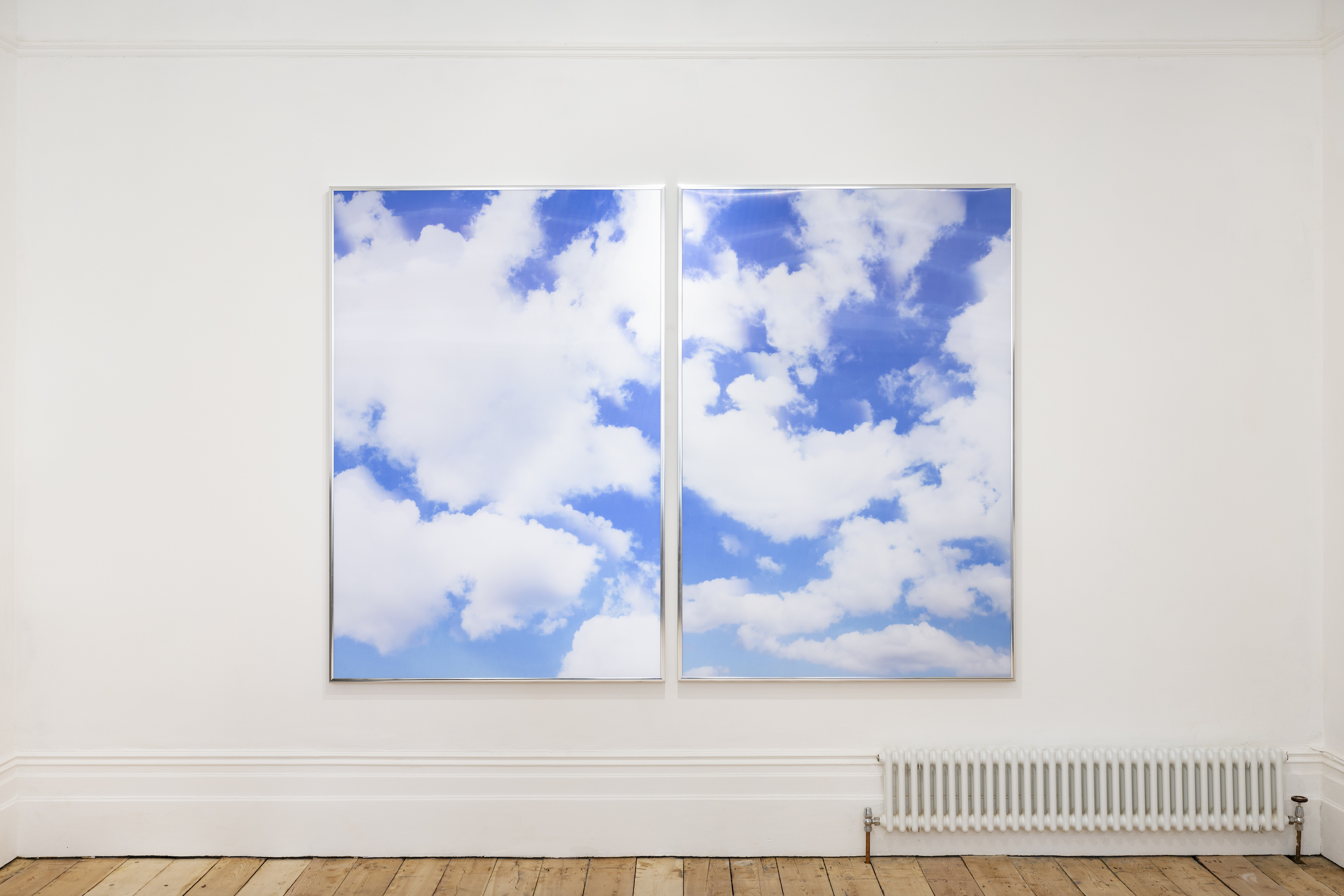 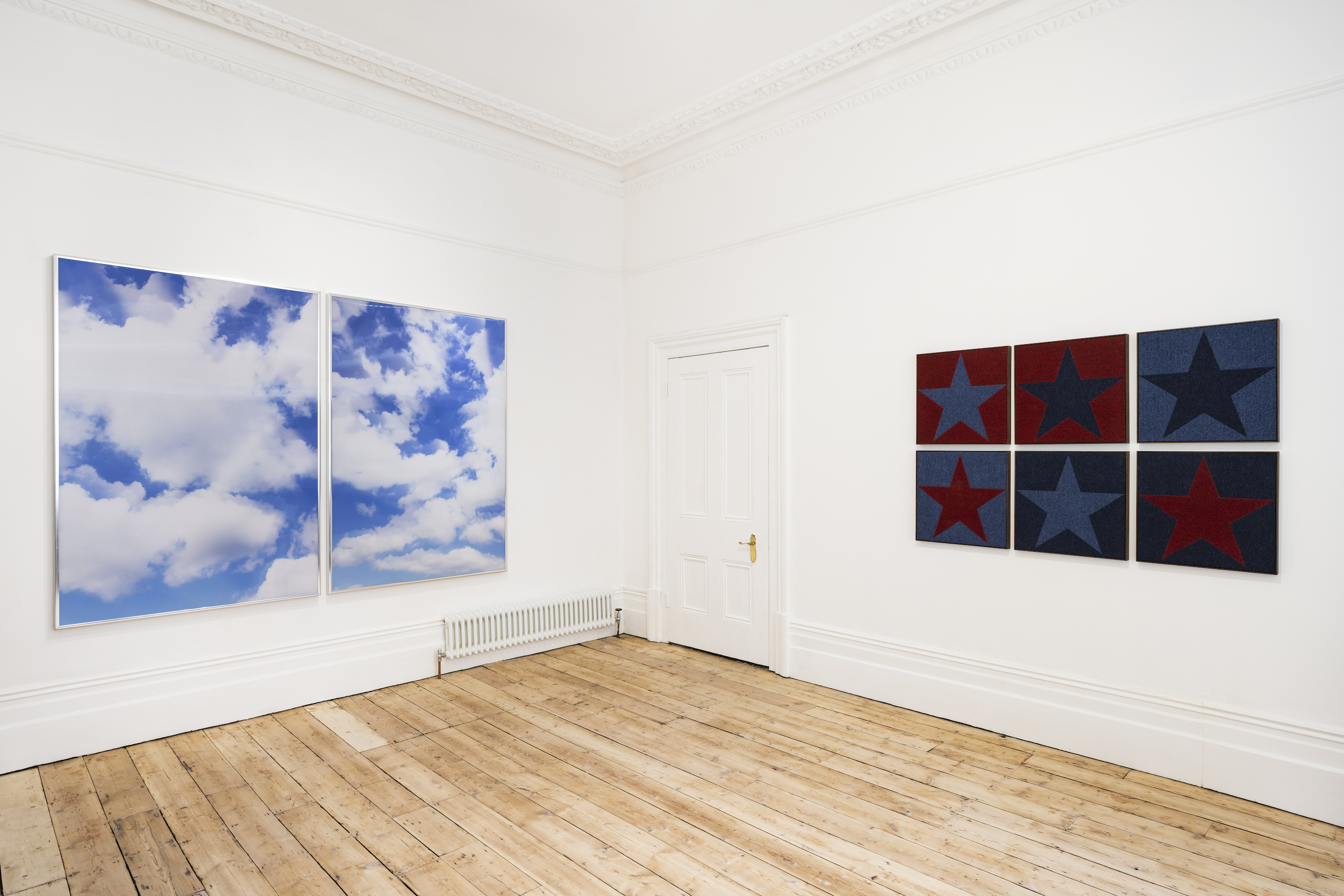 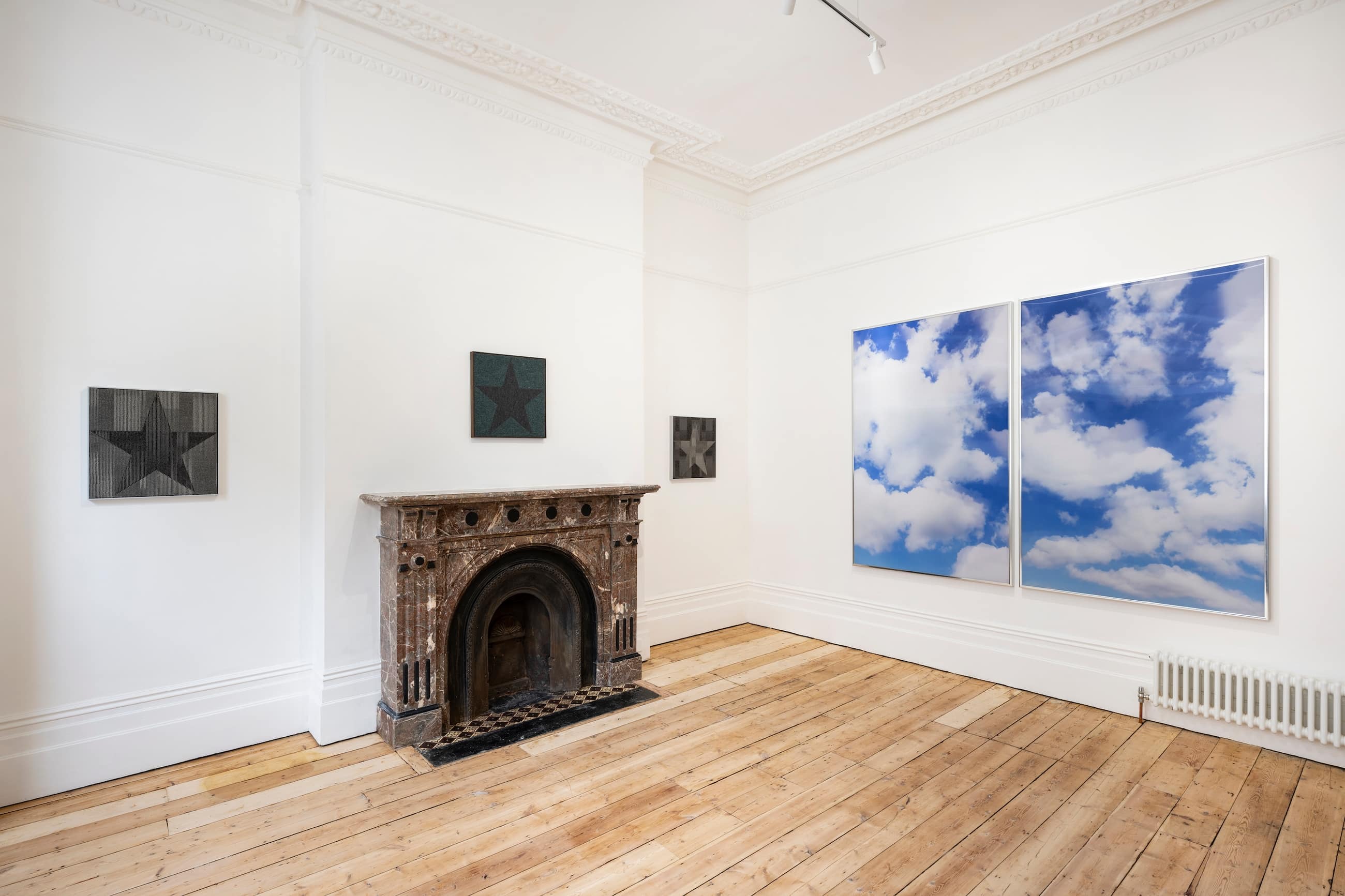 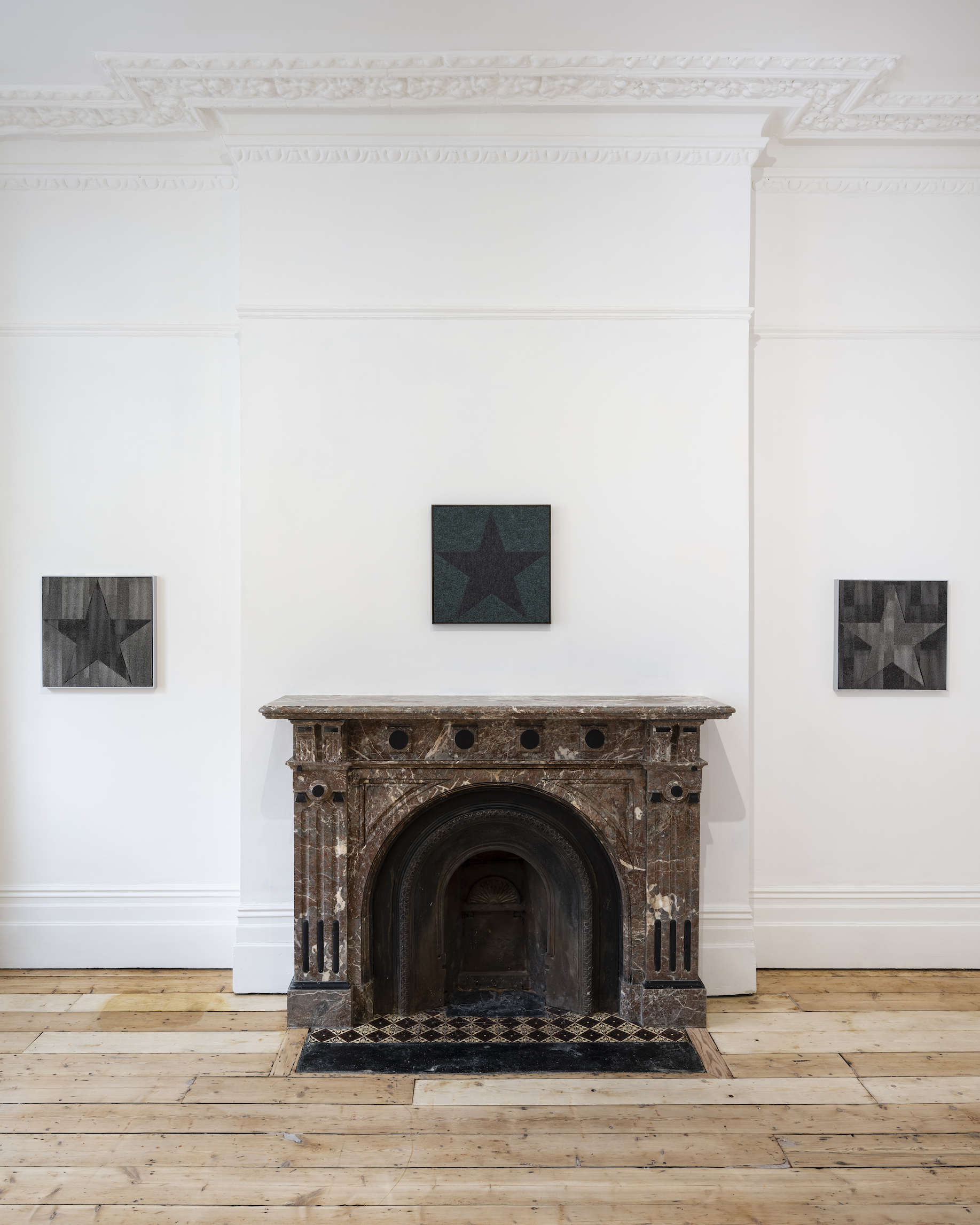 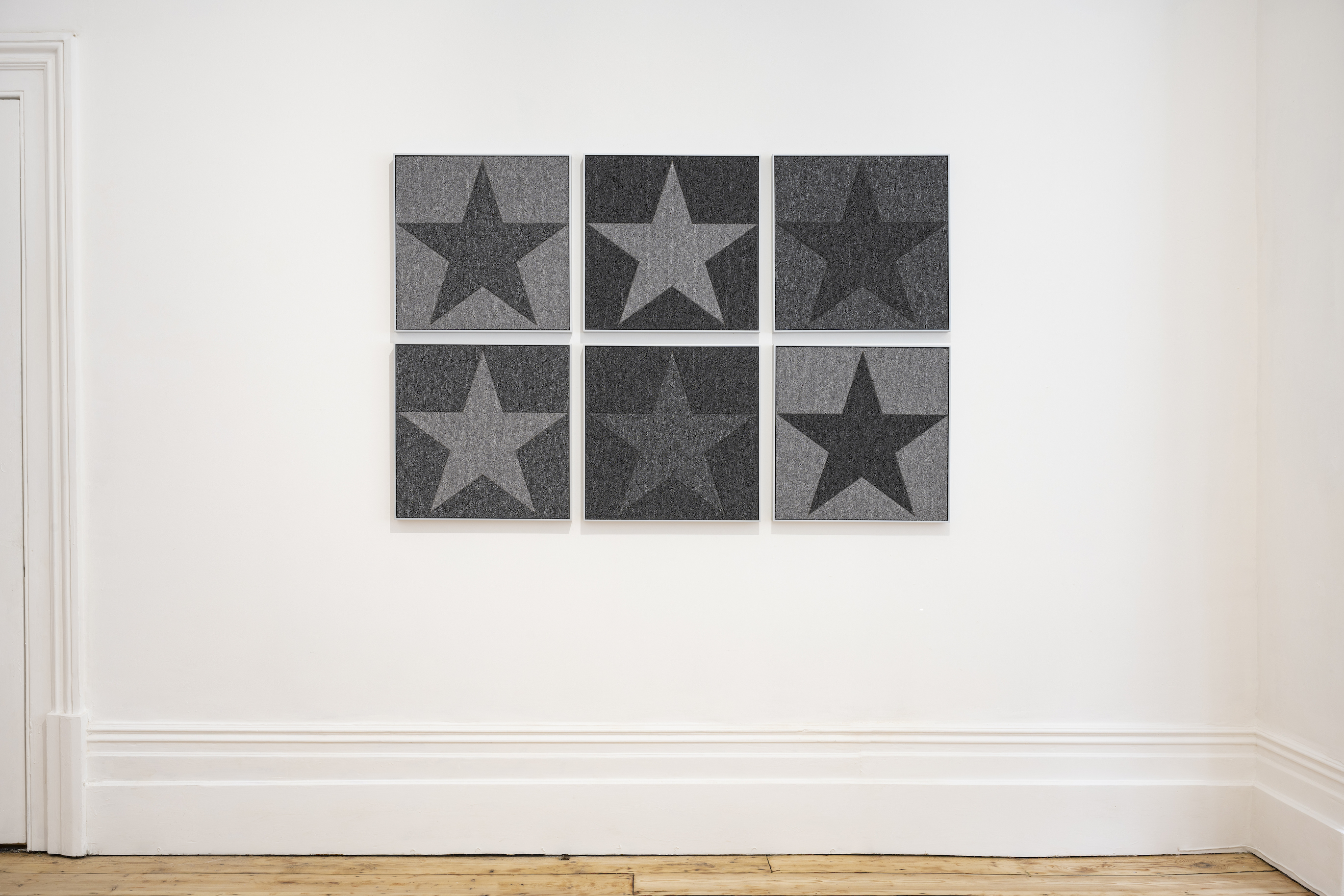 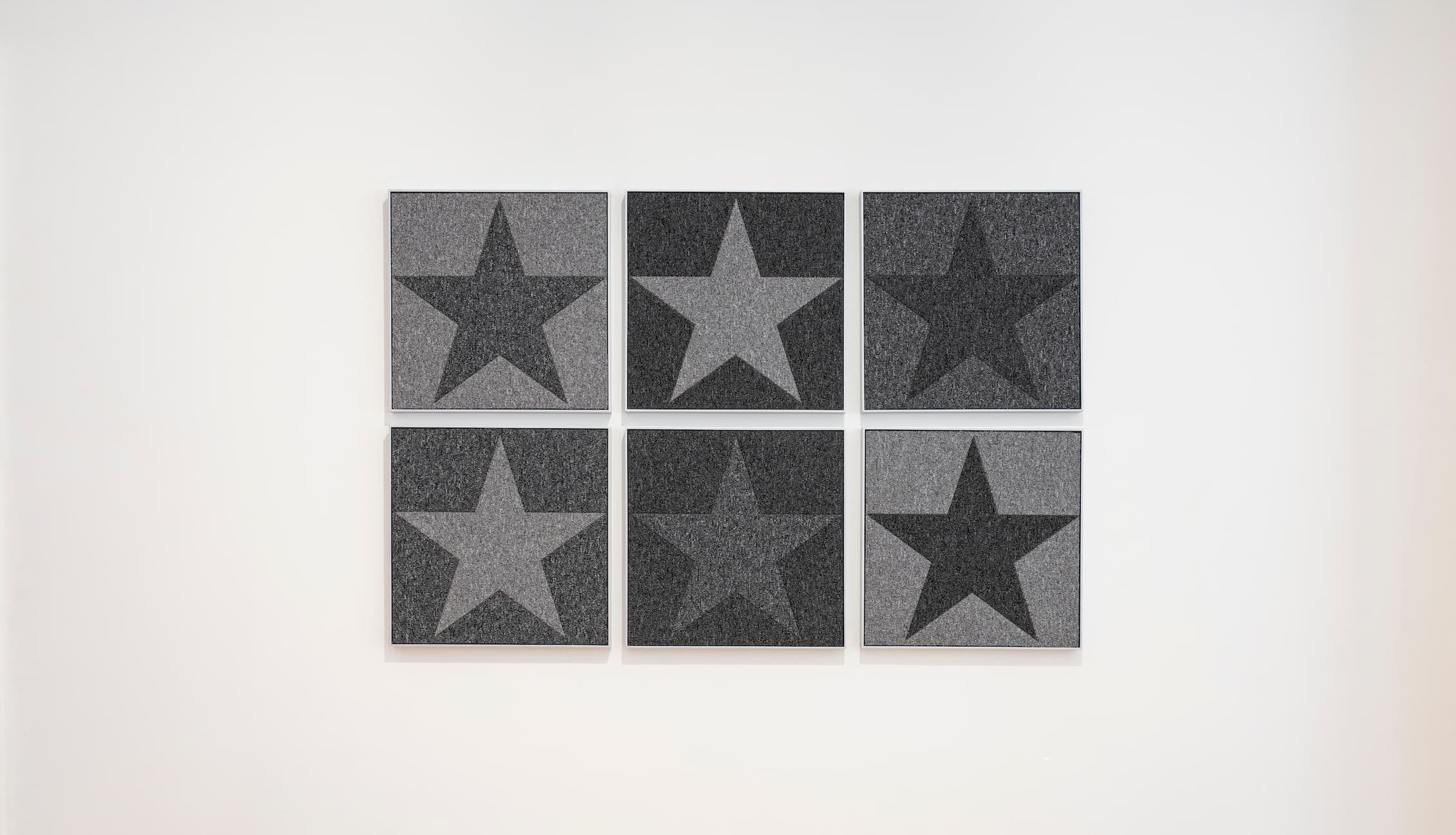