Window to The Cloud

Window to The Clouds at Salon Berlin of Museum Frieder Burda is the Paris-based artist Matthew Lutz-Kinoy’s first institutional solo presentation in Germany. Comprised of recent paintings, ceramics and sculptures, the exhibition imagines a series of contemporary land- scapes as painterly reflections that look at—and through—various architectures, historical paintings and current events. These environments act as stages for worlds of shared experience, human presence and touch.

Entering Salon Berlin, visitors pass through an immersive sculpture of pink pompoms and a soft pink carpet that spatialize Lutz-Kinoy’s interest in artistic transformation and spiritual transitions. The pompoms, a pluralistic form, at once connote costuming and flowers while also performing as a filter through which other works can be seen. Bodies, sacred and pro- fane, appear in several of Lutz-Kinoy’s paintings in Window to The Clouds. A string of these reference the French sculptor Auguste Rodin’s La Porte de l'Enfer (1880–1917). Rodin’s dramatic bronze gate cites the epic poem Inferno, Dante Alighieri's 14th-century meditation on the rejection of sin as the soul journeys toward the divine. Over one hundred and eighty figures jostle and writhe within its monumental frame. In Exhausted Angel Receives an Announcement in Rodin’s Garden (2019), Lutz-Kinoy depicts a cherub, rendered in the color of a blush, gazing upwards. Two shadowy arms reach down toward the weary figure from outside the composition’s edge. The garden scene, framed by a bushy rococo evergreen, is a painterly contemplation upon the porousness between interior and exterior environments. Like a win- dow, a painting can invite a viewer beyond the present. In dialogue with Wings of Flamingos, Camargue (2020)—a large, site-specific ceiling painting in an adjacent gallery that calls to the figure of the exhausted angel—the lush floor covering directs attention to the theatrical possibilities of architecture, and to the activation of a room through ornamentation.

Matthew Lutz-Kinoy echoes this thematic generosity in his painting technique, which evokes printmaking. The artist’s additive application of acrylics, his gestural brushwork, and his overlapping, translucent colors offer an exploration of depth, both pictorial and spiritual. In Lombardy Capriccio (2020), a cloud of blue-green landscape is portrayed below a curving, embellished arch alluding to a section of ceiling molding in the artist’s home. The scene quotes Francesco Guardi’s Fantastic Landscape (ca. 1765) in the collection of The Metropolitan Museum of Art, New York, an imaginary idyll of classical ruins that was sized to fit into a now absent decorative plaster surround. In other paintings, Lutz-Kinoy removes de- tails from their surroundings in order to resituate them and to look at them anew, such as in Lectures of Burle Marx (2020), a portrait of a wild orchid found on a Rio de Janeiro sidewalk. Plants and flowers are often protagonists in Lutz-Kinoy’s work, appearing as companions to or extensions of the body. In each of these paintings, the frame is an active space where relationships can be recalibrated, transience articulated, and a field defined for the viewer to be absorbed in.

Turning seasons and fleeting clouds convey change and the passage of time. For Lutz-Kinoy, time is neither a linear nor singular concept. “Futurity can be a problem,” wrote the performance theorist José Esteban Muñoz in the influential book Cruising Utopia (2009), from which Lutz-Kinoy draws. In his argument, Muñoz critiques “straight time,” his term for conventional investments in the future. Time is straight, it follows, when the future is foreclosed on by the present. Heteronormativity is not, therefore, just a sexual relation, but is a mode of social production. Yet rather than contending that there is consequently—or even radically— no future, Muñoz celebrates the existence of many potential futures in the present. Futures are created on the dance floor, the stage, and elsewhere that queer worlds are enacted. In these places, a re-vision of the future is seen through the window of queered performativity.

In the interventions in this exhibition, which blend the languages of representation and performance, Lutz-Kinoy explores spaces beyond hereditary or inherited time. As views of a present not indebted to the future, these intimacies gift openings into heaven—or, as Muñoz names it, ecstasy—on earth. 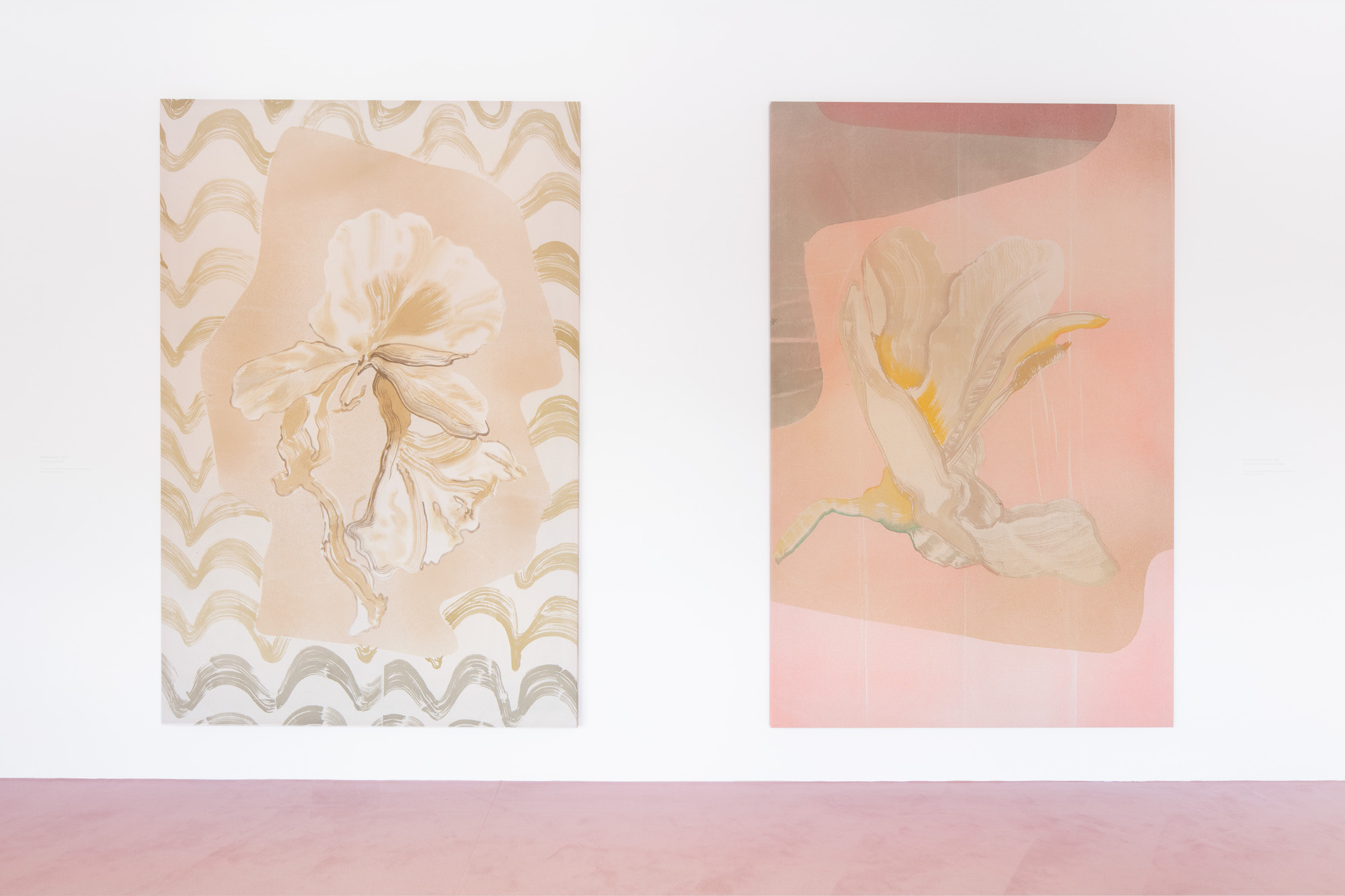 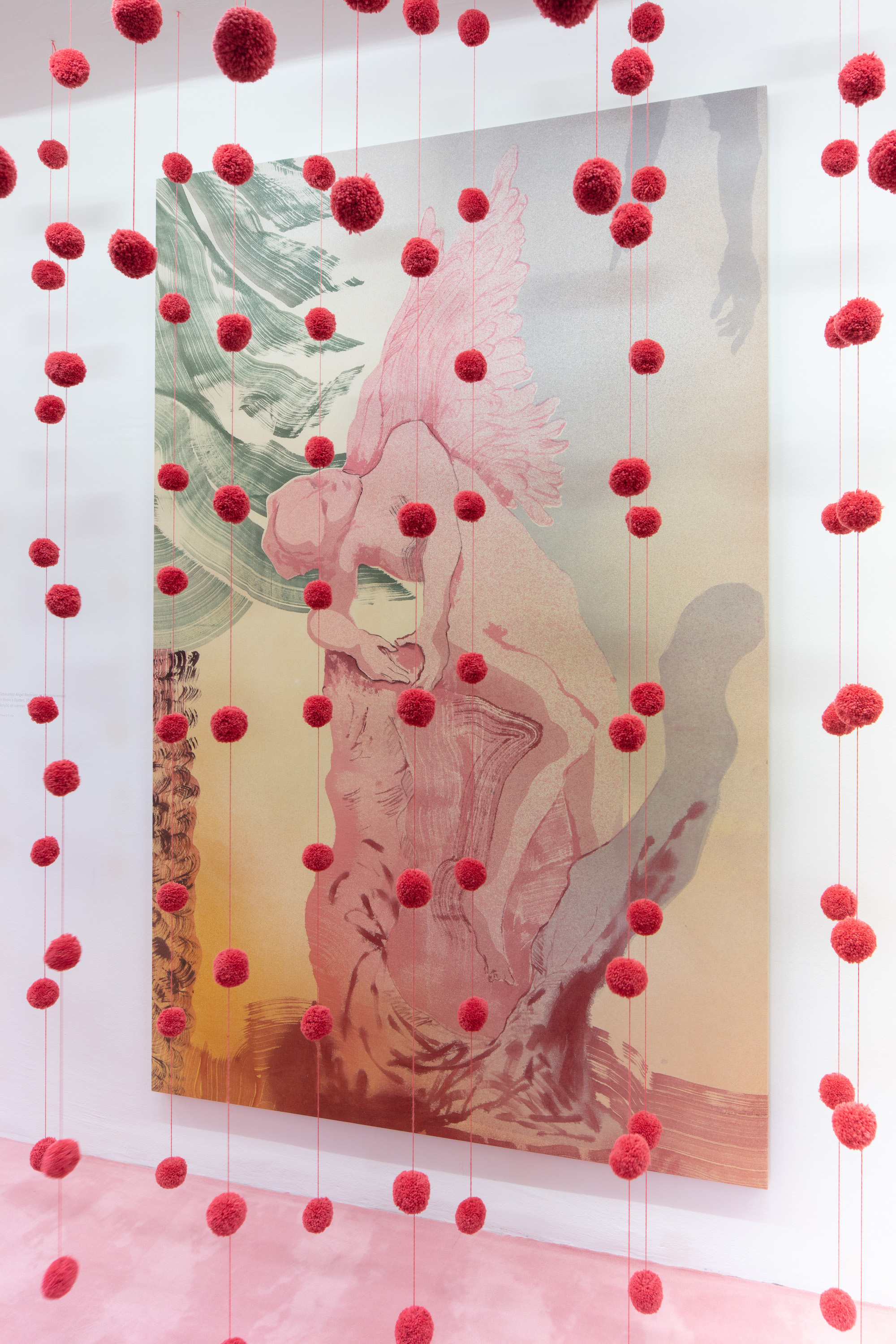 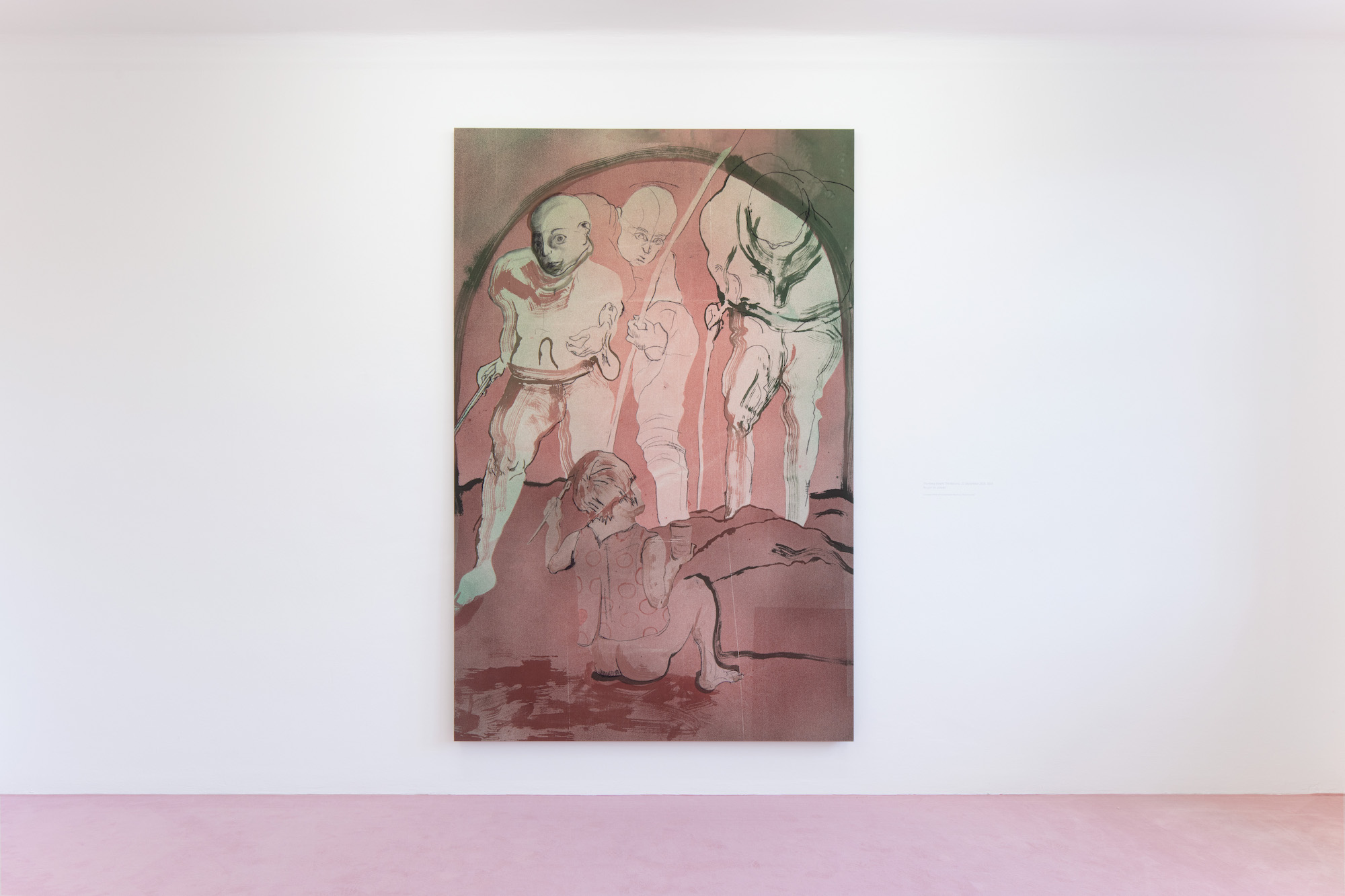 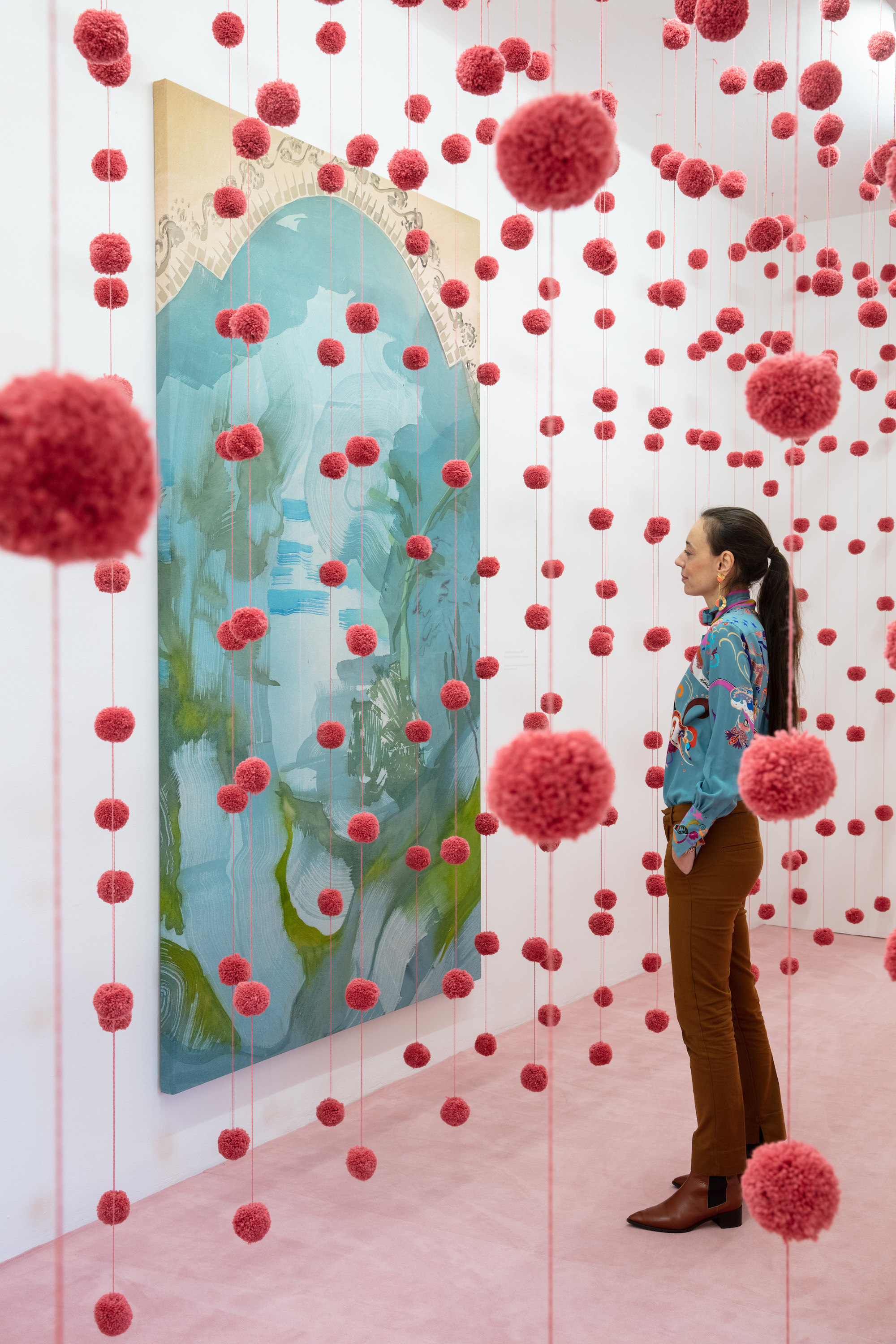 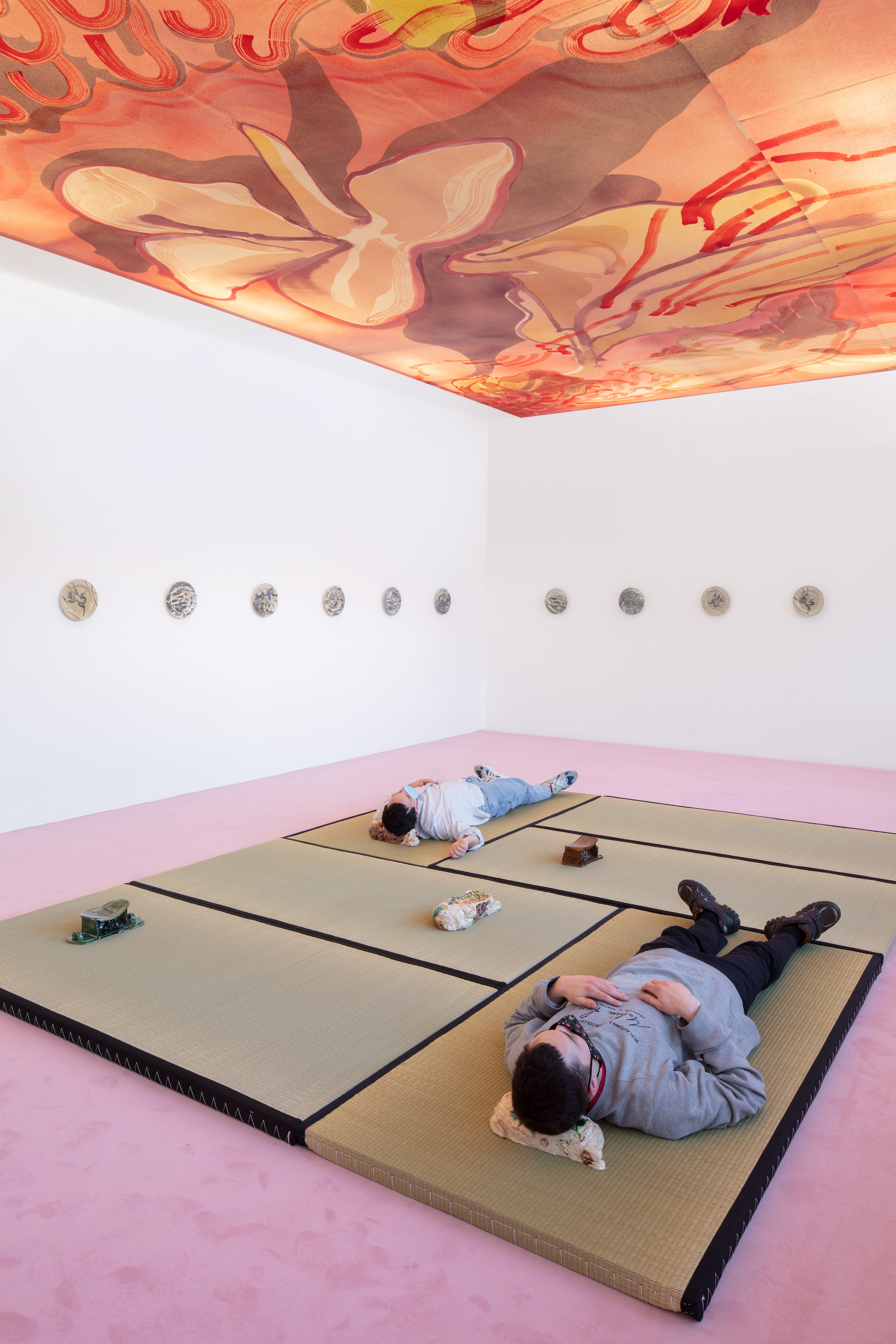 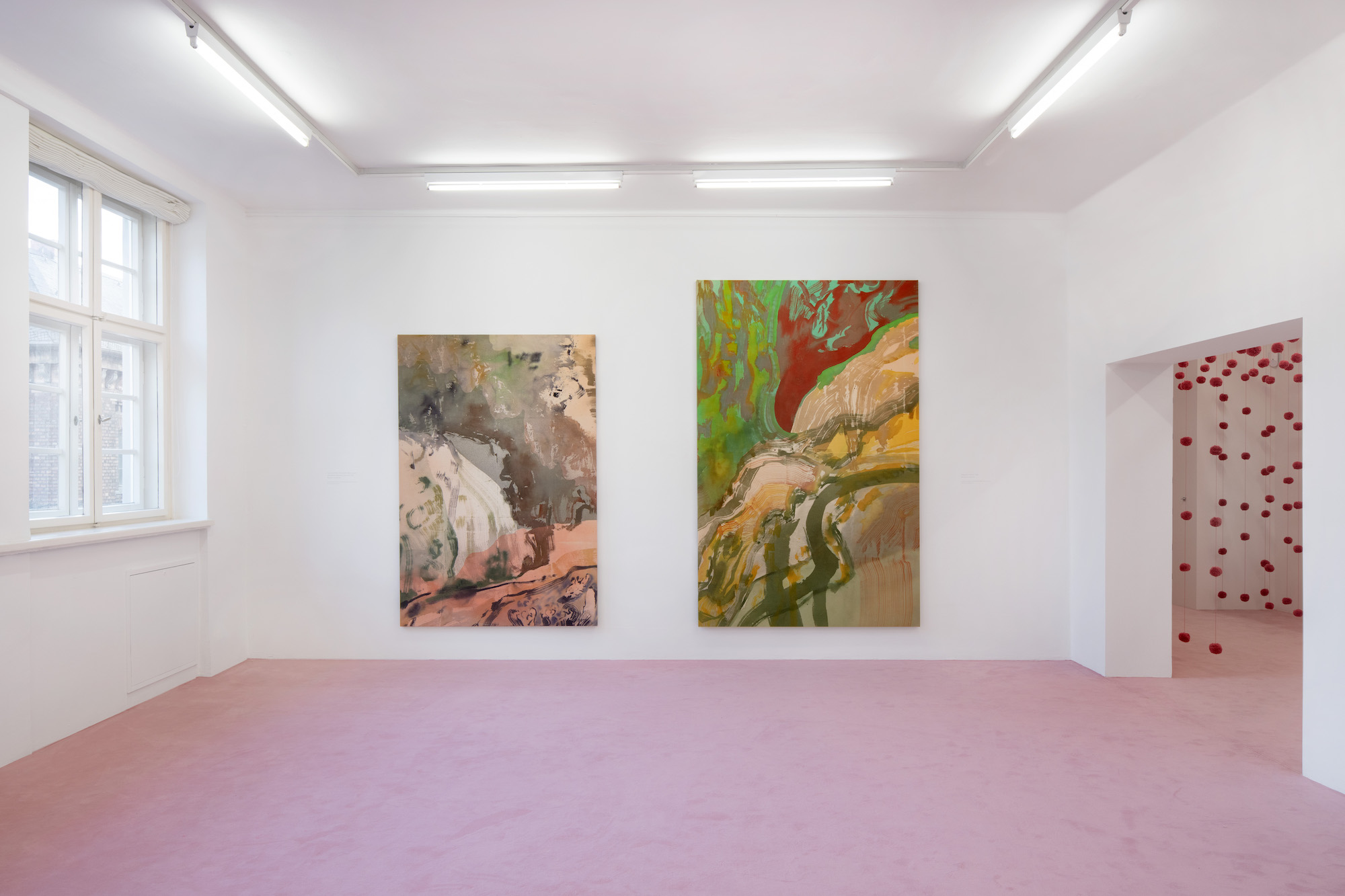 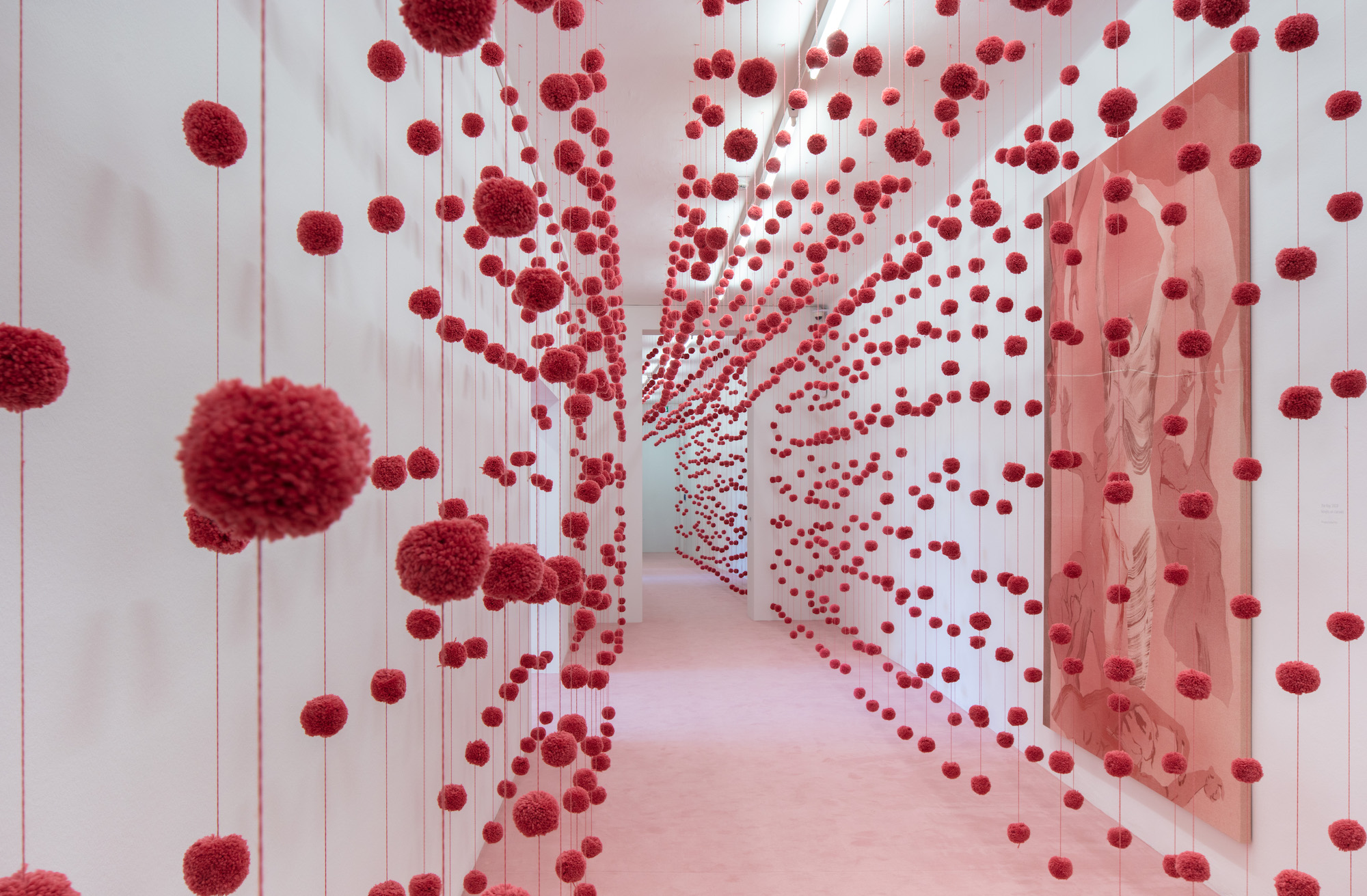 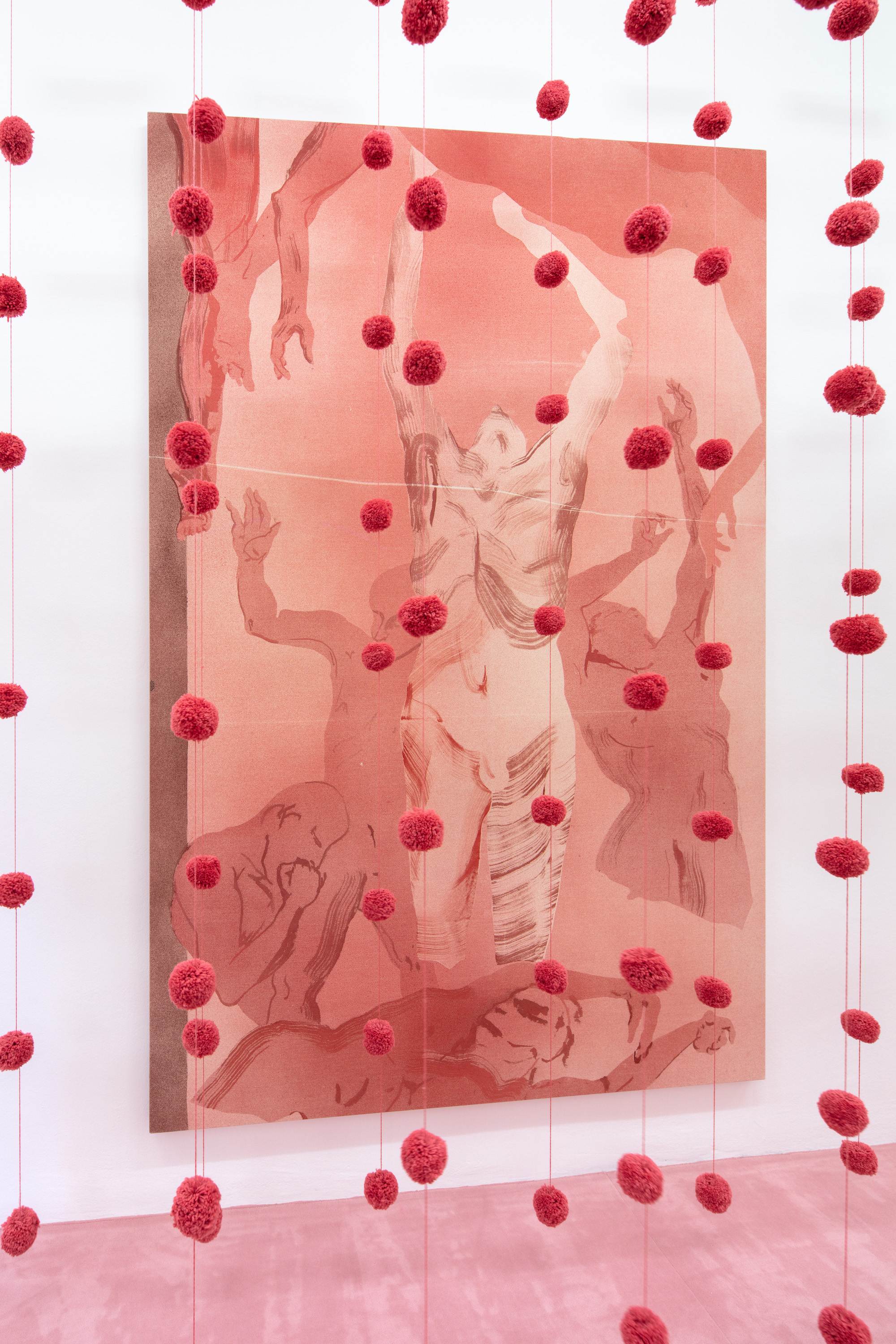