Veliko Tarnovois a small town in the centre of Bulgaria with a turbulent history. It was thescene of numerous battles between the Slavs and Ottomans and the site where thenation’s first democratic constitution was drawn up in 1879. Le Corbusier cameto Veliko Tarnovo in 1911 to study the architecture of the town, lined up alongthe foothills of the Balkan Mountains with the houses connected to one anotherlike a modular system.

The Slav Palacestands in the town centre. Built around 1720, it remains the tallest buildingin town (excepting the churches, of course). The forty closely staggered windowarches on the top floor are clearly visible from afar. During the communist erathe palace was owned by the state and interior walls were erected to divide thespacious rooms into smaller residential units. For many yearsplasterboard fixtures concealed the stucco, historic structure and in somecases, entire rooms.

Plamen Dejanoff’sfamily, following a restitution procedure, consolidated the Slav Palace andothers of the city's historic buildings into the “Foundation Requirement”trust, and during the renovation work, Dejanoff uncovered some of these oldfeatures. By removing historical layers, he unmasks the political past of hishomeland while at the same time quoting art historical examples such as GordonMatta-Clark and Lawrence Weiner. While in their work, the emptiness on thewalls or in the space brought about through reconstruction, attacks urban orinstitutional narratives, Dejanoff takes the stories of the uncoveredstructures even further.

The Germanplasterboard panels installed in the historic Bulgarian palace in recent yearsto continue the fulfillment of a socialist-communist ideal of a fairdistribution of living space have been painted in various colours. Dejanoff has cut out pieces of thesepanels, in sizes varying from human-scale to dimensions reminiscent oftraditional portrait paintings. He also removed the metal structure of thesupporting profiles in order to reassemble them in Rome. It is thereby lessabout reconstructing the Bulgarian room than about highlighting another levelof alienation and reinterpretation of the building material.

What do thedismantled components of plasterboard panels and metal profiles represent todayand in this (foreign) place?

A similar question is raised by the porcelain trophiespresented on the metal profiles in their new function, as hybrids of sculptureand display unit.

In collaboration with the venerable Viennese porcelainmanufactory Augarten, whose handmade products are recognized worldwide,Dejanoff has designed a total of nine different cups and trophies. They arepartly based on his preoccupation with the football player Trifon Ivanov, knownas the Bulgarian wolf, who, like himself, comes from Veliko Tarnovo, and aboutwhom myriad eccentric rumours abound.

In the context of this exhibition, they once againcombine with Dejanoff's investigations into diverse representational forms,which do not remain trapped in the objects, but inscribe themselves in the manyinterstitial spaces of history, architecture, the sites and in the viewersthemselves. 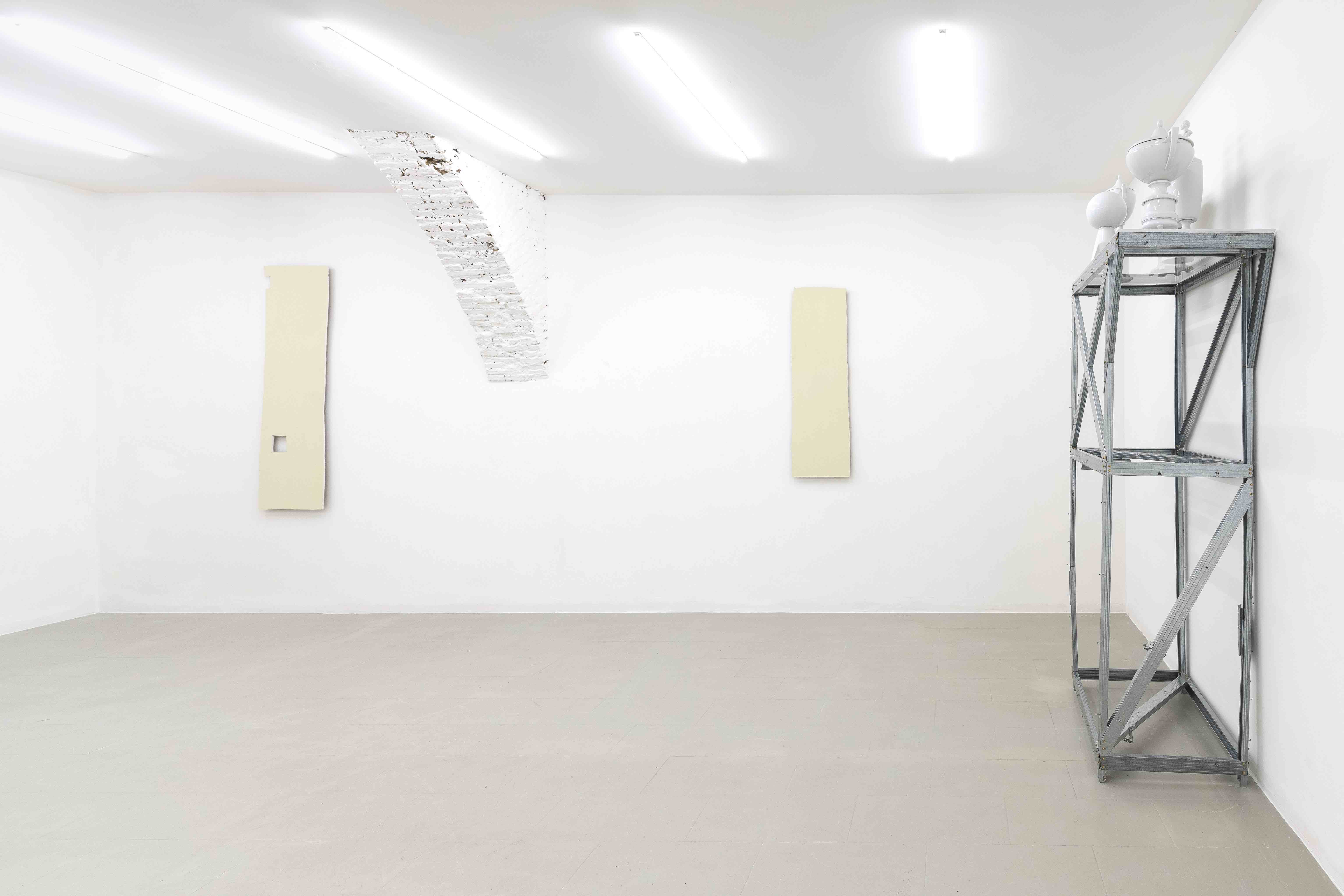 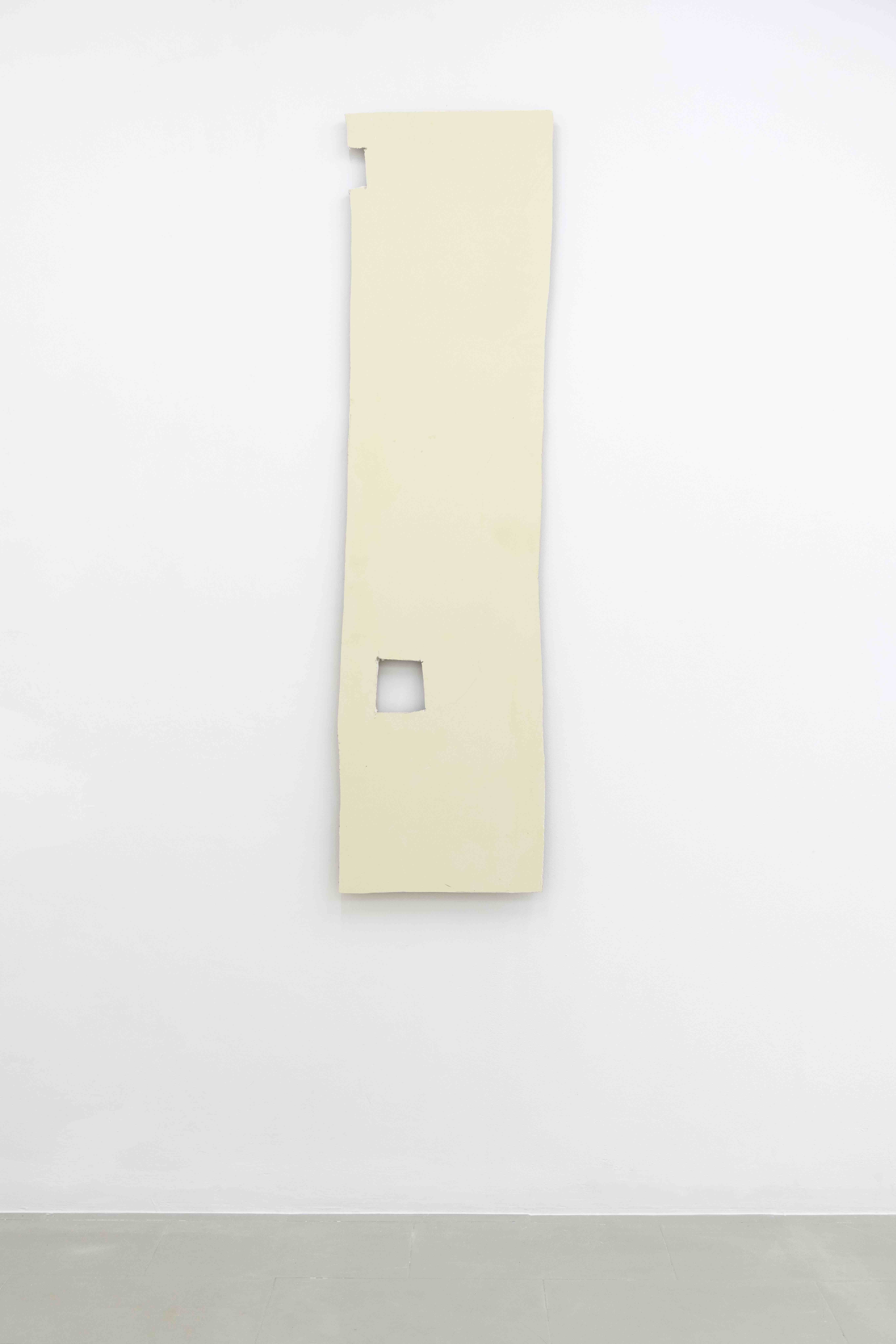 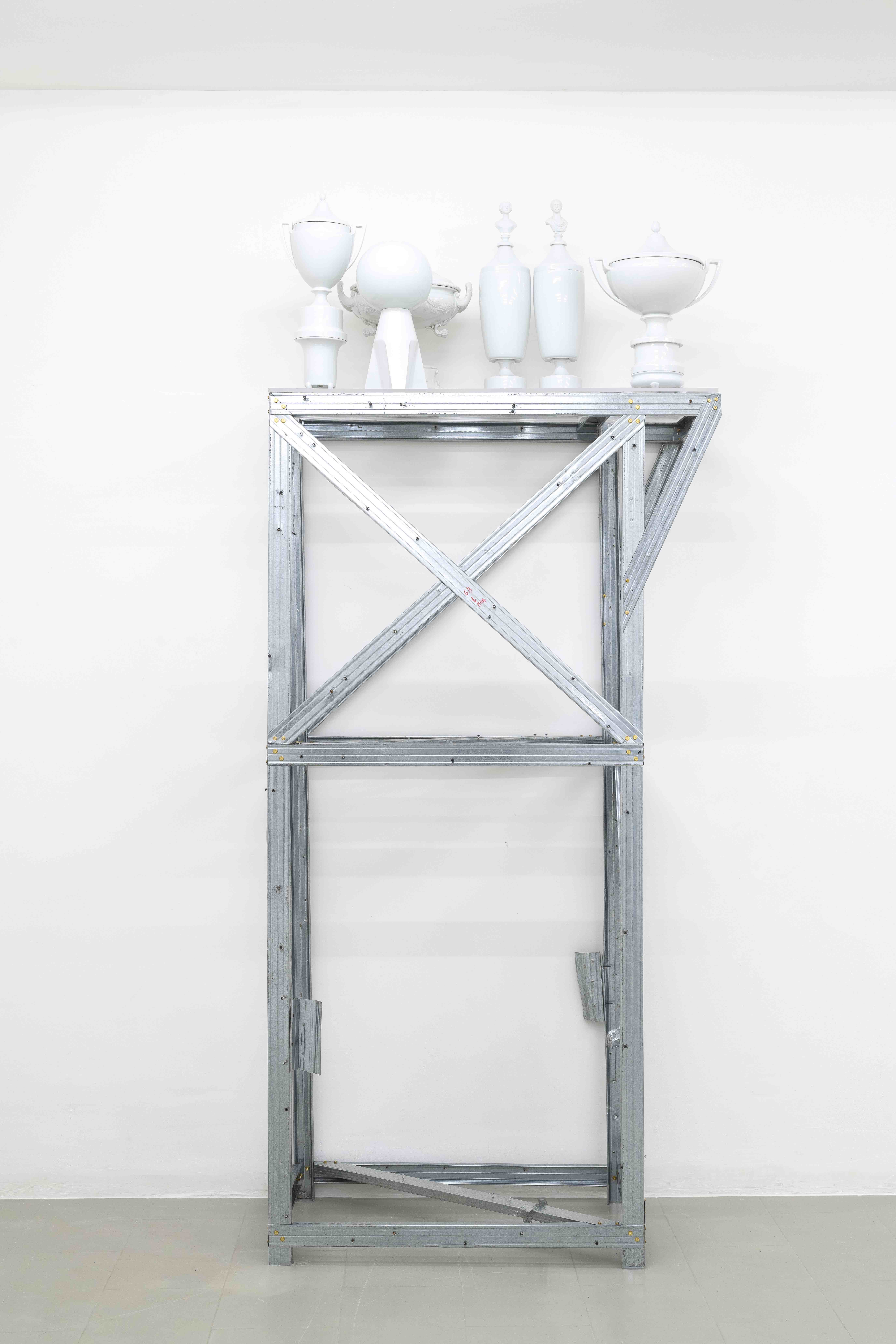 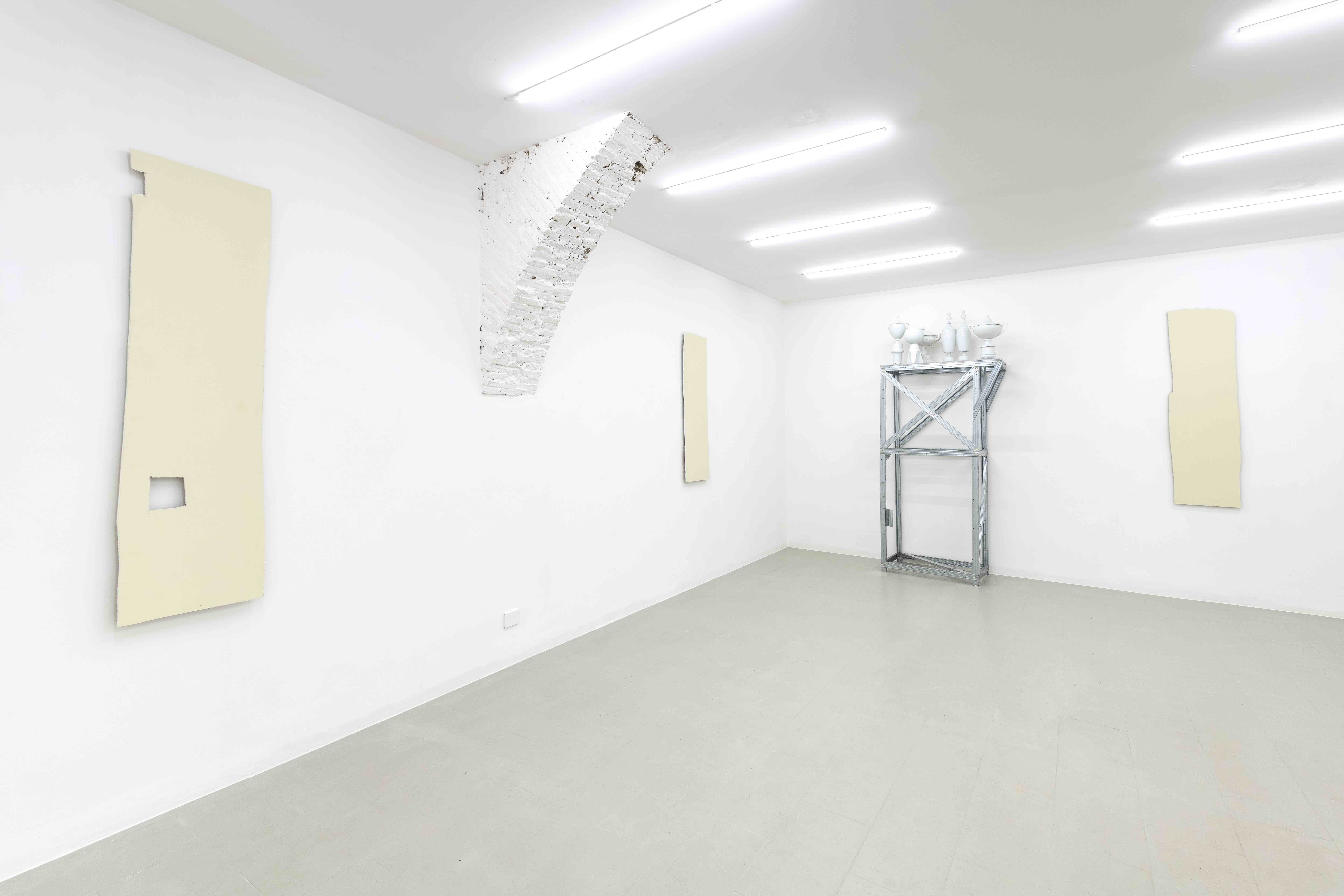 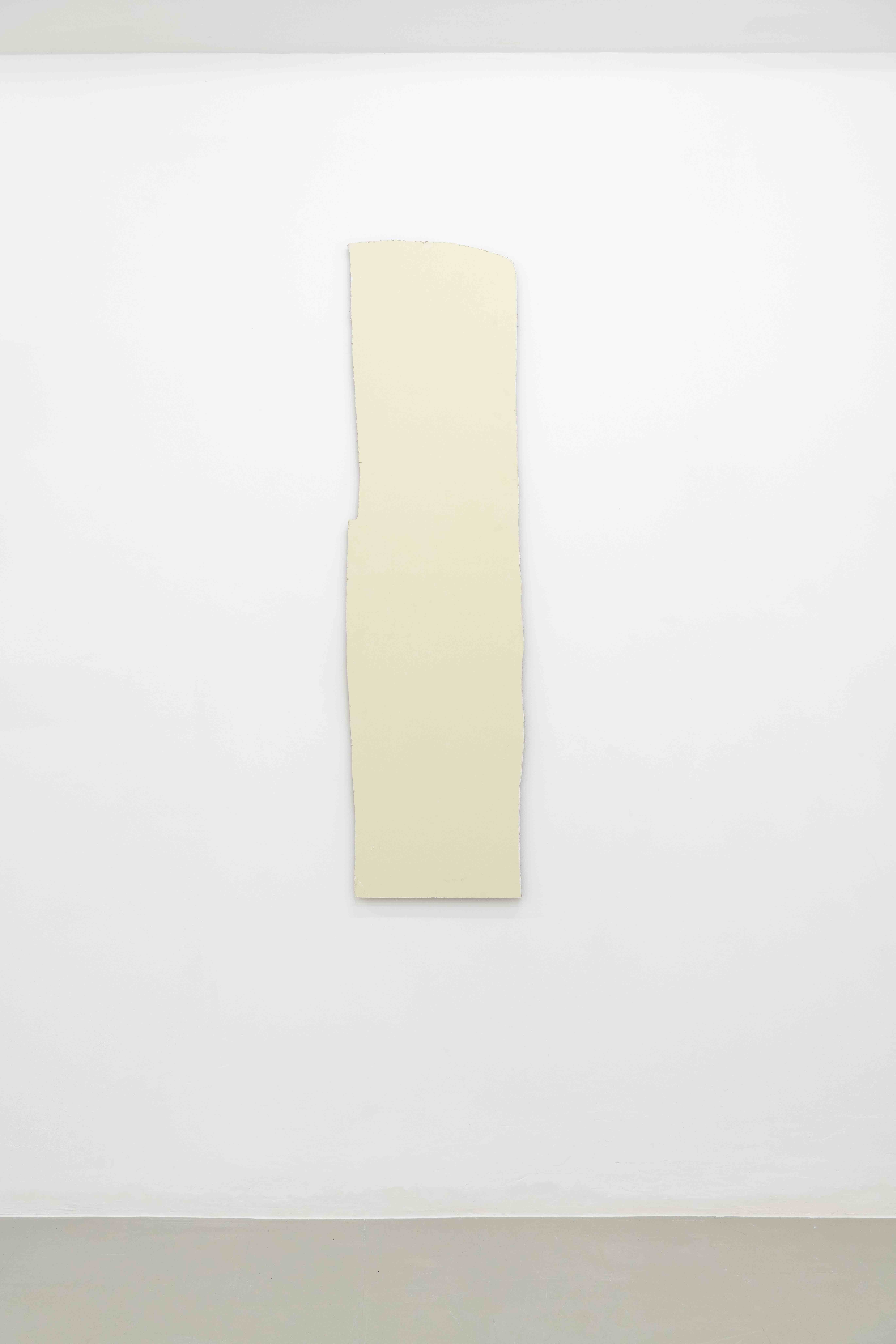 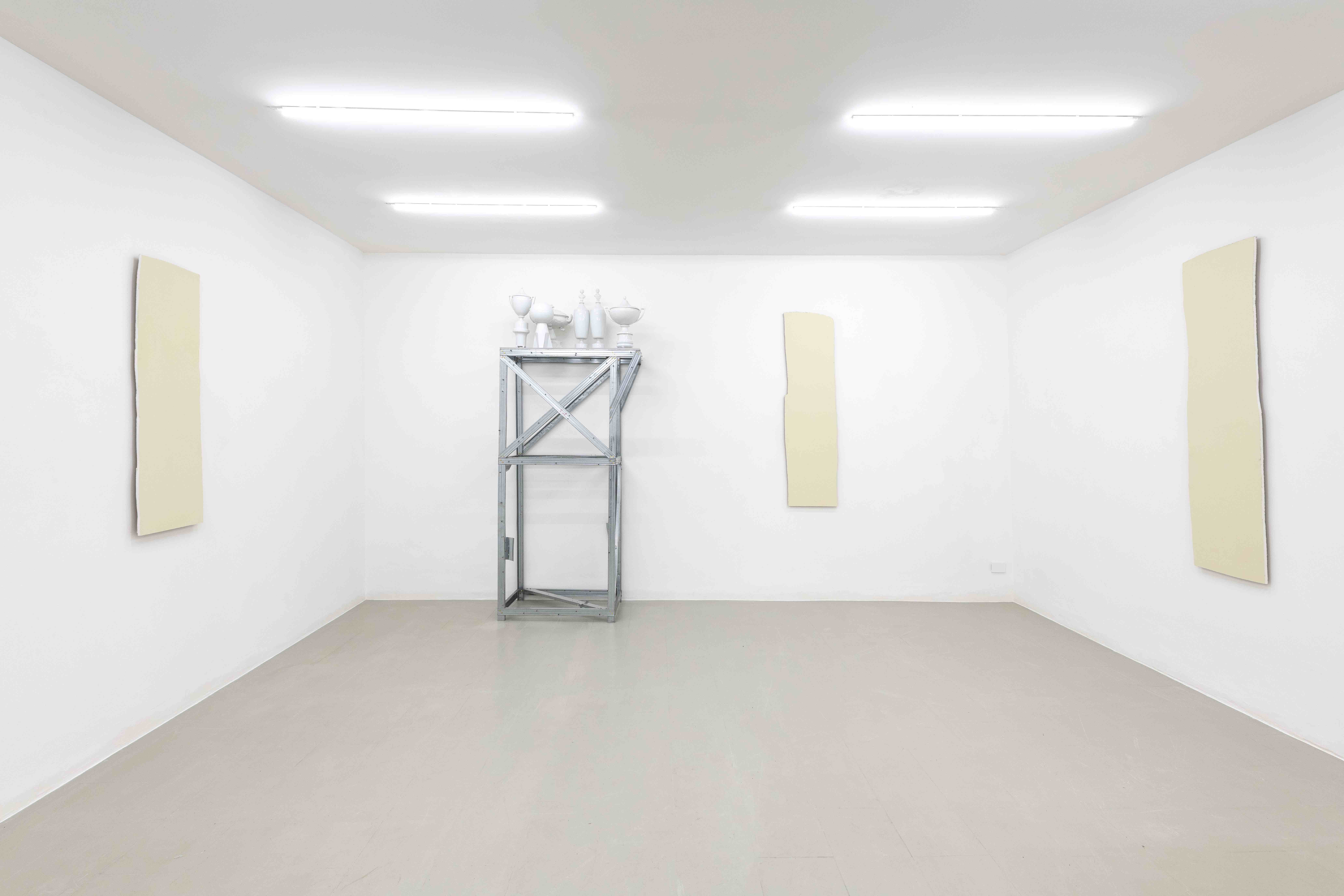 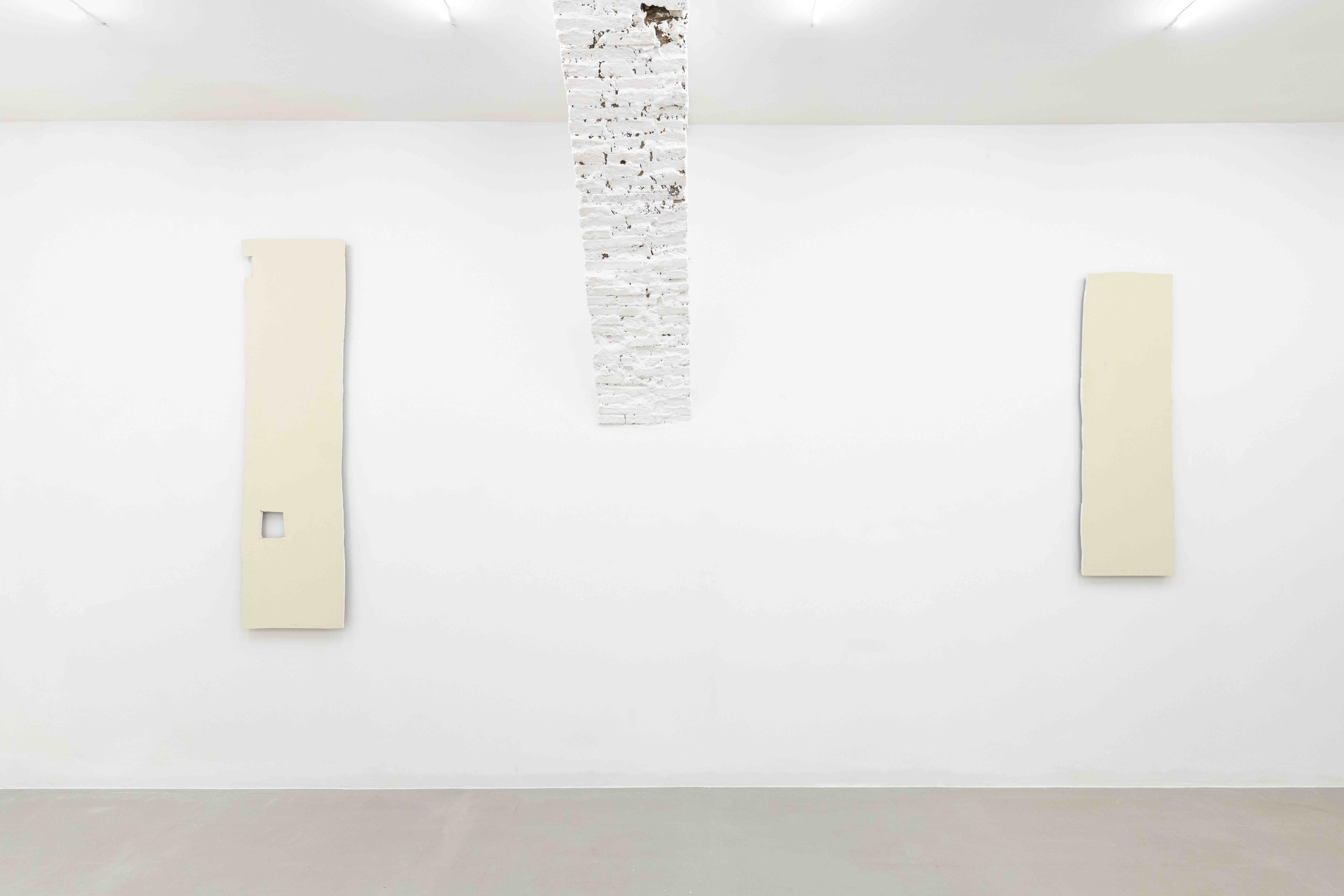