With a multidisciplinary practice that incorporates sculpture, drawing, installation, sound, music, and performance, Beasley probes the material and cultural conditions that shape our perception of history. His ability to alchemize ordinary material—specifically personal artifacts and articles of clothing—into sculptures that are simultaneously transcendent and familiar has placed him at the vanguard of artistic and cultural thought.

This exhibition presents an ambitious new sound sculpture in the form of a modified utility pole that rises high into the gallery. A focal point of the exhibition, the work provides a source of light as well as sound, which emanates from a network of speakers placed throughout the space and on the rooftop. Consisting of field recordings Beasley gathered in a variety of locations, these sounds connect the experience of the work, here in its present context, to any number of potential places. A similar sculpture, first presented as part of Prospect New Orleans earlier this year, occupies a plot of land Beasley purchased in the Lower Ninth Ward. In both works, what started as a ubiquitous marker of urban infrastructure is materially altered and reimagined in terms of what such an object could be. This very act of creative reinterpretation invites unlimited possibilities and future applications.

On site considers the idea of place as a powerful nexus of personal and collective experience. Taking the American South as a foundation, the exhibition draws attention to the complex network of objects, industries, and materials that become subtly and inextricably bound up in a society. With his Slab sculptures, Beasley brings unorthodox materials and processes to the millennia-old tradition of relief sculpture, thus both participating in and probing the boundaries of the Western canon. References to land in Virginia owned by the artist’s family over multiple generations provide a lens through which to consider the Black experience and its impacts on American history and culture. Made from clothing and raw cotton hardened with resin, the works combine with dye-sublimation-printed imagery significant to the artist, such as peach trees in Lynchburg, VA, where he grew up, and a pink shed on his paternal grandmother’s property in Valentines, VA. These diaphanous images merge with the textures and colors of the supporting material like double exposures, forming an evocative space wherein history, memory, and imagination intertwine. Another work takes the House of Slaves, a former slave outpost and memorial off the coast of Dakar, as a psychically potent, albeit historically contested, symbol. This and other works consider the ability of narratives to act as proxies for grief and pain, filling voids where history has been forgotten, neglected, stripped, or mistold.

Kevin Beasley (b. 1985, Lynchburg, VA) earned a BFA in painting and sculpture from the College for Creative Studies in Detroit in 2007 and an MFA in sculpture from Yale University, New Haven in 2012.

He lives and works in New York. 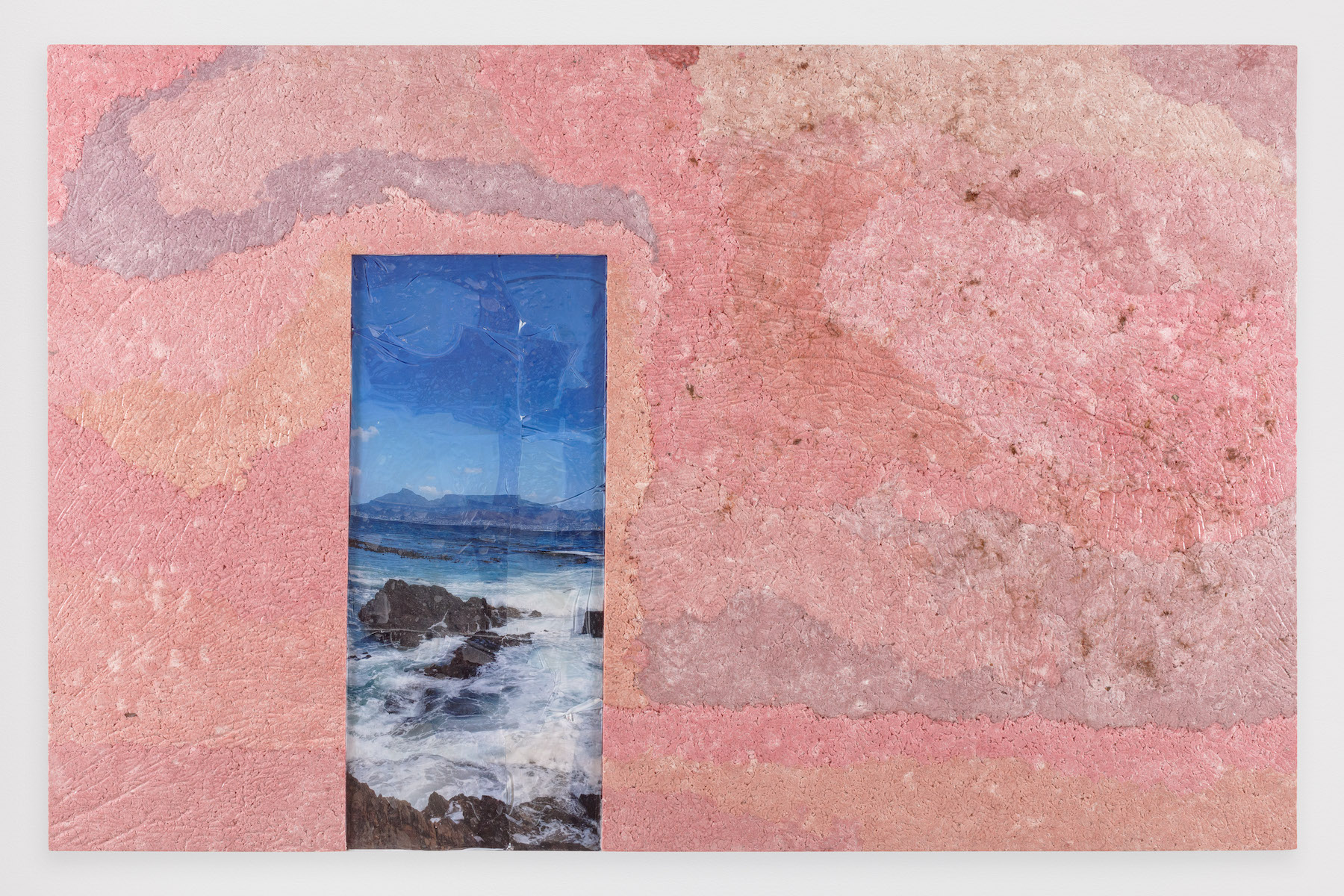 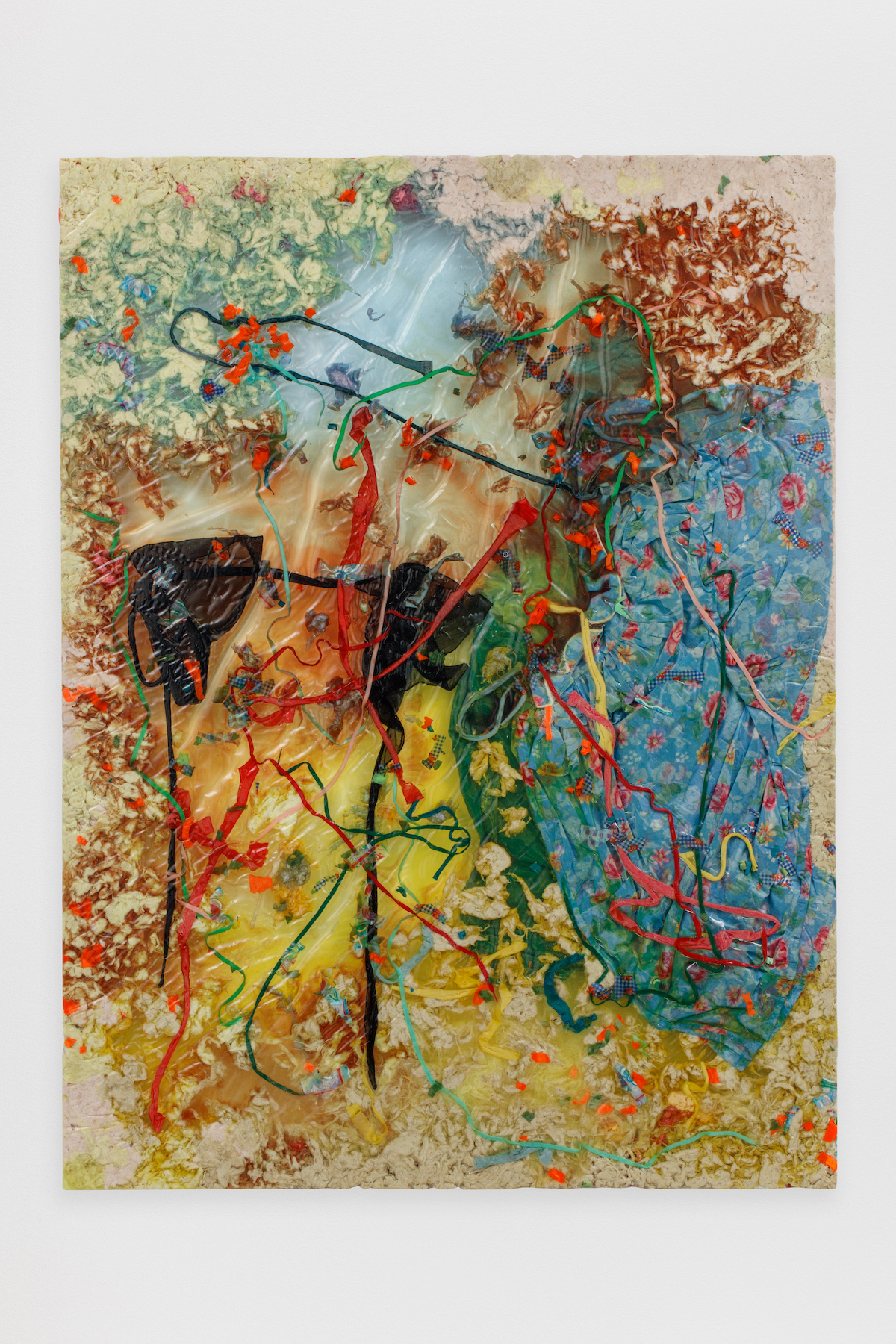 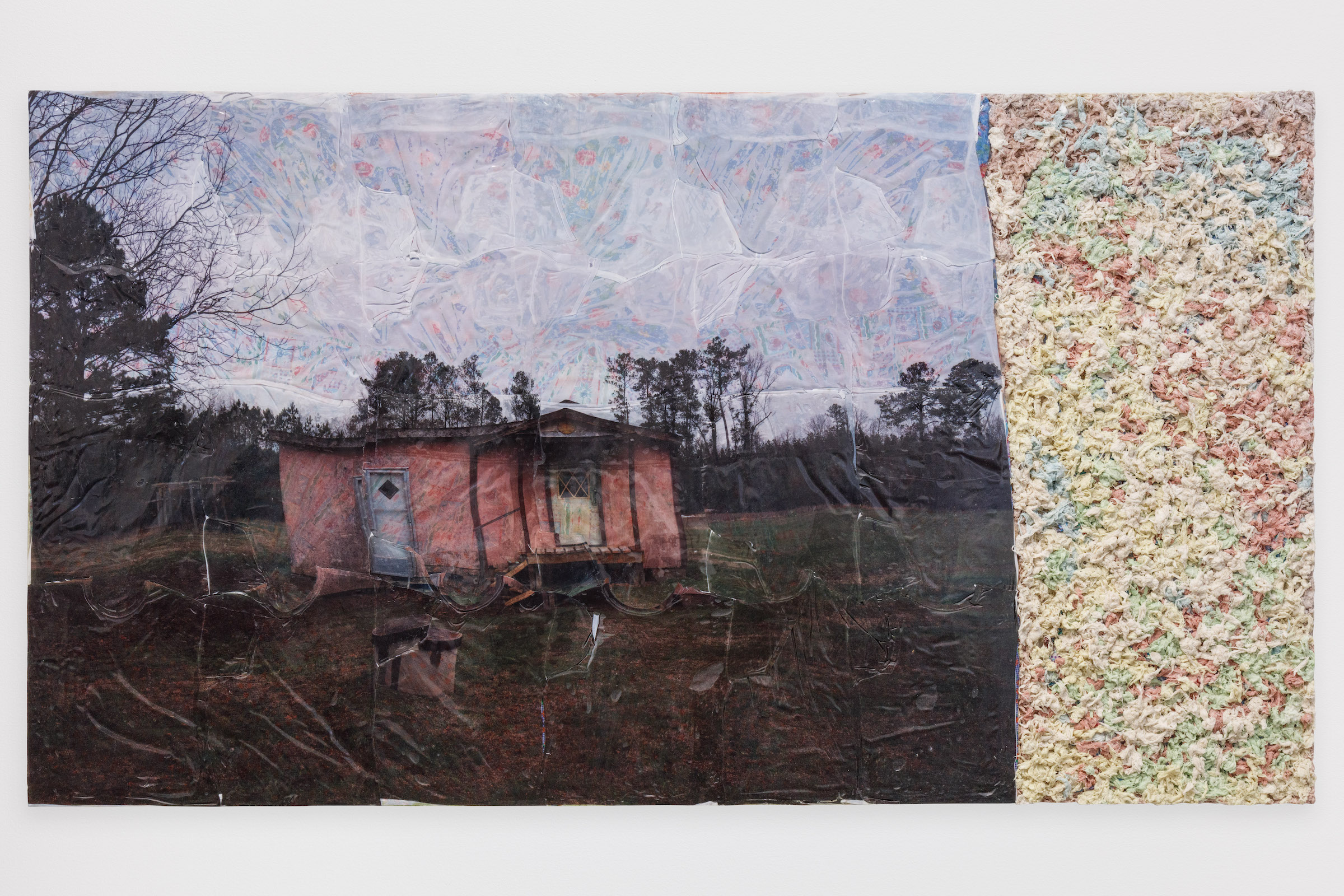 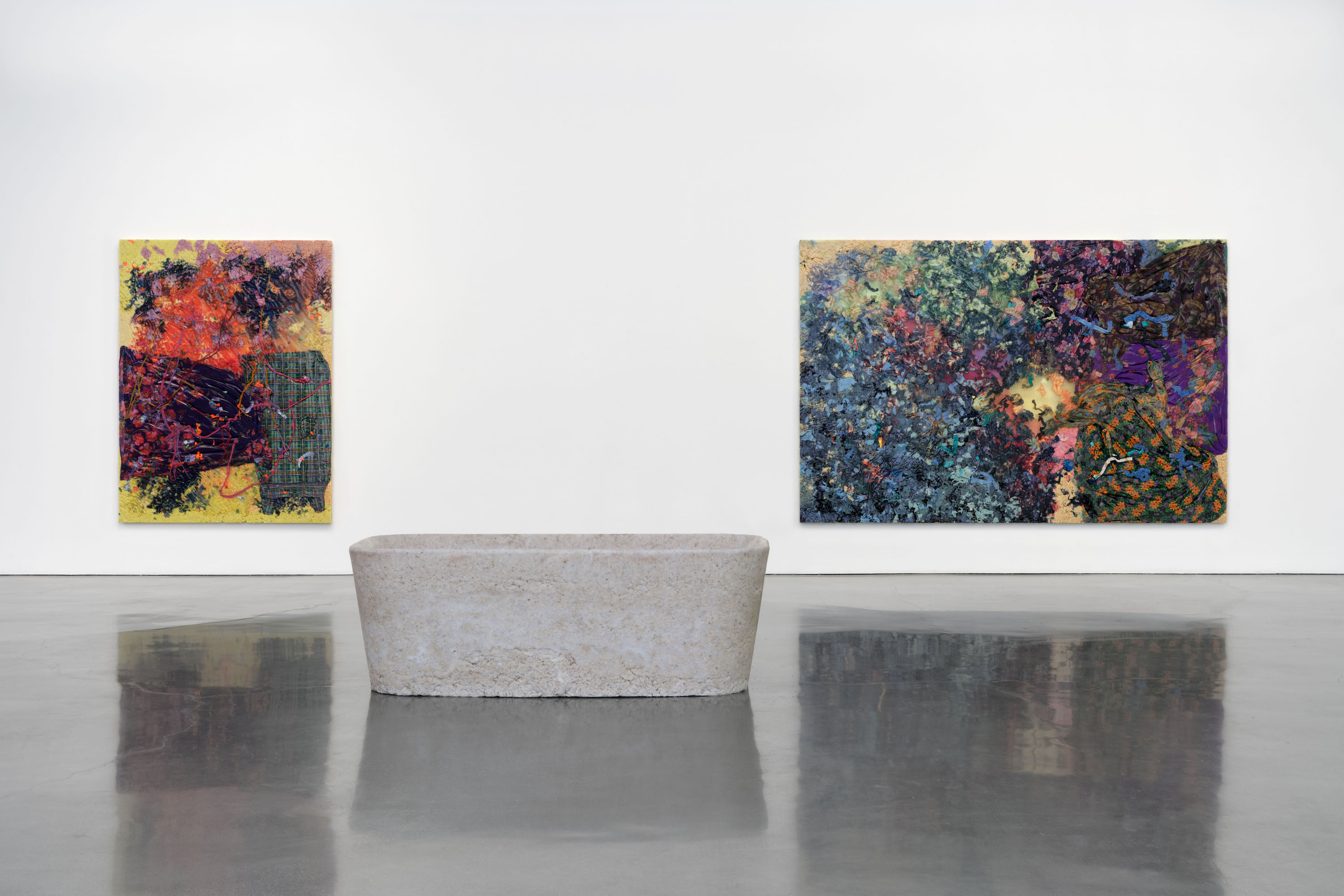 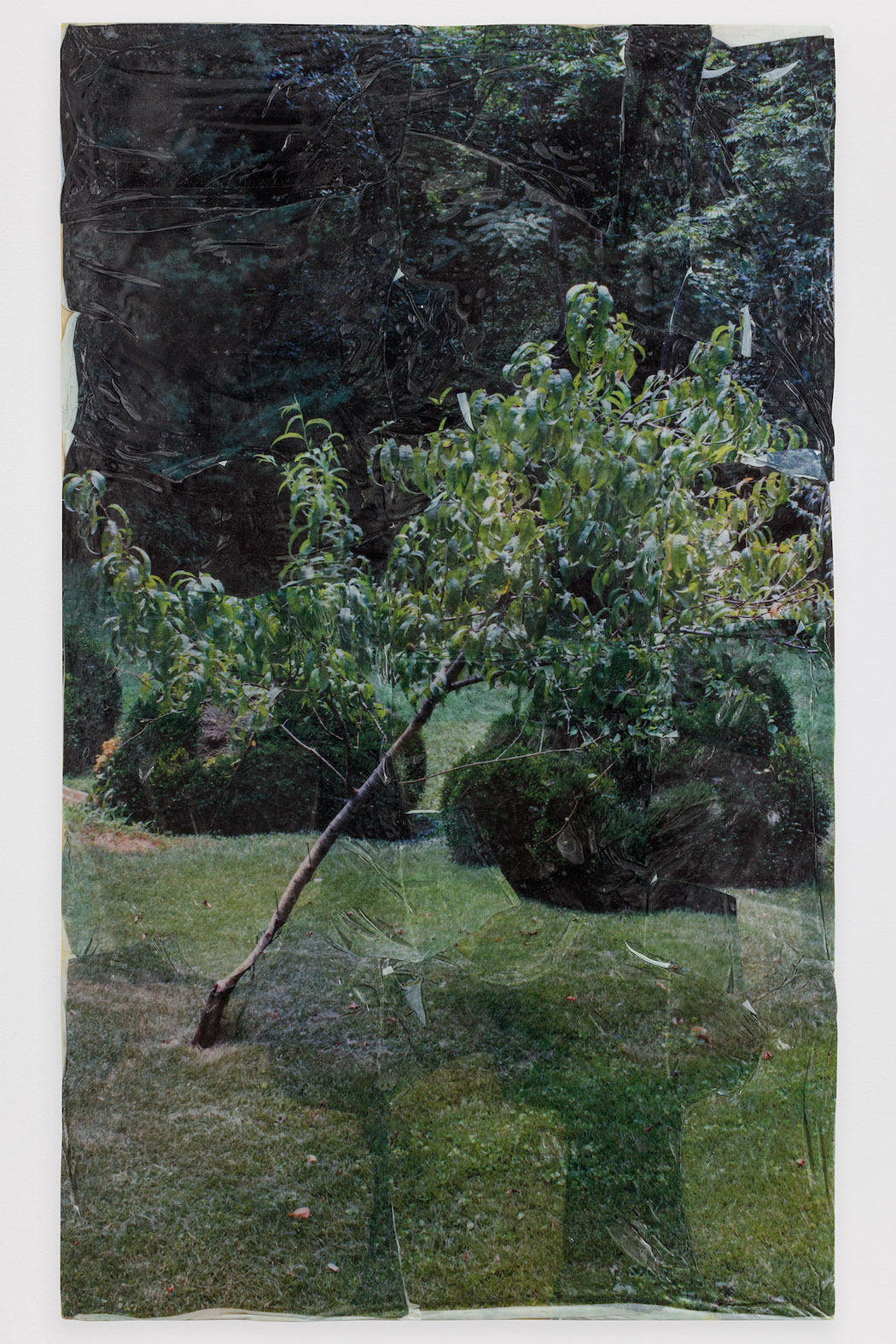 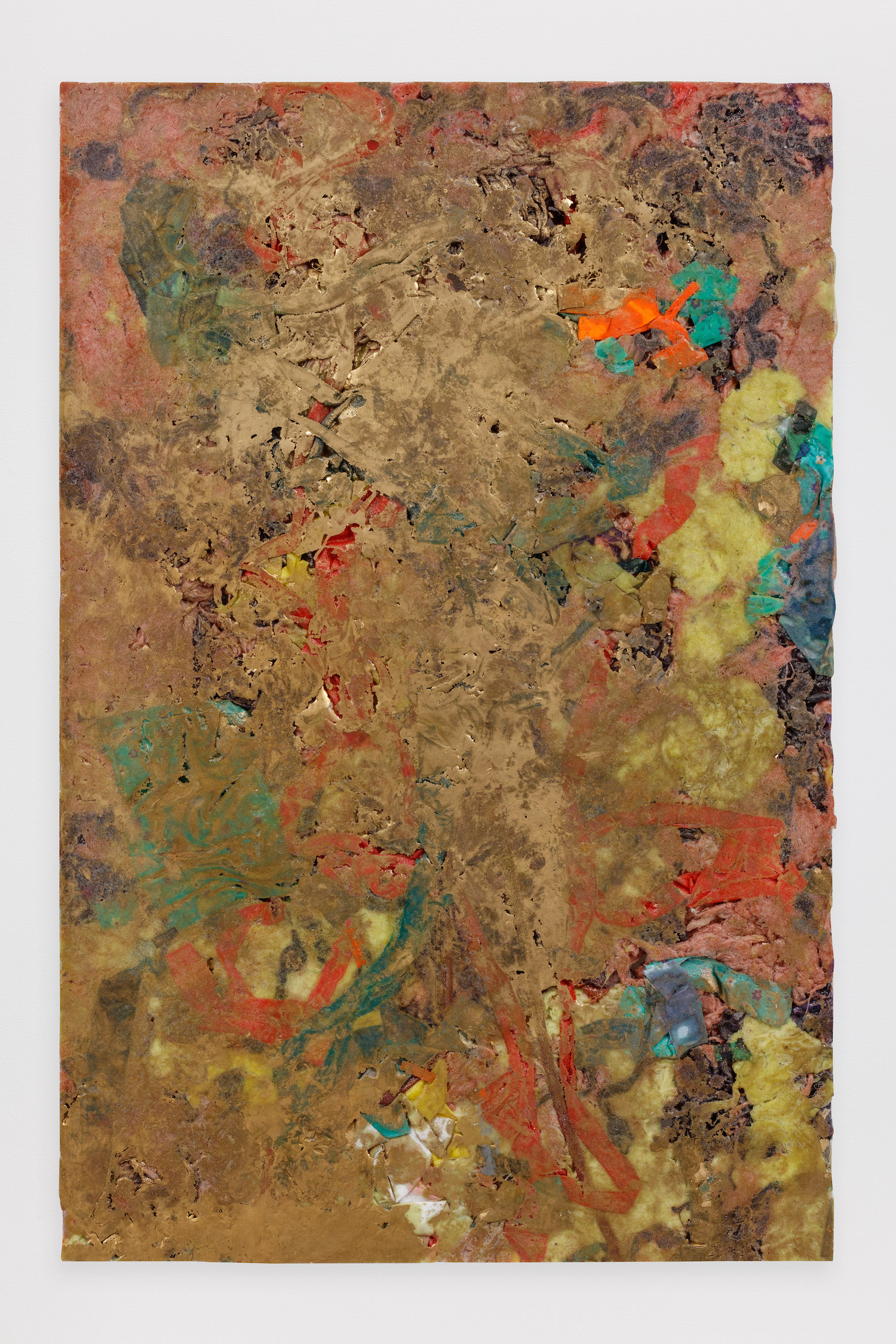 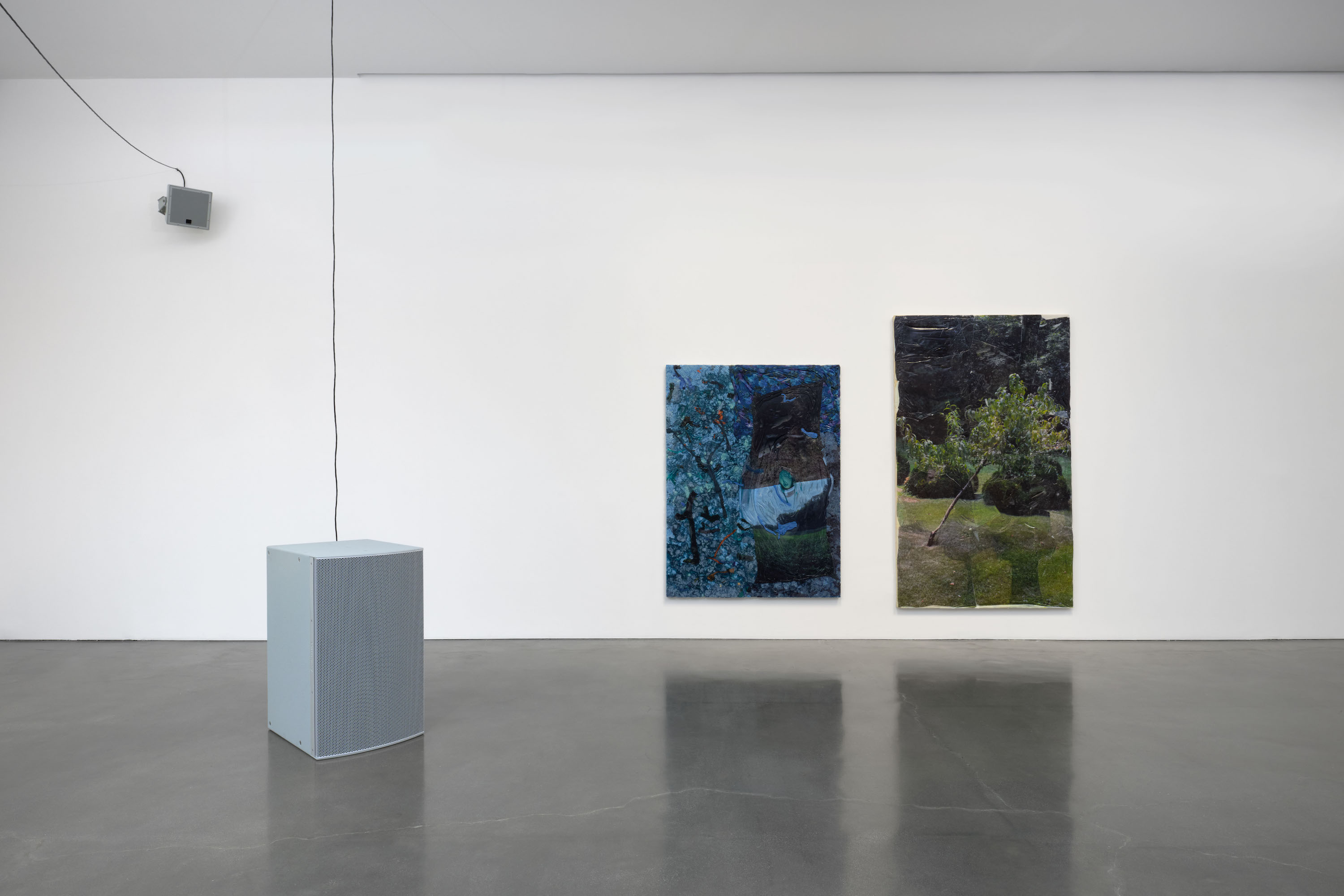 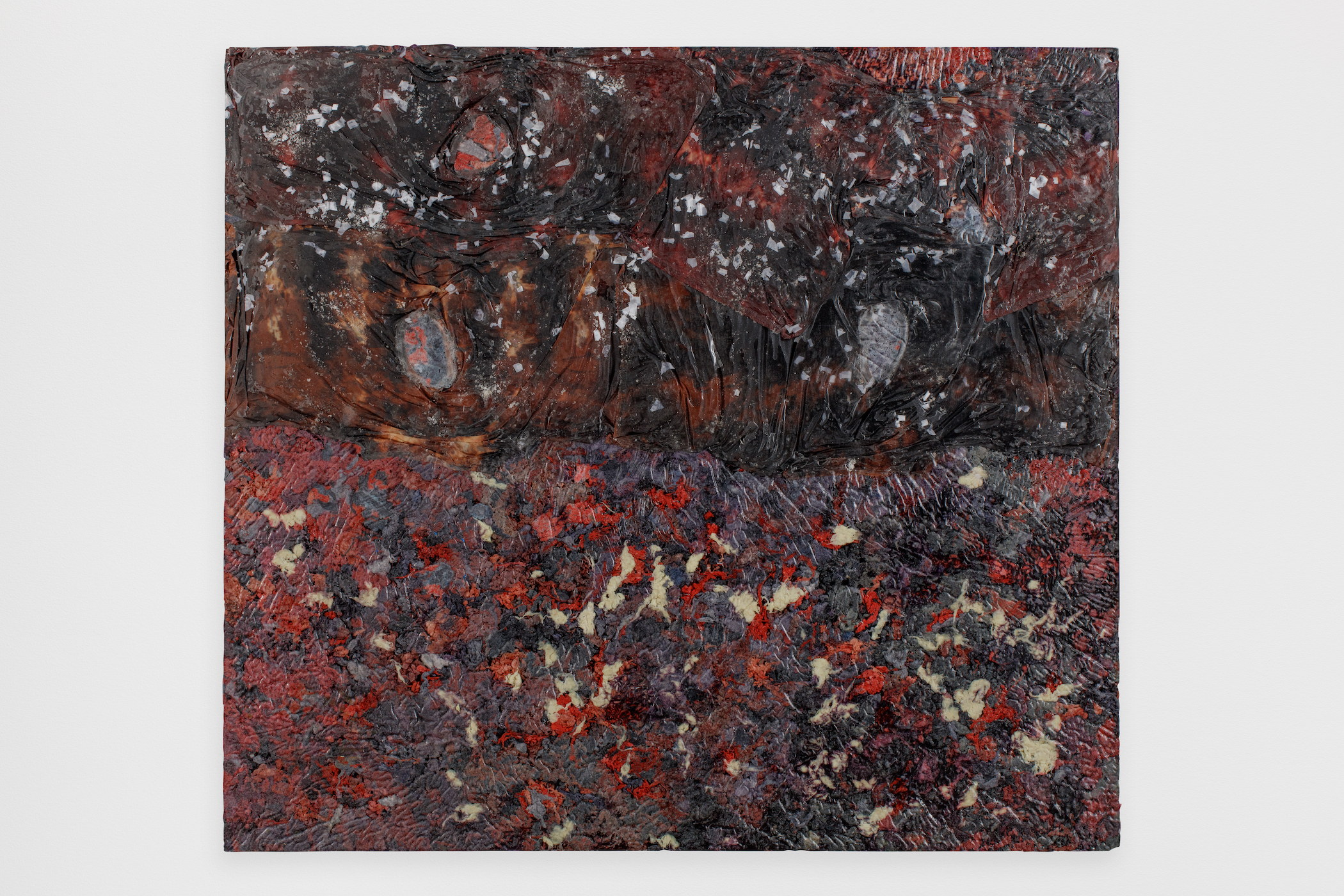