The Devil and the Joker don’t play cards

It’s 3:00 AM in a club of a European city: Berlin, Paris, Porto... There are red and blue neon lights, a short and wavy glass bar, chairs and tables made of clear methacrylate. In the background, an oval room is surrounded by mirrors. A minimal, cold techno plays: slightly ascending, monotonous and vibrant. People dance to the rhythm of the music. It is a small club with a dark green carpeted floor. On a glass shelf, between bottles of vodka and tequila, a red neon sign reads: “PAN.”

At the end of the bar, sitting on a stool and almost touching the wall, a toad-faced humanoid scratches his ear with a long, thick fingernail. He is wearing a pink silk suit, a purple shirt, and a pair of velvety leather orange shoes that contrast with his moist yellow skin. The Devil takes a sip from the Bloody Mary in front of him, pulls out a pack of cigarettes from his pocket, and lights one. Nobody in the venue feels his presence, not even the waiter. He smokes and looks disgustingly at the people dancing on the floor while he stirs the straw in the glass with his skeletal, slimy fingers. The lips of the Beast leak golden spittle that soak the cigarette filter and soften the tobacco, bit by bit. Suddenly, jumping like crazy among the small dancing group, a guy with a harlequin hat appears. The Devil is not surprised: after all, that is the Jack of all Trades, the Clown, the Jolly Joker. The harlequin gets down on all fours and starts howling. He crawls towards the Devil, who forces a knowing smile.

“Didn’t we agree on a time?” asks the Beast. “Yes, at three thirty-three, your favorite time,” the Joker replies, still on all fours. “It’s a quarter past three”. “What’s your deal with punctuality? Why do you care so much?” “I’m not particularly concerned. Let’s just say it’s something practical, a commonplace... Time is an obligation that unites us all.” “But rules are meant to be broken.” “That is also true, yes...” ”Why did you want to see me?” “Honestly, I was bored.” The Devil pokes his slim, disgusting finger in one of the black orifices on his face —an amphibious and jellylike kind of nose— and pulls out a green ball of snot. He throws it in the eyes of the waiter. The waiter begins to sneeze violently and walks out the black door behind the bar. “If I were him, I would rush to the hospital.” “Don’t worry, it will only be a minor allergy attack.” “I know you don’t call me when you’re bored. You have far more interesting friends than me. What do you want” “The music is not bad…” The Joker places a deck of cards on top of the glass bar.” “Shall we play?” “It’s not fair. You always win.” “You’re right, I even win against the Devil. But you could at least give it a try...” “Stop playing games. I wanted to ask you some questions about the art world.” “I think you’ve got the wrong guy.” The Joker howls again and rises from the ground with a nervous laughter. He takes off his hat, inserts his hand all the way, and pulls out a cocktail glass with a greenish liquid. A long white mane also comes out of the hat, and it spreads over his shoulders, at chest height. “Caruso. Wouldn’t you say it’s a lyrical name for a cocktail, Your Satanic Majesty? “Make no mistake. You may win card games, but you will never fool me.” “Touché. What do you want to know, exactly? It’s a complicated topic... although deep down, it is very simple.” “I need money, and it strikes me that maybe I could win some with this...” “With art?” “It seems like a fruitful investment.” “It could also be fun… if you don’t take it too seriously.” “Don’t sweat it. As the hairy man said: we’re only in it for the money.” “Good point.” “I’ve heard that you have advised a few, and they have succeeded.” 3 “Not to brag, but, indeed... you’re right. Without my help, Duchamp, Hockney, or Fischli & Weiss would’ve ended up selling pencils in some old tobacco shop.” “Who are they?” “Outcasts.” “What would you recommend I start with?” “In your case, the hardest thing is already done. You have to create an image, a character, a brand.” “My aura precedes me.” “That is not enough. You must be different, original.” “I am Lucifer, Satan, Mephistopheles... Evil incarnate.” The Devil takes a long sip of his Bloody Mary. “Another piece of advice: never tell the truth”, continues the Joker. “Fool everyone, and above all, fool yourself. This is the key to success in the art world. You have to fool yourself so deeply, so sincerely, that in the end, you can’t distinguish truth from falsehood. Once you believe your own deception, you will succeed.” “What about the technique?” “Another trickery. The best spend half their lives learning the technique and the other half unlearning it. Start directly at the end: forget about technique. Find a gesture that makes you unique and repeat it until you disappear in it.” “Disappearing is one of my best skills. Three, two, one... and I vanish. Anything else?” “Pretend you know what you’re talking about, even if you have no idea. Speak with conviction. And let your intuition guide you. Dare to contradict yourself. Treat anyone who accuses you of being an impostor as ignorant.” “I am the spirit of contradiction...” “As you already know, there are multiple dimensions. In one, we are comedians; in another, visionaries. Inconstancy is our principle. Nothing is essential; everything happens at once.” “I have to admit you’re a good advisor.” “But advice is not free, Your Majesty. After the fifth one, you must pay.” “Maybe you could be my manager... we’ll split 50-50.” The Joker raises the glass and looks at the Beast through the green liquid. “I don’t work with apprentices. It’s too risky. I hope you understand... Maybe later, after you prove profitable.” The Devil smiles with his shiny black eyes. “I might be too expensive then.” “We’ll see about that. This is my last piece of advice for the night: in art, luck matters more than aura. Look, it’s already three thirty–three...” The Devil inspects the dance floor with his eyes. A girl falls to the ground, her mouth fills with foam and her legs shake by a strong convulsion. “What are you working on now?” asks the Beast. “I signed a couple of kids a couple of days ago... one Catalan and one Portuguese. They have an opening next week”. The girl’s sneakers start to burn. In a matter of seconds, the feet of the entire crowd catch fire. Tons of feet dance and spit flames. “I think we’ll work together for a while”, says the Joker, and gulps down the last drops of his Caruso. 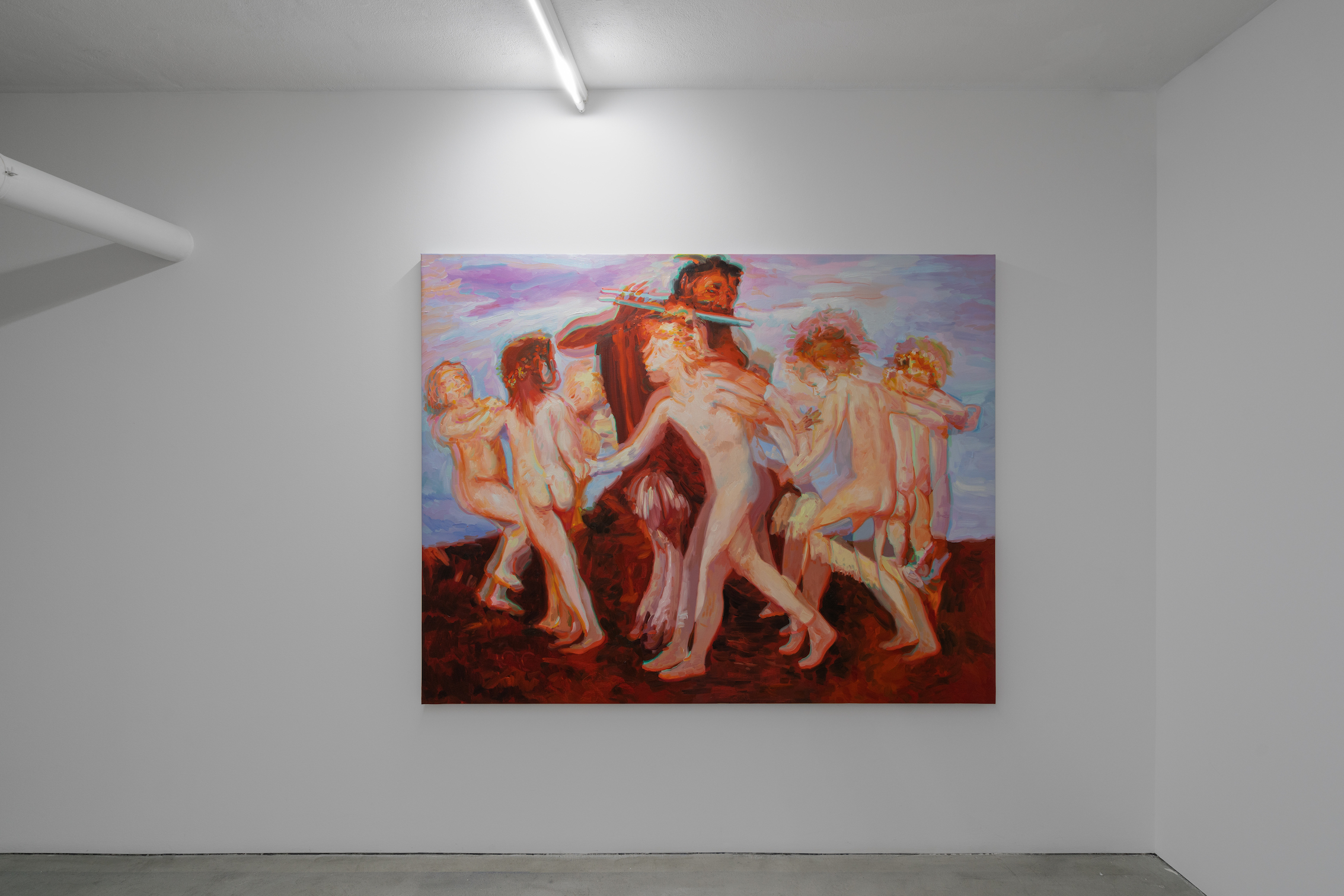 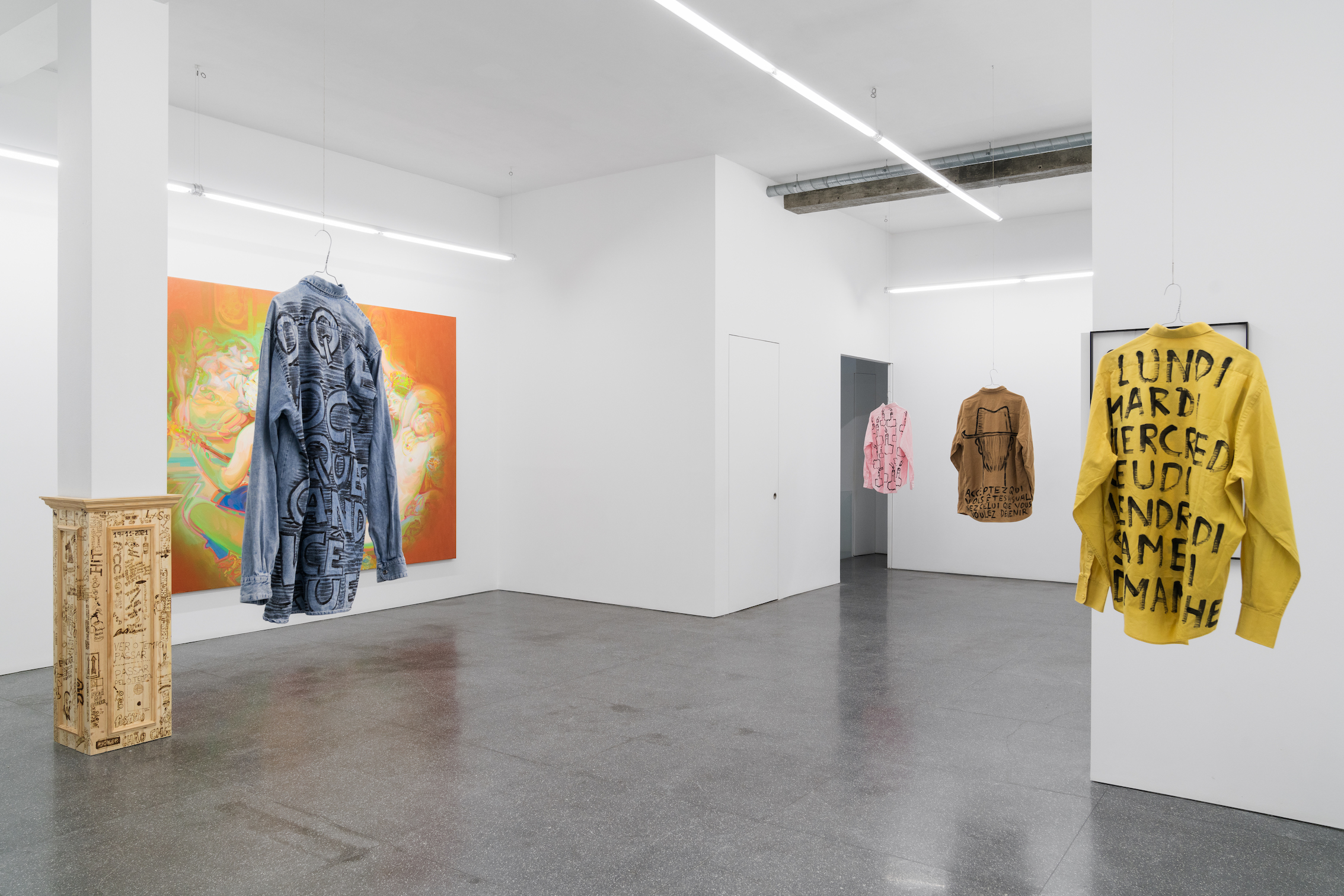 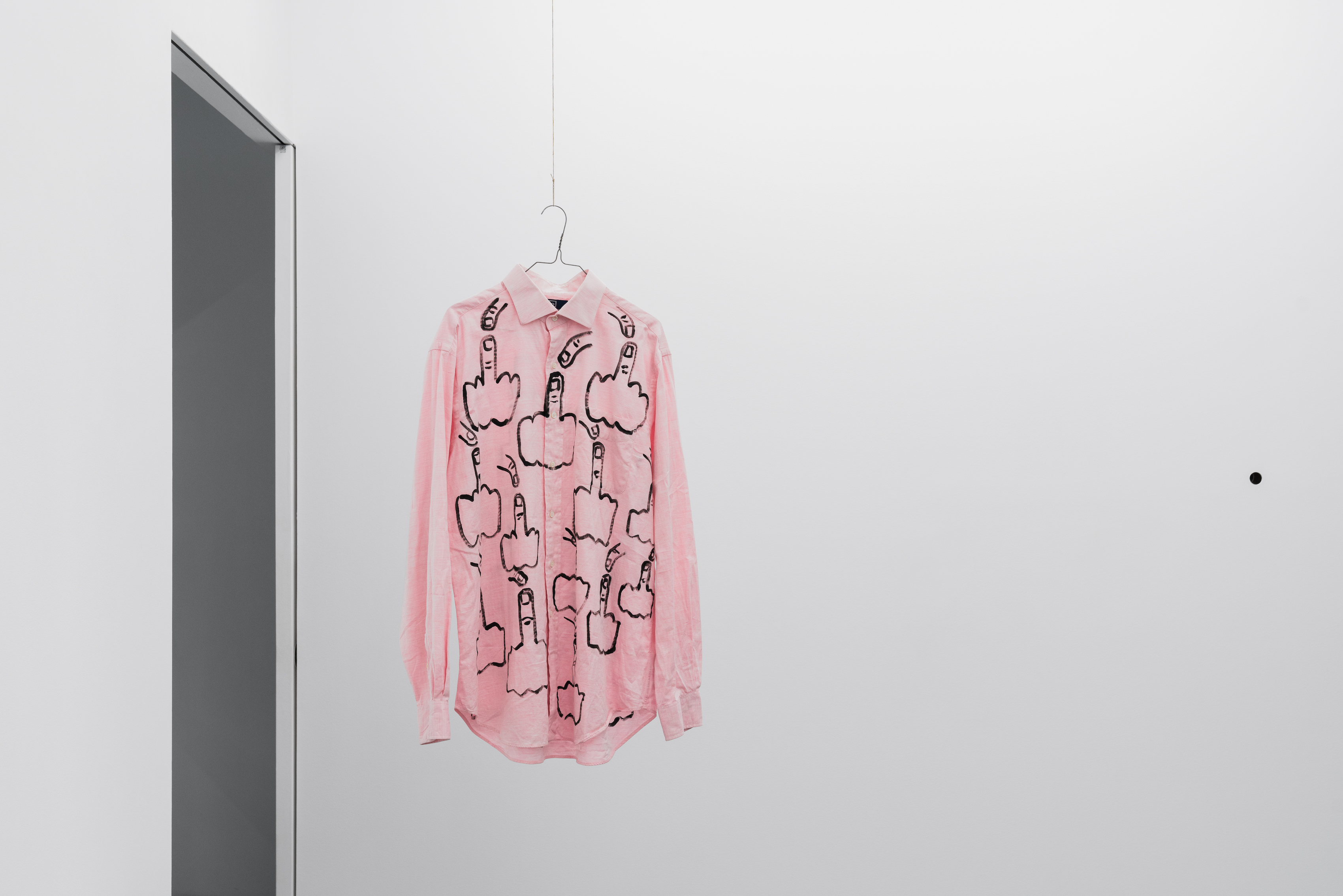 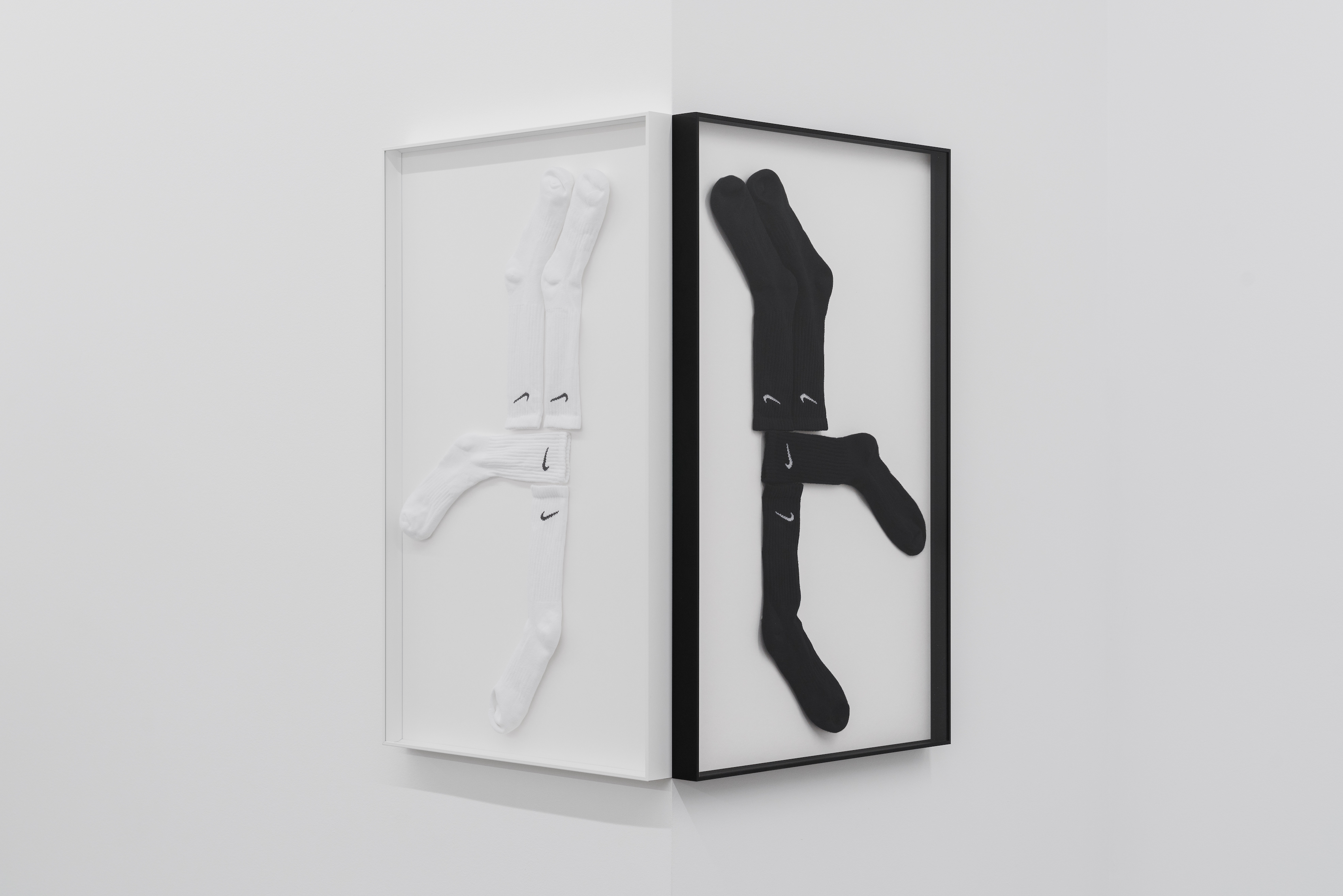 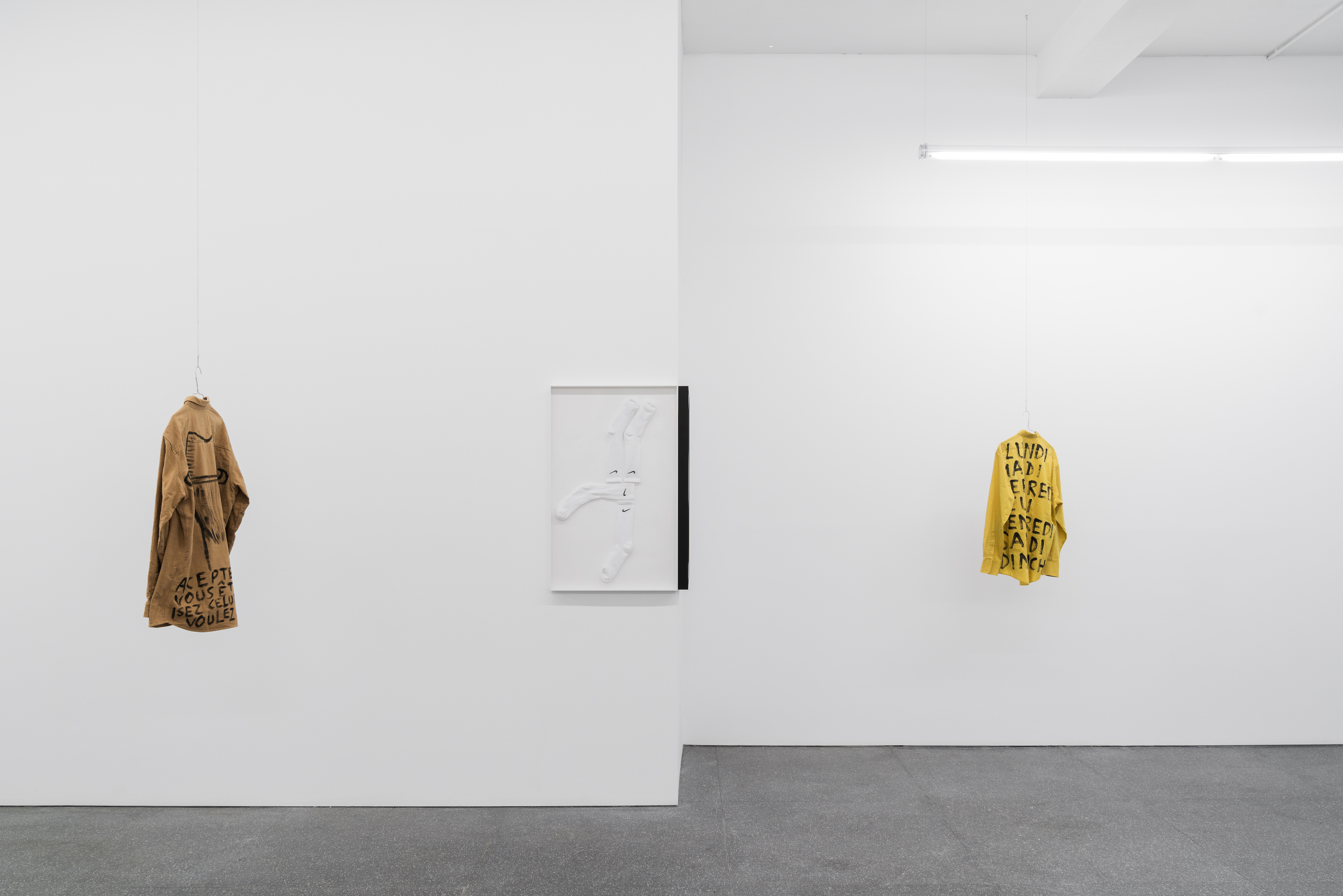 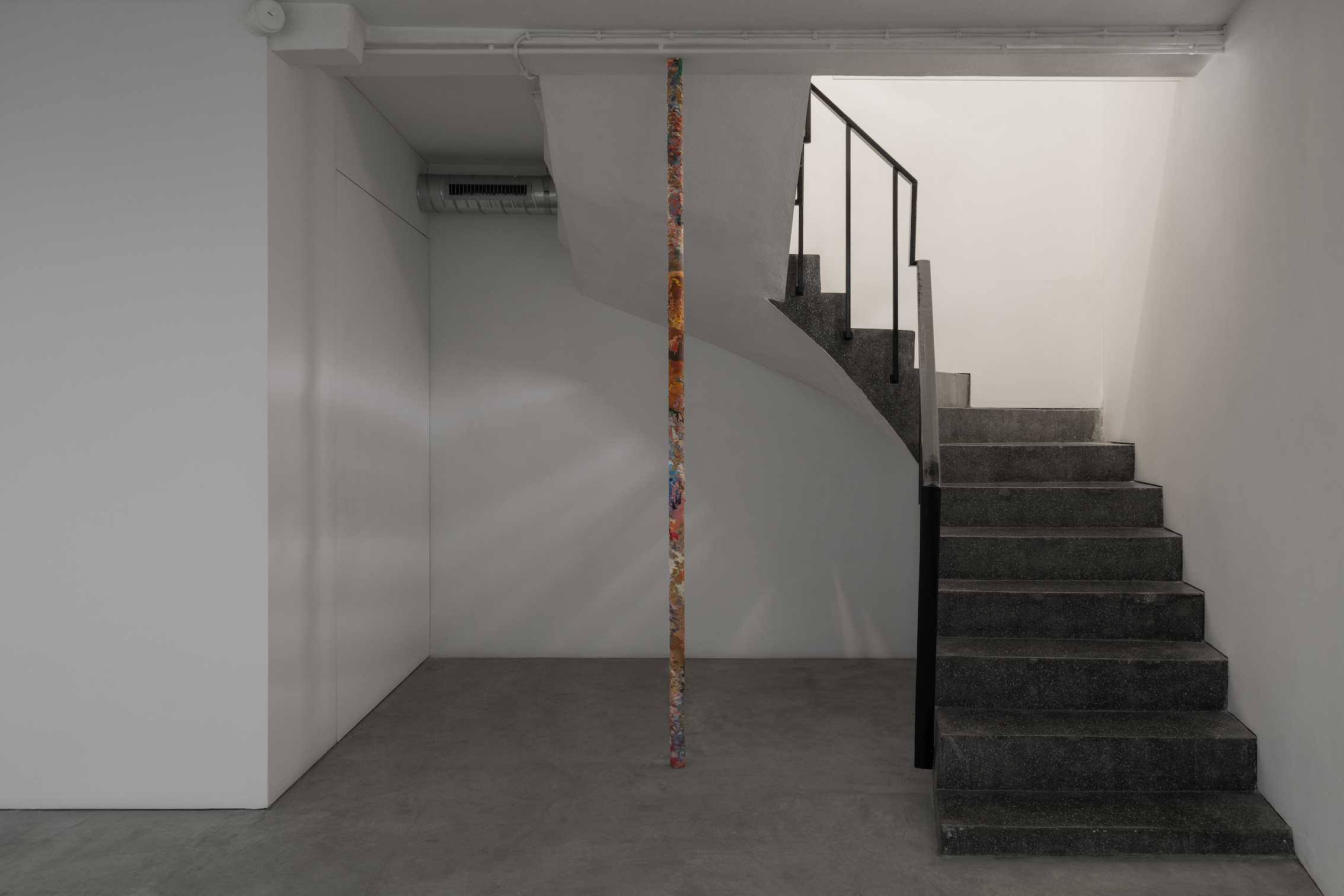 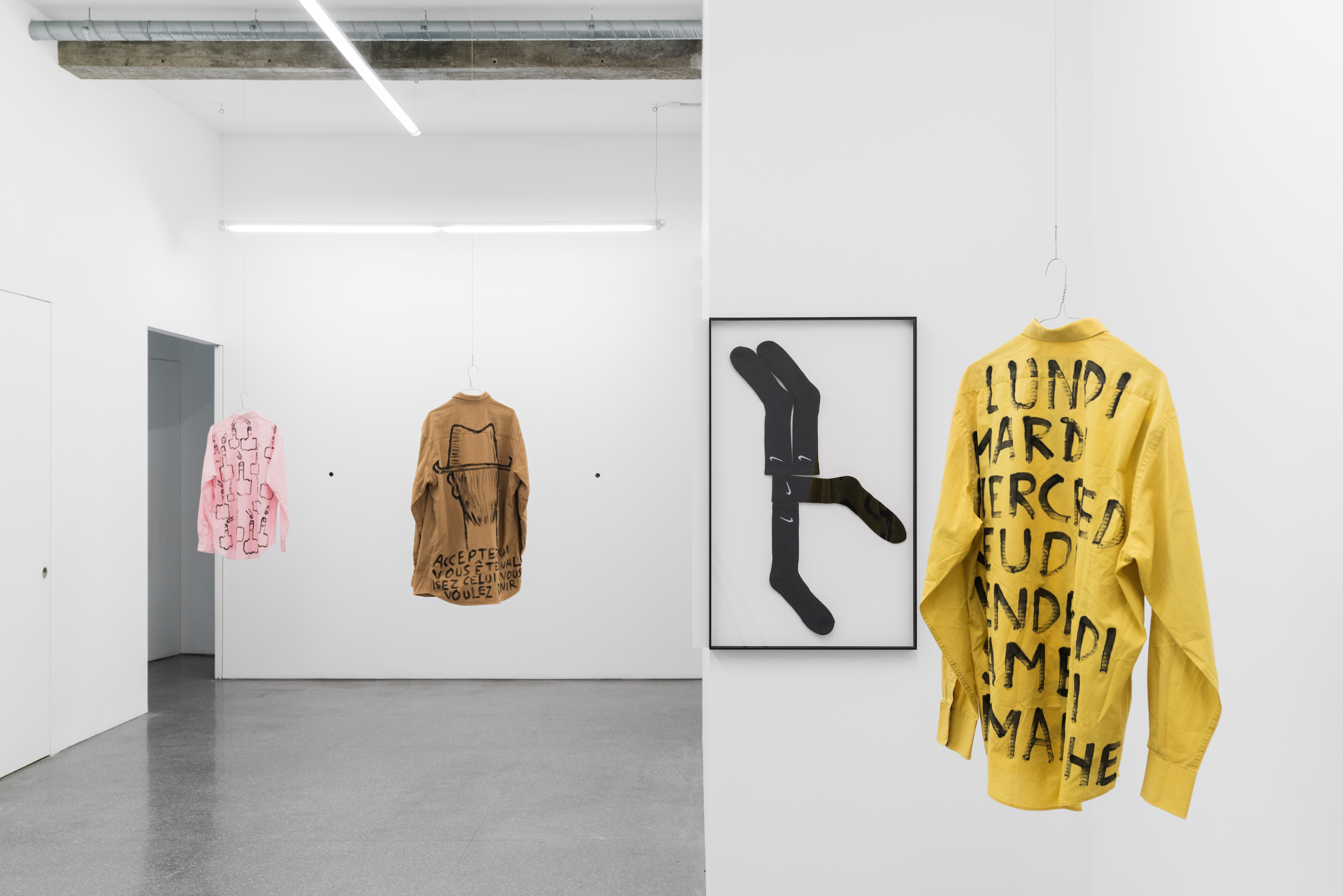 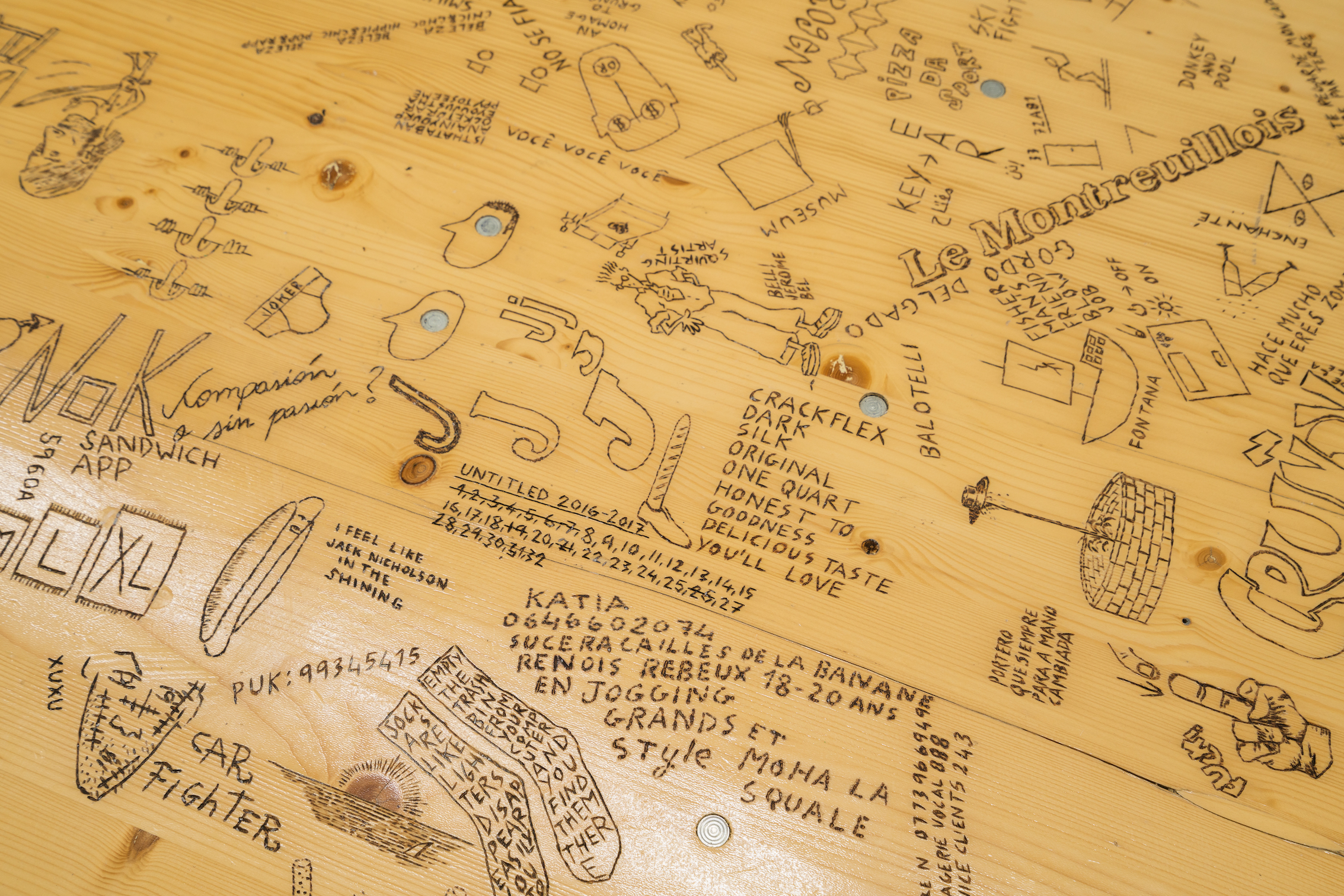