Almine Rech-Brussels is pleased to present “Antoni Tàpies”, a museum-quality selection of22 paintings, created by Antoni Tàpies (1923-2012) during his last two decades. Indeed,over half of the works on view have been featured in museum and gallery exhibitions, andmost are documented in related publications. This is his first solo exhibition in Belgiumsince 1985, when the Musée d’Art Moderne, Bruxelles (now Musée Modern Museum)organized a survey. This exhibition marks the co-representation of the Estate of AntoniTàpies.

In 1955, Tàpies started working in a 15th Century farmhouse in the MontsenyMountains, 50km north of Barcelona. This building’s thick, deteriorating walls likelyinspired him to rough up his canvases, treating them more like walls to be graffitied,stained, scarred, nicked, and patched. He presented his first “wall paintings” at the 1956Biennale di Venezia. From then on, many of his paintings resembled walls. After all, Tapiais Spanish for wall. Because of his thick impasto paintings that sometimes featureamorphous blobs, most historians tie his oeuvre to Tachisme, or Art Informel. Others findhis linguistic system’s inscrutability indicative of surrealist l’écriture automatique. Just asWillem de Kooning’s “late” paintings from the 1980s shined a light onto his oeuvre,Tàpies’ “late” paintings provide new insights, as this exhibition makes patently clear. Incontrast to earlier impastoed surfaces that bar access, his “late” paintings exhibit a decidedlylighter touch, indicative of his artistic and spiritual struggle to wriggle free from matter.

Artist and author Sir Roland Penrose concluded that the “ultimate purpose [of Tàpies’]art is transcendental,” that is to “shock [the viewer] in order to rescue him from themadness of inauthenticity and to lead him into self-discovery.” Although Penrose neverexplained his use of “transcendental,” Tàpies’ late paintings appeal to values espoused bymid-19th Century New England transcendentalists, who advocated personal freedom andthe role of subjective intuition to counter objective empiricism and skepticism. Like theearlier transcendentalists, Tàpies studied Eastern religions, was not a dualist, revered nature,and appreciated science. Consider paintings like Sadharma-Pundarika, whose titlereferences the most famous Mahāyāna sutrā (Buddhist scriptures relayed by monks) andDharmakaya (both on view here), which the Dalai Lama defines as the space of emptiness,where matter dissolves.

Although no books by Thoreau or Emerson are listed in Tapies’ library catalogue, thereare enough parallels to call him a “contemporary transcendentalist,” who felt (like them)that much of reality remains hidden, inaccessible to human beings. And what better way todepict transcendence than to display ineffable symbols or to adhere odd objects, thuscapturing the mystery of everyday castaways, such as Collage de la fusta, Claus i corda,Cistella i 3, and Portes cobertes. French art critic Michel Tapié observed, “[this] practice givestension to the dialogue, always of the highest quality because of the very acceptance of thesecret as a secret, a generator of the most effective structures of desire.”

Tàpies’ painting Esgrafiat (Catalan for “sgraffito”) suggests that he eventually grew tiredof covering everything up, and started revealing and unsealing, rather than merelyconcealing. In addition to his marking its surface with recurrent symbols like the “T” andblack Greek cross, he added three eyes with which to see more clearly and raked the sand toreveal a barely legible peace sign hovering beneath. The profile in Paisatge i tassa featureswhat look like eyes or thought bubbles, one of which reflects an overflowing cup, asentiment mirrored by the empty tin-can eyes in Sédas, which is Catalan for “thirst.”Suddenly, the envelopes in Díptic dels sobres [SM1] open up, while one imagines Matèriaocre amb X to be an oversized square envelope, sealed by several signatories. Unlike hisearlier impastoed surfaces, these paintings typically display what lies beneath, and severaleven appear lyrical. Even El Meu índex, this exhibition’s most vividly material paintingreveals more than it conceals.

This exceptional exhibition thus offers viewers the opportunity to explore firsthand 'Tàpies’ unconventional use of sgraffito, a technique traditionally associated with plasterwalls and ceramics, whereby plaster or slip is scratched, leaving tracks of the color of thedried under-layer. Although his approach to sgraffito is unusual in an art context, it isfamiliar to everyday activities such as scribbling on the beach, finger painting, incising softmaterials, smearing ink or smudging chalk, letting translucent fluids bleed, puncturingsurfaces, or veiling with transparent fabrics. In fact, no fewer than five paintings here exhibitsand/mud scribbles, three are awash in varnish splashes, two feature scratched clay, whileOu Blanc hosts a massive plaster egg incised with impenetrable imagery. Every paintingexhibits smears, streaks, and/or drips that set its tempo, a pause (much like a film still) in anotherwise ongoing, dynamic process.

Given this exhibition’s emphasis on lyrical marks, what Tàpies termed “meta-poetry,”this particular grouping could be said to interrogate his array of symbols and preference forgestural strokes. I imagine some viewers being tempted to decode these paintings (hisletters, numbers, and symbols resemble Rebus puzzles), yet it is actually far more rewardingto consider each one a mental springboard or ambiguous touchstone meant to trigger ideasor aid free association. Tapié remarked, “[A]s communication it is unfathomable, secretive.It is not an enigma to be unraveled, for that would mean that once solved its content wouldbe exhausted. It is a secret, existing as an end in itself, whose key is never revealed,maintaining with marvelous clarity a dynamic state of fecund freedom.”

That said, it’s worthwhile pointing out several recurring motifs visible here. M i grafismesfeatures a giant letter M, which signified the will for 13 Century Catalanmathematician/mystic Ramona Llulls, who devised ars combinatorio, a system for diviningtruth. The M reappears as a mouth (Boca I punt vermell, Paisatge i tassa and Mirall de vernís)or as mountains (Sadharma-Pundarika and Paisatge i tassa). Transcribing the texts of thefour paintings whose letters are written backwards (potentially visible in a mirror) and/orinscribed in sand or clay proves a Sisyphean task. With its twelve pieces of hand-ripped tapeconcealing varnish blobs, Colors Sublims recalls either redacted texts or what JacquesDerrida termed sous rature, whereby words are crossed out to indicate language’s inevitableinadequacy.

Tàpies rather envisioned his art facilitating “self-knowledge” by inspiring spectators tomeditate upon his paintings, which he considered magical objects, “a kind of talisman withthe power to heal by touch.” Of course, he didn’t literally imagine spectators touching hispaintings the way they might fondle a relic, rosary, or cross. However, he purposely fusedsight and touch, enabling spectators to easily imagine what it must be like to touch hispaintings’ surfaces. And this exhibition offers a wide range of surfaces to imagine touchingfrom gritty, sandy surfaces to cold metallic surfaces, 3-D forms, stitched appliqués, flowingcurtains, textured canvas, fabric swatches, varnish spills, greasy finger paints, scratchedsurfaces, crackled varnish, peeling paint, incised surfaces, woven canvases, protrudingenvelopes, clay surfaces, and plaster shapes.

Over five decades, Tàpies participated in nine Biennale di Venezia exhibitions (2005,1993, 1982, 1978, 1977, 1958, 1956, 1954, 1952); winning the Unesco Prize and DavidBright Award in 1958 and the Golden Lion for Painting in 1993, no doubt an unbeatablerecord. In 1998, Tàpies permanently installed his winning installation Rinzen (1992-1993),whose title means “sudden awakening” in Japanese, at MACBA. Not surprisingly, anothernotion of “transcendental” is “sudden illumination of the soul,” or rinzen. Llit, on viewhere, likely refers to that installation, which features a massive bed, magically suspended inspace. His art has been the subject of nearly 100 museum surveys in scores of countries onfive continents. 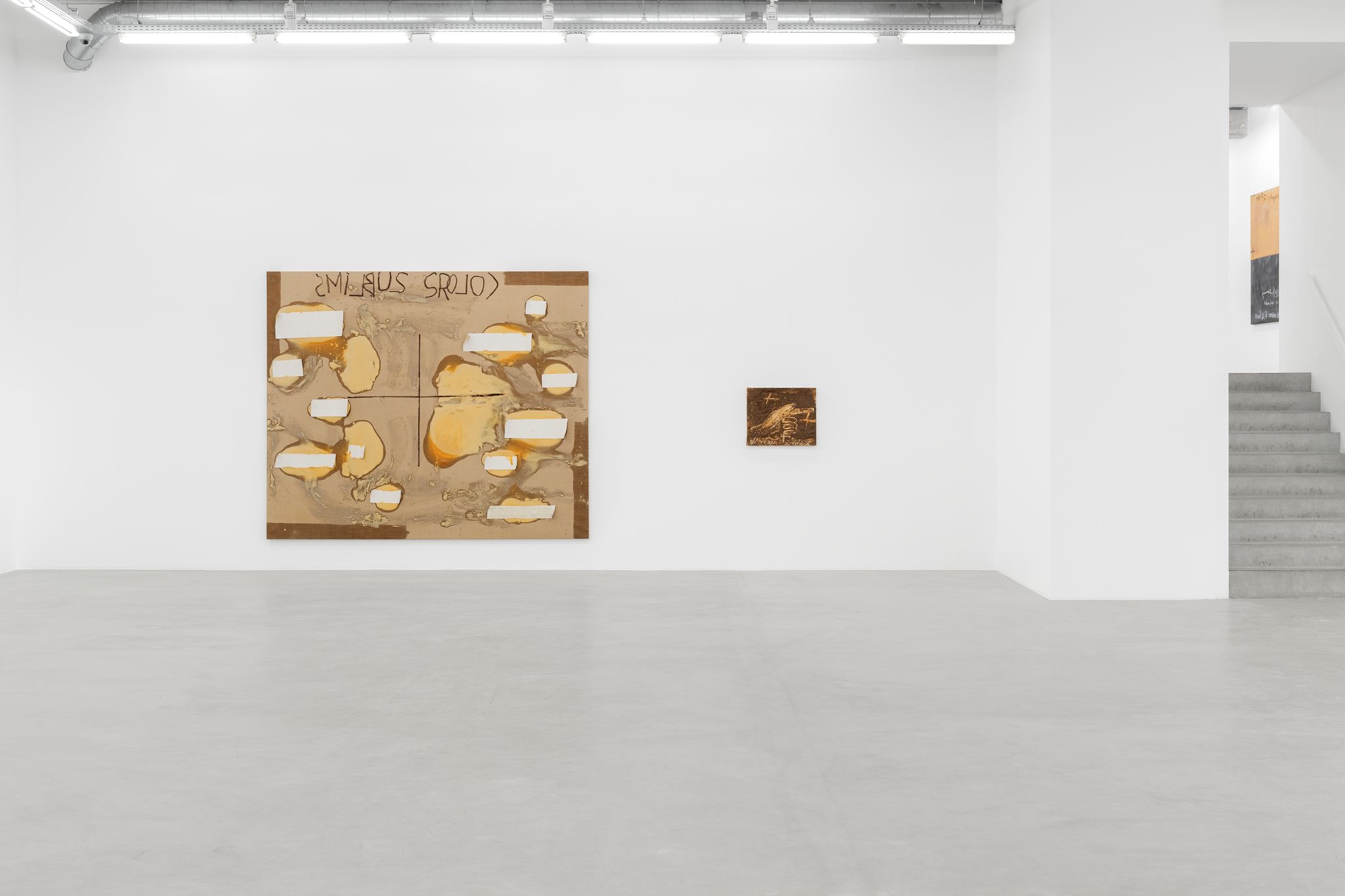 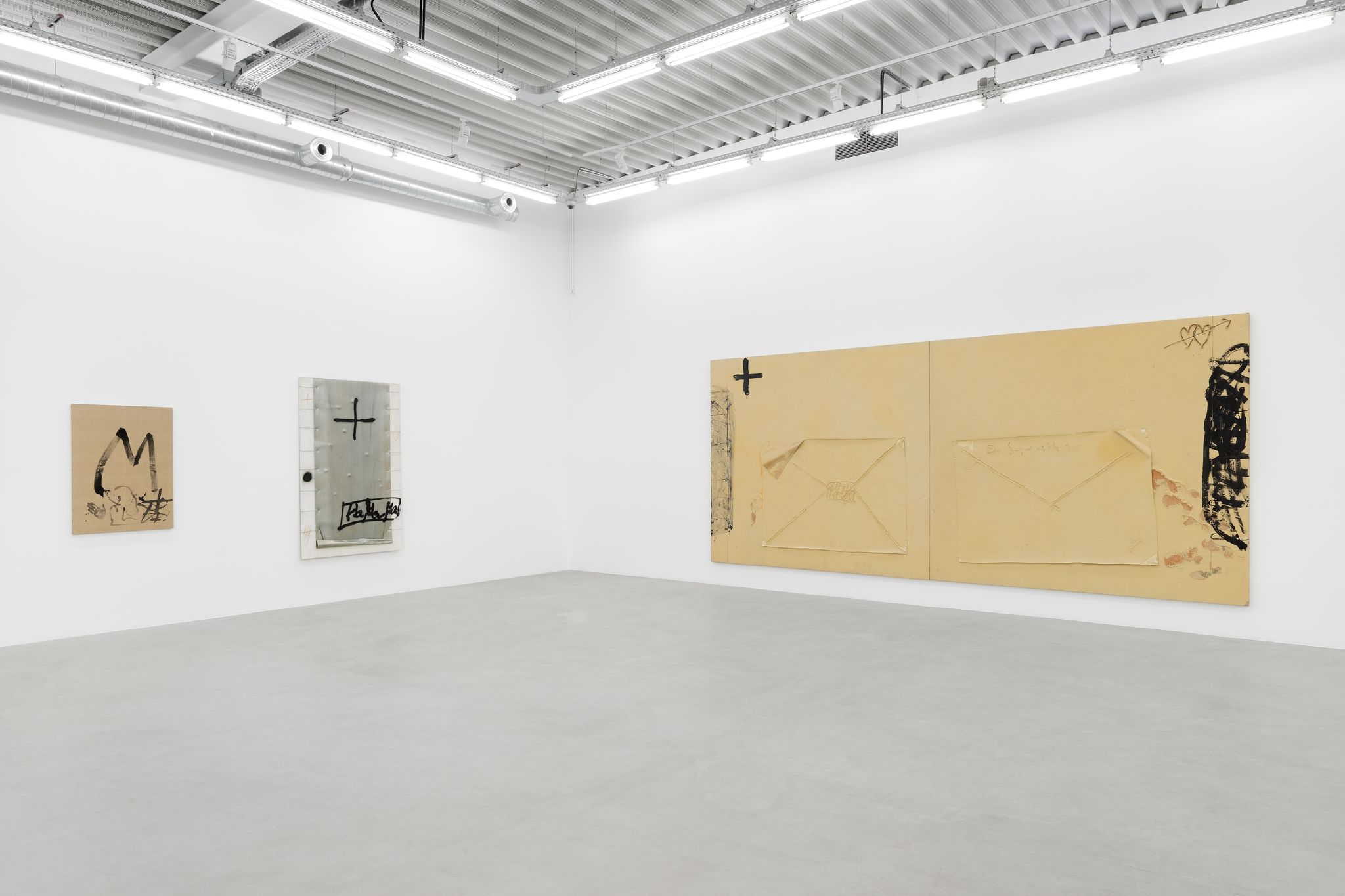 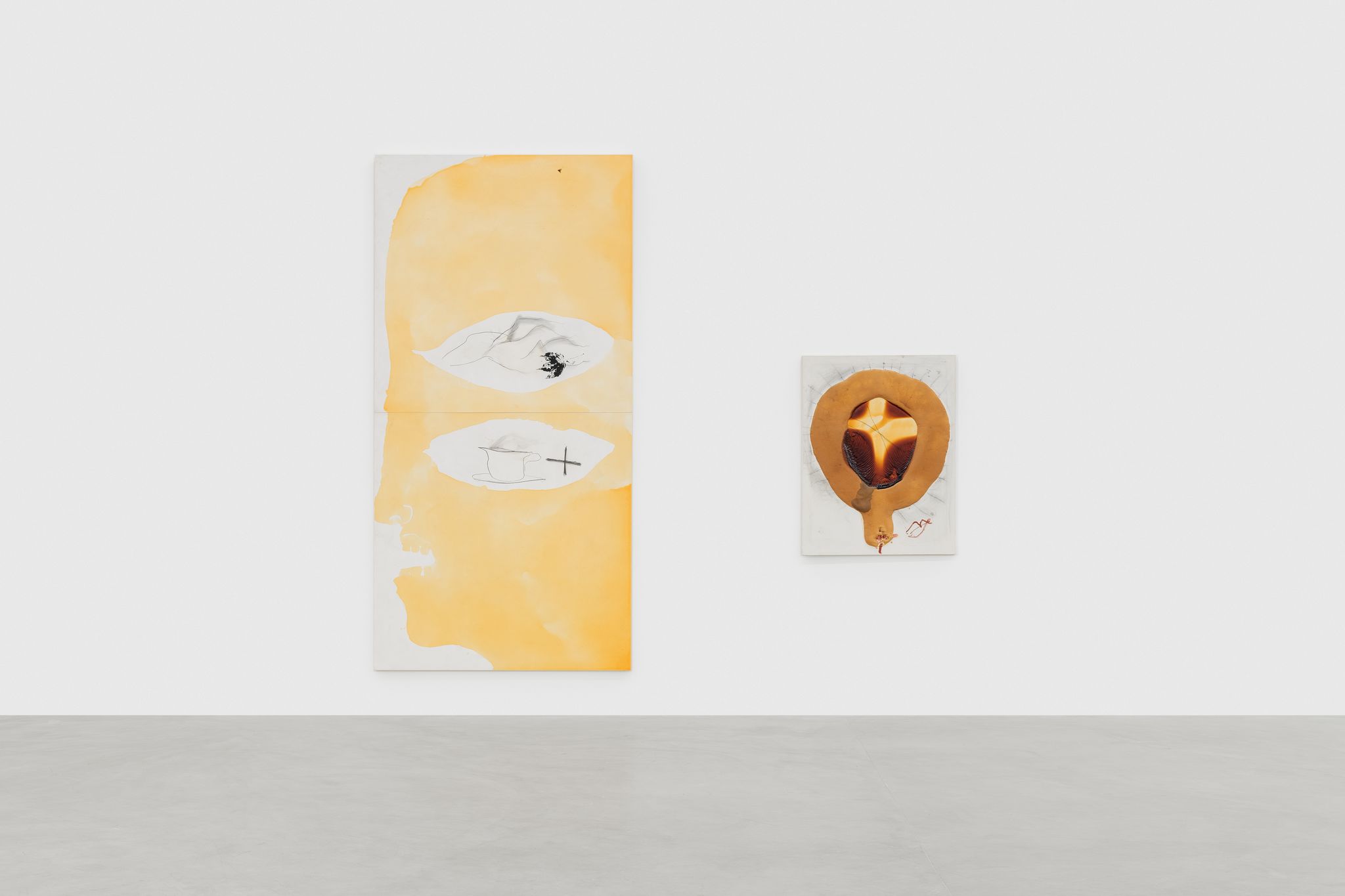 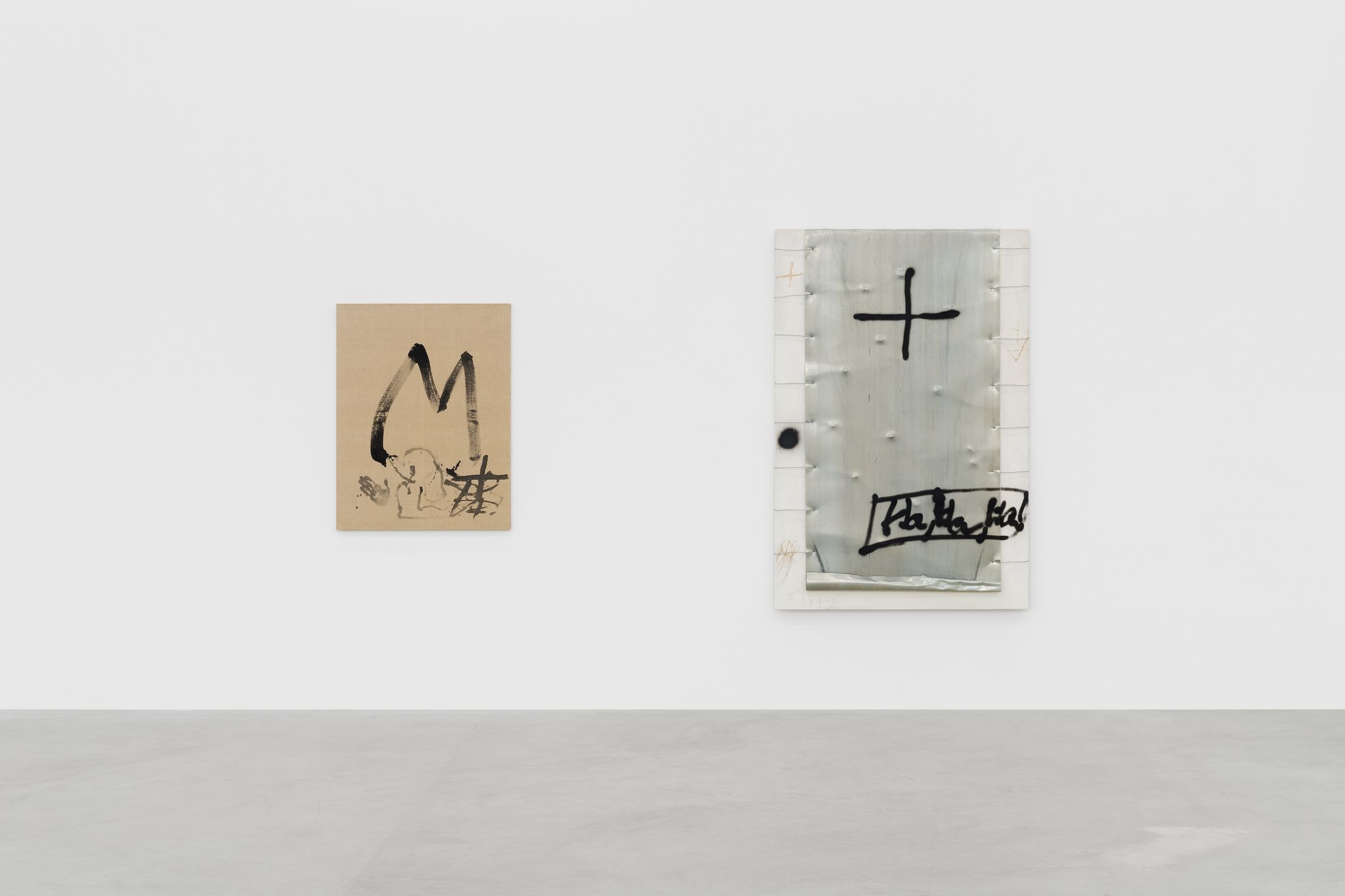 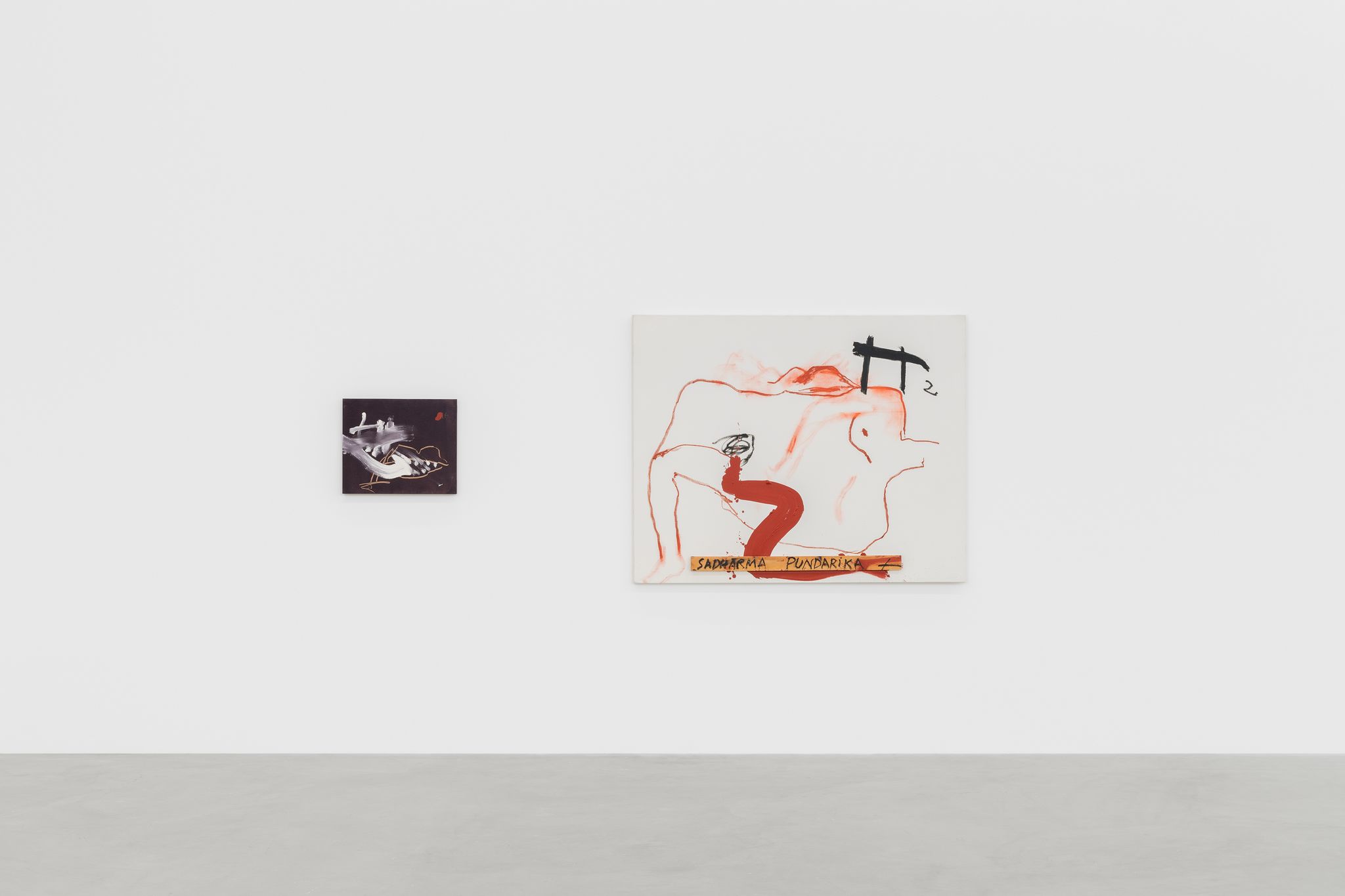