T293 is pleased to present a new solo exhibition by Isabella Ducrot, a new chapter of the Also on View project. A few months apart from “Il Miracoloso”, Ducrot’s site specific intervention at Le Scalze in Naples in which the artist showed three large pieces figuring scenes inspired by the New Testament, a new series of smaller works on paper are on view at the gallery space in Rome.

Through the use of pigments and different kinds of paper, Isabella gives shape to intertwined figures, dressed with folklorist colourful garments or nothing at all. Figuring these dressed and undressed bodies merging with one another, the artist plays with the dichotomy between what can be shown and what cannot, as well as what is considered sacred or, on the other hand, impure.

The antithesis between the divine and the mundane is central to many of the artist’s works, and the tenderness Isabella figures on these elegant compositions remains unsettled: are they a representation of sacred love or profane love? Mostly fascinated by the gestures and the particular details that bind the figures together, Ducrot is not interested in the precise meaning of these affections. The tenderness figured in her works can be carnal as well as it can be divine.

Born in Naples in 1931, Isabella Ducrot lives and works in Rome. Her artistic approach is extremely sensitive; the initial moment in the creation process of the works is tactile. Ducrot uses textiles and paper both as an artistic medium and as an artistic thread. The raw material, from which her fascination originally emanates, and its characteristics determine the motif for which it becomes an immanent carrier. The same applies to the technique with which the motif is created. Ducrot does not violate the colour of the textile or paper with her chromatic scheme; instead, she allows the material to become part of the images. In doing so, she drains the fabric of its historic content, its origins, to treat it like pure matter. She brings out the most hidden elements like structure and the relationship between colour and light.

The artist’s chosen subjects are landscapes, circles, lovers, vases and teapots. Repetition is the subject and primary theme in many of Ducrot’s artworks. In the East, repetitive elements are an end in itself, the centre of emotion. In the West, they are declared to be ‘decoration’, which is something always somewhat subordinate, framing an event or theme. In Ducrot’s work, the repetitive element becomes the object of representation, the protagonist of the image. The rhythm of life, the heartbeat, is expressed by repetitive elements, which are, not coincidentally, also musical elements. This is a celebration of virtual infinity. 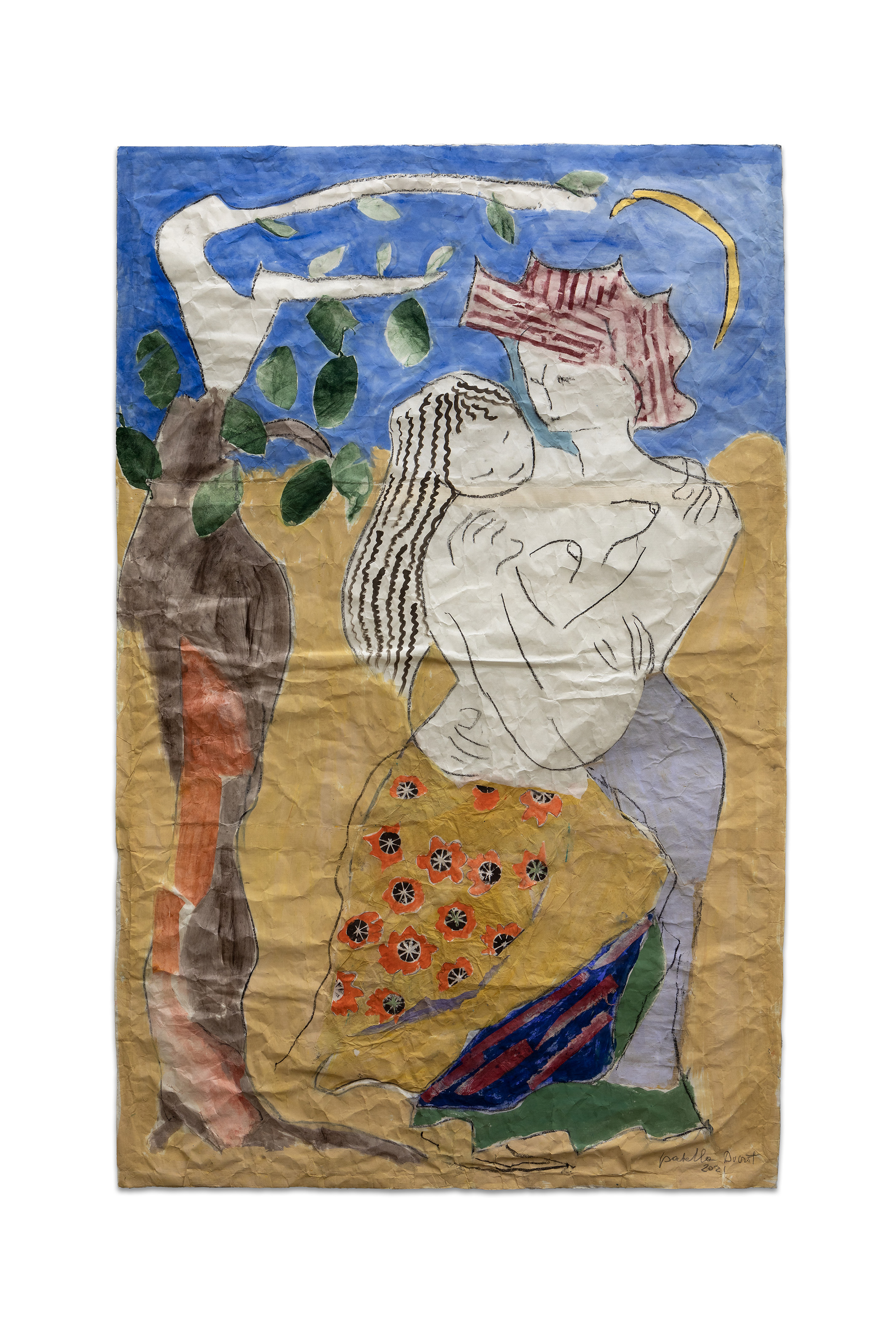 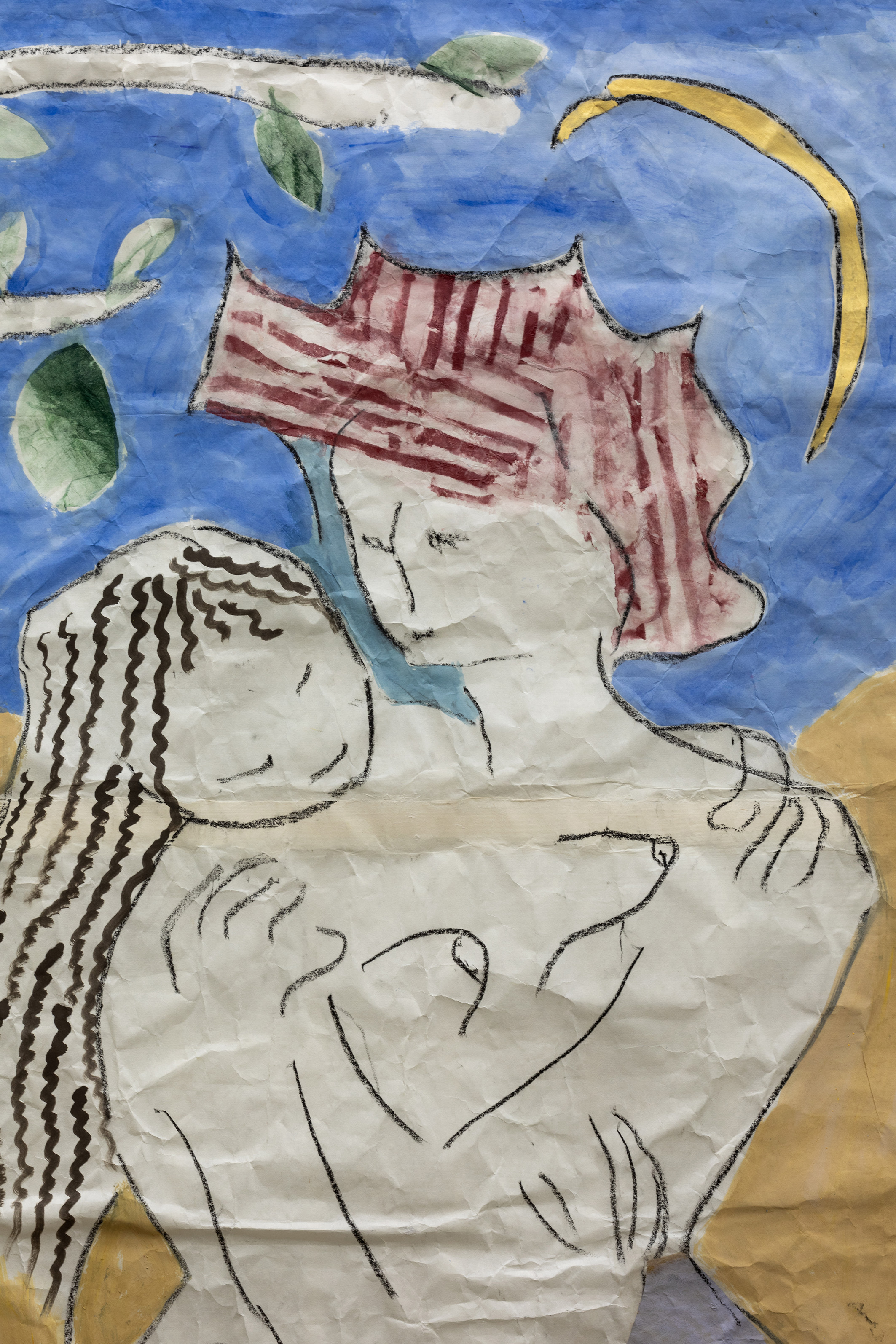 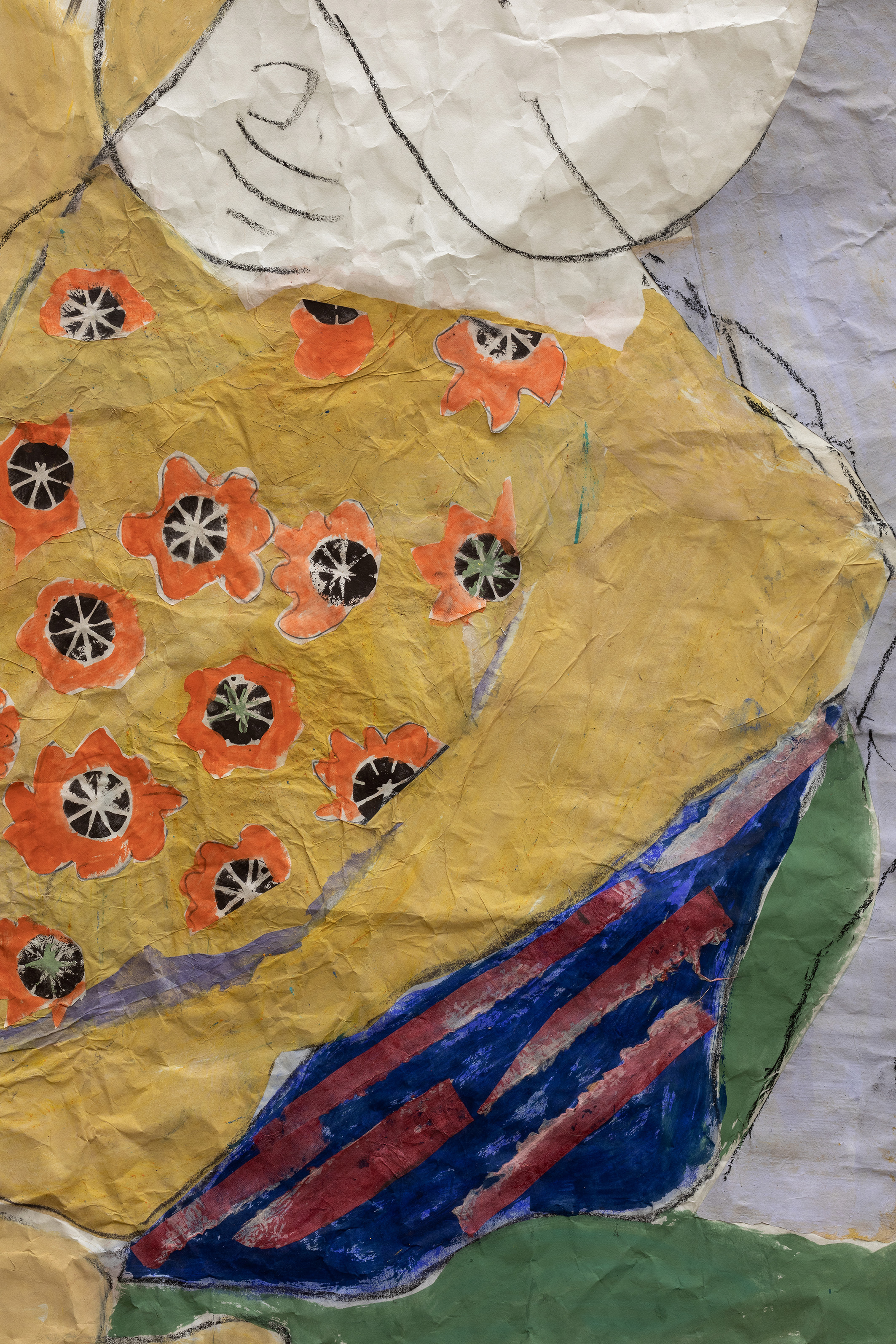 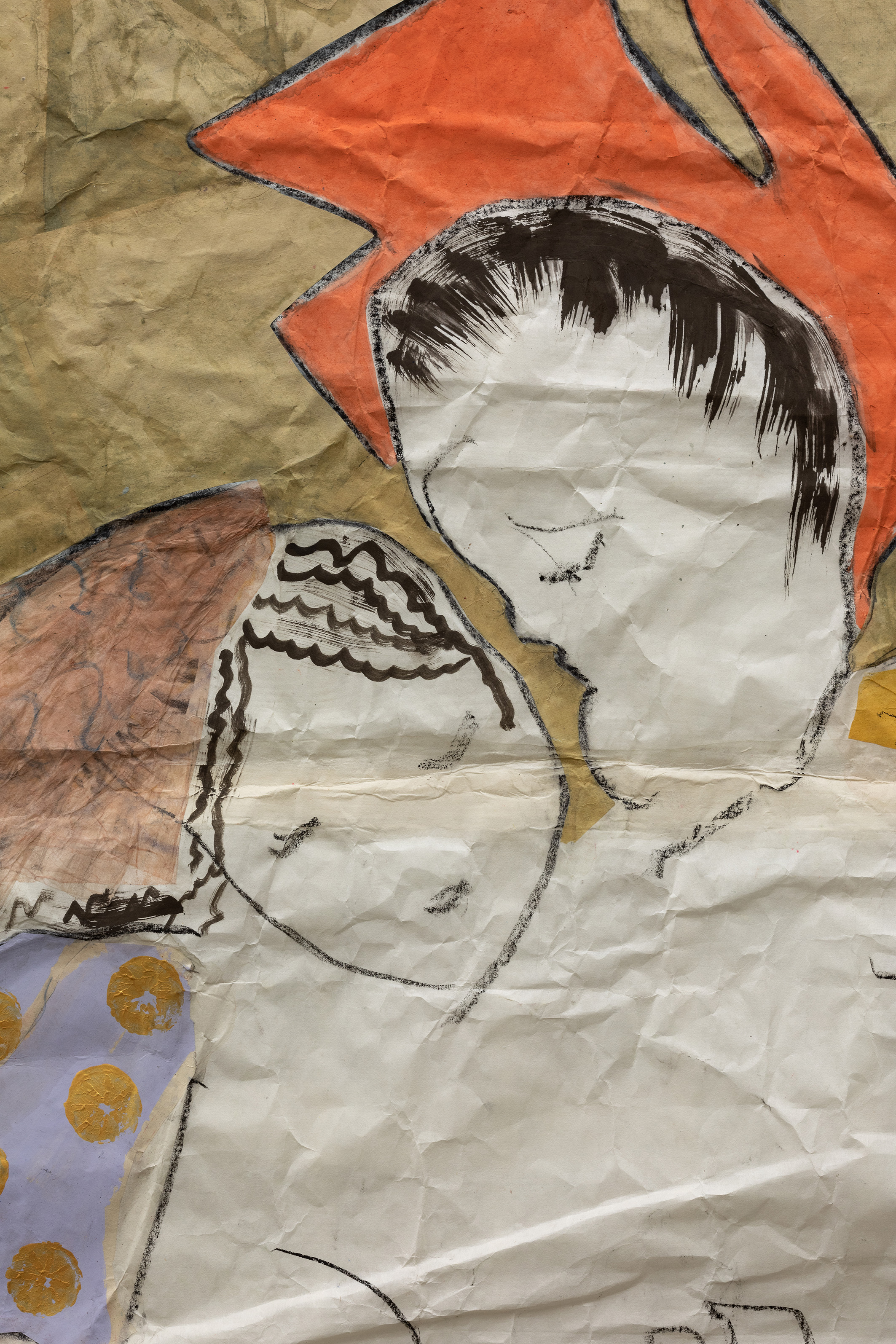 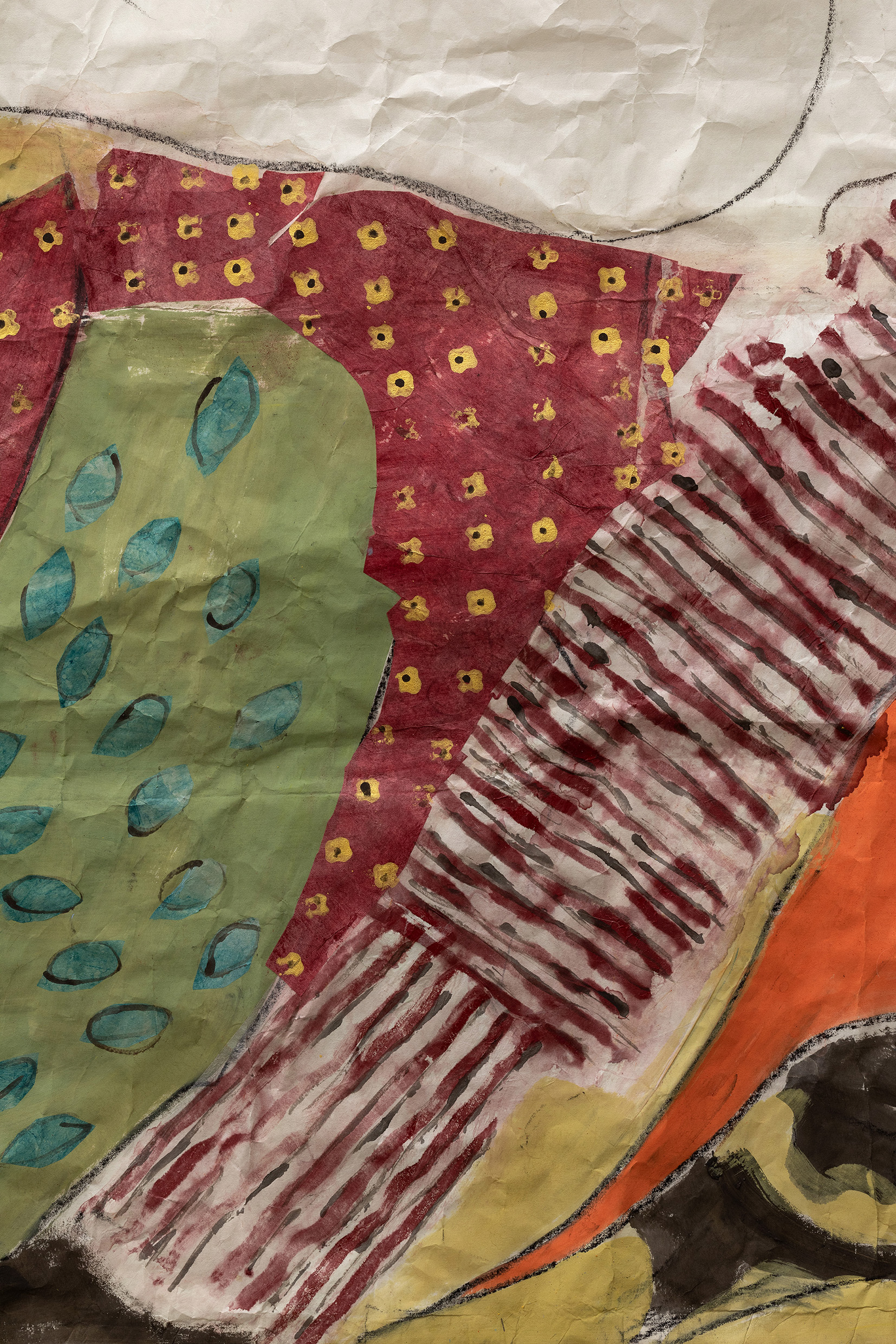 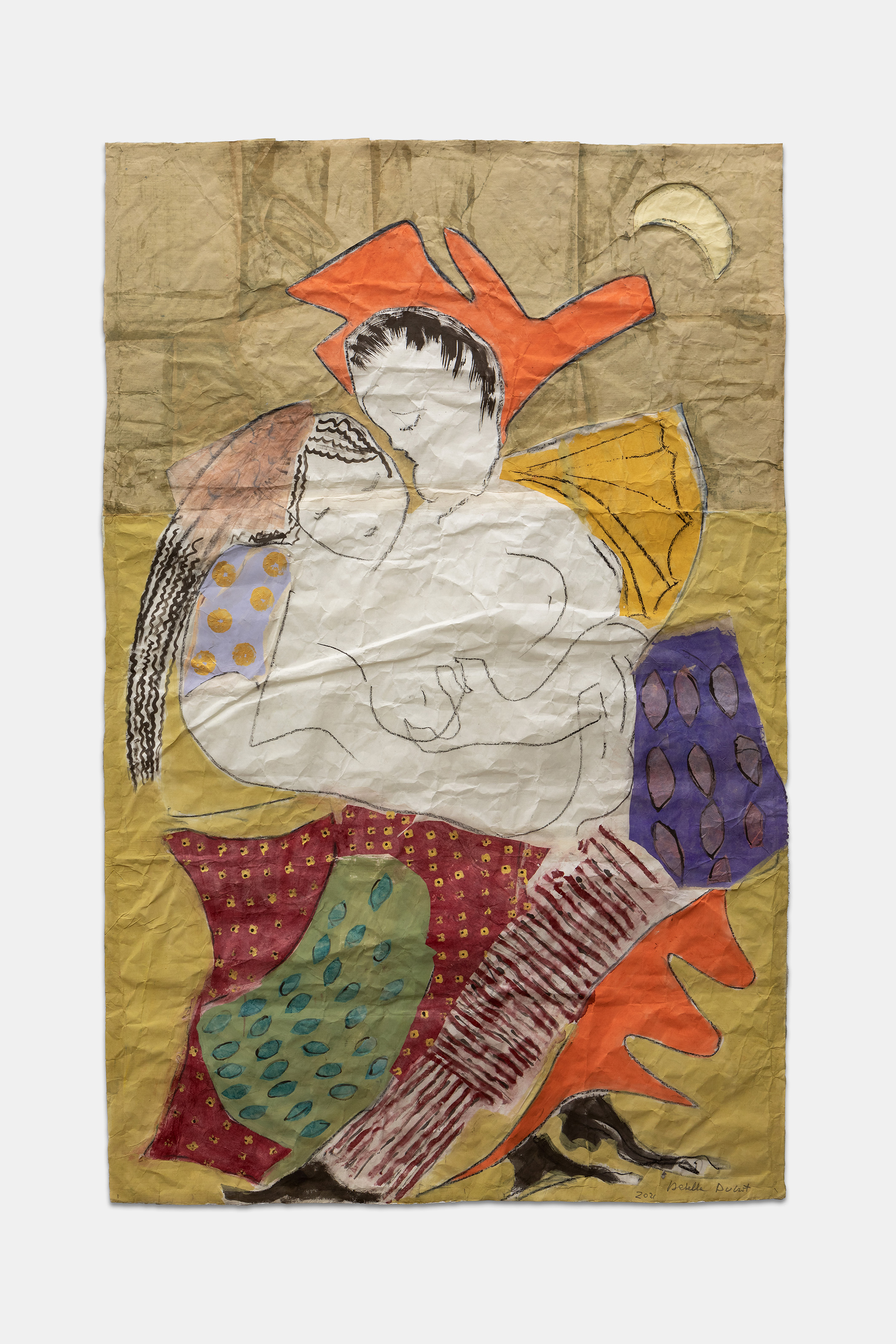 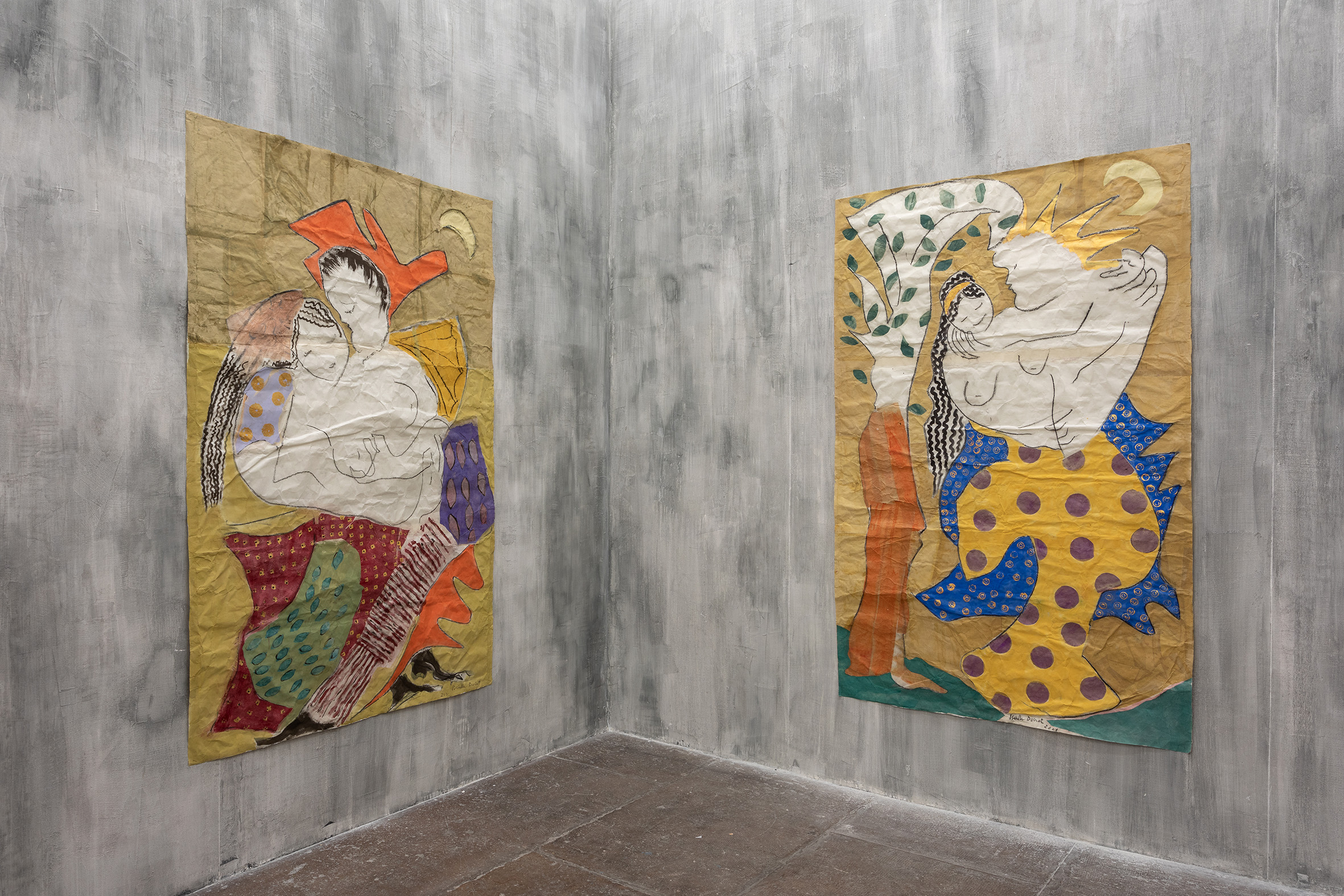 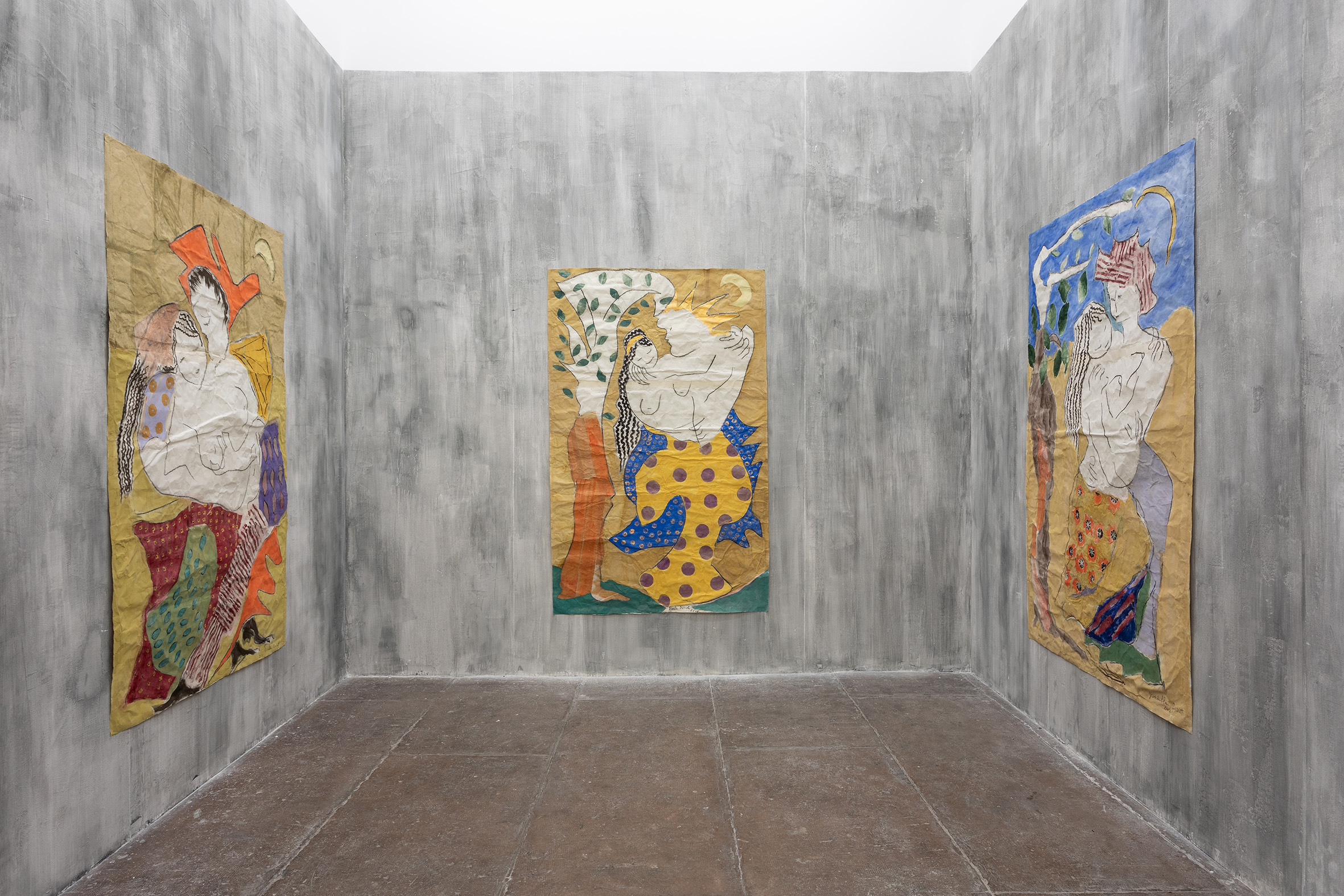