Galerie Max Hetzler is pleased to announce an exhibition with new oil paintings by Ida Ekblad.

Ida Ekblad explains that she has tried to copy in oil what she recently achieved in her signature puff and plastisol works. In oil there is another world of pigment. Ekblad uses the highest quality paint with no fillers, pure cold pressed linseed, which makes the colors extremely varied. Puff turns matte when heated and dried, but these oils are saturated and shiny, vibrant, almost freaky.

Ekblad adds that for this show she has reached back into the 80s of her childhood and tried to strike a “Vangelis chord”, a wet neon noir but without the clichés. Clouds of noble gas, laser shapes and ionized helium. She calls it a “Phildickian reality-flip”;an archive of sweet memories is everted and turned into a paranoid delirium. A crisp landscape, a plein-air TRON, translucent, fluorescent but also upside down and slippery, trippy, nauseating. Ida Ekblad tries to process these “sights” through her Scheveningen rose, cobalt violet, ruby red, and the Old Holland green, she is overdoing it, exaggerating it, “adding a sour Vermillion”. She lets the oils build up,sediment, smear and mushroom. She is “pouring out the juice, adding sauce, always more sauce”. 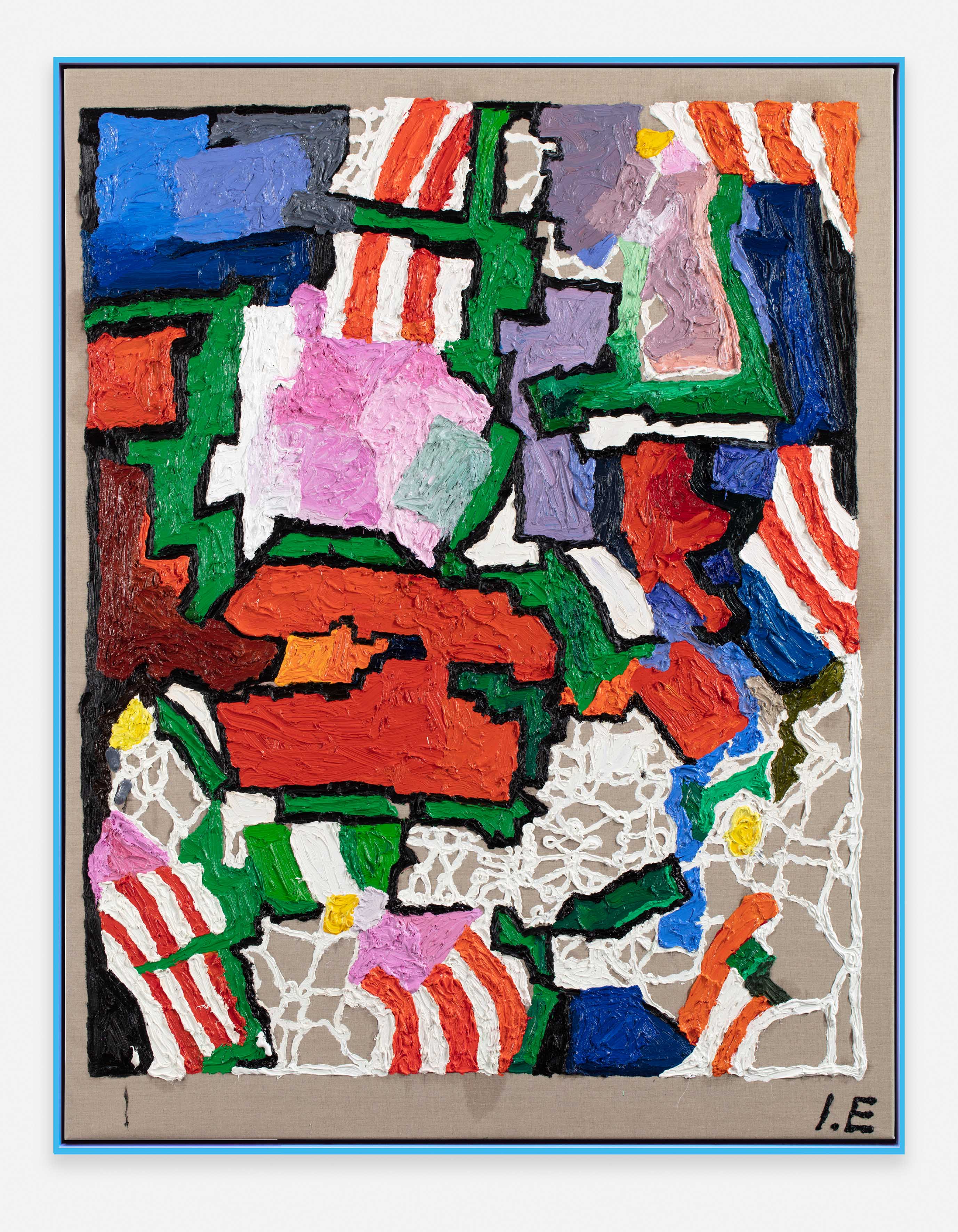 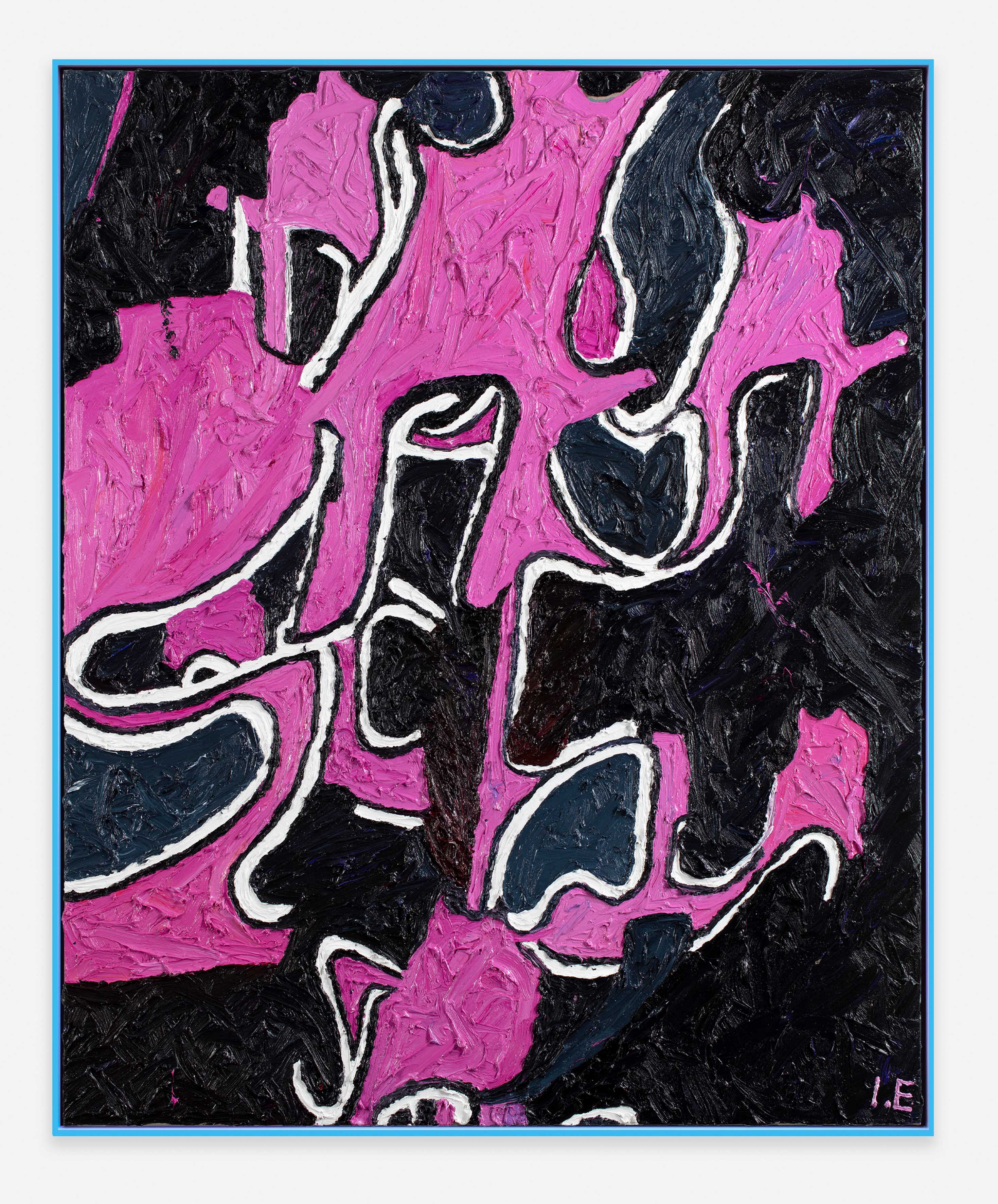 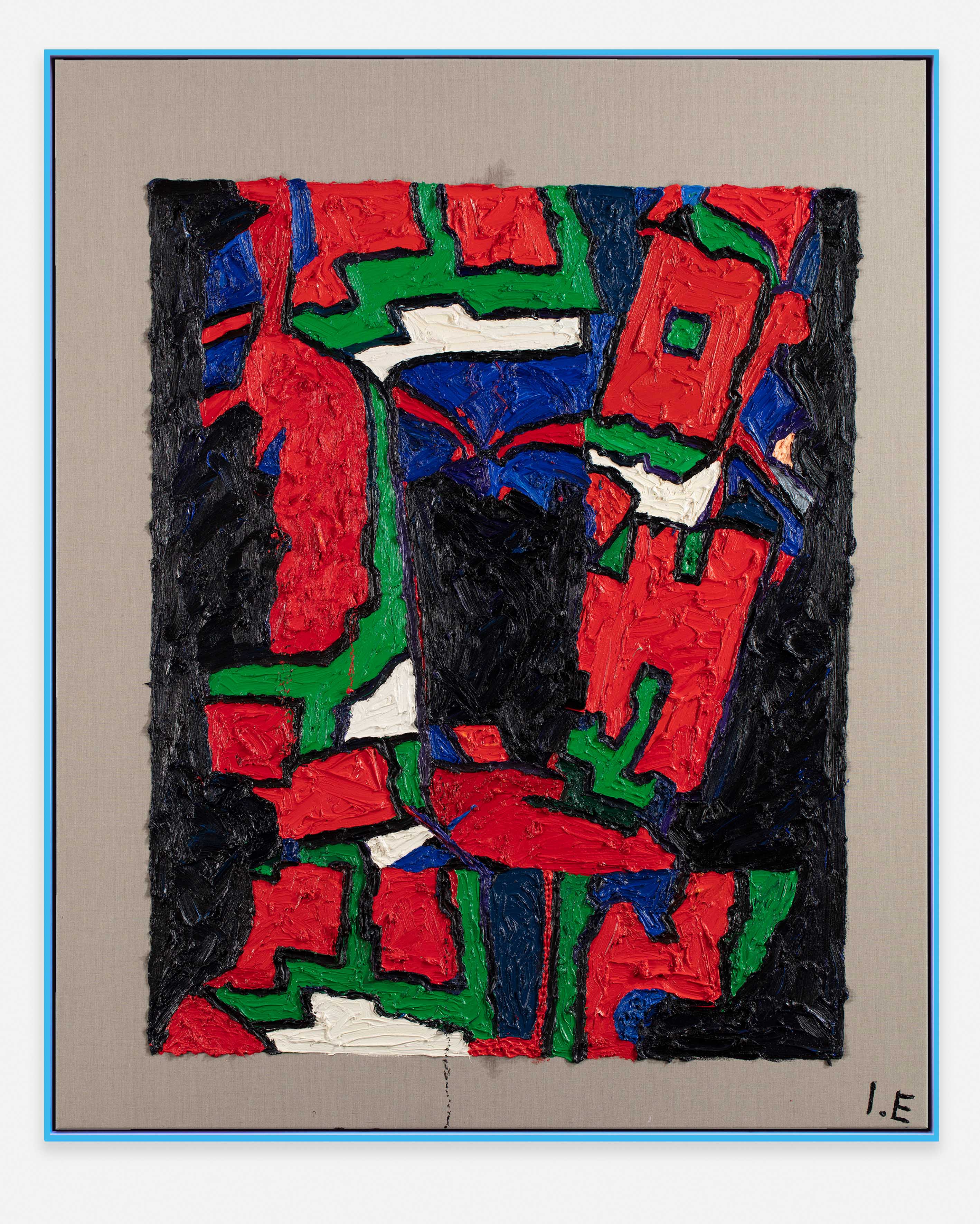 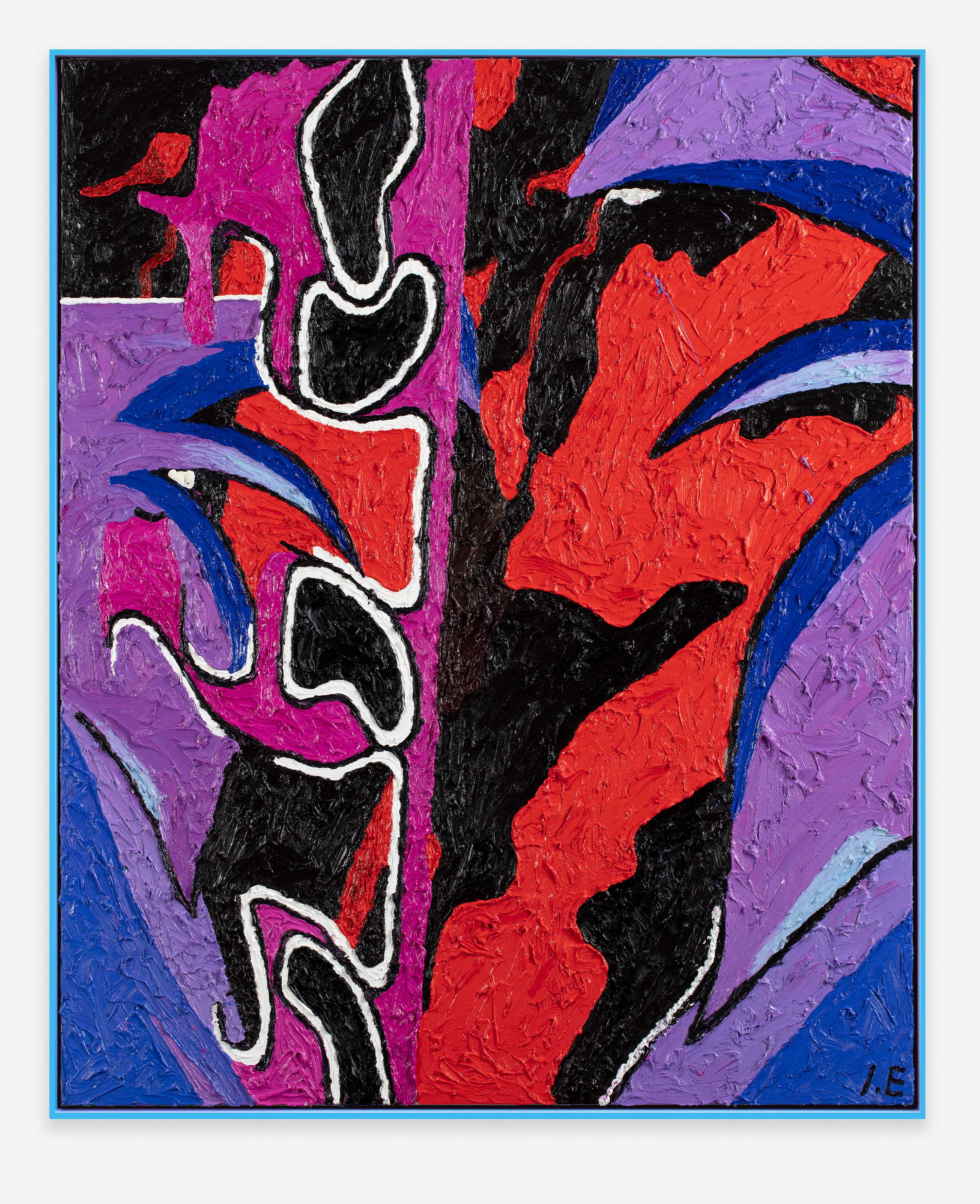 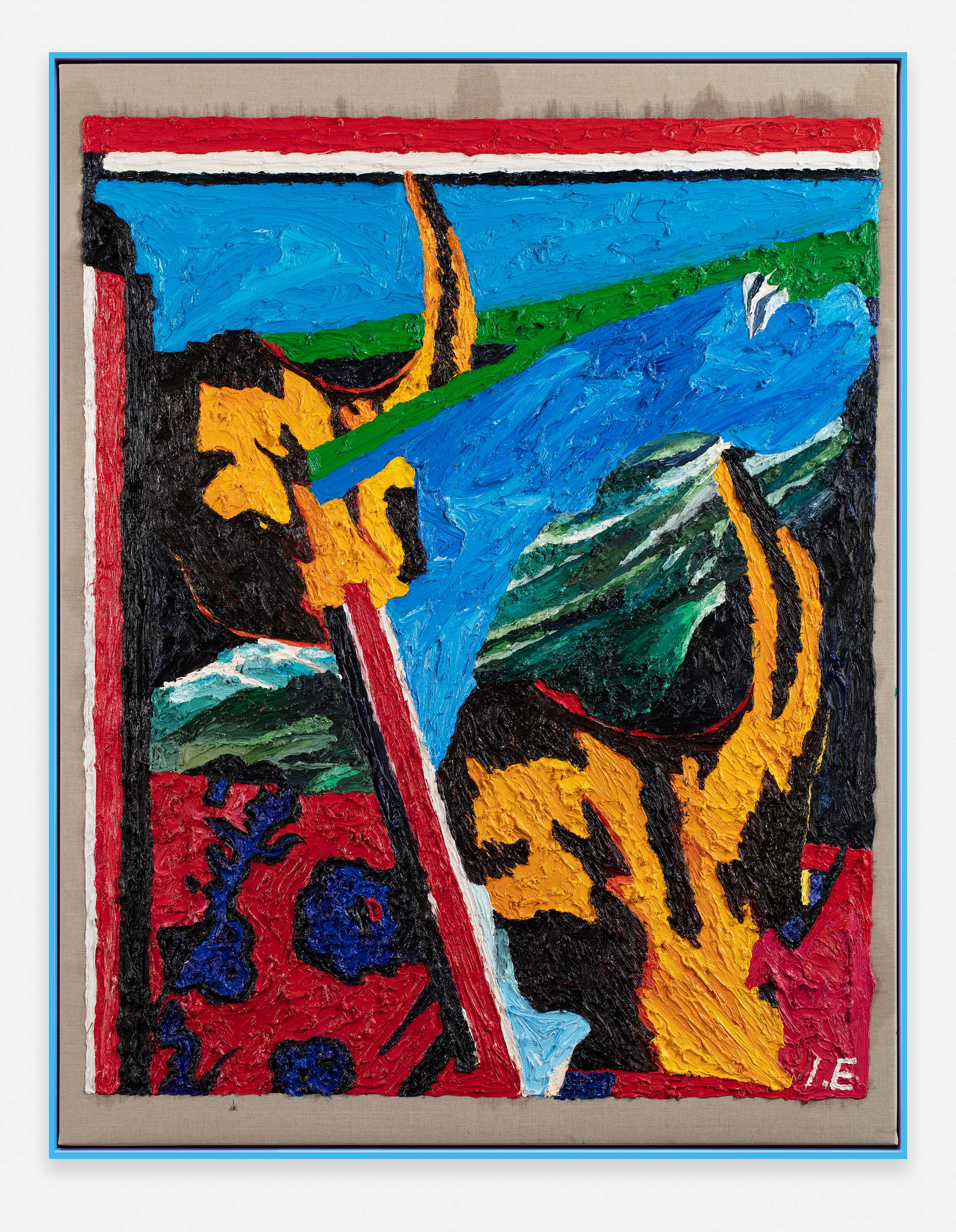 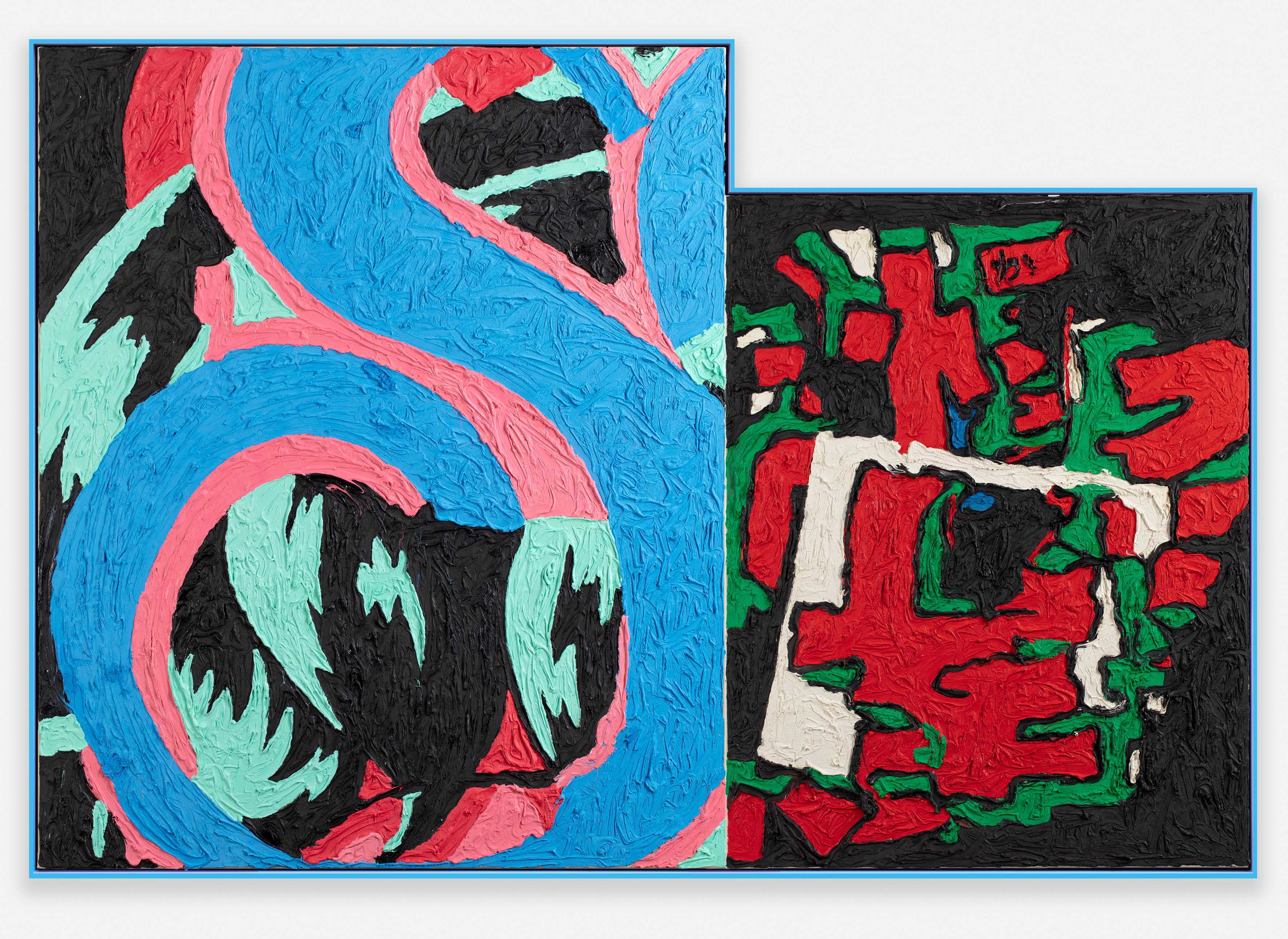