Reflecting the scale and scope of a prodigious six-decade career that has unfolded while criss-crossing theAtlantic Ocean, Sir Frank Bowling’s inaugural exhibition with Hauser & Wirth will be presented in both the gallery’s London and New York locations simultaneously, beginning May 2021. With works on view spanning over 50 years of the British icon’s career from 1967 to the present day, ‘Frank Bowling – London / New York celebrates the ways in which one artist’s inventive approach to the materiality of paint has expanded the boundaries of abstraction.

The exhibition charts Bowling’s life and work between the UK and the United States. Born in Guyana (then British Guiana) in 1934, Bowling arrived in London in 1953, graduating from the Royal College of Art in 1962.He later divided his time between the art scenes in London and New York, maintaining studios in both cities.London is the city where Bowling trained as a painter and achieved early acclaim. New York is the city that drew him to itself at the height of the Civil Rights movement, where he became involved in discussions of BlackArt – New York was a place of fresh energy and ideas for an artist in search of new ways to make paintings.

Bowling’s transatlantic orientation reveals itself in a shift from his early engagement with expressive figuration and pop art, to an immersion in a uniquely poetic abstraction that continues to evolve even today. Visible in his work are the legacies of both the English landscape tradition and American abstract expressionism. Developing in and between two cities over the course of decades, Bowling’s exploration of light, colour, and geometry can be understood as profoundly influenced by the two great rivers of his life: he has maintained studios close toThe Thames in London and the East River in New York, absorbing the brilliance of the rivers’ light into his vision.Bowling would often begin a work in one city and finish it in the other, merging the atmospheres of both. In his own words, ‘I would just roll the lot up and move. And I knew that when I got to the other end, I could roll them out again and continue to work.’

Bowling’s restless innovation on the painted plane endures in his latest works. He continues to break ground through the use of thick impasto textures, acrylic gels, collage, stitched canvas, and metallic and pearlescent pigments. The complexities of his upbringing in Guyana and his constant journeying between London and NewYork have only served to activate the richness of the different influences of each location. His paintings are a celebration of life lived in varying lights and colours.

A new publication will be released by Hauser & Wirth Publishers, to mark the occasion of this exhibition. In July2021, Arnolfini, the International Centre for Contemporary Arts in Bristol (UK), will open a solo exhibition of FrankBowling’s work as part of the institution’s 60th anniversary.

Upon arriving there in 1953 at the age of 19, Frank Bowling immediately recognised London as home. He trained as a painter at the Royal College of Art and was struck by the achievements of such towering British artists as Constable, Turner, and Gainsborough. From their classic landscapes he learned to use translucent gel, a substance that adds body to paint for impasto technique. As Bowling himself said, ‘The fact is, it’s exciting and challenging to work in London, Turner’s town, and the pressures of the weight of British tradition are exhilarating’.

By the beginning of the 1980s, having taken up a studio near the Thames in Pimlico, Bowling was sharply attuned to the purely abstract aspects of traditional painting and the rich tradition of European painterly engagement with land, sea, cloud, and sky in their abstract forms. This is visible in works like ‘Rockface’(1987) and ‘Sand Circle’ (1983), in which the artist used thick mixtures of acrylic gel and strips of polyurethane foam to create relief structures, evoking textured landscape and geological strata. By the late 1980s, when his passion for historical European painting had been further enriched by an immersion in the theories and practice of American colour field abstraction, Bowling embarked on a period of experimentation: ‘I was trying to invent ways of using the traditional methods of applying paint – spilling, dripping, marking, measuring’. He wanted to achieve a modernist expression of natural phenomena whilst conveying his formalist intentions, leaving room for the viewer’s interpretive imagination.

Recent works on view include ‘May Shimmer’ (2018), a canvas of muddy-pink tones surrounded by vibrant yellow, and green made visually dynamic by light refracted from bits of jagged straw packing material embedded in the paint. In this work, Bowling achieves a delicate radiance by using drops of pearlescence, a pigment which produces shimmering and iridescent effects.

In New York, Bowling befriended likeminded artists and was inspired to explore the medium of painting devoid of any figurative references, advancing his journey toward pure abstraction. The work of Jasper Johns, whose paintings with stencilled words and enigmatic images, made a significant impact upon Bowling in his search for new ways to experience and make art. As he says, ‘New York beckoned, and the toughness, competitive edge ,and excitement drove me and my work to rise to new horizons’. Bowling’s position in New York was secured when he took a permanent studio on Broadway and was given a solo exhibition at the Whitney Museum ofAmerican Art in 1971.

Bowling moved to New York in 1966, a charged historical moment in which Black American artists were seeking commitment from the larger art world to the civil rights movement. Major museums were just beginning fledgling efforts to represent the richness of Black art and culture. As an active instigator of dialogue, Bowling addressed the critical invisibility of Black artists through a series of writings for Arts Magazine (1969 – 1972), making a significant contribution to intellectual discourse around Black art in America with essays on fellow artists Jack Whitten, Mel Edwards, and Al Loving.

In the summer of 1984, Bowling spent nine weeks as a resident artist-teacher at the renowned Skowhegan School of Art in Maine. It was here that he began to gather natural materials from the surrounding property, gluing them to the surface of his canvases and painting over them. In this magical rural setting, Bowling’s impressions of rivers, natural light, and terrain fused with his memories of classical English landscape painting.The effects can be seen in such works in the exhibition as ‘Armageddon’ (1984) and ‘Swiss visit I’ (1983).

It was Bowling’s constant movement between New York and London that led him to cut up canvases in order to transport them more easily; he would sometimes even attach a canvas to another work, with extra strips added to the cropped edges. In works such as ‘Jamsahibwall’ (1990), a seven part work, this formal framing device extends into the painted ground area itself, and demonstrates the pioneering spirit of Bowling’s approach to technique.

Sir Frank Bowling OBE RA has been hailed as one of the greatest living painters. Born in Guyana in 1934,Bowling arrived in London in 1953, graduating from the Royal College of Art with the silver medal for painting in1962. By the early 1960s, he was recognised as an original force in London’s art scene with a style combining figurative, symbolic and abstract elements.

After moving to New York in 1966, Bowling’s commitment to modernism meant he was increasingly focused on material, process and colour, so that by 1971 he had abandoned the use of figurative imagery. Bowling’s iconic‘Map Paintings’ (1967-71), which include the stencilled landmasses of South America, Africa and Australia, embody his transition from figuration to pure abstraction. In 1969, Bowling organised, curated, and wrote the catalogue essay for the notable exhibition, 5+1, at the State University of New York, Stony Brook, andPrinceton University, which showcased the work of five African American abstract artists as well as his own recent paintings. Bowling exhibited six large ‘Map Paintings’ in a solo show at the Whitney Museum of AmericanArt in 1971. From 1973 to 1978, Bowling experimented with ideas of chance and ‘controlled accidents’, pouring paint from a two-metre height to create his visually arresting ‘Poured Paintings’.

Bowling became a Royal Academician in 2005. He was awarded the OBE for Services to Art in 2008 and a knighthood in the Queen’s birthday honours in 2020. His work is represented in collections worldwide and has been exhibited in numerous group and solo exhibitions, including the 2017 – 2019 touring exhibition, Mappa Mundi, and the hugely successful retrospective at Tate Britain in 2019. Bowling is the subject of a BBC documentary, Frank Bowling’s Abstract World, which coincided with the opening of the Tate Retrospective. At the age of 87, Bowling works most days in his South London studio, accompanied by his wife, Rachel Scott, other family members and friends, forever driven by his fascination with pushing the vast and radiant possibilities 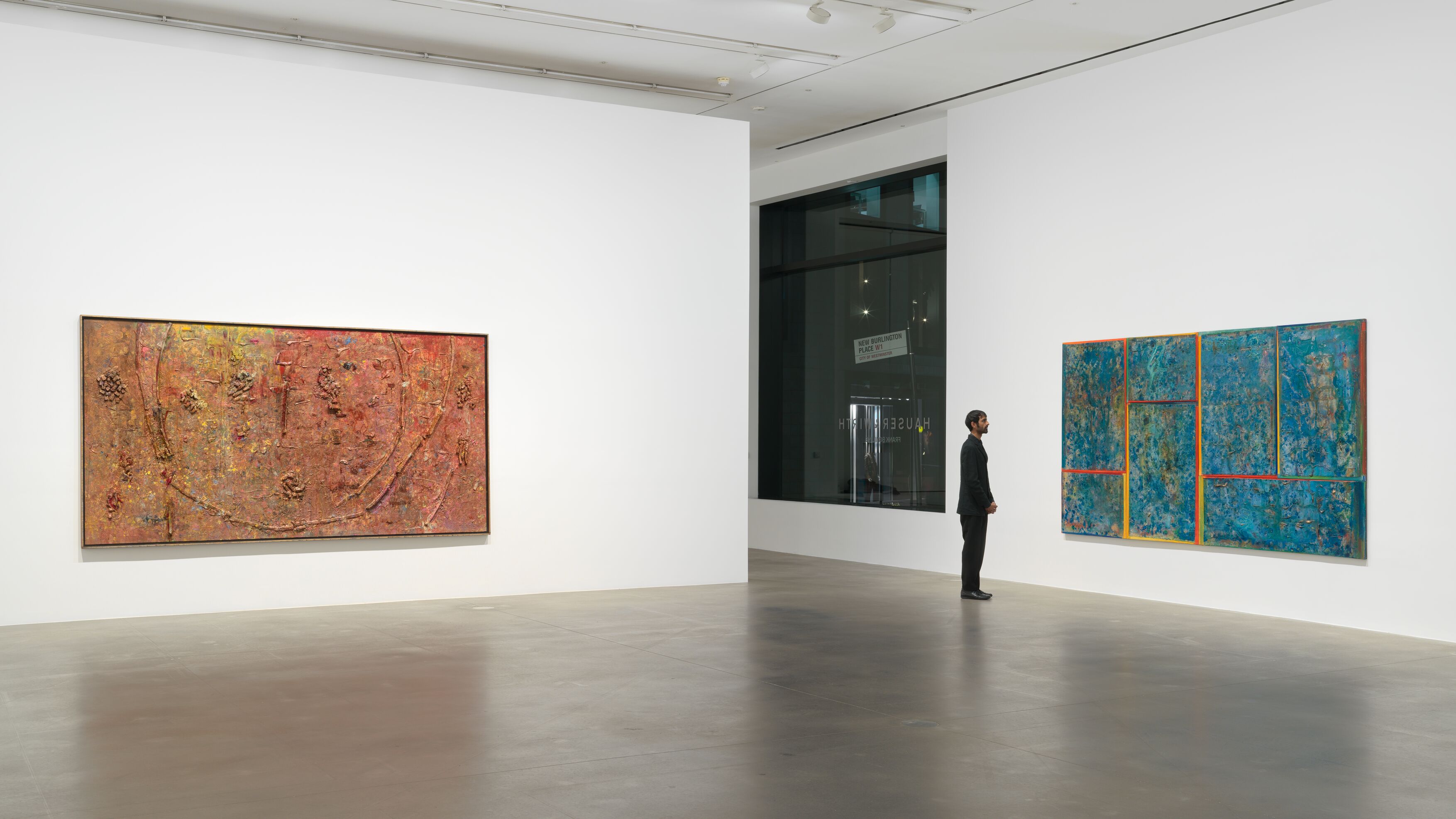 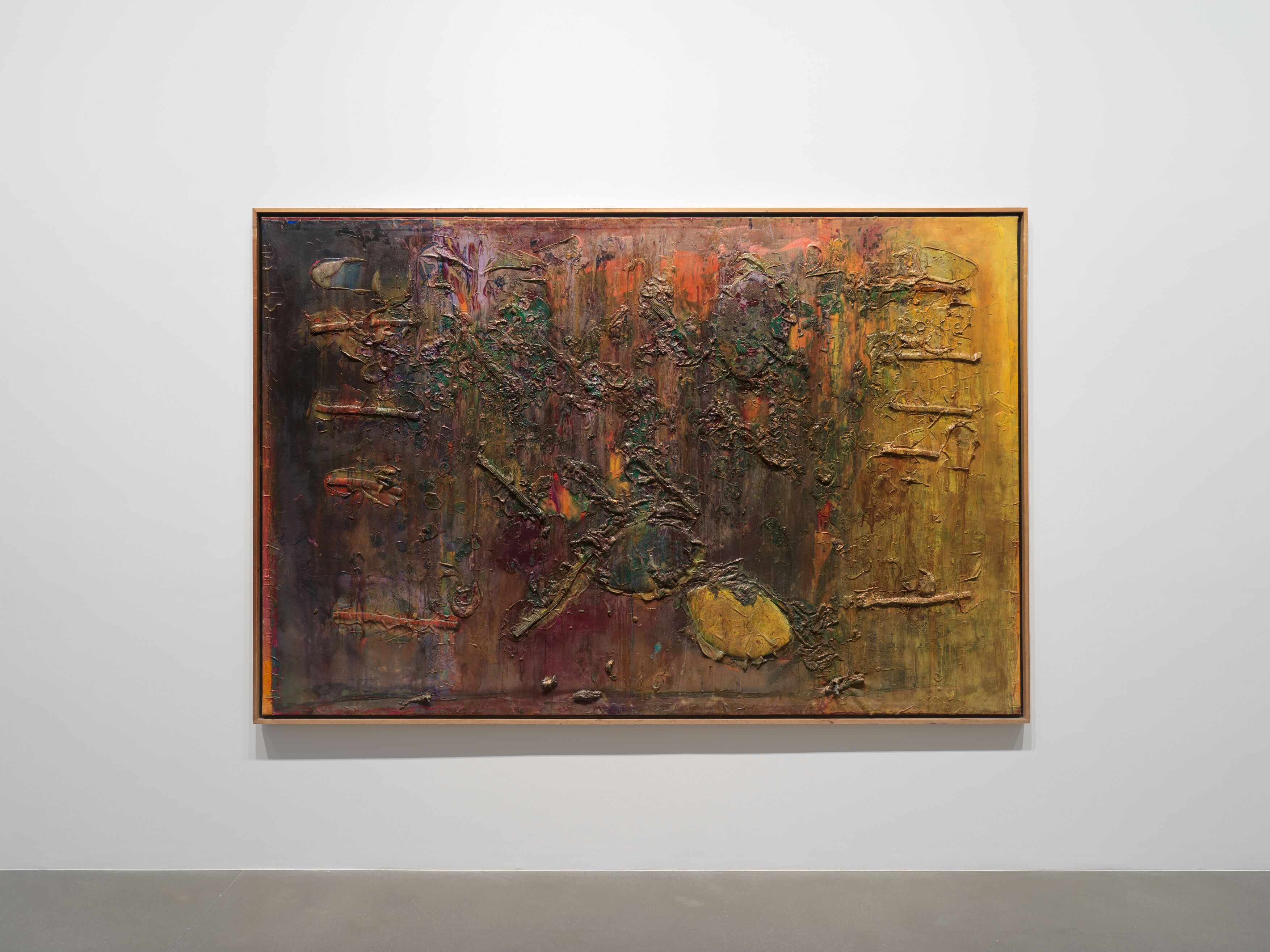 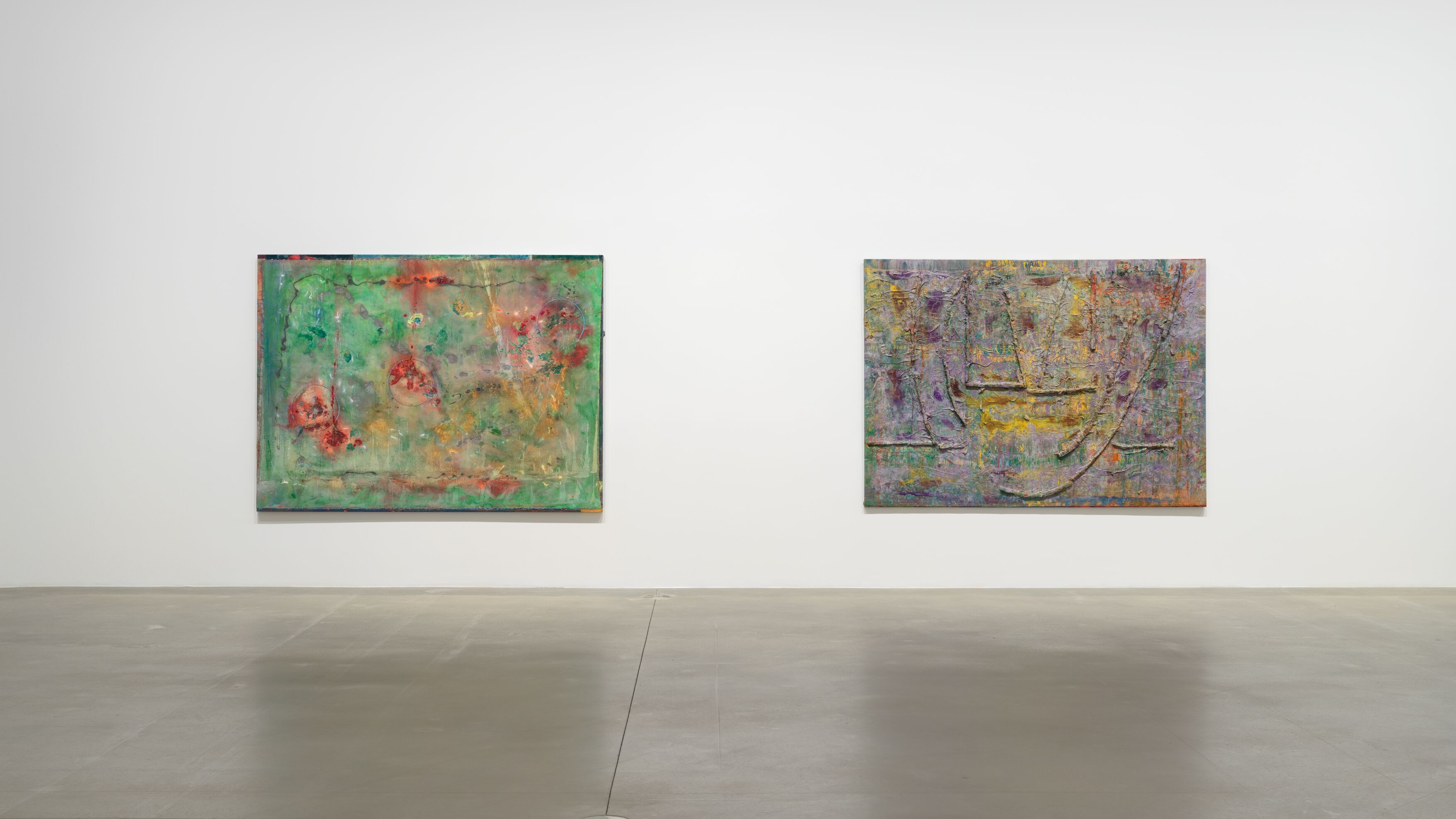 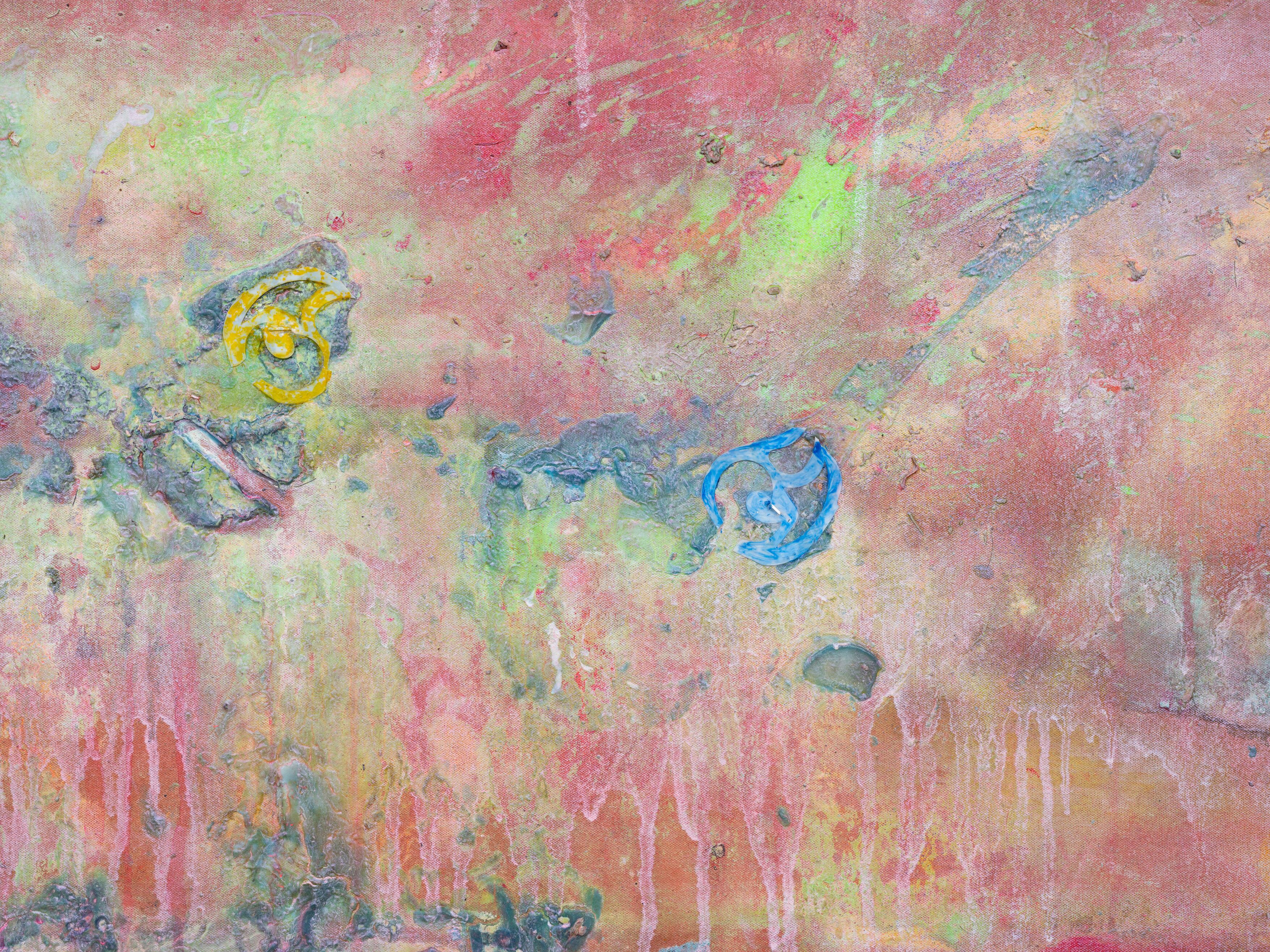 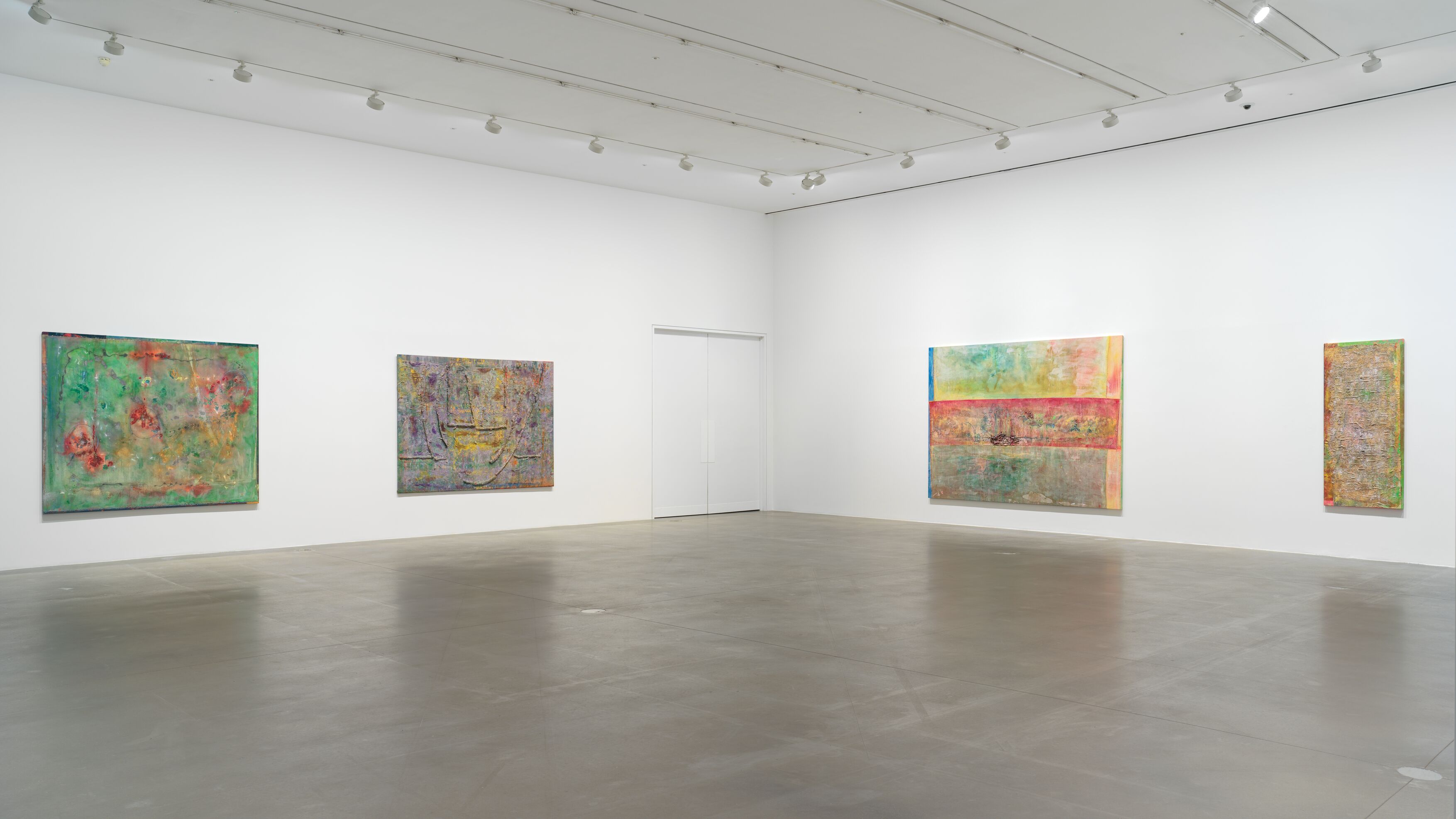 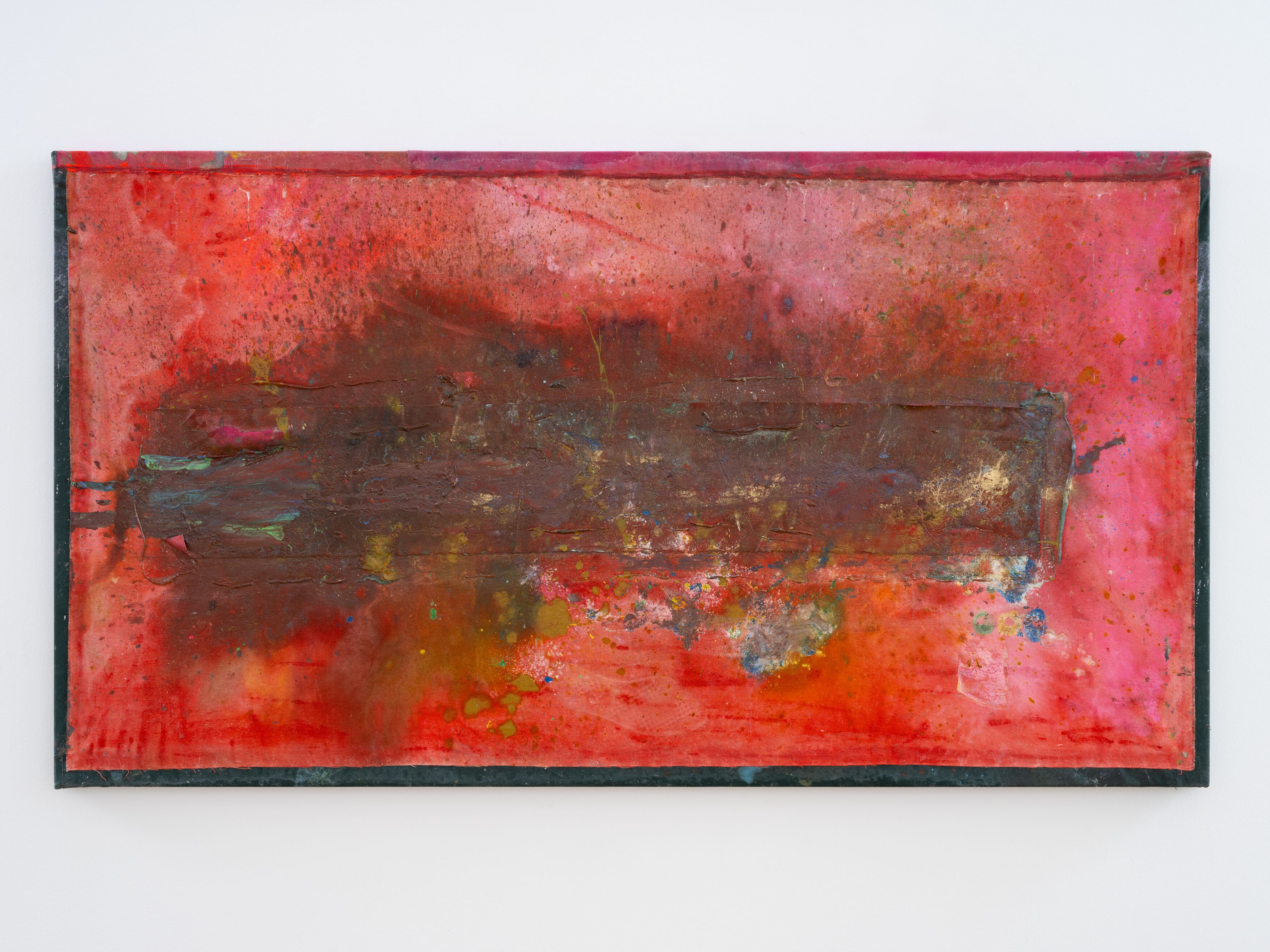 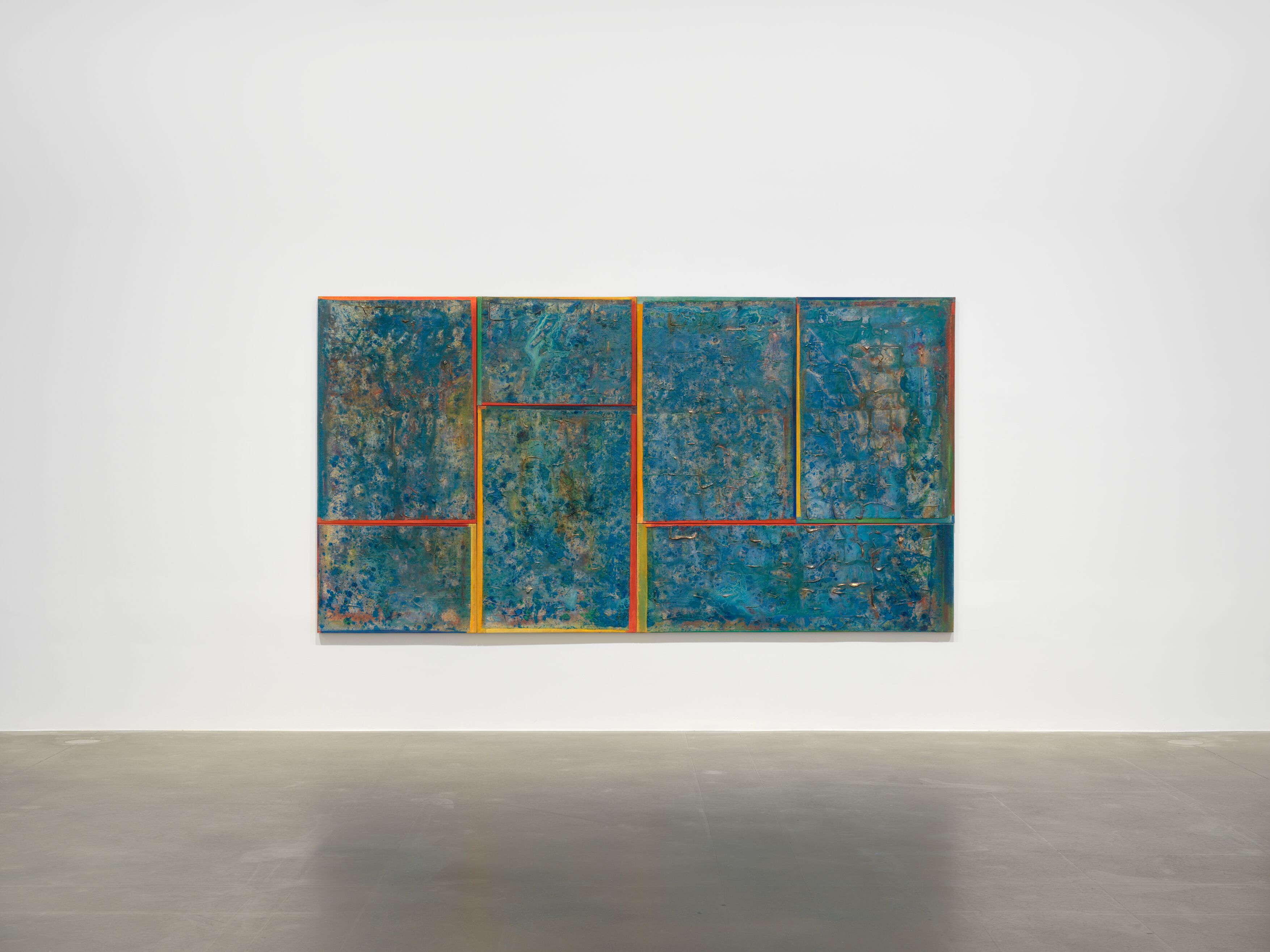 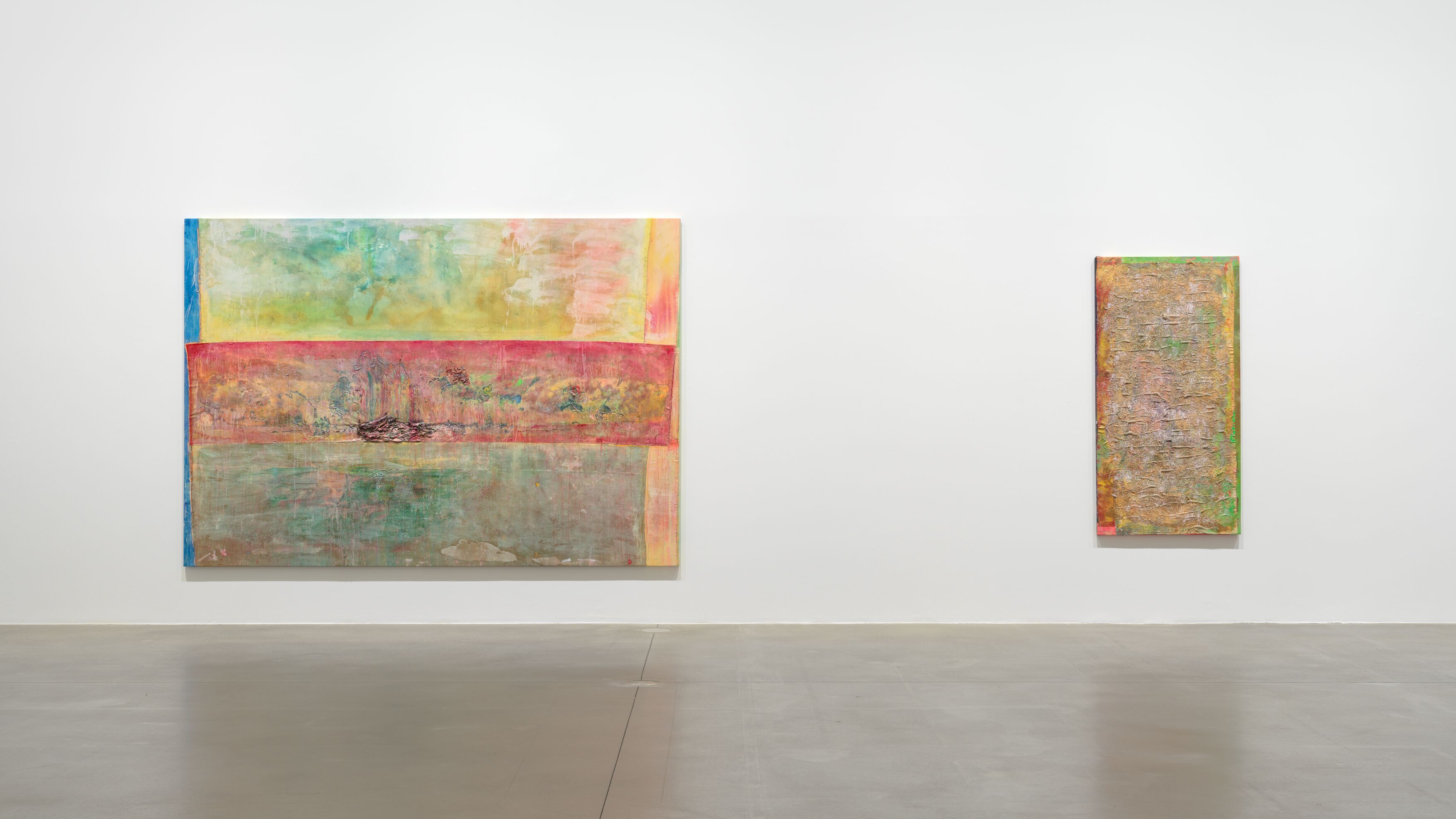