Find all-over paintings and rock-like fragments that have thick amber surfaces. Do you know about the high demand for palm oil and how it’s in lipsticks, detergents, and ice creams? How about the smoke and haze from burning forests that make way for more palm oil plantations in Asia, Africa, and South America?

‍
The artist behind these paintings and sculptures, Arin Sunaryo, seems to be more about making than lecturing. He probably wouldn’t dwell on environmental doomsday scenarios. Instead, he might tell you about his studio table in Bandung, Indonesia. He had been using it for more than twelve years and was ready for a new one. Over time, he had covered it in piled-up layers of excess paint, resin, and other sundry materials. The sediment was so thick around the table, he and his studio assistants had to carve the table out. The chunky fragmentary remnants from around the table are historical records of a studio life of mixing, pouring, dripping, splashing, coating, and encasing.

Sunaryo frequently uses resin as a preservation agent along with unusual materials: palm oil, but also volcanic ash, sugar, and shrimp paste. Fried eggs don’t work. Even encased in resin, they smell. Chili powder produces small bumps on the surface of the resin. With turmeric, the resin won’t set. Sunaryo is fascinated by how people want to freeze time and attempt to preserve things for the next generation. He says he tries to make any material neutral before he works with it. He wants each painting to have an energy all its own. He doesn’t want to force anything but lets materials speak for themselves.

Find a whirring projector without film. Its unaltered light hits the wall. Nearby, a vibrating metal sheet. Hear reverberations from the metal that reshare a loaded song from across time—Nabasag Ang Banga (The Jar Breaks), part of the soundtrack for arguably the first Filipino feature-length film, 1919’s Dalagang Bukid (The Farm Girl), which is now lost. The song’s lyrics suggest a rape by a man who claims he is in love but won’t take no for an answer. The jar that breaks is an awkward symbol for virginity.

“‘Do not pester me,’ the lass decried.

When I told him to be careful, he snatched my jar. So I’ve come home without water, and my dress is muddy.”

The music accompanying these lyrics is tra-la-la pastoral, evidence of a culture that infantilized and objectified Filipinas. The sound you’ll hear now you’ll find hazy. Think of a far-off voice, a staticky, singing ghost. Nearby are cyanotypes that rework scratched and otherwise degraded film reels.
The creator of this work, the artist and sound designer Corinne de San Jose, is troubled that Ferdinand Romualdez Marcos—the son of dictator Ferdinand Marcos and Imelda Marcos—is the new president of the Philippines. In a recent conversation, de San Jose described her general mood as, “What the fuck happened?” In preparatory notes for this exhibition, she writes about how place and history are among her materials. She describes her view of the Philippines this way: “Recent events in the country’s political scene bring to light an apparent need to reassert the past as we find ourselves in a dystopic loop with our history. We have forgotten our past.”

Find a series of recent white and gray canvases involving scribbles and drips of industrial paint. They forgo illusion and appear to endure considerable tension. One features a clamp holding a paintbrush pressed into a pillow hardened with paint. Another is cinched, bent out of shape by rope and a system of knots wrenching the painting’s stretcher bars and holding an antique-looking wooden fragment that was maybe formerly part of the seat back on a nice chair.

Bernie Pacquing, the architect of this series, will tell you how he studied advertising in school but found it rigid. He didn’t like how everything had to be perfect, so he handed in his school assignments on plywood. These days, combination and contradiction are central to him. He melds rough or loose gestures with tightness, precision, and stiffness.

Pacquing’s practice is antithetical to the corporatization and technocratic dehumanization currently circumnavigating the globe. In his home studio in Manila, Pacquing welcomes fluidity, miscibility, rust, and mold. He piles up collections (including film reels de San Jose selected from while making her cyanotypes). And, all around him, he sees layers of indexical marks that remind him of paintings. He loves the flood lines on city walls and underpasses, political scrawls, peeling posters, and mud splashes. Yet, he listens to precise classical music in the studio—lately recordings of Yehudi Menuhin playing Bach’s partitas on the violin. When I spoke with Pacquing, he’d just returned from Singapore, a place he found not just sanitized but ordered to the point of sterilization, largely absent of what sustains him.

Find a large monoprint on canvas showing an impression left in ink by Venetian blinds. The artist Nicole Coson broke her etching press when making it. She also injured her knee in the process. Coson will ink up blinds, lay them on a piece of canvas, and run that through her press, one of the biggest in London. It’s hard to pull huge monoprints through an enormous printing press, especially prints on canvas.

Coson, who grew up in the Philippines and moved to London for school when she was seventeen, told me she thinks of the etching press as a painting tool and that this way of working developed during quarantine. “I was feeling like the edges of our bodies were beginning to blur,” she said. “We were these soft bodies that needed to be protected inside. Our concepts of private and public were shifting.”
Think about inside and outside, frustration, claustrophobia, and how opening and closing blinds can mark time. Think about home as a refuge versus home as a prison.

Coson’s works are about more though. Where do our bodies stop and start? Think about windows and blinds and negotiating visibility, how and when you are discernable, why, and for whom. By extension, think about subjectivity, not being classified, put into a taxonomy, or forced to make sense. Coson says, “Sometimes an artist’s ethnicity and race precede the work and render the artist’s ability of individual utterance invisible and unheard.”

‍
In External Entrails, internal is external, and external is internal. The abstractions of Coson, de San Jose, Pacquing, and Sunaryo are individual, complex, and invigorating. – Marcus Civin 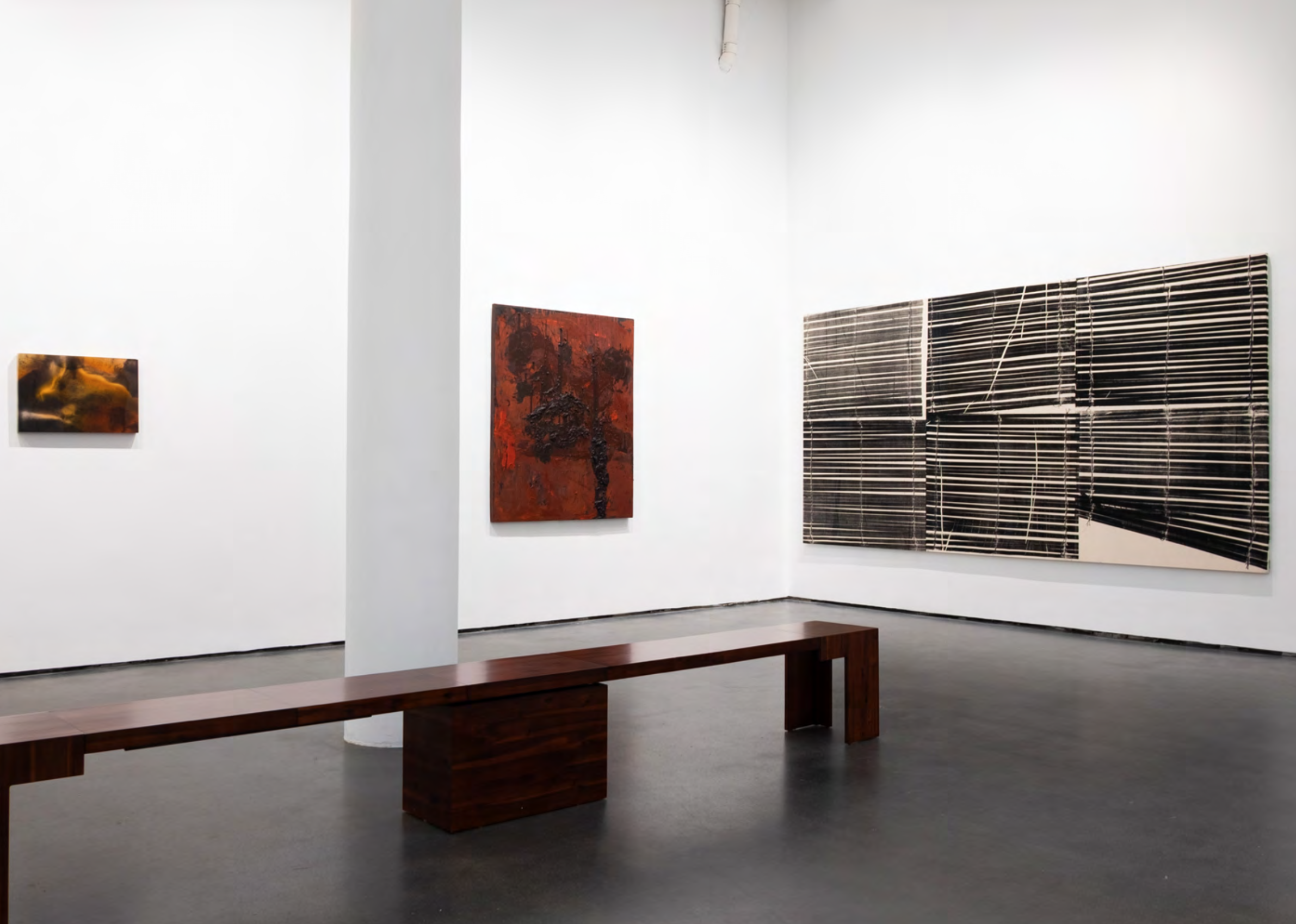 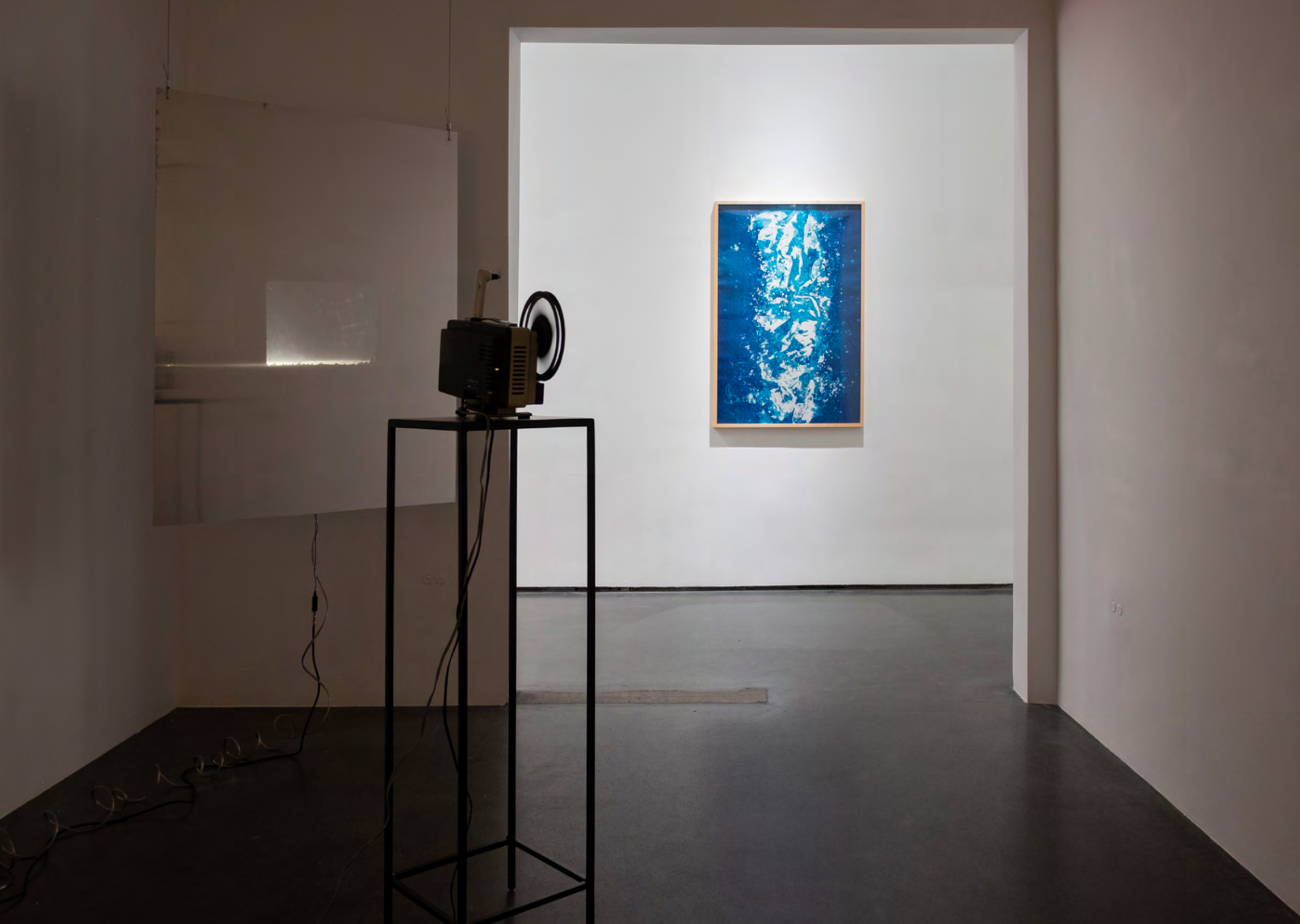 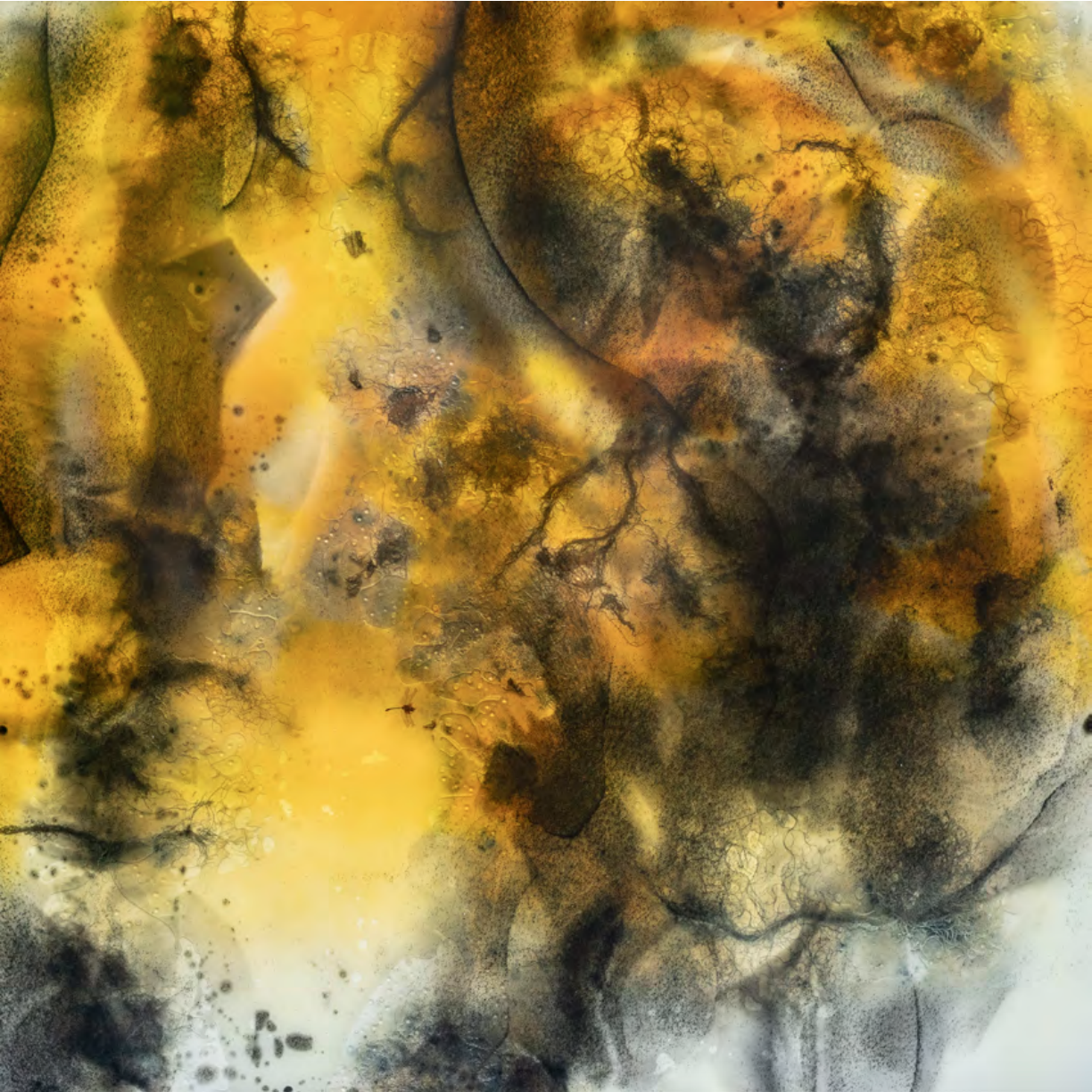 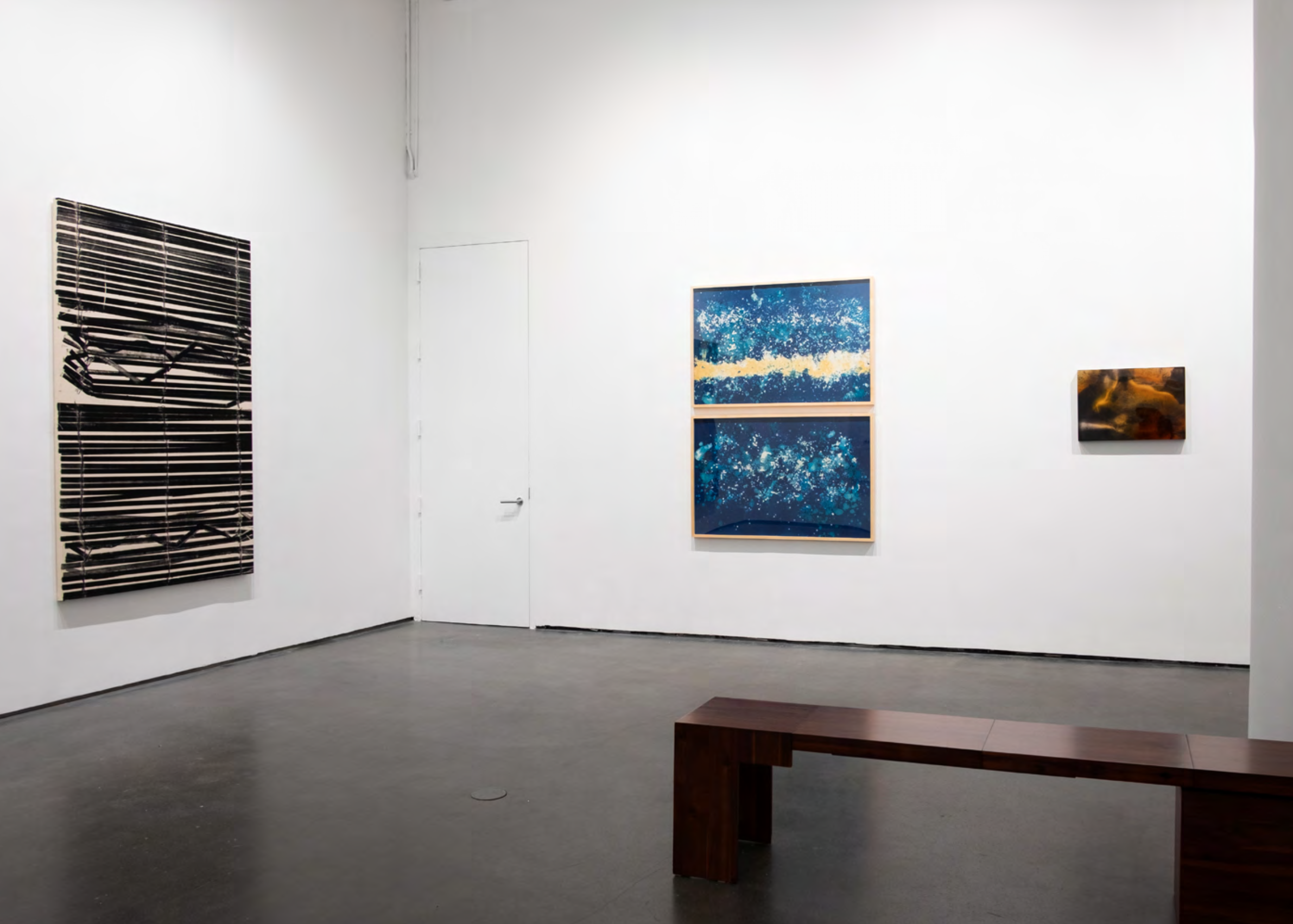 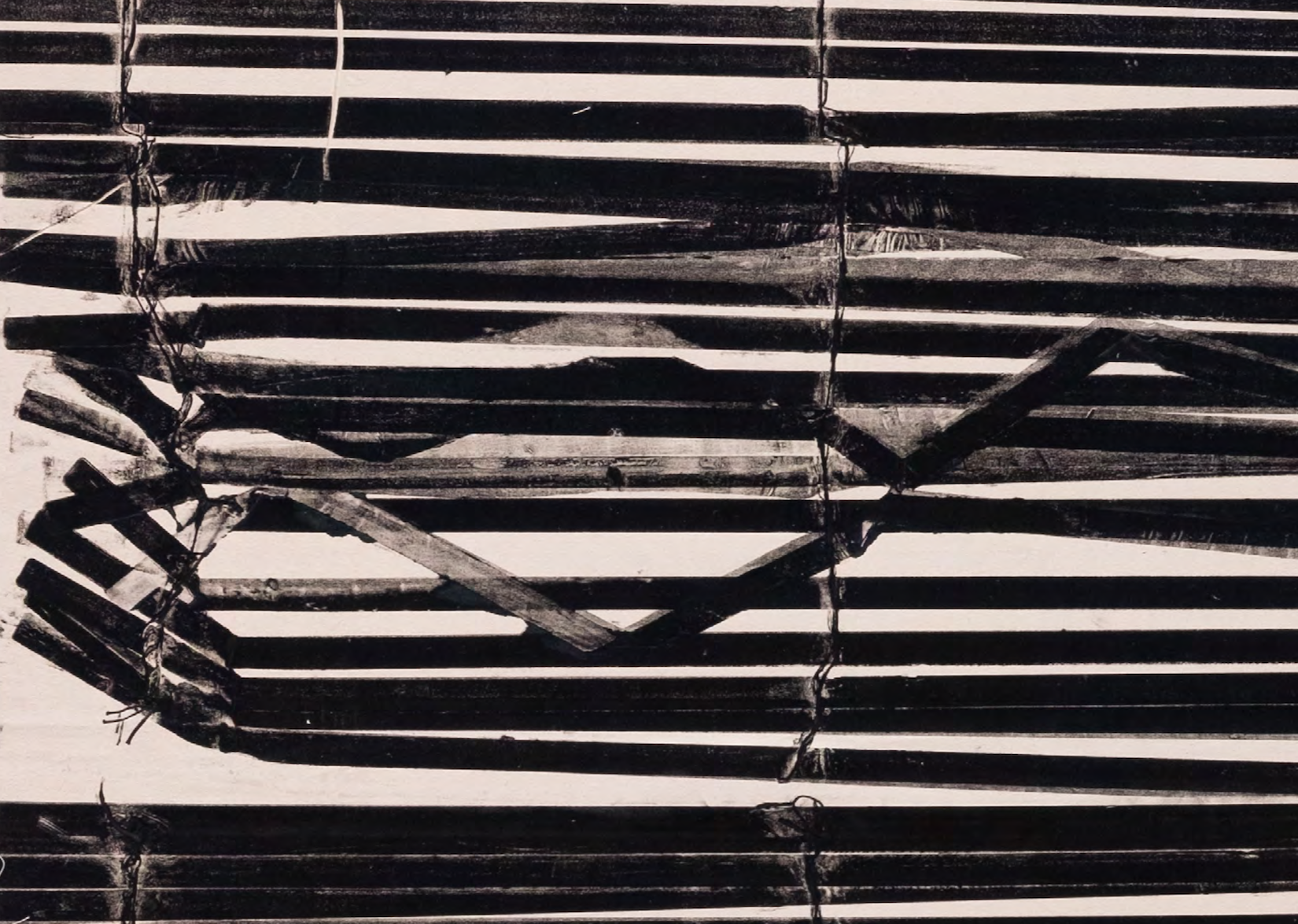 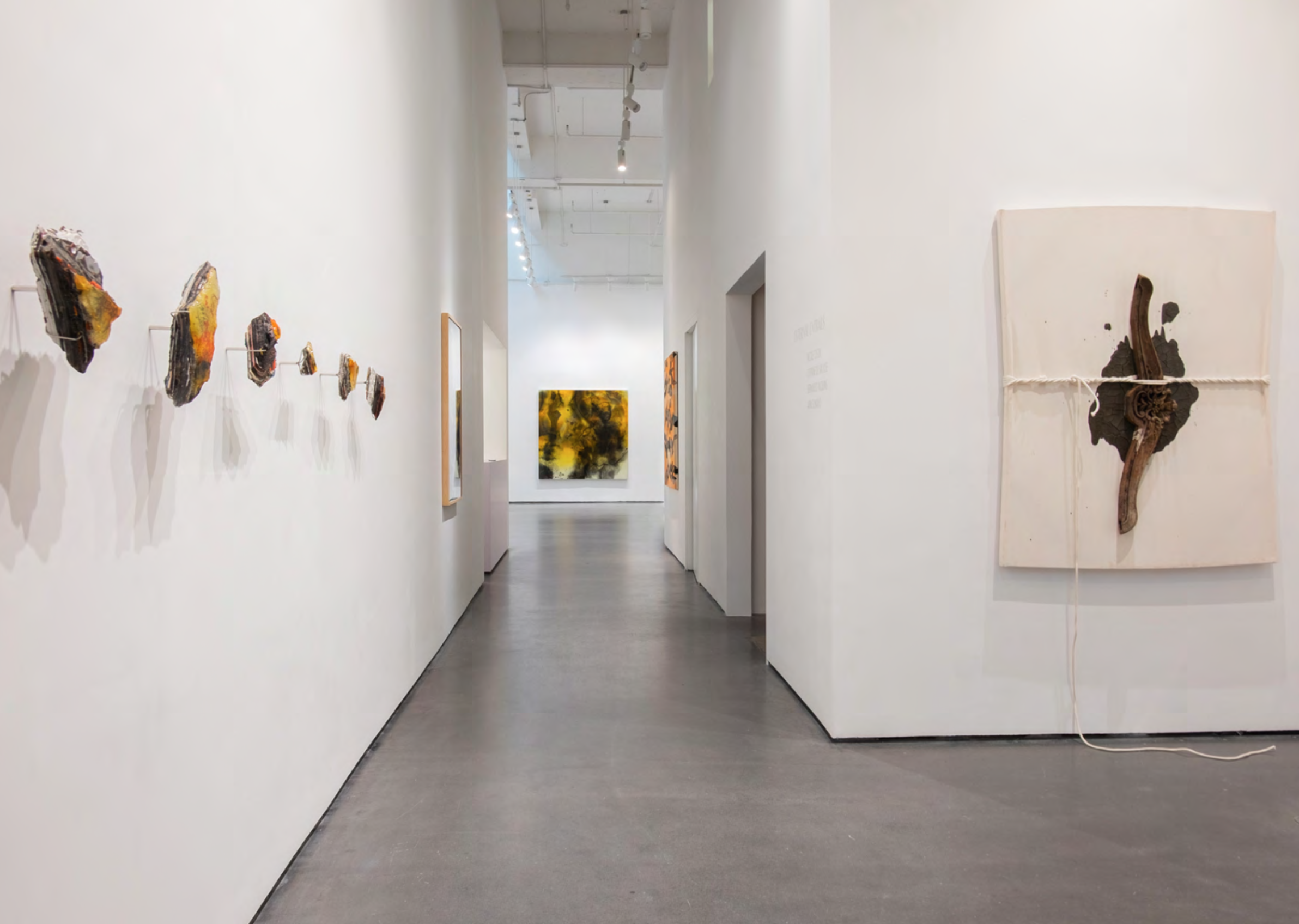 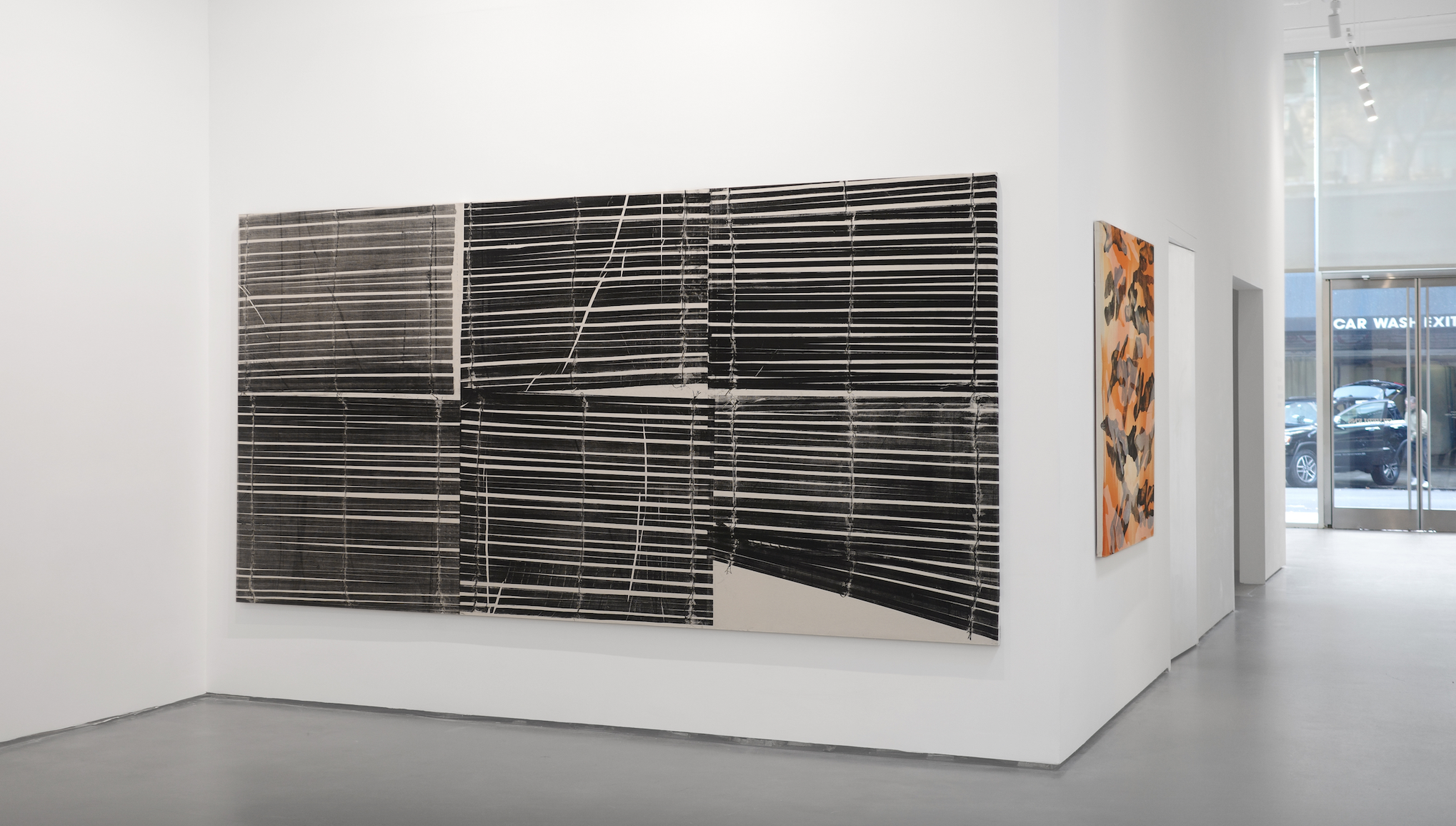 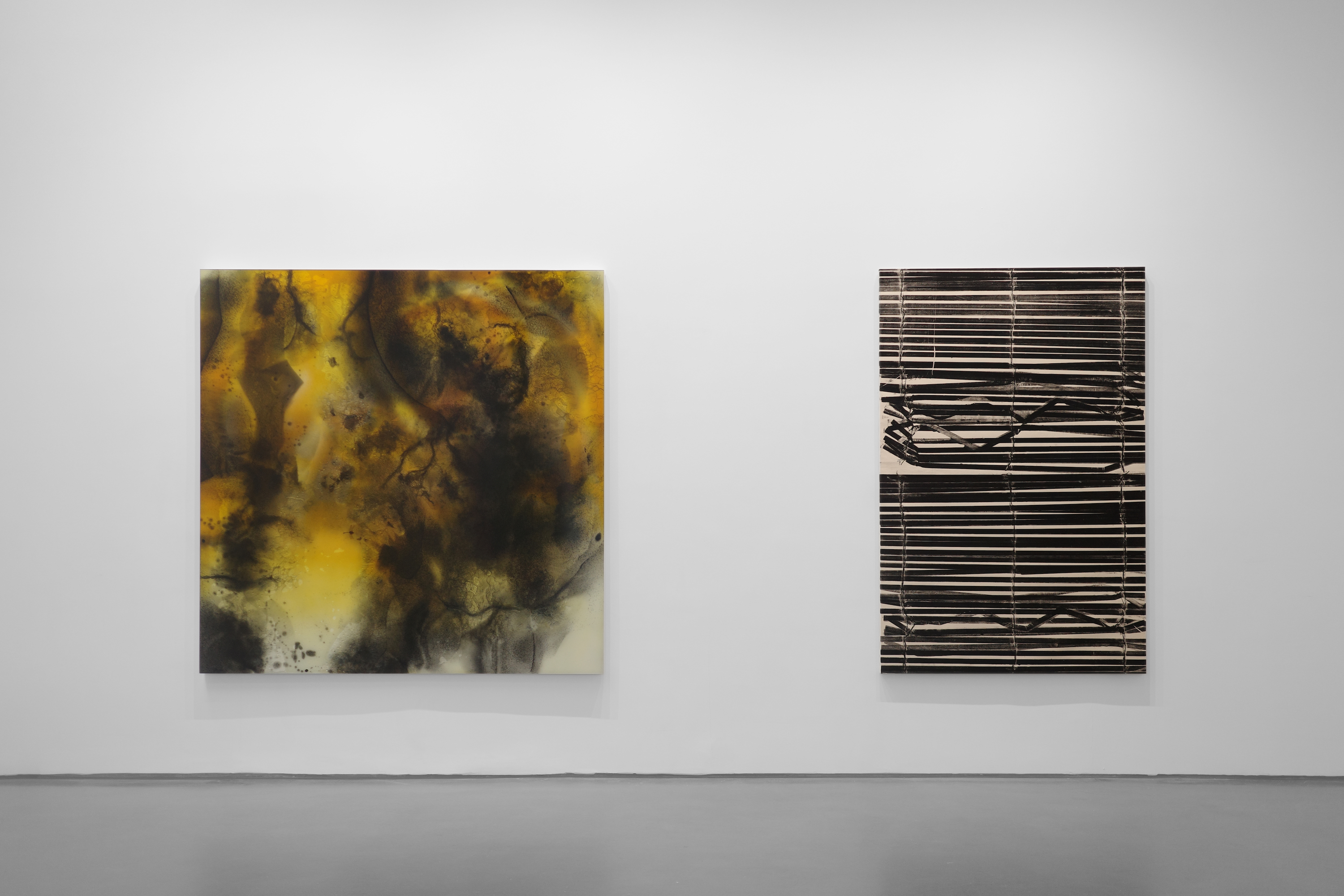