In the Studio with Vivien Zhang.

In the Studio with Vivien Zhang.

How long have you been working in this studio, and how do you design/organise your workspace?

I’ve been in this studio since 2017. It’s on the ground floor of a factory conversion, inside a gated compound with 24-hour concierge. My studio is long, and at the end of the studio there’s an alcove with a big window and door that gives access to a pebbled yard. I rearrange the studio every few months according to my needs. I’ve just cleared the alcove space for photographing finished works and installing them ahead of upcoming studio visits.

Do you have a creative routine in/around your studio?

Putting on the kettle is always the first thing to do. I’m usually listening to podcasts, drum and bass, or cinematic music in the studio. If I’m caning towards a deadline, stand-up comedy as background noise is great – a numbing drug for endurance.

You mentioned that you are used to instability as you grew up moving and living in different countries. Do you feel a change of identity after living in the U.K. for 12+ years, and is London home for you now? How does this impact yourself and your art?

I’ve always thought of myself as an expat – this in-between space comes with detached and privileged connotations. This is changing though, especially as I plan to settle in the UK. My partner is British-Chinese and we often talk about the nuanced differences in our values and identities. For instance, one time we discussed how you do not have to be a British citizen to join the British police force and that it is an occupation. This was a revelation for me, having come from a place where it is readily assumed that only a national may join the police service. I appreciate how these instances make me reassess my values. Changes in your relationship to your environment expand your identity and affect how you express yourself.

Painting in the UK also has its own set of vocabularies – I’m thinking of Howard Hodgkin, Prunella Clough, Phoebe Unwin... At the moment I’m eager to step away for a bit, maybe do a residency in continental Europe or Asia.

What is the biggest lesson you learnt from growing up internationally?

That acts of attribution and interpretation perpetually shape our perception and identities.

I grew up in a very integrated, multicultural environment. We were taught to appreciate difference and other cultures, whether that was in international schools I attended or being around my mother’s old workplace, the United Nations (she was a simultaneous interpreter for the UN). My single mother used to take me on her work trips. I might listen in on a tense UN conference in an empty interpreting booth, then roam around the halls of the UN, seeing the delegates cordially chatting and catching up. In a way these seemingly level playing fields provide a sharp contrast to society at large and highlight some of the absurd human attributions we have given to things around us – anything from racial and ethnical hierarchies to the monetary valuation of inert objects.

What are the three most prominent things you try to communicate through your work.

I want my work to disrupt assumptions; either through specific visual cues that make you do a double-take on something or through formal contradictions within a work. And, simply, how to make paintings in this digital information age.

Your paintings are full of new and recurring motifs. For example, in your more recent works, the Gömböc, spiral columns, labels, the cut-out of the butterfly map, and more recently the Chinese character ‘again’. We are living in an age of excessive information. How do you decide what motif, and whether you would put a new motif in your work?

The motifs and visual fragments in my work all possess a sense of duality and serve as vehicles to question many of the things we take for granted. For example, the butterfly map (The Cahill Butterfly Map) is an alternative map to our standard Mercator map. It attempts to more accurately represent land size and relations. I reference this in my work in order to propel the viewer to think about the origins and obstacles of geopolitics today. The Gömböc exists in the state between stability and instability; the sticker labels are tags, yet their elaborate, octagonal designs draw analogies to windows in oriental gardens, providing an opening to something else; and spiral columns, perhaps like many of our personal experiences, are objects that have traversed through multiple contexts and cultures.

My collection of motifs kind of reveal this culture of sampling. However, I see the work of art as a site for assemblage. This is a reflection of our current condition and how we observe information, consume information, understand and manifest ourselves. Subtraction is as important as addition. It’s ever more important for us to filter through the myriad of stimuli. Often I arrive at new motifs via my research into other ones; they heavily inform each other. Perhaps the work is like a fugue – I’ll have one motif formulate the backbone of the painting, whilst another interrupts the picture plane and interweaves with the “principal theme”.

What are the essential tools in your working process? (we know you are a tape connoisseur)

At the moment: the cutter, sable brushes and liquin impasto. And yes, an infinite amount of Tesa 4334 precision tape.

The repetitions in your work at the first sight might seem mechanical, but at a closer look full of deliberations as well as spontaneity, and they are all done by hand. Does labour play a role in your creative process, and if so, how?

The repetitive process provides a basis for release. Repetition can establish a framework – a safe harbour – from which I can introduce acts of rupture. Shifting gears when making work is very important.

Repetition is the assumption of sameness. I make paintings with crude paper stencils and sometimes the paint bleeds outside of the stencil. I like these accidents and make a point of keeping them. They remind us that repetition is the expectation and anticipation of sameness. The repeated is never a true replica of the original as it occupies a different temporal space. To reveal the organic hand during the process underlines that.

I’m fascinated by the mind map and notes you put on the studio wall, and you are very eloquent. Do you think you are a more textual thinker or a more visual thinker? And how does language play a role in your painting process?

I’m very interested in languages and punctuation – I have a book called Shady Characters: The Secret Life of Punctuations, Symbols, & Other Typographical Marks (2013) by Keith Houston. I think it’s fascinating to observe the adaptation and evolution of languages. But I’m definitely a visual thinker. Being bilingual, I am acutely aware of the limitations of language in translation, in its ability to convey certain things if there’s no language to describe them.

You mentioned in another interview that you rather the audience ‘read’ (instead of ‘see’) your work. How do you understand the relationship between text and image?

A good work should need unfolding, or even be vulnerable. Precisely because a painting is not a flat image it demands the viewer to “read”– the work’s material, its painterly languages, its movement and speed – to find its rationale and perhaps travel with the irrational. All of this is more akin to reading than simply seeing – seeing is a part of reading. Maybe I am no longer able to appreciate a work at an image level either: because I have the tools to extrapolate how a work is made I’m conditioned to engage with painting as a painter.

If possible, name 3 books that changed your life or played a key role in shaping who you are so far. ‍

Tell us about your future shows. Where can people see your work in person next?

I’m in a group show that’s opening at CAPC Bordeaux, curated by Cédric Fauq. The show uses the funfair as an analogy and explores the ideas of hyperreality, paradox and the experience economy. I’m also showing a couple of works at Art Basel Miami with Pilar Corrias. Until mid-December I’m in The Disconnected Generation, a group show in Beijing, at Song Art Museum. The curator Cui Cancan invited 14 artists born after 1990 to represent the current state of affairs in contemporary Chinese art. I feel very privileged to be a part of the show. 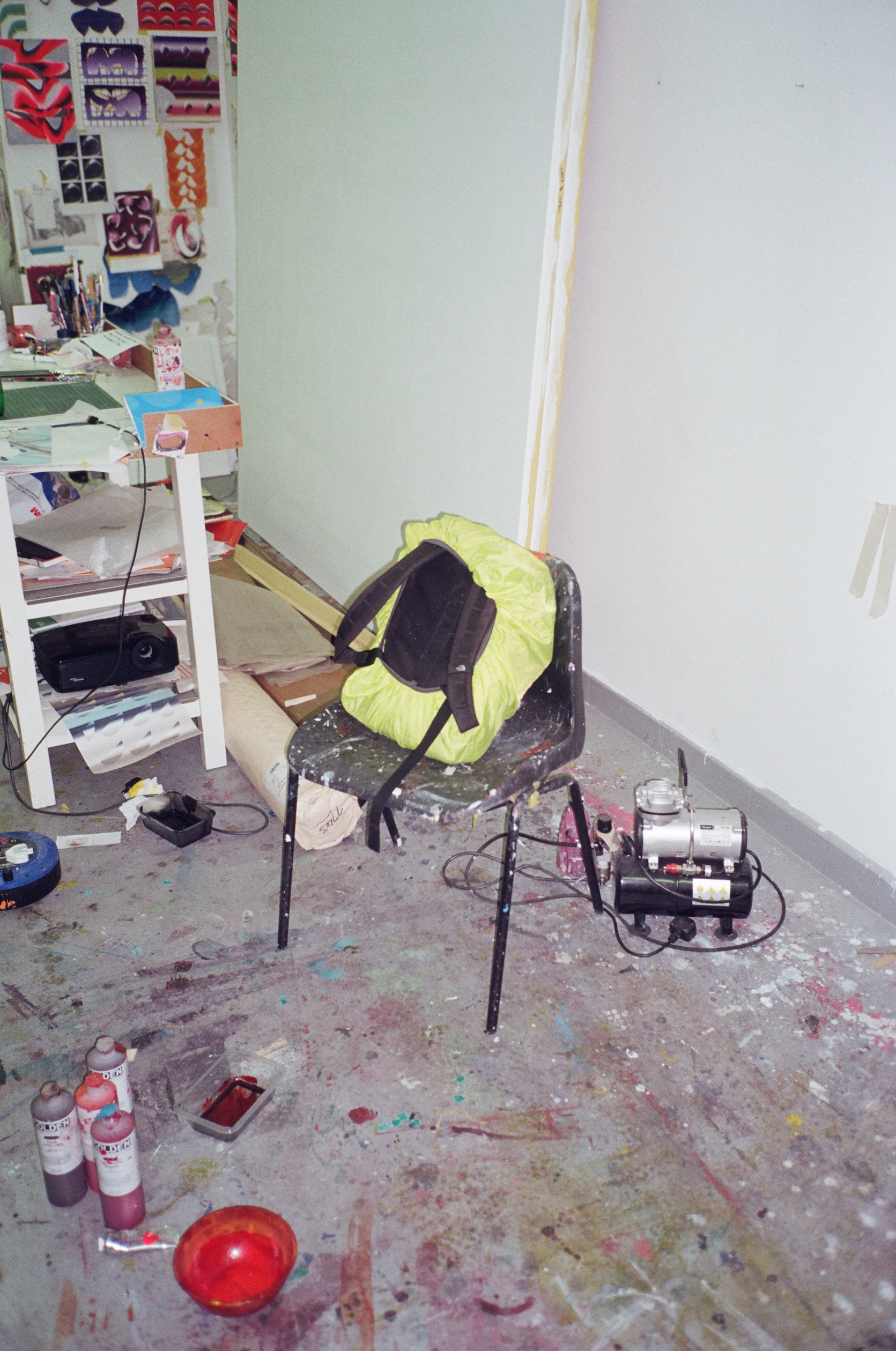 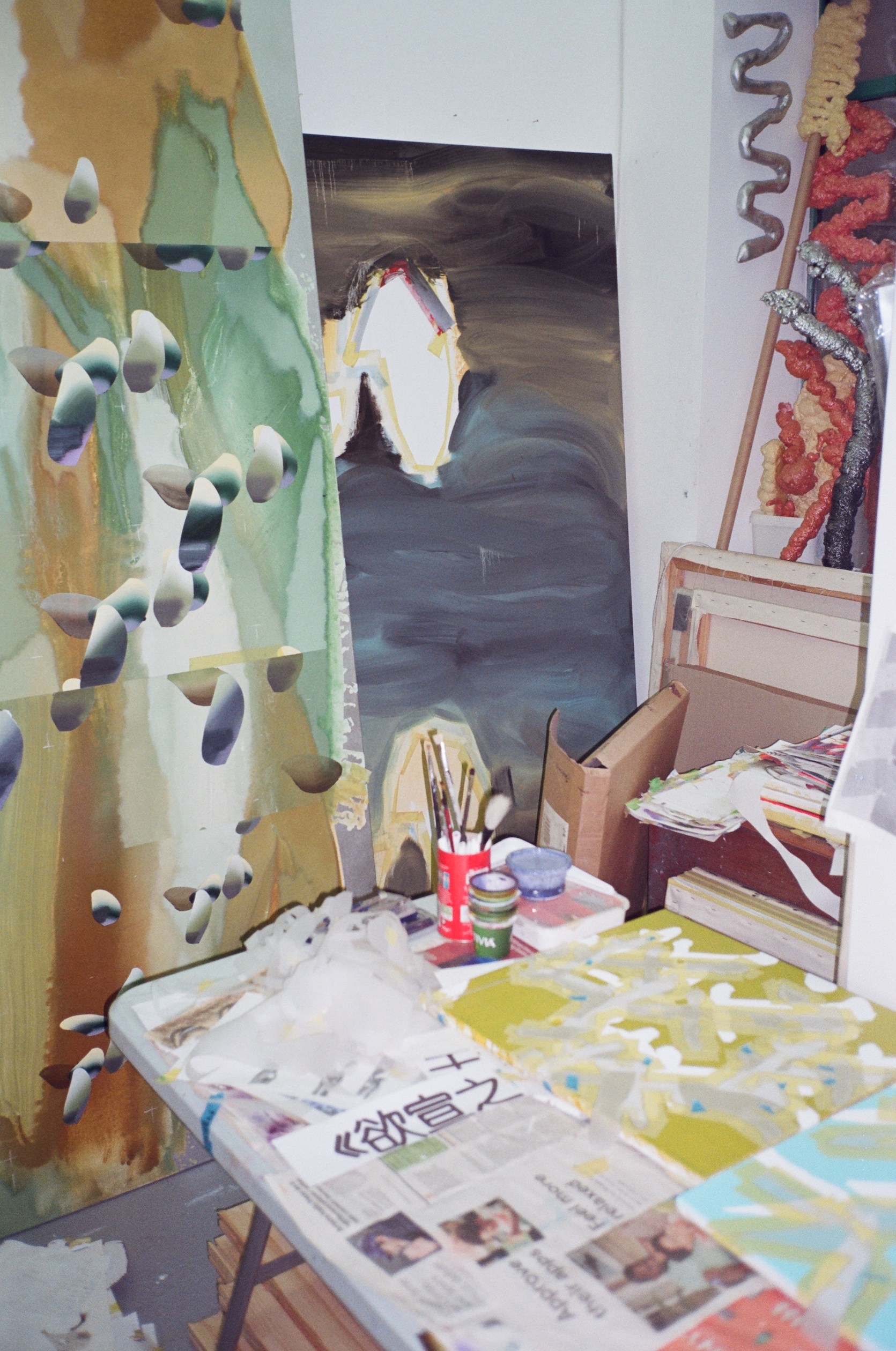 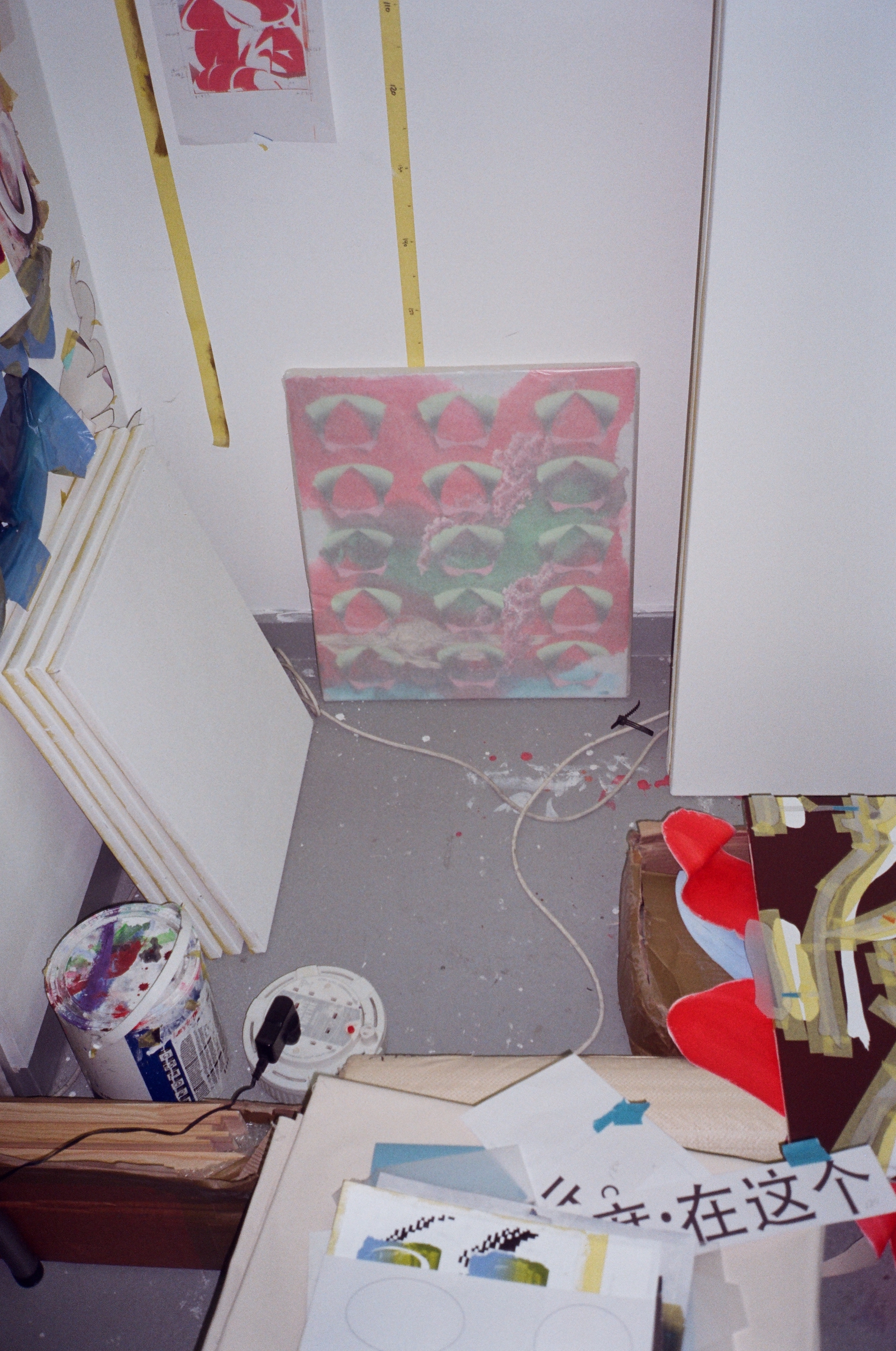 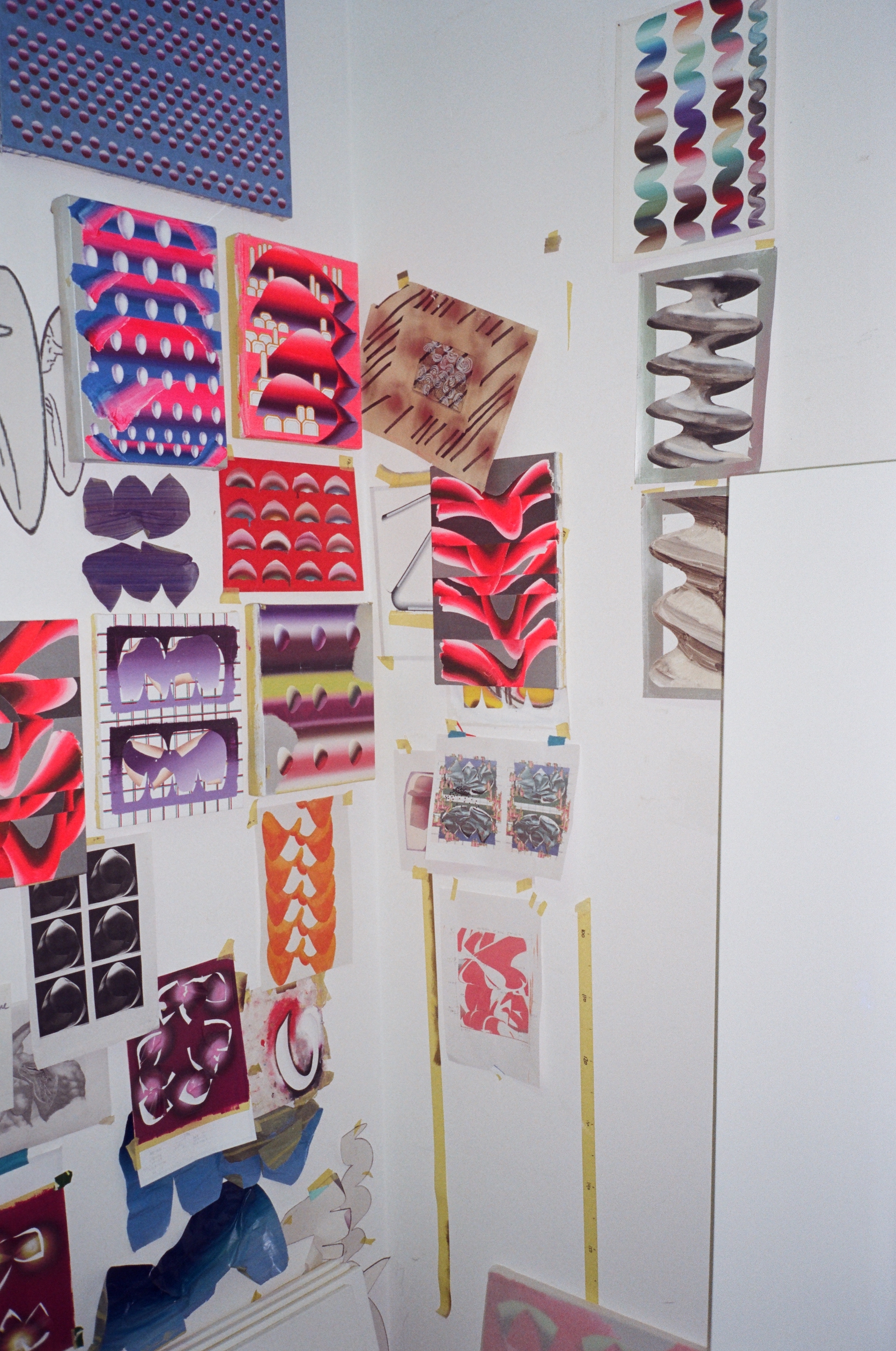 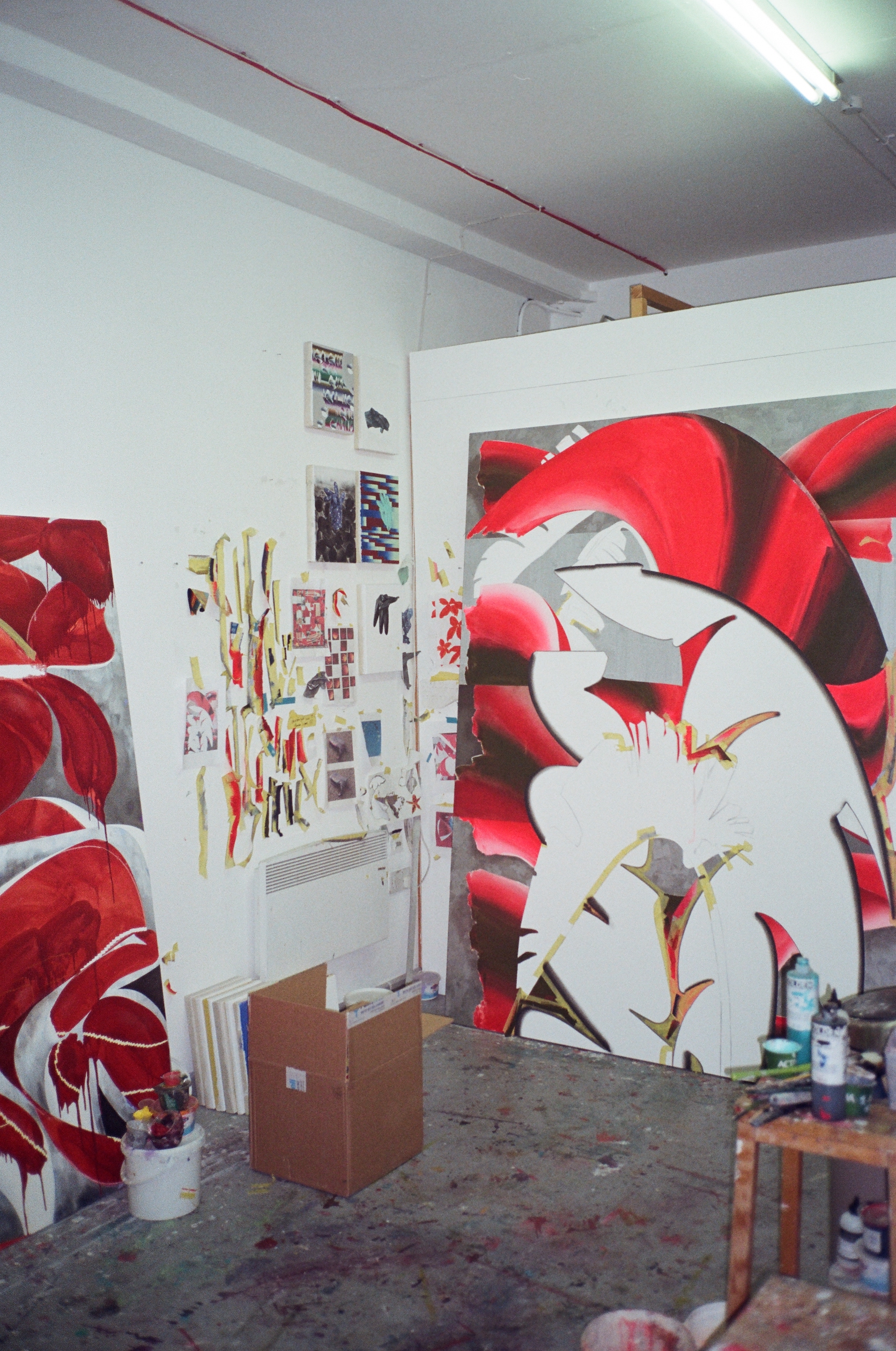 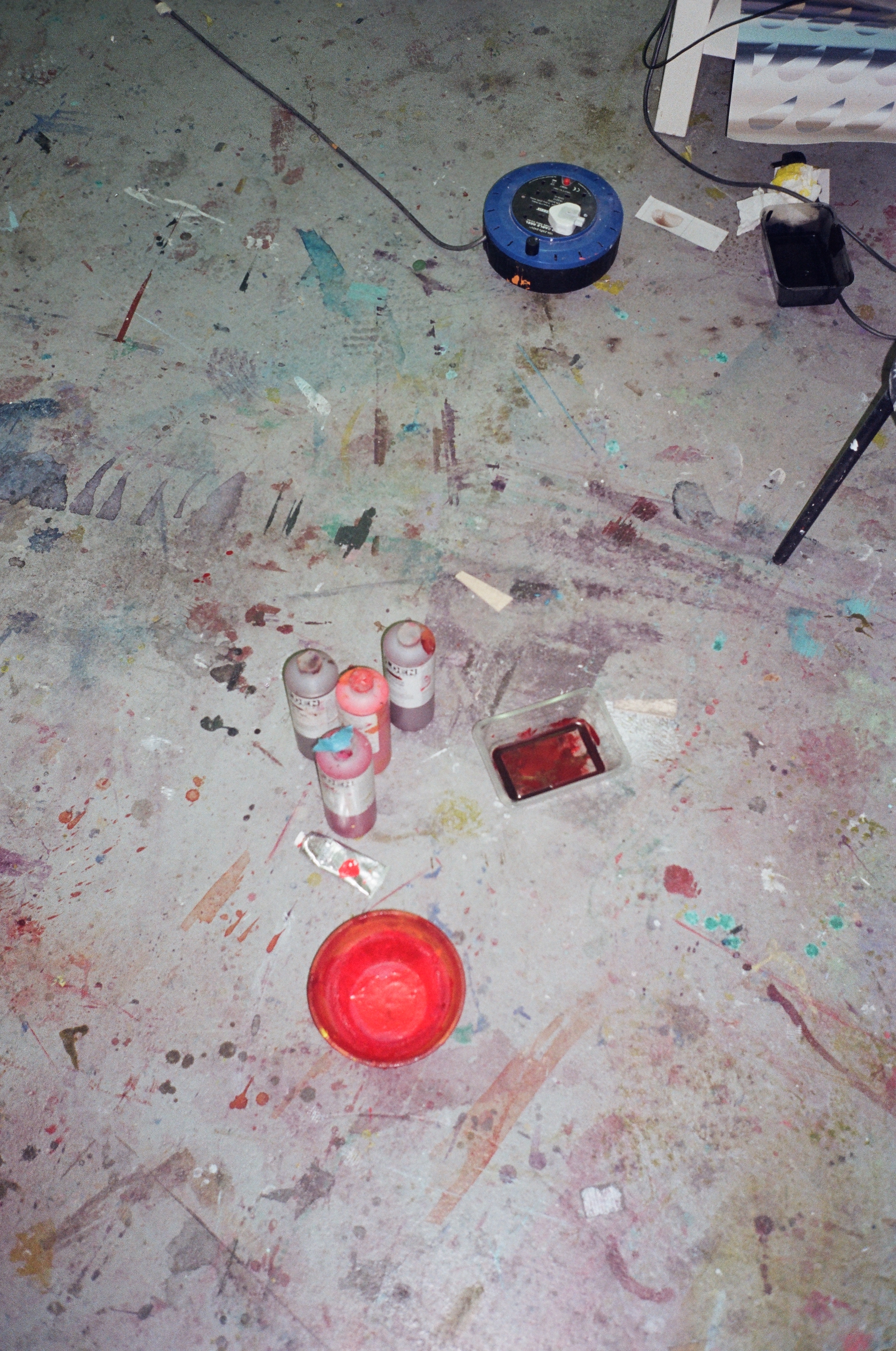