In the studio with Tom Polo. Words by Georgina Vardy

In the studio with Tom Polo. Words by Georgina Vardy

Painting has historical connotations as being one of the more formal and serious artistic mediums, your work seems to poke fun at notions of “serious art” and play a lot with irony. Have you always been drawn to painting in your practice or was it more of a self-conscious decision in terms of playing with conventions?

Painting, as an extension of drawing, has always been that space I feel most comfortable within, which I think is largely due to the immediacy associated with it as a medium. It’s what’s kept me coming back throughout my practice, irrespective of my conceptual maneuverers. It’s painting’s ability to facilitate the often impulsive way I work and still be a (somewhat) stable recording of that thought and gesture, in a specific time and place. Through the approach to the medium - be it painting on canvas, wall based works or more immersive installations -  I’m able to acknowledge certain conventions and histories associated with image making. For me, it’s important that there are different ways in for an audience to unpack a work, and its tone - serious or otherwise - can help do this.‍

In your exhibitions you like to use found materials and have done live paintings in galleries in the past. How important is it in your practice that you subvert perceived limitations of and traditional constraints of painting as a formal medium?

Sure, it’s important that I ‘subvert’ these limitations or traditions, but I wouldn't say I do it strategically - I think I’m just naturally interested in the properties of painting as image, as object and as action. And there’s certainly been a long tradition of artists, be they ‘painters’ or ‘artists who use painting’, who have expanded the ideas of what it can be for both artist and audience. No doubt there will be a whole lot more, too.‍

How do you feel about the idea of the gallery as the white cube and what is the ideal way you wish for the spectator to engage with your work in these kinds of commonly contrived spaces?

I think this relates closely to the last question about the perceived limitations or constraints around painting. Themes of expectation and time (practically and conceptually) are things I’m often thinking about, both in the making and display of my works. I’ve always liked that blur between the space of the studio and that of the gallery, particularly around the anxieties of production. What is made? Why was it made? When is it done?. I think it’s important that those spaces can at times be interchangeable and doing this shifts a certain responsibility onto an audience to decipher what they are looking at and how they are participating. It also heightens a sense of performativity that exists in the painting process and emphasises what these gestures or actions embody. In my practice, I speak about the theatrics of human relationships related to physical, emotional and social spaces, so I think when someone walks into a building that we’ve called a gallery and they are looking at paintings of people there’s going to be a pre-existing or heightened awareness of the staged nature of these things. And I like that they’re perhaps questioning that and the relationships between themselves and the works.‍

The titles of your paintings echo a sardonic sense of humour. But how much do you want or expect the title of the work to influence the viewers experience of looking at and interpreting a piece?

I think the titles are always important - they're almost half the work for me - and I like when they offer an ulterior reading to an image. Words are powerful and in this context, have the agency to shift our understanding of things, humorous or otherwise. The visual narratives in my paintings are intentionally left ajar and the addition of an emotionally-charged title shapes the reading of the work further - like a value that is added. There’s no rule in terms of how a work gets titled; sometimes the image comes first but occasionally words gleaned from research or my own writing or interior monologue guide whatever is happening in the studio.‍

The figures in your paintings are always unreal, they are deformed and disfigured. However, the colours you use and the absurdist notions evoked by text and titles seem to counter this element of the grotesque. Is this something you consciously are aware of?

I often refer to my works as ‘extensions of portraiture’. In that sense, while figuratively they may not be of some one specific, they are charged emotionally by fragments gleaned from people around me which is what produces these exaggerated caricatures of humanness. I think of them as stand ins- actors in many ways - for personas we encounter in others or present in ourselves. Put simply, each of us are the sum of many layers, so the meaning that accumulates in the colour palette, the titles or text  - juxtaposed with the physical forms depicted - all just add to the representation of how we may be defined. ‍

I’ve read that you have an interest in, and are influenced by, self-help books. Could you tell us a bit more about that?

Early in my practice - during which time I was working almost exclusively in text based paintings - I was interested in the rhetoric and language used in genres of self help and motivation. A lot of that research stemmed from looking at repetition as a tool to represent a corrosive type of anxiety, associated with the human condition. Simplified language, alliteration and hyperbole paired with flat, brightly coloured graphics were tools used to reinforce the changes deemed necessary to follow, in order to achieve success.‍

Could you name an artist that you admire that might surprise us?

This is tricky because I’m not sure it’ll surprise you. But, Martin Creed. How’s that?‍

Your work relates to the insecurities and instabilities of the human condition shared by both you and the viewer. In this way do you see your work as being particularly personal? And if so do you believe that the personal is political?

I’d say my work has always been personally driven, but I don't think I’ve always been of the mindset to express it as such. More recently though, I think I’ve developed ways to embed myself more and more into the work, be it through subject matter or the hinting of a particular anxiety in an artwork title. Small things - some text messily disguised as a pattern on the dress of a figure, a visual reference to my mother’s hometown, or the use of colloquialisms from my Italian heritage - help bridge the space between ideas that are internalised and those that are expressed. For me, the manner in which my practice lets me share my own ideas with an audience who engages from their own lived perspective, means that the personal is political, even if those politics are constantly shifting or even challenged. The point at which the work becomes the impetus for discussion, is positive and significant. 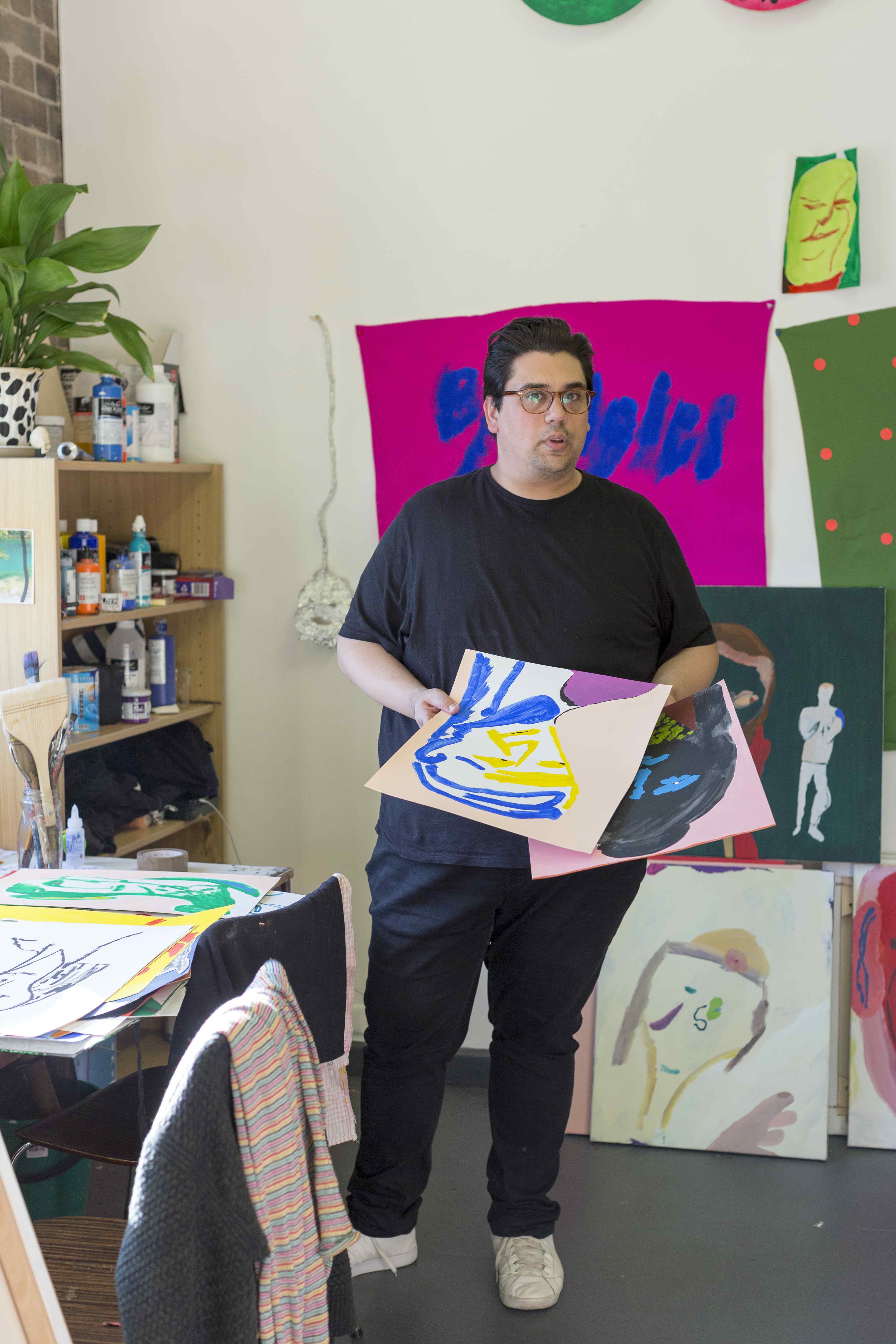 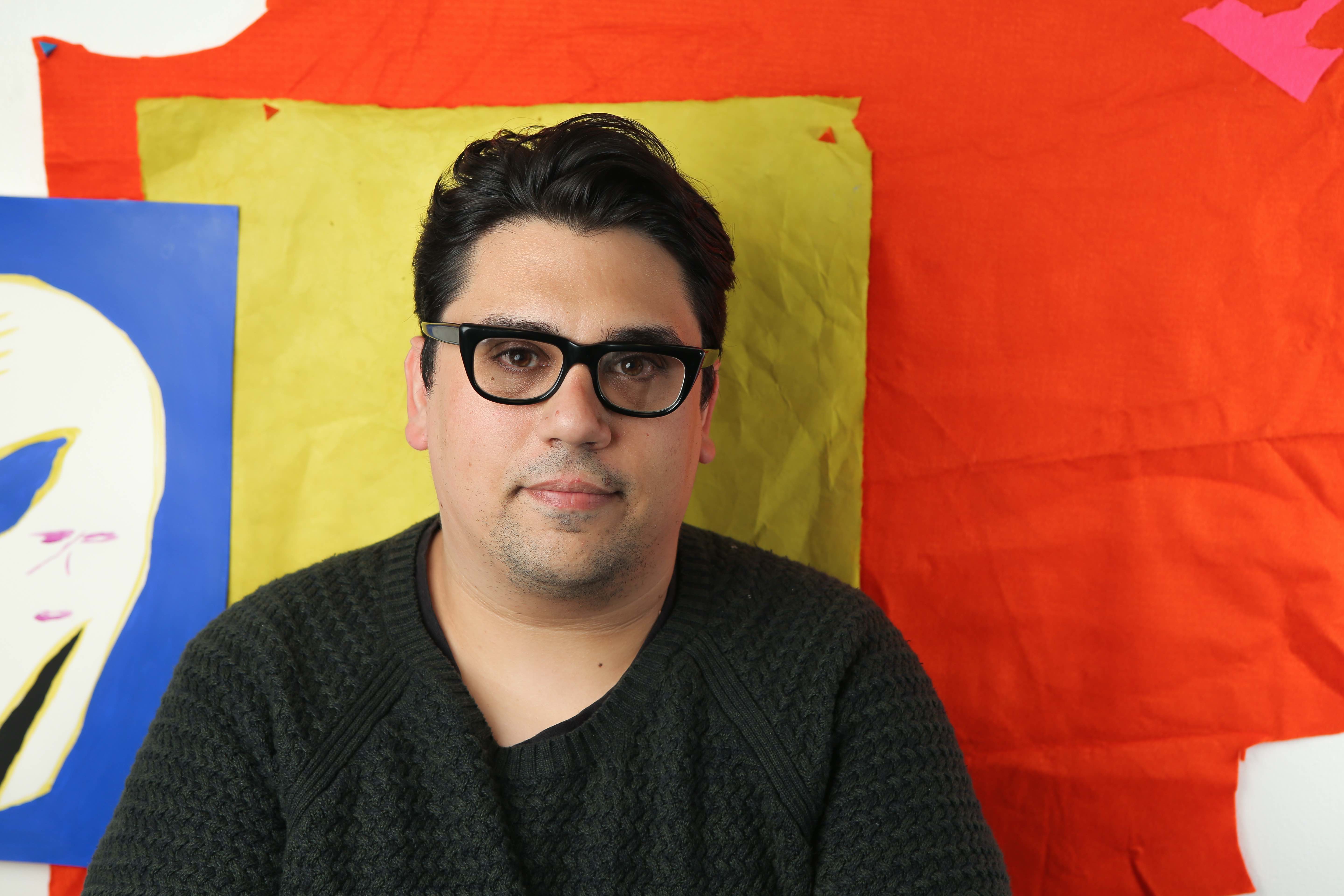 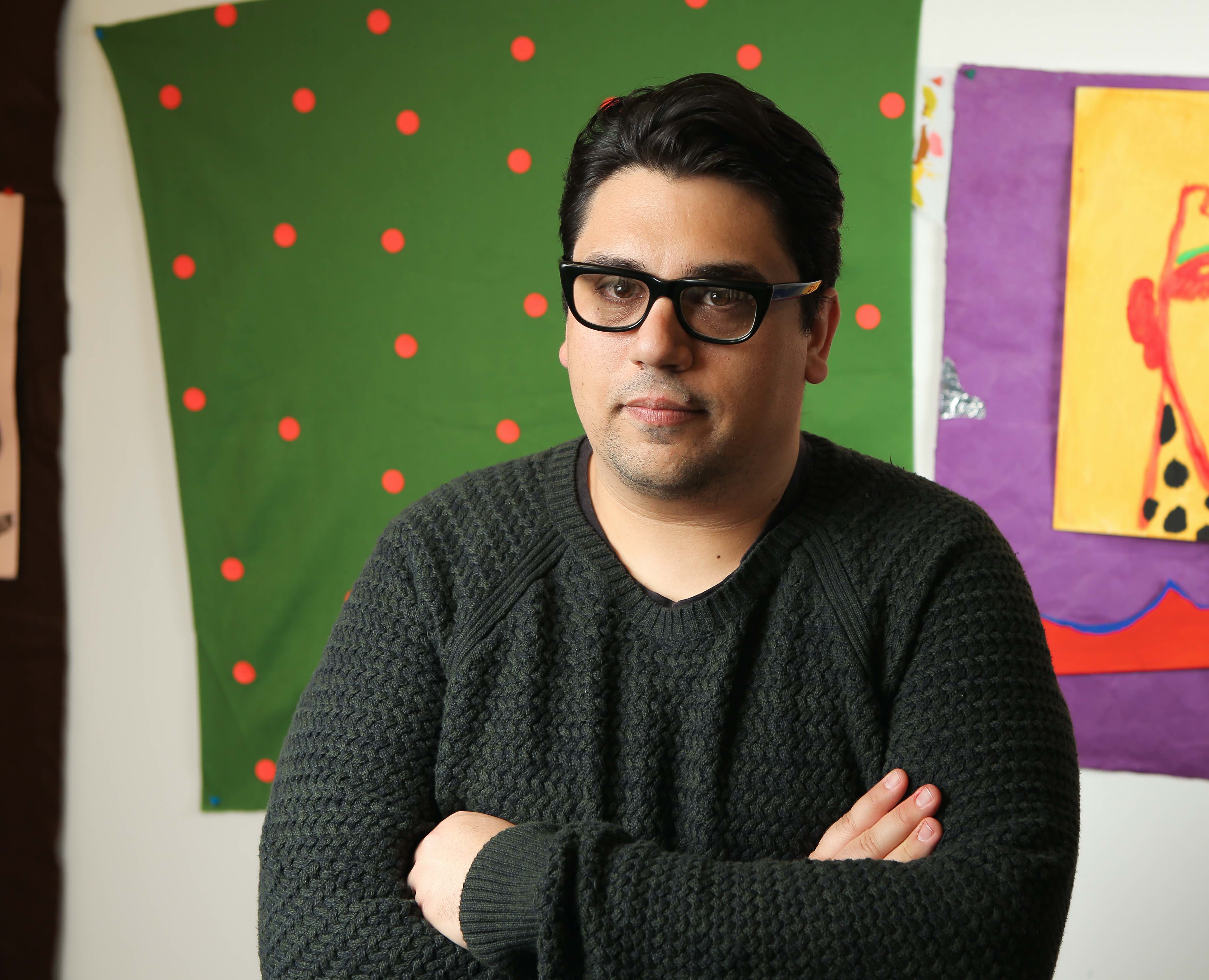 No items found.
Photos by Jessica Mauer and Maja Baska