In the studio with Steve Hubert.

In the studio with Steve Hubert.

Brandon: When I think back about our friendship I remember early 90’s coffee shop culture. I noticed you spending many hours sitting at a table with an ashtray, a coffee cup, and a doodle pad. I remember some of those early doodles. The melancholy. The bloodshot eyes.

Steve: Those drawings looked like goth versions of Simon and Garfunkel you might say. I do think there was a brooding romanticism in my teenage self. And I was extremely upbeat. I was reading Kurt Vonnegut. And Kahlil Gibran. It was a time of opposites!

Brandon: And you had a band.

Steve: Well, in fact, we started that band specifically so we could play in the coffee shop where you worked. There weren’t any other ambitions with that group. We wanted to play in that coffee shop. It was the 90’s but we didn’t like grunge. No guitar solos. A lot of spoken word and improvised stories. Somehow we thought it would be a good idea to do a cover of the Pink Panther (laughing). But after The Rhino the art idea sat latent for a few years until one day I heard you had a show, it was at the old Tracey Lawrence space. And the stuff you were working on had patterns, there were folksy found objects, it seemed to be connected to your immediate milieu, the farm, mixed with fashion and design, earnest and well-crafted, but satirical. It seemed like a conversation between you and the past and the present, painting-wise. This whole pot of information. It seemed to do something, capture an experience, in a way that the essays I was writing in school couldn’t.

Brandon: I blame a little bit of that on art teachers.

Steve: Hey ouch! Elaborate on that. Are you saying you were paying too much attention to history?

Brandon: Interesting work can come out of that for sure, and I was happy doing that stuff, but I feel like the work could have been more genuine. That’s where I’m at now, even if it ends up not being what the institutional minds are looking for.

Steve: I think that’s the struggle. Having a vision but then feeling like you have to work it into this larger discourse. In school, I would try to have a great idea, and then execute it, thinking this would be a sign of rigour. But it made me bored because I wasn’t surprised by the outcome. I don’t know exactly when it started but the idea of going on my own trip, just picking a starting point and seeing where it would lead me—that took over. But I also think it’s important to be engaged in context too. So it’s a balance. A problem to solve.

Brandon: Tell me Steve. If you could spend some time with a painter who would it be?

Steve: Winifred Nicholson, she’s probably one of my favourite painters. I’m really attracted to her still lifes with the windows. The subject is so natural for a painting. They aren’t trying to be more than that, except they totally are more than that. You can sense the imprint of the act of seeing. They are fast and slow at the same time. Painted on an easel.

Brandon: Do you consider some of what you’re doing easel painting?

Steve: I do (laughing). Thank you for asking. But instead of an easel, I’ve started to just hold the small ones at the bottom left corner so I have to paint around my thumb. You don’t notice it at first until you see a few of them together.

Brandon: I’m always curious about your subject matter. Because there’s a wide range. Are you motivated by something you’ve seen? An image or something from the day or something in your mind?

Steve: Honestly, everything goes into it. I’ll tell you what happened yesterday. I mixed green and red to make this terrific grey and started drawing some curved lines and what emerged was a meandering river. Then I plopped an oval, here, near the middle and it looked like a lens so I added some wires to connect it to a branch. And soon the river was gone and it flattened out into these ledge shapes anchored by the edge. I like that one because it started out one way and ended up being more of a scientific instrument.

Brandon: I see you doing something like this in your sculptures too. There was that whole contraption with the ski boot and smoke and a pool and a door all connected together.

Steve: I found all the parts for that one in our alley. I especially like equipment of some kind, for sports, or technology, or sound, because it comes apart and you can modify it. Then I might put it together as some kind of system. The e-cigarette in the boot that made fog come out on a timer. The Arduino processor makes a lot of cool time-based relationships possible.

Brandon: Since you’re often working with whatever you find nearby, or in a limited window of time, because of time constraints like work and family, it makes me wonder: if you had unlimited resources what would your work be like?

Steve: I think some things would change. But also it’s the immersion in my everyday life that gives me the ideas so it’s hard to say. But I think I’d follow my trips further, for longer periods, and maybe things would become bigger or more complex. Maybe I’d add an industrial process or expensive material. But it would have to come for a reason related to the experience of making things. Not just to be impressive. The method would remain the same. I’d make more large paintings because I like those better for how I do things: I like to start in a corner and work here and there without ever backing up to see the whole thing at once. So bigger is better for me because I can’t make judgments as quickly.

Brandon: This reminds me. You took a trip with your family to visit all these different public artworks a while back. I wonder are those large scale works something you see yourself fitting into?

Steve: Yes, works like Noah Purifoy’s sculpture garden in Joshua Tree and there was a heavily-mirrored pavilion by Niki de Saint Phalle in Escondido. I loved those. Also, I was lucky enough to attend Martha Becket’s one-woman show in Death Valley Junction. Her final performance. At the end, I remember someone asked what her advice would be for a young artist or dancer and she said: “go out into the desert and find a building where you can perform.” Which is exactly what she did in the 60’s after leaving New York! So I went and did just that—I found this abandoned building, actually, it was only about 500 feet from her opera house, so I didn’t try that hard—but I started making drawings there, for the first time from my mind, because that’s all there was—and that taught me that it was ok to trust in the process.

Brandon: Somewhat unrelated. I find I’m in need of a good acupuncturist.

Steve: Oh you mean a chiropractor (laughing)? Yes. In fact, I did have a back problem that was solved by the great Victor Sam, a chiropractor near my house. So that experience prompted me to start a theatre group with some friends, The For’er Players Theatre Company. Our first play centred on a chiropractor who liked to sneak into people’s houses, crack them in a special way to keep them awake, but frozen, so she could recite her own poetry to them. So yes Brandon, even a chiropractor can set you on a course. 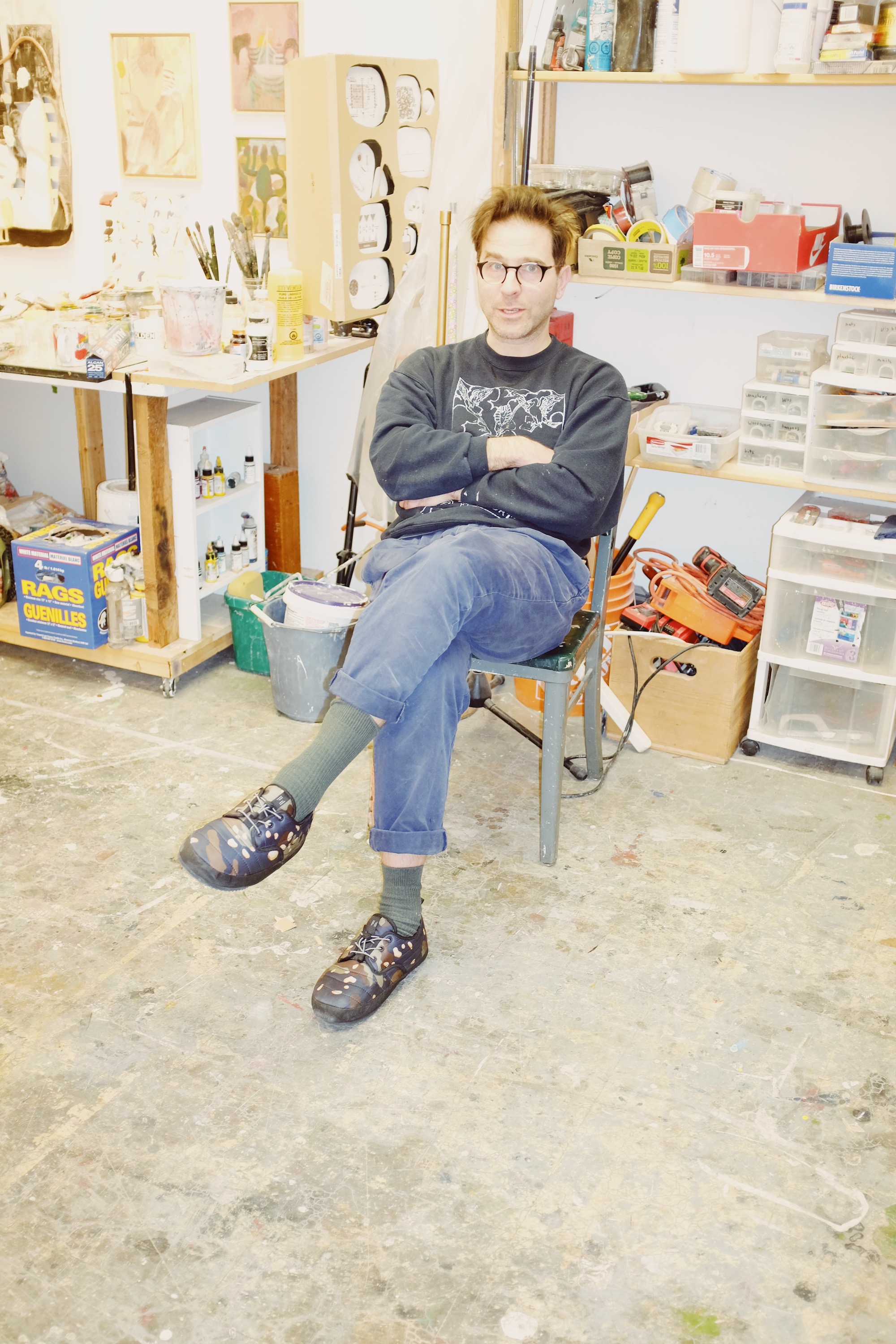 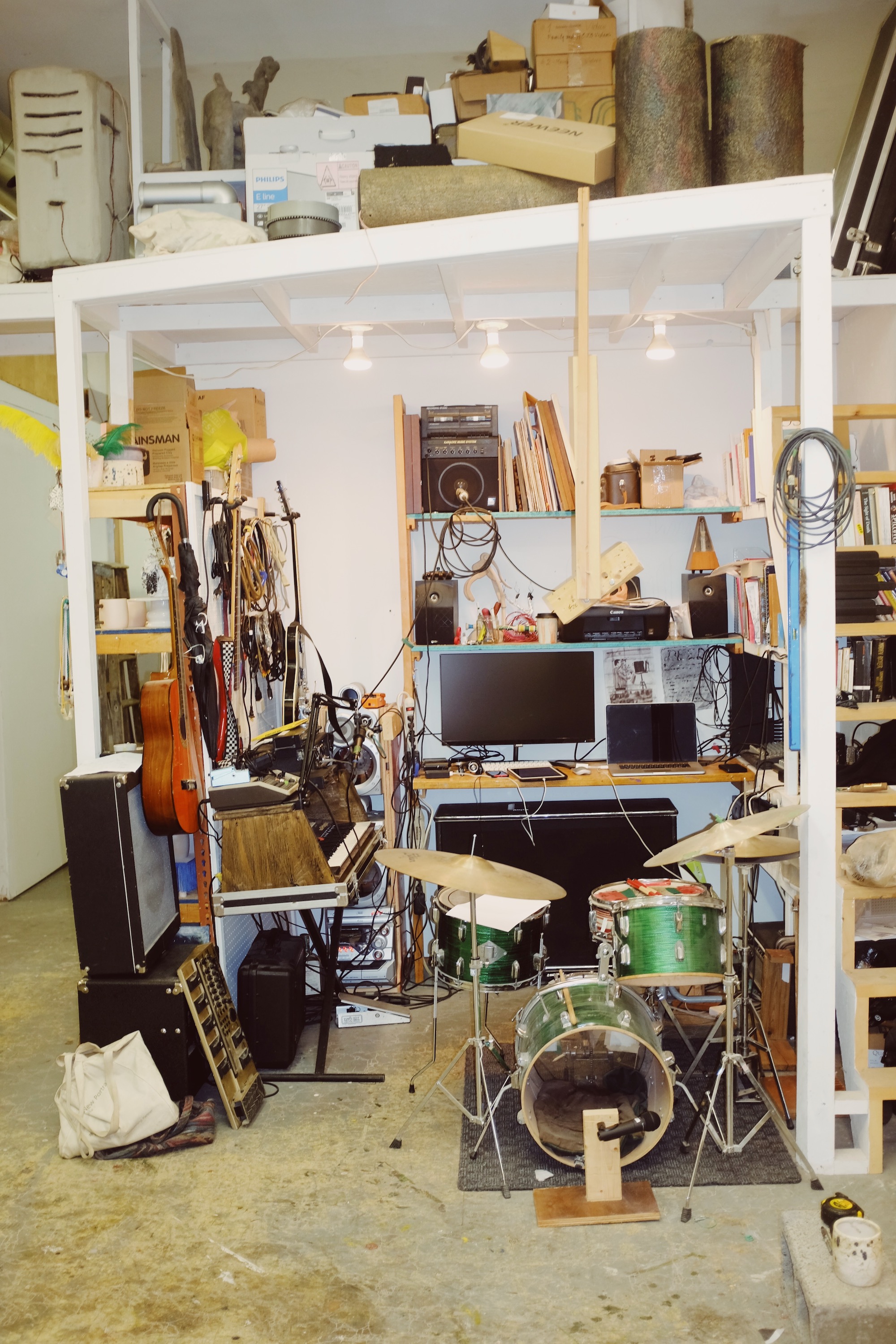 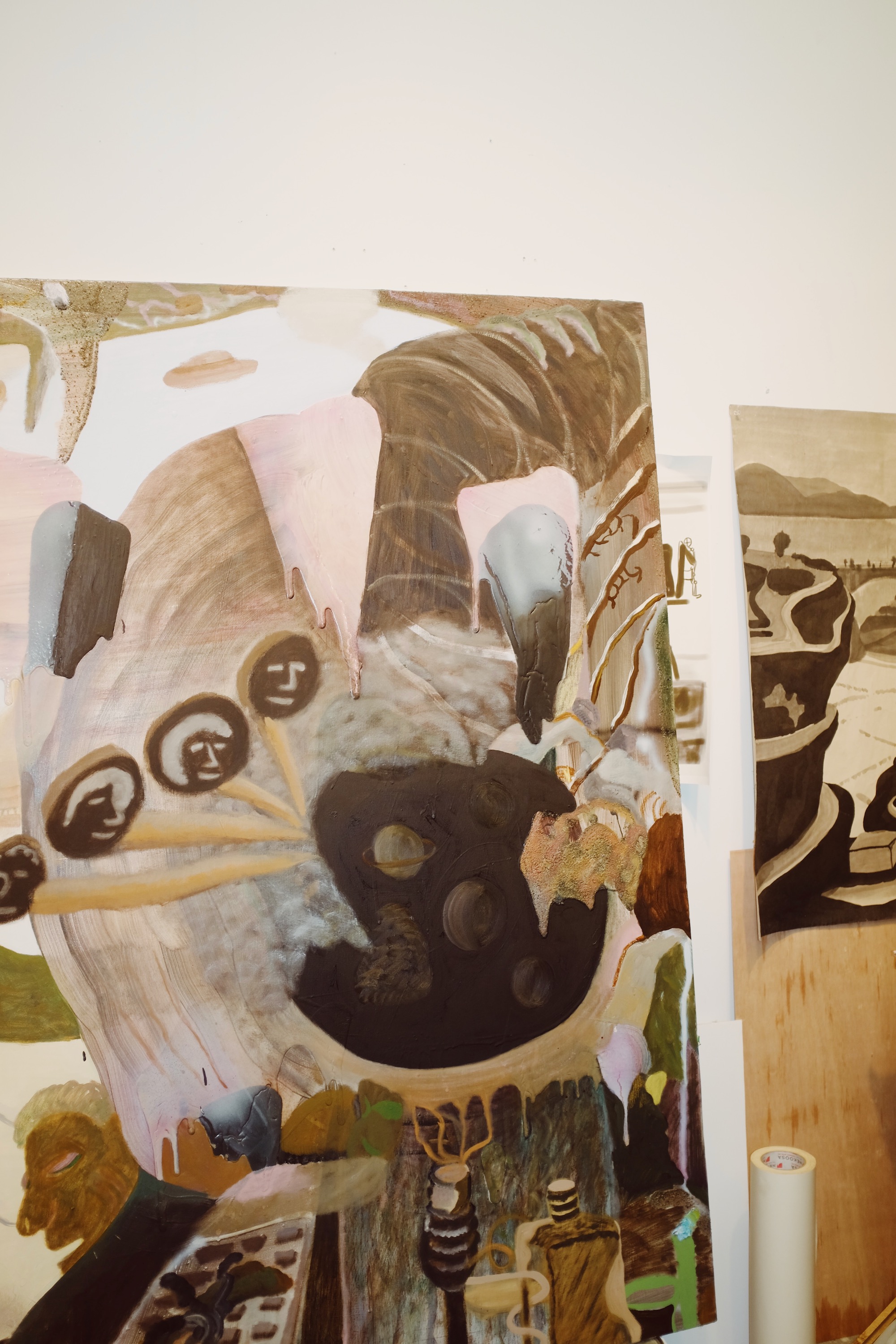 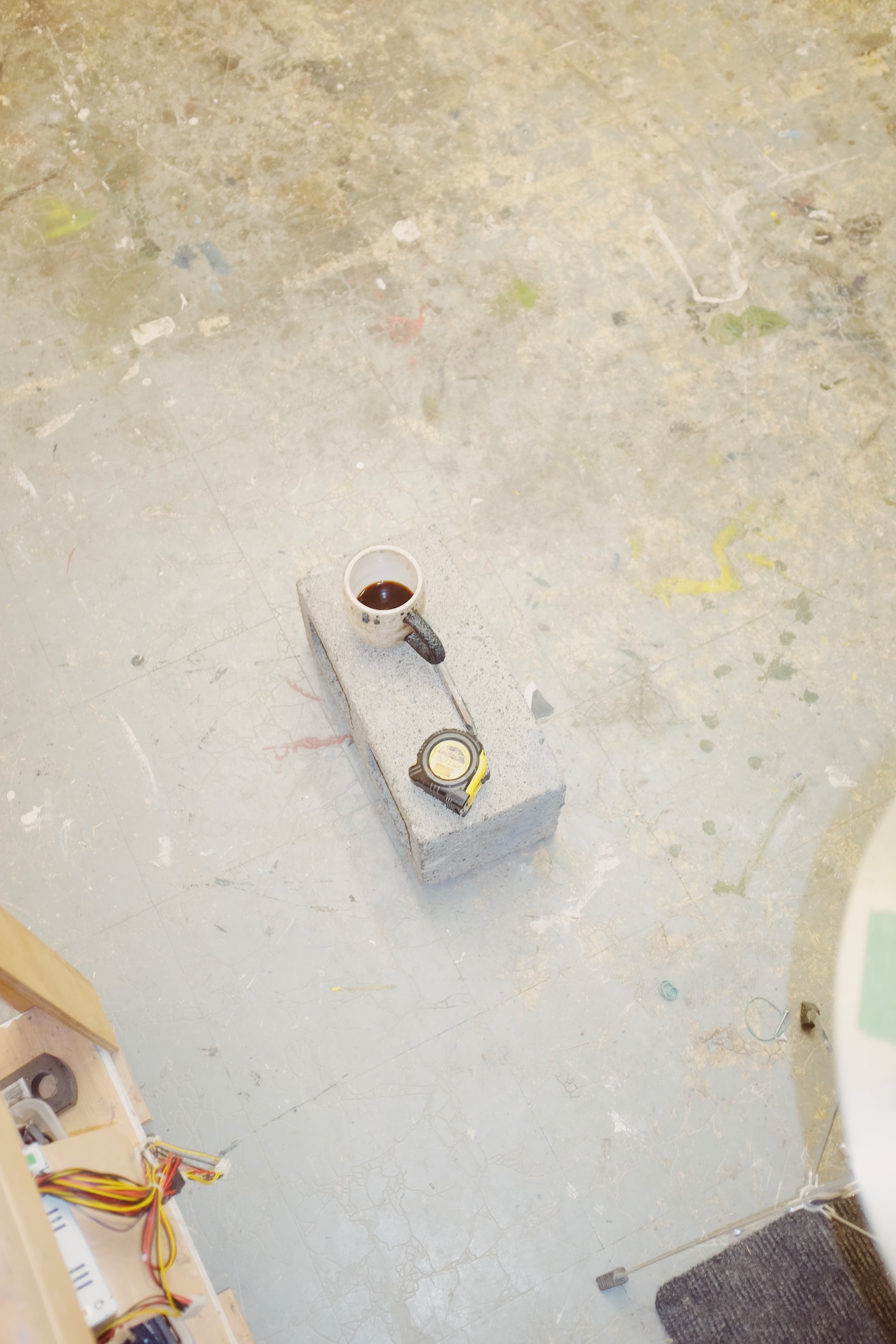 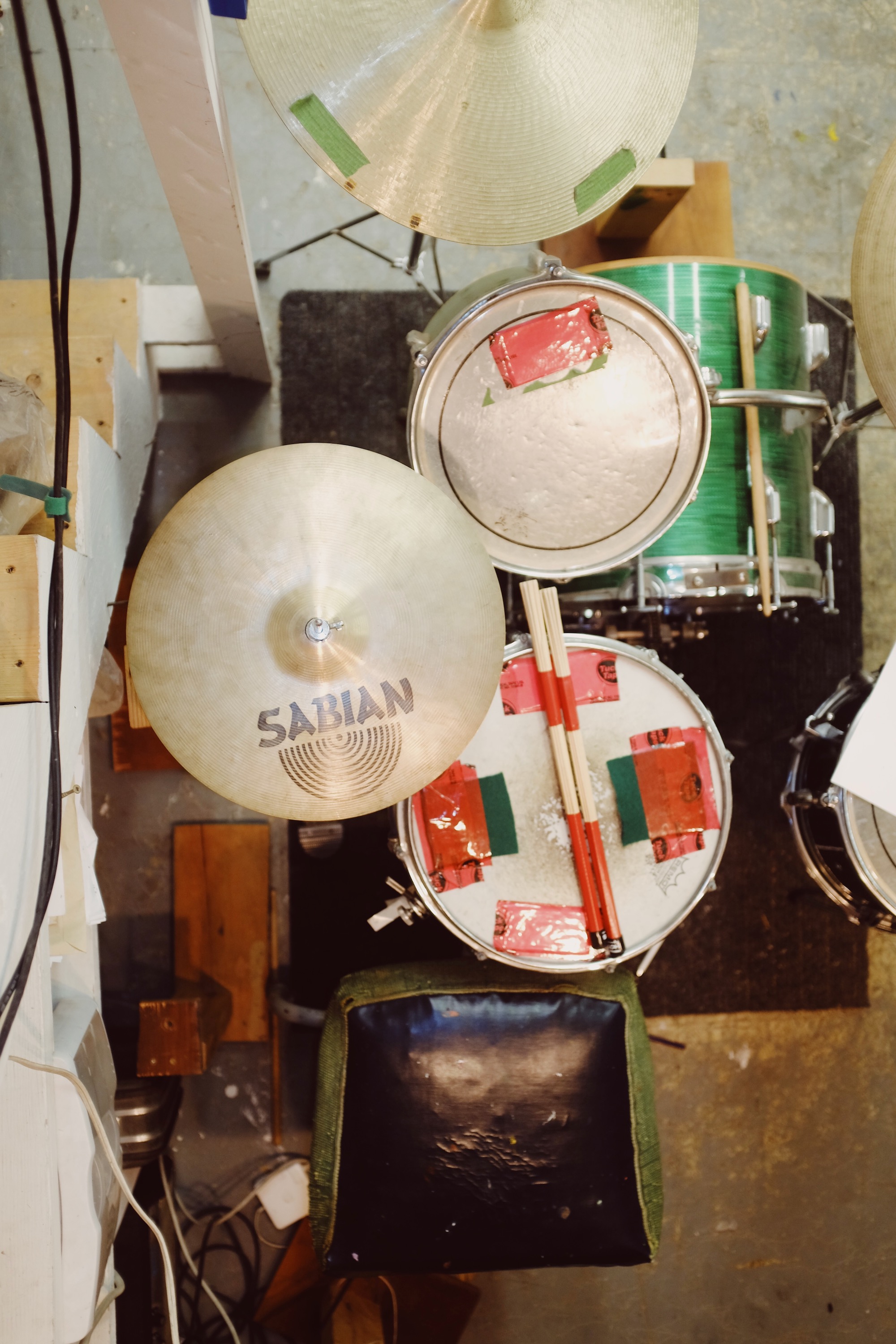 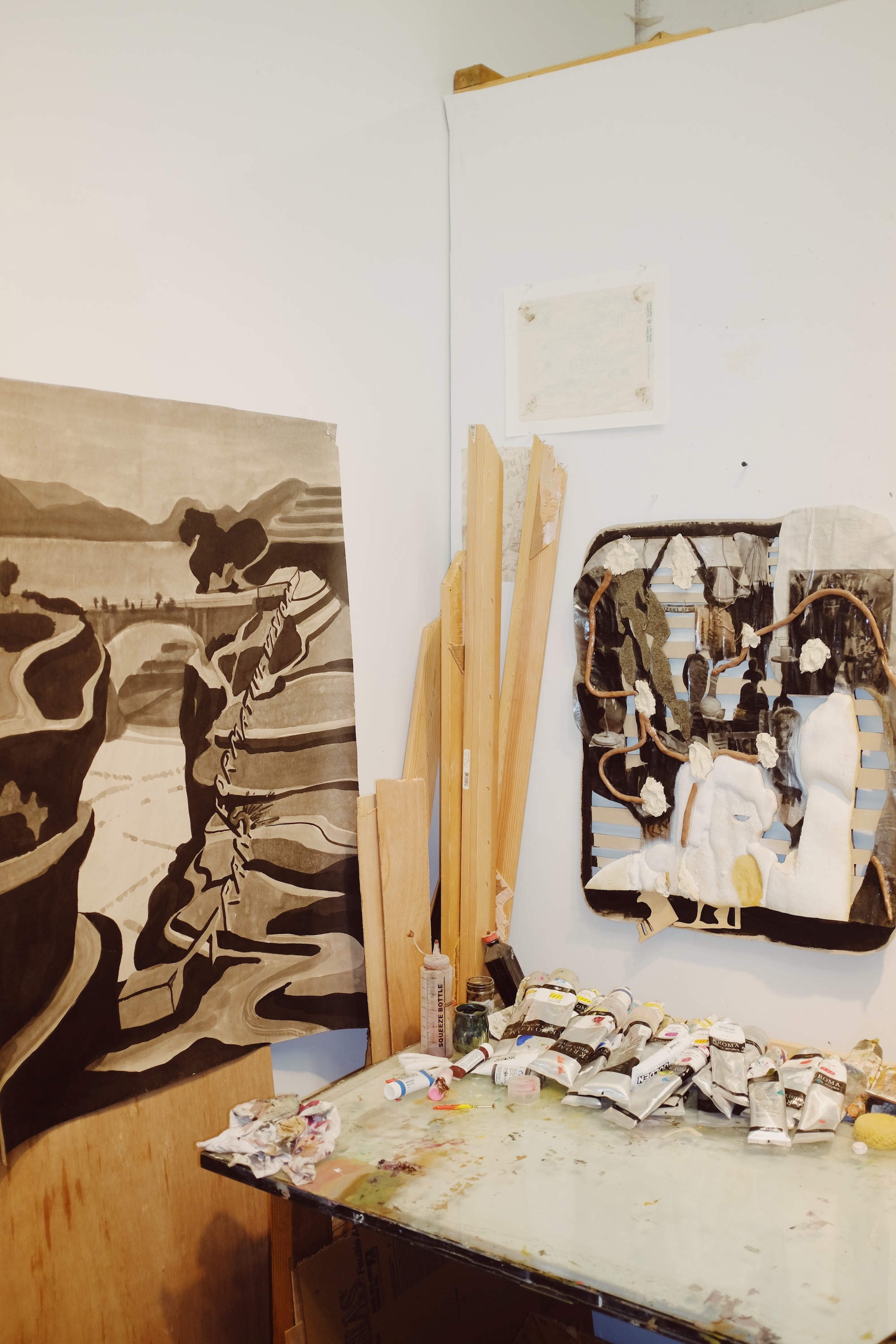 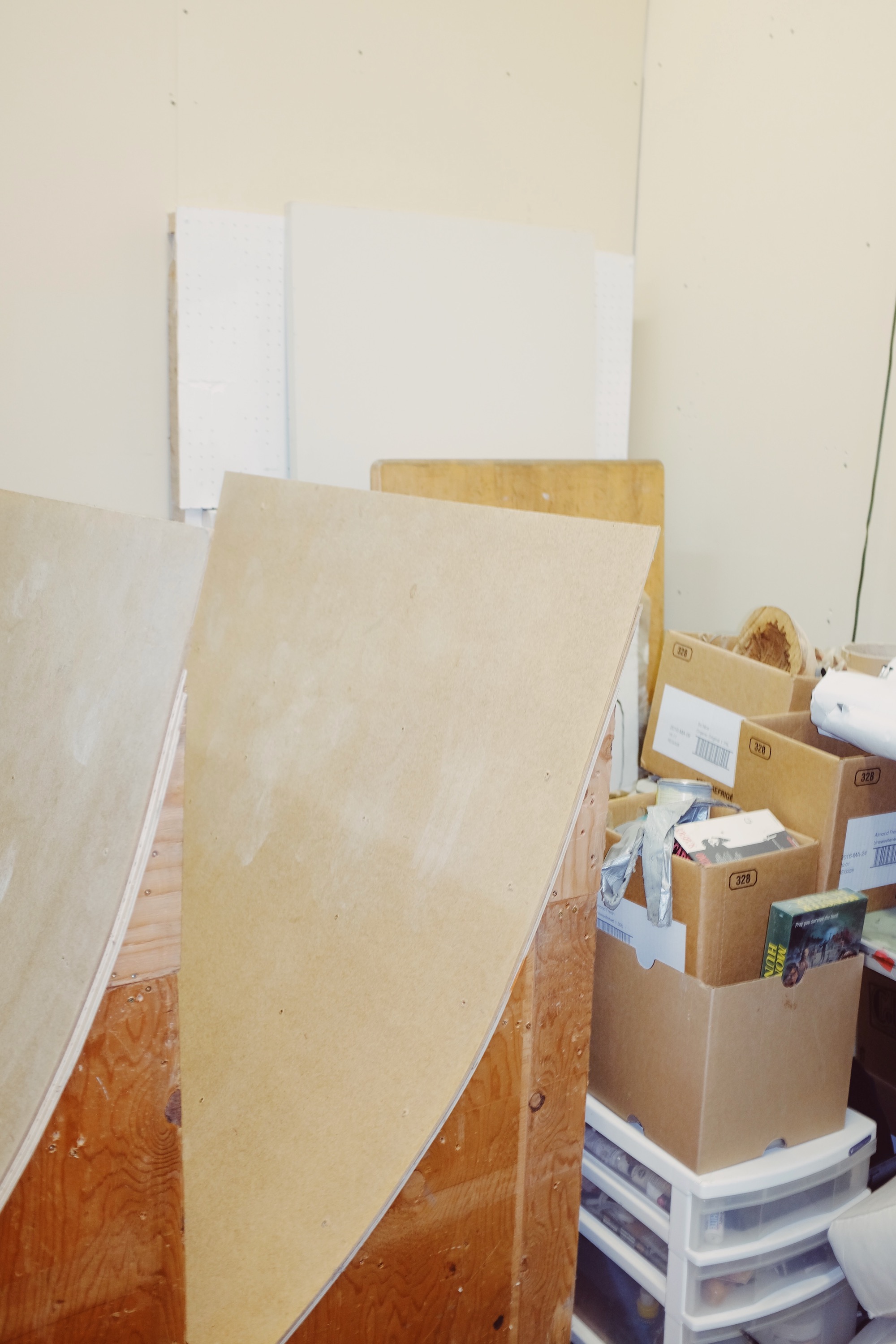 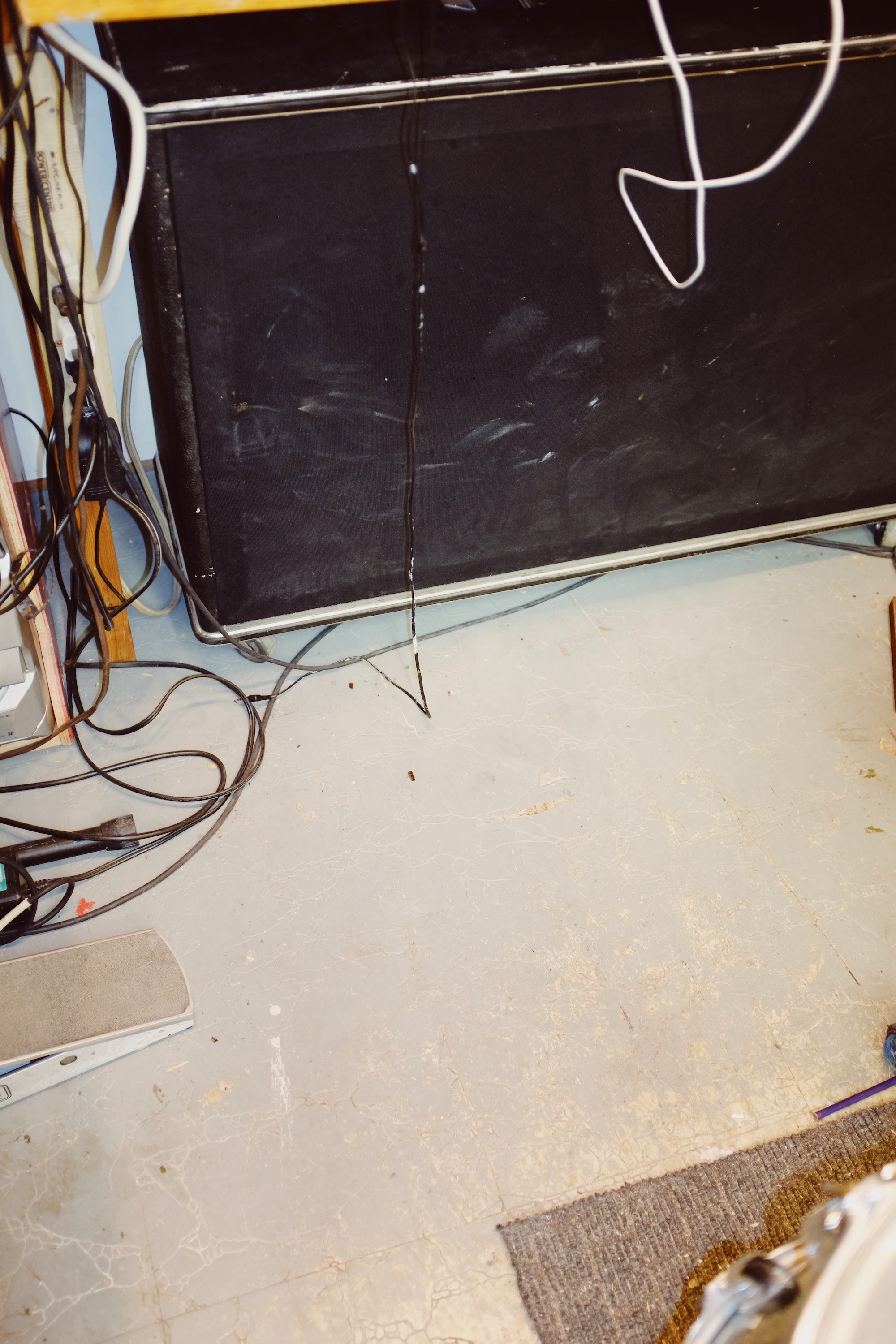 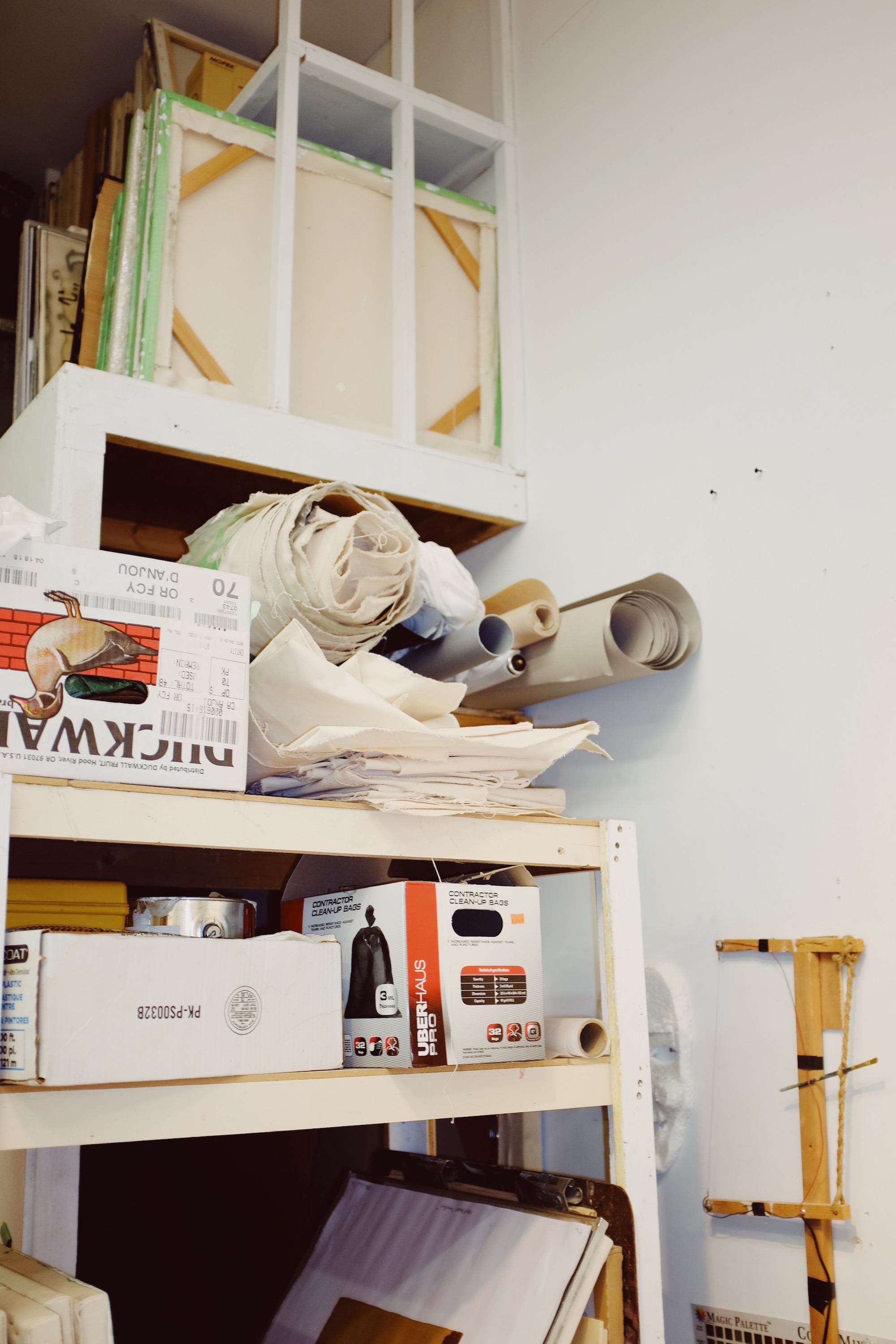