In the Studio with Robert Longo.

In the Studio with Robert Longo.

You have a show at Pace in New York, your first with the gallery. Can you talk a little around the concept of the show and how this series of charcoal works came about?

This exhibition present's the final instalment of my “Destroyer Cycle” series, which I began in 2014. These large-scale charcoal drawings consider freedom of speech, protest, as well as American power and violence. This series was born out of my frustration with the state of this country, but ultimately the work conveys a sense of hopefulness.

I understand this is also the first time you will show charcoal work from this series without them being framed. What was the thinking behind this decision?

This is only the second time I’ve chosen to present these works without glass. The only other time was for my “Gang of Cosmos” exhibition at Metro Pictures in 2014, which focused on my drawings of well-known Abstract Expressionist paintings. Viewers often mistake my charcoal drawings for photographs. Removing the glass is part of my attempt to urge the viewer to take a closer look, and an attempt to further counteract our pervasive culture of impatience and to slow down the image storm.

Looking back on your life as an artist and going back to your upbringing, was there ever a specific point where you knew that you wanted to be an artist?

The late 1970s and early 1980s were times where your work became widely recognised and praised. What was the arts scene in New York at that time like? How do those days compare to the art world of today?

I was a part of a very lucky generation of artists. There were far fewer galleries and artists in New York at that time than there are now. I think we were less focused on making money than artists are now. We just wanted to make enough to support our art. I worked as a taxi driver when I first moved here. The art world has become decentralised. New York is no longer at the centre of the art world.

What do you feel it was about your widely acclaimed "Men in the Cities” series, also produced at that time, that resonated so well with the wider world?

I’m really not sure why exactly this series became so popular.

You are well known for your consistency and loyalty to a particular material, charcoal. What first drew you to its use? And what keeps you coming back to it?

When I first moved to New York, I was working at the performance space The Kitchen. I took home some backdrop paper, and I started to draw from pictures that I had found in newspapers and magazines. Charcoal is inexpensive and was readily available. I realised that drawing was this medium that existed between the pillars of the high art of painting and sculpture. It is essentially a disregarded medium. The possibility of amplifying it is exciting to me, and it’s particularly ironic to amplify it using charcoal–fragile, burnt dust.

In regard to the source material, especially for this recent series of work. How is it gathered and compiled and what informs what is used?

When I have an idea about a subject I want to explore, I search for images that get as close to the image in my mind’s eye. I find them in the vast visual landscape (newspaper, magazines, the internet, etc.). Then I buy the rights to the source image, and proceed to assemble, edit, alter and manipulate photos. Every image is highly altered. Then I make two or three studies before producing a large-scale charcoal drawing based on the image.

Do you think it is important that art does have a degree of political narrative, especially in these times?

All art is inherently political. As an artist, I feel a moral imperative to preserve the images of our history with the hope that something will change.

Your process is intensive and extremely technical, due to its nature. Are there any constants or certain routines that you always follow in the studio?

I listen to a range of music while working in the studio: Yo-Yo Ma, Nick Cave, Bach, Godspeed You! Black Emperor, John Coltrane, Swans, Jay-Z, and Eminem. Music is like the gasoline that keeps the engine running.

What do you feel makes a work of art successful?

Impactful art is both highly personal and socially relevant. And the most effective work convinces the audience to spend time seeing what they are looking at. Artists make so that people can see. 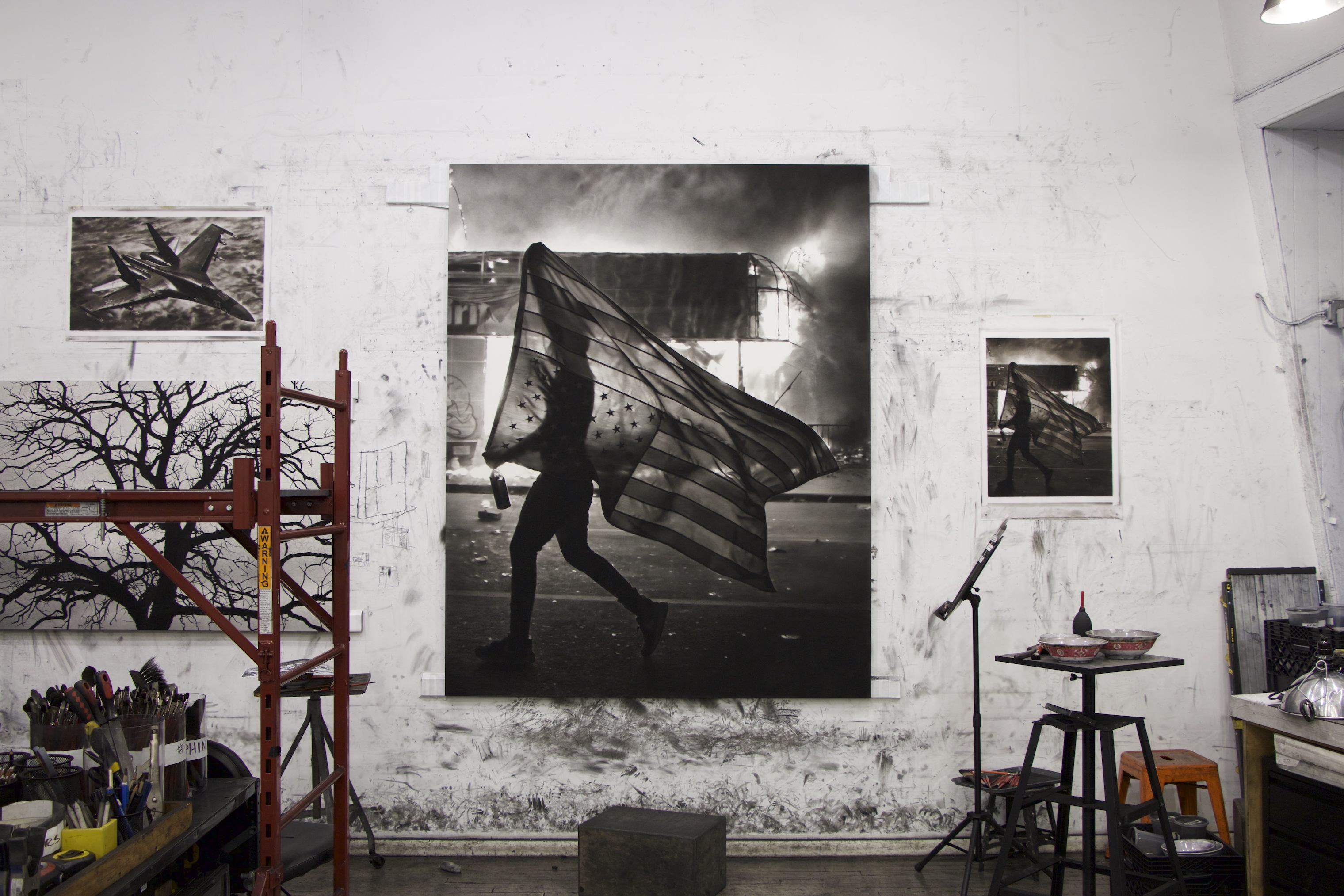 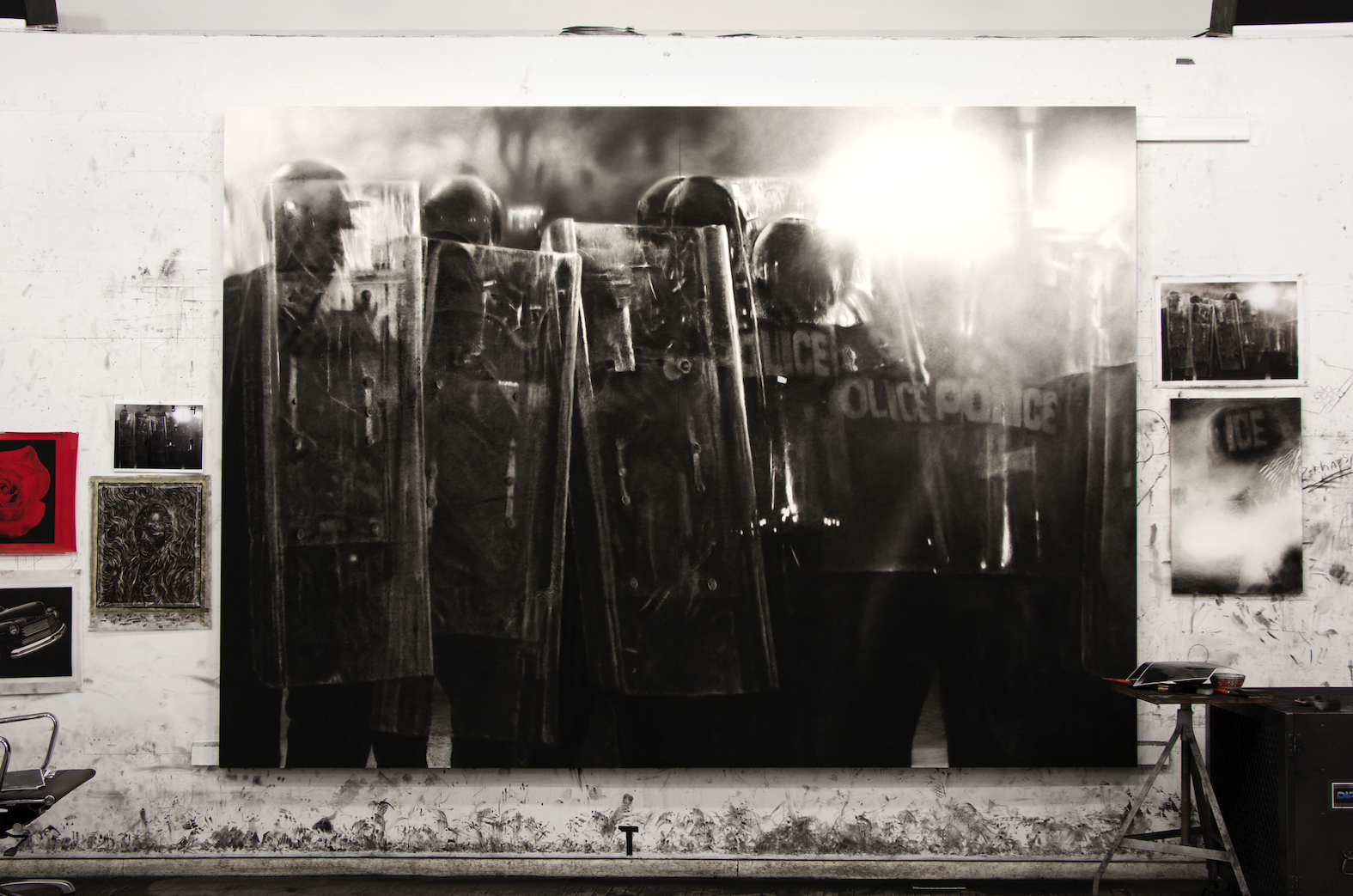 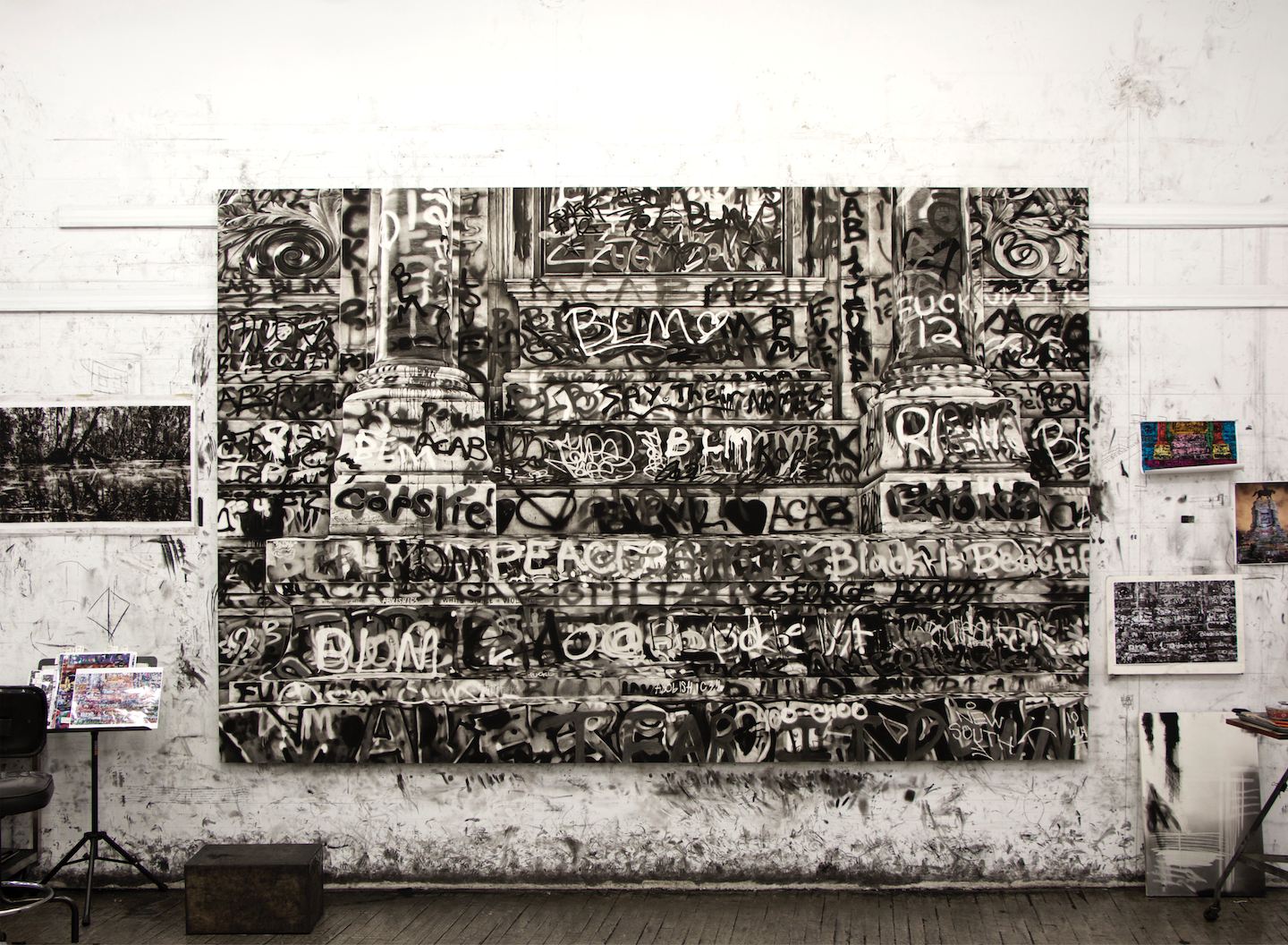 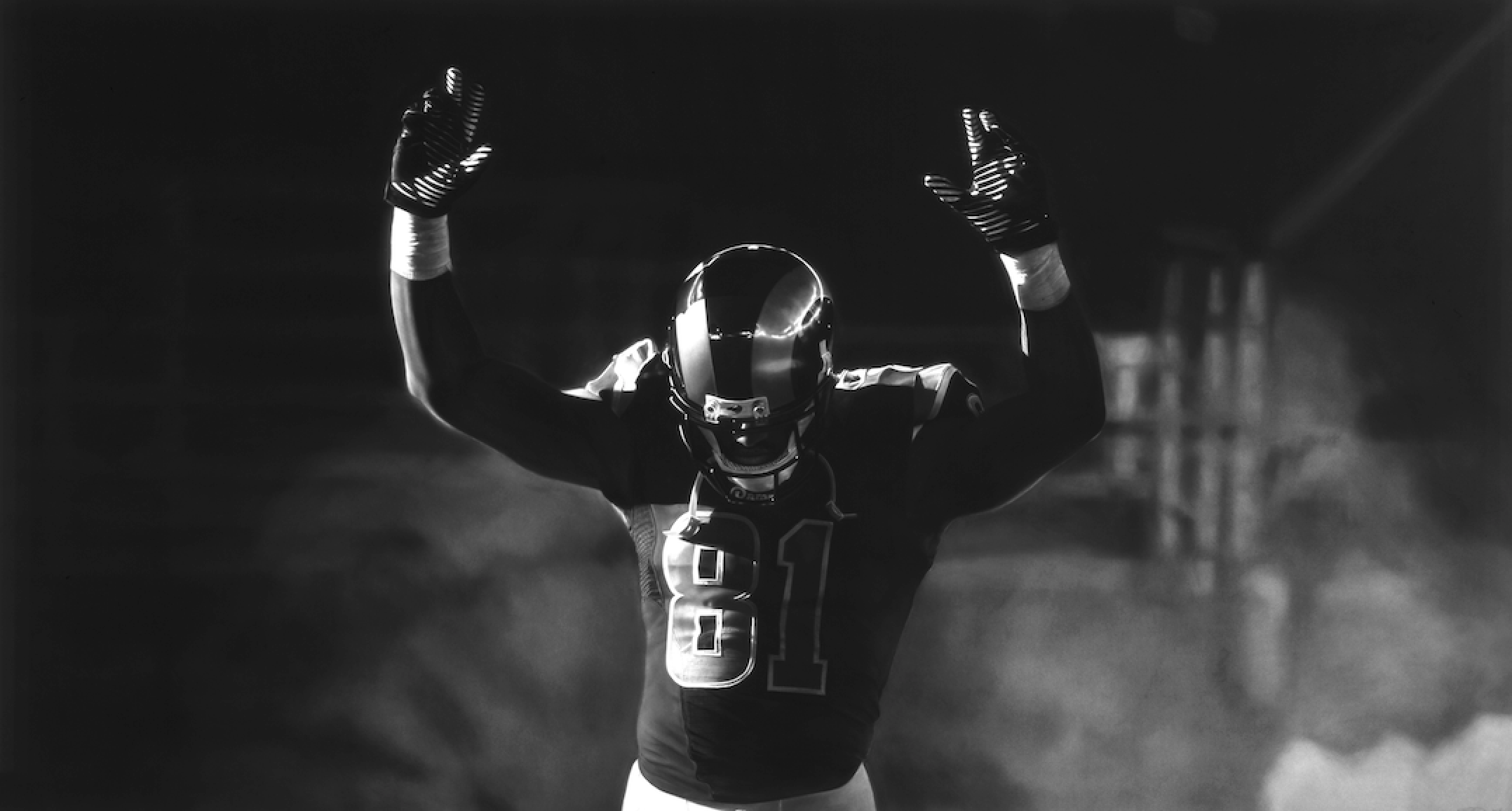 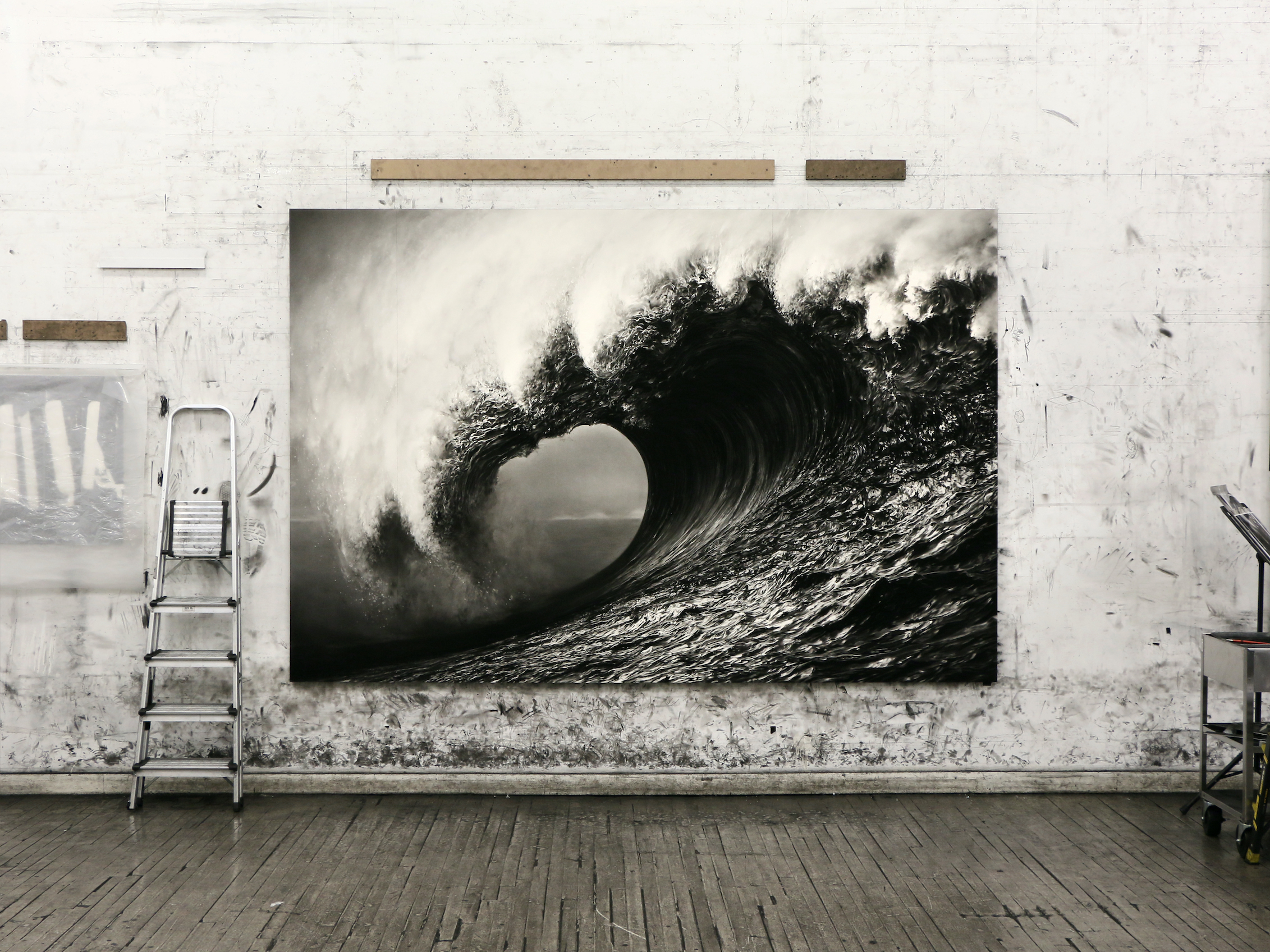 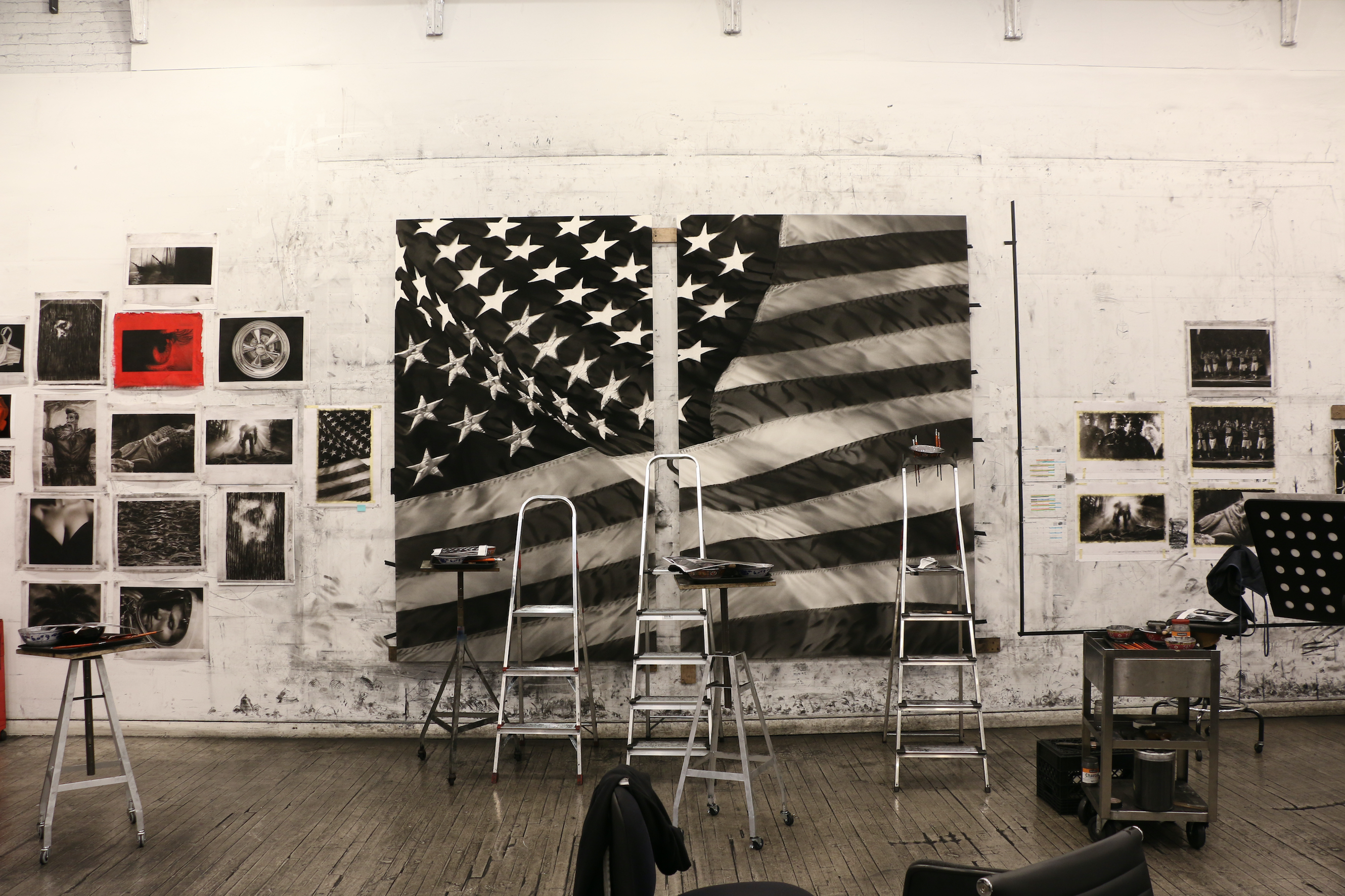 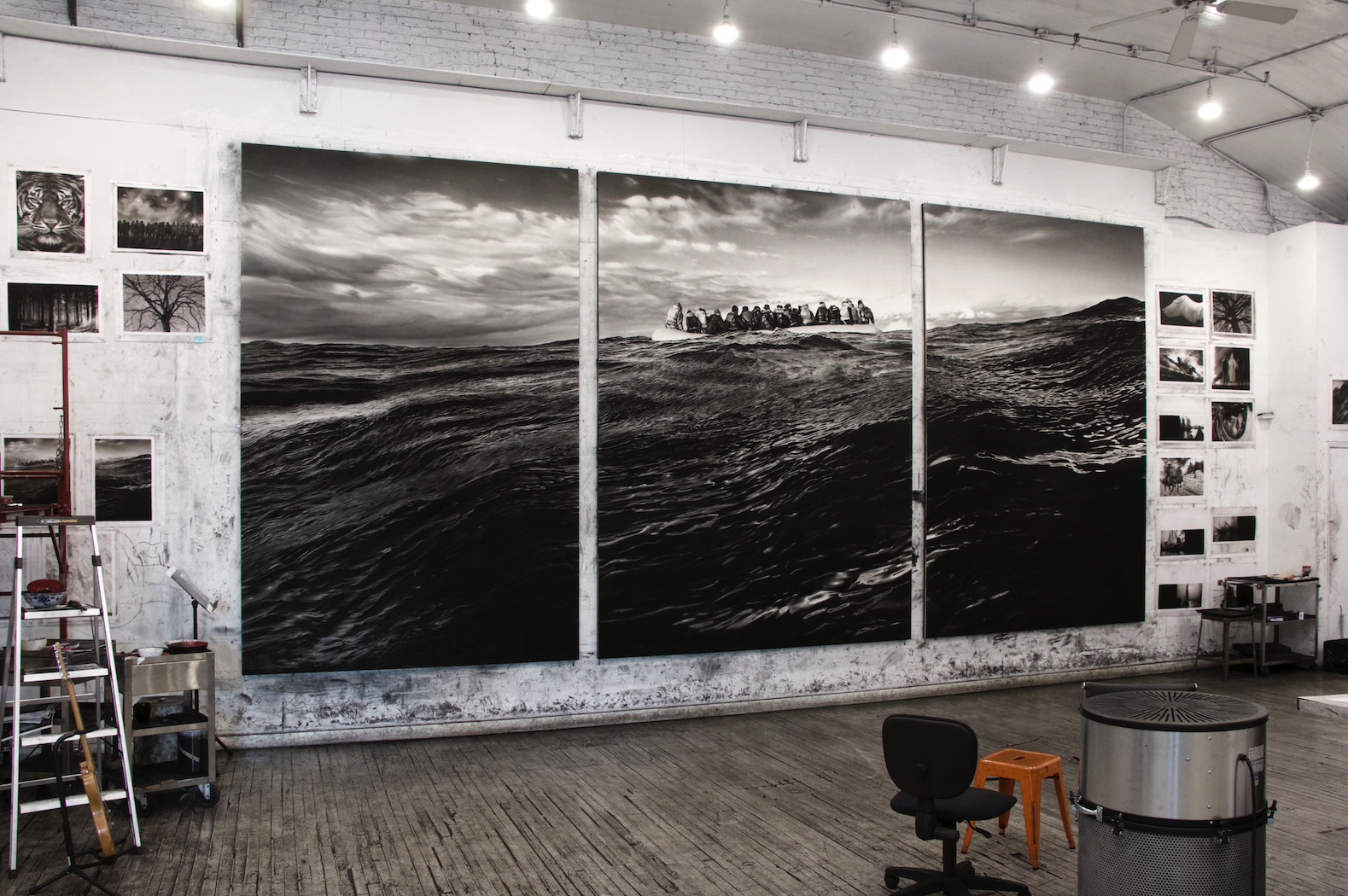