In the Studio with Mandy El-Sayegh.

In the Studio with Mandy El-Sayegh.

I want to ask you first about the recent group show you were part of and that was featured in émergent Magazine, issue 6, “A focus on Painting”, at Thaddaeus Ropac in London included a number of your Net-Grid paintings. How did this ongoing series of paintings first originate and what is the inspiration behind the “nets” that appear so vividly on their surface?

I’ve been using the ‘grid’ that appears in the Net-Grid paintings for 15 years now. Originally I was referencing a tailor or seamstress grid, a 1cm squared red grid on white paper used to cut parts for garments. This simple structure was used as a hook to investigate a sliding scale, a spectrum from the literality of a mesh that catches matter toward the abstract or schematic. The resulting Net-Grid paintings are a grill or vent – with a porosity, a transparency, and a barrier function, which frustrates reading.

You have also just completed a project at Harlesden High Street, the site-specific installation ran over 2.5 months and the project was titled your words will be used against us can you expand a little on its concept and how it came about?

your words will be used against us is an iteration of the performative work that started at Frieze LIVE (2020) in London, titled your words will you be used against you. I was thinking about ideas of protection, the bodyguard, agency, and how processes of inscription can occur in multiple dimensions. The performance refers to my Windows series, the oldest work in my practice. These are blue ink pieces that encompass biological-looking, expanding drawings embedded with hidden words. Within the performance, the Windows form a ‘skin’, a platform for movement. The signifiers of the performance and how it originated are quite obscure and directly relate to a recent formative experience. They’re kept more as an abstract feeling through sound. For Harlesden High Street, it was about the site-specific nature of working during Covid, and the boundaries of inside/outside. The work was made in real-time as a performance in the space and the title refers to when the police read out your rights. It questions who is let into certain spaces. For instance, when we think of art as a forum or a space for interaction, the question remains with whom? Throughout the space, there was an audio piece taken from conversations with friends and outsiders who were curious about the work, since there are no art spaces in Harlesden. The recordings created an internal world, as if voices inside your head, but they were also voices from outside on the street.

Your practice has also come to incorporate performance. One of which featured at ‘The Institute of Melodic Healing’ on Cork Street during the scaled back Frieze London 2020. Do you feel these performances along with the other mediums you explore, inform each other or do you see each medium as distinct tracks of work?

Though highlighted more recently, performance has always been present in my practice. Painting seems like a more distinct medium, but there’s always a performative element in the making of these works. As my paintings are made on the floor in a large-scale format, there is a bodily element in their creation, which is reflected in the context and themes I work with. The inscription of the body, understood through this fleshy Grid, entails a writing or rhythm. This is also conveyed through immersive installations, as if moving through the insides of a body. Each element informs one another and performance is always present, even as a ghost.

You were born in Malaysia. How long as a child did you spend there? Did art play a big role in your upbringing?

My mum was working in Sharjah in the United Arab Emirates, and returned back to Malaysia for my birth. This was simply for me to get Malaysian citizenship, as my parents wanted to avoid the complications of an Egyptian passport, which is what I would have received from my father’s side. As soon as my mum could travel back for work we did. We visited Malaysia again from when I was 7 and summered there every few years. This has definitely played a part in the materiality, longing and sensuousness of that landscape, of the palette I use, in a way I don’t fully understand. More directly, the use of latex relates to my mother, who worked on a latex plantation in her youth. In my work, there is never a composition or imagined image, but rather a direct or literal reference to the body. It’s a desire to approach abstraction through the opposite end of poetics, thinking about something that is so visceral, which can be read in a different way. At the same time, it is about being what it is.

You graduated from the RCA with a Master's in painting in 2011. How were those first years after graduating? How do you feel your time there prepared you for the path your career has taken since?

After graduating in 2011, I resigned to the fact that working as an artist wouldn’t work out. After having failed my first year, there was an understanding of what this exercise was – that it wasn’t for me. It dampened my drive and I decided to pursue my other passion following graduation, which was a form of art therapy in social work. I ended up as a carer for non-verbal, autistic young adults, until quite recently. Retrospectively, I appreciate that my years at the RCA were actually reality-testing for how we are received through language when we try to articulate ideas to the world. Art school is just that – a testing of articulation. In that way, it did really prepare me, it’s simply that the timescale was delayed.

You make use of a number of different materials in your work, what informs and affects the choices you make in their use?

There are a lot of different forms in the practice – sculpture, video, painting, installation, and sound. What ties them together is a medical, surgical or bodily element reflected in material. In the sculptures, for example, the stainless steel, morgue-like specimen tables are reminiscent of hospitals. In the paintings, there are bandages, muslin or mesh, like gauze over a wound. In the floor installations, there is a consistent use of latex, which has an iodine-like stain and fleshy texture. Each form can be seen as biographical but I think, more broadly, they all have that surgical element to them.

A material that you appear to continually revisit and make use of is newspaper. Can you talk a little about your journey with this as a material and what qualities it brings?

Newspapers are ubiquitous, ephemeral and always to hand. There is this non- preciousness about them that one can elevate. I like to treat words as I would material in a collage. I can do that with newspapers, by cutting out headlines and sticking parts together, rather than say with a book, which is more valuable. I’m less inclined to do that with books. In ransom notes, for instance, the most economical way to send a message is to cut out words from newspapers or magazines and re-arrange them into new meanings. My father also uses newspapers to practice his calligraphy. As a result, chance encounters can occur and meaning can be constructed unconsciously.

When approaching a new work, will you have a composition in mind? Will a painting often go through numerous iterations before you are happy with it?

When making a new work, I don’t have a composition in mind at all. That’s the whole point of the practice: to set parameters which allow for interactions within the materials themselves. What I mean by parameters is for instance the size of the work, or the process of laying a ground with a disturbance. That process then allows for a dynamism and a seeing of what the work needs next. Rather than a composition, I see this as a filling up of space, of whatever space I enter. Procedures are put in place in which the ‘spread’ (as I call it) is punctuated or stopped. Whether in a vitrine table or painting, the ‘net’ could go on as a continuous surface to envelop a whole room. This is what happened in the Harlesden project for example. Each viewing space dictates how the spread unfolds.

In the studio will you tend to work on a single piece at a time or do you have multiple works ongoing?

As a result of this spreading method, I never work on a single piece at a time. If I were to do this, I think the practice would cease to be what it is. I’m either working on 5 paintings in a space at different timescales, with some being years or months old, or moving into the next area of the studio where I work on clusters of objects. I’ll sit down on the sofa to read and then find myself putting certain phrases into a painting. I’ll be dancing in front of the mirror while painting and then this will become part of a performance work. It’s all a form of cross-contamination.

I read that the colour choices you make are often reflected in those colours that make up the different states of bruising, is that correct?

Formally, the bruise is an interesting thing to look at, as it’s composed of layers. In the work, all forms are made up of layers, be that of reference material, fragments, colour, density, or speech. There are always decontextualized layers attempting to form a new whole or body.
I have in mind that Adorno quote, that there can be no poetry after Auschwitz. In regards to aesthetics, abstraction and transcendence, I feel I cannot reach that space in poetry, either by writing or painting, without citing current violence in its bodily manifestation. This is a nuanced process, as is the marbling that happens in livor mortis after death. If you zoom in on the decomposed skin, it can be very beautiful. Yet once you contextualise it and attach it to the body, you zoom out and see the horror. It’s working in that space in between, that fine line.

How are your emotions when you know a piece is finished, do you ever have difficulty letting them leave the studio?

People often ask me this question, because in the sculptures, which include a lot of personal memorabilia, it seems it would be hard to let go. Yet, strangely enough, it’s not. I feel relief when I’ve finished a piece. I have this problem in most other aspects of my personal life – being a hoarder is precisely a pathology of not being able to let go. But this is the only space in the practice where it feels very natural to do so. I almost need to. This is the space away from that fullness, that overbearing too-muchness.

Finally, I want to ask, what are your upcoming plans for 2021?

I’m working on solo presentations at Lehmann Maupin in Seoul, UTA Artist Space in LA and Galerie Thaddaeus Ropac in Paris this year. I’m also exhibiting at British Art Show 9 and working on a research project with Philippines-based curator Renan Laru-an in collaboration with SOAS. 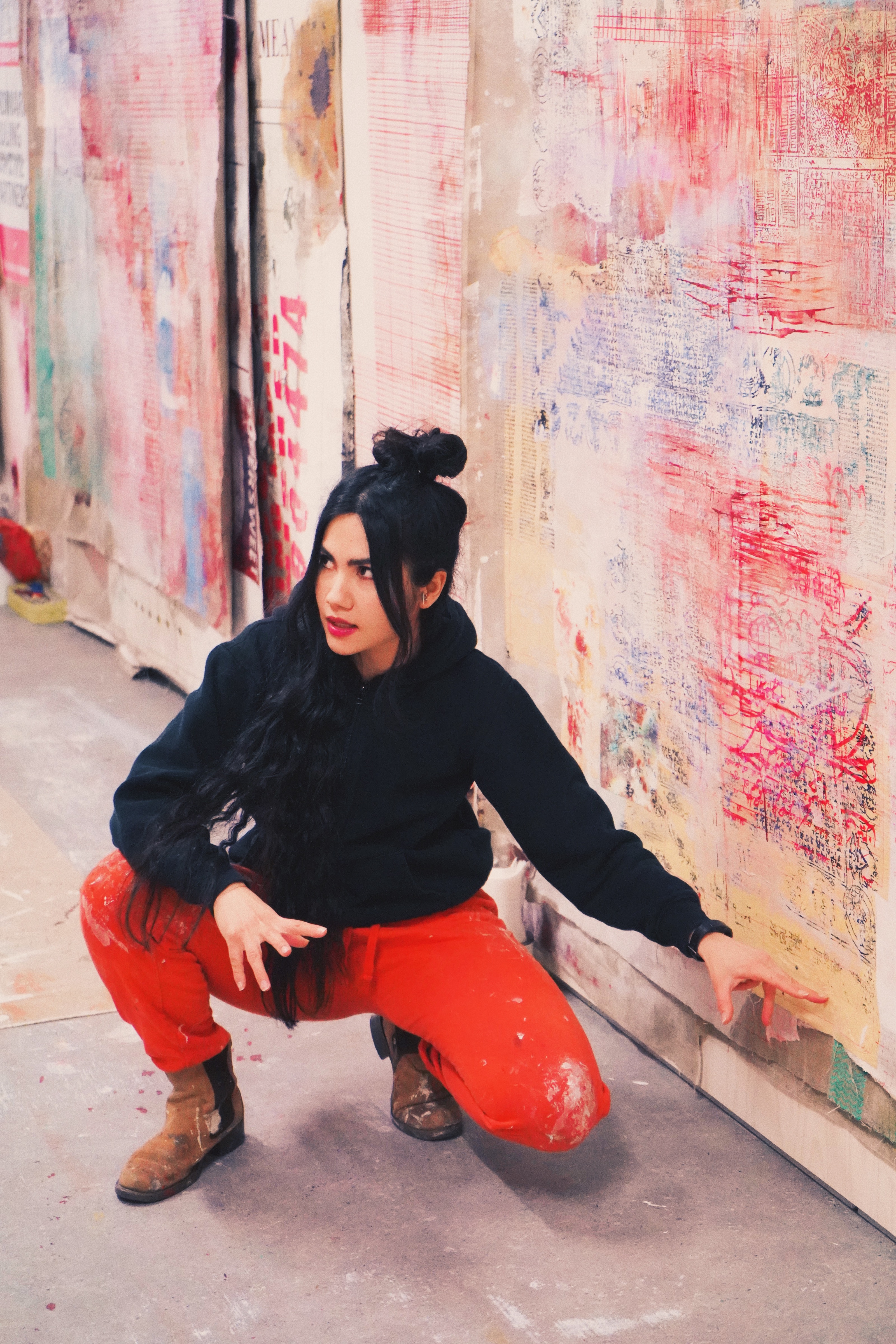 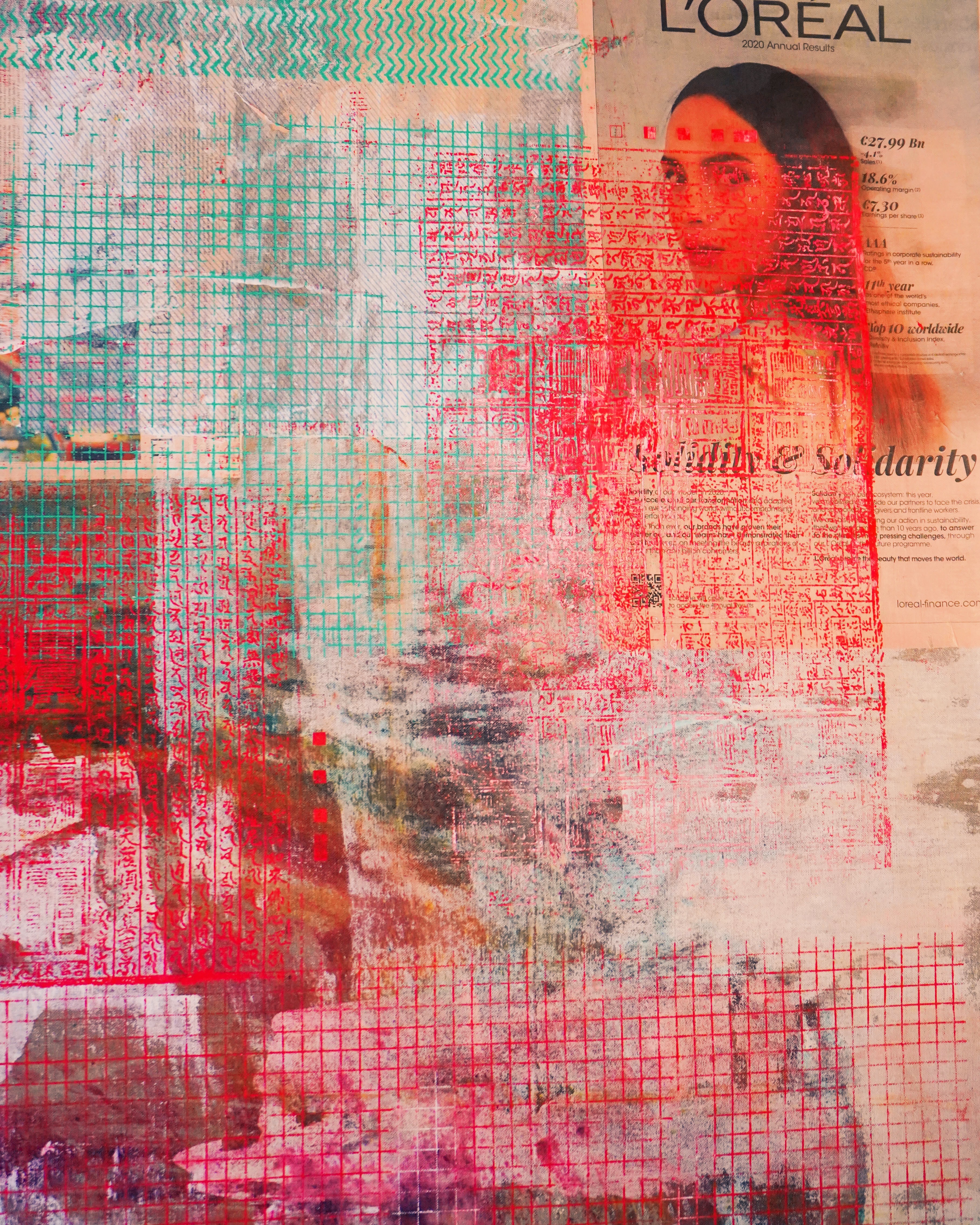 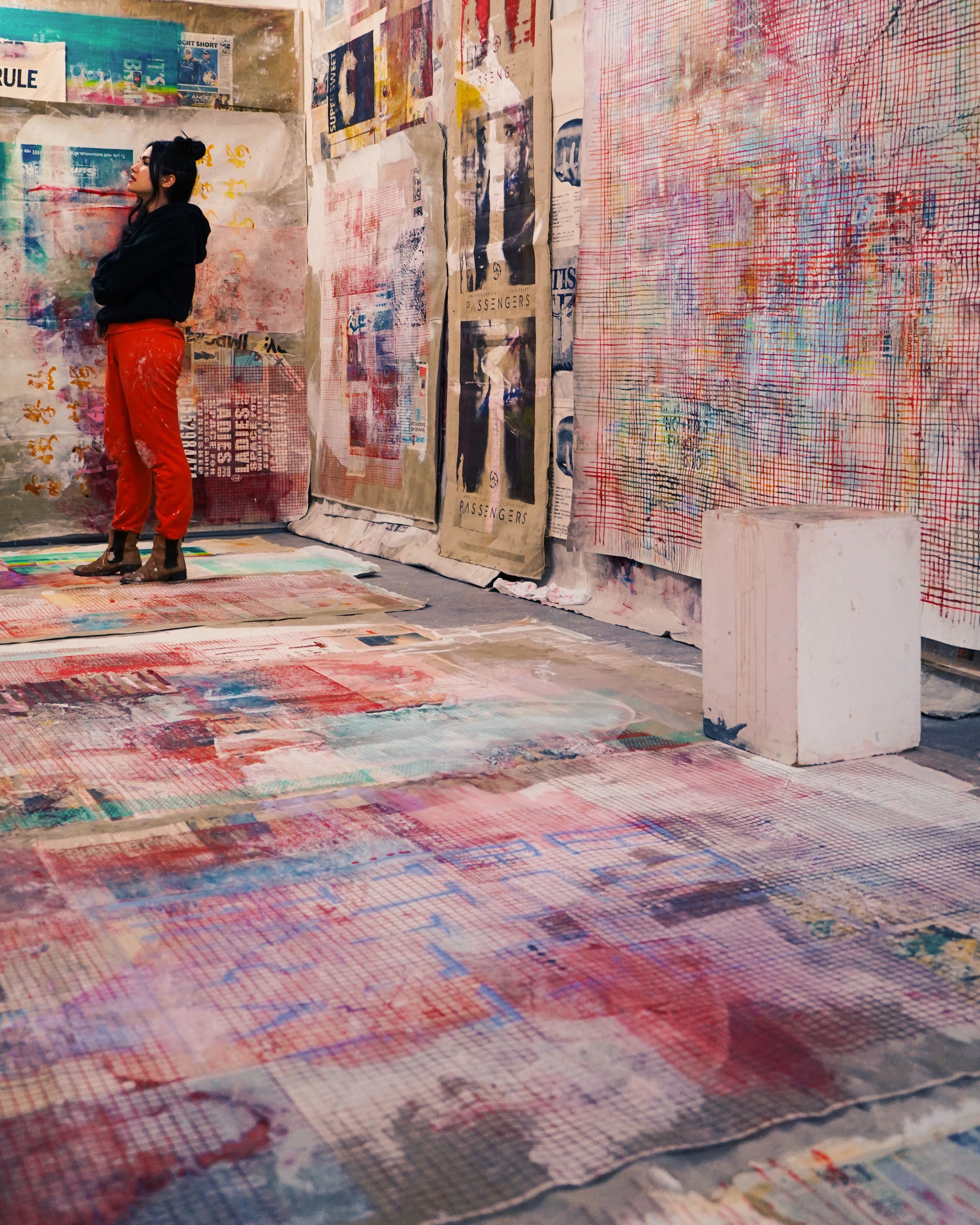 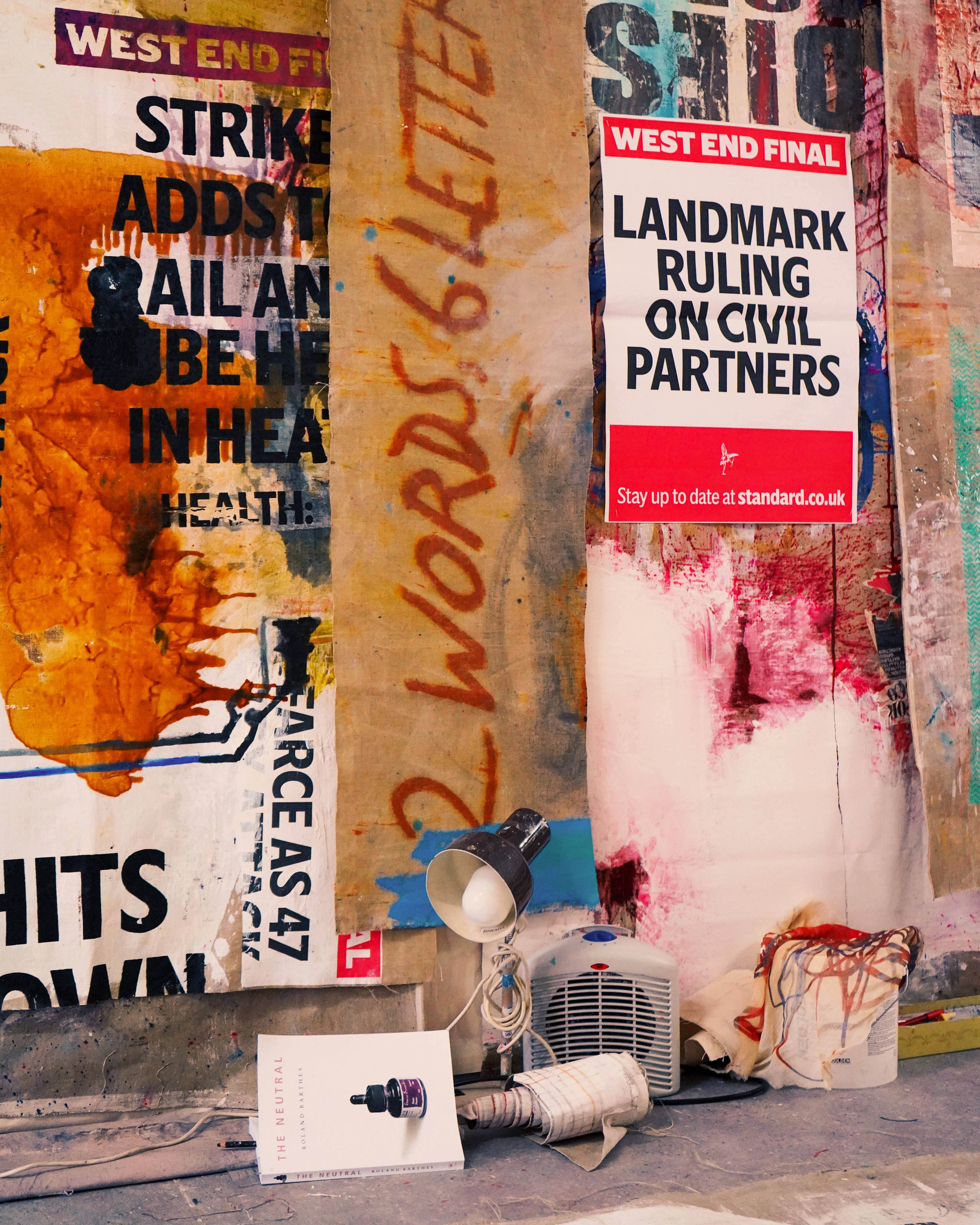 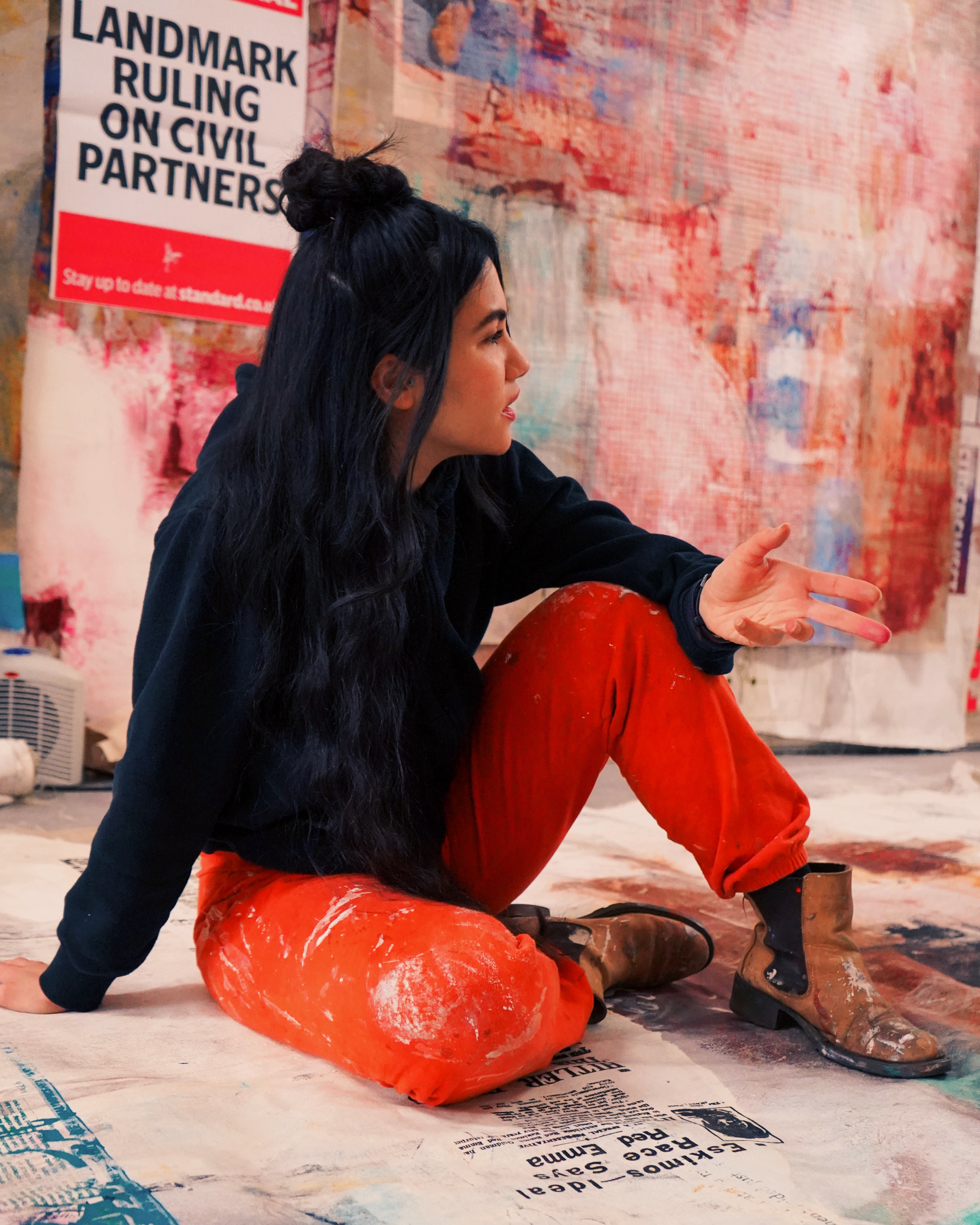 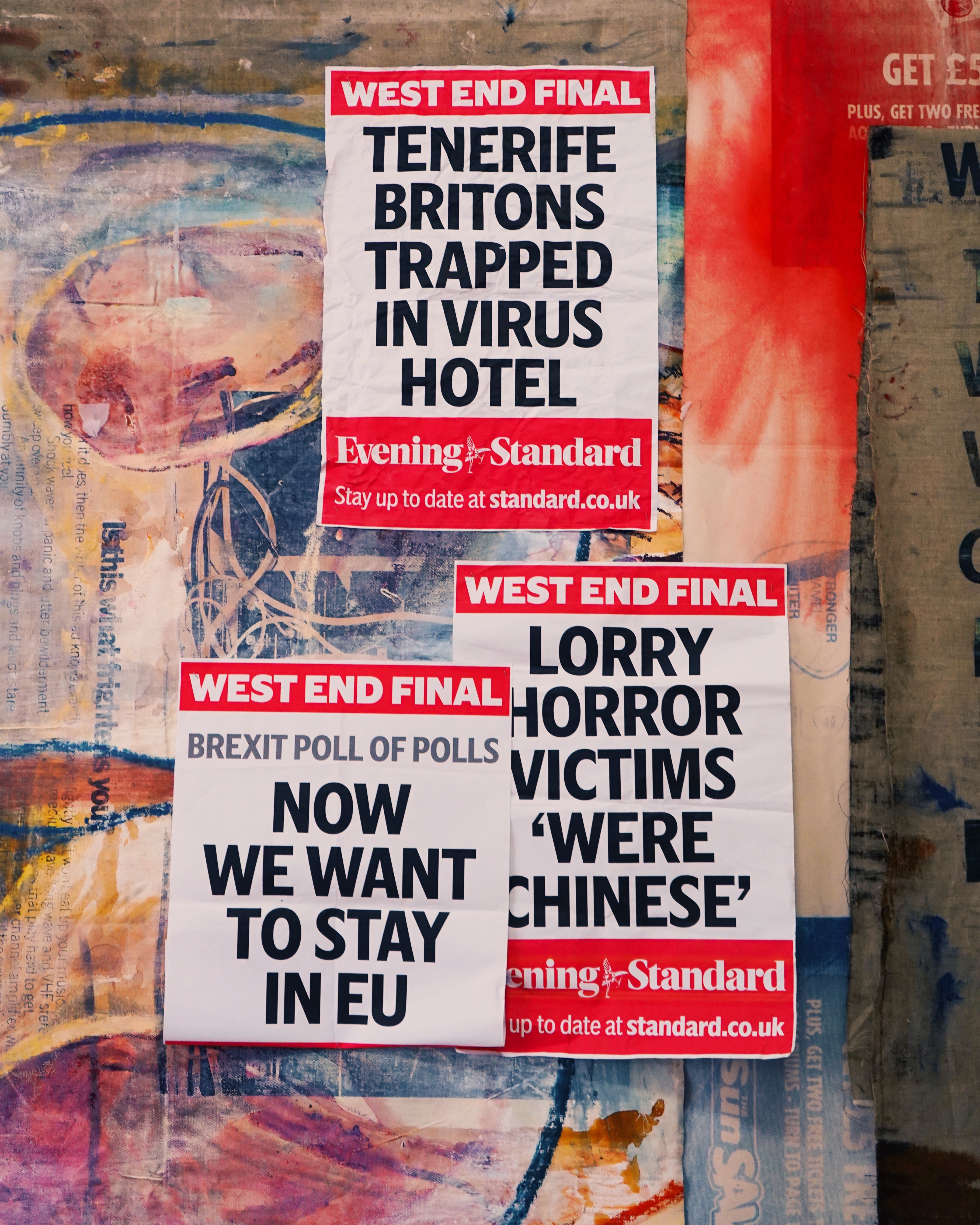