In the Studio with Landon Metz. Words by James Ambrose

I wanted to talk about your current exhibition at Waddington Custot, your first in London. The show ‘Love Songs’ is also your first solo show with the gallery. Can you speak about its concept and how this series of works came about?

The works in ‘Love Songs’ are a continuation of my practice which employs painting as an inquiry into the nature of being.

I understand your interests are broad and include music, was being an artist always an aspiration for you as a child? Did you have any direct influences in the art world growing up?

Growing up in Arizona I felt compelled to play music and saw this as a likely career path. I did however have an older mentor, an artist who moved to New York to study painting when I was twelve. Hearing the stories of his experience with the New York art scene dramatically shifted my understanding of what it meant to create and share art from a young age. Since as long as I can remember I knew I would have some sort of creative output, it’s felt like a very intuitive journey thus far.

You often experiment with scale and space. Your paintings are often very large, made up of multiple canvases, on the other hand they can also be very delicate. Can you talk about the role of scale in your work?

In one regard I simply like the intimacy of small works and the full body temporal experience of larger works; I feel the different scales have the potential to stimulate unique philosophical probes that build upon one another. For example, when experiencing a smaller piece up close you’re more acutely aware of its materiality, whereas a larger piece may draw your attention to your own physicality or the volume of the surrounding environment.

And in regards to their placement, I read that the work is made to be “site-responsive rather than site-specific”. What does this mean to you?

Rather than being reactive to the pre-existing attributes of a single, unique setting, my paintings direct towards a focussed awareness of their immediate surroundings: it’s about intentionally making space in that environment. In the case of my show at Waddington Custot, the exhibition galleries were considered in making the body of work, but they are a non-essential ingredient: my installations work with, rather than altering, the architecture of the spaces they inhabit.

The idea of subtraction and negative space also appears to play a significant role in your paintings, is that correct?

I'm fascinated by the tension between reality and our perception of that reality, mediated by the limitations of our senses. Another way of expressing this is to think about the perceptible, which becomes our internal reality, and the imperceptible, which is hiding in the gaps. This manifests in my work as a unification of form and formlessness.

Is your work always created in a series? How much research is involved when you move on to a new series of work? Are there any recurring processes or constants you go through as they are conceived?

My practice truly functions as a mode of inquiry for me, so in a sense each new expression is deeply indebted to those that came before it and each paves the path for subsequent investigations. I’m pulling a thread and trusting the process, humbly learning along the way.

There is definitely an energy in the relationship of the shapes detailed in your works, how do you determine the makeup of the paintings you create? Will they be sketched first?

I draw loose delineations of the compositions in colored pencil based on sketches before I paint. If you look closely you can see these as veins floating near the outer edges of the forms in most of my works.

What informs and affects the choices you make in “colour” within your practice?

I’m often asked this question and a friend once poetically said it feels as though it’s the first time these colors have come into existence. I love this sentiment so much I wouldn’t want to contaminate it with any didactic explanations.

In the studio will you tend to work on a single piece at a time or do you have multiple works ongoing?

In the studio, as in life, I’m most effective when focusing on one thing at a time with dedicated presence.

Being an artist is all I know, it’s my life. I’m grateful to have access to this language, humbled to have an audience and genuinely excited to see where it goes everyday.

Finally, I want to ask, what are your upcoming plans for 2022?

I currently have a solo exhibition up in London at Waddington Custot and solo exhibitions opening in March in Copenhagen at Von Bartha and June in New York City at Sean Kelly. 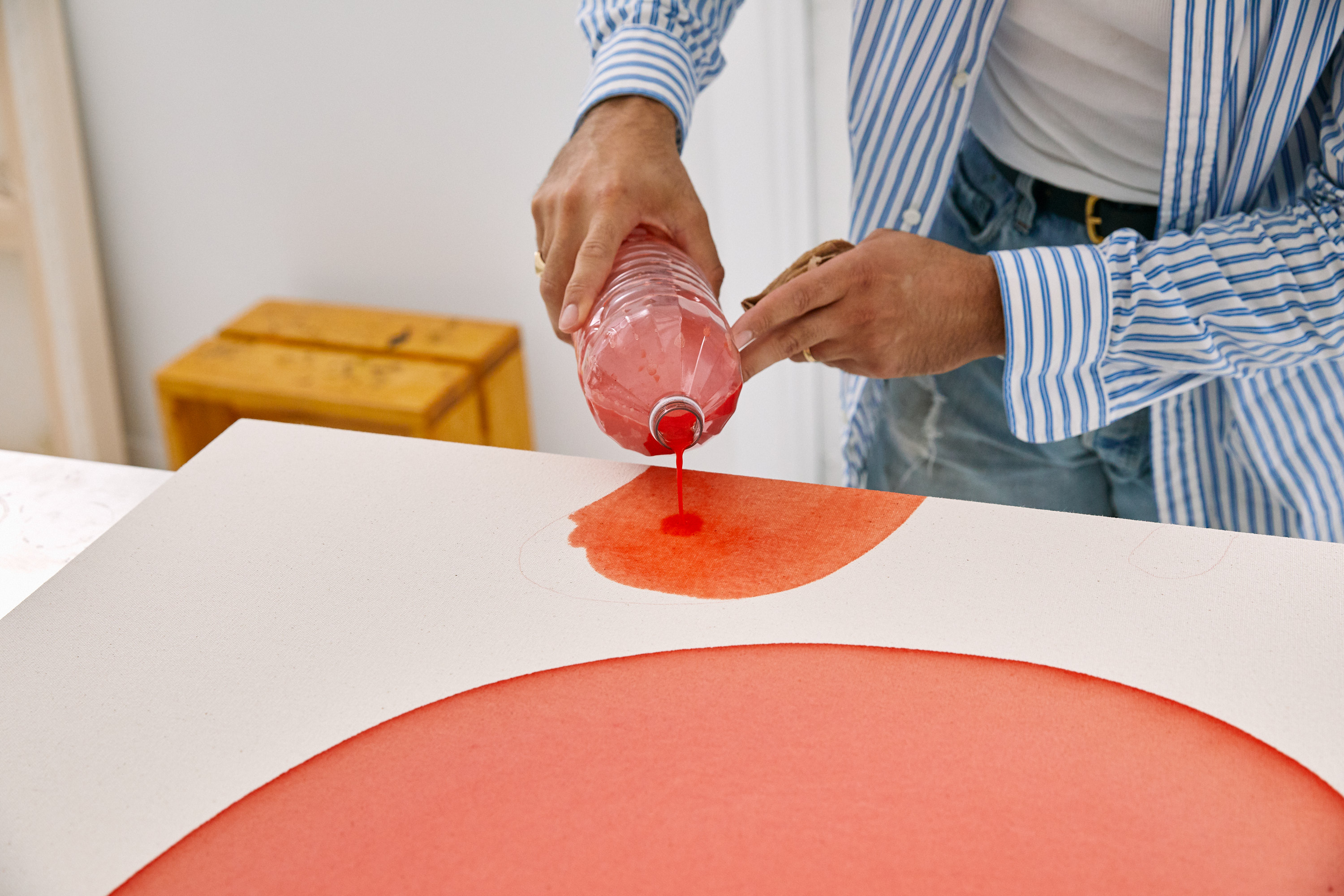 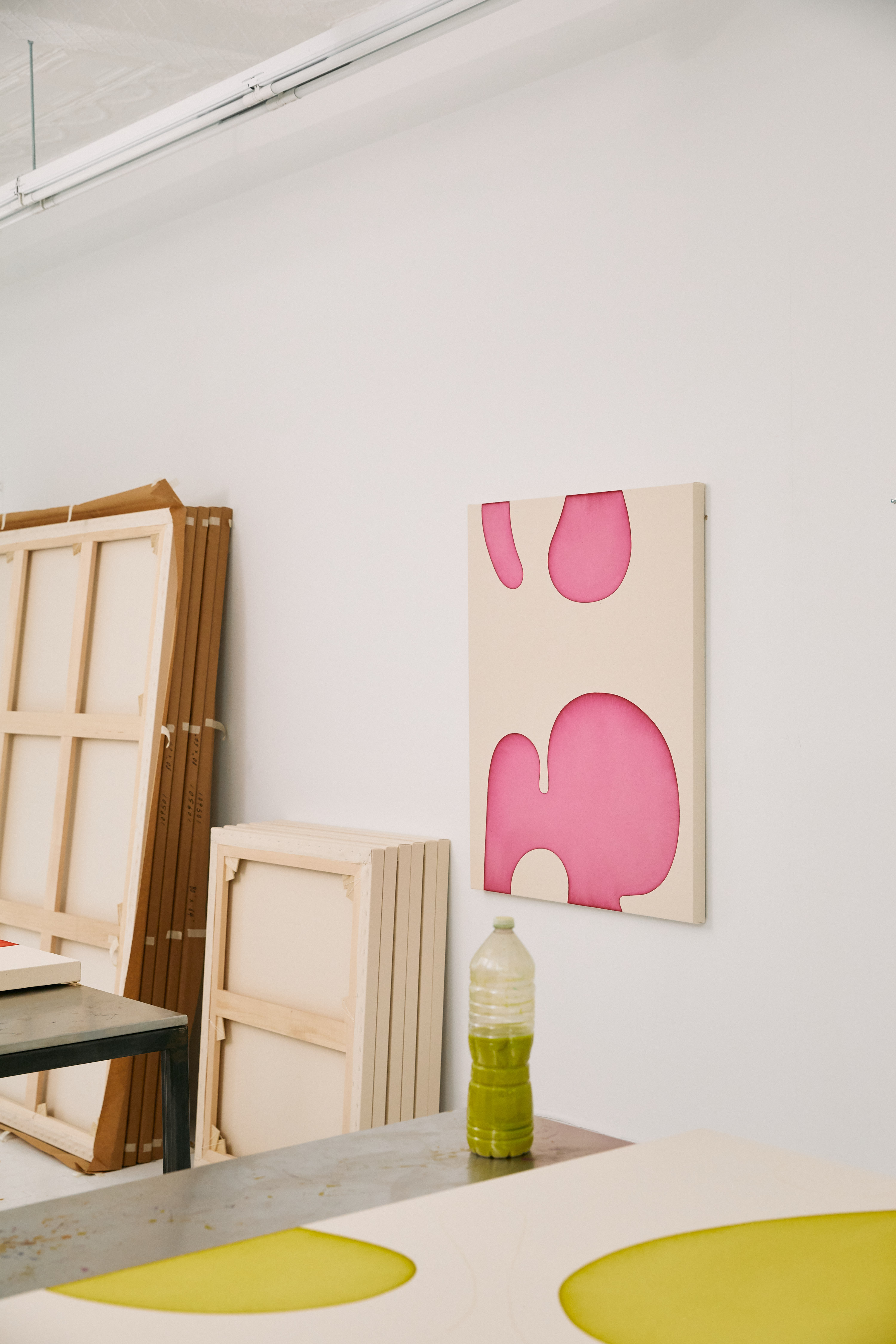 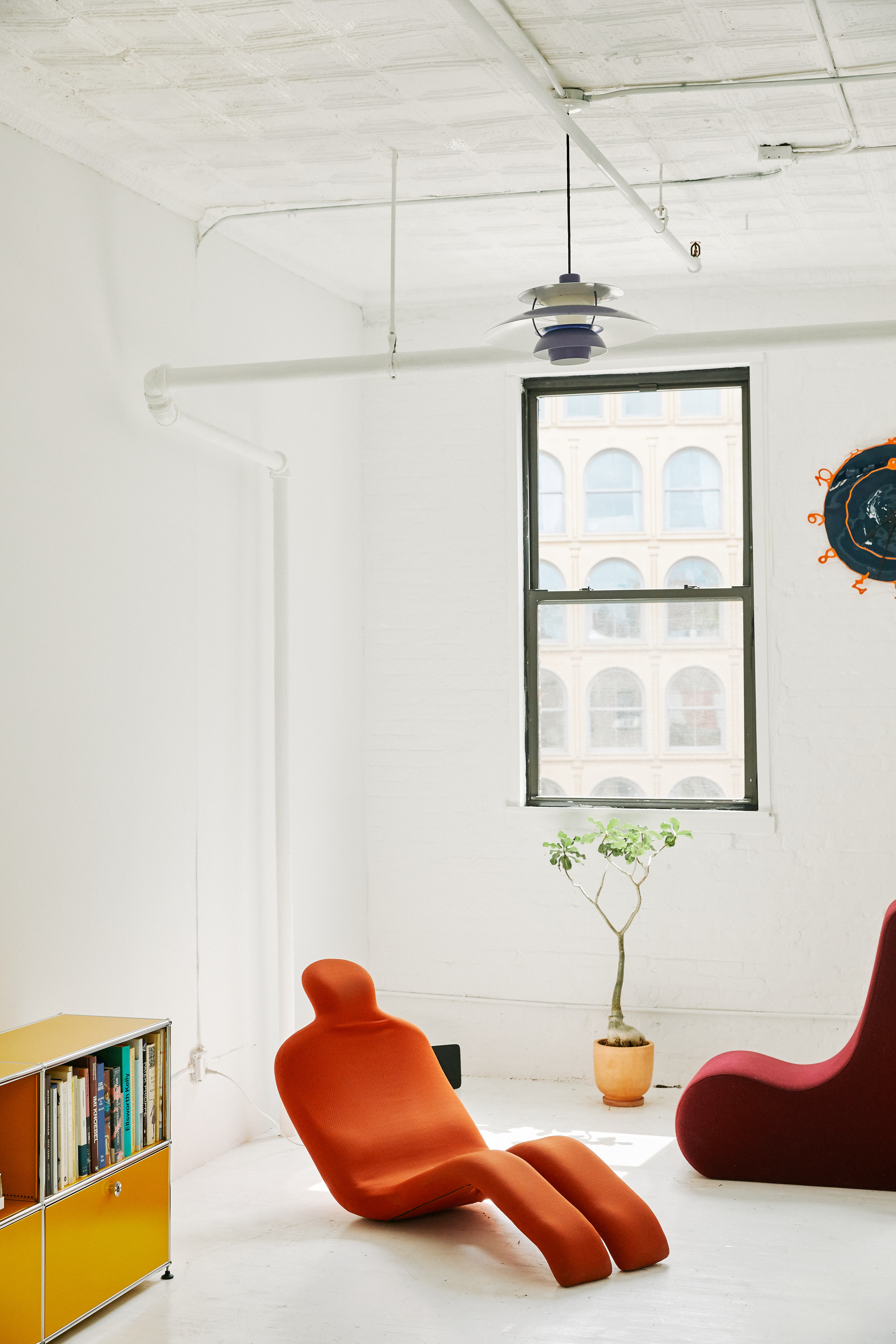 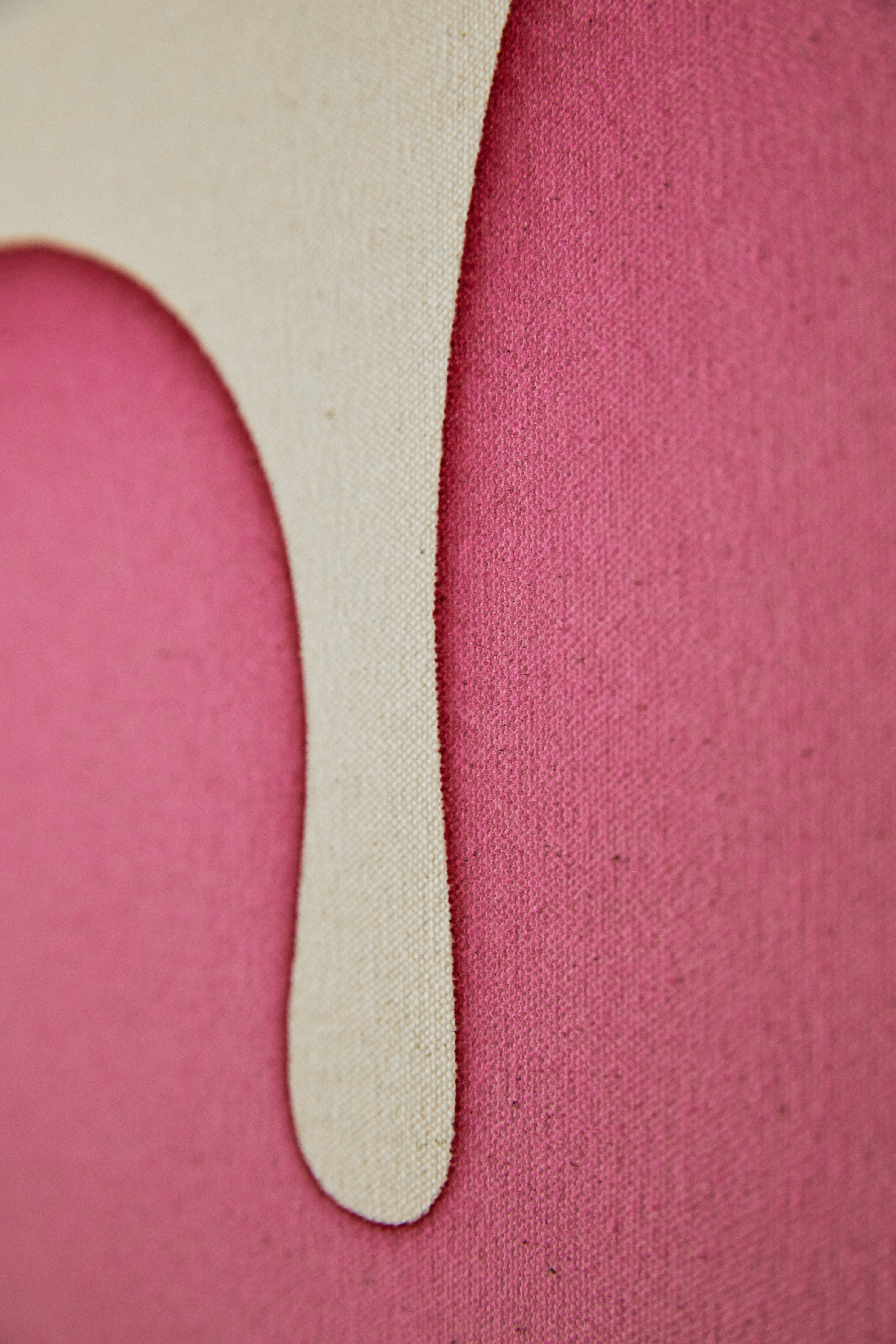 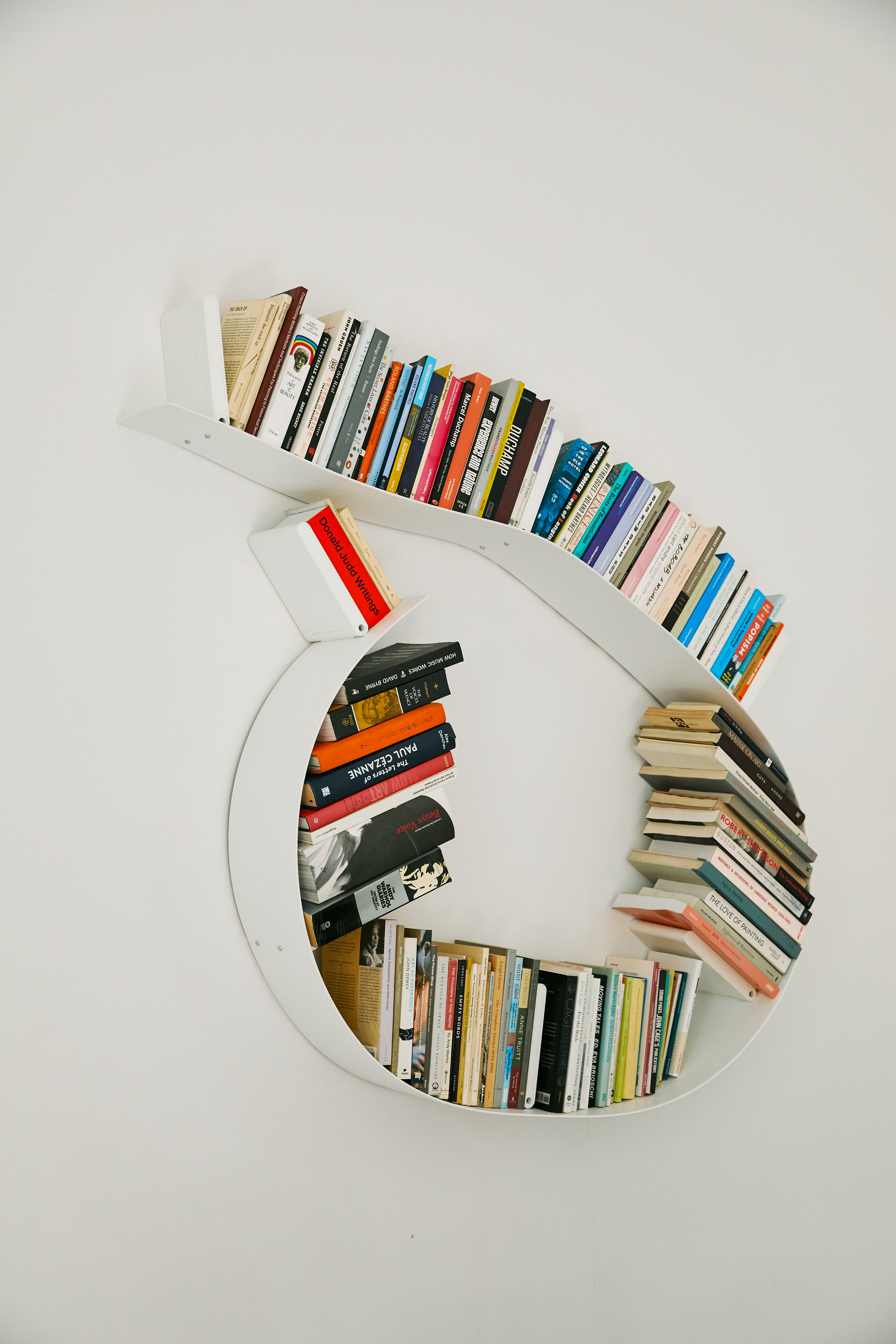 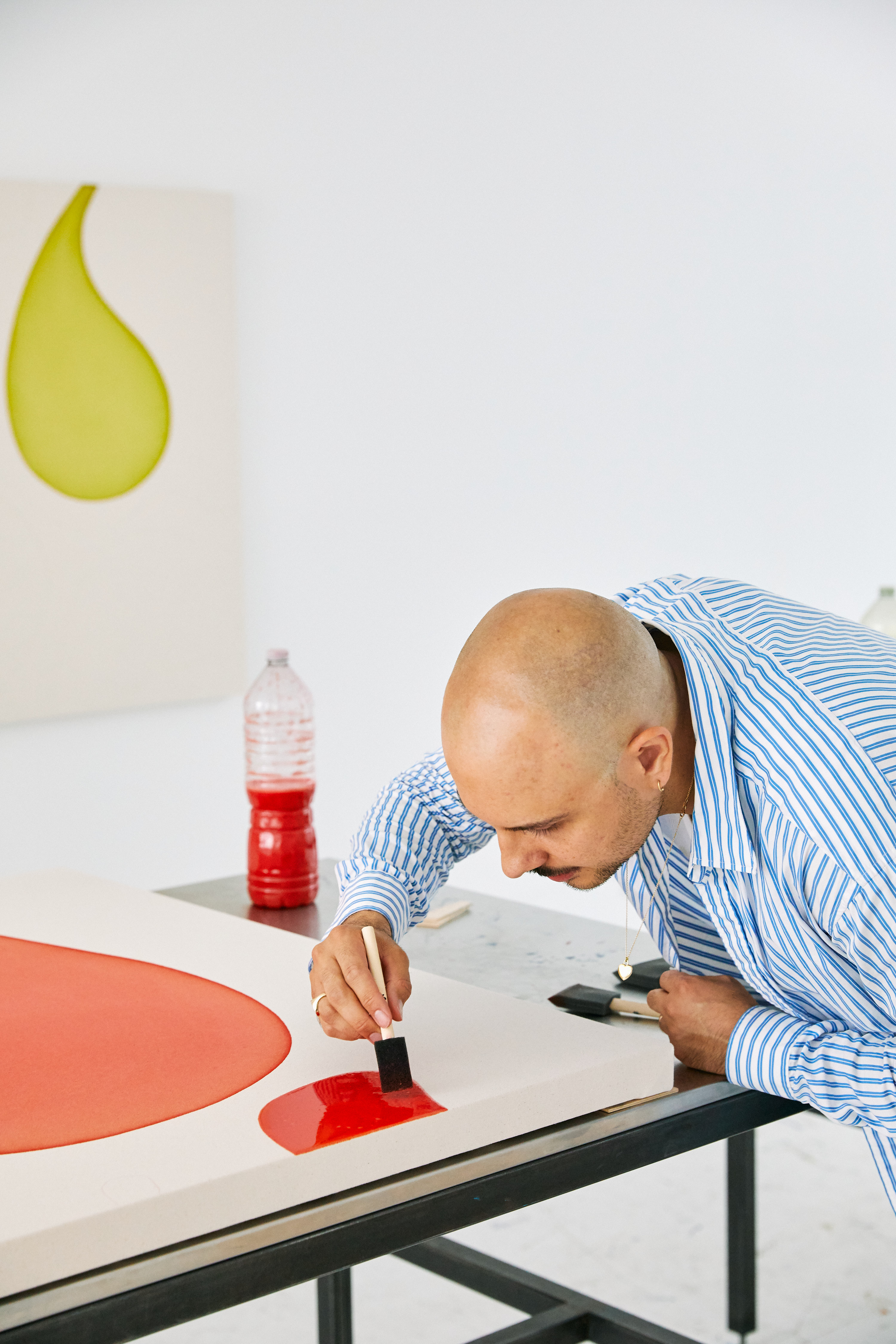